Sleepy Politicians in Pictures: Do They Literally Sleep Over Matters?

Studies have suggested politicians are among the most sleep-deprived members of our society. It isn’t exactly surprising given the high degree of stress and anxiety related to the jobs of politicians and policymakers; tight schedules and frequent travelling make the matter worse.

Research conducted by the UK-based Sleep Council, which compared eight groups, found the average politician got a little over 5 hours of sleep every night. In fact, only hospital doctors (and specifically those on call) had less, averaging 4.5 hours.

Here are some instances where politicians from across the world were caught taking a quick nap or yawning during working hours. 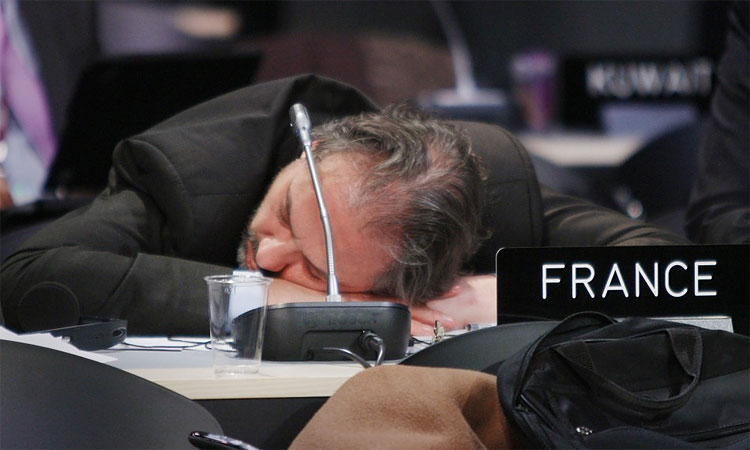 A delegate from France sleeps during a break in an all-night plenary meeting at the UN Climate Change Conference 2009 in Copenhagen December 19, 2009. (REUTERS/Bob Strong) 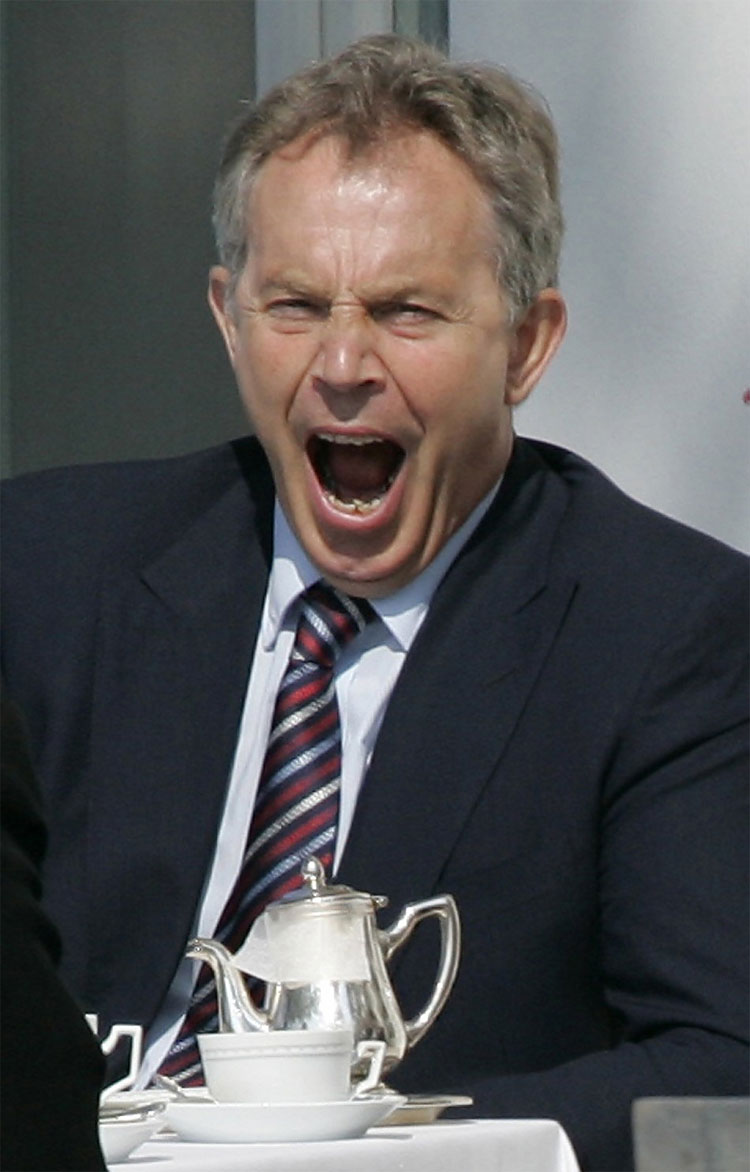 British Prime Minister Tony Blair yawns before a meeting in Heiligendamm June 7, 2007. Leaders from the world’s major industrialised nations meet in the Baltic resort of Heiligendamm on June 6-8 for a Group of Eight (G8) summit. (REUTERS/Denis Sinyakov) 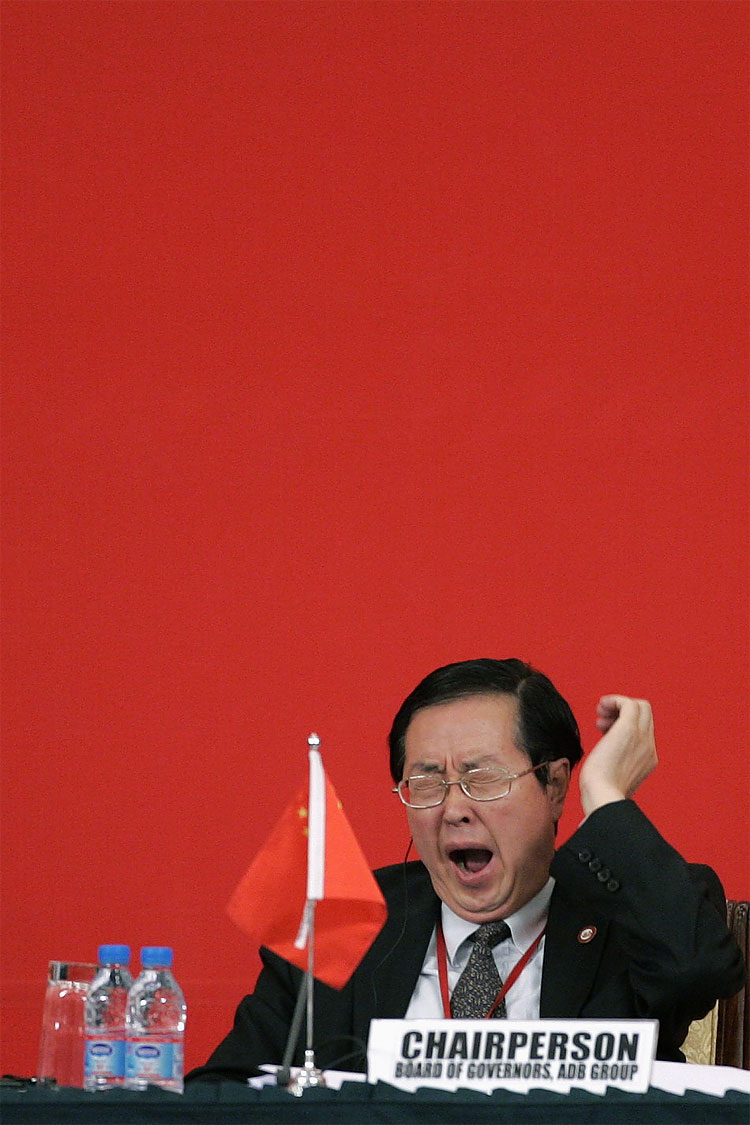 Governor of the People’s Bank of China Zhou Xiaochuan yawns during the annual meeting of the Board of Governors of the African Development Bank Group held in Shanghai May 16, 2007. (REUTERS/Aly Song) 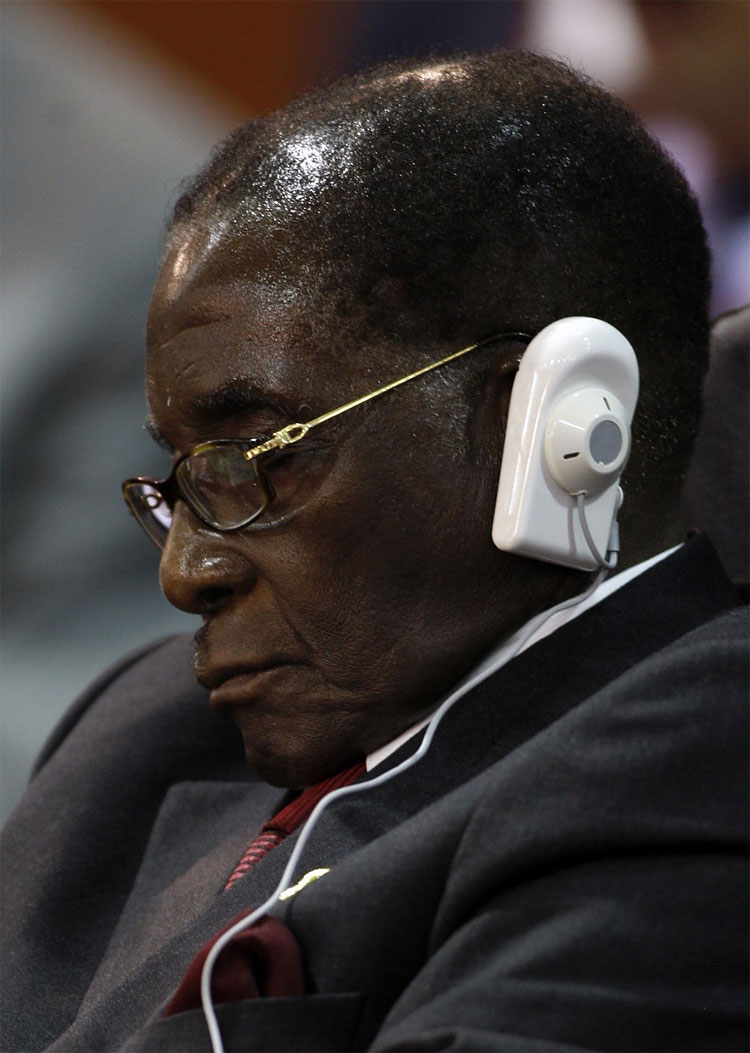 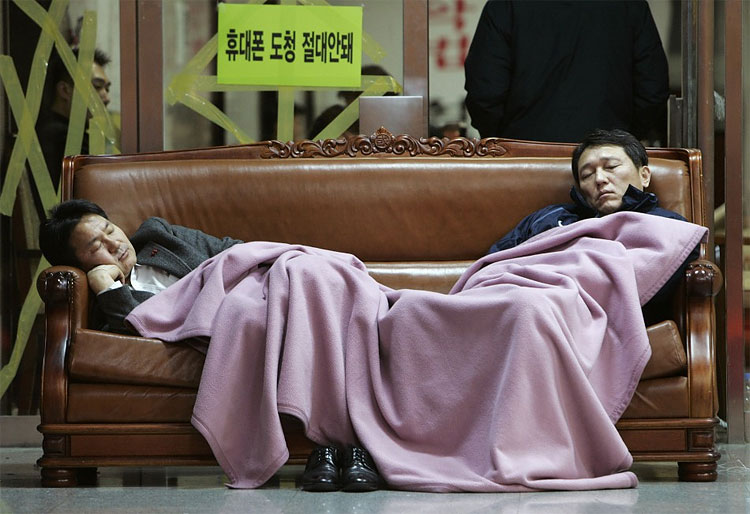 Kang Ki-jeong (L) and Choi Jae-seong, lawmakers of the main opposition Democratic Party, sleep on a sofa which is used as a barricade to block a doorway of the National Assembly plenary session hall in Seoul January 4, 2009. (REUTERS/Jo Yong-Hak) 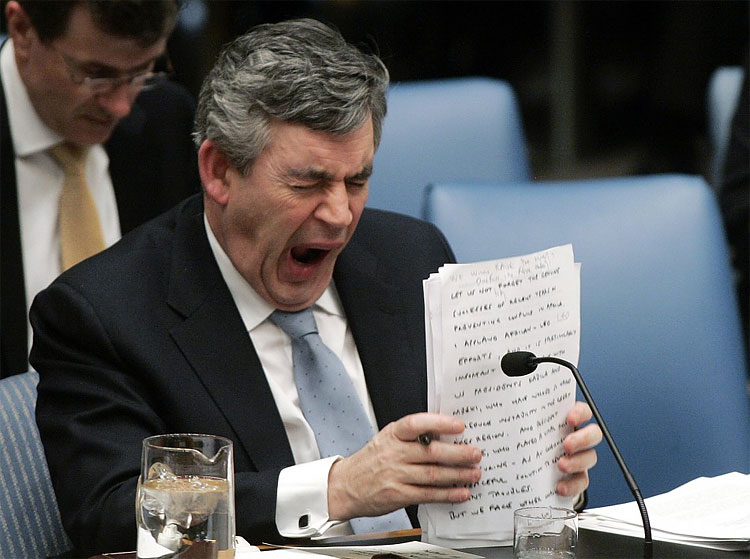 Britain’s Prime Minister Gordon Brown yawns inside the Security Council Chambers during a high-level meeting on peace and security in Africa at the United Nations headquarters in New York April 16, 2008. (REUTERS/Shannon Stapleton) 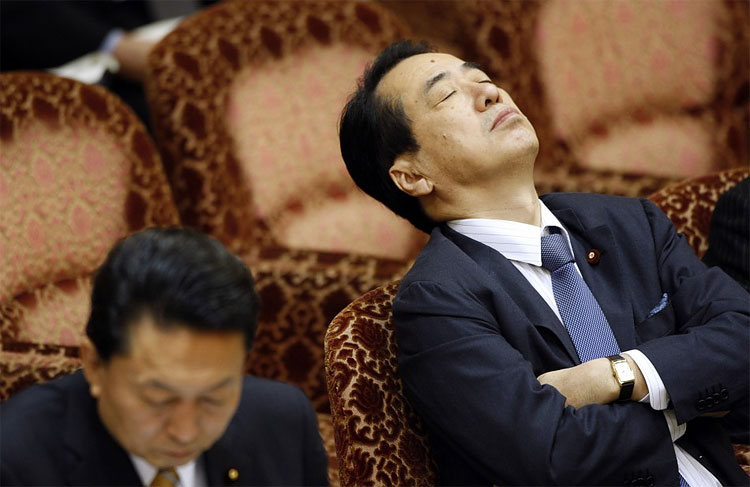 Japan’s Finance Minister Naoto Kan (R), next to Prime Minister Yukio Hatoyama, attends the Upper House Budget Committee at the parliament in Tokyo March 10, 2010. Kan shot down the idea of a formal policy pact with the Bank of Japan as the government aims to strike a delicate balance between pushing the central bank to ease further and respecting its independence. (REUTERS/Yuriko Nakao) 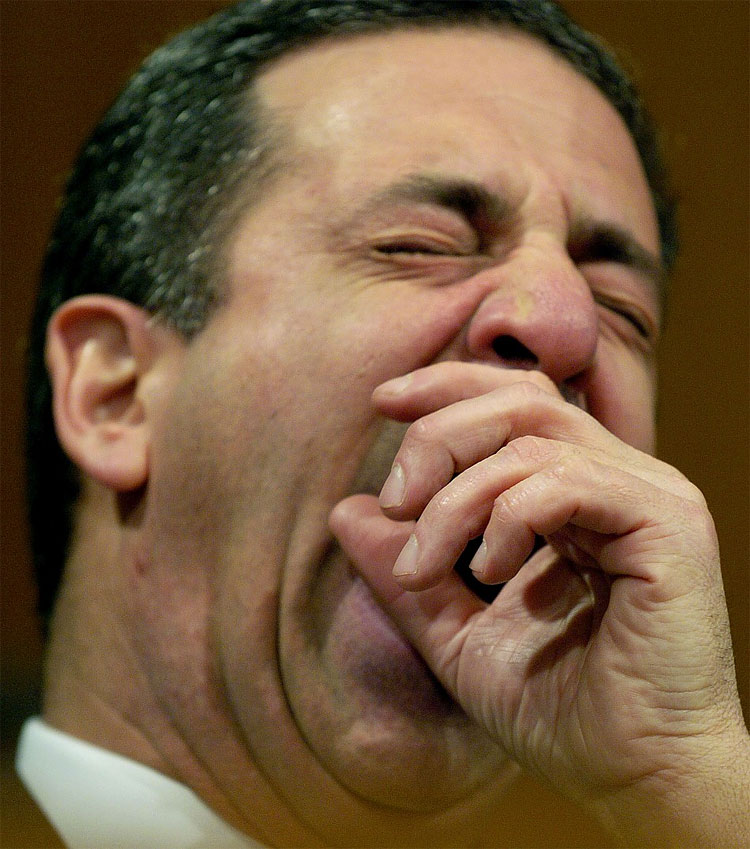 Senator Russell Feingold (D-WI) yawns during the confirmation hearing for U.S. Supreme Court nominee Samuel Alito in Washington January 10, 2006. Alito told the Senate Judiciary Committee that no president was above the law when pressed on Bush administration policies on torturing prisoners and domestic spying. (REUTERS/Jonathan Ernst) 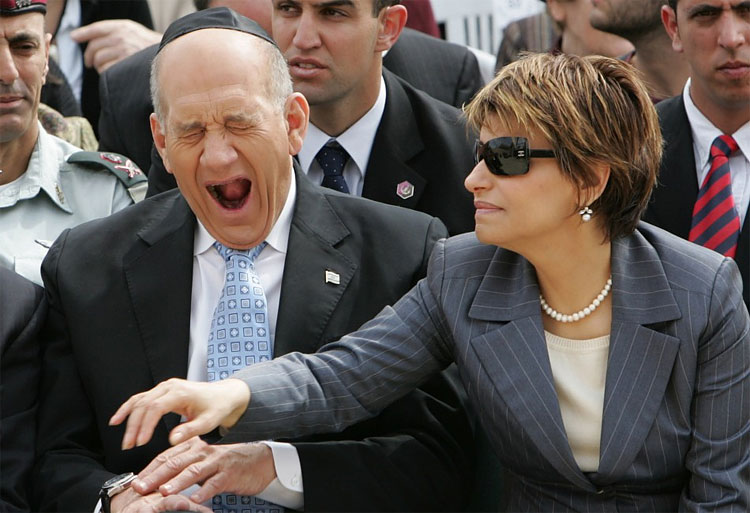 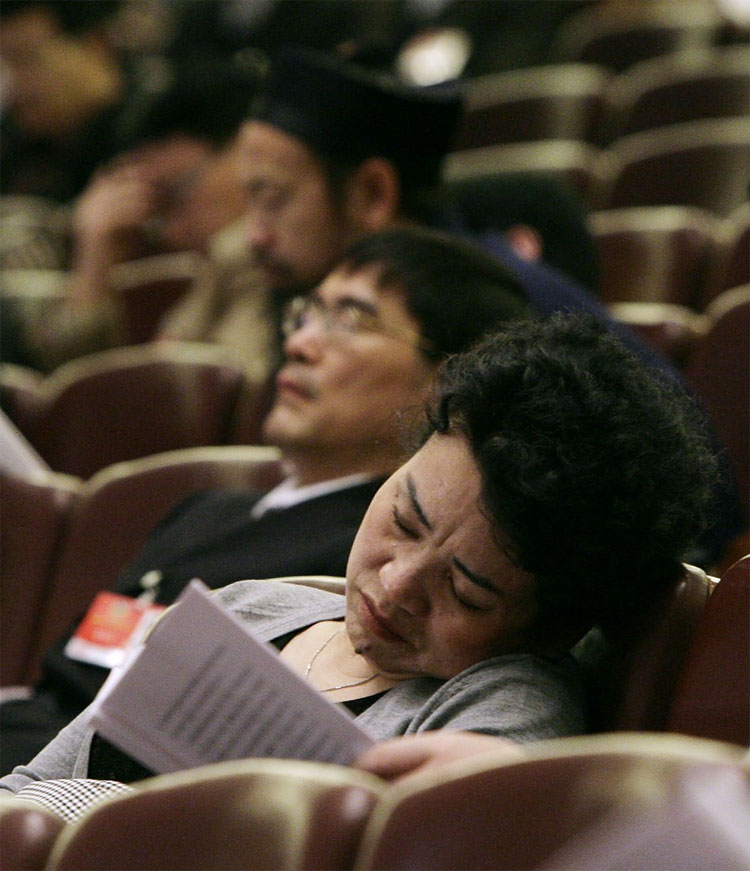 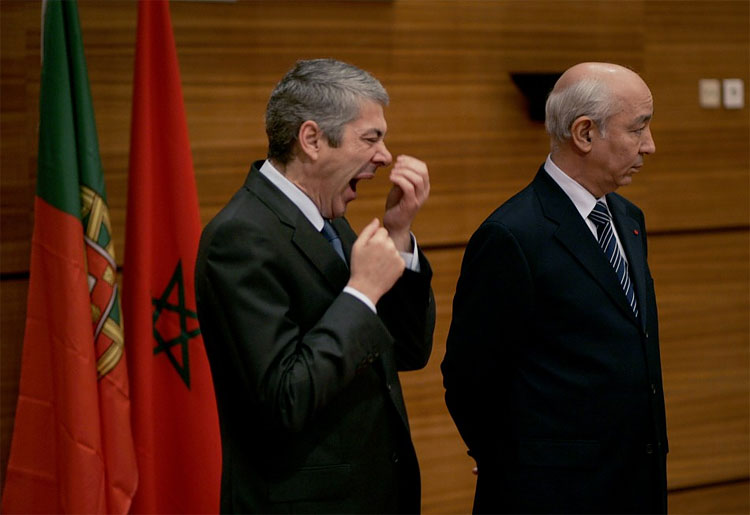 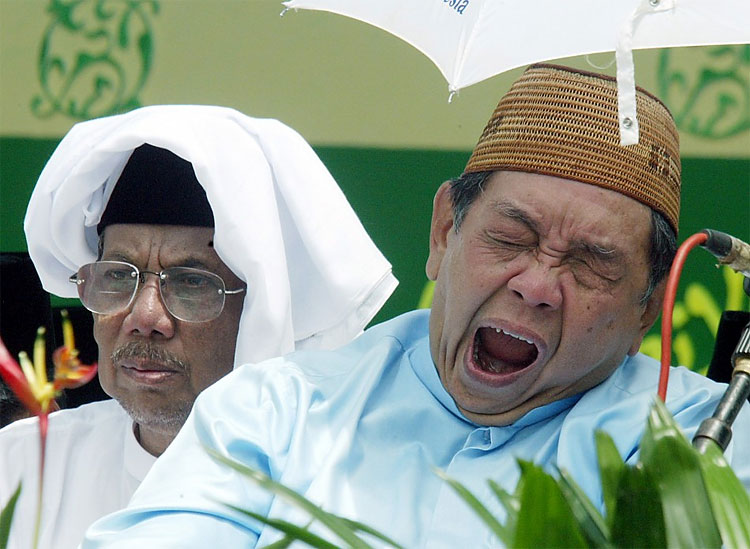 Former Indonesian President Abdurrahman Wahid (R) yawns next to Hasyim Muzadi, chief of the 40-million strong Nahdlatul Ulama, Indonesia’s leading Islamic organisation, during a prayer gathering in Surabaya on March 9, 2003. Up to 800,000 people gathered in Indonesia’s second-largest city of Surabaya on Sunday to pray for peace in the biggest anti-Iraq war event yet in the world’s most populous Muslim nation. (REUTERS/Beawiharta BEA/FA) 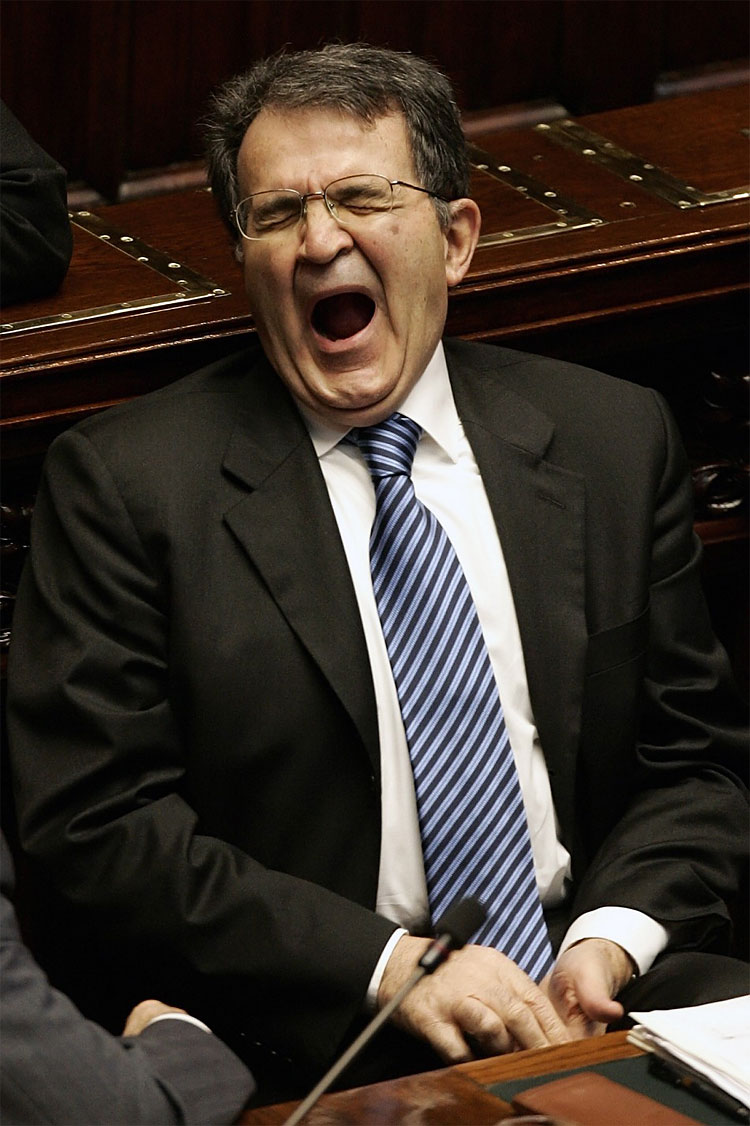 Italian centre-left leader Romano Prodi yawns as he listens to a debate in the lower house of parliament in Rome March 2, 2007. (REUTERS/Max Rossi) 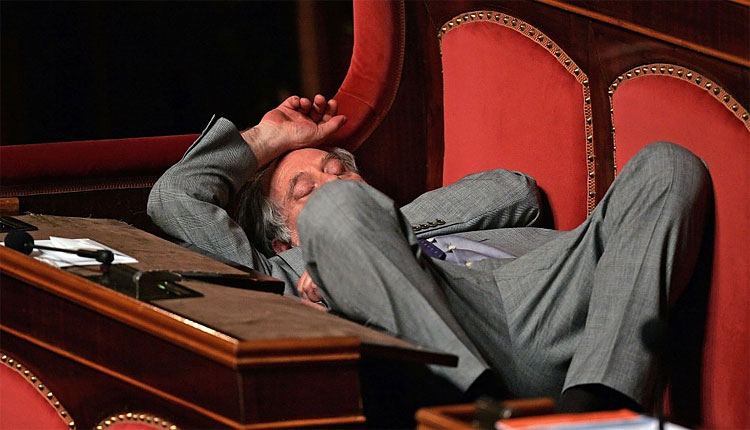 An unidentified senator rests during a break at the end of the third round of votes to elect the new Senate speaker in Rome April 28, 2006. (REUTERS/Max Rossi) 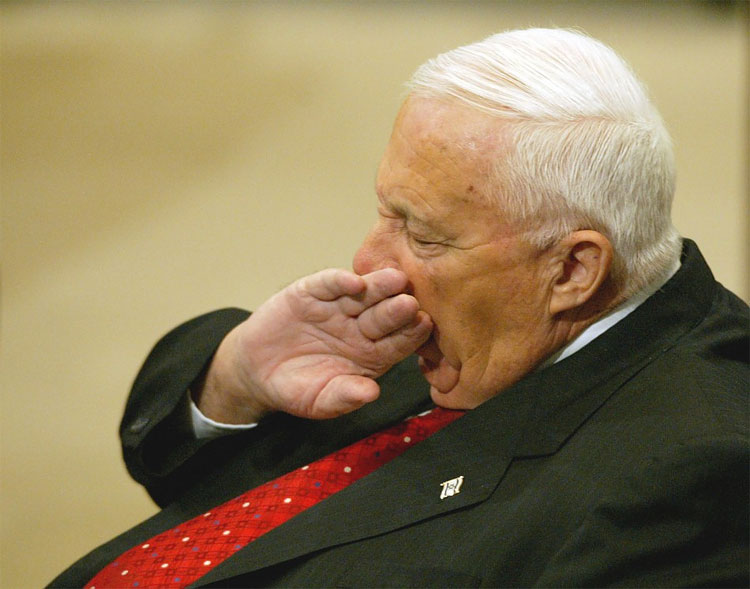