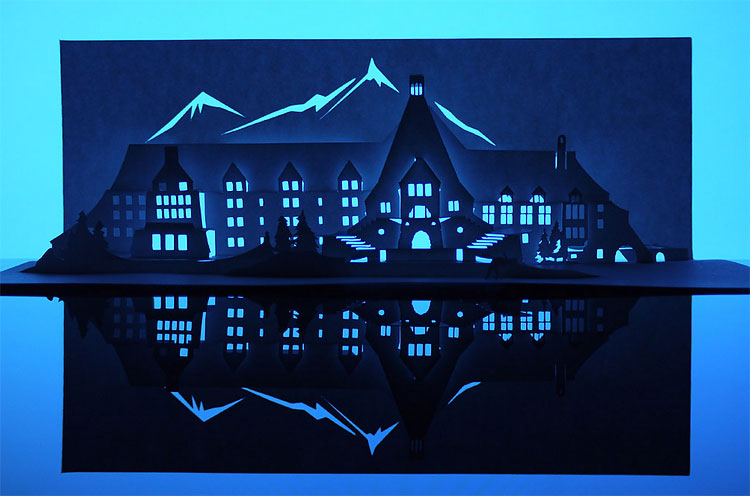 The technique Marc uses is called kirigami, which is like origami except the paper is both cut and folded. There are no adhesives used. If you’ve ever made a paper snowflake, then you’ve done kirigami! 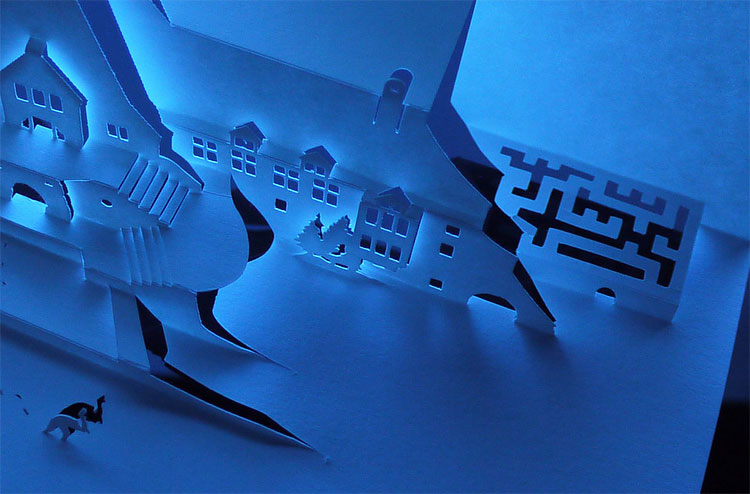 The Shining Horrorgami – The Overlook Hotel 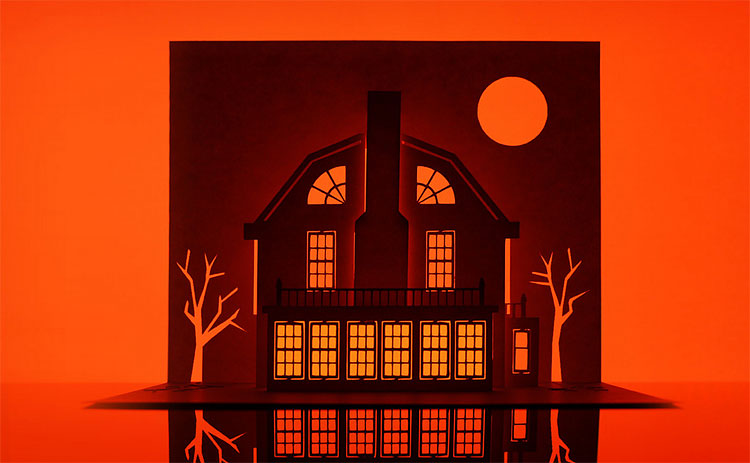 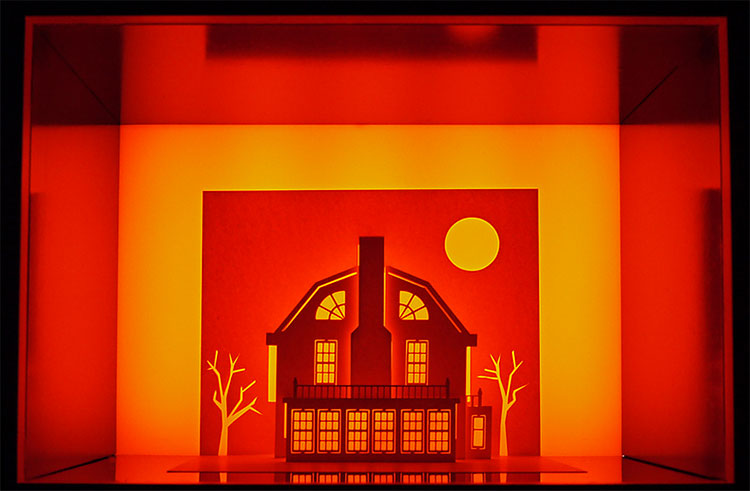 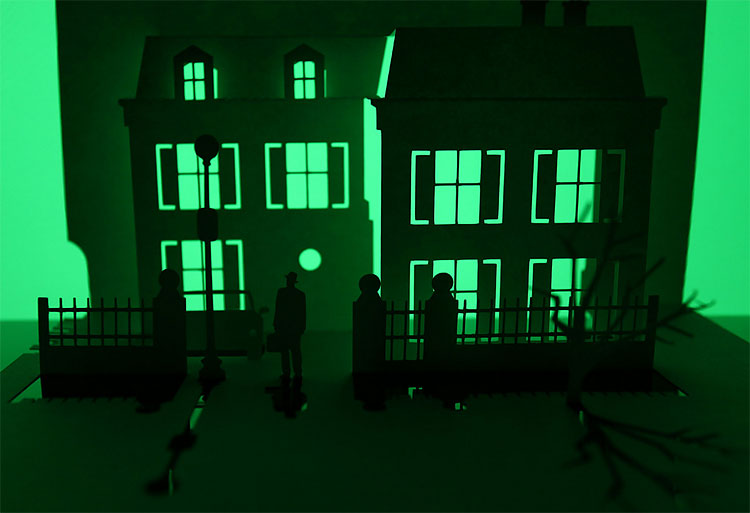 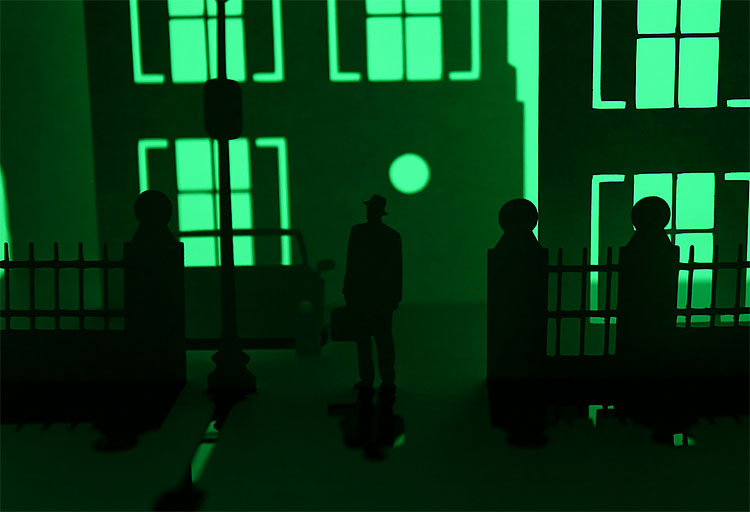 The Exorcist Horrorgami – The MacNeill Residence 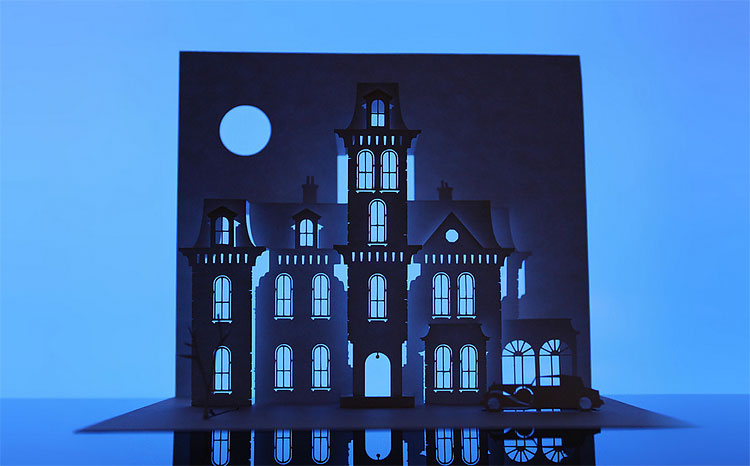 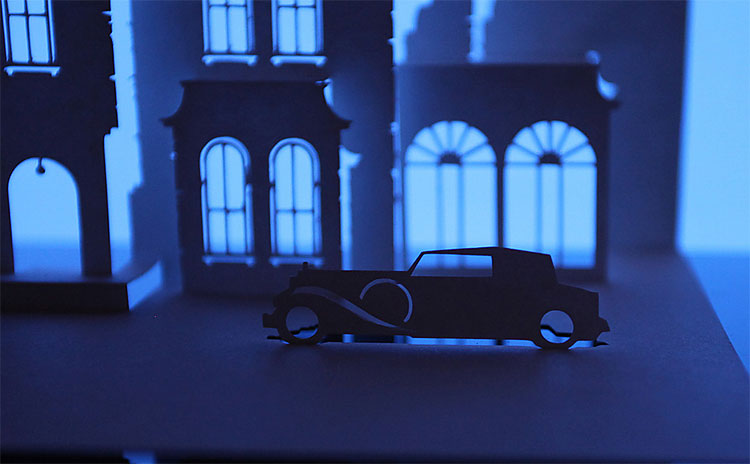