Photo of the Day: Free Ride 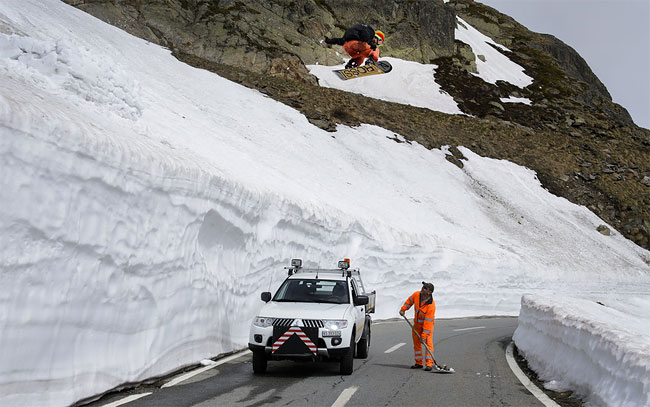 Snowboarder Sebastien Jam jumps above a roadman during a photo shooting on June 12, 2013 on the road of the Grand-Saint-Bernard pass. The road maintenance the canton of Valais is taking off the last snow on the 2473 meters high mountain pass after exceptional snowfalls in recent months. Connecting Switzerland and Italy, the Grand-Saint-Bernard pass is due to reopen for the summer season with two week delay on June 14, 2013. (Fabrice Coffrini/AFP Photo)