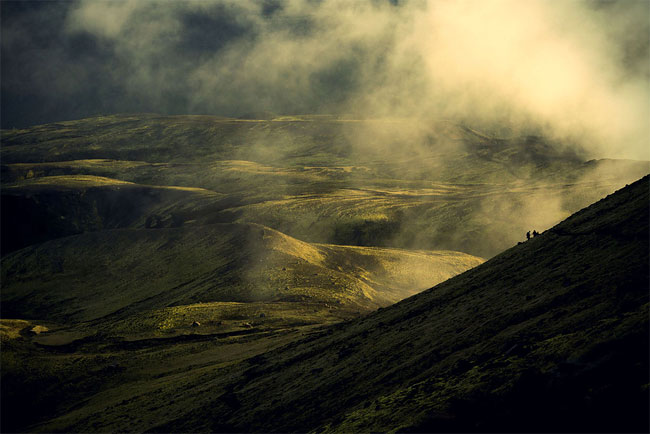 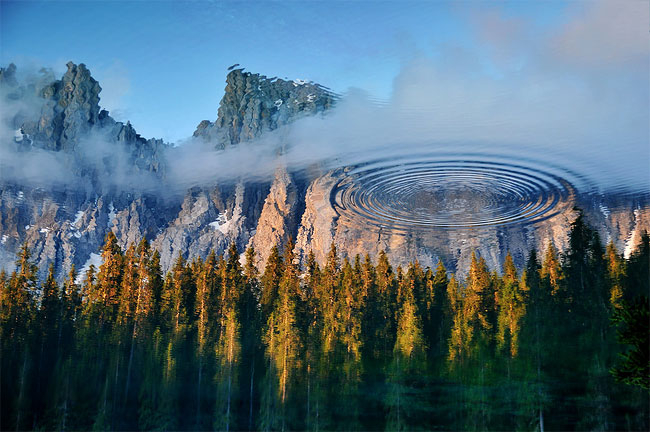 “Carezza Lake”. Carezza lake is a pearl of the Dolomiti. Nestled between an ancient forest of grand firs and the Latemar mountain is place of legends and beauty… a nymph lives under its emerald waters. I threw a little stone in the water to add a little mystery to the scene. Photo location: Carezza, Bolzano, Italy. (Photo and caption by Antonio Chiumenti/National Geographic Photo Contest) 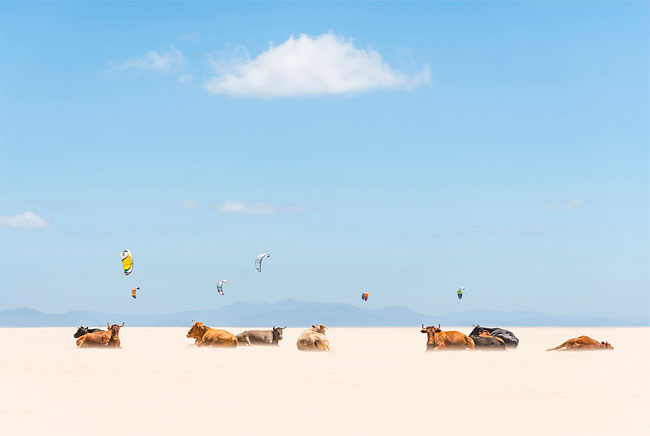 “Cows And Kites”. I was driving along the beach highway when i noticed the bulls sunbathing on the empty beach. I initially thought i was seeing things,but no it really was sunbathing cows!! I had to park my car a fair distance away and that meant a long walk along the beach in 35 degree heat. It did not matter because i had to get the shot! When i got closer to them i was careful not to spook them so i crawled on my stomach on the hot sand to get a good picture of them. Mission Accomplished! It was worth the effort! Photo location: Tarifa Beach, Andalucia, Spain. (Photo and caption by Andrew Lever/National Geographic Photo Contest) 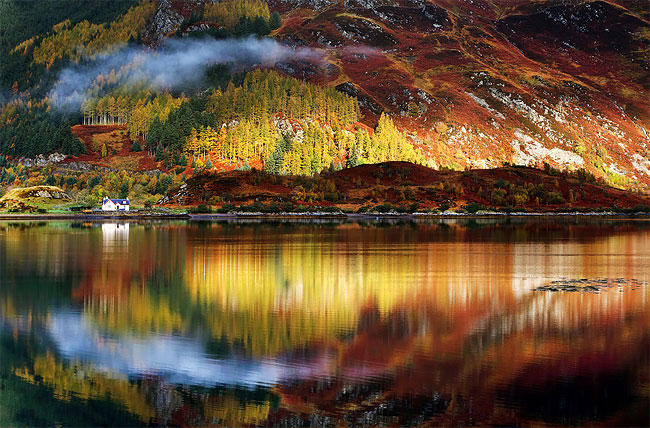 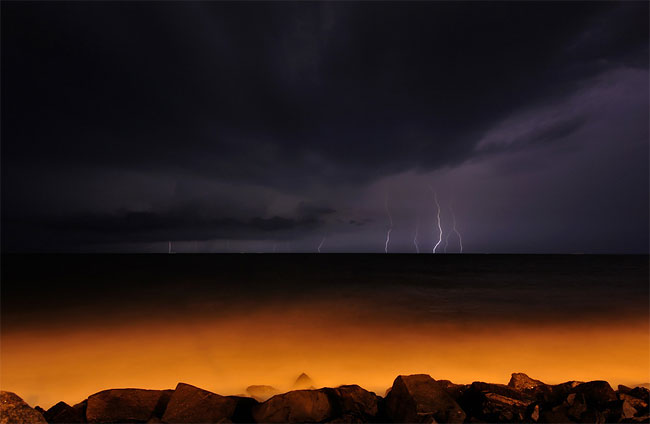 “Surreal Bay of Bengal”. This evening it rained a bit in Pondicherry, India. Later, the rain subsided, but there was persistent lightning over the sea. I wanted to make a dream-like frame where the rough sea will smooth out and I’ll be able to show the drama happening in the vast sky. I set the camera at f/16 aperture and shot a few long exposure frames at 16mm. Since, I was making a single exposure shot, I had to balance between the manual exposure duration and the amount of lightning that I wanted in the frame. The orange glow is from nearby street lights. Photo location: Pondicherry, Pondicherry Union Territory, India. (Photo and caption by Sandip Dey/National Geographic Photo Contest) 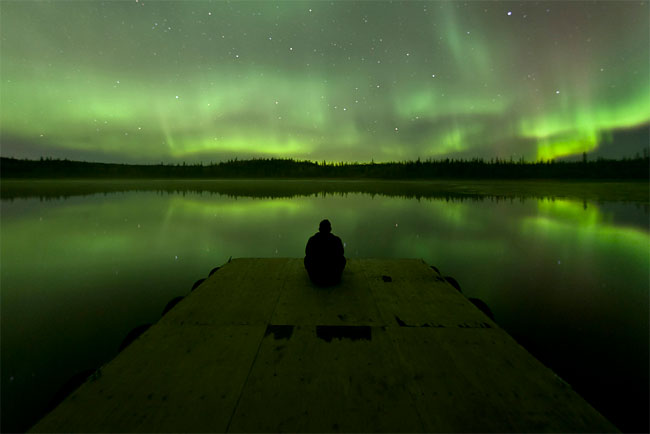 “Stargazing on the Dock”. I had to hold pretty still for this shot, but thankfully the water stayed calm and the sky gave me quite a light show. Photo location: Yellowknife, Northwest Territories, Canada. (Photo and caption by Ben Leshchinsky/National Geographic Photo Contest) 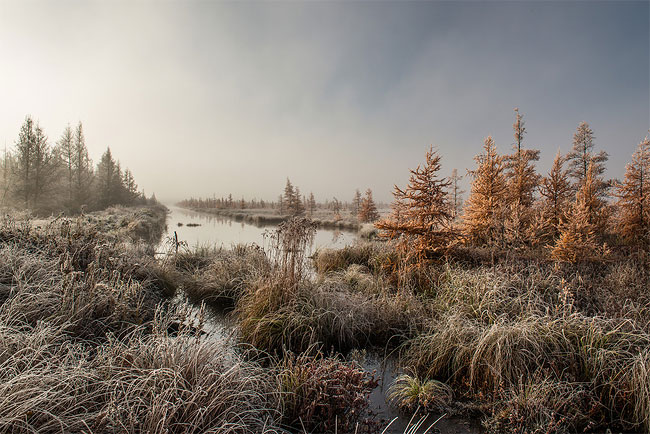 “Frosted Tamarack Swamp”. I had scouted out a few places for an early morning shoot in the tamarack swamps. I searched and searched until I found this scene. With the sun barely breaking through the fog rising from the melting frost, the light lit up the tamarack in front of this ditch. The ditch faded into the mist, while the frost captured the early morning rays as everything glinted like it was covered in diamonds. I absolutely fell in love with the mood that this scene created. Just a few moments later, the sun rose high in the sky and melted all the frost, causing the scene to completely change. Photo location: Mather, Wisconsin. (Photo and caption by Adam Dorn/National Geographic Photo Contest) 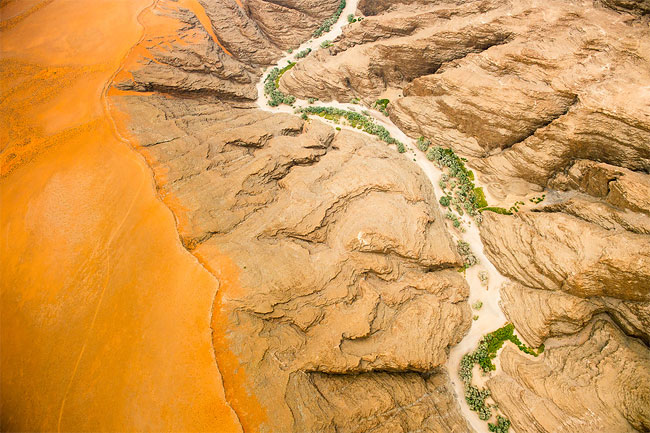 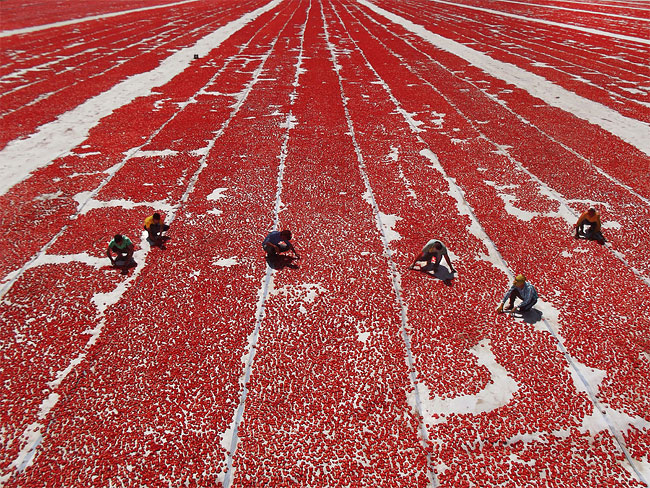 “How to make sun dried tomato”. After collecting all tomatoes from the field, all need to be cut by half and leave under the sun to get dry. And than when they get dried, send them to the other cities that tomato does not grove… Photo location: Turkey İzmir Bergama. (Photo and caption by Melih Sular/National Geographic Photo Contest) 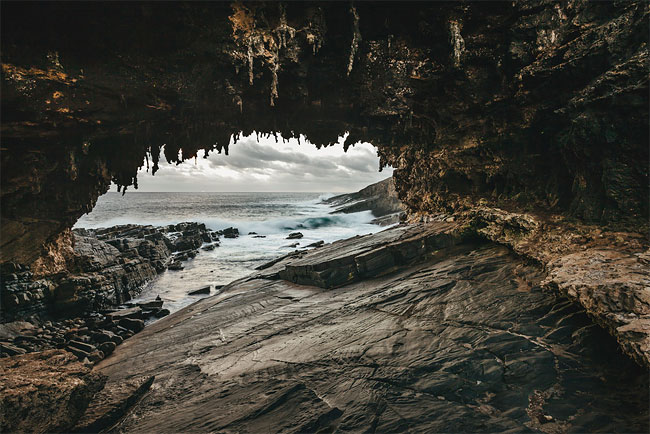 “Admiral’s Arch”. Most visitors make a fuss about trying to capture this South Australian Landmark at sunset. But if you stay a little longer, the Arch reveals it’s true self. A dark and mysterious formation, carved from ions of crashing waves and howling wind. You’ll also notice a rugged beauty which I think epitomizes the underrated South Australian coastline. Photo location: Kangaroo Island, South Australia. (Photo and caption by Josh Wood/National Geographic Photo Contest)

Photo of the Day: The Killer Wave
61-Year-Old Model Absolutely Rocks Her Swimsuit Campaign
Lizzy Gadd’s Photography Truly Shows The Difference Between A "Selfie" And A Self-Portrait
Winners Of The 2020 iPhone Photography Awards Announced
Marvelous Beauty And Lifestyle Portrait Photography By Evgeny Freyer
Photographer Explores the Beautiful Diversity of Redheads
All You Need Is Blue: Mesmerizing Photography By Francois Peyranne
Craig Burrows Photographs Plants and Flowers Using an Ultraviolet-Induced Visible Fluorescence Photography Process
Kite Aerial by Seeing the World from New Heights
“Workwears”: We Are Not Our Jobs, A Photo Project By Bruno Fert
2007 ‒ 2022 by Design You Trust. Proudly hosted by WebHostingBuzz.
Privacy Policy · Terms of Service · Content Removal Policy ❤️ 🇺🇦