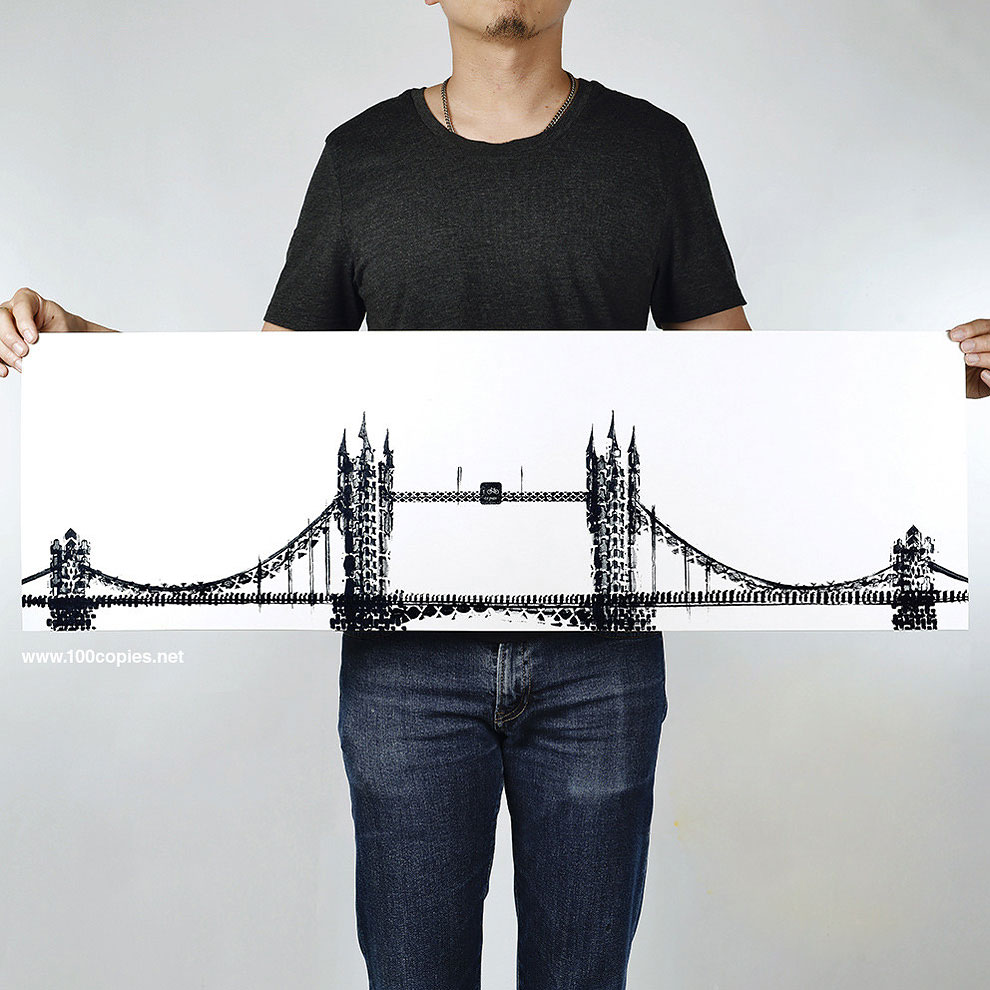 Image patterning has existed for hundreds of years; however, before Thomas Yang no one has ever thought of putting paint on the bicycle wheels and using it as a patterning tool to create very interesting-looking pictures. 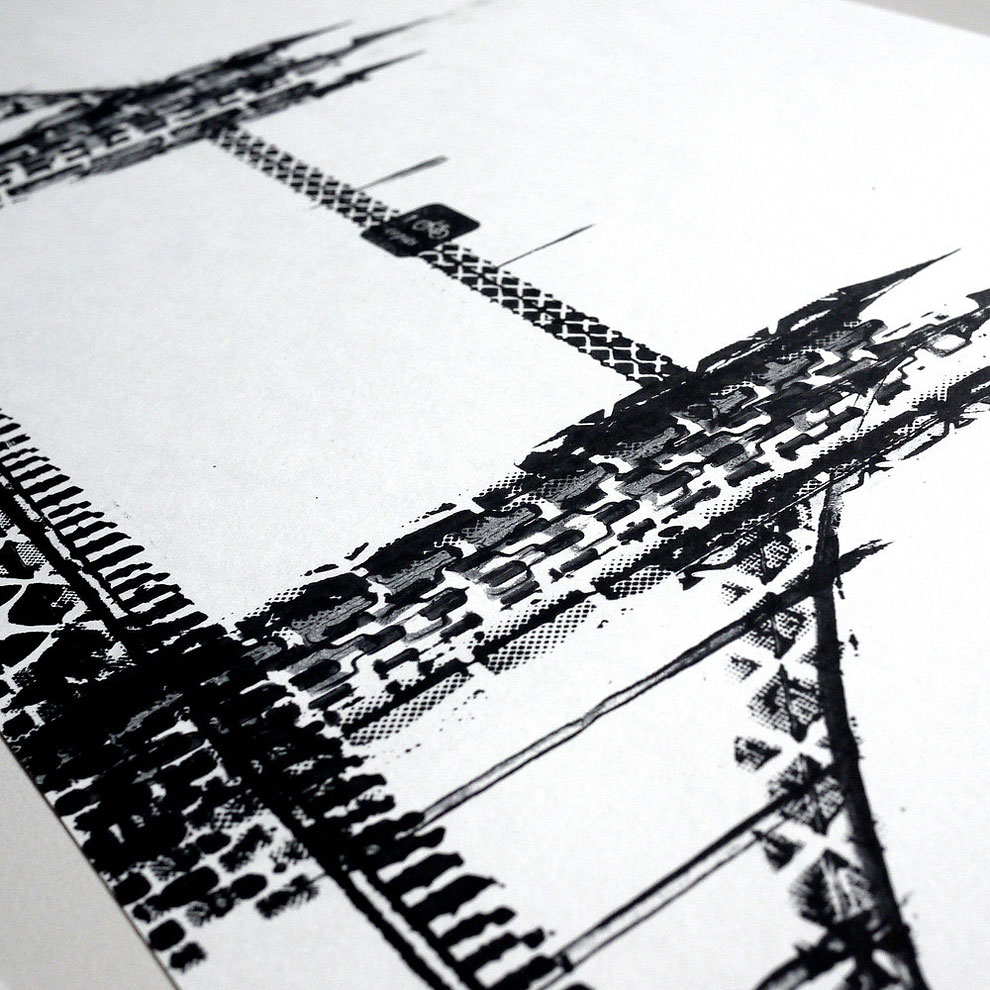 Being an avid cyclist and an artist, Thomas Yang has decided to combine the two, creating the 100copies. 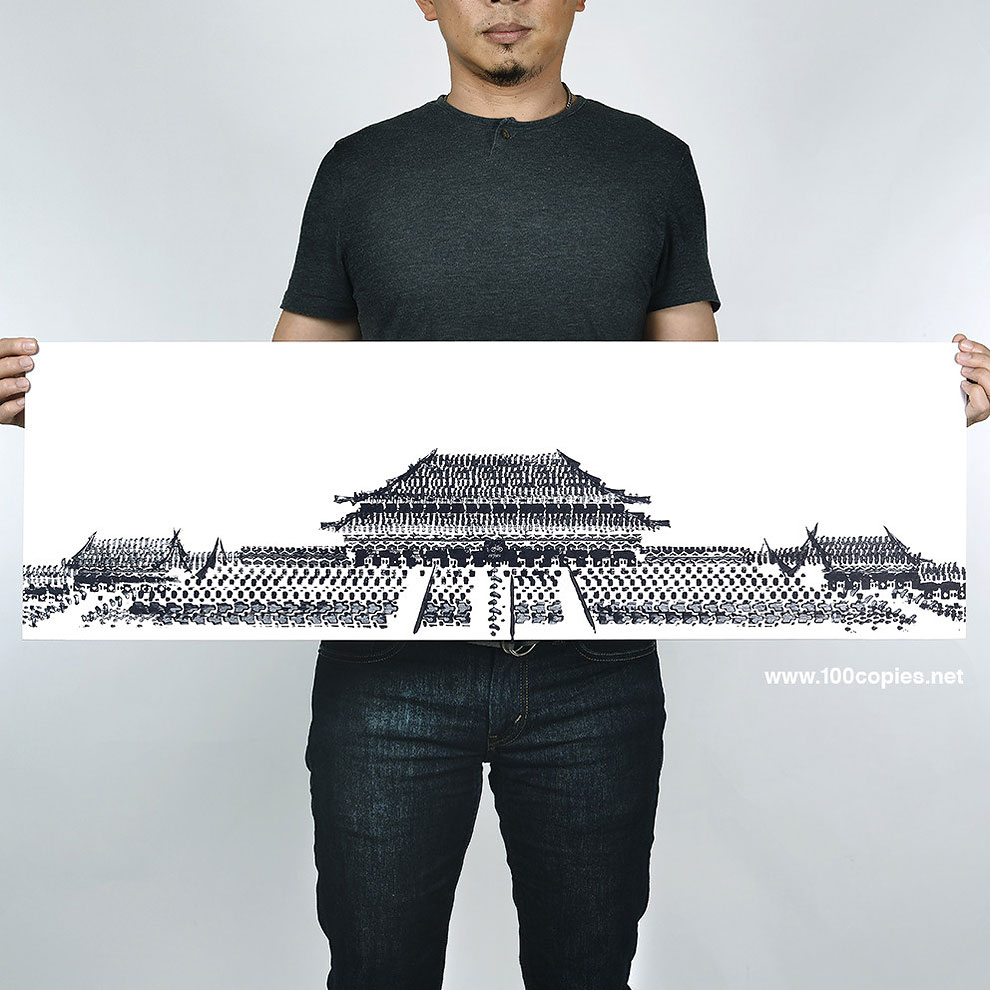 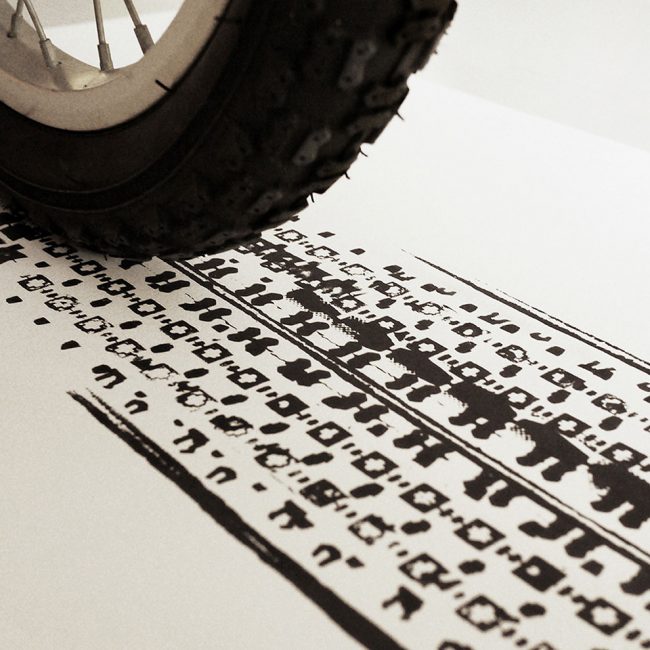 And even though the project is called 100copies, no two pictures are alike due to the nature of their creation, making them truly unique. 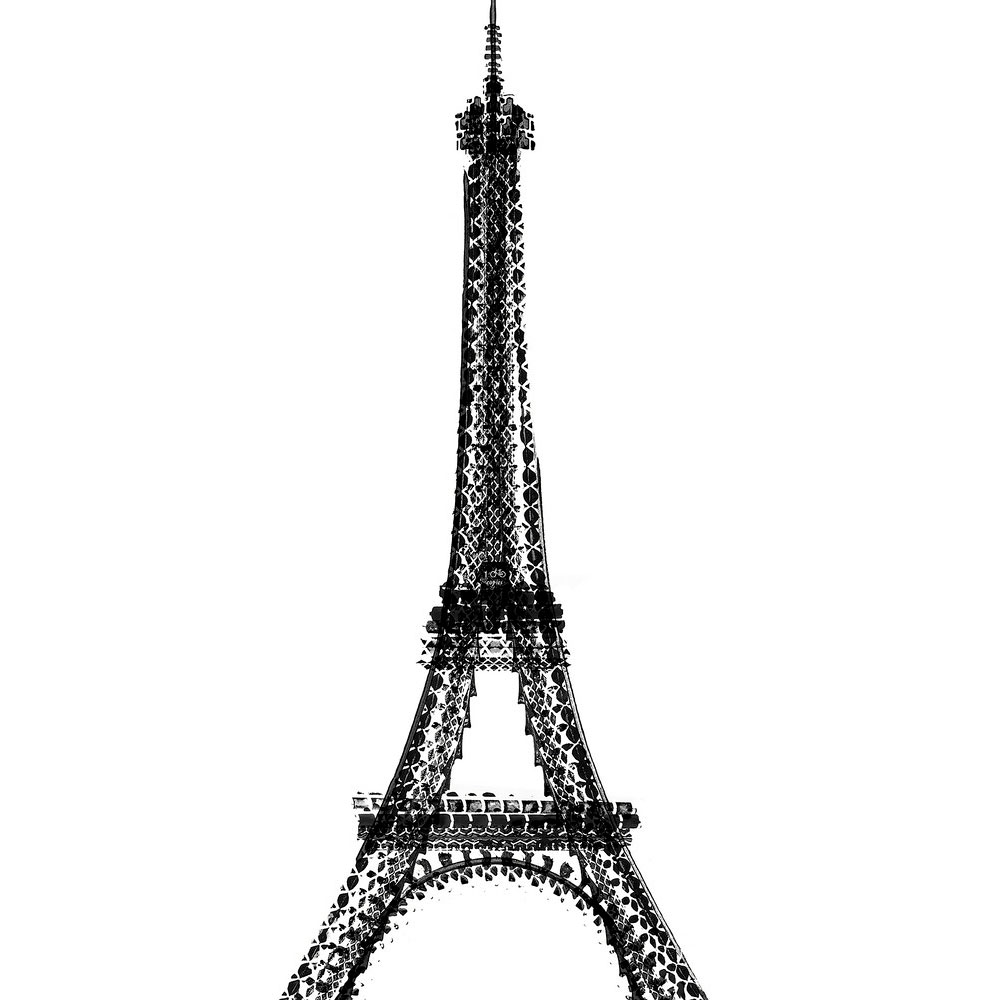 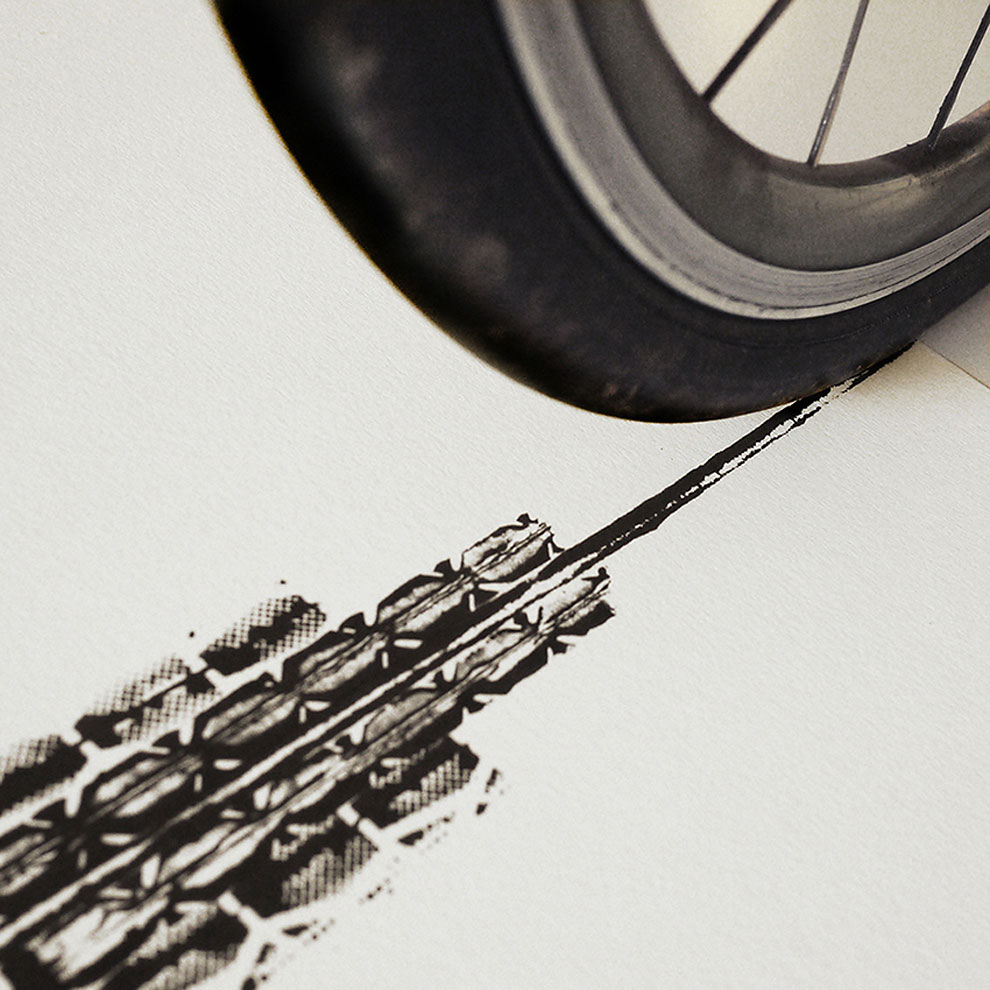 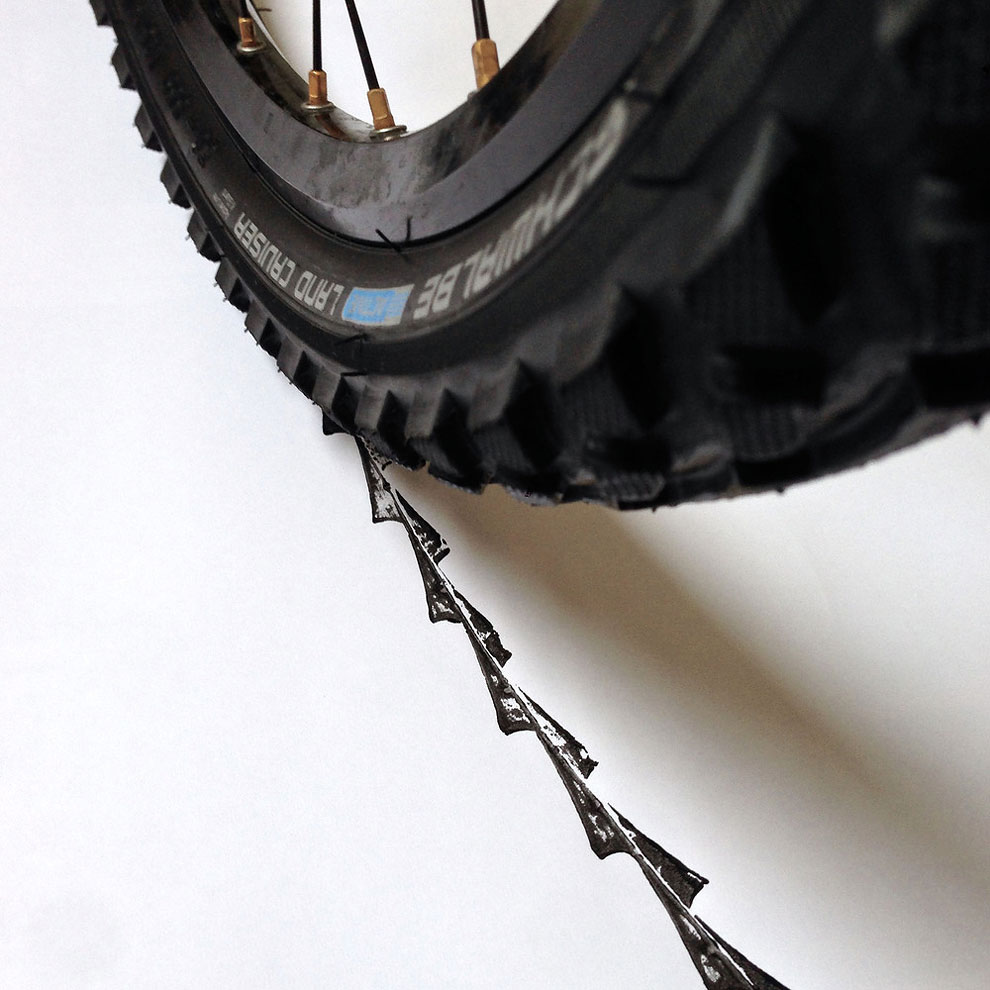