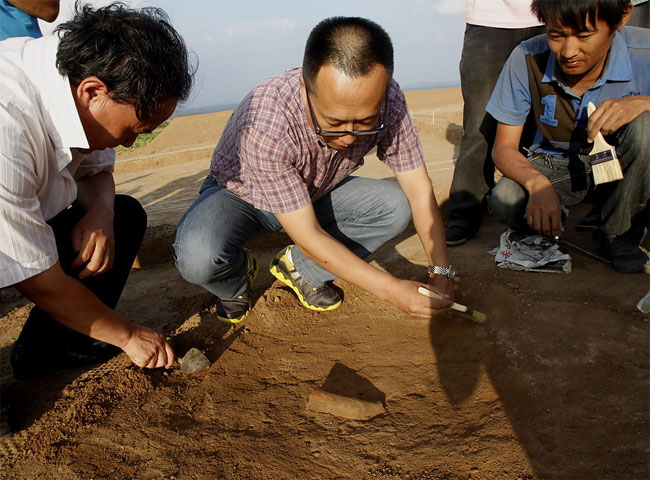 On July 7, Chinese archaeologists from the Academy of Social Sciences announced that they have reconstituted a 5,300-year-old Mongolion pottery statue found at a relic site in North China, according to Xinhua news agency.

The debris of the pottery statue was found at the Xinglonggou relics site in Aohan in May, banner of Chifeng city in north China, the Academy of Social Sciences announced. Experts began to excavate the debris on June 30, and finished restoring the statue, Liu Guoxiang, leader of the first archaeology team of Inner Mongolia told Xinhua news agency.

“The statue may be of a wizard or leader in the famous Hongshan Culture period (a Neolithic culture dating back 5,000-6,000 years)”, he added.

The restored seated figure is 55-cm high with big bulging eyes, a high nose and vivid facial expression. It was pieced together from 65 fragments. 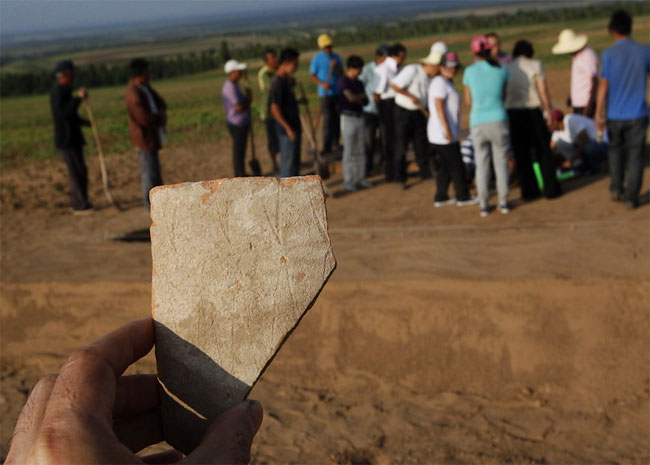 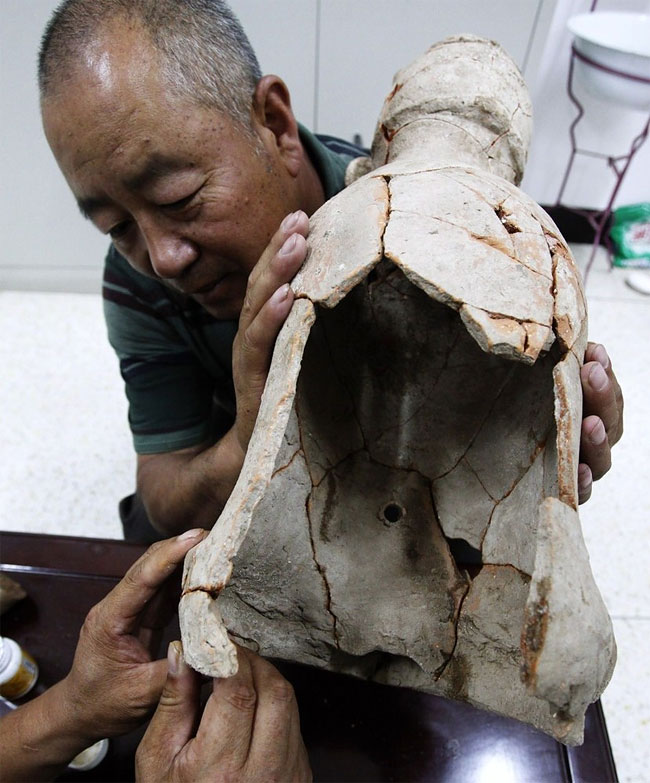 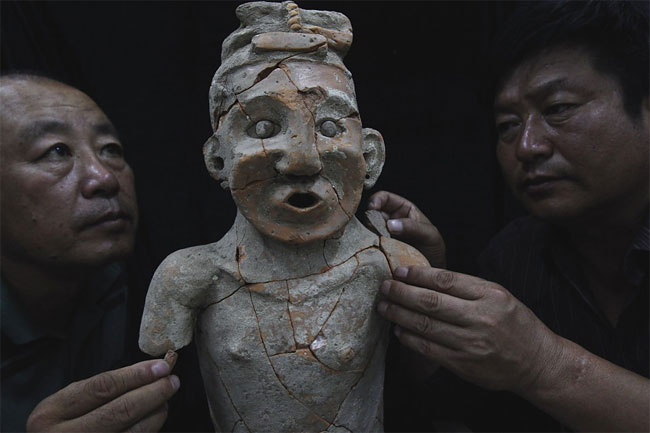 Archaeologists repair a pottery statue found in Aohan Banner, a county-level administrative region in North China’s Inner Mongolia autonomous region, July 3, 2012. The statue, which is 55-centemeters tall, dates back to about 5,300 years ago. (Photo by Xinhua) 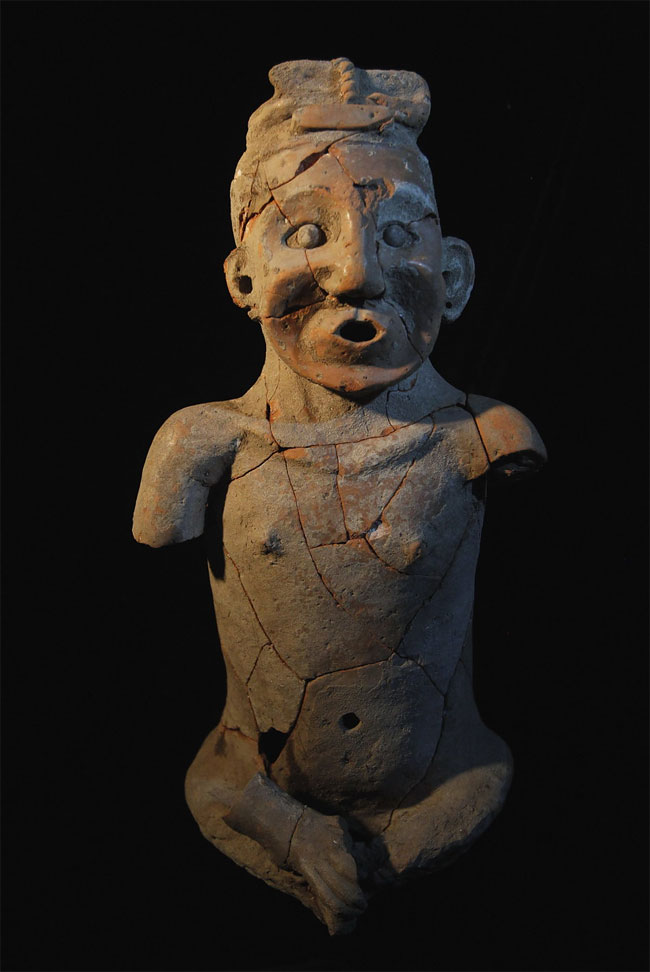