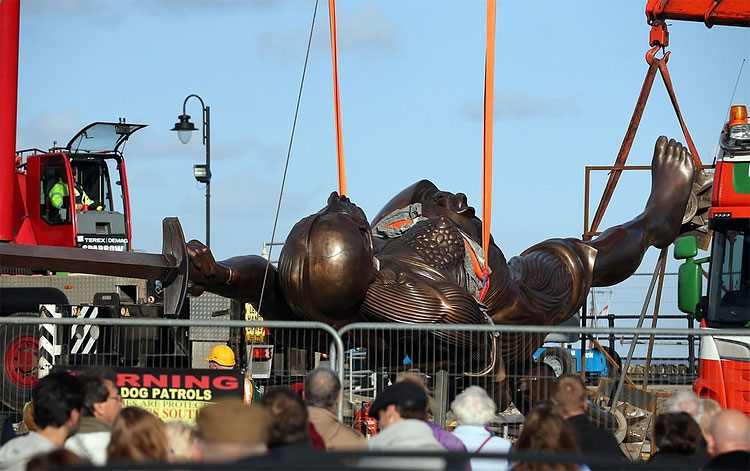 Contractors move Damien Hirst’s bronze sculpture of a pregnant woman into positionl on October 16, 2012 in Ilfracombe, England. The bronze-clad, sword-wielding 65ft (20m) statue, named “Verity”, has been controversially given to the seaside town by the artist, on a 20-year loan and was erected by crane on the pier. (Matt Cardy) 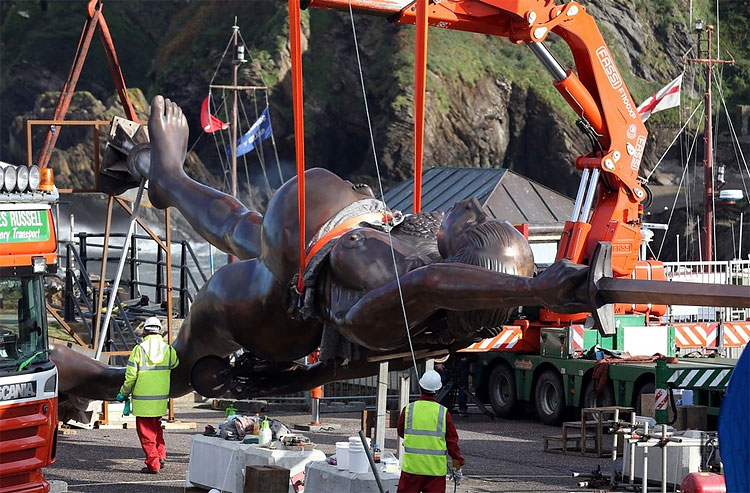 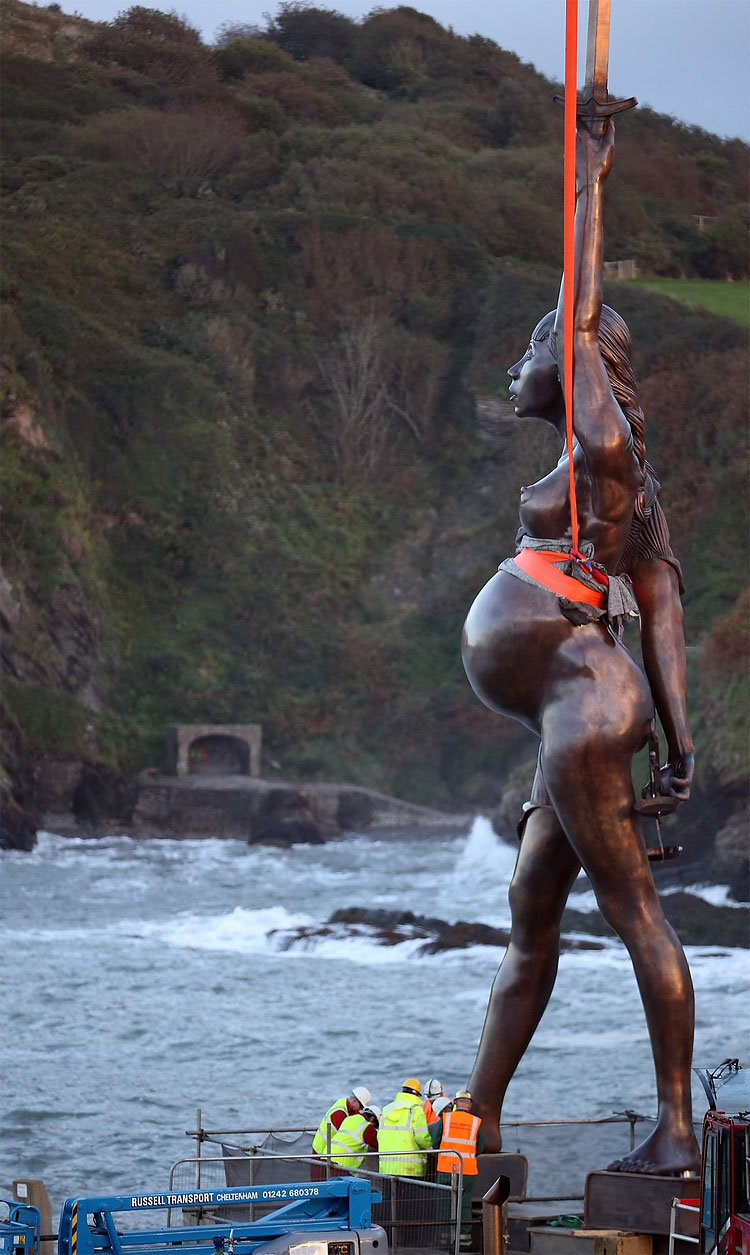 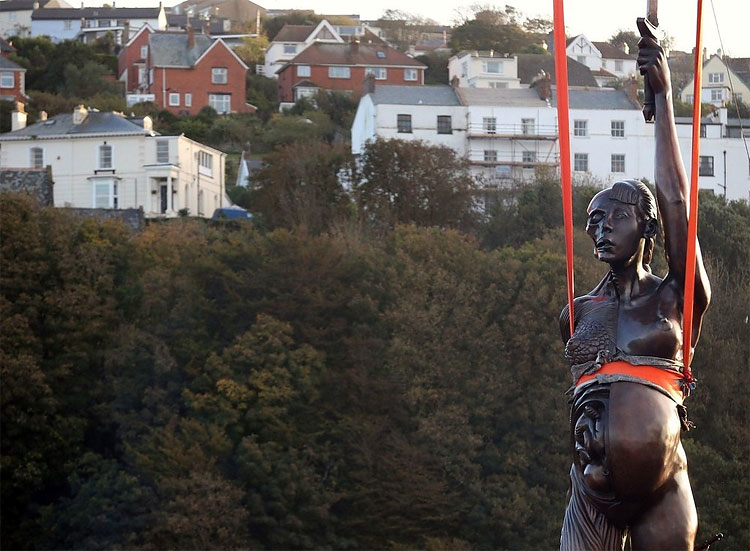 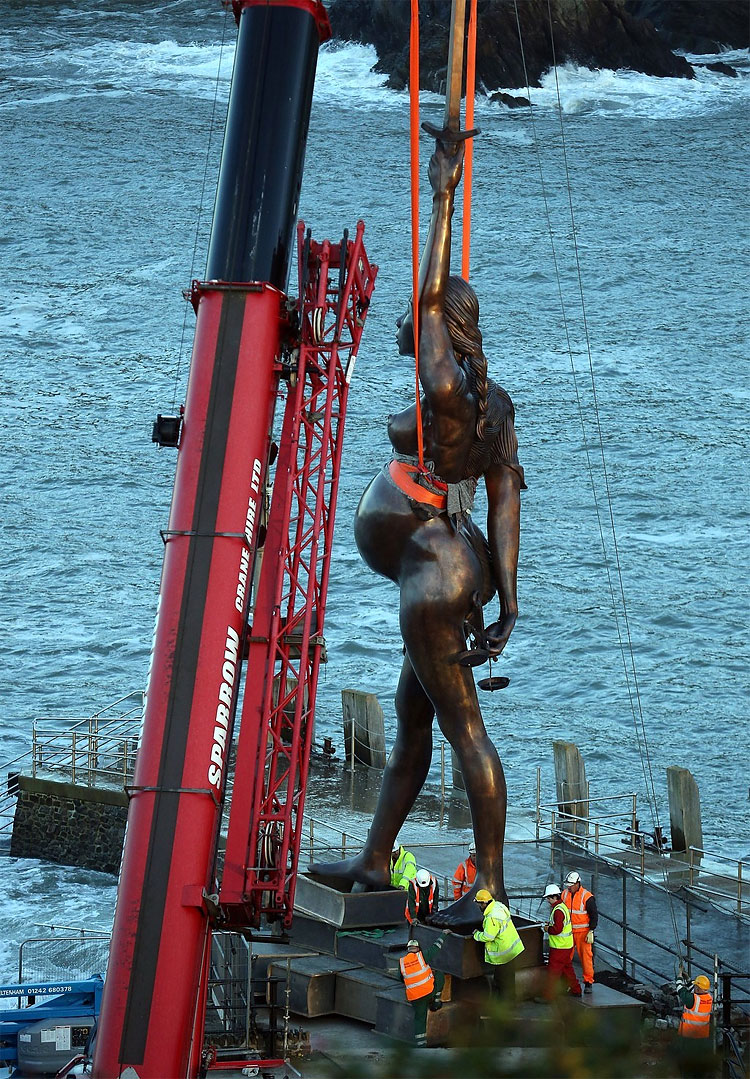 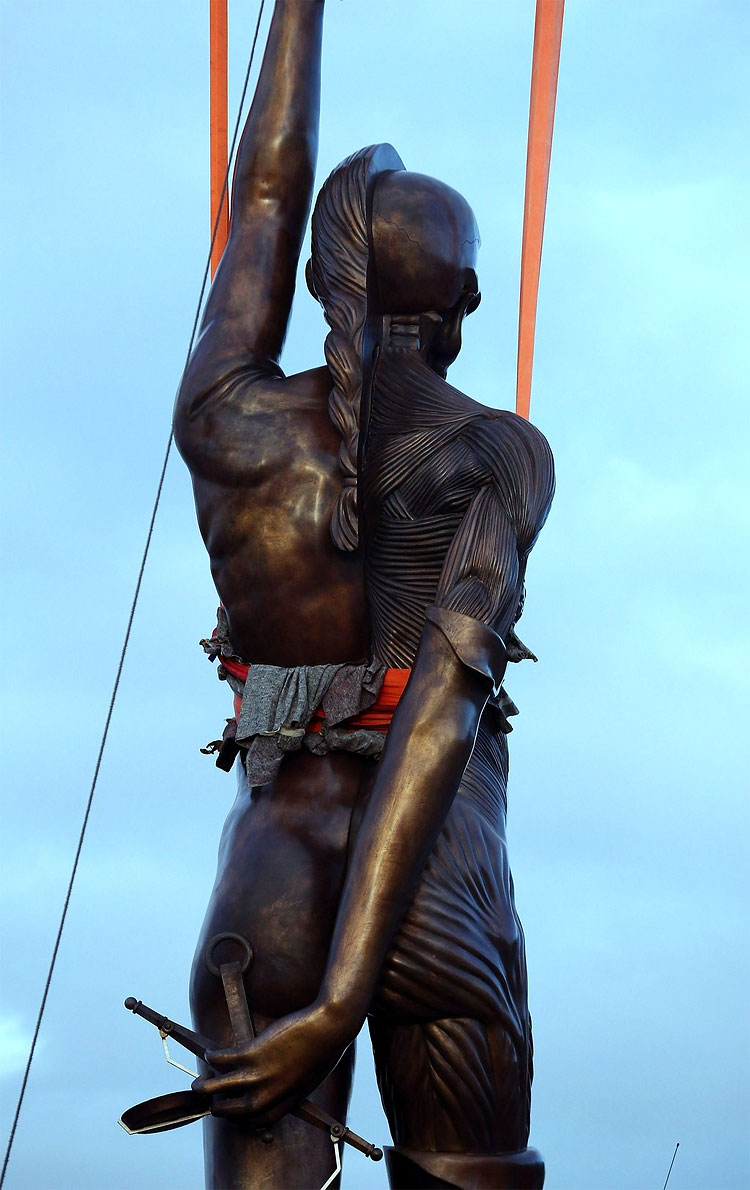 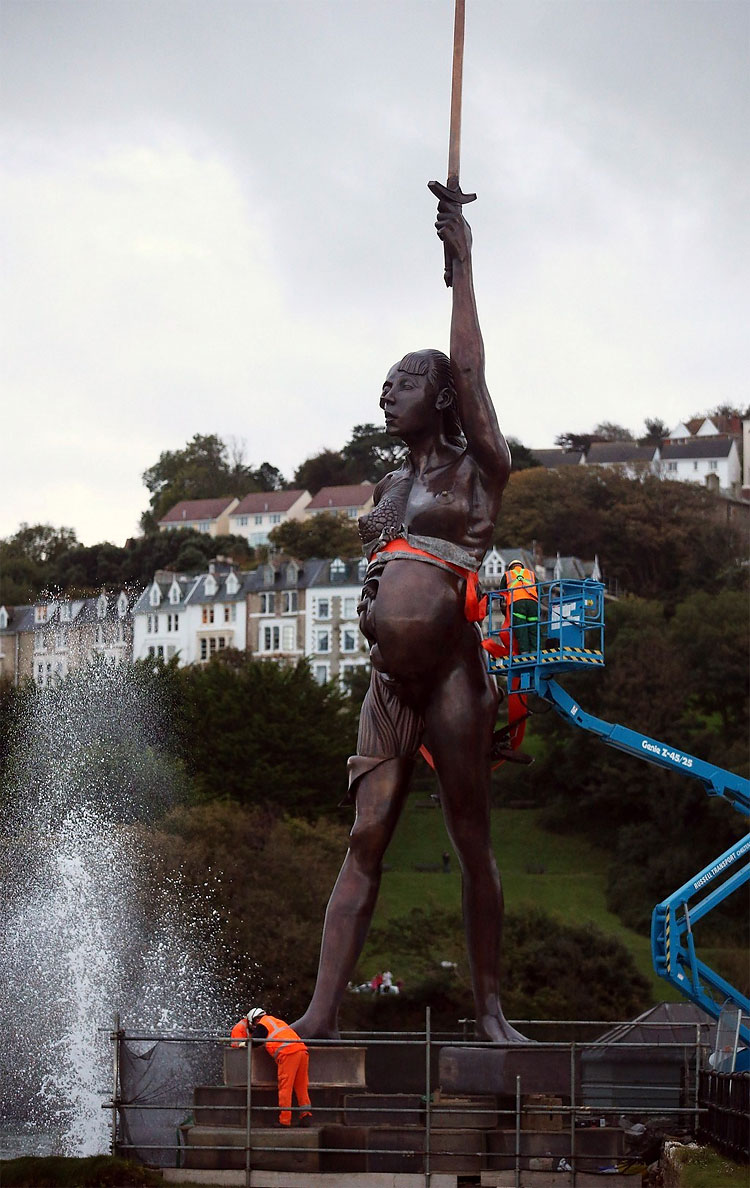 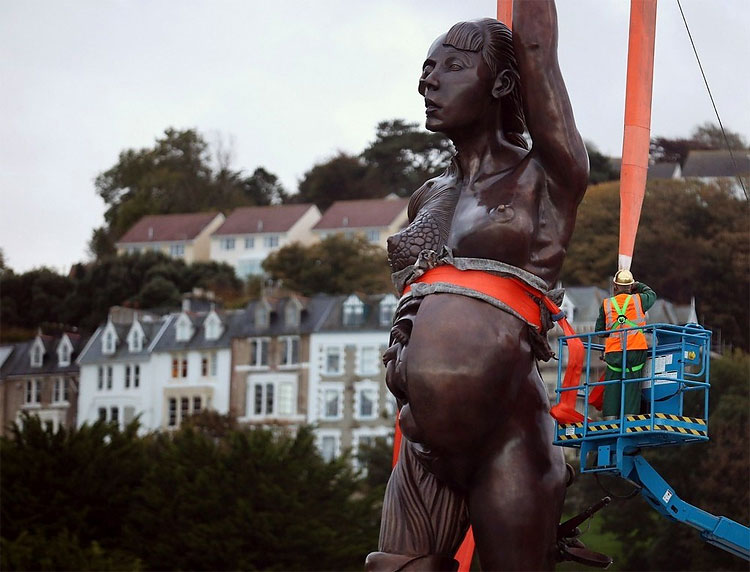 Damien Steven Hirst (born 7 June 1965) is an English artist, entrepreneur and art collector. He is the most prominent member of the group known as the Young British Artists (or YBAs), who dominated the art scene in Britain during the 1990s. He is internationally renowned, and is reportedly Britain’s richest living artist, with his wealth valued at £215m in the 2010 Sunday Times Rich List. During the 1990s his career was closely linked with the collector Charles Saatchi, but increasing frictions came to a head in 2003 and the relationship ended.

Death is a central theme in Hirst’s works. He became famous for a series of artworks in which dead animals (including a shark, a sheep and a cow) are preserved – sometimes having been dissected – in formaldehyde. The Physical Impossibility of Death in the Mind of Someone Living, a 14-foot (4.3 m) tiger shark immersed in formaldehyde in a vitrine (clear display case) became the iconic work of British art in the 1990s, and the symbol of Britart worldwide. He has also made “spin paintings”, created on a spinning circular surface, and “spot paintings”, which are rows of randomly coloured circles created by his assistants.

In several instances since 1999, sources for certain of Hirst’s works have been challenged and contested as plagiarised, both in written articles by journalists and artists, and, in one instance, through legal proceedings which led to an out-of-court settlement.