The contest is accepting entries until June 30. The grand-prize winner will receive an eight-day National Geographic Photo Expedition to Costa Rica and the Panama Canal. 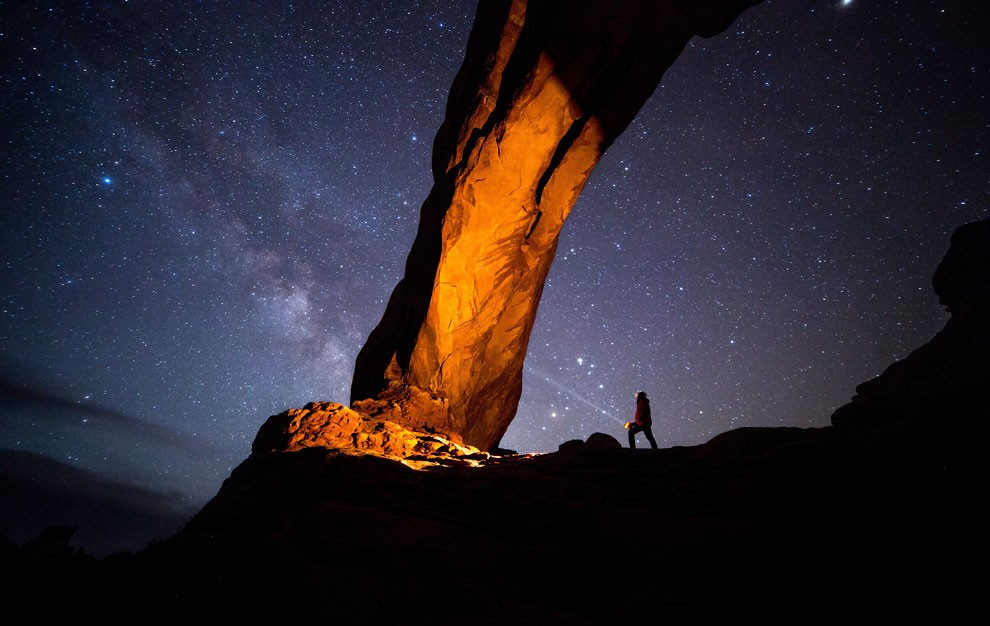 “I was out in the Arches National park to take night pictures but the clouds moved in. I waited for about 2 hours in the car and finally the sky cleared and I got this image. This Selfie Image was shot at the windows section.” 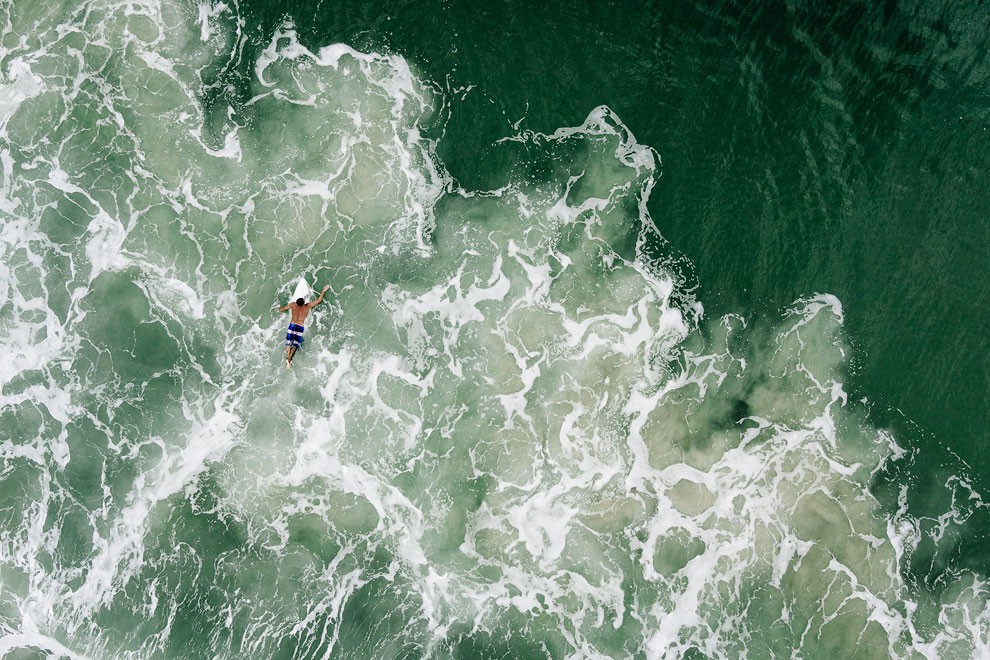 “Birdview of a surfer in the famous beach of Praia Mole located in Florianopolis, Brazil. This image has been made with the help of a drone.” 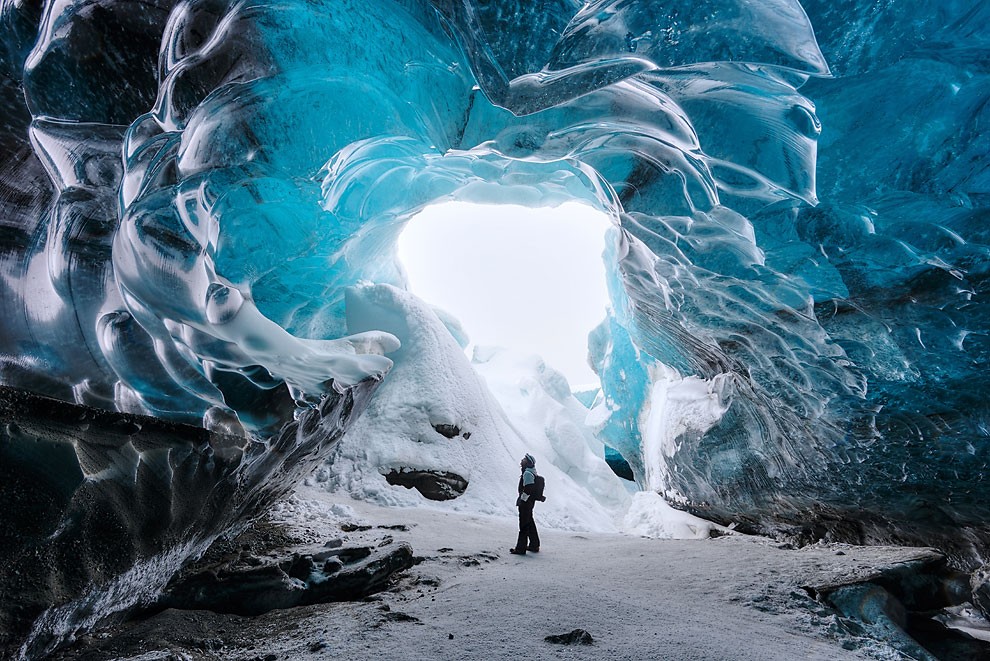 “Ice cave at the Vatnajokull Glacier in Iceland.” 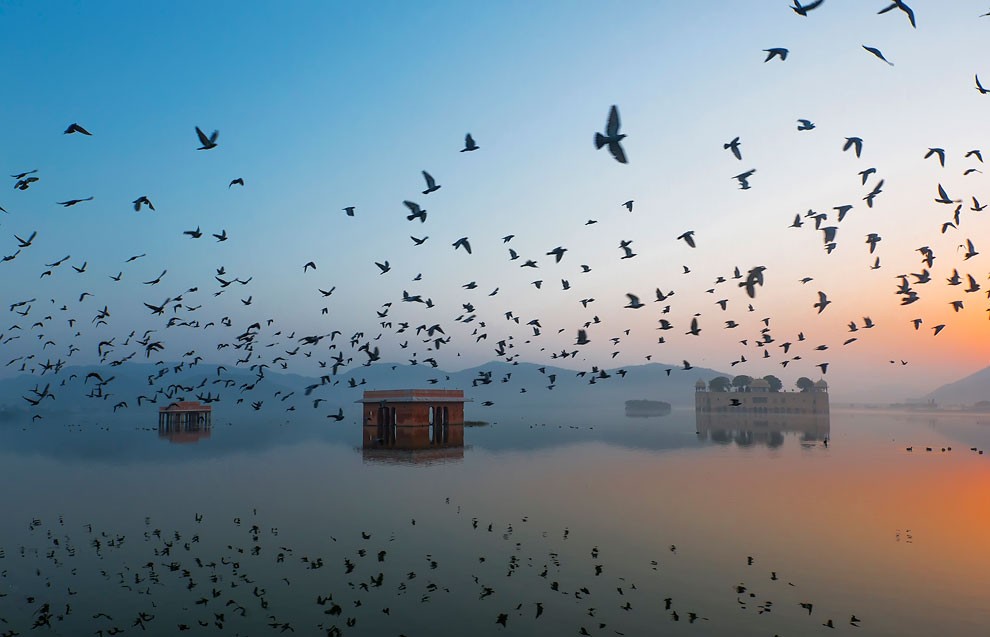 “Beautiful view of Jalmahal during sunrise. I wanted to capture the palace and other two water structures also in the frame. Thats why I have used an ultra wide angle lens to capture this frame. Not many tourists visit the place at dawn, so the location is bit peaceful early in the morning. And locals visit the lake in the morning and feed the pigeons and fish in pond. These pigeons keeps flying across the lake once in a while, which I used to fill my frame.” 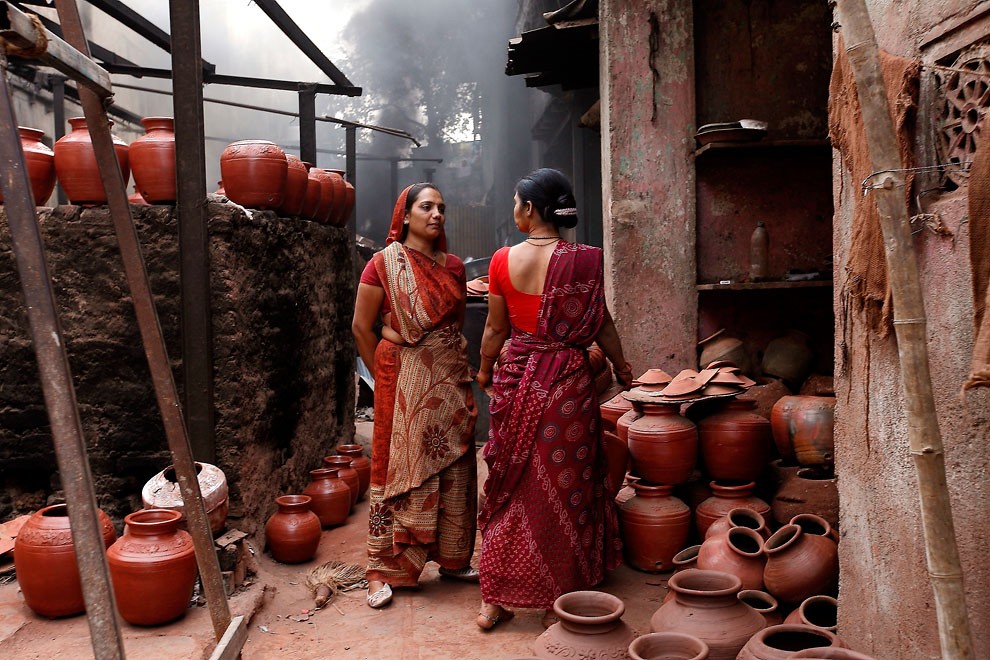 “People in Dharavi slum in Mumbai work hard, producing mostly recycled articles and pottery. The posture of these two women at the local pottery store, taking a short break for conversation, express dignity, while the colours of their saris perfectly blend with the scenery.” 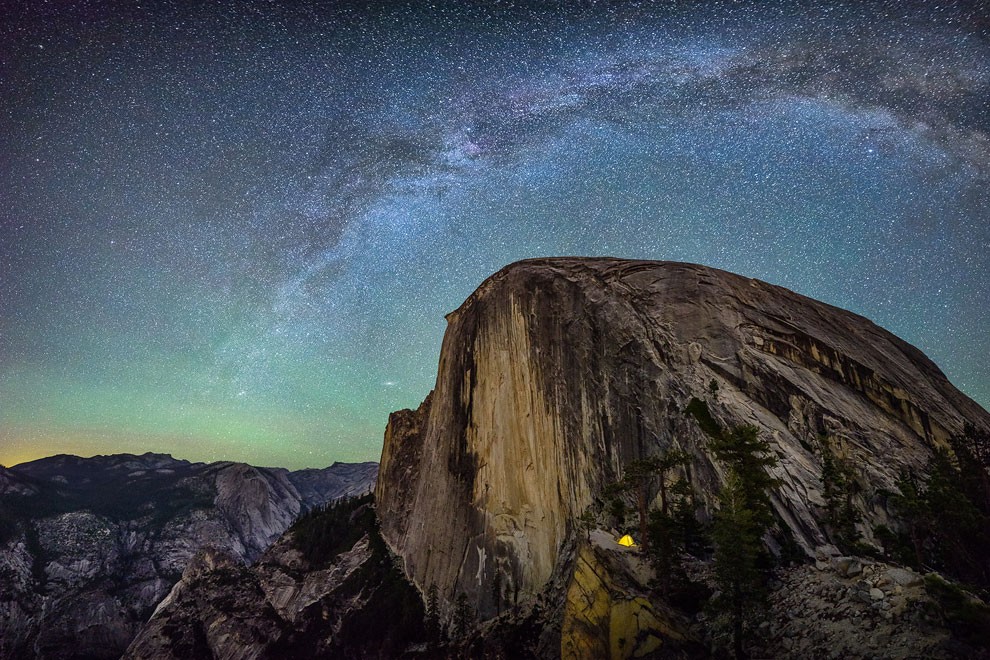 “As technology shrinks the world around us, it becomes more and more difficult to find ourselves truly lost in the outdoors. This makes those particular moments and scenes that much more special. Getting to the Diving Board was quite a challenge, as there is no official trail. For anybody who is prepared, careful, and respectful of nature, the reward is one of the most breathtaking views in all of Yosemite, in my opinion.” 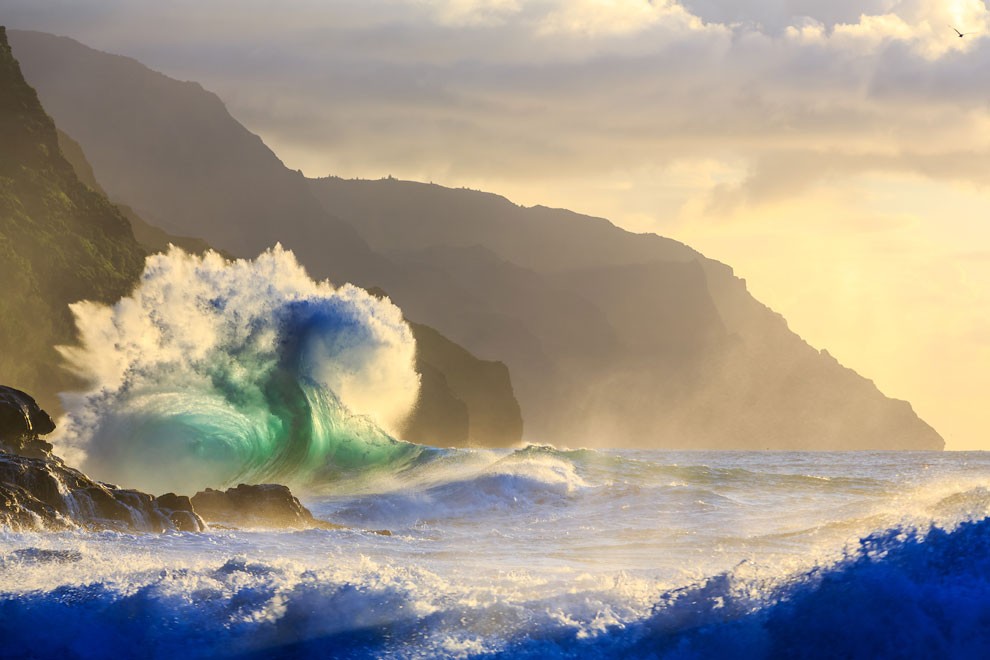 “Giant waves converge and jump together along the napali coast of Kauai. An early season northwest swell and the position of the autumn sun made this shot possible, but what really makes it special to me is the bird flying in the corner of the frame. This little moment of life adds balance to the image and reminds me that the mundane often make the spectacular.” 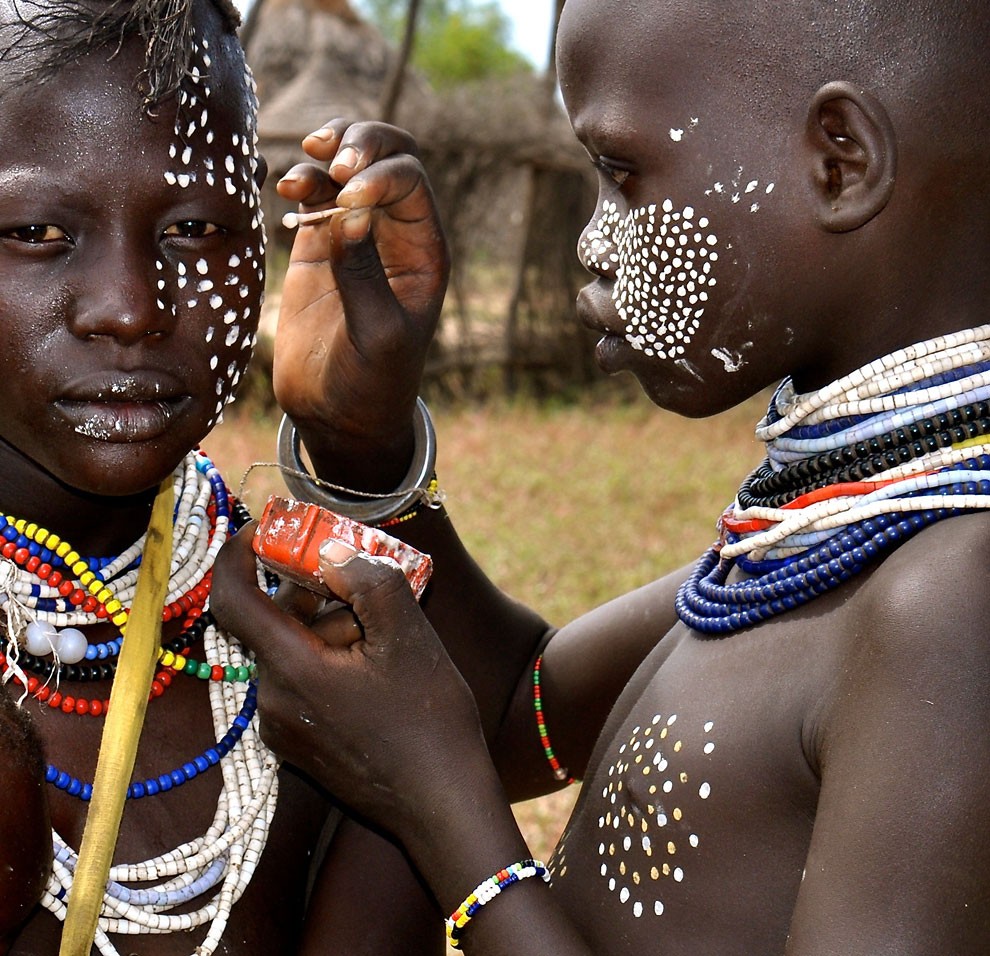 “Taken at a Karo Village in the Omo Valley of Ethiopia. The Karo are famous for their body-paint culture and skill. Away from the crowded village square, I found this “make up artist” focused on applying make-up on a young woman. Using a q-tip as a brush he used a Georges Seurat like Pointillism technique ! The calm focused look of the artist is contrasted by the nervous, perspiring client – perhaps unsure about the results (or my camera :-)” 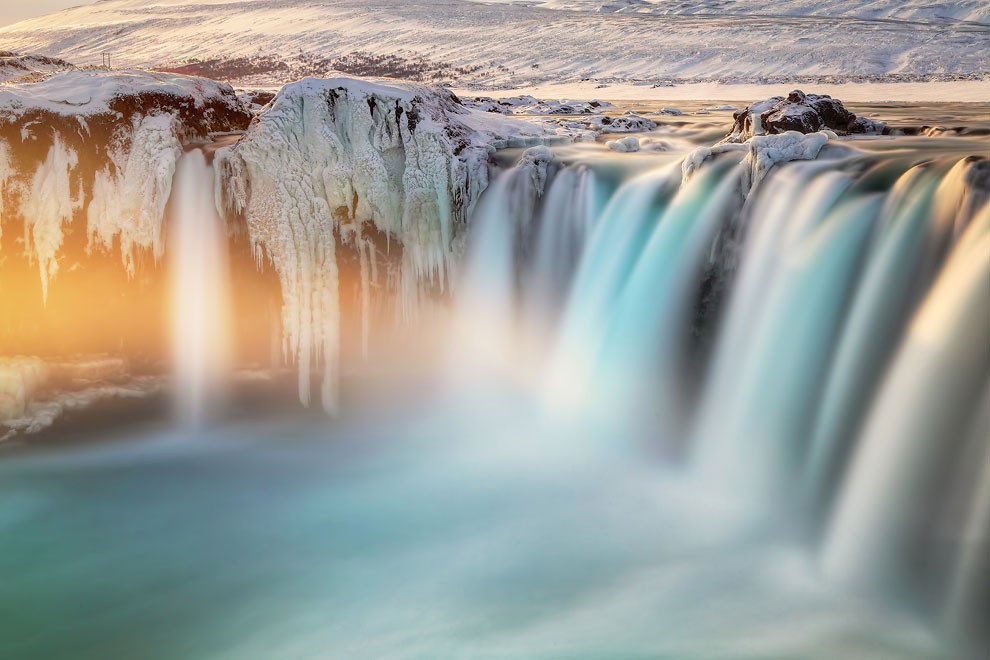 “I had a tripod set up on Godafoss waterfall in Iceland last month. I used a 10 stop ND filter to capture the movement of the water as the sun set in the distance.” 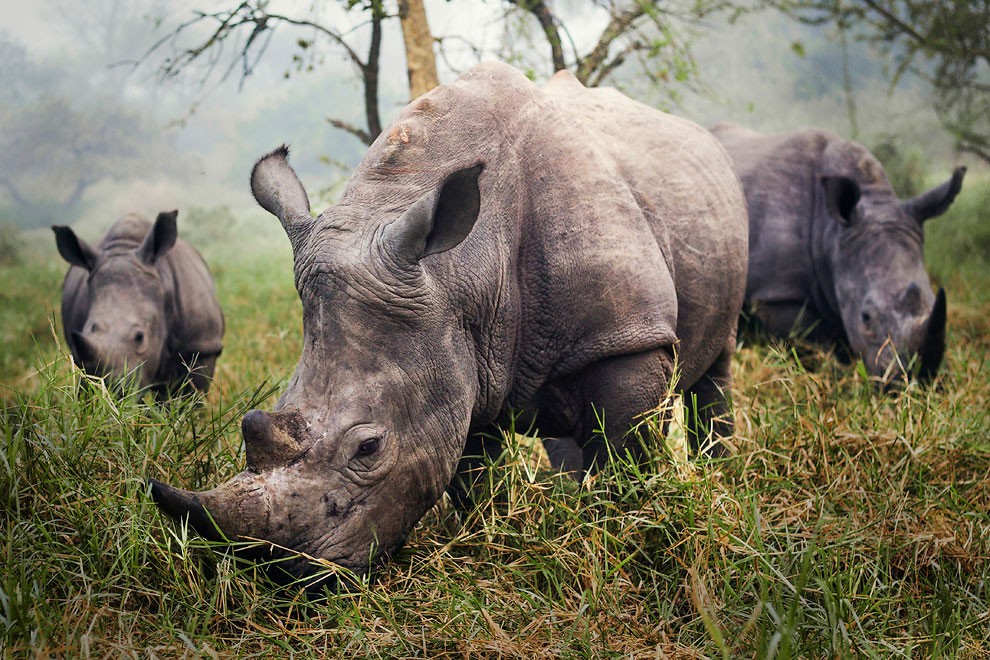 “The night before this photo, we tried all day to get a good photo of the endangered white rhino. Skulking through the grass carefully trying to stay 30 feet away to be safe, didn’t provide me the photo I was hoping for. In the morning however, I woke up to all three rhinos grazing in front of me.”

Photo of the Day: Between a Frozen Hills
Edwardian Angels: The Pure Beauties From The 1900s
Photographer Dad Creates Horror Photos Together With His Daughters
This Photographer Tied A Model Up In Shark-Infested Waters And It Was More Beautiful Than Scary
"Game of Thrones": Two Girls Recreate Their Favourite TV And Film Scenes
'The Hobbit' Cast with their Scale and Stunt Doubles
Japanese Nighttime Factory Photography Will Have You Believing FF7’s Midgar Is Real
A 58-Year-Old Lady Creates Magical Costumes That Can Transport You to Another World
Found Photos Show Fashion Styles of Young Women in the Late 1980s and Early ’90s
UK Picture Editors’ Guild Awards 2013 Finalists
The Color Of Russian History: Beautiful Vintage Colorized Pictures Of The Imperial Russia By Olga Shirnina
Photo of the Day: Frozen
Japanese Photographer Yuichi Yokota Captured Beautiful Photos Of Tokyo Covered By Heavy Snow
An Artist Has Created A Series Using Professional Make Up That Would React To The UV Light Of A Black Light
Photographer Juuso Hämäläinen Captures Breathtaking Photos Of Magical Northern Lights And Landscapes
Wellcome Photography Prize 2021 Shortlist
Photo of the Day: The World AIDS Day
Antarctica Mysteries Photo Essay
Inside the Exclusion Zone: No-Man's Land Attests to Japan's Fallout
Russian Photographer Captured Wonderful Photos While Visiting The Extraordinary Socotra Island
Dark, Surreal And Moody Photo Works By Simon Kerola
"Celebrated For You": The Birthdays Of Hollywood Directors
Frozen Landscapes Tell A Winter’s Tale In New Photographs By Kilian Schönberger
Léa Seydoux in 'No Make-up' Photo Session by Juergen Teller for Jalouse, September 2013
april, contest, geographic, national, photo, traveler