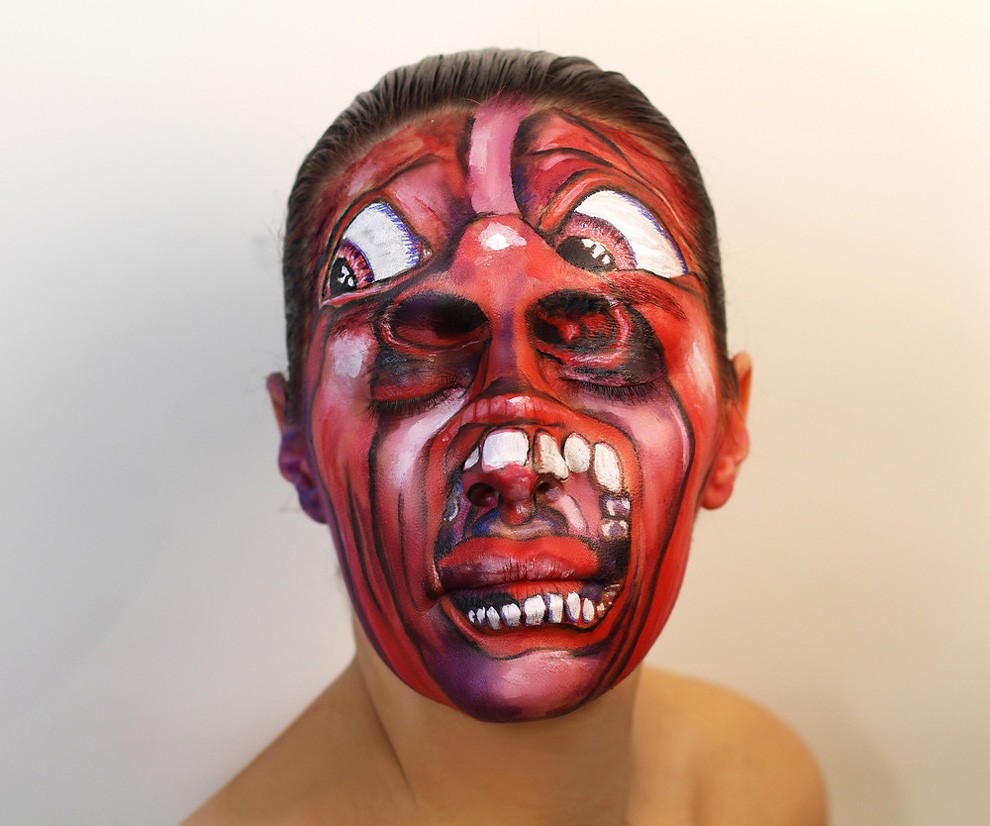 London-based artist Natalie Sharp wanted to celebrate Record Store Day in a unique way, and asked her Facebook friends for suggestions about which album covers to paint.

She was overwhelmed with responses, and as a result painted 40 different album covers on her face, including Nirvana’s “Nevermind”, King Crimson’s “The Court of the Crimson King”, and “Melt” by Peter Gabriel. Natalie, who is also a vocalist in a band named The Lone Taxidermist, says she wanted to combine her love of art and music in a unique way, as well as celebrate the history of vinyl. Here: King Crimson album.

“In fact, I barely used by brushes for King Crimson; I would just keep smudging it with my fingers”. 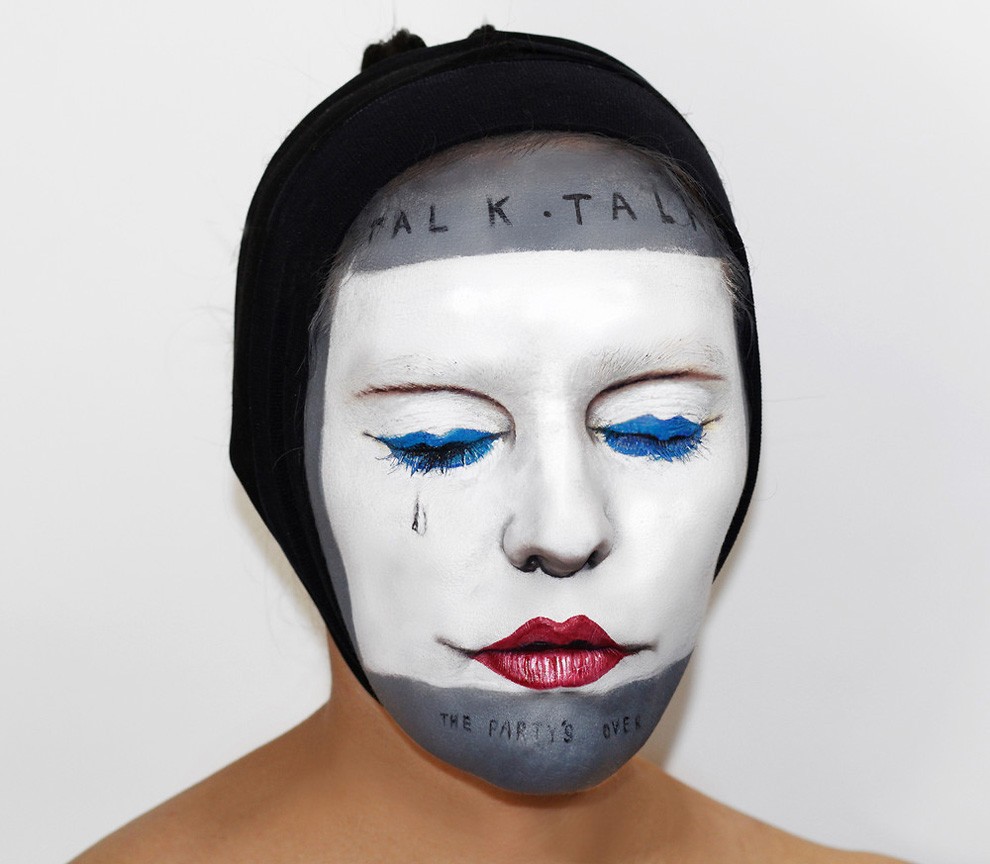 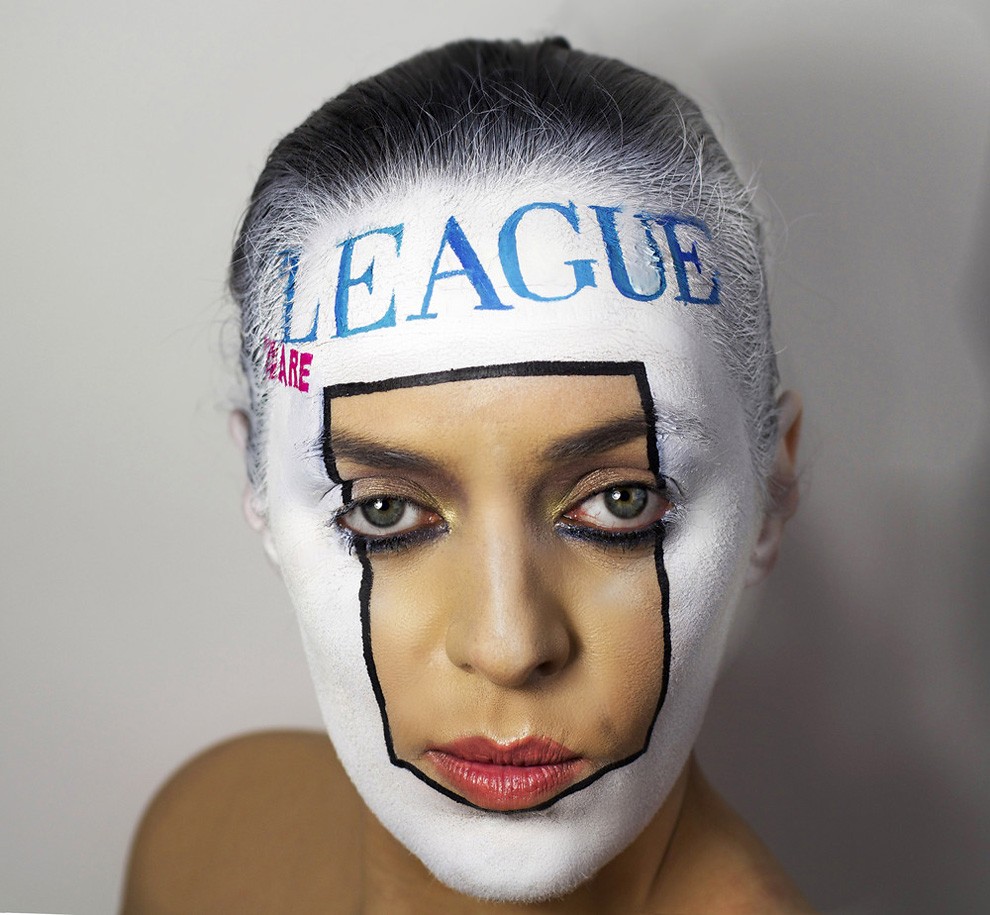 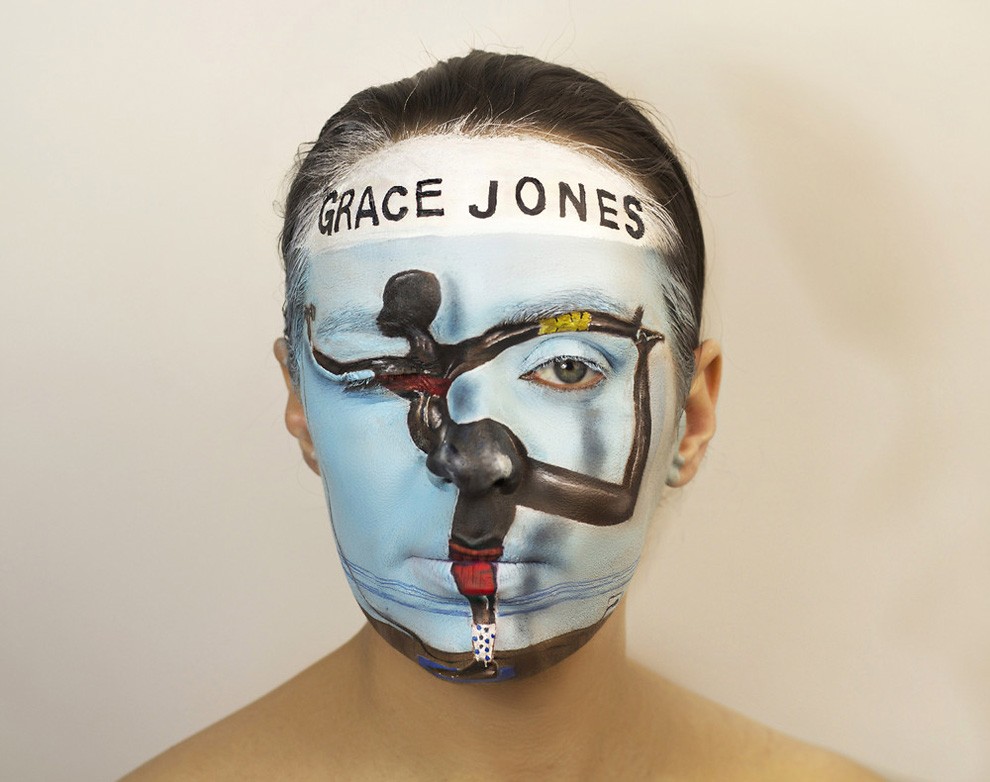 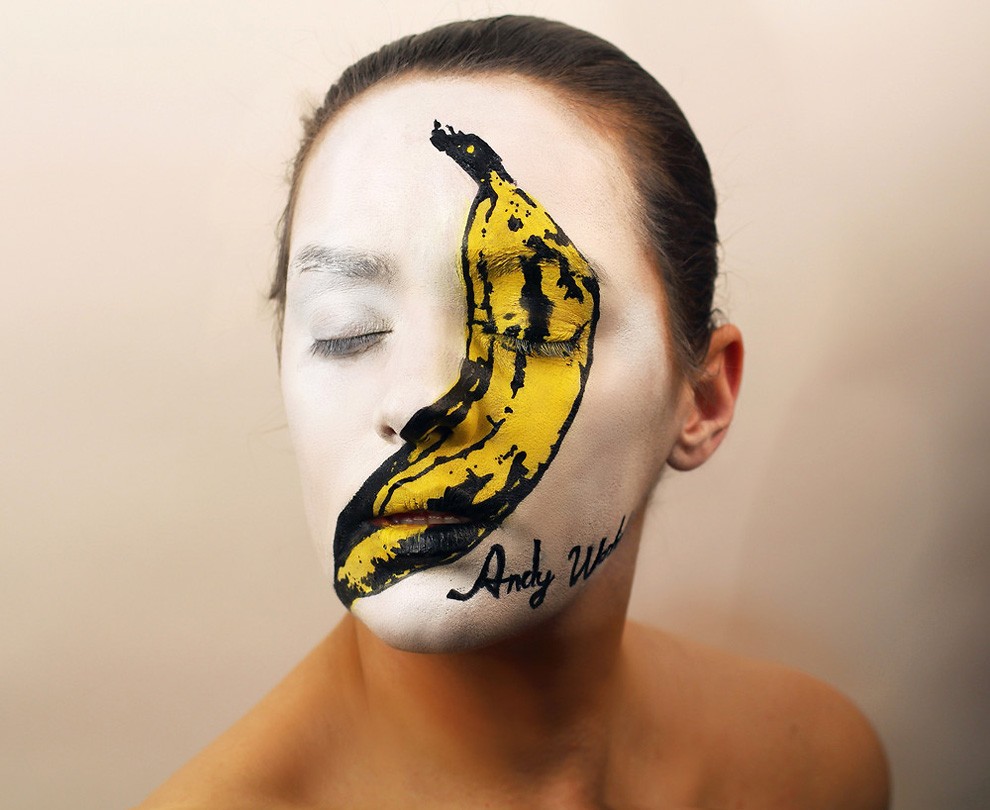 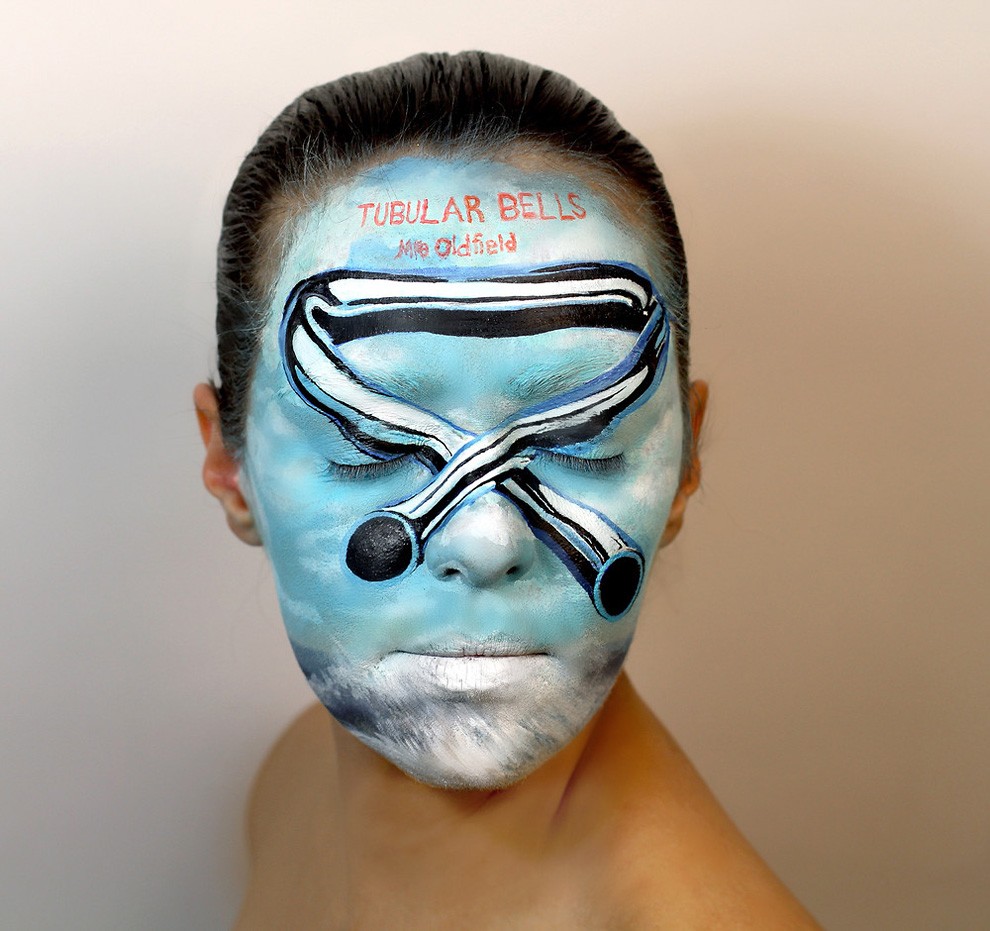 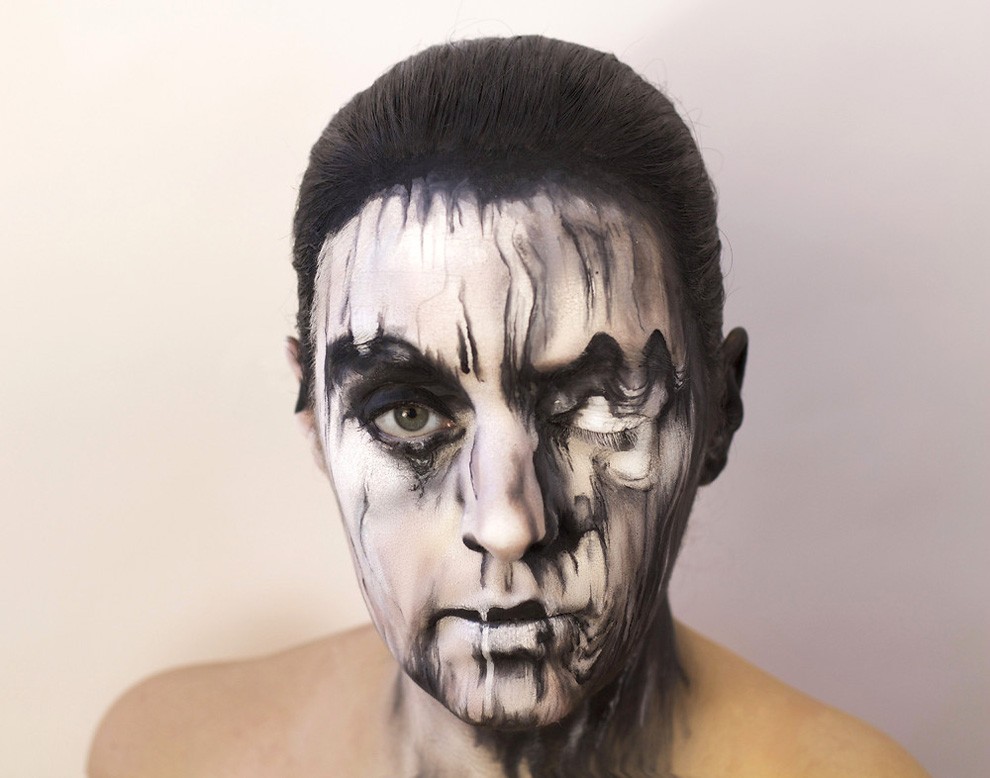 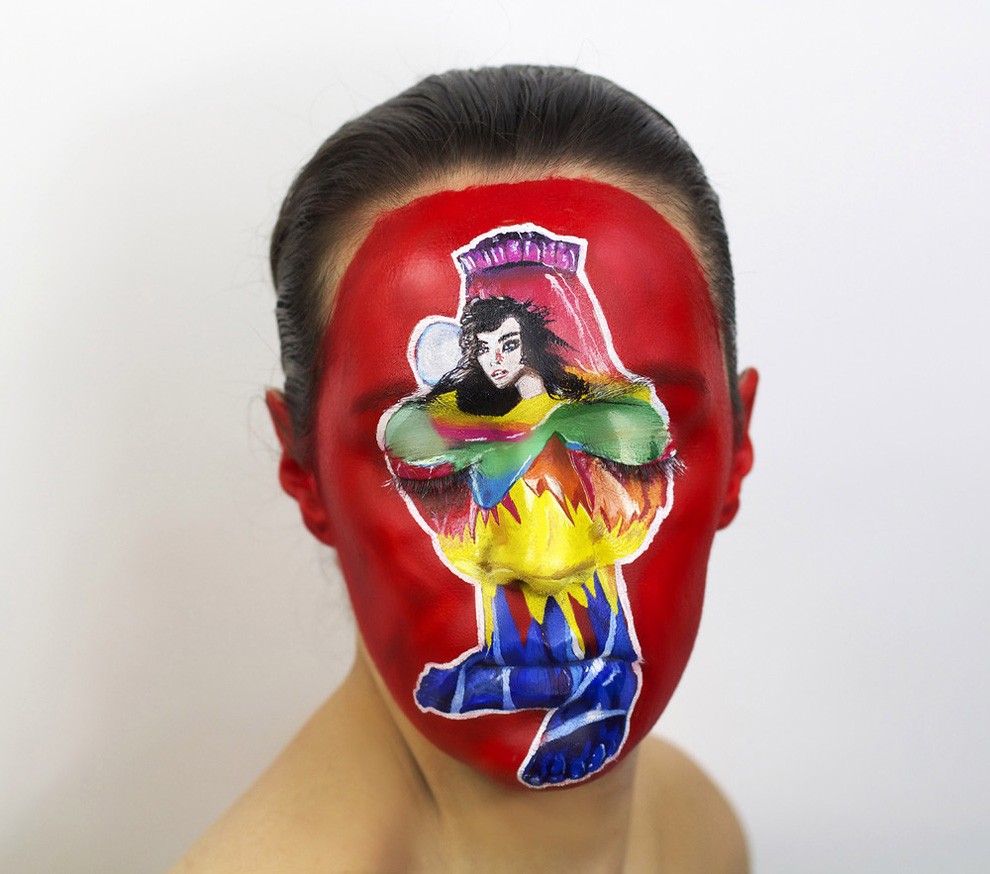 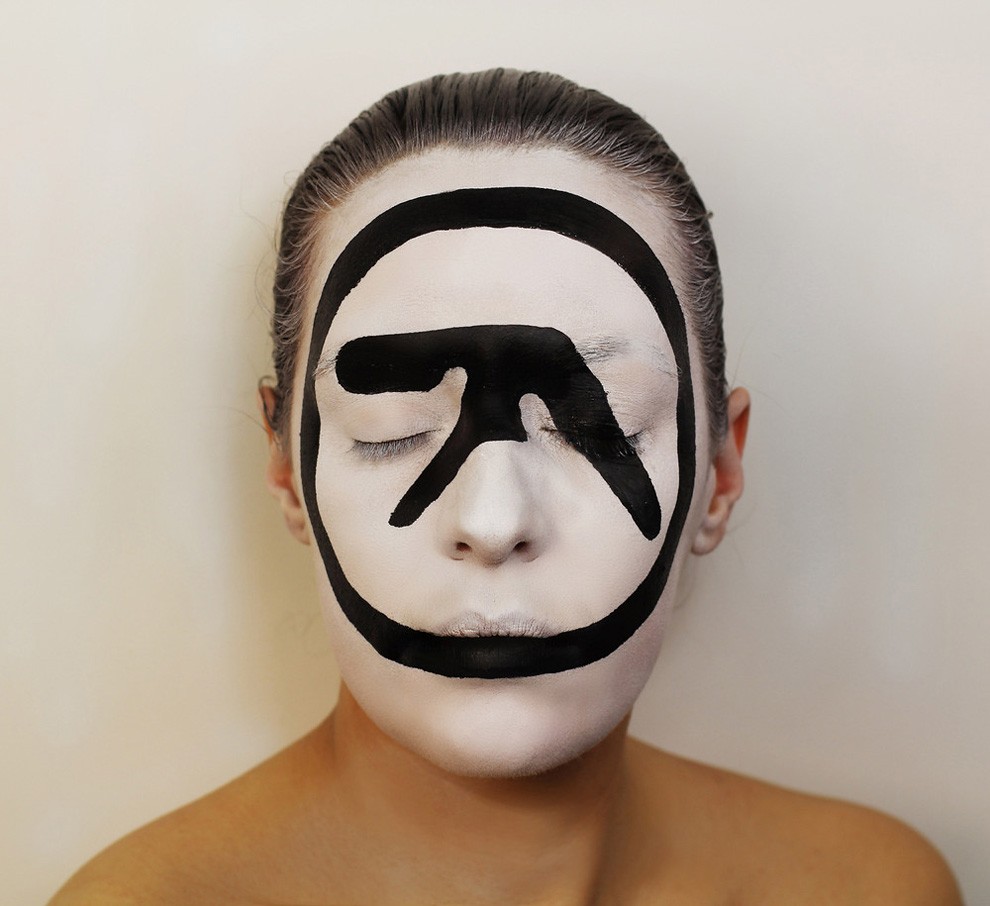 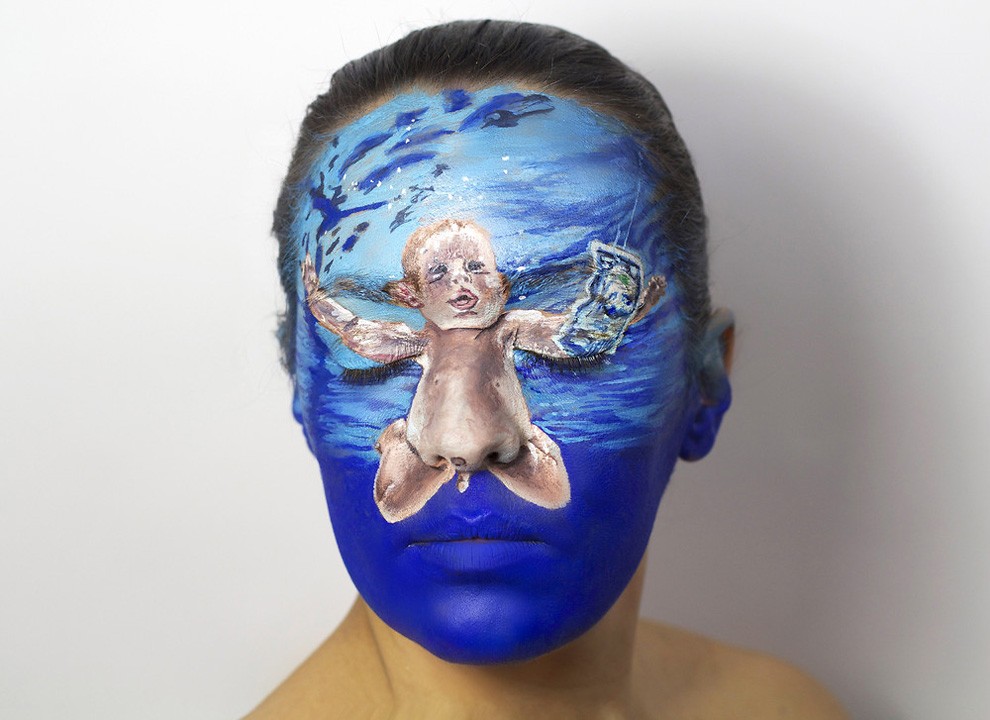