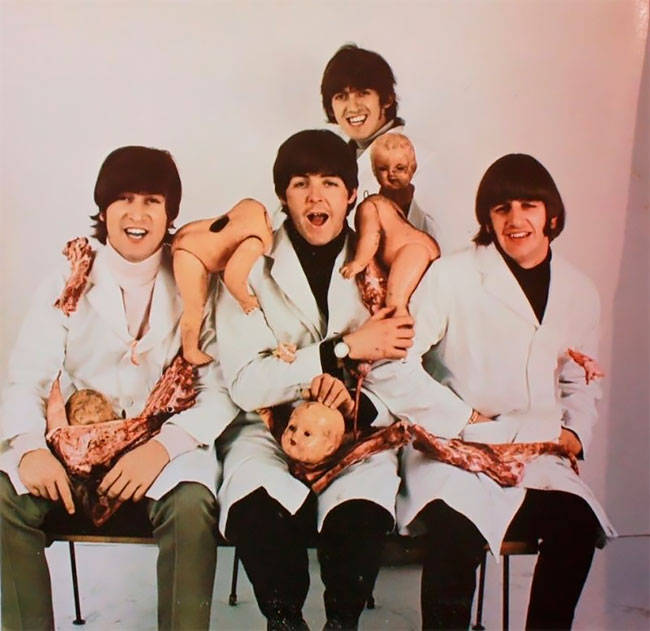 Yesterday and Today is a studio album by the English rock band the Beatles, their ninth album released on Capitol Records and twelfth American release overall. It was originally issued only in the United States and Canada, in June 1966. 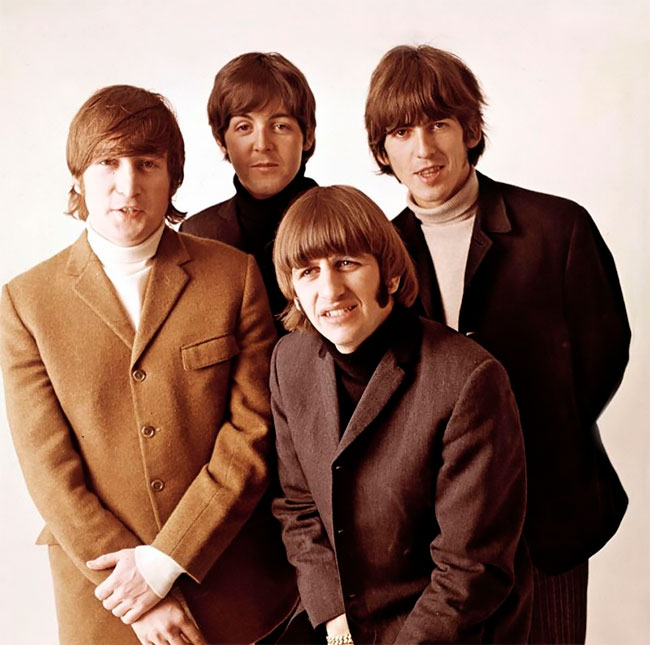 Typical of the Beatles’ North American discography until 1967, the album contains songs that Capitol had withheld from its versions of the band’s recent EMI albums – in this case, Help! and Rubber Soul – along with others that were issued on non-album singles. 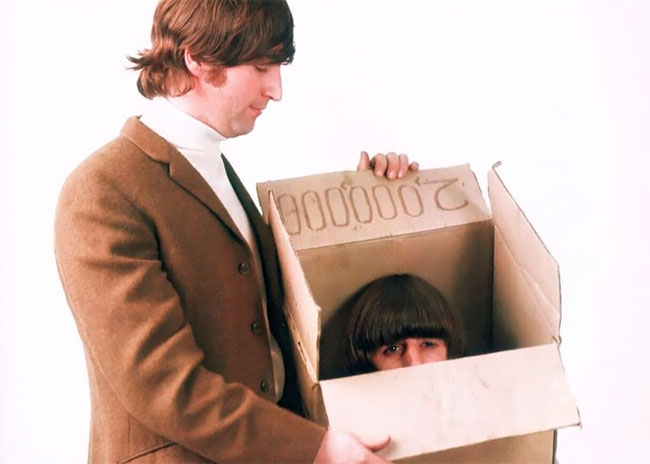 The album is remembered primarily for the controversy surrounding its original cover image. Taken by photographer Robert Whitaker, and said to be the Beatles’ statement against the Vietnam War, this ‘butcher cover’ image showed the band dressed in white smocks and covered with decapitated baby dolls and pieces of raw meat. 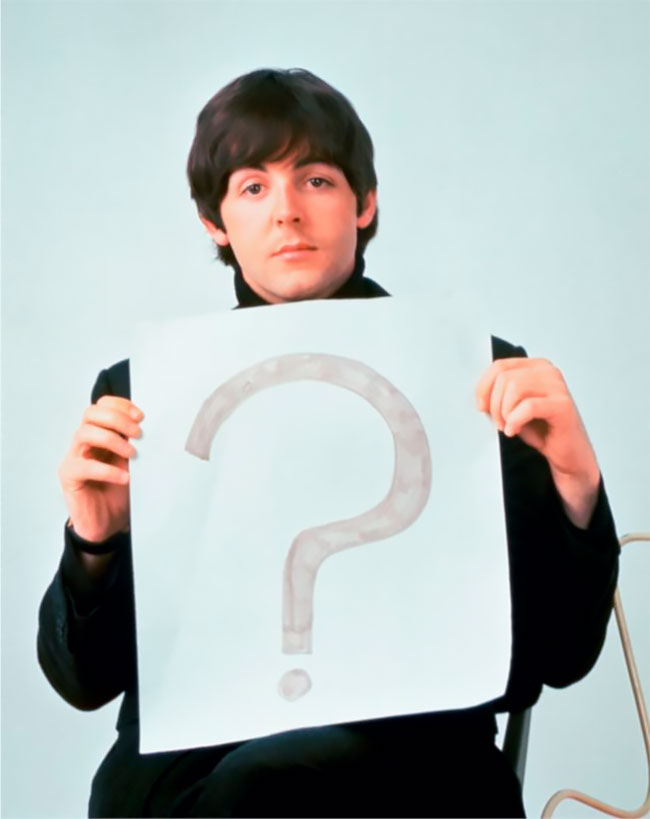 Others said it was the Beatles protesting the fact that their North American albums had been ‘butchered’ – switched around and not as originally intended. 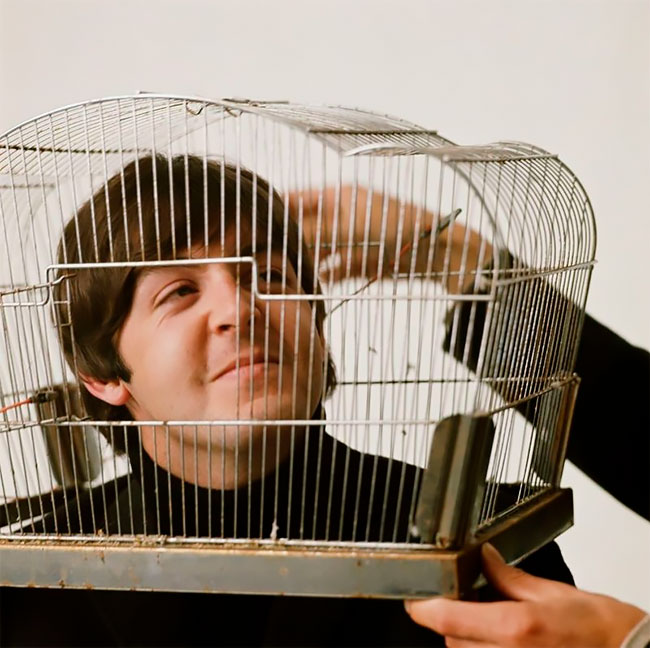 The album’s title plays on the title of the song “Yesterday”. Having been deleted from Capitol’s catalogue in 1986, Yesterday and Today was reissued on CD in 2014. 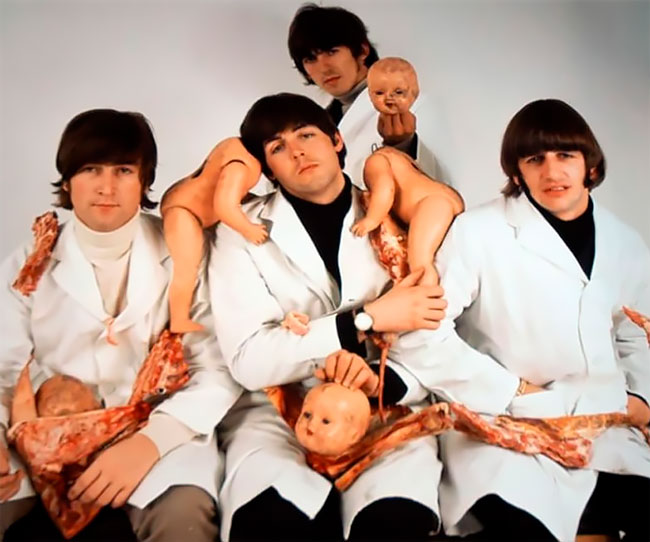 These pictures of The Beatles cover session for the album Yesterday and Today were taken by photographer Robert Whitaker at Vale Studios in Chelsea on March 25, 1966. 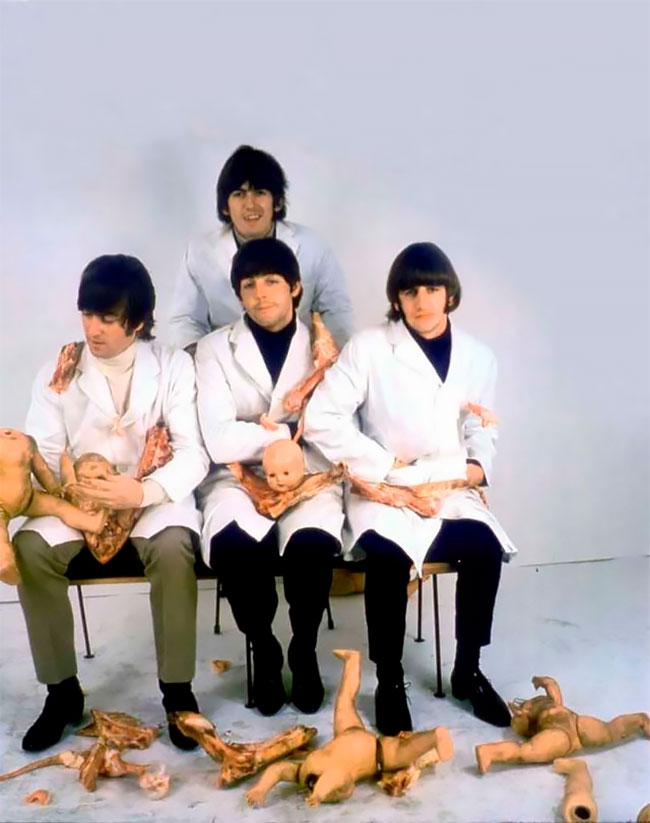 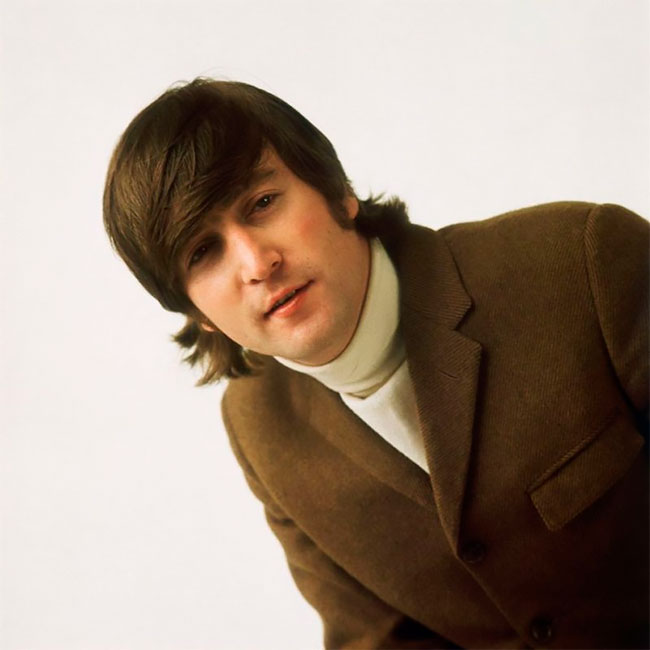 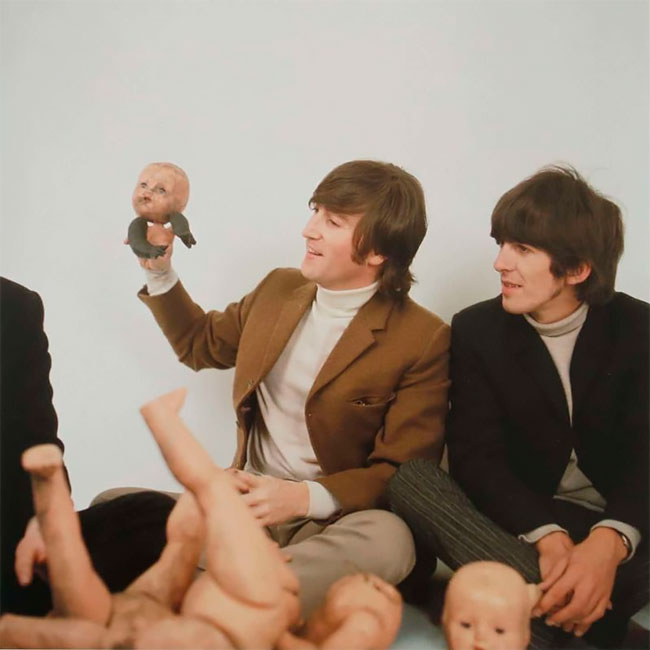 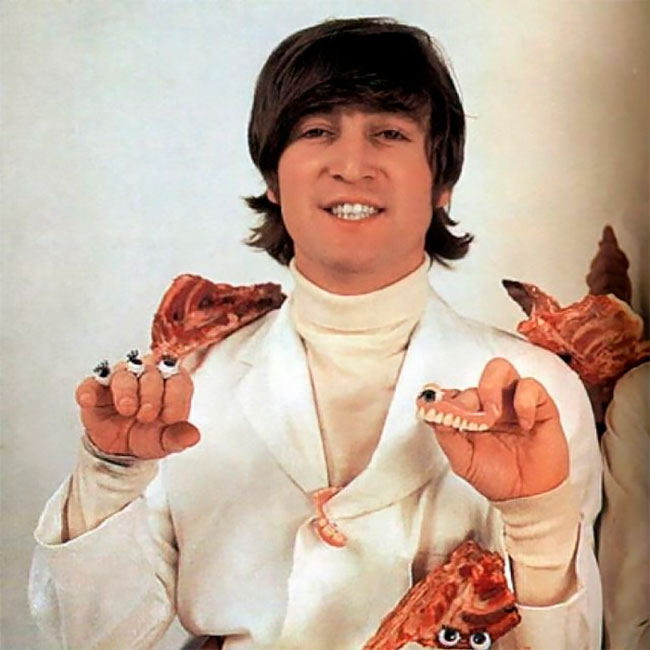 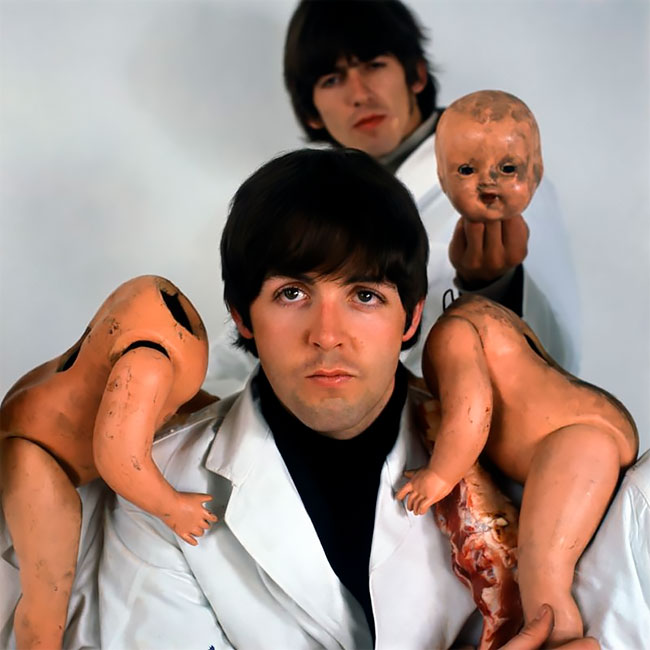 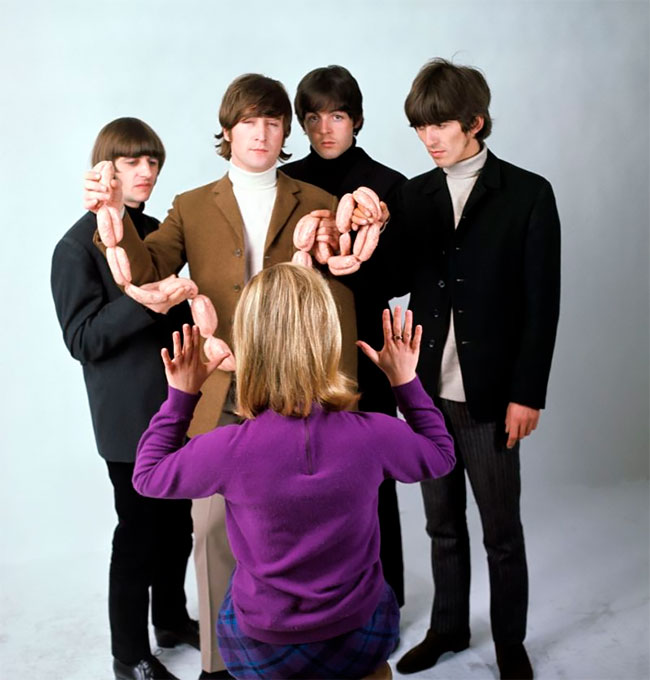 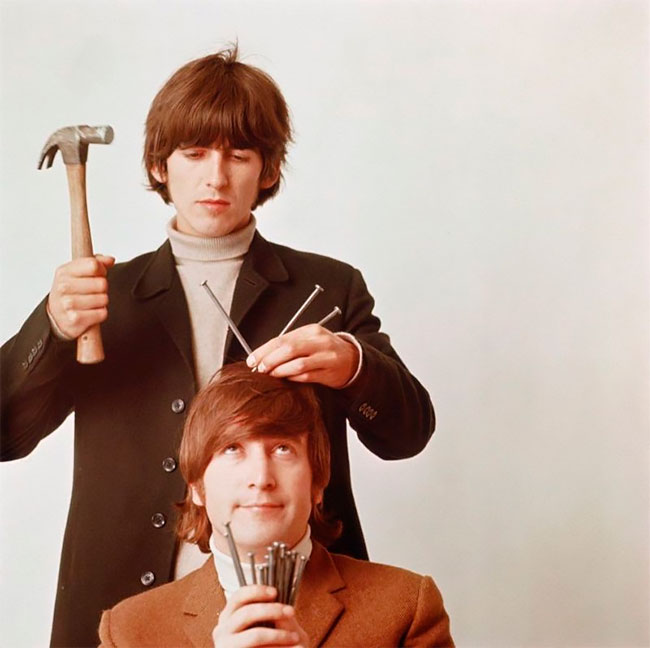 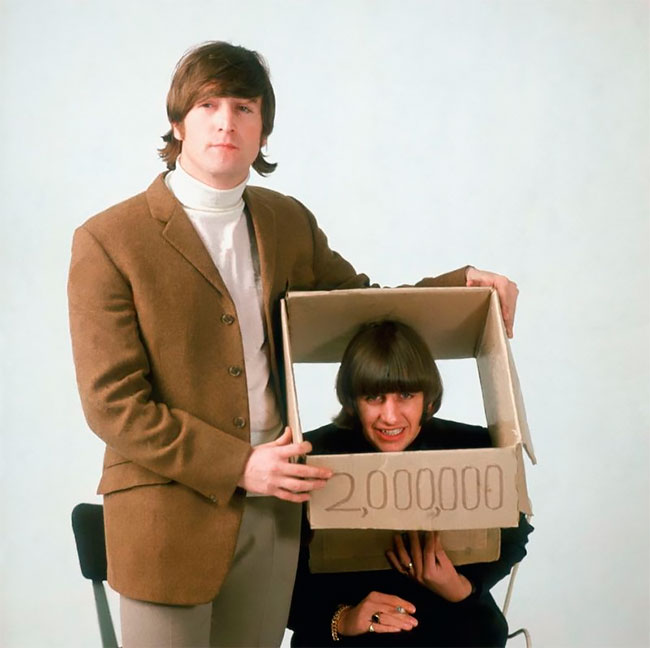 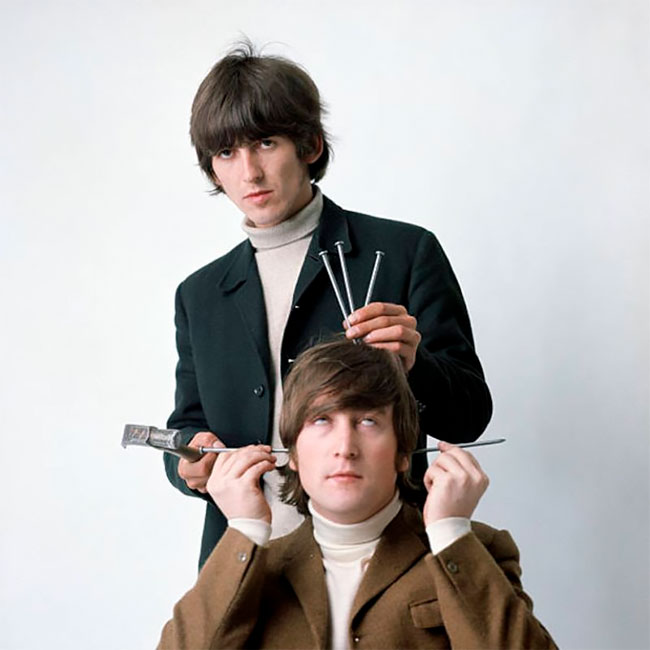 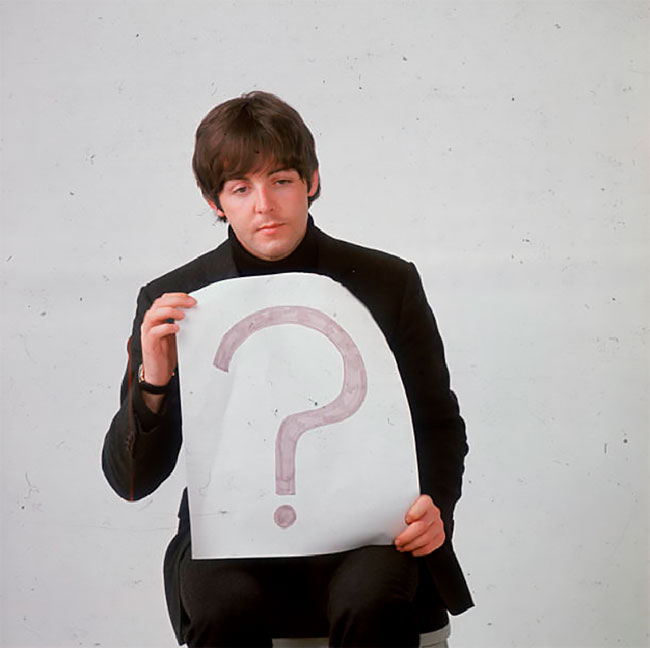 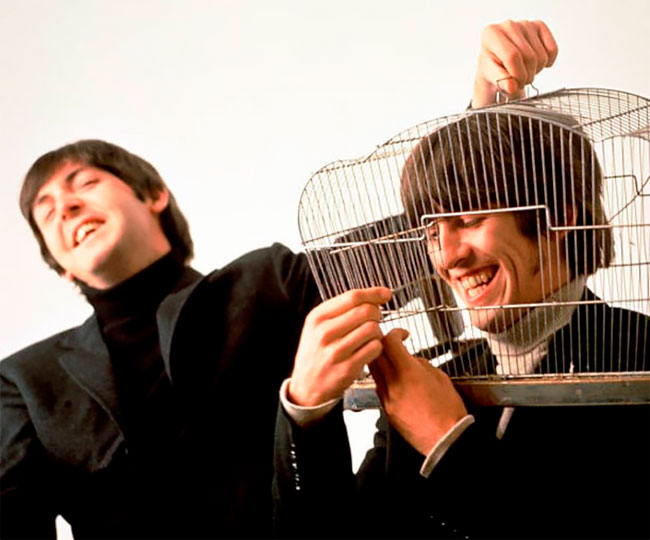 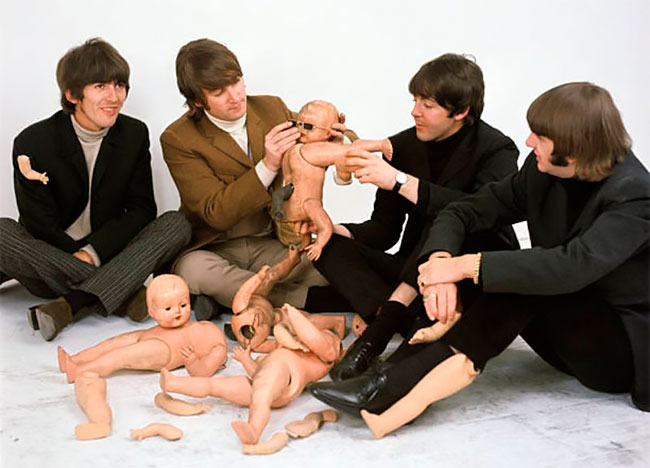 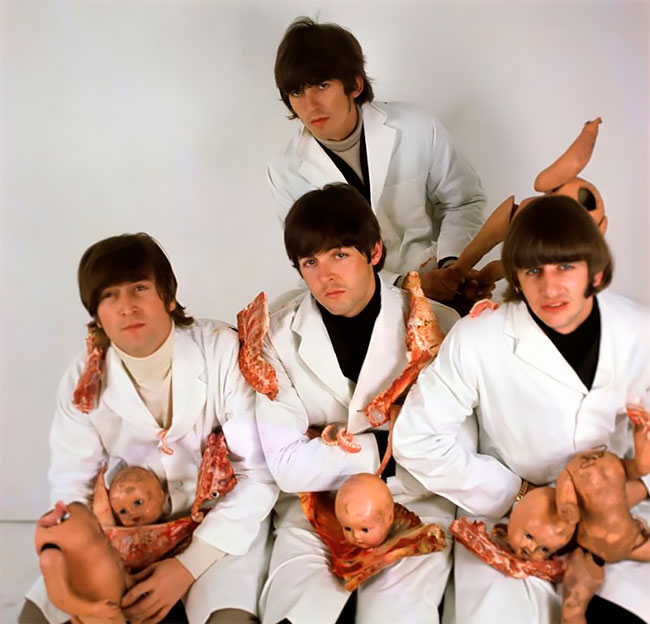 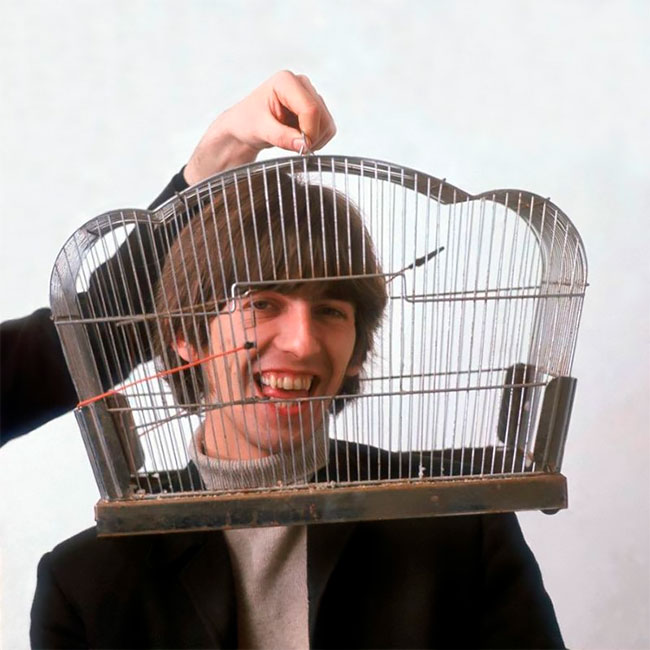 Photographer Took A Pictures Of Colorful Bus Stops Across Belarus
Turkish Photograher Gül Yıldız Captures Minimal And Atmospheric Black And White Urban Scenes
Breathtaking Photos Of Australian Drought From Above
The Dark Carnival Comes To Town
Gods & Beasts: Raw Portraits Show An Ambiguous Hierarchy Between Humans And Animals
Mammal Photographer Of The Year 2020 Contest Gives Top Prize To Urban Fox Photo
"Sunken Time": Soviet Russia, XX Century, 1962-1992, In Black & White Photographs By Mikhail Dashevsky
Lingerie Football League Media Call
Fascinating Vintage Photographs of Dutch Men In Traditional Volendam Worker Pants
The Ultimate Proof That Every Daughter Turns Into Her Mother
Beautiful Black & White Photographs of Children Playing in Barcelona in the 1970s
This Couple Did An ’80s Themed Photo Shoot For Their 10th Anniversary
Beautifully Nostalgic Photos Of The Constant Change In Dubai
Middle East Winter 2012: When Snowflakes Covered Scorching Arabian Land
Animus: Women As Women. Women As Men.
Spectacular Winning Photos Of The 2019 British Ecological Society Photography Competition
Fine Art Ballet Photography By Vikki Sloviter
Beautiful Portraits of Vietnamese Girls From the Youth of the Republic, 1961
These Photos Were Taken At Burning Man Festivals On Three Different Continents Show How Different They Are
"New Horizon": The Post-Soviet Landscape Through The Lens Of Rafal Milach
Sunny Photographs That Show Just How Far Out Beach Life Was In '70s
Shocking Photographs Of People Lying In 7 Days Worth Of Their Trash
"Portraits Of Bedlam": Haunting Photos Of Patients Treated At Britain’s Most Notorious Psychiatric Hospital In The 19th Century
Cool Snaps Capture People Posing With Signs In The Past
Red, White, Blue and Awkward: 20 Hilarious 4th of July Family Photos From the 1980s and 1990s
Never-Before-Seen Pictures That Show A Secret Pregnancy Of Movie Icon Marilyn Monroe In 1960
"Dolls And Masks": The Wildly Strange Family Album Photos Of Ralph Eugene Meatyard
These Photos Will Blow Your Mind – Russia In The 90s Through The Lens With French Photographer Lise Sarfati
"Back To The Future": Amazing Then And Now Portrait Photography By Irina Werning
Photographer Noe Alonzo Shoots Stunning Rainy Photos Of Seoul With His Phone
1960s, album, beatles, bizarre, cover