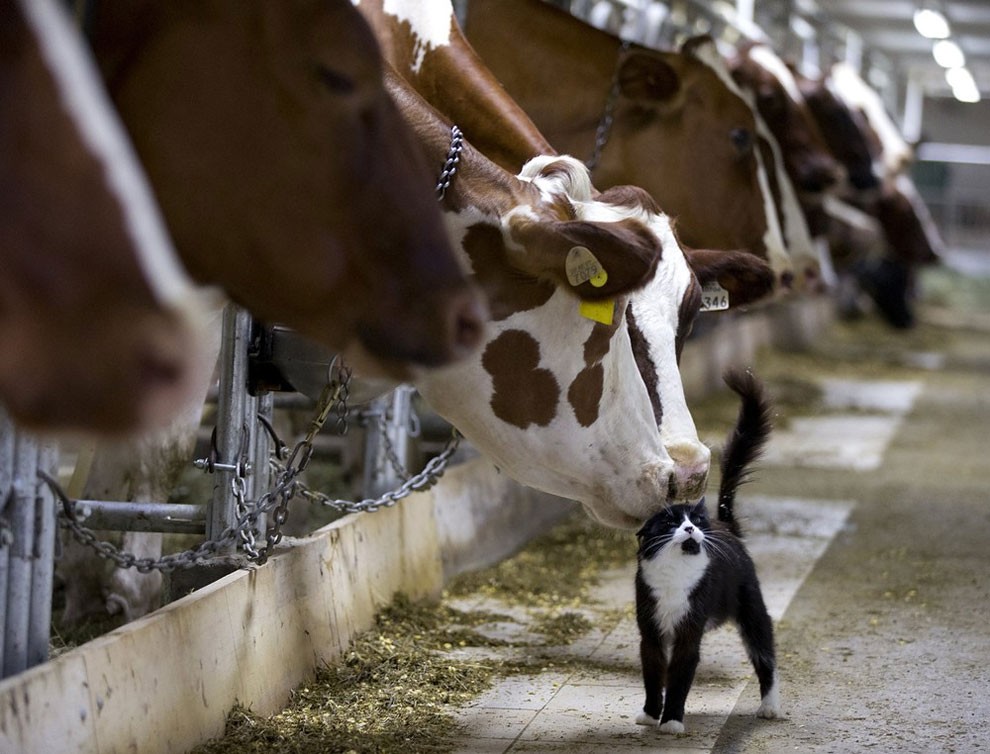 Dairy cows nuzzle a barn cat as they wait to be milked at a farm in Granby, Quebec July 26, 2015. Pacific Rim officials meet in Hawaii this week for talks which could make or break an ambitious trade deal that aims to boost growth and set common standards across a dozen economies ranging from the United States to Brunei. Canada’s refusal so far to accept more dairy imports is a major sticking point in the talks, infuriating the United States as well as New Zealand, which has said it will not sign a deal that fails to open new dairy markets. (Photo by Christinne Muschi/Reuters)