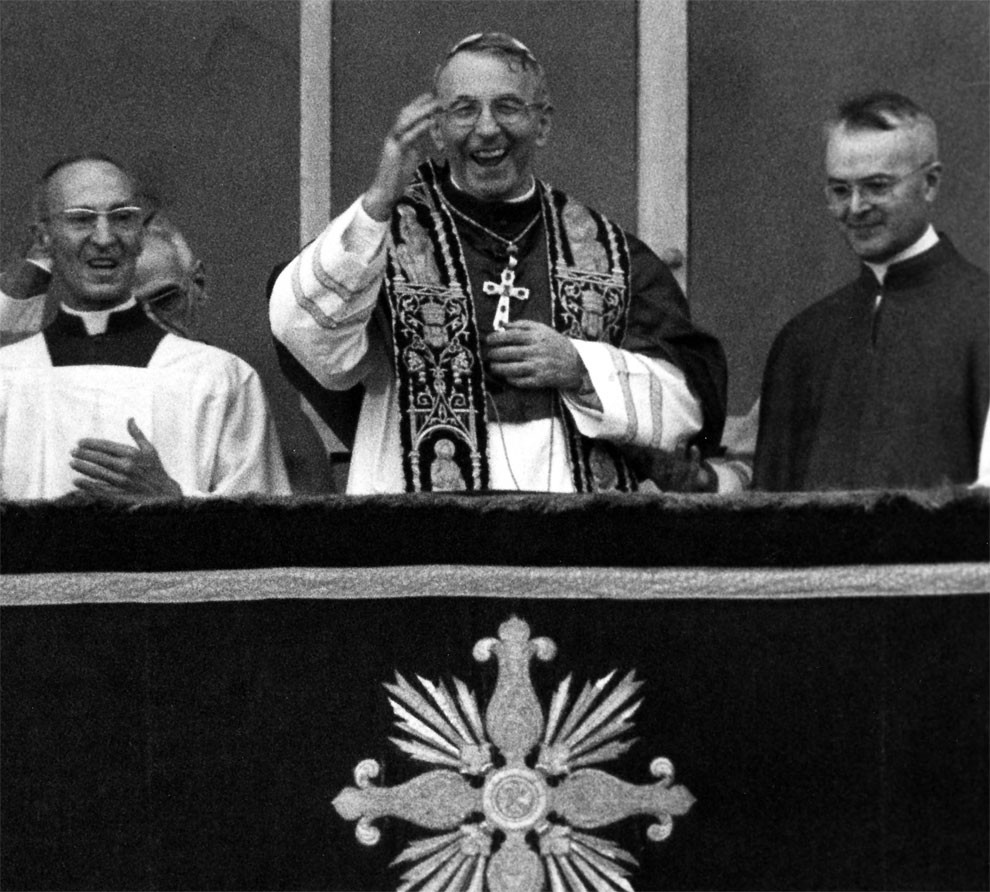 Pope John Paul I smiles and waves with both hands to crowd filling St. Peter’s Square August 26, 1978 when the former patriarch of Venice appeared on the balcony of St. Peter’s Basilica, short time after the white smoke coming out of the chimney of the Sistine Chapel, indicating that the conclavists had elected a successor for Pope Paul VI. He is flanked by Msgr. Virgilio Noe’, master of the pontifical office, right, and Msgr. Orazio Cocchetti, left, also of the pontifical ceremonies office. (Photo by AP Photo) 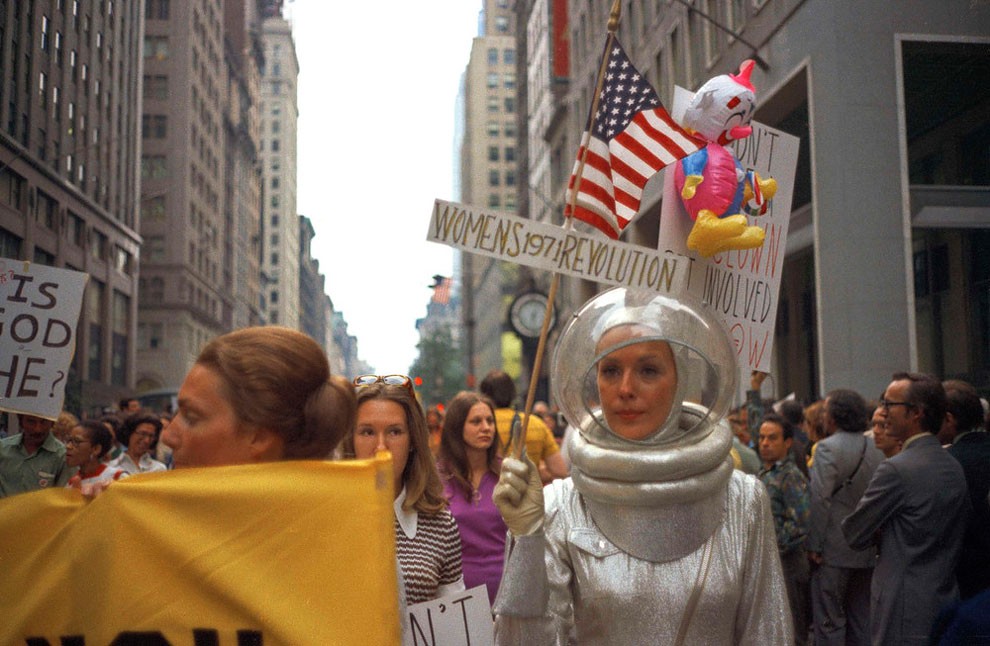 A woman dressed in an alien space suit carries an American flag and a sign that reads “Women’s Revolution 1971” as she marches in a Women’s Liberation demonstration on Fifth Avenue in New York, August 26, 1971. (Photo by Marty Lederhandler/AP Photo) 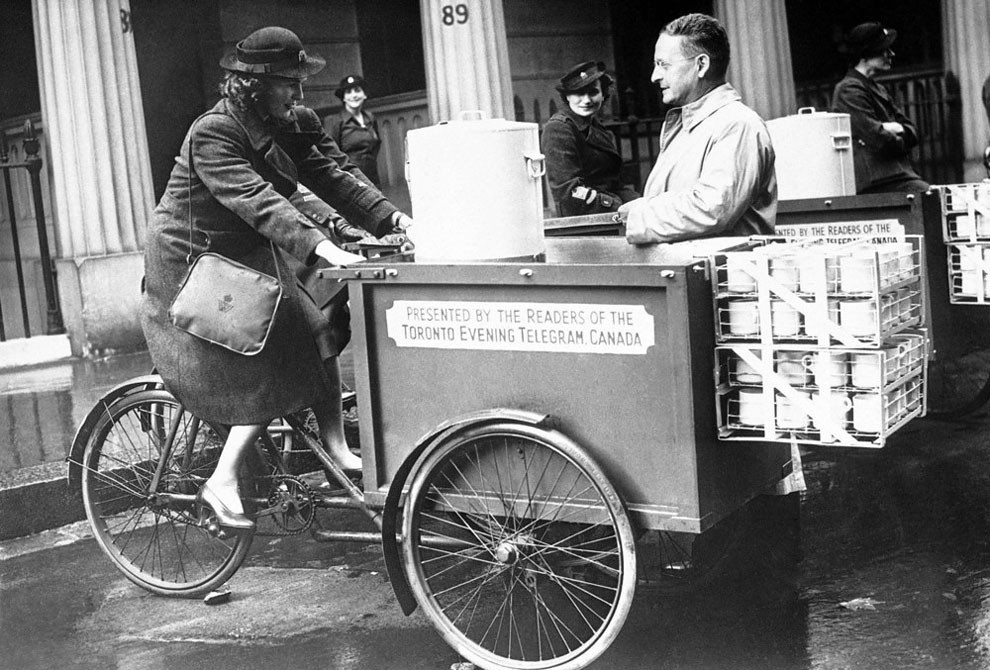 A Womens Voluntary Services cyclist chats with Major Bert Wemp, former mayor of Toronto, right, after he inspected her food tricycle in London, on August 26, 1942. Major Wemp presented the WVS with a number of tricycles, porter barrows and vans purchased with money donated by readers of the Toronto Evening Telegram. (Photo by AP Photo) 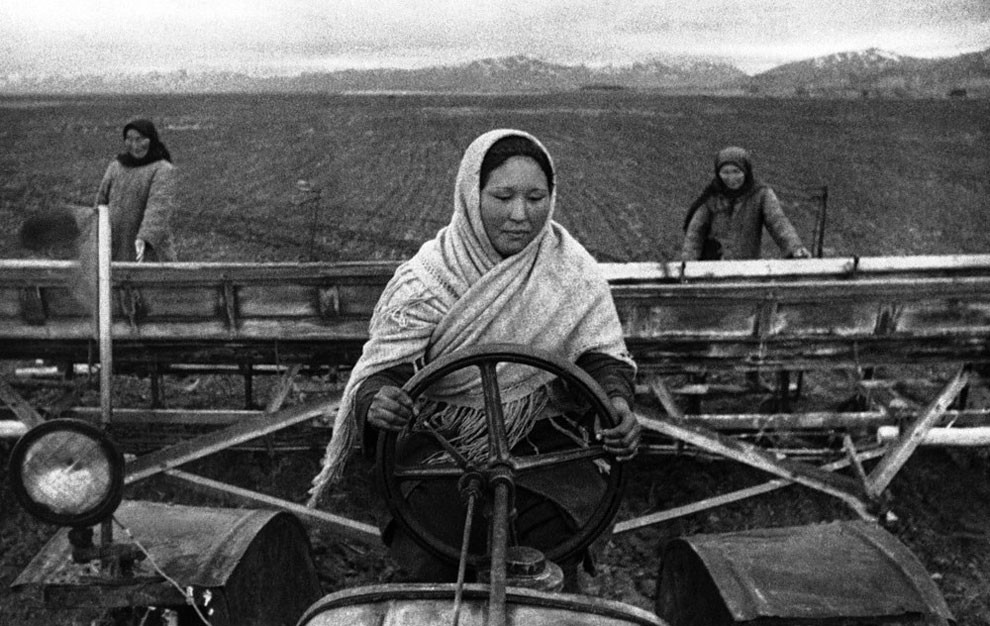 Young Soviet girl tractor-drivers of Kirghizia, efficiently replacing their friends, brothers and fathers who went to the front. A girl tractor driver of the sowing sugar beet, on August 26, 1942. (Photo by AP Photo) 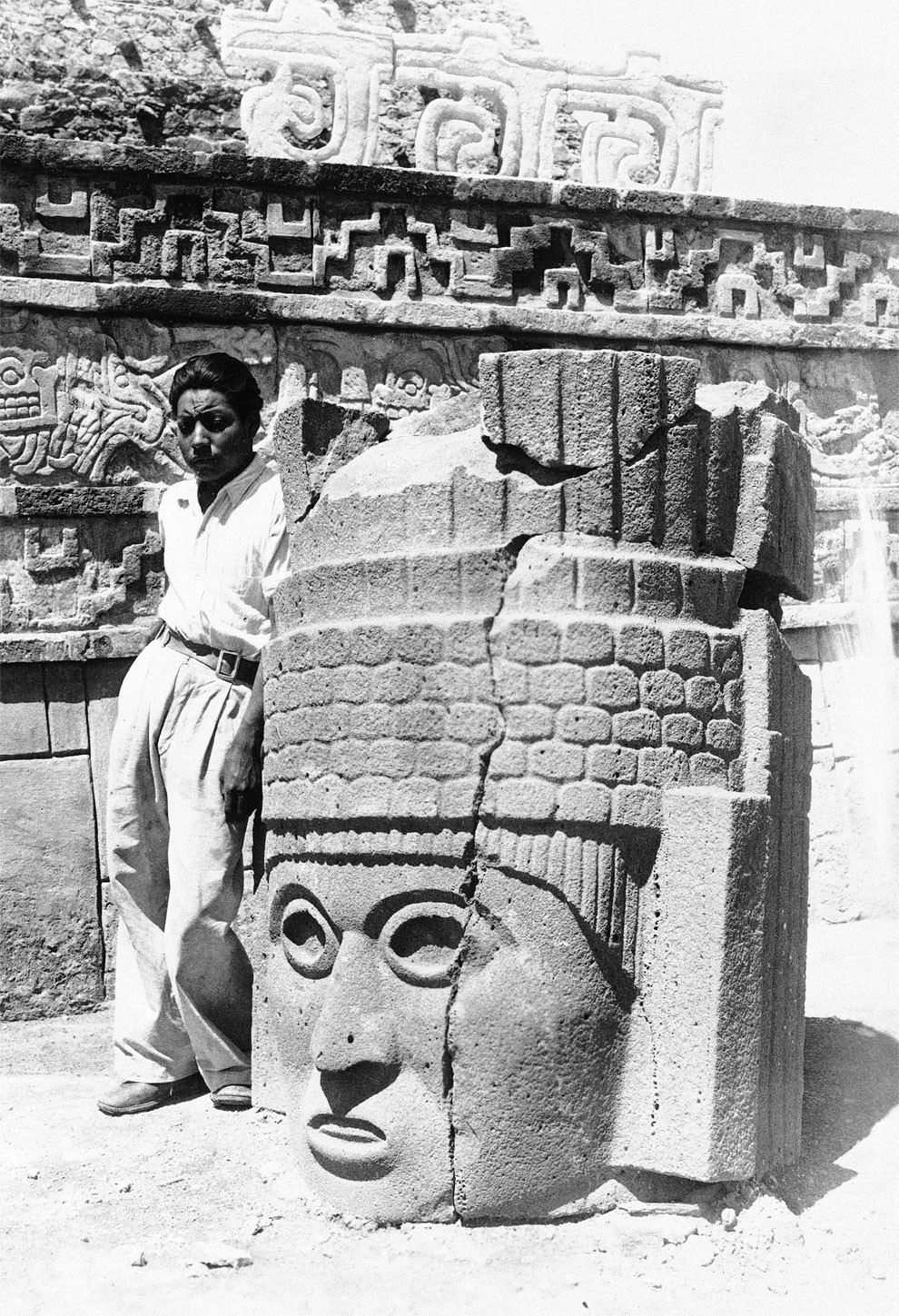 One of the idols was cracked, indicating that the invading Aztecs may have thrown it from a pyramid during a battle, shown in Mexico City, August 26, 1943. (Photo by AP Photo) 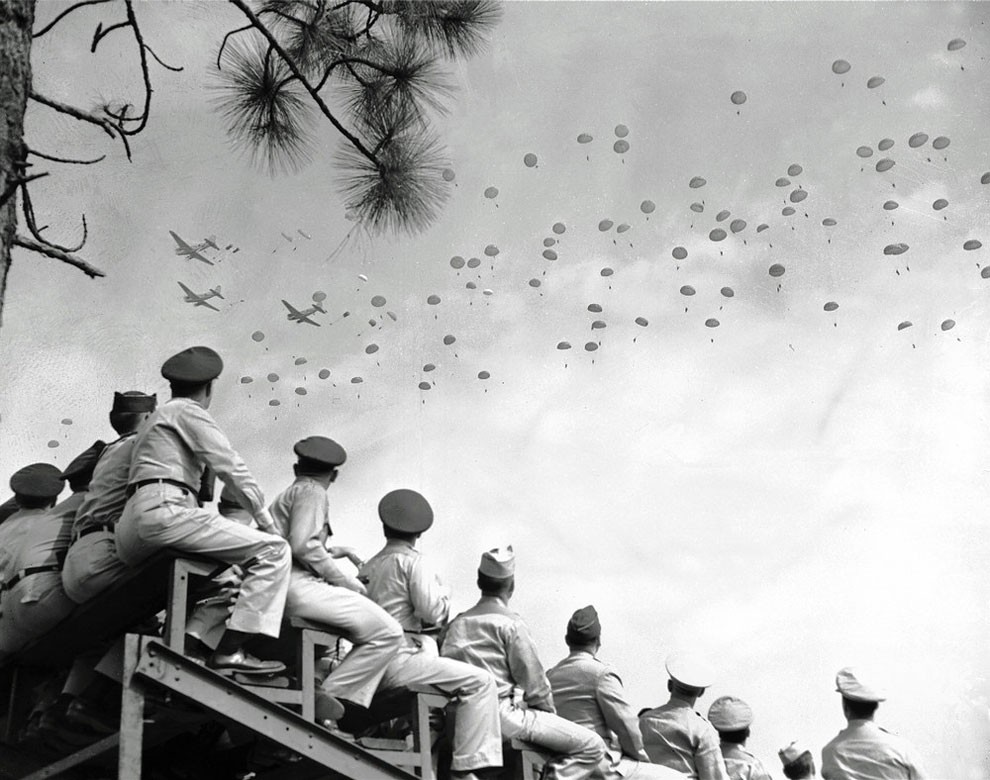 Paratroopers of the 82nd Airborne Division drop from the sky during a training exercise at Southern Pines, N.C., August 26, 1951. (Photo by AP Photo) 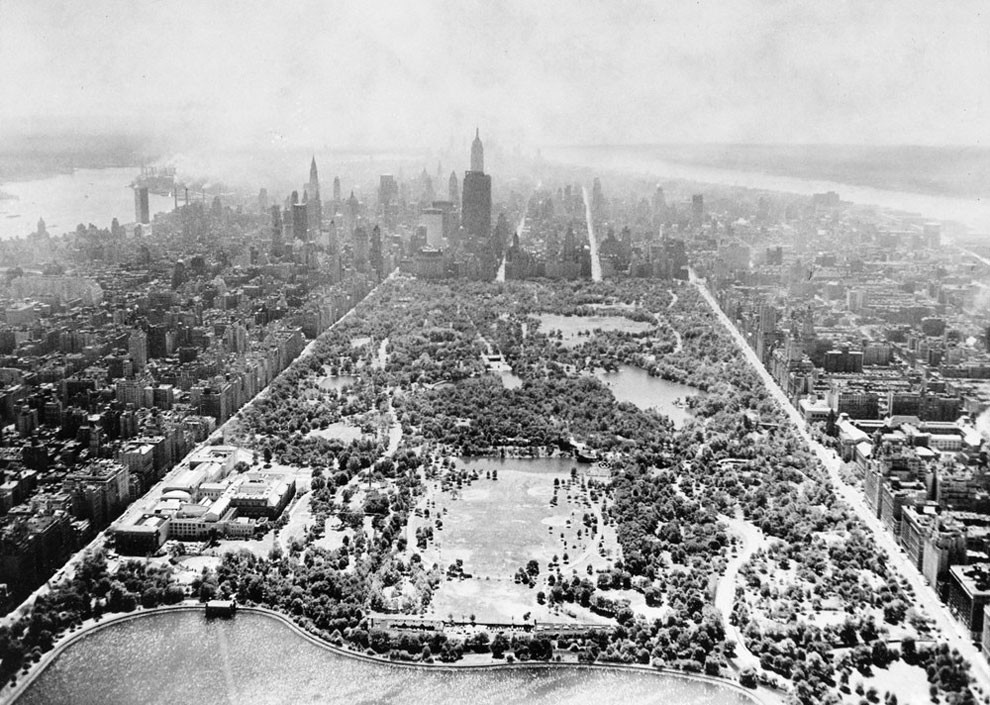 This aerial view shows two-thirds of Central Park’s 40 acres, looking south toward the tip of Manhattan, on August 26, 1957. In the foreground is part of the billion-gallon reservoir, and the open space above contains six baseball diamonds. At left along Fifth Ave., is the Metropolitan Museum of Art. The tall skyscraper in the center is the Empire State Building. (Photo by AP Photo) 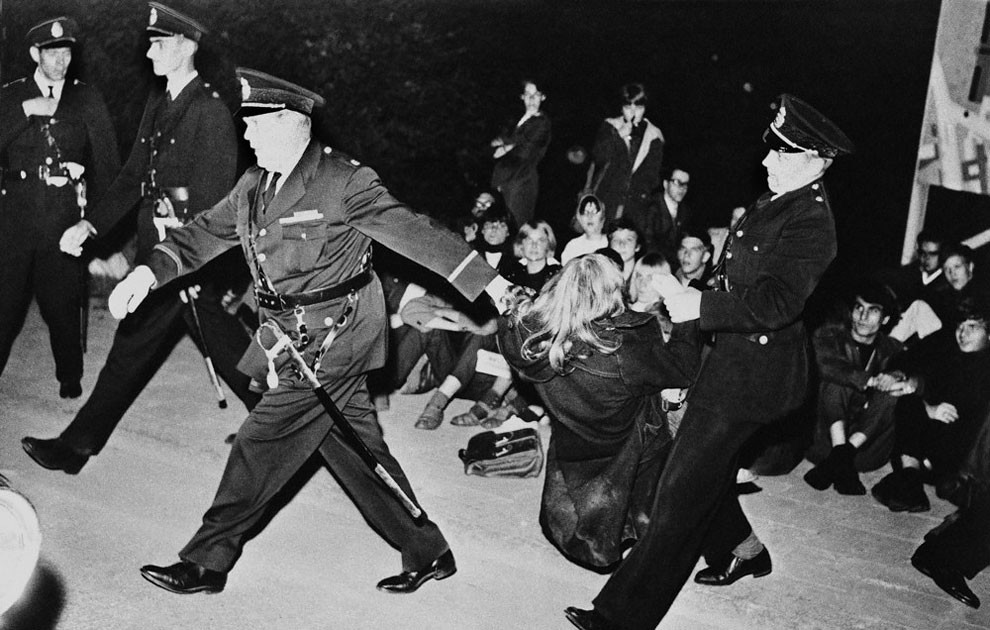 Swedish police had their hands full trying to move demonstrators into police cars and away from the U.S. embassy in Stockholm, Sweden on August 26, 1962. A girl is pulled toward the police car. Demonstrations were held outside the U.S. embassy and t he Russian embassy, in protest against nuclear testing. (Photo by AP Photo) 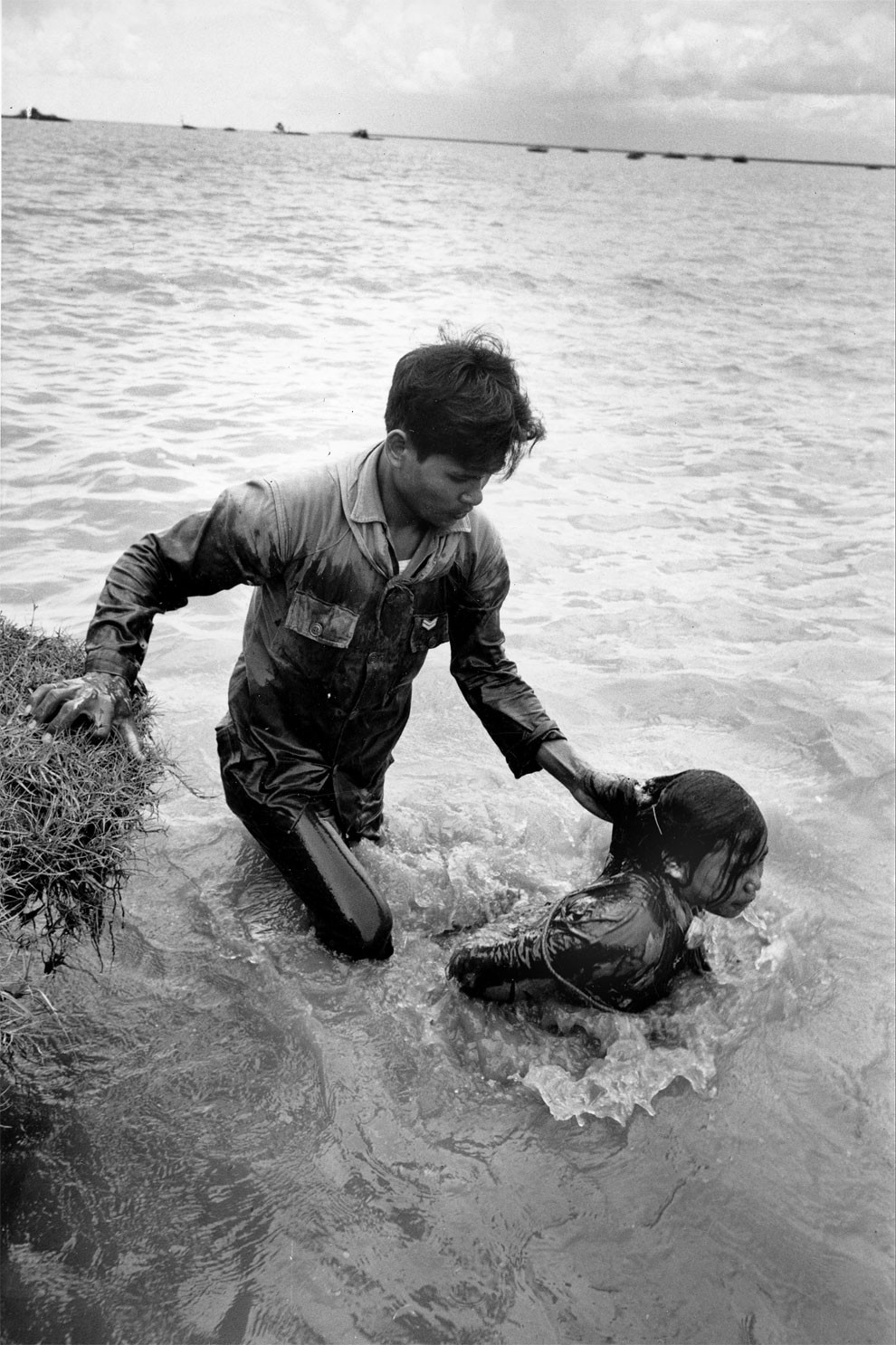 A Vietnamese soldier drags a woman by her hair through a canal in Ap La Ghi, Mekong Delta, August 26, 1965 during the Vietnam War. The woman, suspected of being a Viet Cong collaborator, had her hands tied and was submerged repeatedly as soldiers interrogated her for information about the identity and location of local guerrilla forces. She was later imprisoned. (Photo by Huynh Thanh My/AP Photo) 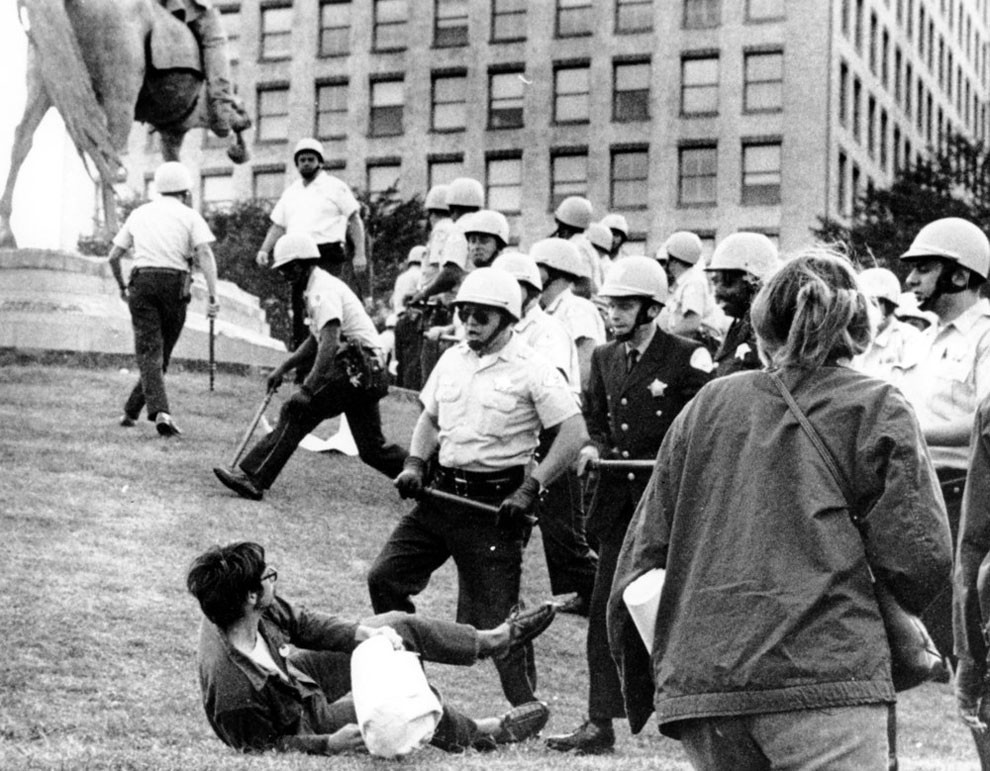 This photo shows Chicago policemen with nightsticks in hand confronting a demonstrator on the ground in Grant Park, Chicago, on August 26, 1968. The police force converged at Grant Park when protesters opposing the Vietnam War climbed on the statue of civil war Gen. John Logan. (Photo by AP Photo) 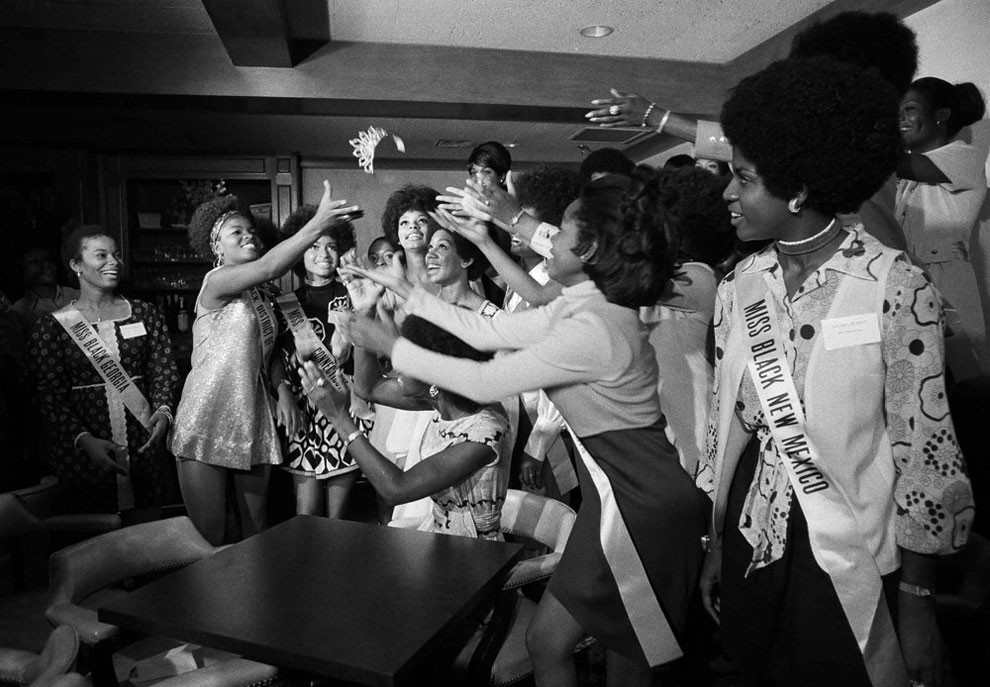 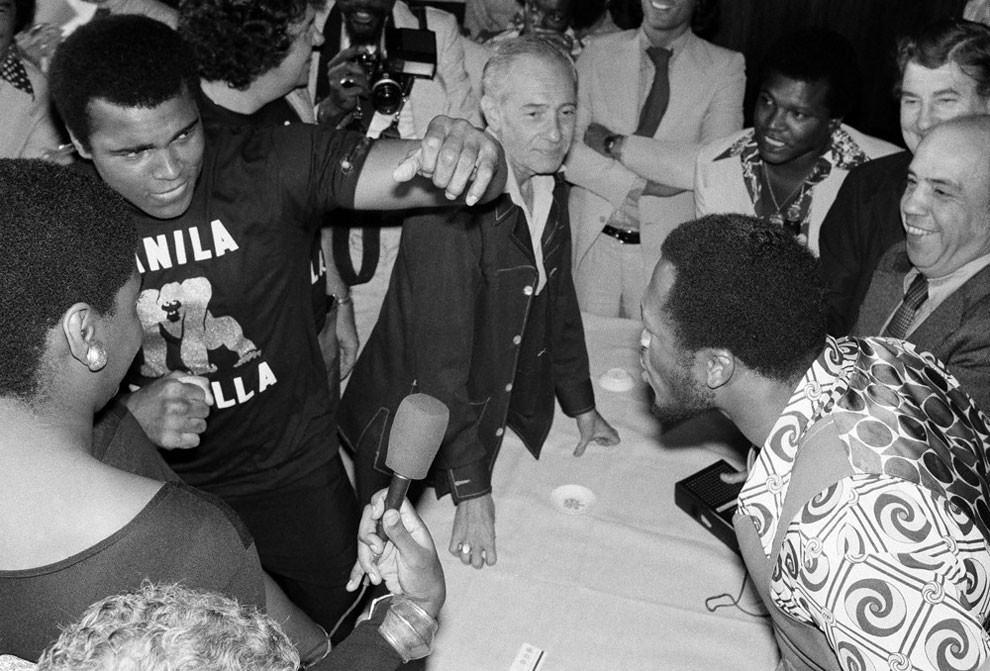 Heavyweight champion Muhammad Ali confronts challenger Joe Frazier during a news conference in New York, August 26, 1975. Ali barged into the conference causing commotion with newsmen ready to record the event. He is slated to defend his title against Frazier in Manila, October 1. (Photo by Richard Drew/AP Photo) 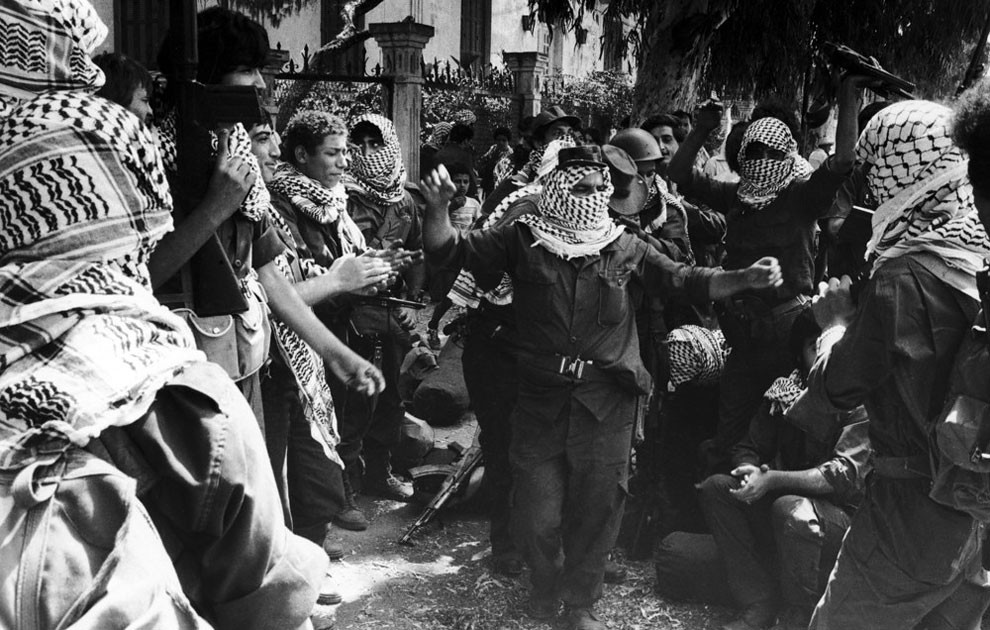 A group of Palestinians gather and dance together in West Beirut, on August 26, 1982, as they await their evacuation from Lebanon. It is the sixth day of the evacuation of the PLO overseen by the multi-national forces of America, Italy and France. (Photo by AP Photo/Rawas) 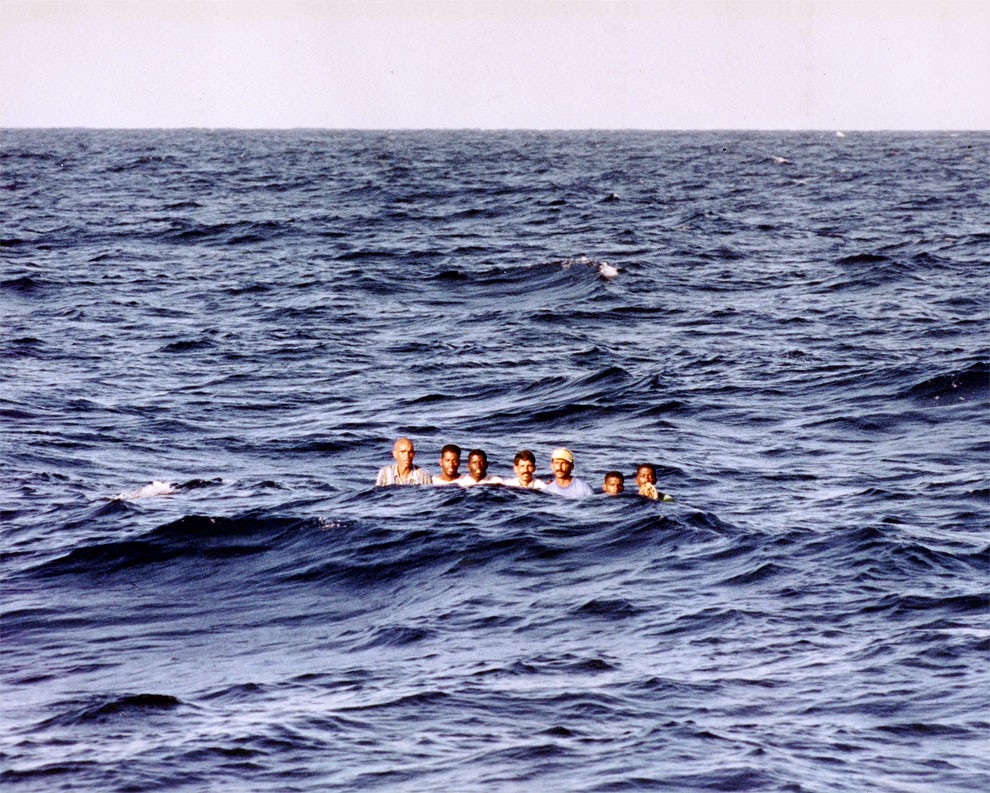 Cuban Rafters battle high seas before being picked up by the U.S. Coast Guard cutter Gallatin on August 26, 1994. The Cubans will later be transferred to a Navy ship bound to Guantanamo Bay, Cuba. (Photo by Steve Helber/AP Photo)