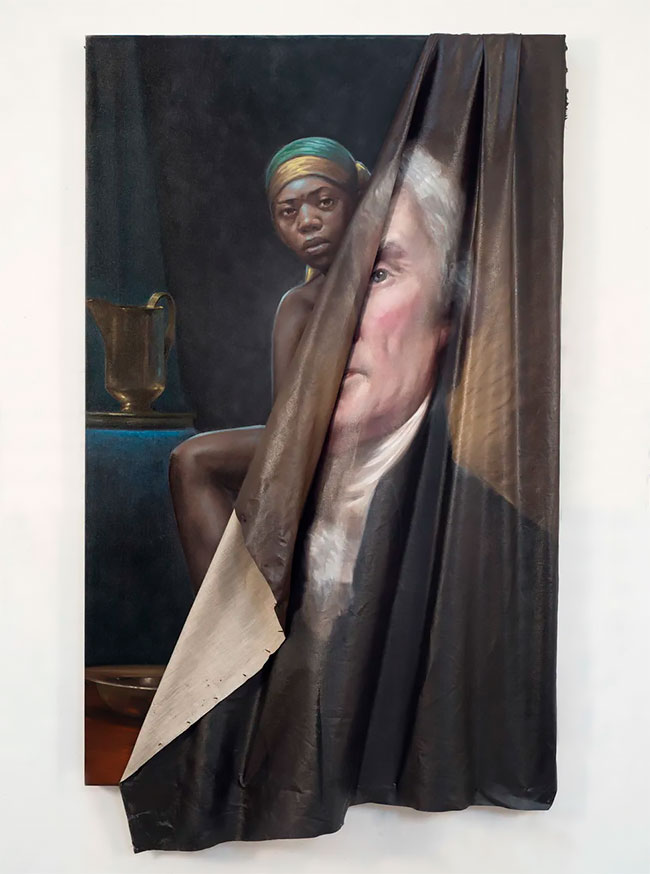 Hanging half loose from its stretcher, a portrait of Thomas Jefferson reveals an image of a black woman behind it. It’s a provocative juxtaposition that raises a question about the relationship between the two subjects. Her hair is covered while her partially shown shoulder and leg are bare. She is brown-skinned with an indeterminable gaze. She evokes both assertion and alarm.

Titled “Beyond the Myth of Benevolence” (2014), the painting by Titus Kaphar was inspired by a Rembrandt Peale portrait of Jefferson made in 1800.

“This painting is about Thomas Jefferson and Sally Hemings, and yet it is not,” Kaphar said. “The reason I say, ‘And yet it is not,’ is because we know from the actual history that Sally Hemings was very fair. Very, very fair. The woman who sits here is not just simply a representation of Sally Hemings, she’s more of a symbol of many of the black women whose stories have been shrouded by the narratives of our deified founding fathers.” 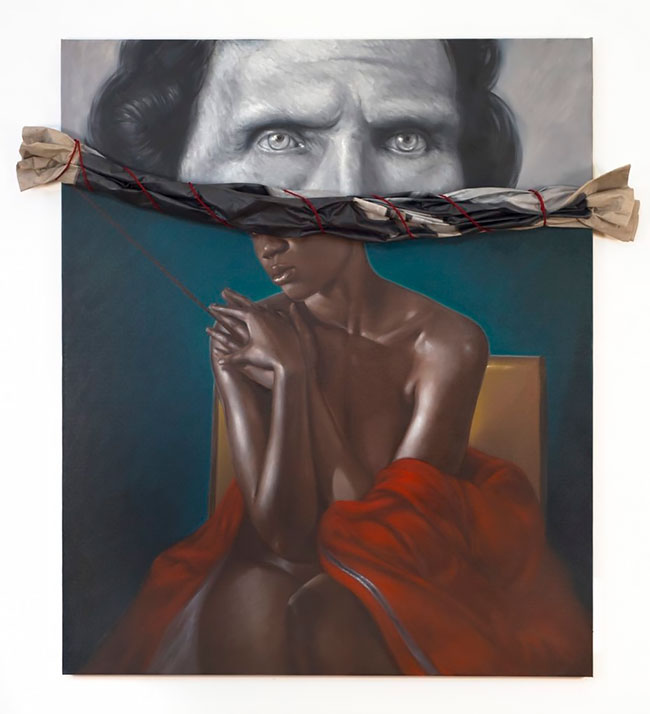 Titus Kaphar is an artist whose paintings, sculptures, and installations examine the history of representation by transforming its styles and mediums with formal innovations to emphasize the physicality and dimensionality of the canvas and materials themselves. 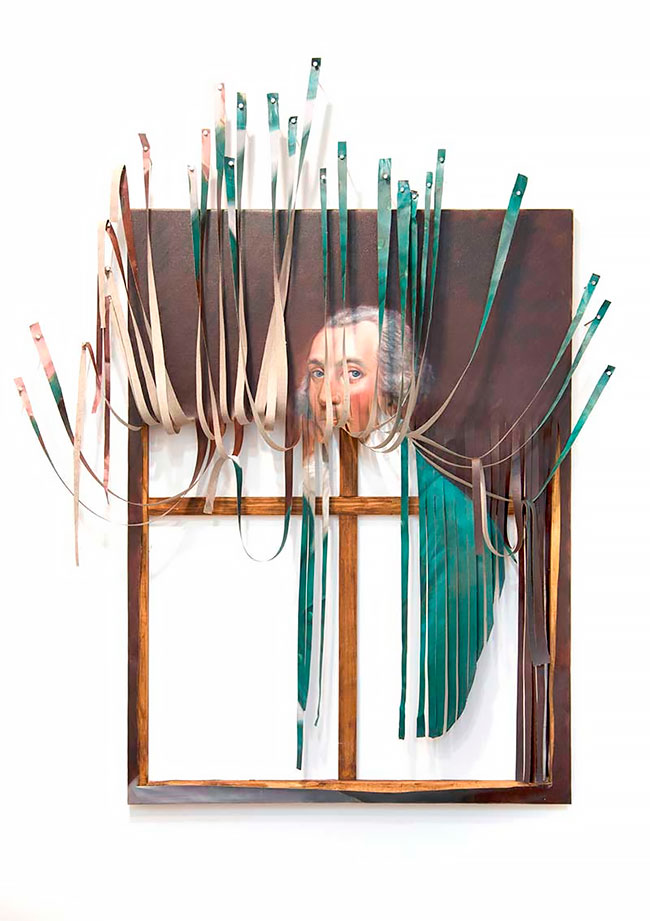 His practice seeks to dislodge history from its status as the “past” in order to unearth its contemporary relevance. He cuts, crumples, shrouds, shreds, stitches, tars, twists, binds, erases, breaks, tears, and turns the paintings and sculptures he creates, reconfiguring them into works that reveal unspoken truths about the nature of history. 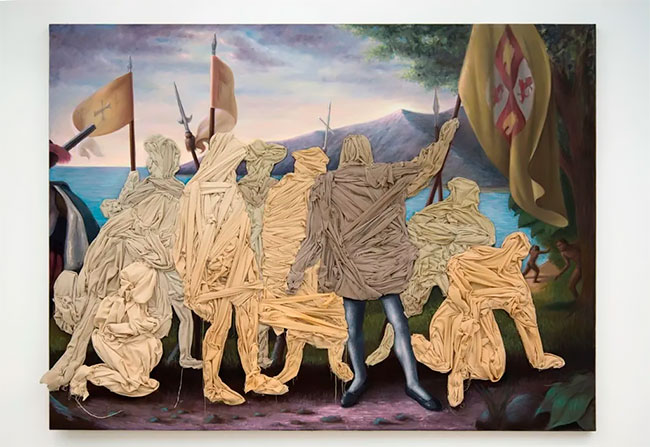 Open areas become active absences; walls enter into the portraits; stretcher bars are exposed; and structures that are typically invisible underneath, behind, or inside the canvas are laid bare to reveal the interiors of the work. In so doing, Kaphar’s aim is to reveal something of what has been lost and to investigate the power of a rewritten history. 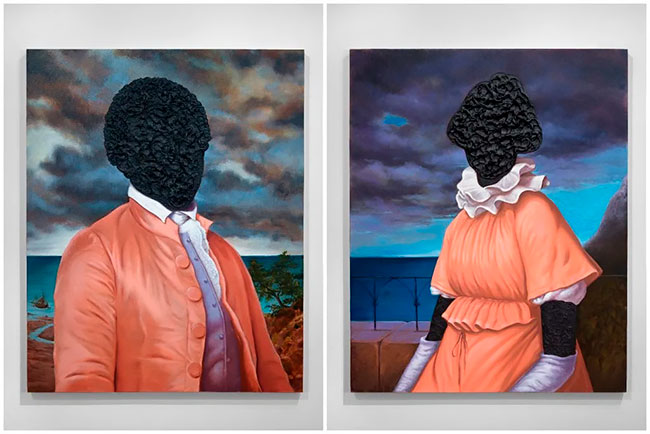 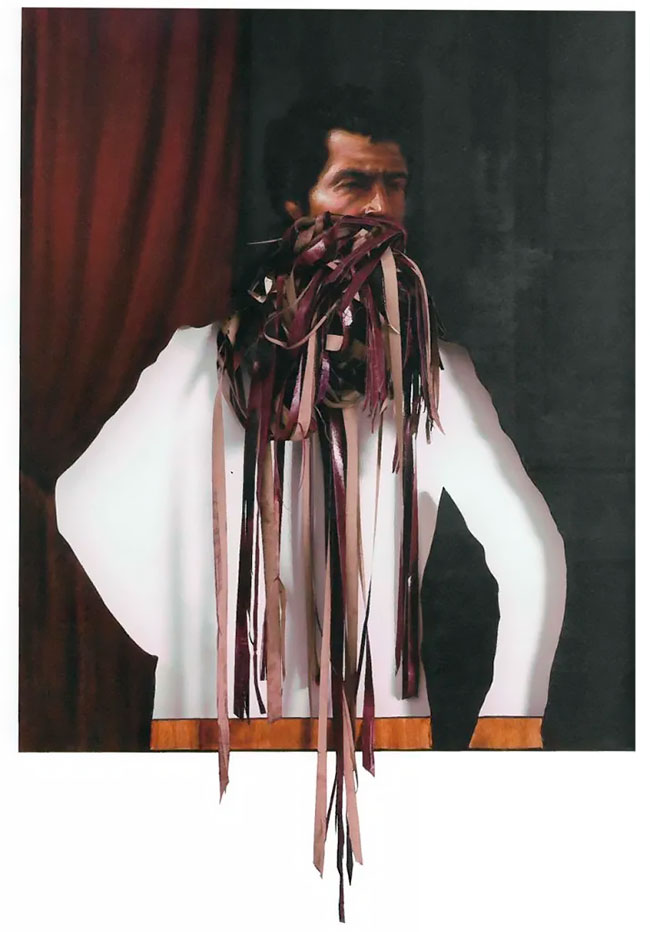 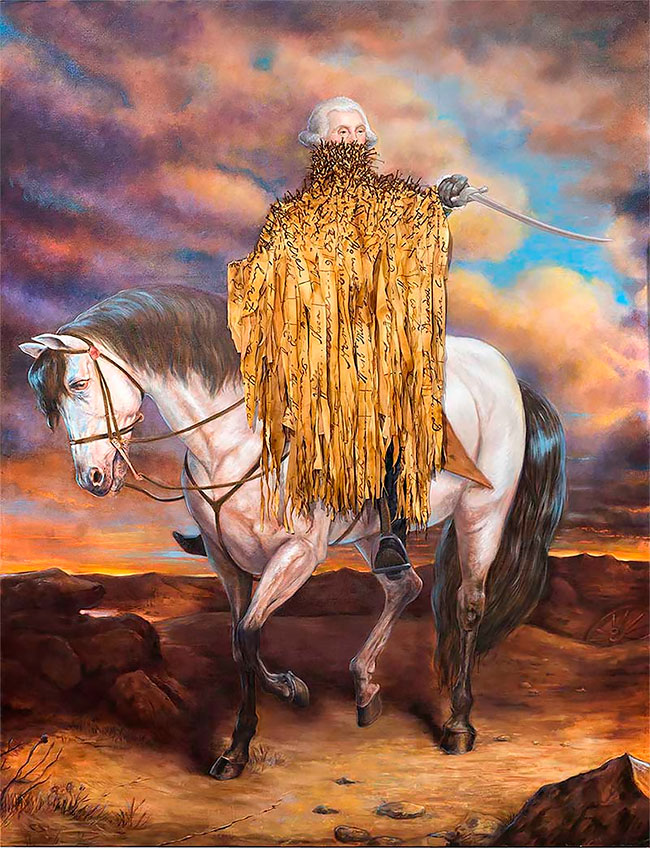 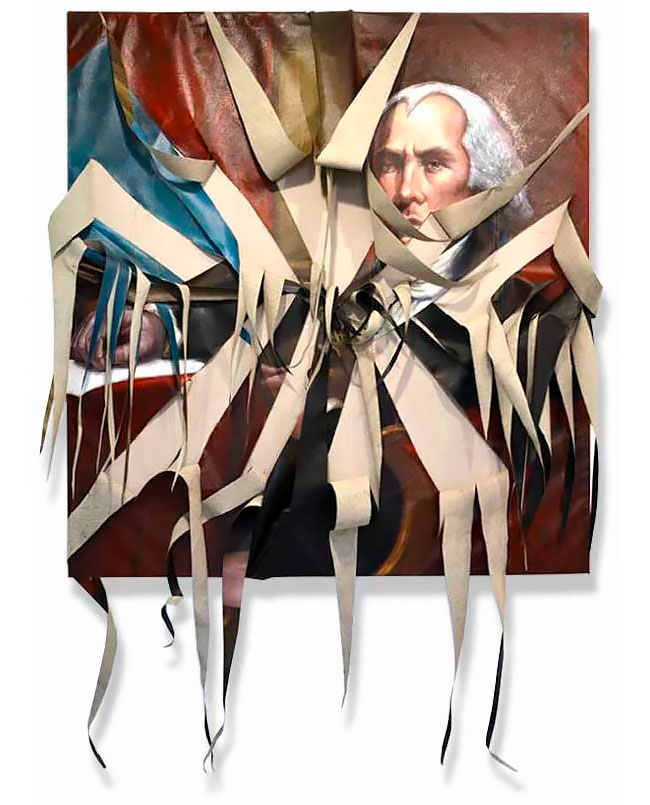 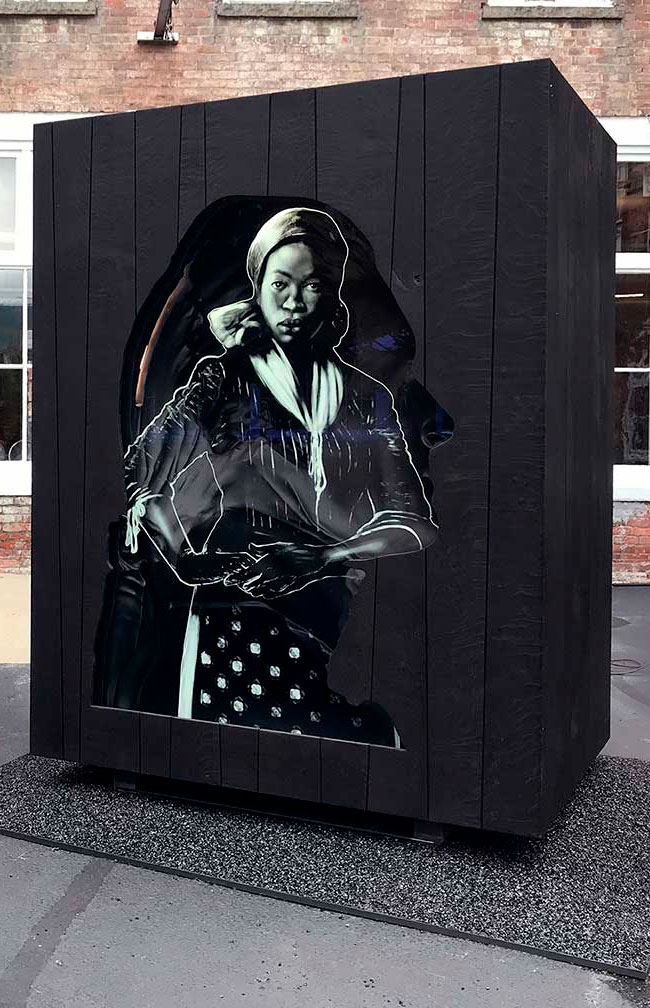 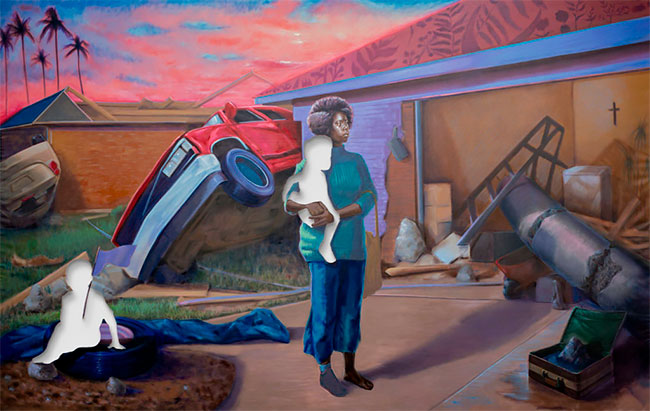 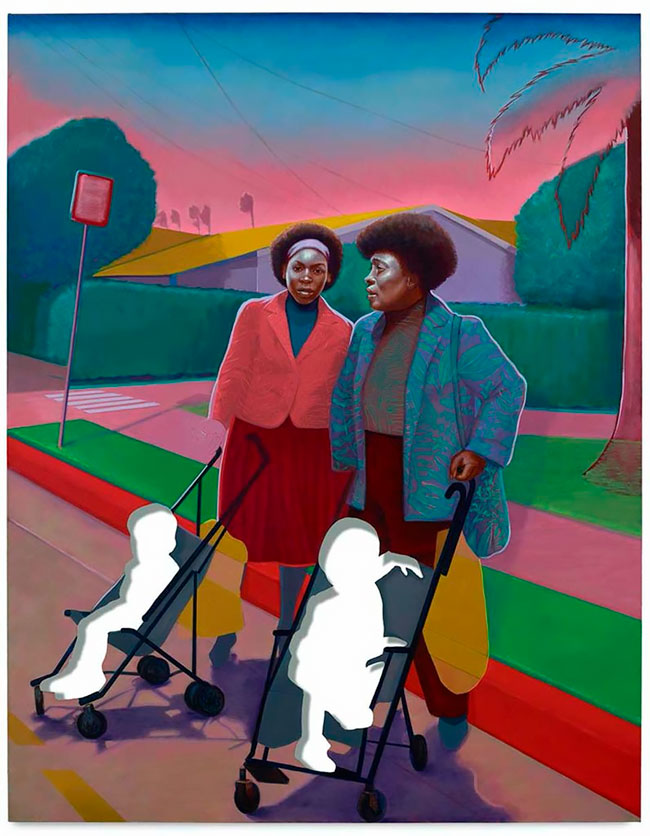 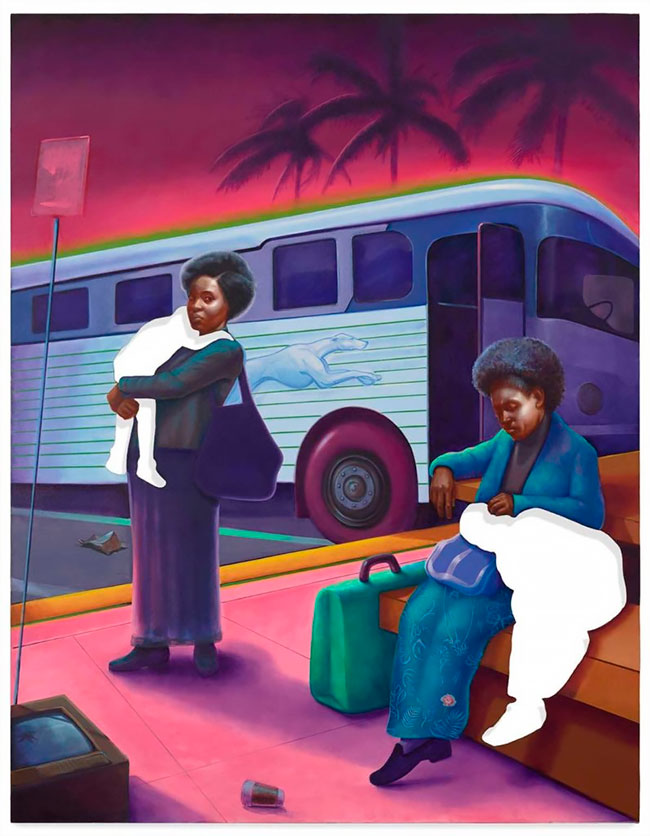 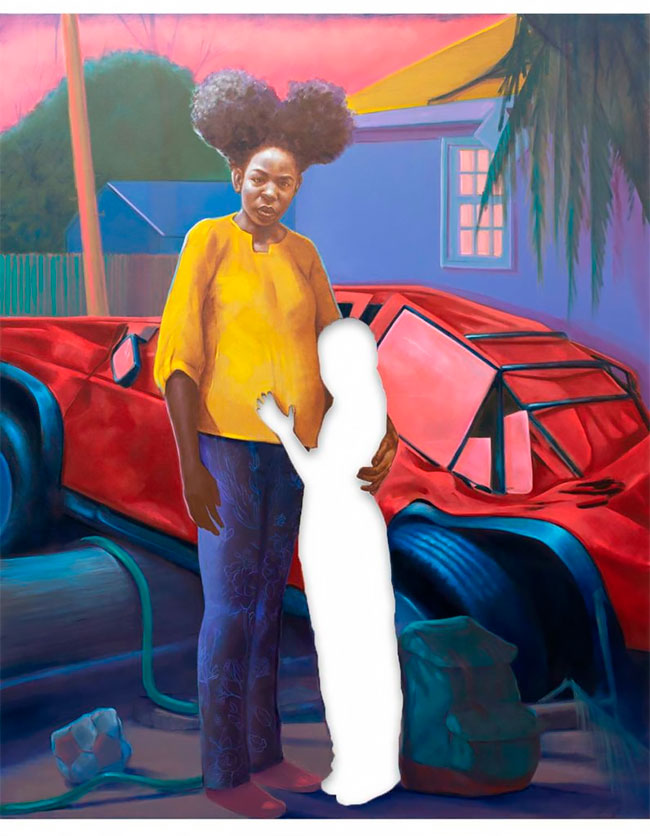 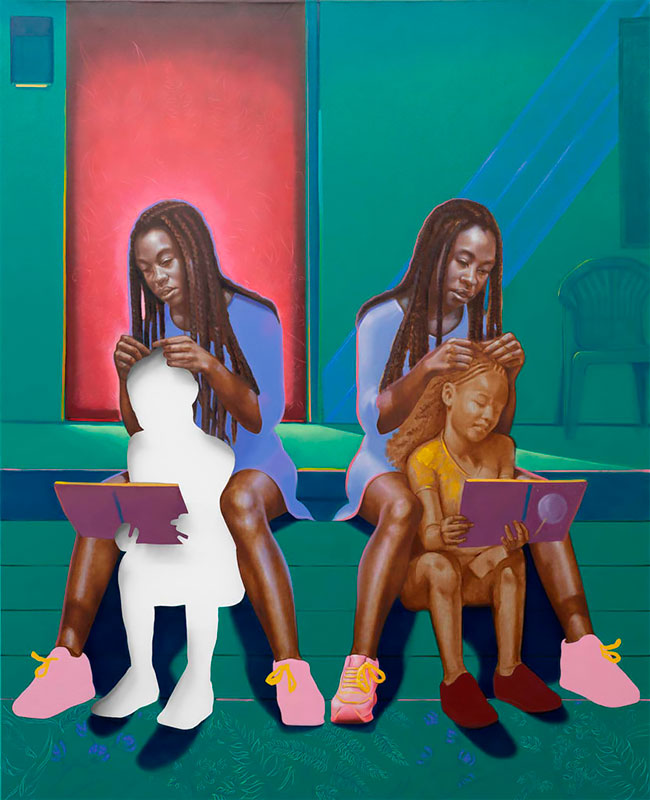 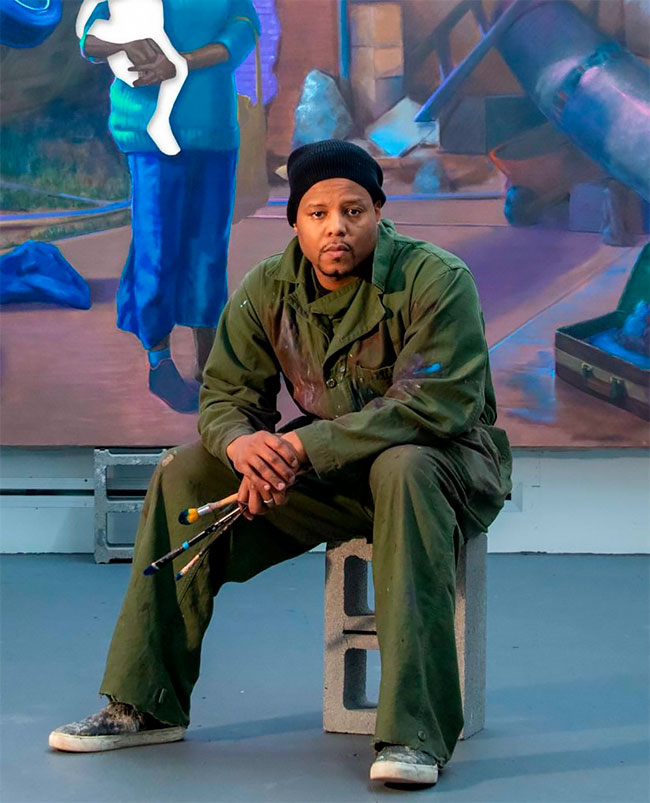 Portraits and Dreams: Snapshots of Appalachian Children in Kentucky c. 1975
Adam Lister Pixalates Pop-Culture Characters And Iconic Art
An Indonesian Artist Unfolds People’s True Nature, And It’s So Frightening You May Lose Sleep
5 Easy Tips For Happy Life
Monumentalism of Hell: The Grim Posters by Wiesław Wałkuski
These Vintage Life Hacks Were Found Inside A Cigarette Pack From The 1900s
This Polish Artist Would Consume Peyote, Cocaine, and Other Intoxicants Before Creating Stunning Pastel Portraits
The Art of Japanese Portrait Photography by Kishin Shinoyama
Feather Paintings by Julie Thompson
This Designer Rebranded HHM From 'Better Call Saul'
Artist Calls Attention To Modern Day Problems With 50 Thought-Provoking Problems
See How The Shape Of The ‘Perfect’ Body Has Changed Over The Last 100 Years
Black Friday Shoppers are Suspiciously Similar to Zombie Hordes
Vintage Family Photos of BMW Automobiles and Their Owners
Medieval Visions of Hell, Satan, Demons And Cabbalistic Signs From A 1775 Compendium Of Horrors
Syphilis and Gonorrhea: Social Propaganda Posters
12 Reasons Why I Love Her
Designcollector Calendar 2010 - December
Hilarious Illustrations Show What Famous Characters Would Buy At The Supermarket
Artist Drew Wordless Comics To Illustrate How Quirky And Unexpected Love Can Be
Stunning Photos From The Hair Freezing Contest Of Takhini Hot Springs
Artist Creates A Christmas Miracle On Windows Of A Children’s Hospital
Prada Marfa: The IIlegal Roadside Ad
Love, Pop Art, and Robots: Amusing Illustrations by Kristian Hammerstad
black, history, portraits, provocative, white

The Order of the Heavens: Dark Fantasy by João Paulo Bragato
Turkish Artist Hossein Diba Creates These Creepy Realistic Recreations Of “The Simpsons” Characters That Will Give You Nightmares
RainCity Housing - Benchvertising
‘Ello John. Got A New Motor – Retro Porsche Posters
Rough Norwegian Street Art By Dolk Lundgren
This Collection Of Web Comics Really Explains What Its Like To Be A Gamer
Australian Firefighters Release Their Steaming Hot 2022 Calendar To Help US Charities
"Deploy": The Surreal Dreamscapes of Ahmed Muntasir
Finally, 2022 Texts From My Cat Calendar Is Here!
Illustrators Pay Heartwarming Tributes To The Late Carrie Fisher
2007 ‒ 2022 by Design You Trust. Proudly hosted by WebHostingBuzz.
Privacy Policy · Terms of Service · Content Removal Policy ❤️ 🇺🇦