A Few Interesting Photos From The Past 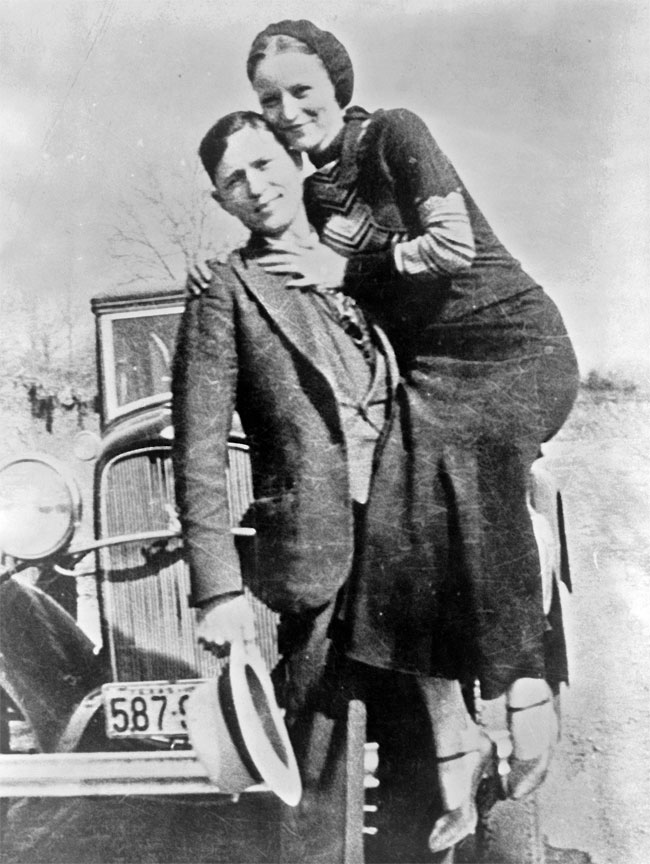 Bonnie Parker and Clyde Barrow, somewhere in Arkansas, USA, circa 1933 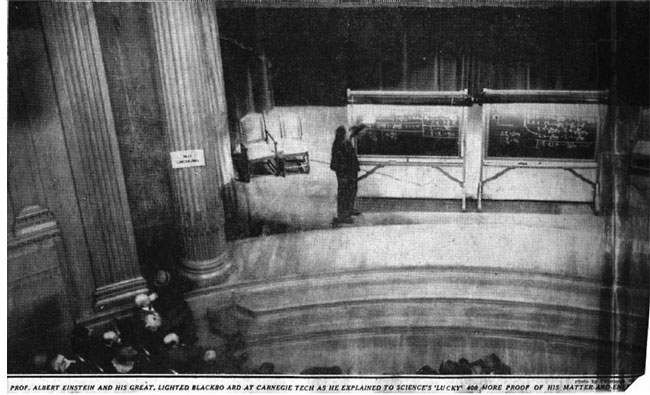 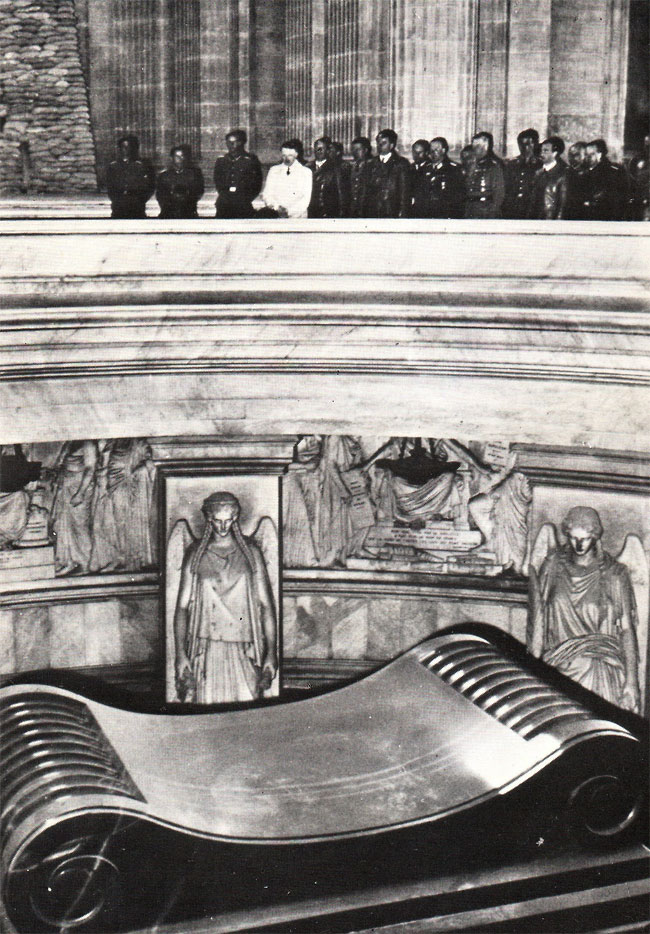 Interestingly, Hitler had been planning a mausoleum for himself that would incorporate a sarcophagus similar to Napoleon’s placed in a large Pantheon-like structure with an oculus placed directly over the coffin, so that it would be exposed to the elements – thus “directly linked to the universe.”

According to legend, Napoleon’s tomb is laid out in such a way that to see the monument you are either on the lower level, looking up in awe at the emperor’s enormous sarcophagus, or “bending down” over the upper lever – bowing to Napoleon himself. The design of Ulysses S. Grant’s tomb was based off Napoleons’s as well. 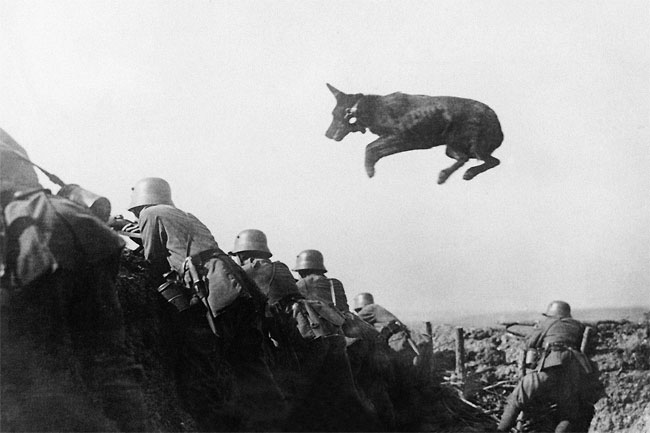 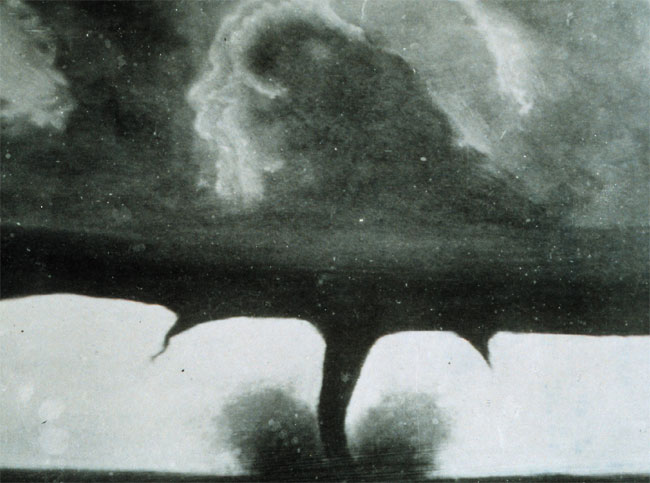 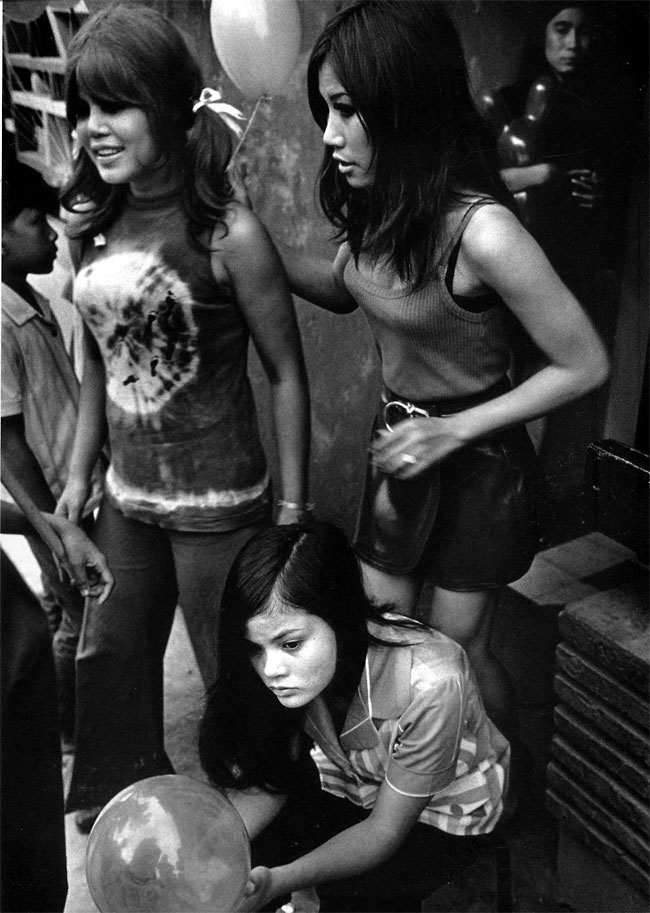 Prostitutes in Can Tho, Vietnam, 1970 by Philip Jones Griffith 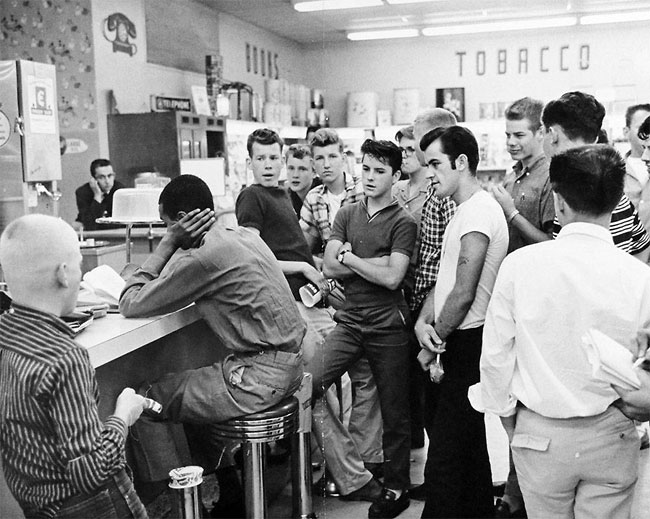 Harassment during a civil rights sit-in at the Cherrydale Drug Fair in Arlington, VA June 10, 1960 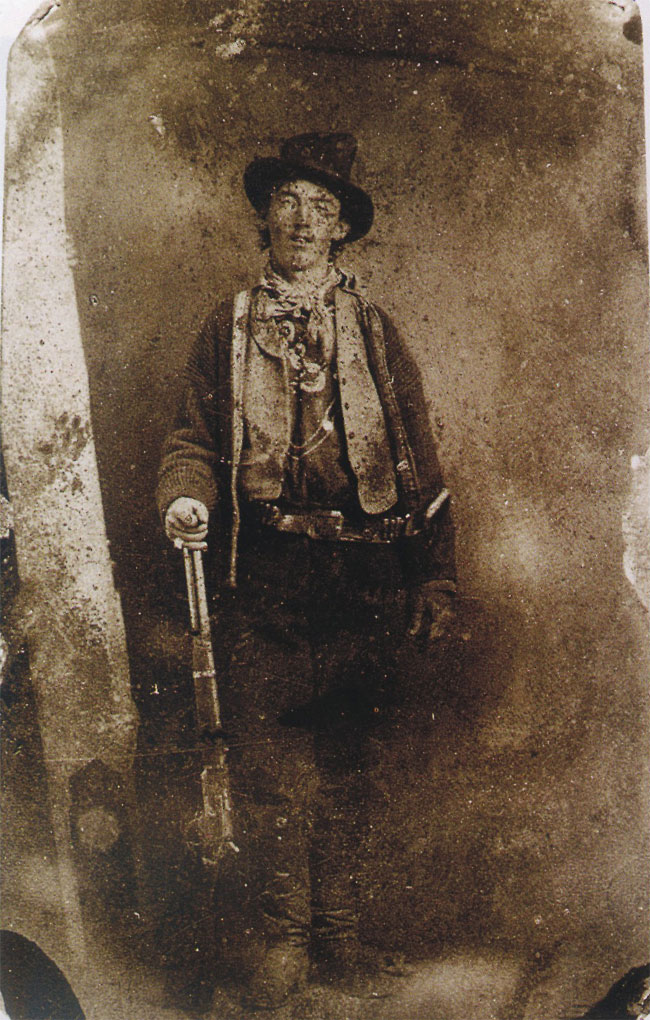 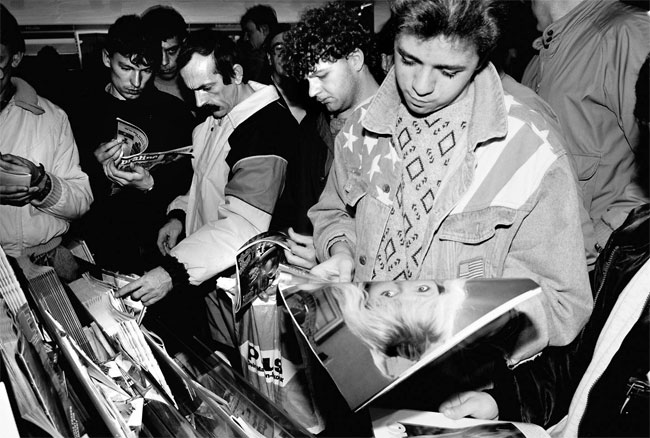 East Germans crossing into West Berlin check out western pornography, the day after the fall of the Berlin Wall, November 10, 1989 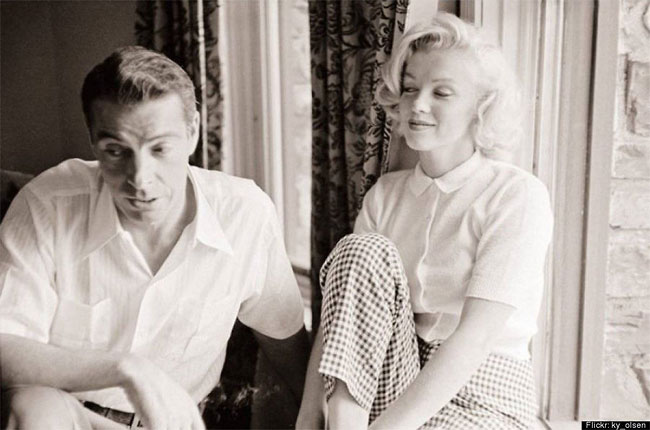 Marilyn Monroe and Joe Dimaggio at the Fairmont Banff Hotel in Banff, Canada, five months before their wedding. August 19, 1953 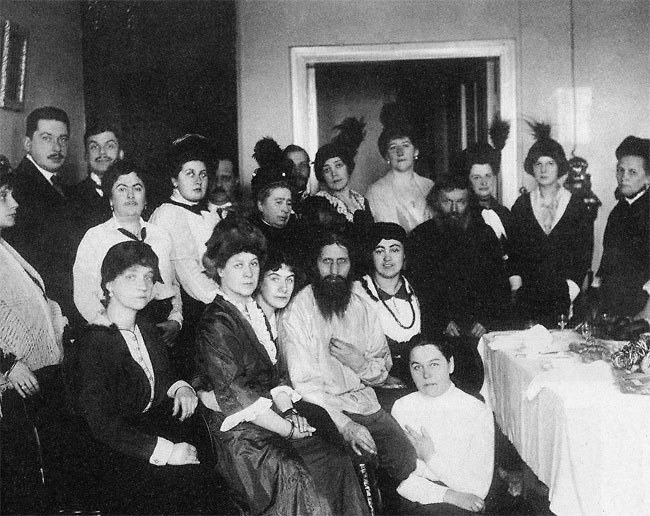 Who was Rasputin and what was his influence?

Rasputin was a religious mystic and faith healer. The heir to the Russian thrown had hemophilia, which at the time was poorly understood and potentially very dangerous. Rasputin was able to stop his bleeding, either by using hypnosis or giving him aspirin. This gave him access to the royal family and influence with the Russian Empress.

During WWI Rasputin prophesied that Russian forces would not be victorious until the Emperor personally led them. This did not go well. Rasputin was later assassinated for unclear reason. He famously took a long time to die and survived through several methods of murder. 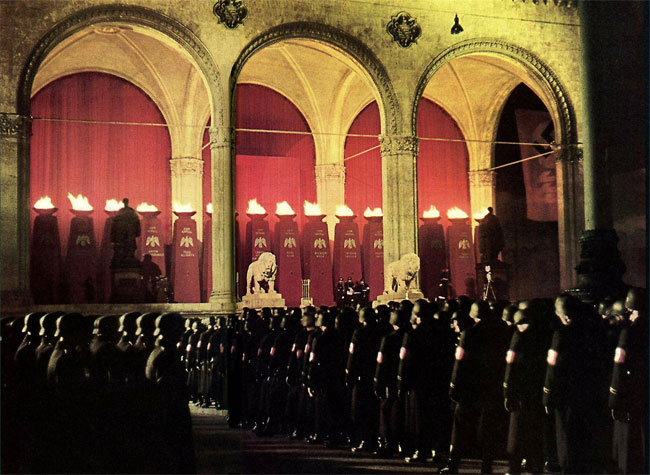 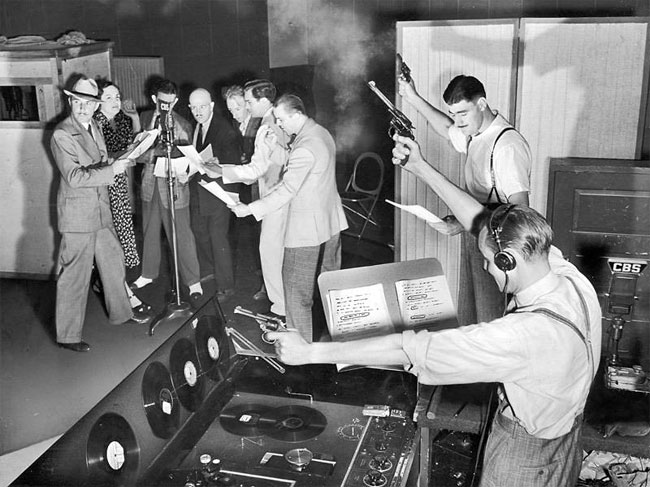 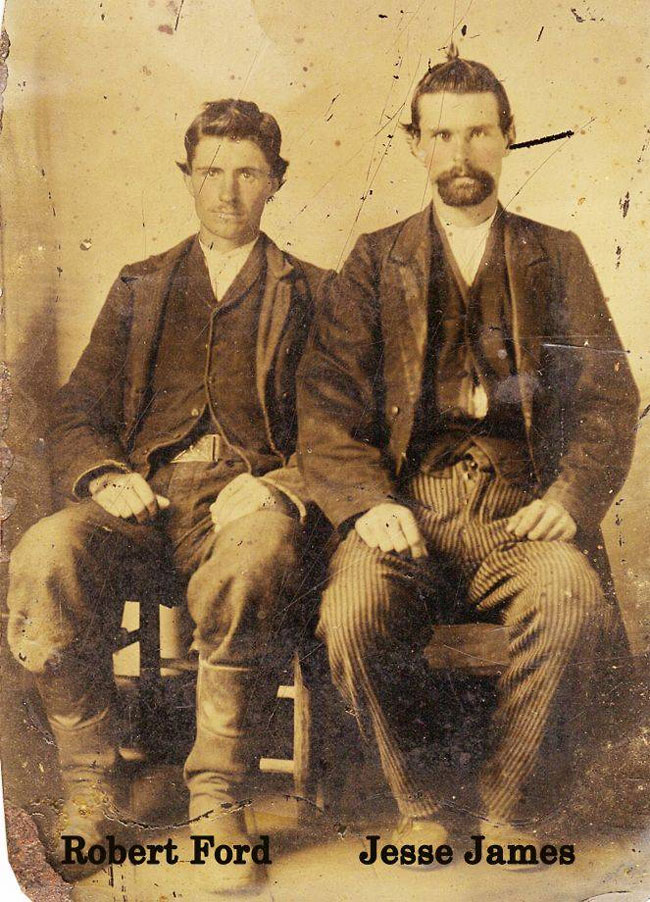 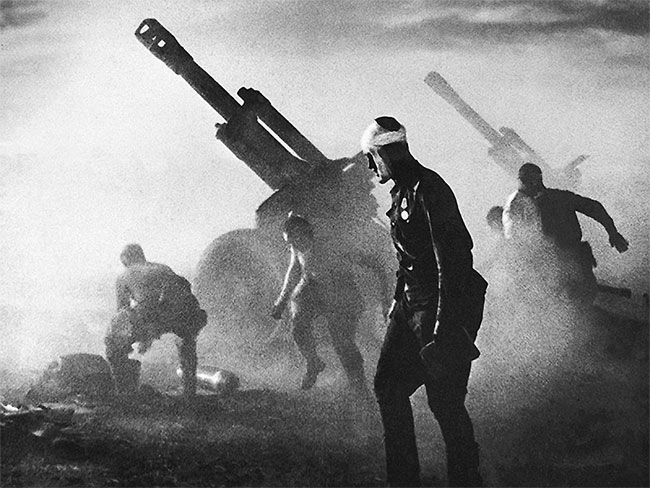 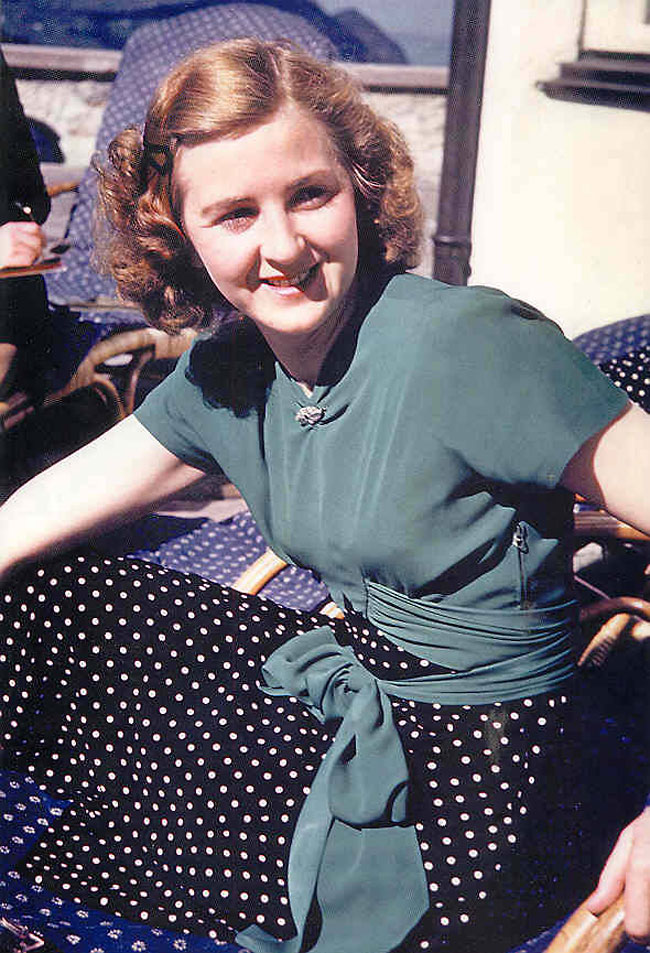 Eva Braun at the Berghof, undated 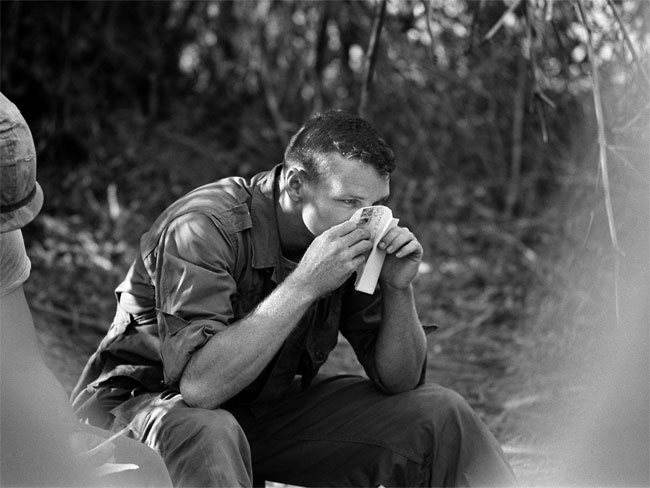 PFC Richie sniffs at the delicate perfume of his girlfriend in Jay, Oklahoma, as he opens her letter in Vietnam, April 12, 1966 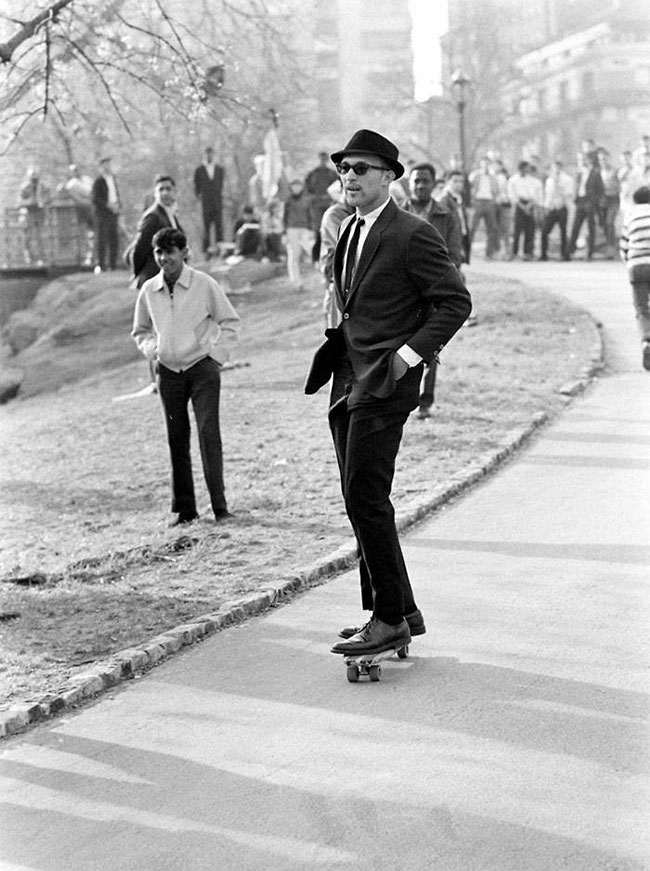 A Man In A Suit And Sunglasses Rides A Skateboard Down A Hill Path In Central Park, New York (1965) 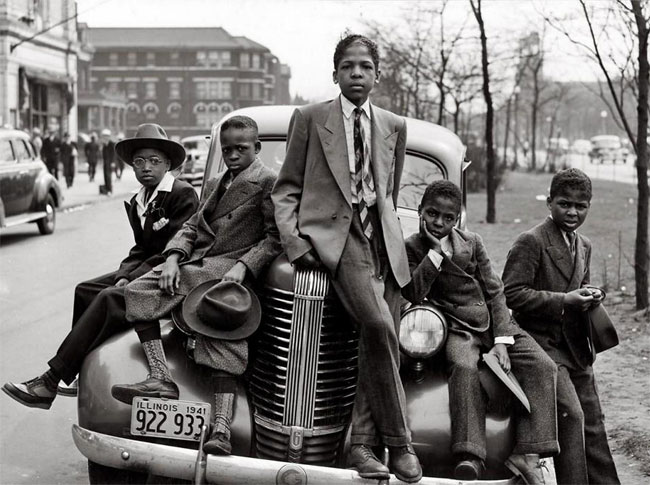 Sunday Morning On The South Side Of Chicago (1941) 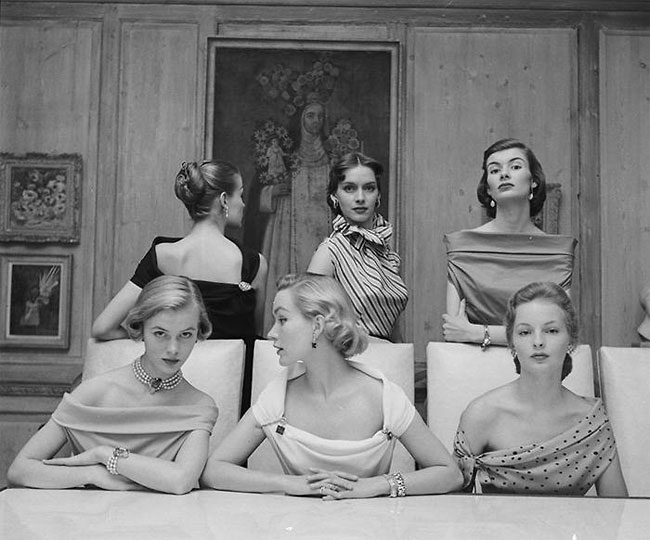 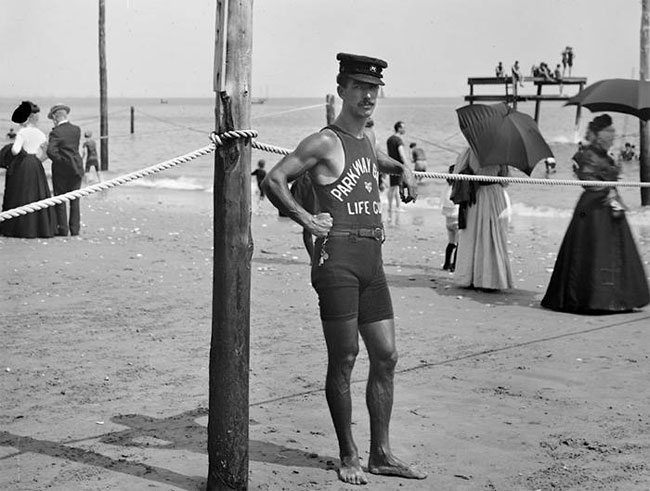 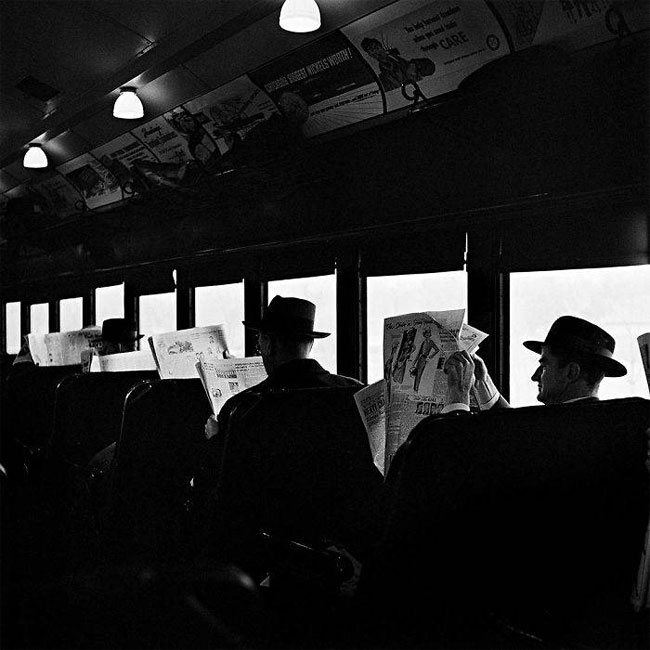 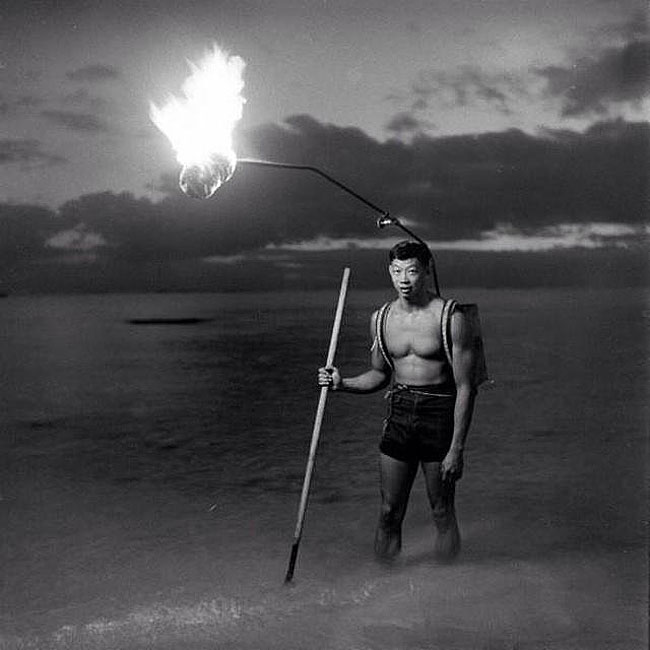 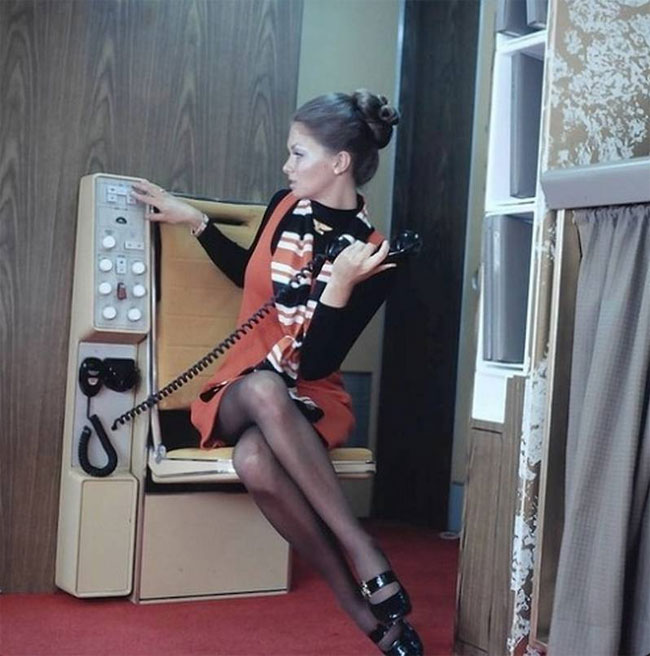 Stewardess for United Airlines in 1970. 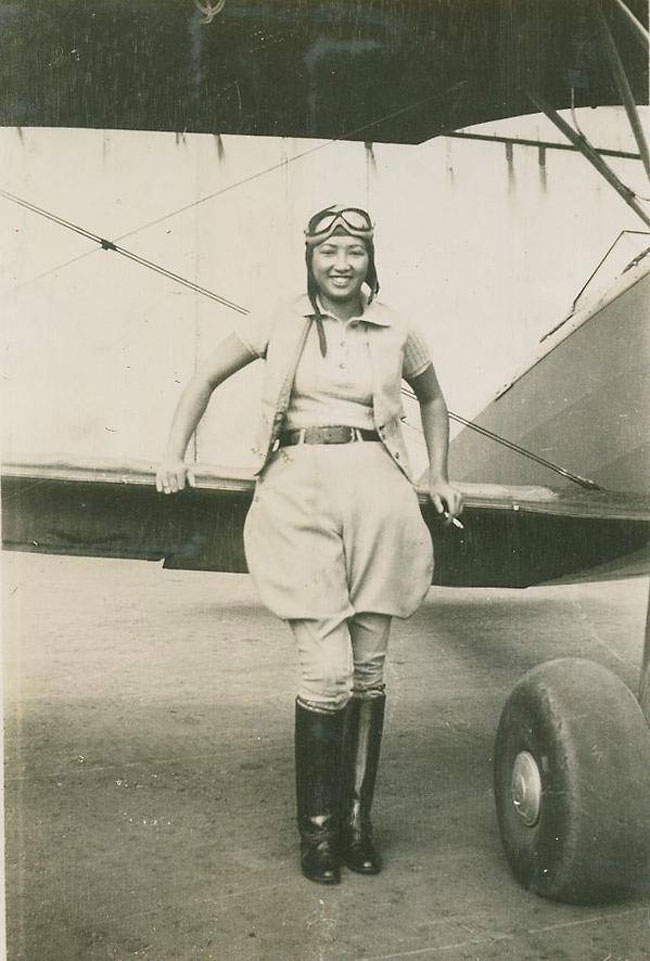 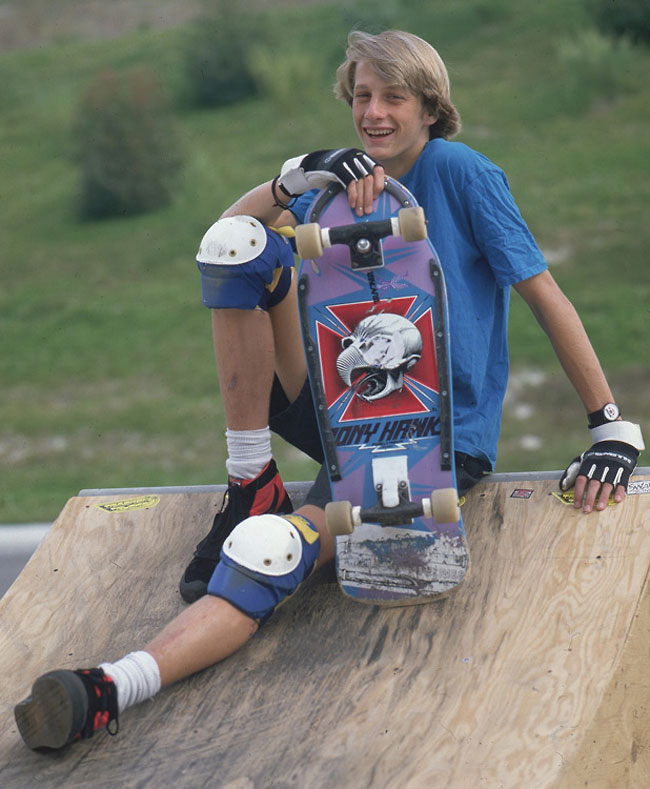 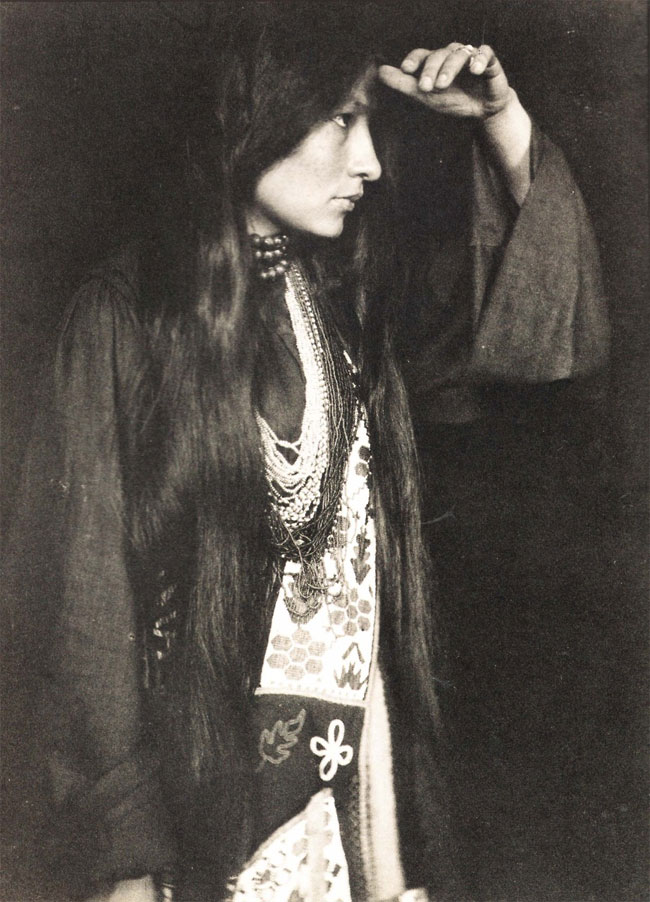 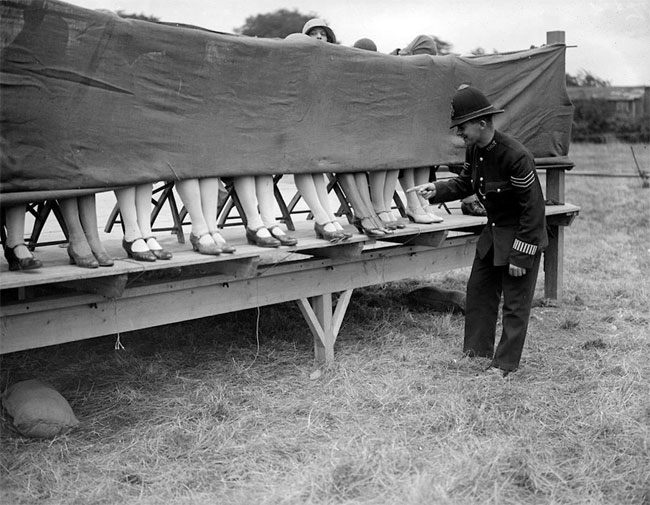 A policeman judges an ankle competition in England (1930). 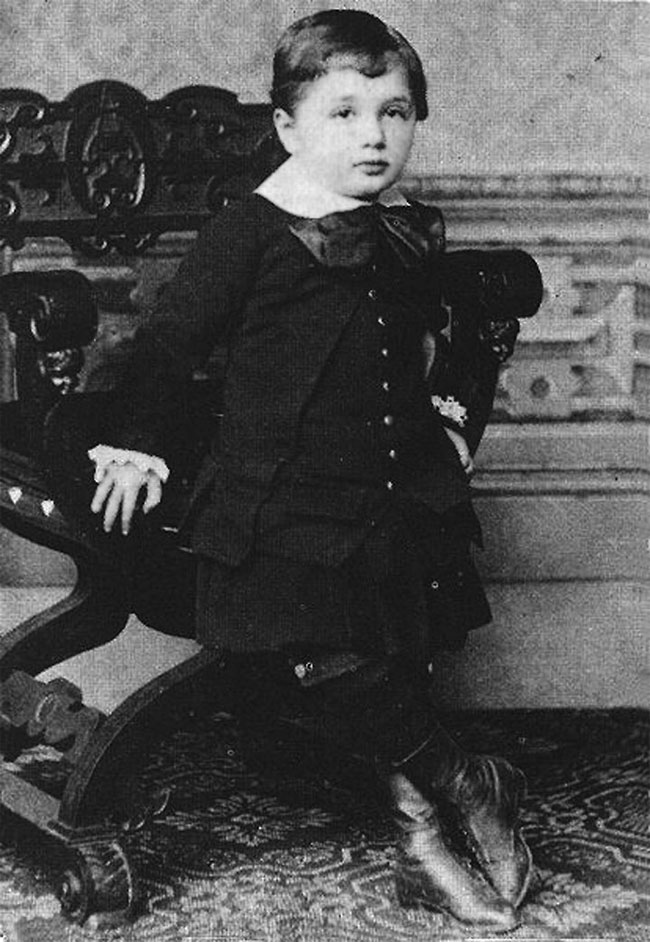 Impressive Portraits of Grace Jones in the 1970s and 1980s
"Further West": Creative Photography By Mako Miyamoto
Some Entries For 2016 National Geographic Travel Photographer Of The Year Contest
Sony World Photography Awards 2017 Shortlist
This Photographer Shows Haunting Beauty Of Ballet Through Ballerina’s Eyes
Above It All: The Aerial Tour Of California With Photographer Woody Woodworth
Black And White Portrait Photos Of Celebrities Taken By Norman Seeff In The 1970s And 1980s
These Twisted Vintage Portraits Were Made Before Photoshop
Black And White Photos Of A Young And Gorgeous Sharon Stone
The Winners of The 2020 Bird Photographer of The Year Have Been Announced
Girl Photographed Every Day Of Her Life Turns 18 Tomorrow
Photographer Explores the Beautiful Diversity of Redheads
Photographer Finds Something Incredible After Flipping His Photo
An Epic Poem, Assembled From Fragments Of Everyday Life In Soviet Lithuania Through The Lens Of Photograher Antanas Sutkus
Photo of the Day: Gone with the Wind
Photographer Paints Portraits Of Inuit People Into Polar Night Landscapes
Atkins Ciwem Environmental Photographer Of The Year 2016 Winners
Last Pictures Of Sharon Tate Taken By Terry O'Neill In London, 1969
Simple & Difficult Russia: Photo Collection Of Anna Skladmann
2014 Olympic Host City Sochi is a Strange Place
Funny Underwater Pictures Capture Dogs Diving Head First Into Swimming Pool
Salt Ponds of San Francisco Bay
Sexy Pictures Of ABBA’s Agnetha Faltskog Posed For Sweden’s Poster Magazine In 1976
Wildlife And Stars In Stunning Photographs By Mark Andrew Thomas
interesting, photos

Tyler Rix by Buki Koshoni
Sign Of The Times: Protest Signs That Sum Up The Sixties
Photographer Captures All the Goofiness and Joy of Dogs Lying Upside Down
"Kola": French Photographer Céline Clanet Explores The Cold Beauty Of Russian Lapland
Cool Pics That Show Gentlemen's Beard Styles In The 19th Century
Photo Series Reveals How Our Facial Expressions Change When We Get Undressed
Up All Night By Mariya Novakova: Nighttime Is Beautiful In A Series Of Moody City Snapshot
A Real-Life Mermaid Who Swims With Sharks Using Her Fish Tail And Holds Breath For 2 Minutes
Scandinavian Airlines Pulled Out Vintage Images Of Old Menu Cards And In-Flight Meals
Photographer Documents Stay-At-Home Dads And Their Kids In Sweden
Source of inspiration since 2007. Proudly hosted by WebHostingBuzz.
Privacy Policy · Terms of Service · Content Removal Policy 🇺🇦 ❤️