It’s generally accepted that small children have their clothes chosen for them every day by their parents. But what if we occassionally turn this rule on its head? One mother decided to carry out just such an experiment, and the results turned out to be quite amusing.

Despite looking after her two small and very playful sons, Summer always manages to look beautiful and stylish. 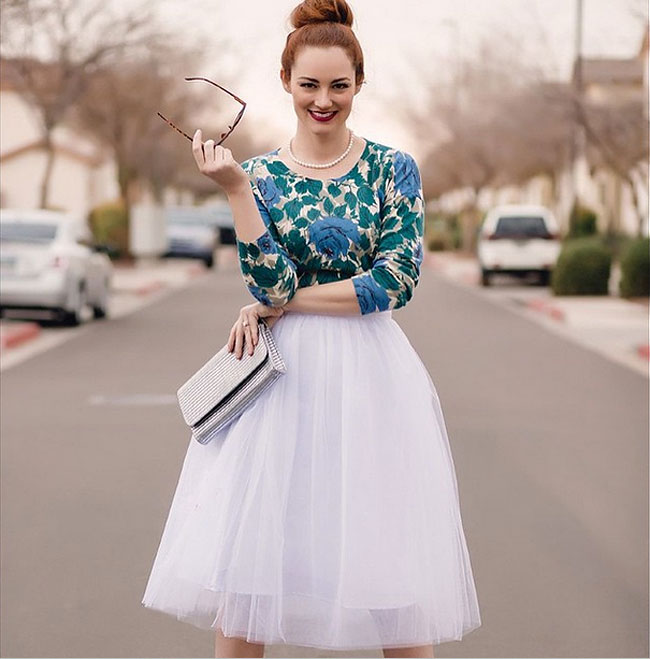 Once, Summer had the idea that it would be fun to let one of her kids, three-year-old Rockwell, choose what she wore. For a week, Rockwell became his mother’s personal stylist. 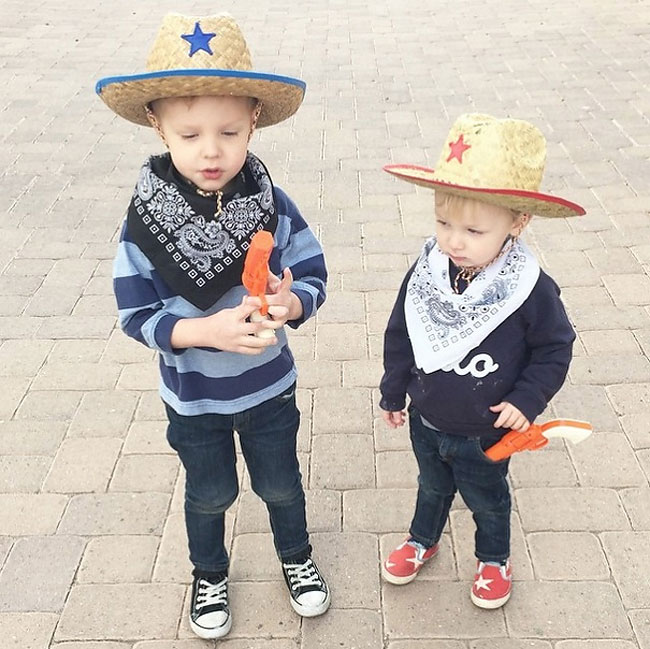 The young boy took the task assigned to him very seriously, carefully choosing eacha one of his mother’s outfits. Here are some of of them. 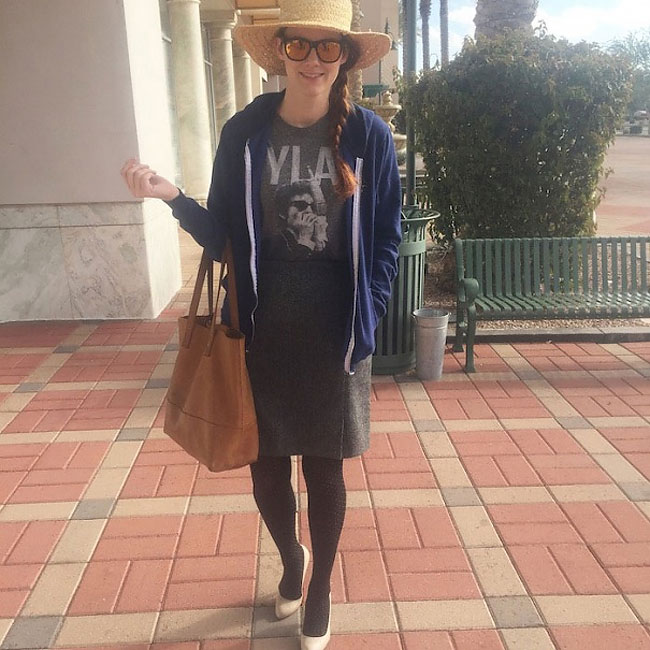 ’Rockwell selected a grey skirt, a Bob Dylan t-shirt and black tights. “This is a great choice, Rock,“ I told him. ”I think I’ll wear it again in future.“ But then he looked at my feet and offered me some shoes. “Are you sure want to take this pair of shoes?” I asked. ”Yes“, he said without thinking — ”and a blue hoody.“’

Summer greatly enjoyed watching how her son picked her clothes. ’He grabbed the first thing he saw, but then thought very carefully about what would go well with it.

For instance, he said that “if you wear a dress with flowers, then your socks should also have flowers on them.” I loved watching how his mind worked.’ 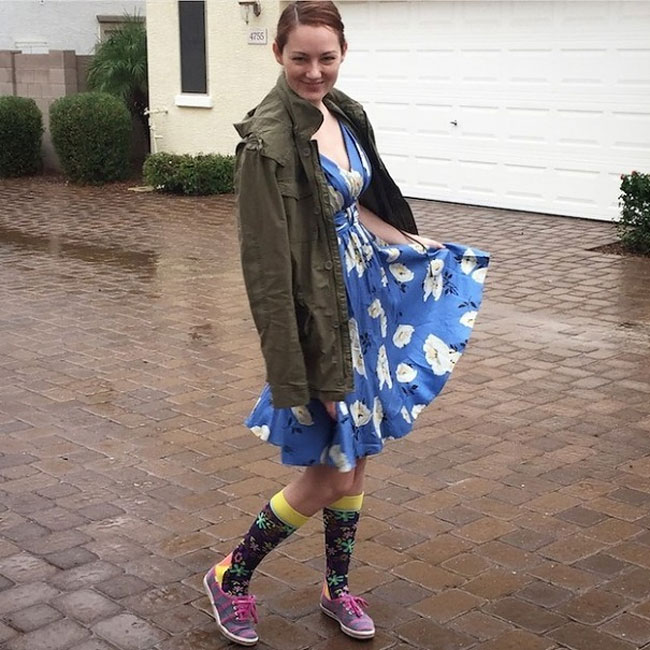 ’I was a little hesitant about going out the house in these clothes. But imagine my surprise when I noticed that people were looking at me with curiosity rather than amusement. At the bus stop a woman even came up to me and said that she really liked my socks!’ 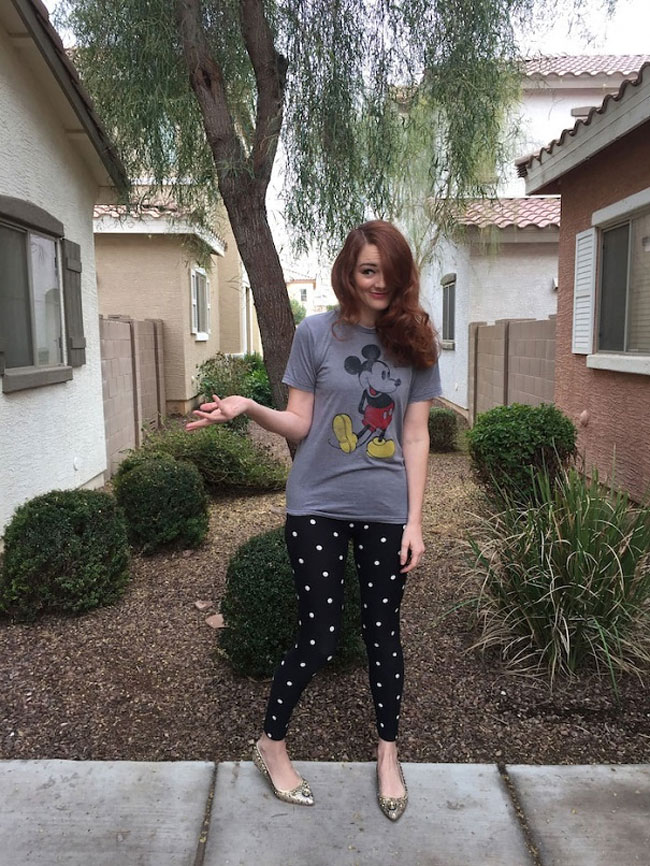 ’This was my favourite day of the week. This outfit was like a tribute to Mickey Mouse!’ writes Summer. 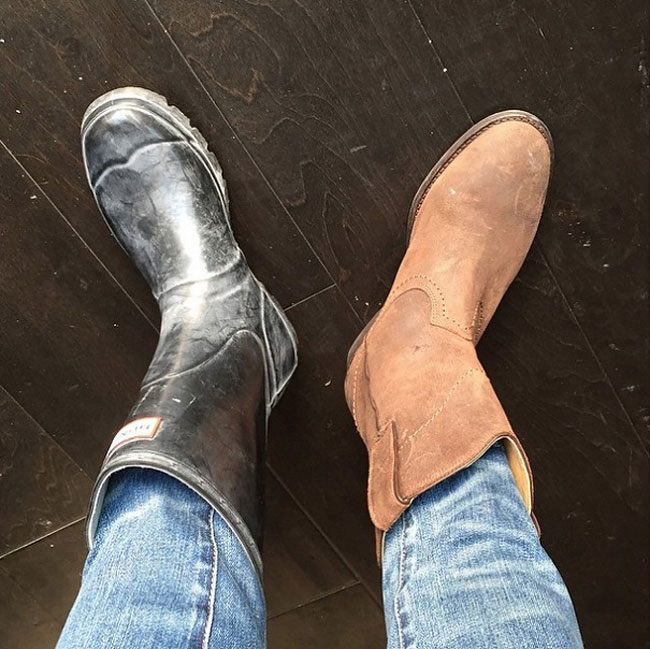 You don’t have to wear identical shoes every day! 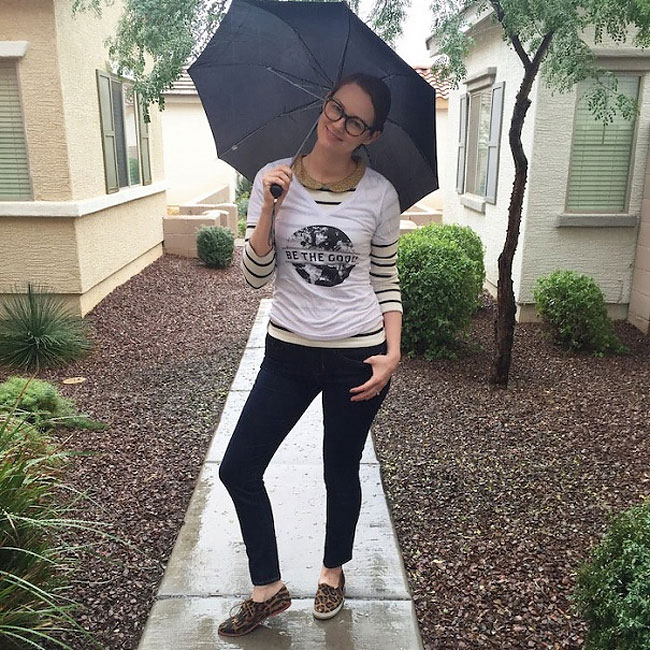 ’This one was difficult. Rock decided to dress me in three different tops. “Maybe we should think about trousers now?“ I asked, trying to stop prevent his plan from going ahead.’ 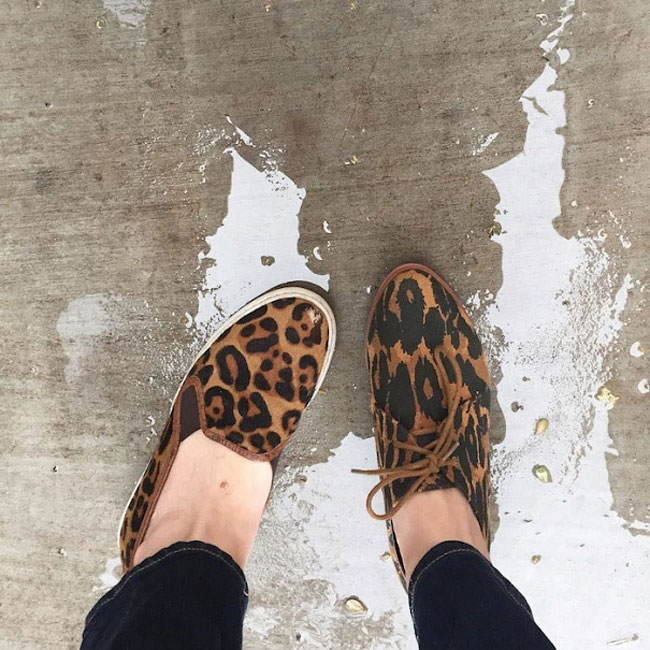 ’But then he went and fetched these two random shoes. To be honest, I’m not quite sure he realised that their from different pairs…’

It might sound strange, but Summer came to the conclusion that many of the outfits which her son chose for her were completely fine for everyday wear, save for a few small modifications. She adds that every one of them made her smile the moment she looked in the mirror, or simply down at her feet.

Summer’s example has also prompted other mothers to let their children experiment with their appearance. 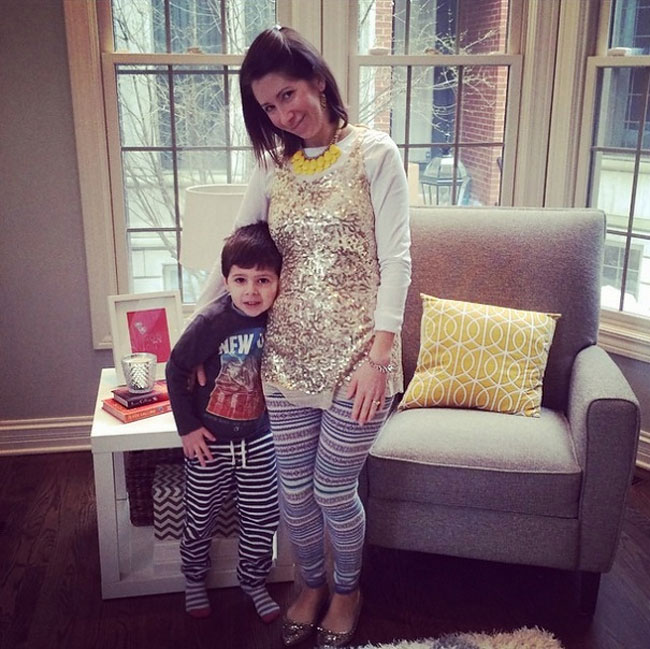 ’I feel so happy that I managed to encourage other moms to join in the fun. It’s great when you can bring a bit of laughter to someone else’s life’, says Summer. 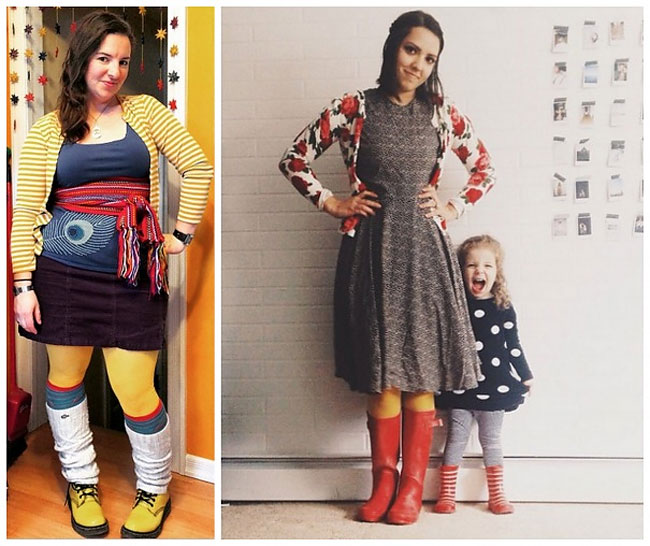 By the end of the week she understood most people actually really don’t care how you look.

’We put ourselves into little boxes when we think we need to dress a certain way because it’s ”acceptable”. But the limitations we impose on ourselves don’t come from anyone else, except us. I walked around in mismatched shoes for two days, and no one noticed until I pointed it out.’ 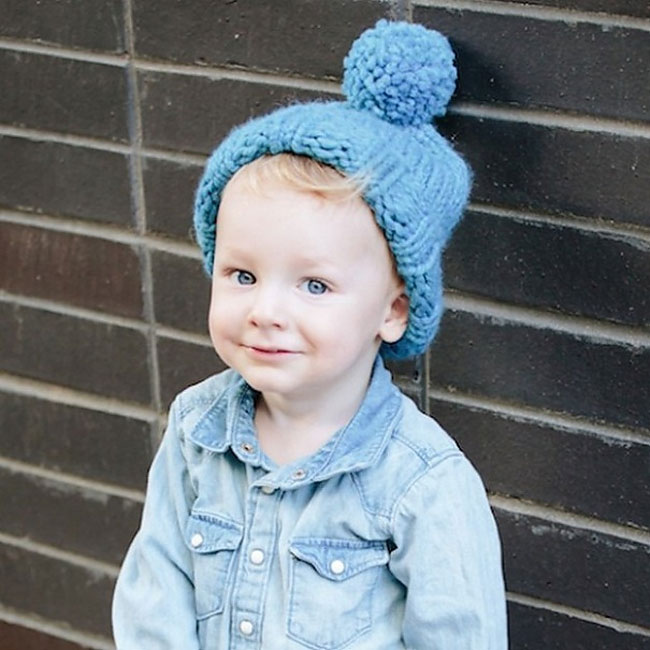 ’Sometimes you need to just let yourself behave like an idiot. It’s good for both you and your kids. Don’t take it so seriously; they’re just clothes!’ 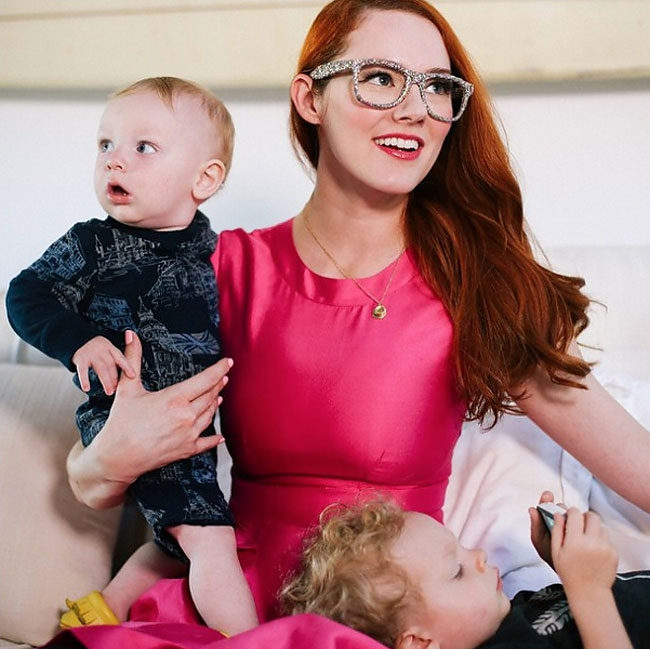 Italian Artist Illustrates the Sad Truth of Modern Life
African Gaze: Hollywood, Bollywood And Nollywood Movie Posters From Ghana
Shanghai Studio Creates Posters To Help Fight Against Coronavirus, Inspired By Vintage Chinese Public Health Notices
International Guidelines For Problem Solving
Artist Henry Hargreaves Decided To Show What Happens After The Water In A Popular Drinks Is Boiled Away
Artist Imagines What Donald Trump Would Do If He Was Born In Russia
Amazing Snapchat Art by Dasha Battelle
"Atlas Obscura": The Magnificent Illustration Work Of Artist Kevin Hong
An Instagram Artist Has Turned Real People Into Disney Icons
Amusing Skeleton Claw Cartoons
11 Tips For Housewives Trying To Be Sexy In The 1930s
A Street Artist Creates Tragic Portraits Across The Abandoned Urban Areas In France
Funny Comics Showing How Women Behave When Nobody’s Looking
'The Collectivity Project' by Olafur Eliasson
How to Cook DIY Sous-vide Steak
Amazing Make-Up Artist Creates Super-Cute Pictures On A Unique Canvas - Her Eyes
This Is What Disney Princesses Would Look Like If They Were Anime Characters
Husband Illustrated Every Single Day He Spent With His Beloved Wife In 365 Drawings
South Korean Artist Park Pyeongjun Creates Superb Fantasy And Sci-Fi Illustrations
China: The Land Where Fake Brands Reign Supreme
Social Distance: A Graphic Story For The Coronavirus Age By Mark Haddon
When Two Paintings Fall In Love: Man Proposes During 2D Photoshoot
This Artist Blends Digital Art With Real-Life Objects And Scenery, Creating Hyper-Realistic Images That Are Surreal At The Same Time
Iconic Images Painted With Coffee by Maria A. Aristidou
Hilarious Prank Gift Packages To Surprise Your Friends This Christmas
Cyberpunk 2077 Posters That Don't Offend Anyone
A Razor Brand is Trying to Dispel the ‘Sexy Beard’ Myth with Ads Showing Rodents Clinging to Men’s Faces
Artist Created These 10 Beautiful Paintings Of Studio Ghibli Characters In Nature
Finnish Woman Creates Controversial Self Portraits, Calls It Art
ECHOGRAPHY OF CHANGE - LADY GAGA and JULIE ANDREWS
choose, mother