Stories Hidden In Images: A Designer Has Created Book Covers Made Of Random Stock Photos

Alan Moore, the author of the comic V for Vendetta, noticed once that people tend to imagine their own lives as stories, and they browse them as in a movie – by rewinding to an appropriate moment.

The truth is that we are a narrative genre – we just love to listen and to tell stories. First, we listen to fairy tales read by parents and with time we start looking for new ones in books, comics and movies. We have an irresistible attraction to fictionalization – our minds create stories based on perceived images and thus, reveal our personalities and the power of imagination.

In PIXERS, we experience a boundless number of images and an equal amount of our clients’ stories every day. Sometimes, we get tired of such an overproduction and we try to exercise our imagination by assigning new unexpected meanings to the images that usually only flash in front of our eyes.

Below, you can see the effect of such an experiment: 10 book covers made of random stock photos by our graphic designer, and with fictional plots that I invented myself. Are these books new (imaginative) bestsellers? 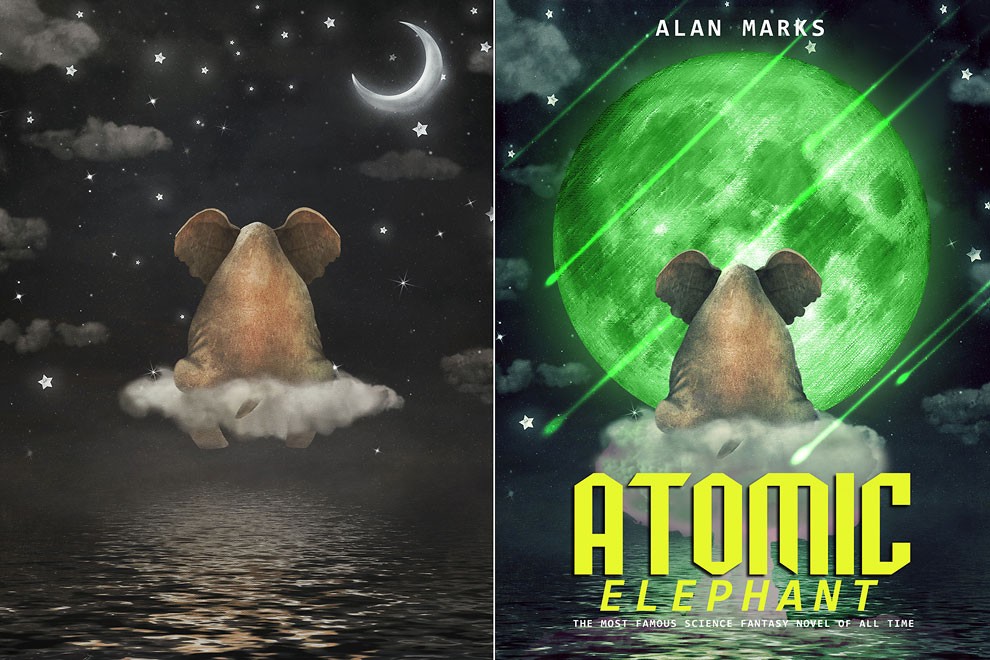 For me, this image is a depiction of loneliness. I’ve imagined an elephant that is the last elephant on the planet after a nuclear disaster. He travels on a cloud of radioactive dust and dreams of meeting a soul mate… The title of this book would be “Atomic Elephant”. 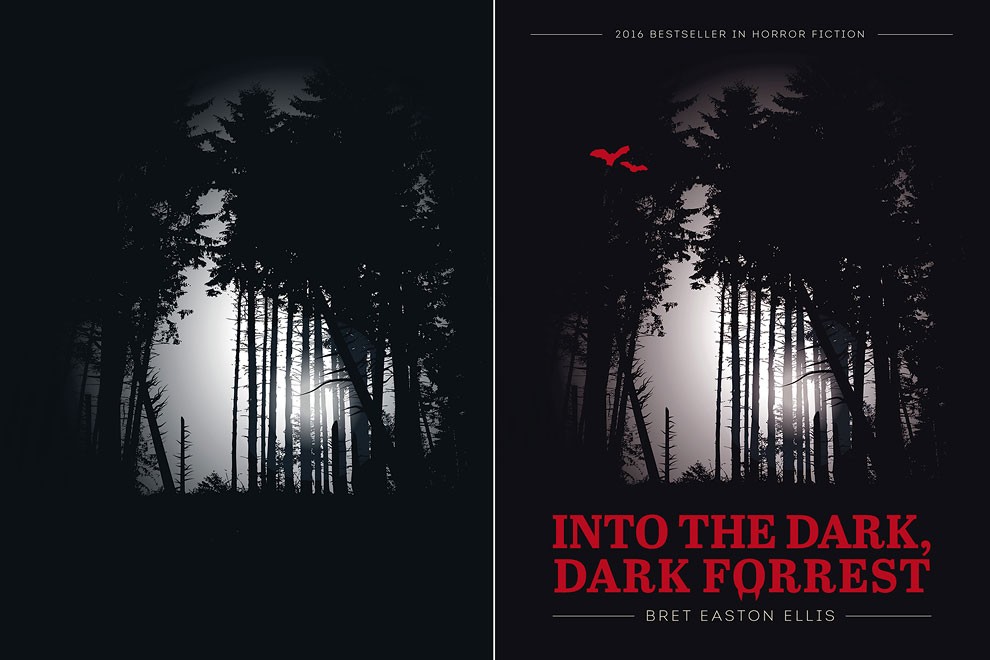 Such image would be perfect for a wall mural and it would create an impression of depth, but it has something gloomy in it, which evokes connotations with the Stephen King’s “Pet Sematary”. My story is called “In the Dark, Dark Forrest” and it begins as follows: a family moves to a new town that seems very picturesque in the light of day, but they soon discover that after dark, nobody goes out. When their daughter doesn’t return home one night, parents begin to search for her in a forest surrounding the town… 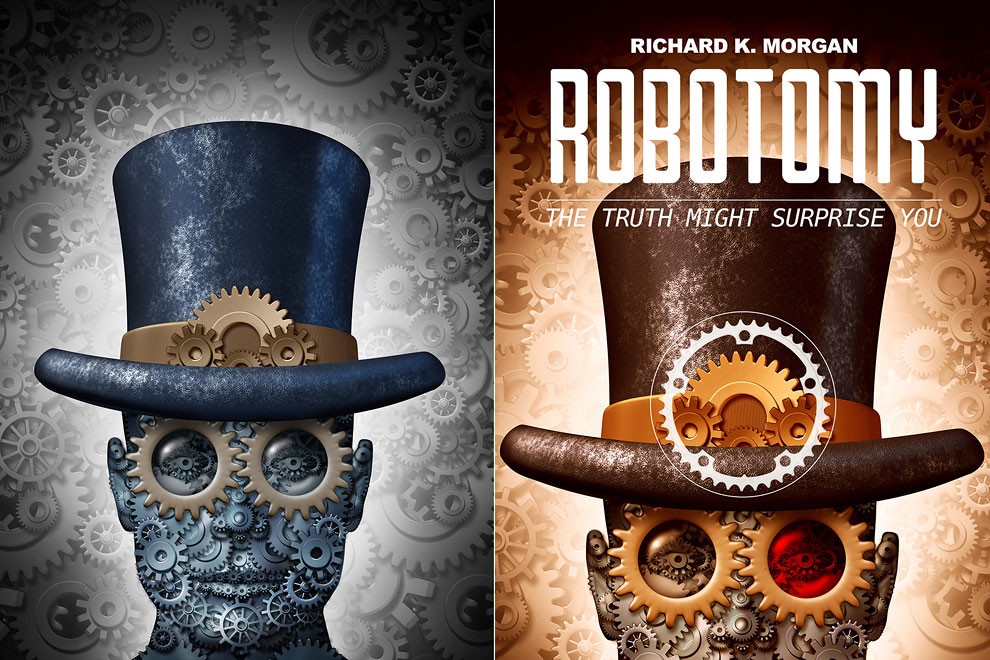 I’m a science-fiction fan, so looking at this picture I couldn’t resist a concept of a genre of intelligent machines, which fall prey to an illusion that they are human beings. The same idea may remind the series “Battlestar Galactica”, but I imagine this story in a more steampunk setting. My story would be titled “Robotomy”. 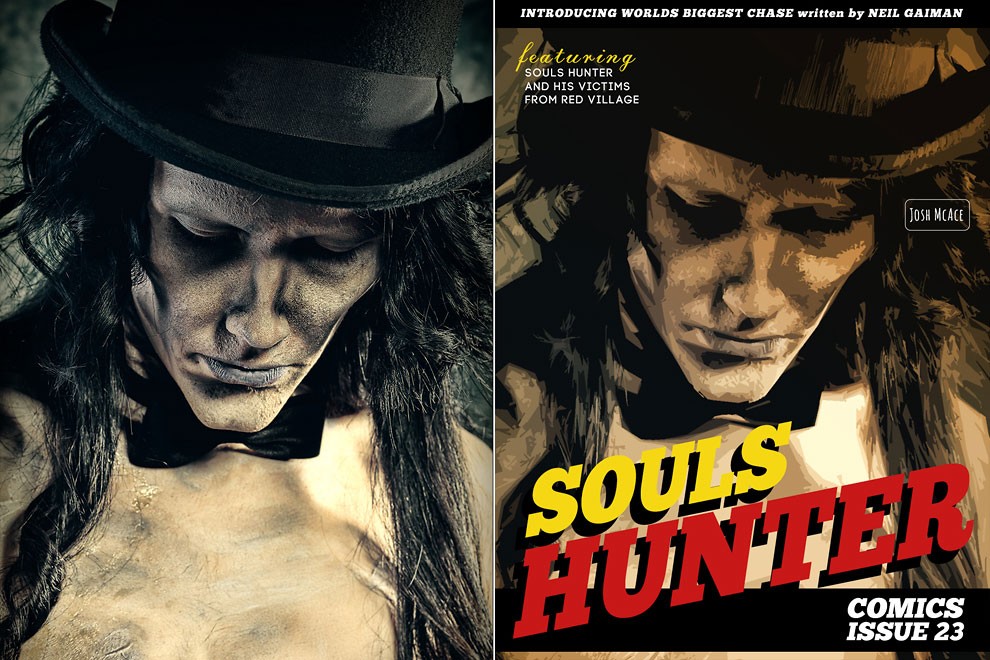 Zombie are very fancy nowadays, but they in most of the stories they are usually a mindless mass of hungry murderers. And what happens if we turn the tables and create a plot where zombies would be hunted by people? I imagine the “Soul Hunter” story as a deceitful comic: as a result of genetic mutation, some people come to life after death, and they’re neither bloodthirsty nor dangerous. It turns out that their DNA is very much appreciated by biotech companies, and they themselves become a highly sought after commodity; here comes the main character, who is a lonely zombie hunter straight from the movies about the Wild West. 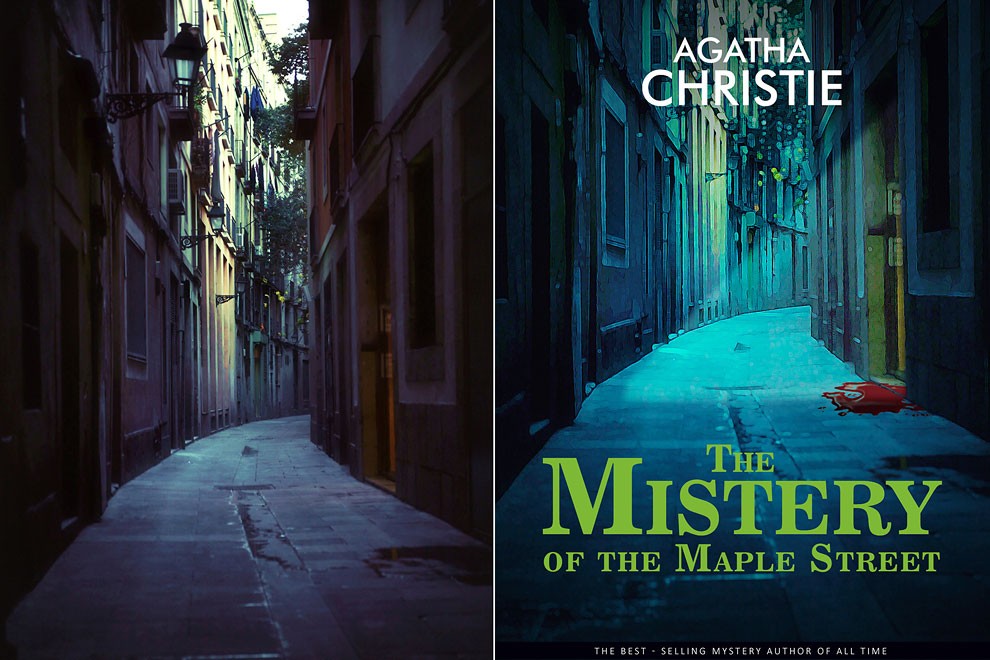 When I see such a calm (and dark) street I’m thinking of Agatha Christie’s classic criminals.I owe this idea to her. A terrible murder happens in a quiet neighbourhood – one night, a man is stabbed to death. Who had a reason to kill him: a neighbor in love with his wife or Mr Mayer who always had fights with the dead? Or maybe it was his wife who killed him? You would find the solution in “The Mystery of the Maple Street”. 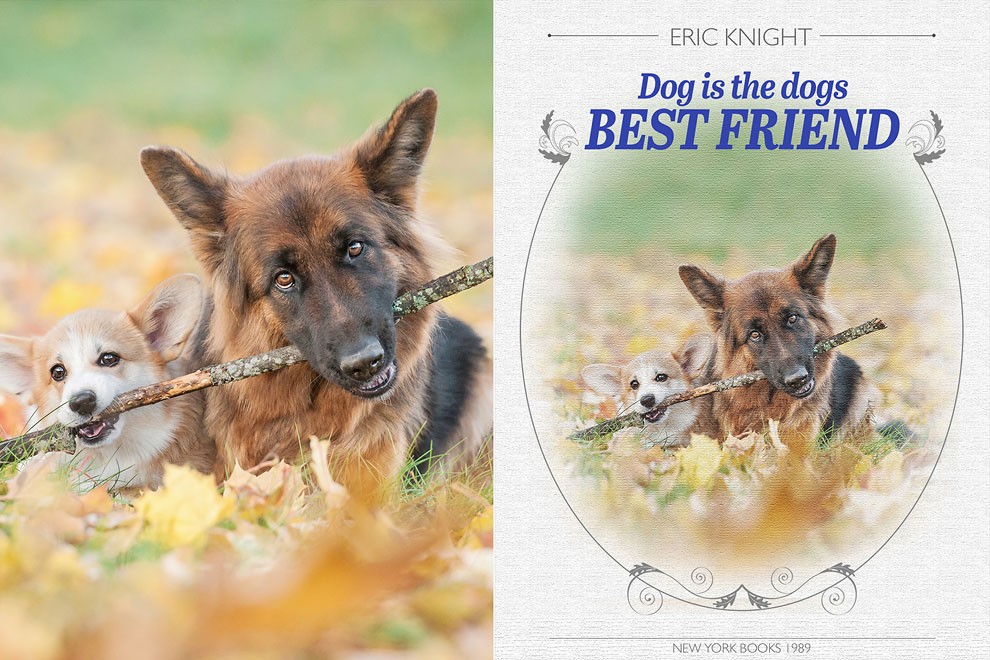 Stories about dogs are almost always moving. This is because tey love us unconditionally – but not only us. I see the story of two best friends: Poker and Critter meet on a walk, when they both run to catch the same branch. Since then, they are inseparable, until the day when the owners of Critter decide to move away.. Poker sets off for a friend – and this is the beginning of a remarkable journey of the two dogs, because “Dog is the Dog’s Best Friend”. 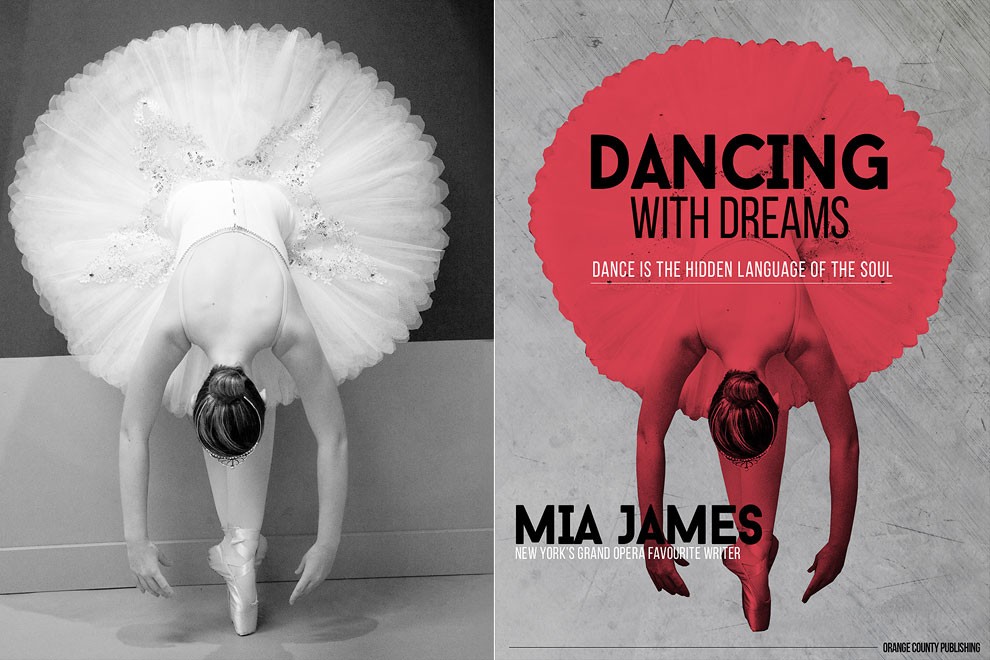 “Dancing with Dreams” – David Aronofsky in his “Black Swan” radically changed the way I look at the ballet. It has to be passionate, but it requires a murderous work and struggle against adversities. I imagine a young girl who finds out that she has cancer and decides to realize her dream of becoming a dancer before she dies. When her story appears in a newspaper, she becomes a local celebrity, which has its advantages, but also disadvantages… 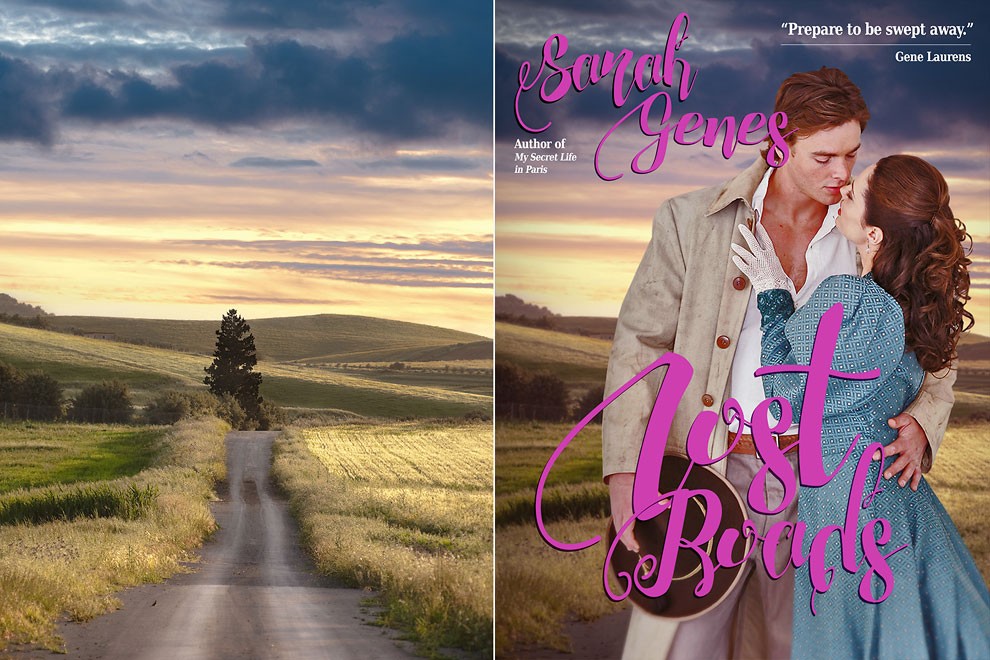 When I saw this photo, my imagination created a Harlequin story: a young woman comes back to her family home in a countryside after a divorce. She decides to set up an eco-friendly farm and begins to work on renovating the house with a high school friend… The title of this story is “Lost Roads” – as a metaphor of getting lost in order to find a new way of life. 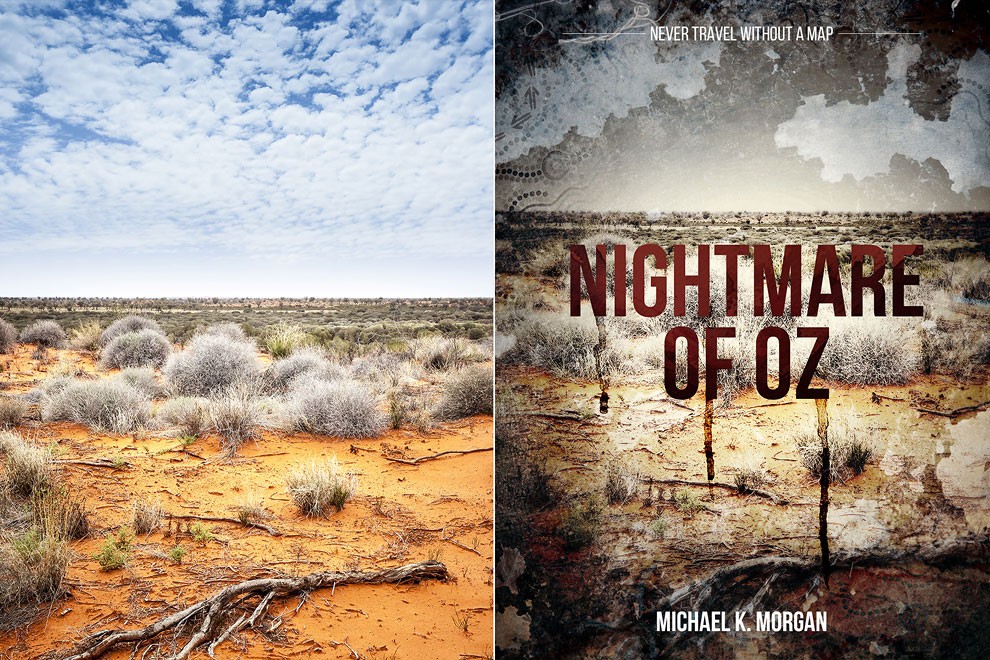 Australia is a beautiful country, but it may be also dangerous. What I mean are not only venomous spiders, snakes and octopuses – the great area of the country is simply deserted. Many tourists travel through the desert, without water and signposts – therefore, I made up a story titled “Nightmare of Oz”. Young people, after the graduation, embark on a trip of a lifetime to Australia. They travel by bus and admire the country, but at some point they get lost in a desert: they ran out of fuel and food, and then begins a brutal struggle for survival. 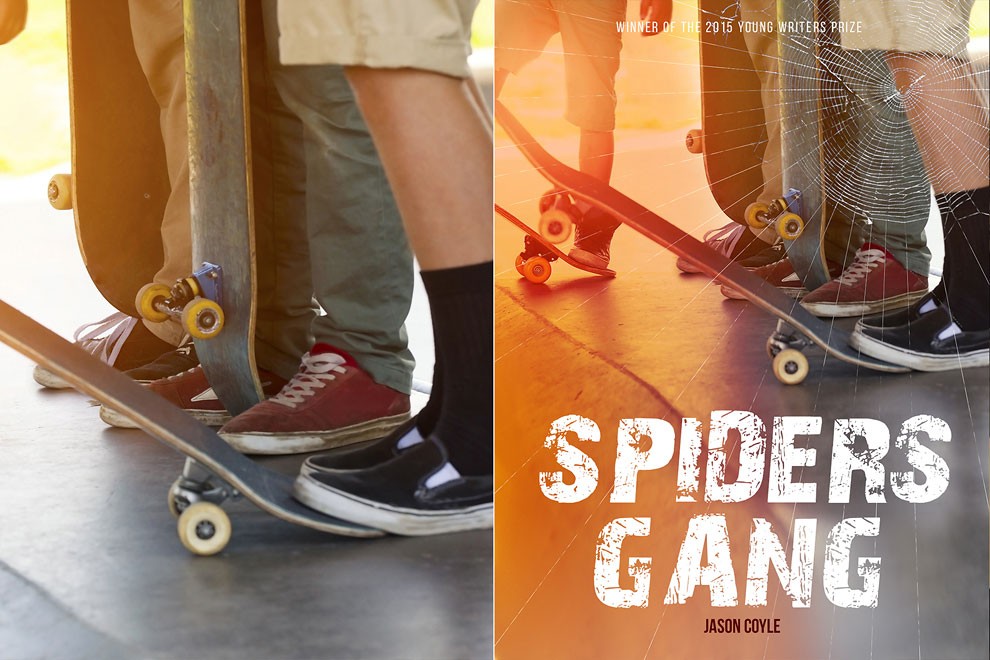 From my childhood I remember a lot of stories about children’s bands, hence the picture made me think of a story about clever kids. “Spiders Gang” is a story about a gang of boys living in a quiet neighborhood, who ride on skateboards and practice tricks in the vicinity of an old factory in their free time. One day, they observe a mysterious man, who hides a package inside the factory. It turns out that there are a lot of money inside. The kids share the money between each other, but, as you can imagine, the gangster returns to get his property and quickly guesses who is the thief….