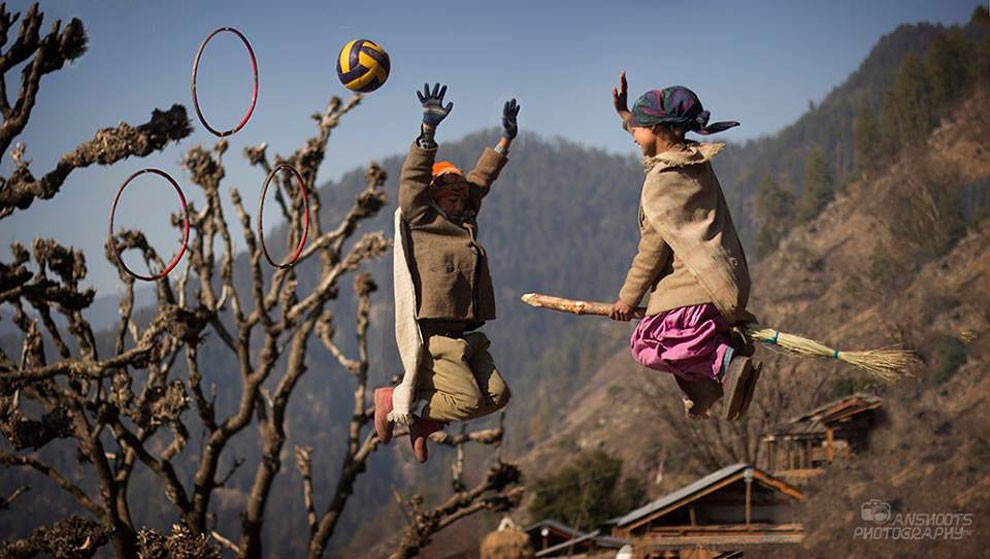 Anshu Agarwal is a freelance photographer and traveler currently working as a teacher in an isolated Himalayan village in Garhwal, Utterakhand. To help his students along with their English lessons, Anshu started showing Harry Potter films each Sunday. 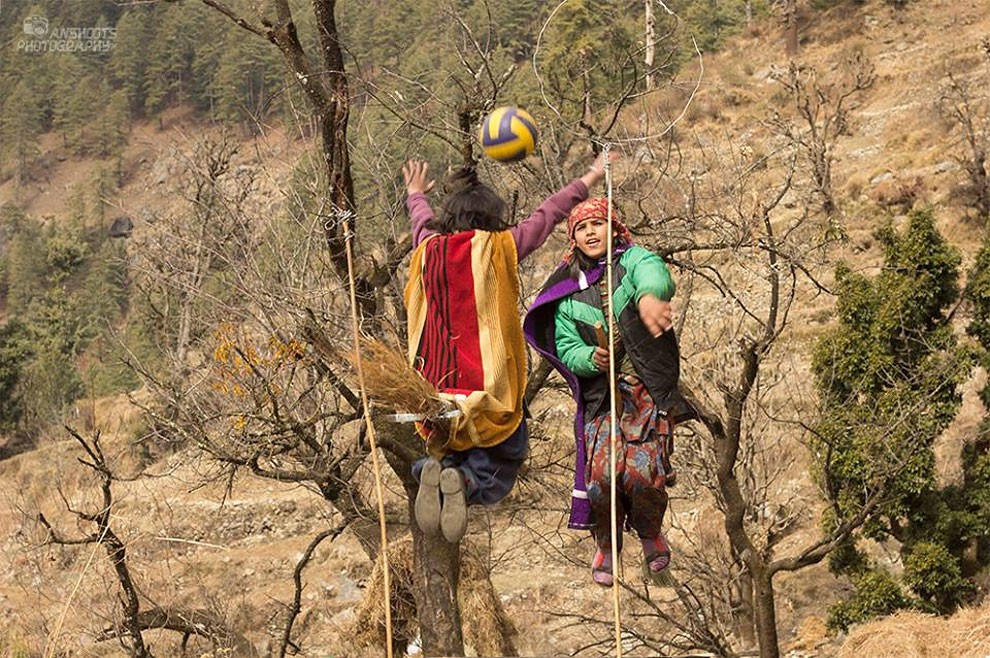 The students, as you’d expect, fell in love with the stories, and said they wanted to become witches and wizards. So Anshu decided to make it happen, with a large-scale recreation of a Quidditch match. 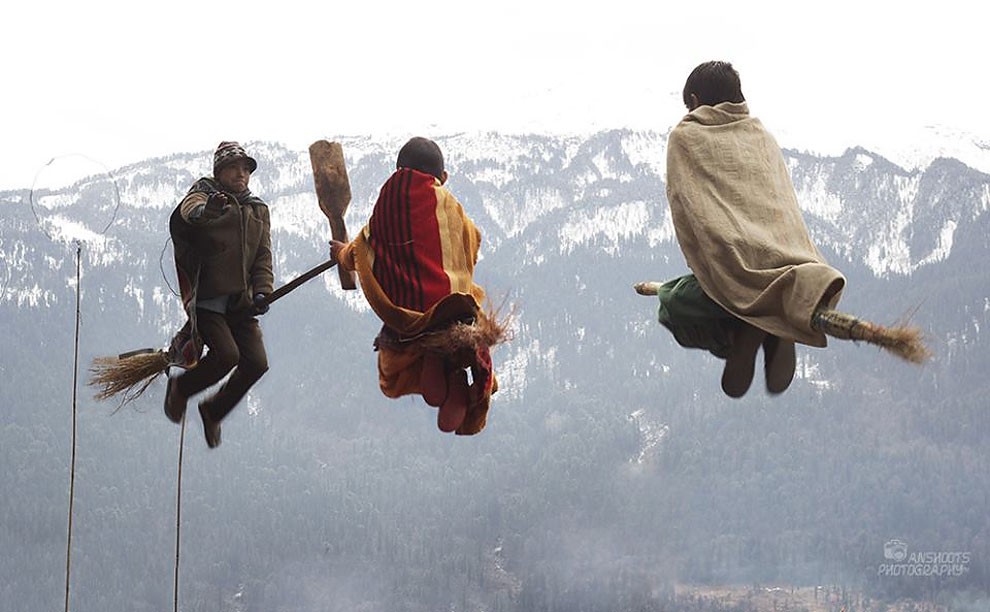 Anshu told metro.co.uk: “We constructed a nifty 1 foot high wooden bench, mimicked some broomsticks as shown in the movies and arranged for a volleyball. As many as 40 children of the village clustered around in different locations of the village for 4 consecutive Sundays as I captured them hopping on their broomsticks.” 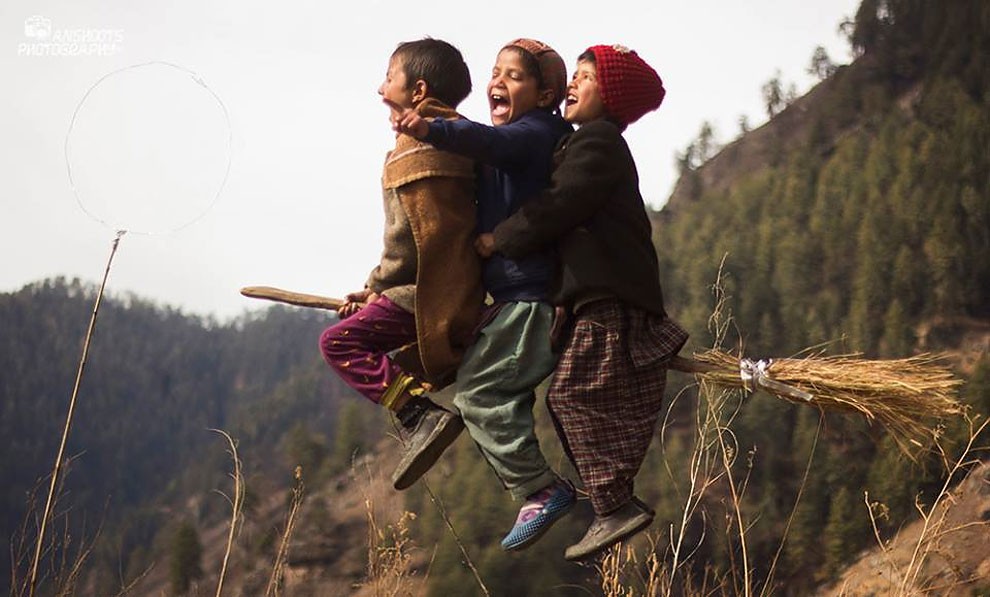 Anshu took the best photographs of the kids playing on their broomsticks, used some Photoshop wizardry, and voila. The students were flying around on broomsticks and chasing the golden snitch. 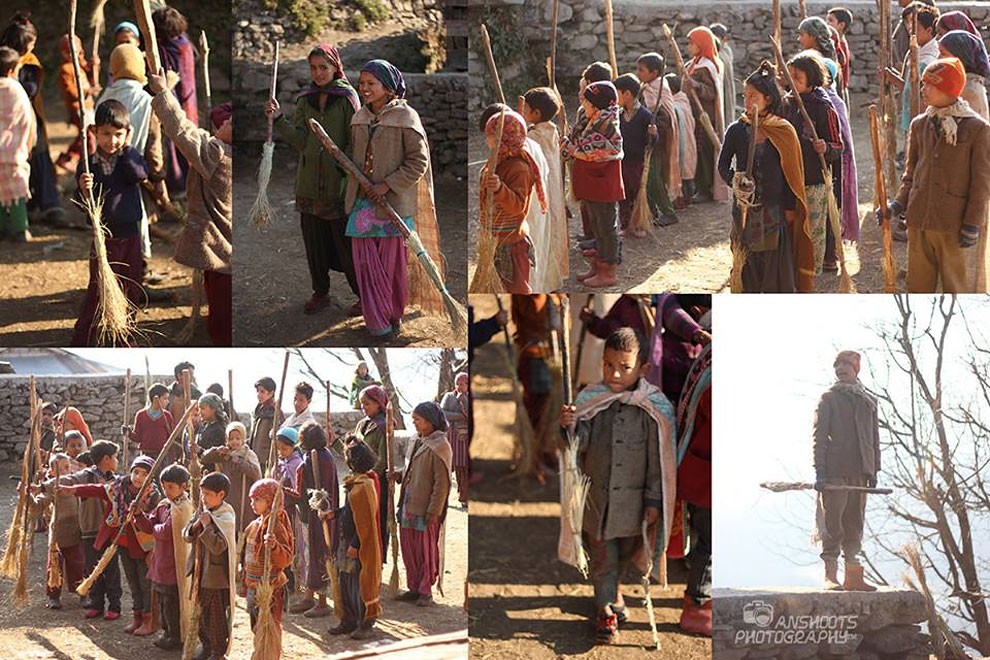 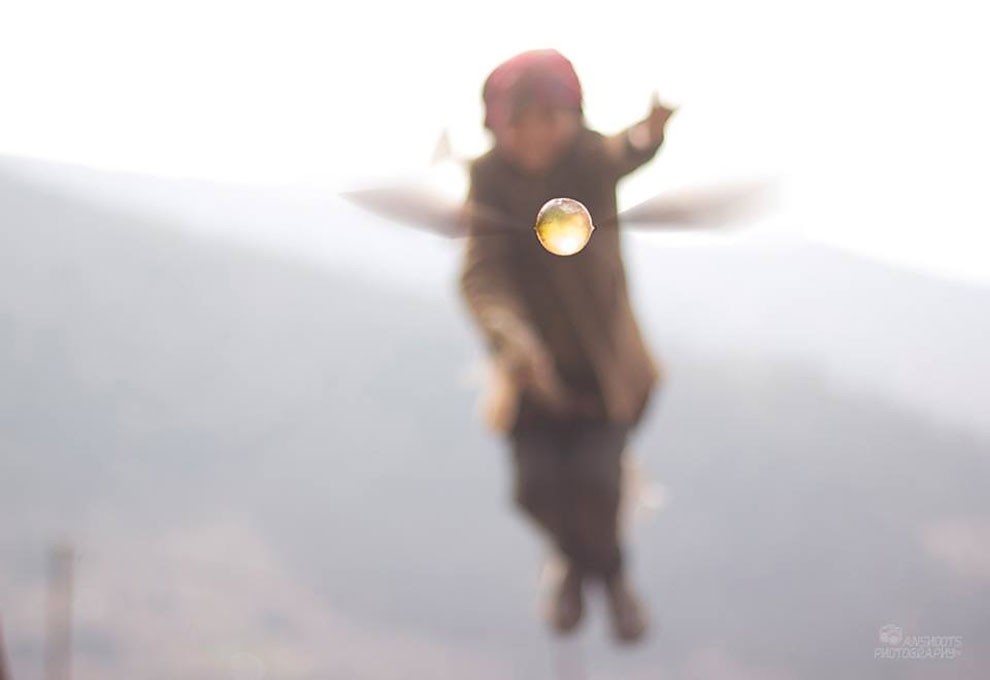 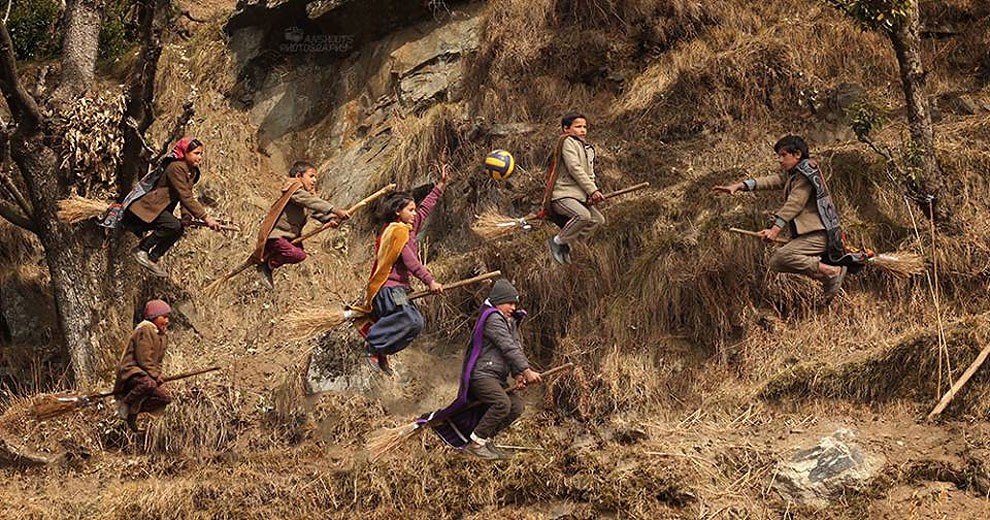 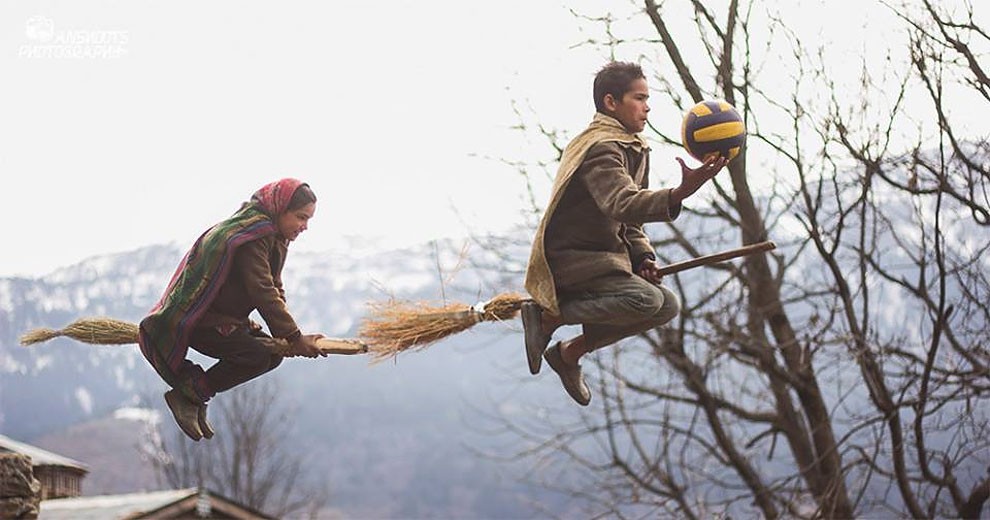 Biochemist Elzbieta Kurowska Creates Stunning Liquid Biomorphic Structures
Before Digital Camera Popularity: Studio Portrait Photos Of Beautiful Women In The 1980s
Stunning Winning Panoramic Photography From The 2018 Epson Panoramic Awards
"Elevations & Avenues": Aesthetic New York Streetscapes By Matt Petosa
Stunning Atmospheric Photographs Of London Streets At Night In The 1930s
Mask Project by Lala Roe
Inside North Korea: Silk Mill Workers
Meet Maria Oz – The Girl With Amazingly Big Eyes
One-month-old White Lion
Close-Up Cuisine
The Empty Stools of Rural Village Life in China
Boxers Before And After The Fight: Beautiful Photography Project By Nicolai Howalt
Photographer Michael Massaia Captures Haunting Images Of Central Park When No One Is Around
An Artist Infused Colour Into A 100-YO Black & White Photo And The Result Is Beyond Stunning
The Best Of The Best Surfing Photos For The 2020 Nikon Surf Photography Awards
Winning Images of The Architectural Category from The International Photography Awards 2020
Photographer Explores Abandoned Places At Night And Captures Them In The Most Colorful Way
COVID LATAM: Latin American Photographers Document The Pandemic
"Under The Electric Sky": Beautiful Portrait Photography In Neon Lights By Tom Dewh
1968: Elton John's First Photo Shoot
Falkland Islands: A Look at the Disputed Territory
Beautiful Black & White Photographs of Children Playing in Barcelona in the 1970s
2016 Wildlife Photographer Of The Year Winners
2017 National Geographic Nature Photographer Of The Year Publishes First Round Of Beautiful Entries
Still Life Photographer Creates Epic “Outdoor” Scenes Almost Without Spending Any Money
Scales Of Perception: "Megalophobia" By Mai Chaya
Vintage Photographs Of People Posing With Job Hunting Signs On The Streets During The Great Depression
Kyoto Photographer Shows the Beauty of Autumn Through Gorgeous Foliage Photos
September 25: This Day in Photos from the Past
Reuters Pictures of the Year 2014, Part 7
helps, himalayas, magical, quidditch, students, teacher