Vorkuta, Russia, 2009
The town, once home to a thriving coal mining industry, is full of abandoned buildings that the government does not have funds to repair. The extremes in temperature (in winter it can get as cold as -40C) make the buildings unstable and liable to collapse. 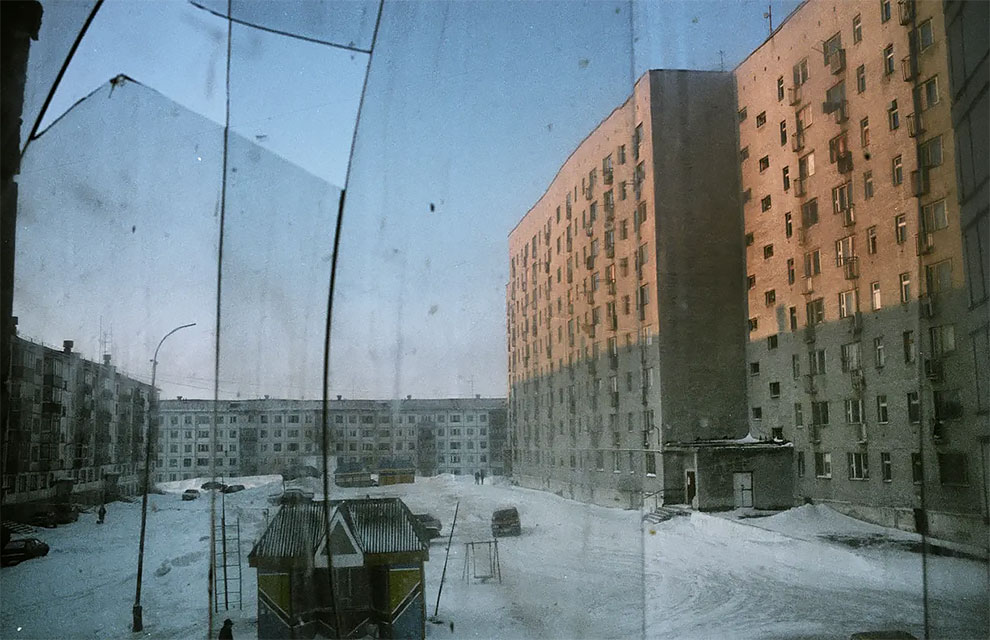 Up above the Arctic Circle, 40 hours by train from Moscow, sits the Russian city of Vorkuta. It was built by gulag inmates but was given purpose by the coal industry that used to be the region’s lifeblood. Now mining has disappeared, leaving many of its outposts abandoned. Tomeu Coll’s 2009 photo essay Nevermind Sovietland hauntingly records the lives of those who still live there…

Bus Line in Lenin Avenue, Vorkuta
Vorkuta’s inhabitants live at the end of the world, isolated from the rest of Russia. 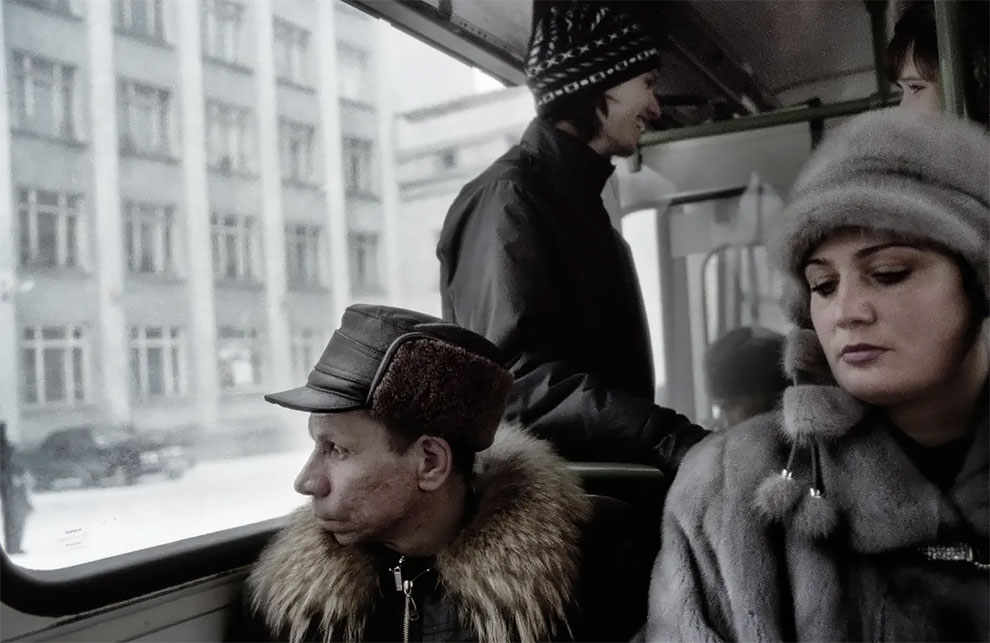 Lenin Avenue, Vorkuta
Lenin Avenue runs through the centre of the town. Most of the theatres, cinemas and other cultural centres have closed, but the heavy snow does not deter inhabitants from taking a walk along the 6km-long avenue. 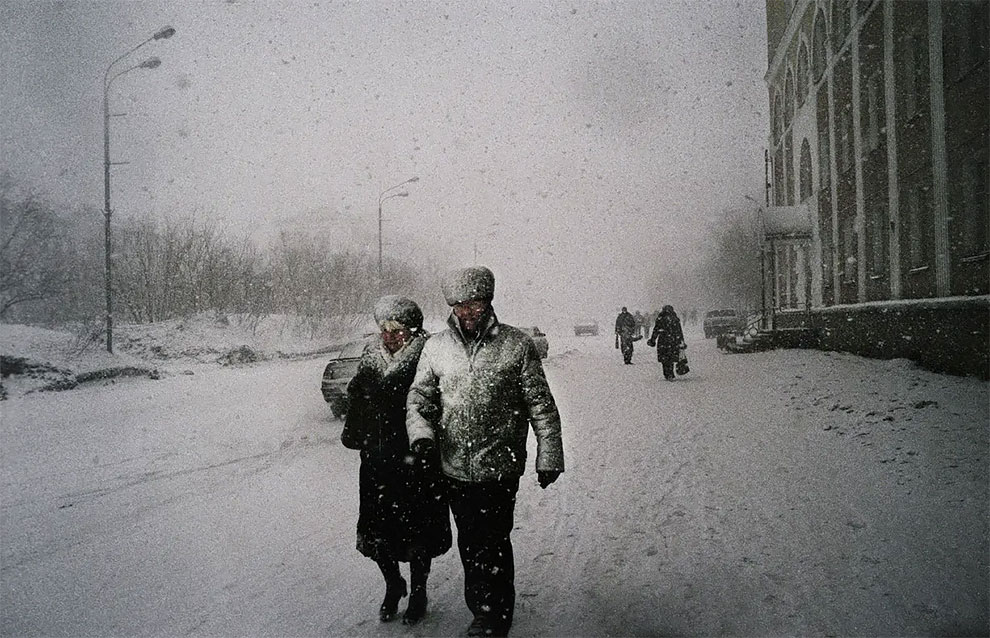 Dance class in Vorkuta’s Culture House
The Culture House is the town’s focal point. Everything happens here, from political speeches to heavy metal concerts. There is even a botanical garden. 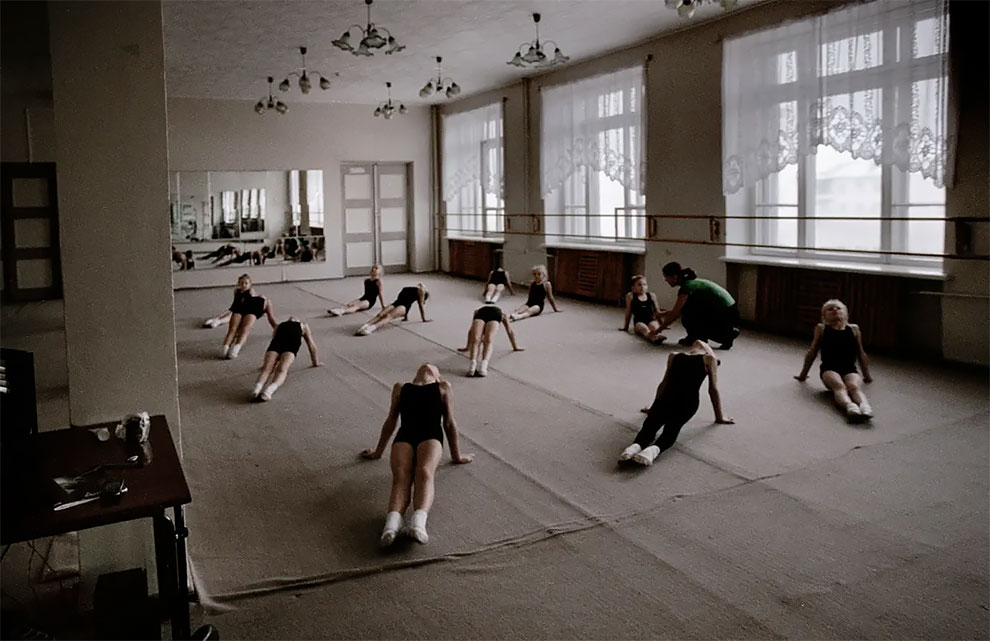 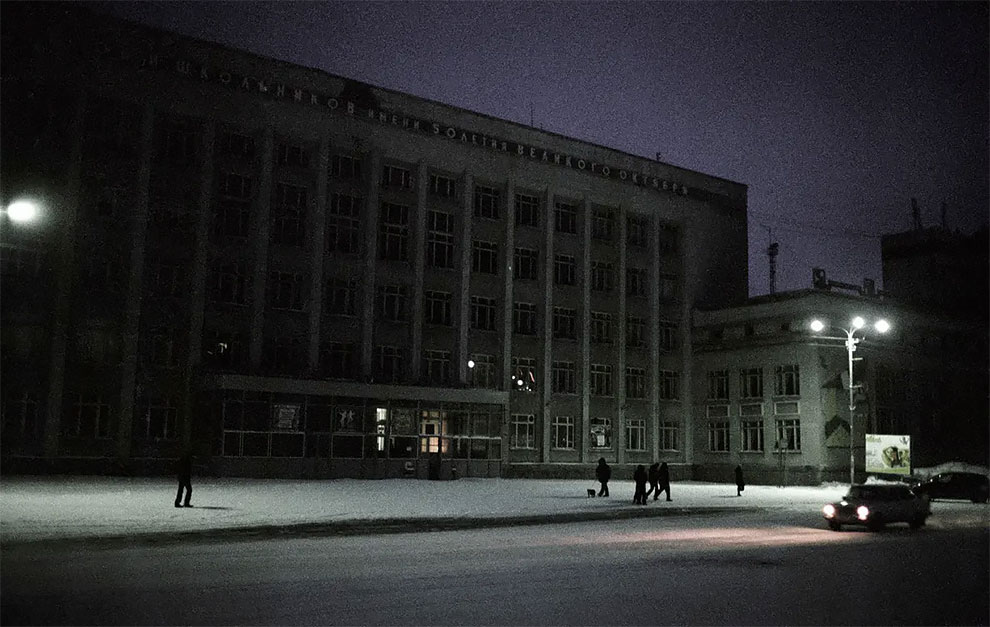 Alexander S
Alexander is a retired miner and amateur historian. He was born in Vorkuta and is a member of the Memorial Association for the victims of the Gulag. His research has helped establish that some – but only a very few – prisoners escaped the nearby forced labour camp and survived to tell their tale. 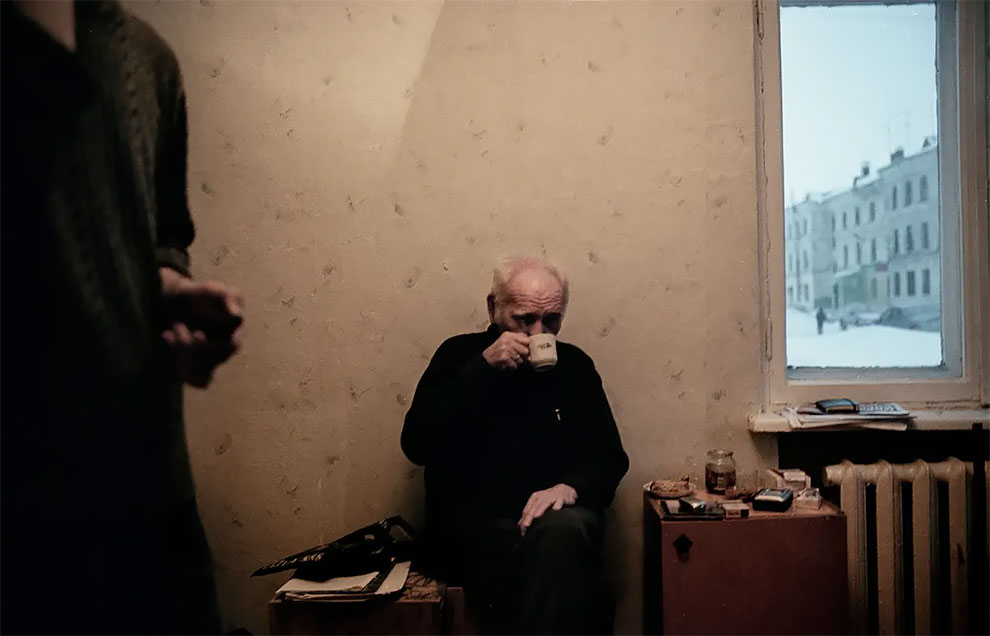 Vorkuta Ring Road
Vorkuta was one of the bigger and wealthier cities in northern Russia during the Soviet era, but all its roads are empty like this today. Due to the town’s isolation and extreme weather there is a high rate of depression among inhabitants. But they paint the buildings with bright colours to bring cheer during the long, white and cold winters. 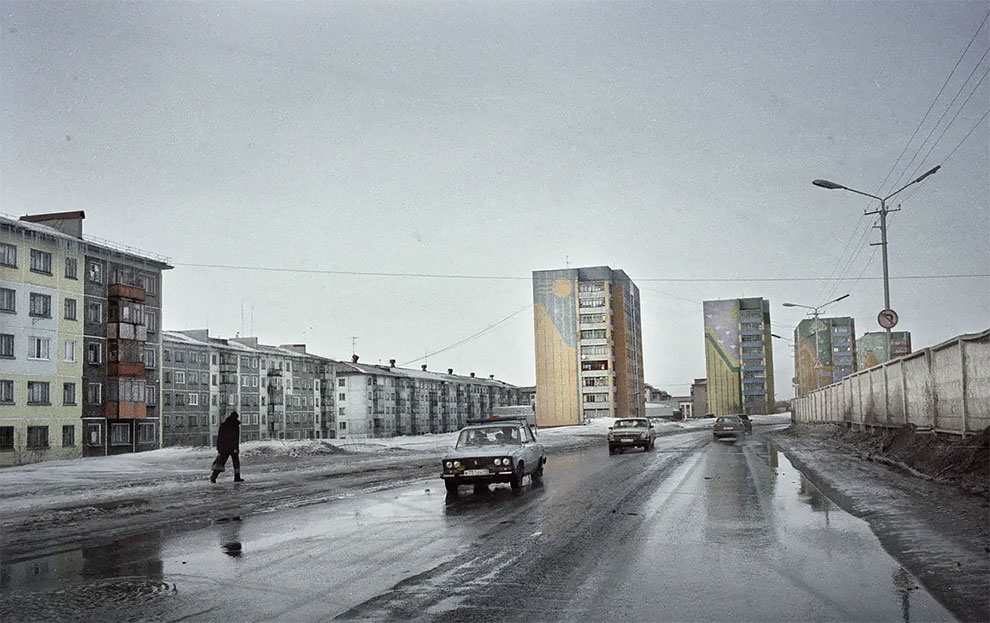 Last train stop before Vorkuta
There is one commercial flight a week between Vorkuta and Moscow. So for most people the only way to get in or out of the town is by train. The journey to Moscow takes over 40 hours. This is the last stop before Vorkuta. 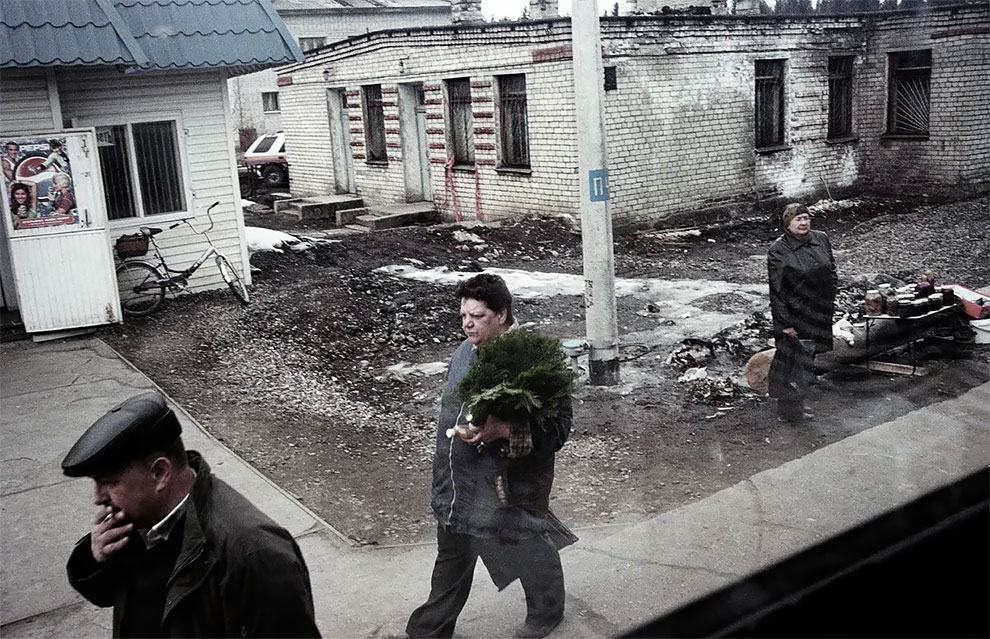 Negotiating the heavy snow with a homemade snowplough 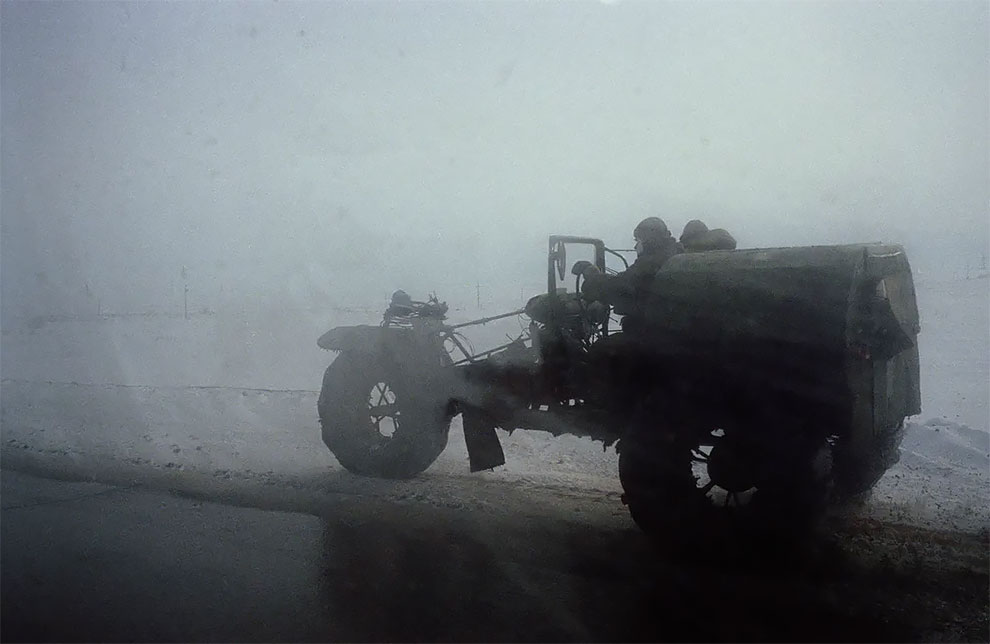 Abandoned Sports Centre, Halmer-U
The abandoned town of Halmer-U lies about 70km north of Vorkuta. In 1993, its mine was closed and inhabitants were given compensation to move away. Two years later, the gas and electricity supplies were turned off and the handful of remaining residents were forced to relocate. Hundreds of buildings sit empty, decaying. Once a year, a group of the town’s former inhabitants travel there to meet and reminisce. 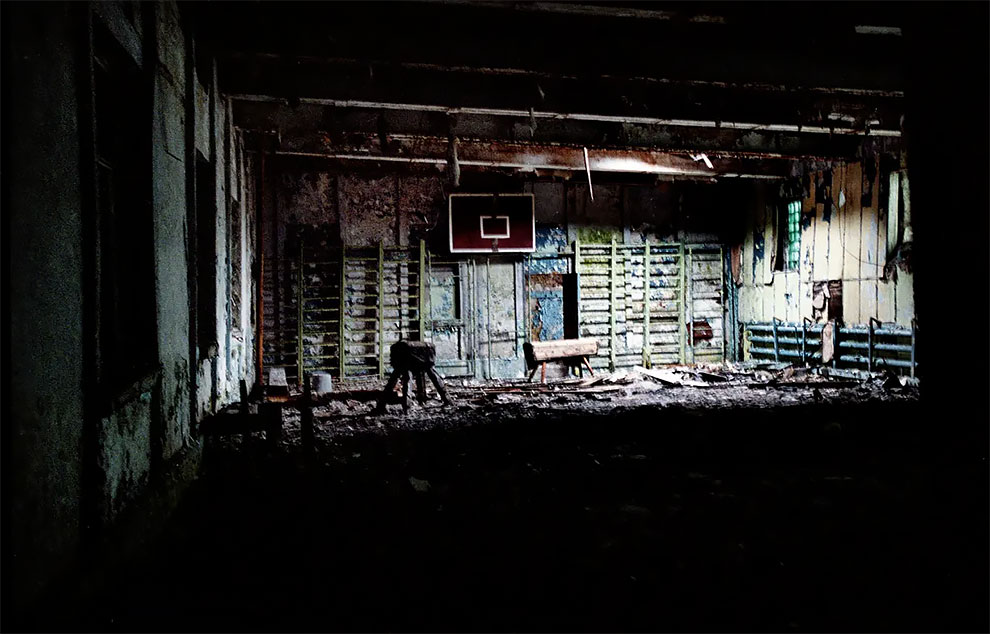 Last inhabited building in Yur-Shor
The Vorkuta Ring comprised 13 settlements, each with its own mine. 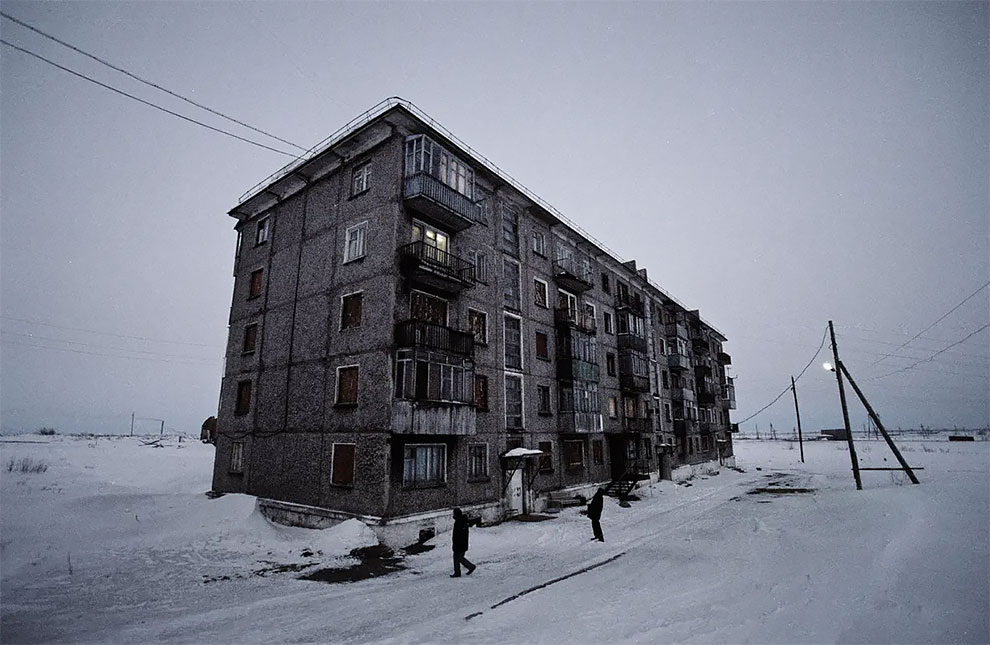 Irina in the last inhabited building in Yur-Shor (or Vorgashor)
Irina, an Olympic table-tennis coach, talks with her neighbours Sergei, Svetlana, Irina and Katya. They were the last inhabitants of Yur-Shor, before the government turned off the electricity. 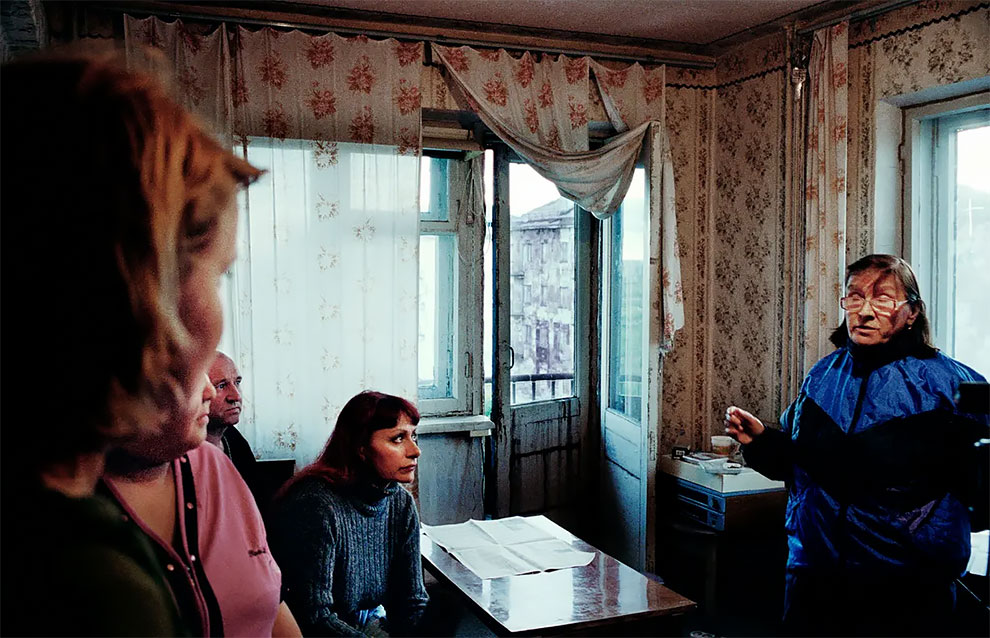 Stunning Images of Freshly Frozen Cars Arrived to Vladivostok Sea Port
"This Is What I See When I Create Art": Beautiful Paintings Of Natural Russian Landscapes By Stepan Nesterchuk
Haunting Photos Of American Slaves 70 Years After Abolition
100-Year-Old Hand-Colored Postcards Offer A Fascinating Glimpse Of Pre-War Japan
Woman's Hilarious Parody Portraits Recreate Popular Celebrity Instagram Photos
The Amazing Winning Photos Of The Siena International Photo Awards 2017
Photo of the Day: A Leopard Walks With Its Head Stuck
20 Strange & Unusual Pics From The Early 20th Century That You May No Longer See Today
This Japanese Train Station Only Exists So That People Can Admire The Scenery
Giant Artwork By Calligraphy Artist Pokras Lampas Destroyed In Yekaterinburg, Russia
Russian Cosmonaut Shares Amazing Photos Of Our Earth Taken From Space
This 25-Year-Old Puddle Has Its Own Instagram Account
Iceland From Above In Breathtaking Aerial Photography By Gabor Nagy
Publicity Photos Of Marilyn Monroe Playing The Ukulele For “Some Like It Hot” In 1959
Steve Madden Shoes Collection - Summer 2012
Stunning Photos From The British Beard & Moustache Championships In Blackpool
These Photos Will Blow Your Mind – Russia In The 90s Through The Lens With French Photographer Lise Sarfati
Mariner Valley on Mars - the Galaxy's Largest Valley
Vivid Color Photographs Show Iconic Beach Culture of Miami Beach in the Late 1970s
Amazing Photos Awarded By The Sony World Photography Awards 2018
Beautiful Gingkgo Trees Attract Visitors
A Scary Side of Beauty Culture
Russian Fans Of J. K. Rowling Make Pastries Based On "Fantastic Beasts And Where To Find Them"
Cool Photos Defined Fashion Styles of Young People in the 1970s
north, photography, russia, Tomeu Coll, travel, vorkuta