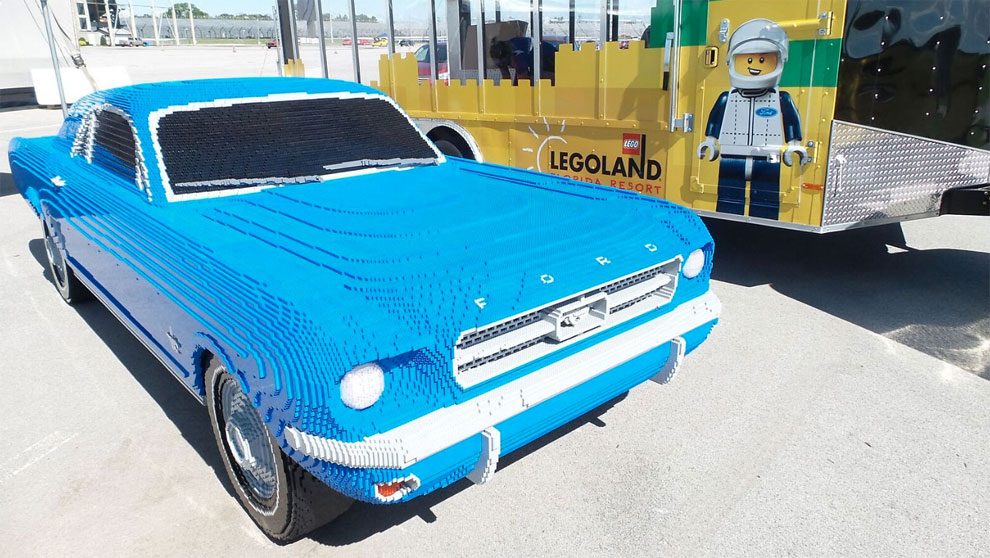 What you’re looking at here is 194,900 Lego bricks. The pieces were constructed to recreate this life-size 1964.5 Ford Mustang V8 coupe, making it the latest and possibly greatest attraction at LegoLand Florida Resort (so far). It was built as part of a partnership between Southern Ford Dealers and Lego, and will have a permanent home outside of the Ford Driving School attraction at the park from here on out. 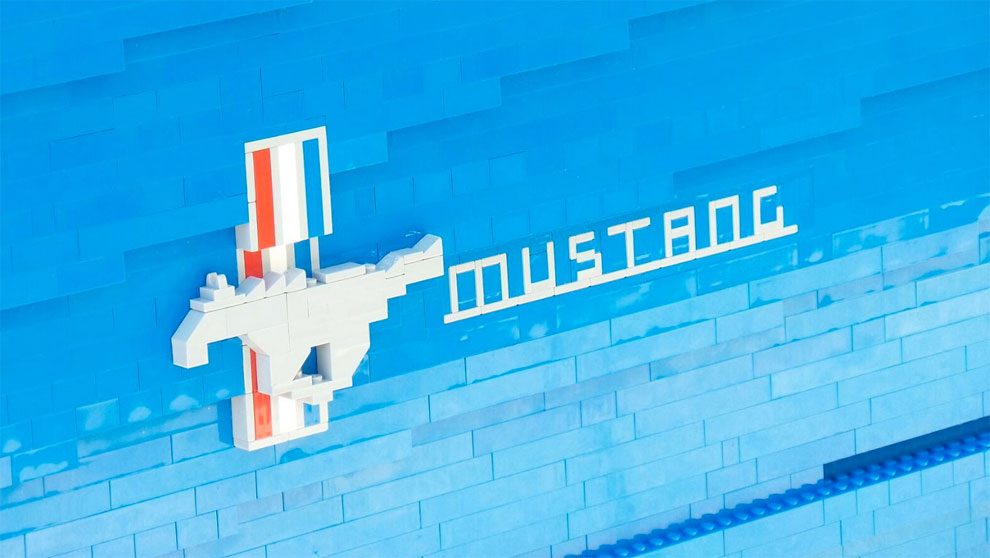 The car measures in at 15 feet long, six feet wide, and more than four feet tall. It weighs a total of 1,712 pounds — 960 of which are pure Lego and Duplo bricks, while the other 752 is a flat, aluminum “chassis” designed specifically for the build. It was created by a veteran team of Master Builders at Lego Systems, Inc., in Enfield, Connecticut, and was first introduced at the Indianapolis Motor Speedway during the 40th anniversary celebration of the Mustang Club of America early in September. 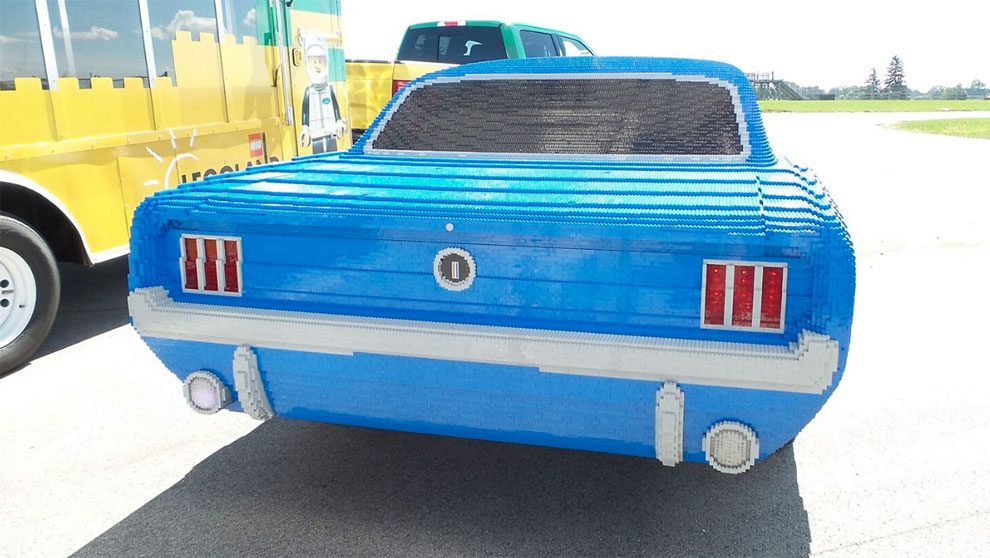 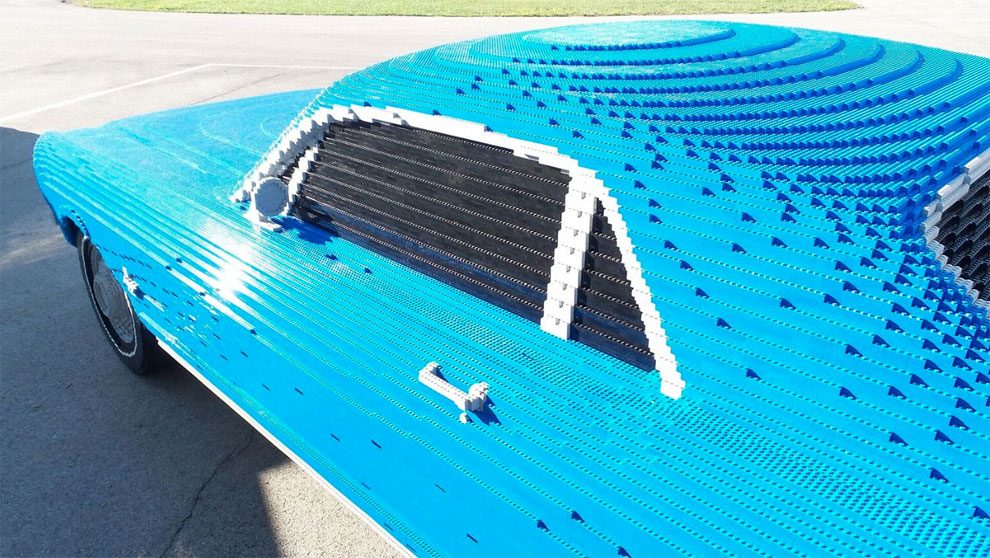 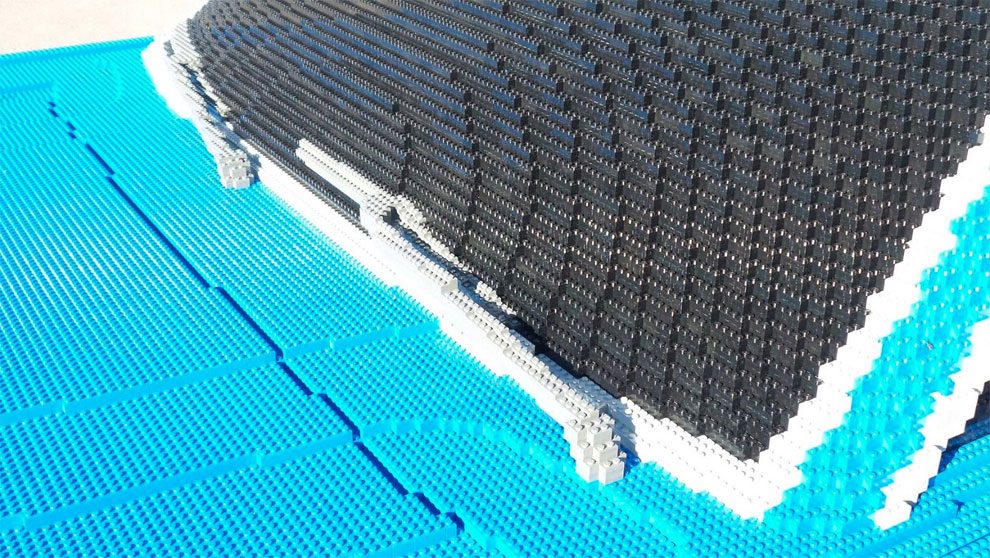 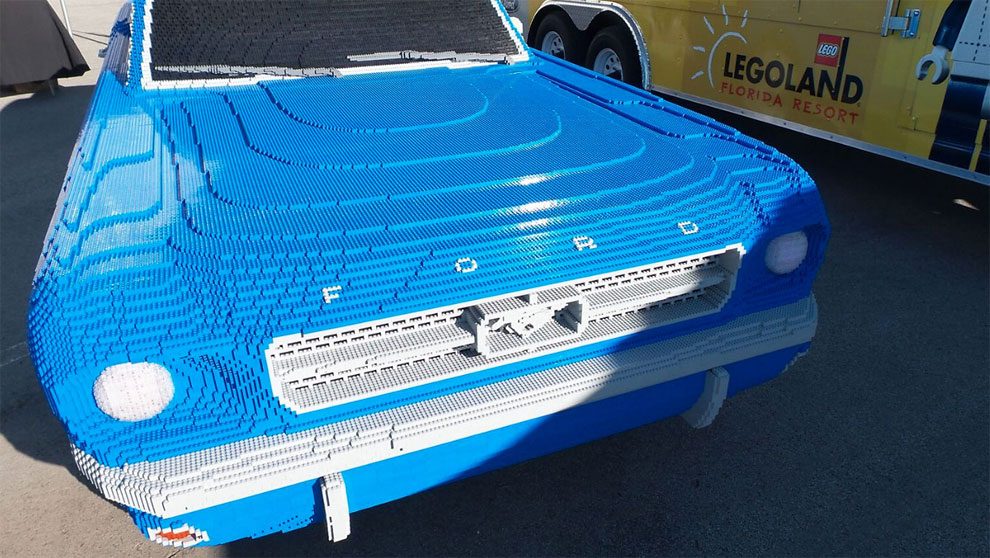 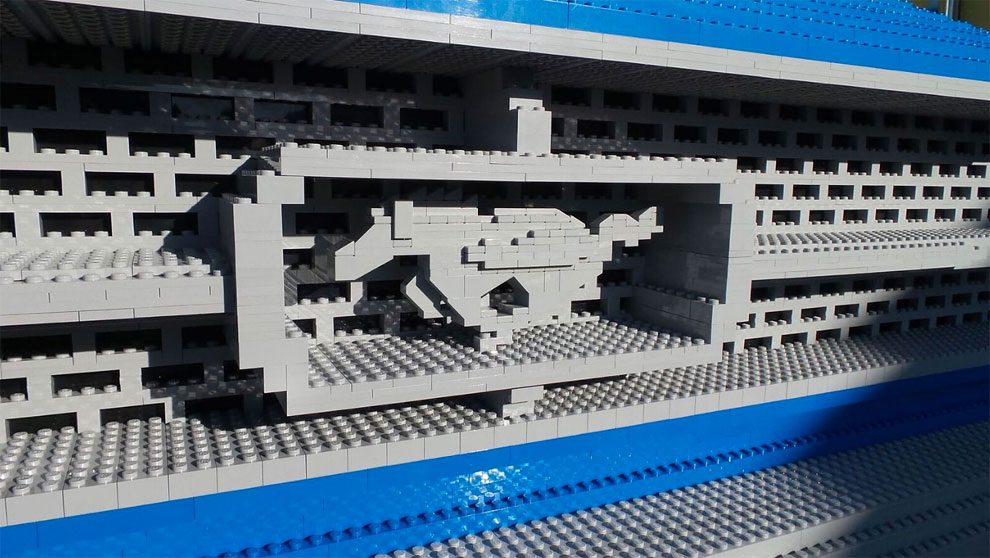 This Slicer Turns A Simple Watermelon Into The Coolest Summer Popsicle
Boxes Into Beds: Brilliant Idea Helps Earthquake Victims In Japan
Creepy & Crawly Plush Sculptures by Hine Mizushima
Ukrainian Makeup Artist Is Blowing Minds With Her Stunning Lip Art
This Minimalist Goth Ice Cream Is The Ultimate Antithesis To The Unicorn Trend
This Chameleon Cake Can Change Colour Due To One Amazing Bakery Technique
Lifelike Sculpted Figures And Immersive Monochrome Environments By Hans Op De Beeck
Tundra's Immersive Light Installation Puts Visitors Side-By-Side A Swimming Whale
Traces Of Love And Personal Connections In Geometric Abstraction By Haris Lithos
A Well-Dressed LEGO Alien Xenomorph Prepares For A Day At The Office
Cats And Pop Culture – The Lovely Earrings By Catmadecom
This Peculiar Board Game Is Anticipated To Be Biggest Kickstarter Campaign Ever
Samurai Bottle Helmets Are Here To Fiercely And Elegantly Adorn Your Bottles Of Booze
Someone Recreates 65 Metal Album Covers With Characters From The Simpsons And It’s Hilariously
"Prismverse" - An Interactive Installation That Let Visitors To Be Immersed In An Audiovisual Experience Of Splendors
This Is What Men Should Wear According To Fashion Designer Walter Van Beirendonck
Add Some F-You Ambiance To Your Interiors
Italian Defense Shoes With Spurs for Protection, 1955
Embroidered Sculptures of Woodland Treasures by Amanda Cobbett
Artist Creates Handmade Illustrations Using Only Strips Of Paper
Decorate Your Bike This Spring With Cute Little Flower Vases
This 3D Graffiti Art Will Play Tricks On Your Mind
Artist Collects Rocks, Paint Eyes On Them And Return Them To The Landscape To Be Found Or Lost Forever
I Survived The "SHIT SHOW" 2020 Commemorative Coin is Here!
mustang, recreated