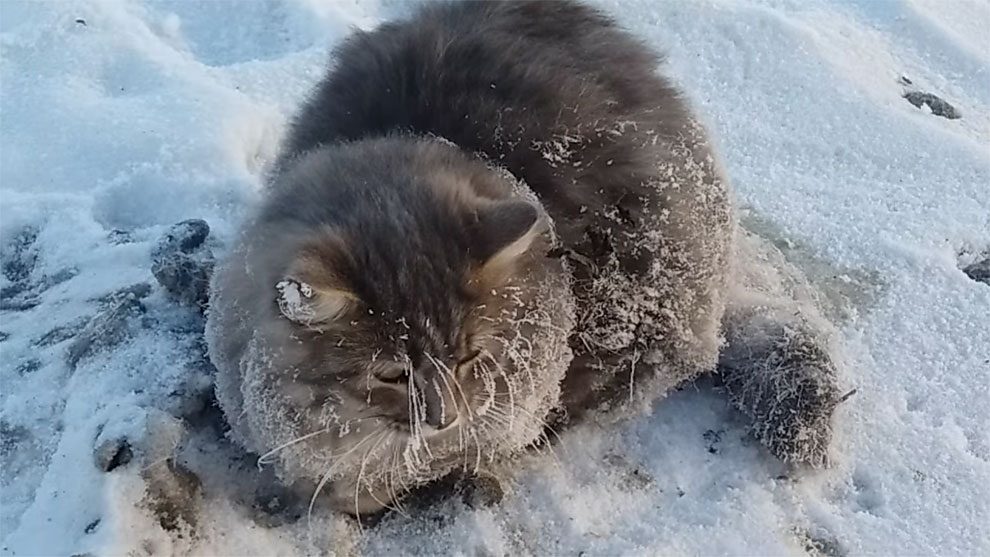 Imagine you got stuck in ice while it’s -35°C weather around you? To us it seems like pure horror, and that was exactly how this little cat felt. The poor little cat crawled under a car at night to keep warm and sleep under it’s warm engine, but as the car went on its own way in the morning she was left stuck in ice with all of it’s four paws. 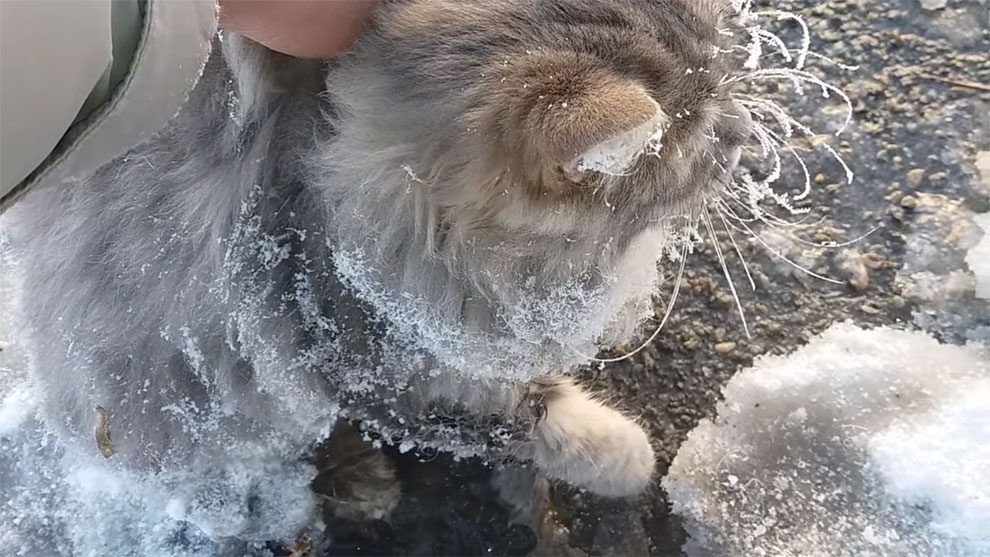 Internet wen’t wild after this cute rescue operation that happened in Zlatoust, in the Ural region close to Chelyabinsk. In same time it was the cats unluckiest and luckiest day in life, because she had to suffer heavily under these temperatures but in same time she found a happy new home. 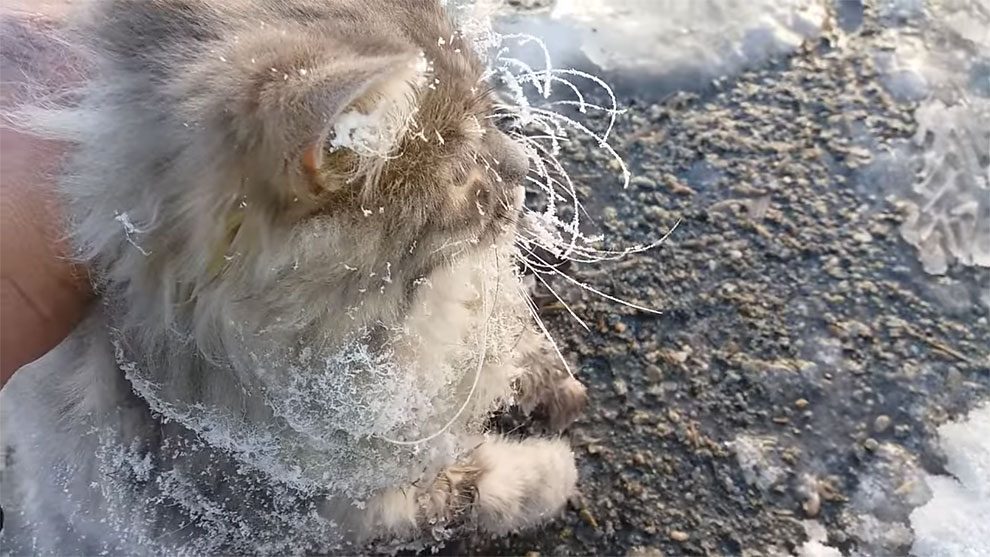 “Called a vet. He gave it anti-inflammatory medicine. The cat is young – 7-9 months (according to the vet). By the evening he started to walk. In three days I posted an announcement in social media and a girl from our town picked him up. He’s been living with her for a week now – everything’s fine – he jumps – he runs,” – video maker said. 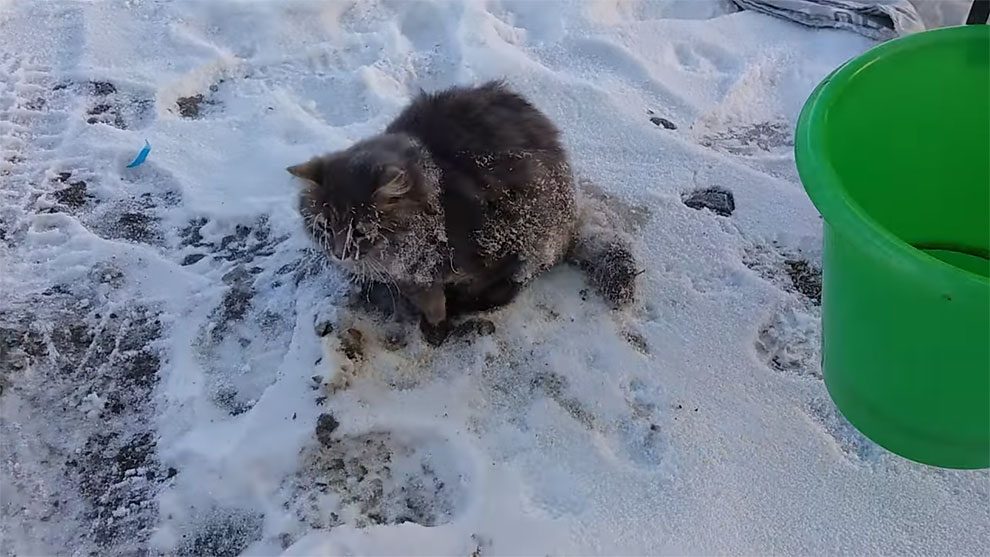 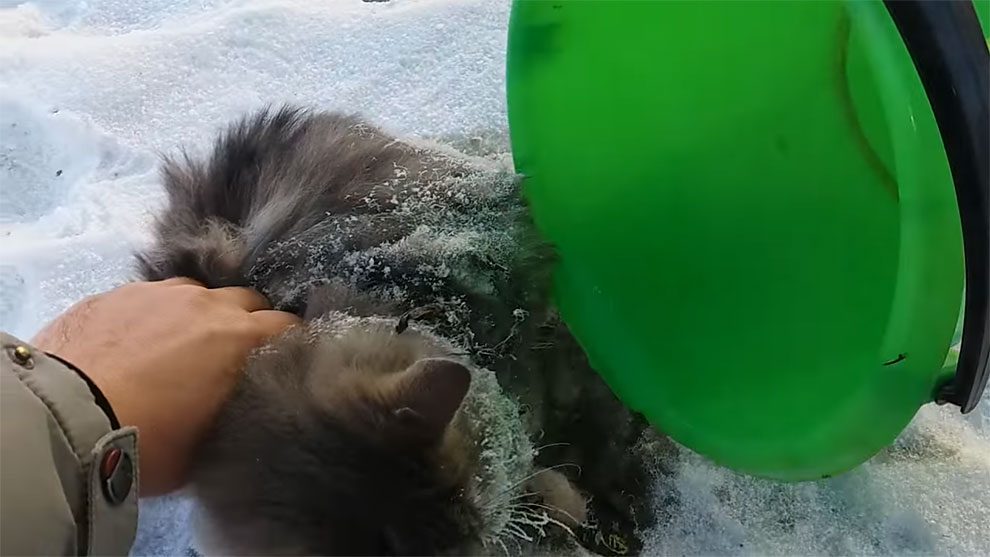 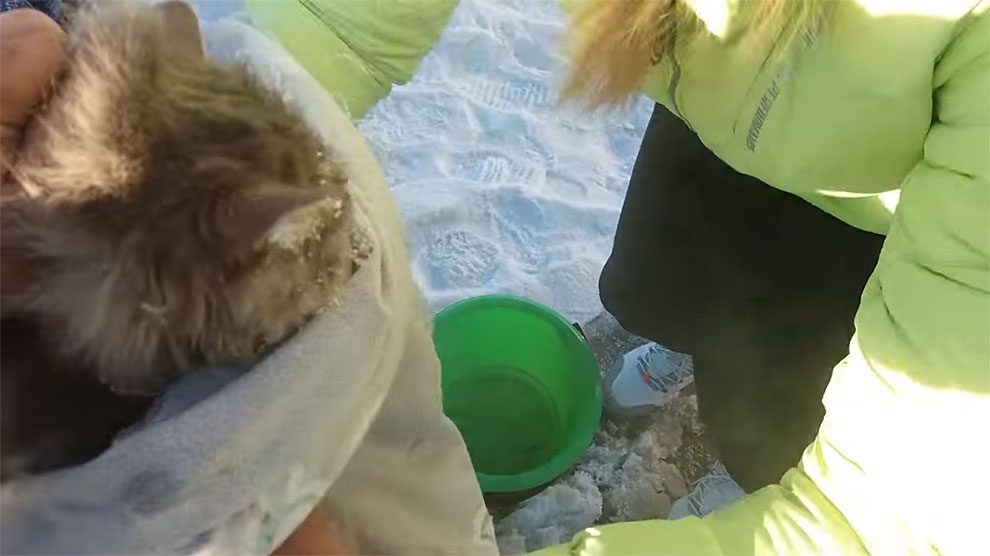