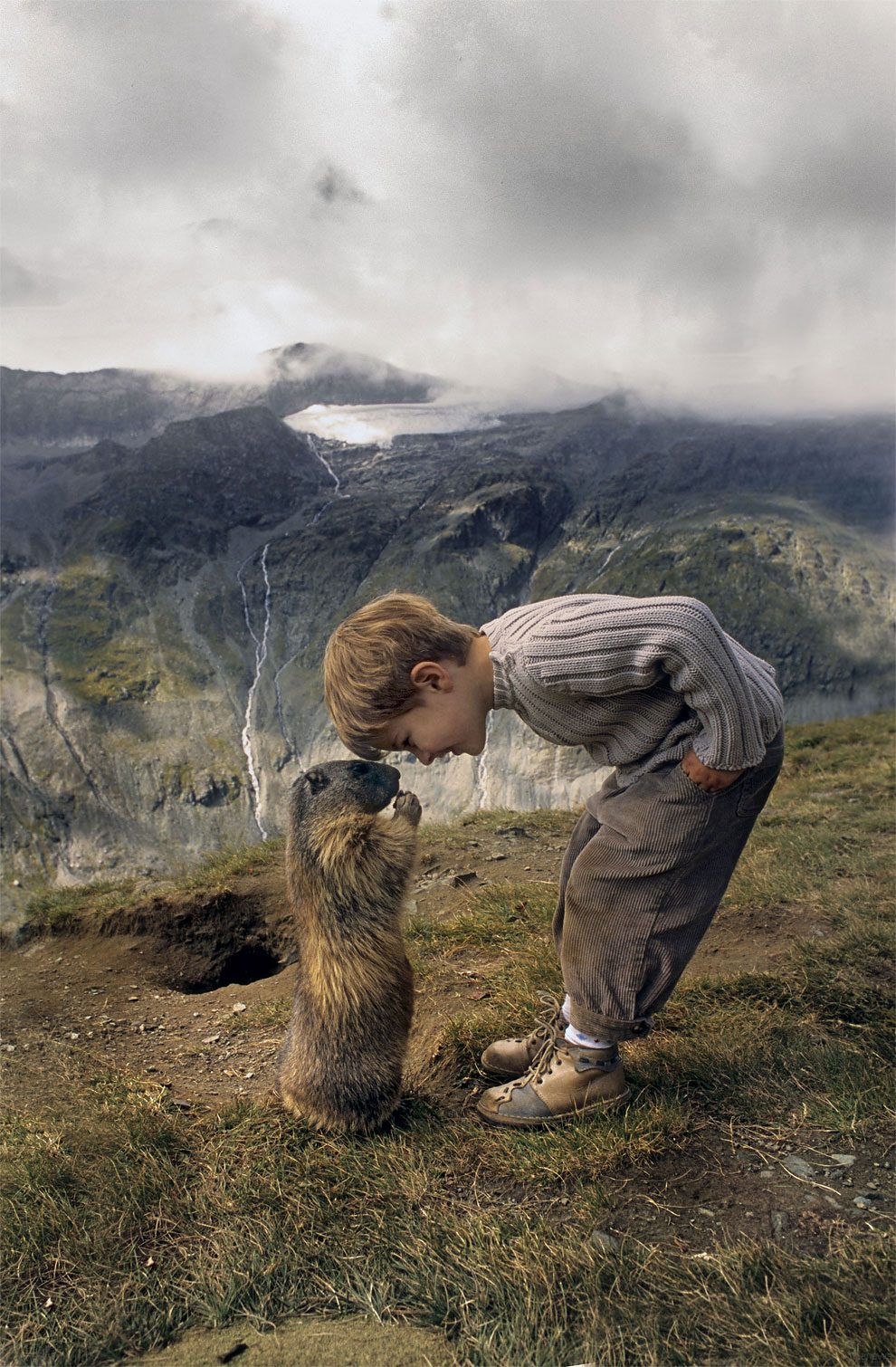 A 12-year-old boy from Austria has formed a unique bond with a group of marmots.

Matteo Walch struck up the remarkable friendship with the alpine marmots when he was first introduced to the animals by his nature-loving family when he was just four years old. Matteo and his mum Michaela, a schoolteacher from Innsbruck, Austria, return to visit the colony of marmots in Grossglockner in the Austrian Alps for two weeks every year. 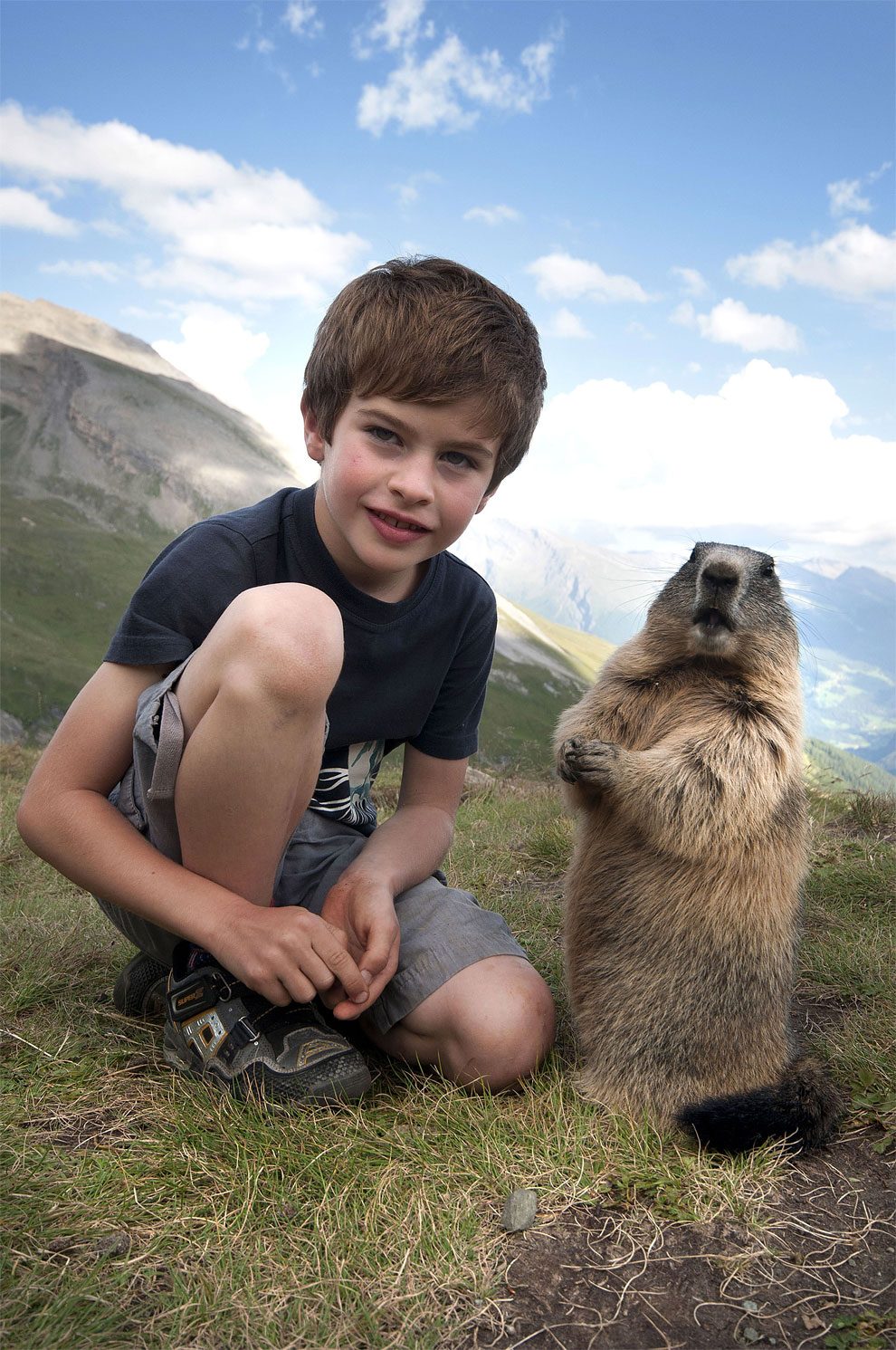 The youngster spends time feeding, cuddling and having his photo taken with his furry friends. His unusual relationship with the animals generated worldwide interest when images of the adorable companions first appeared in the media in 2012. 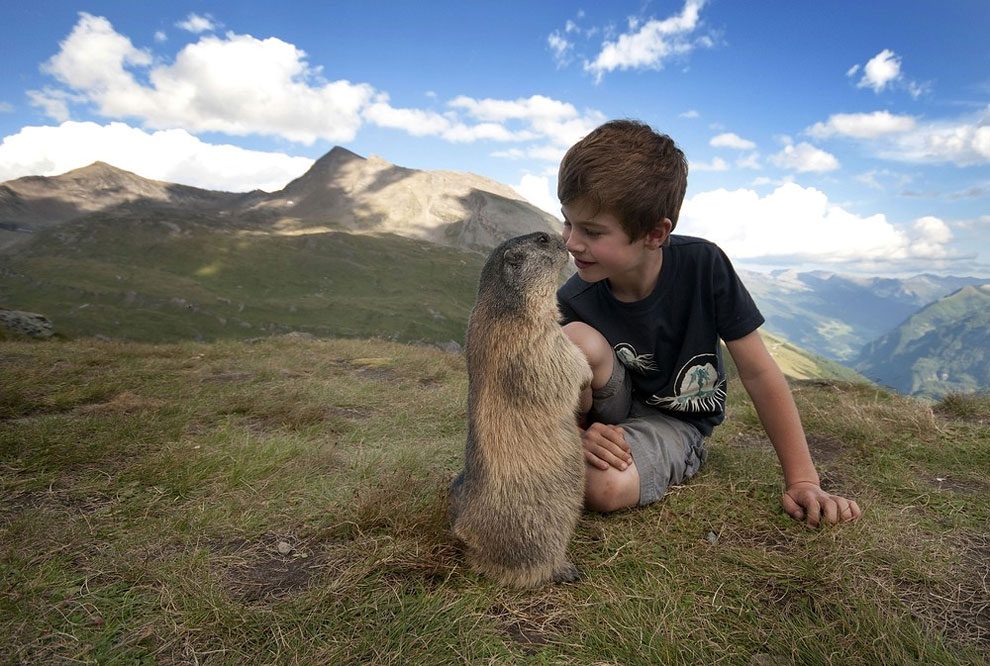 “Matteo loves those animals and they are not at all afraid of him because he has a feeling towards them and they understand that,” the boy’s father, Michaela, said. “It’s amazing to watch the connection between a boy and his animal friends.” 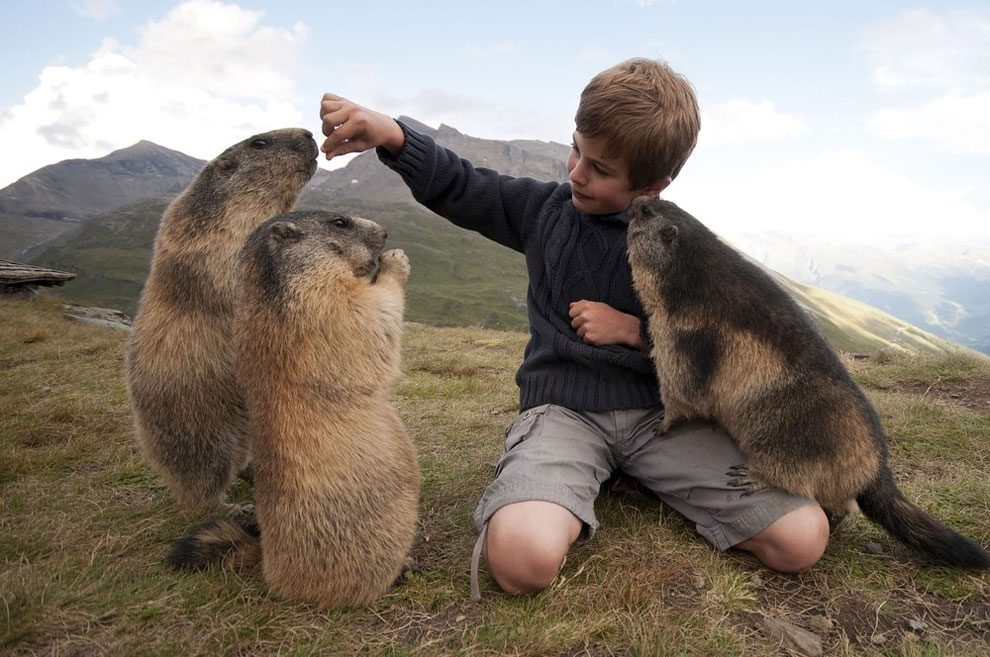 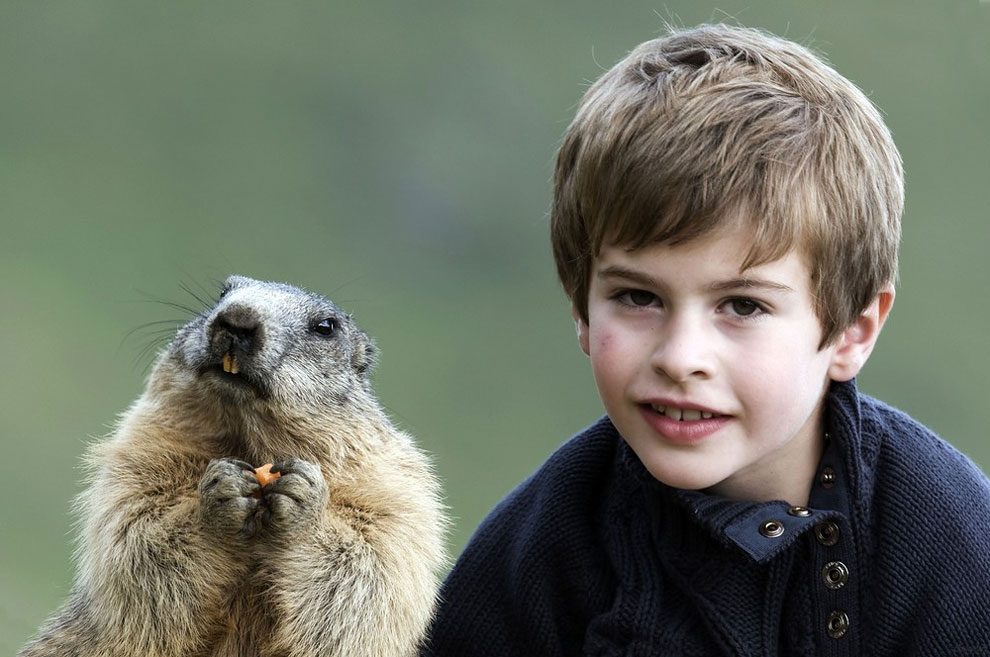 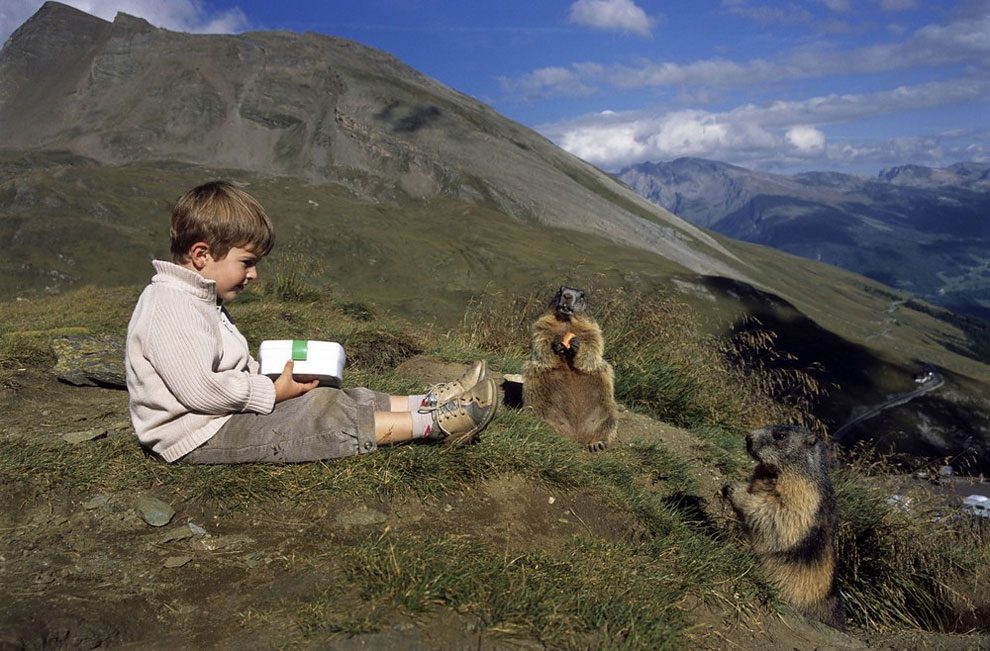 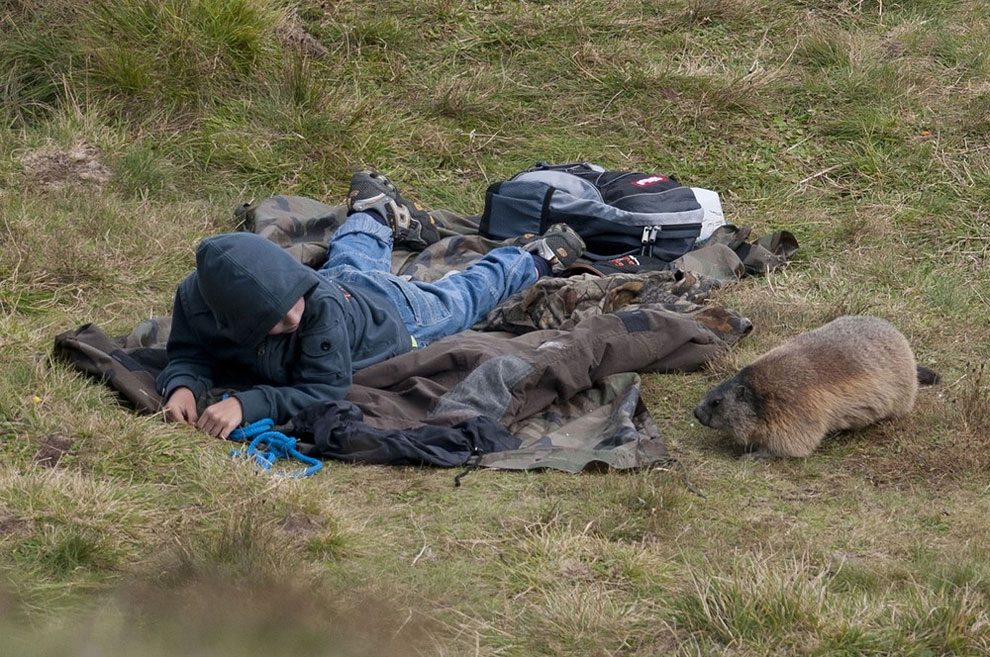 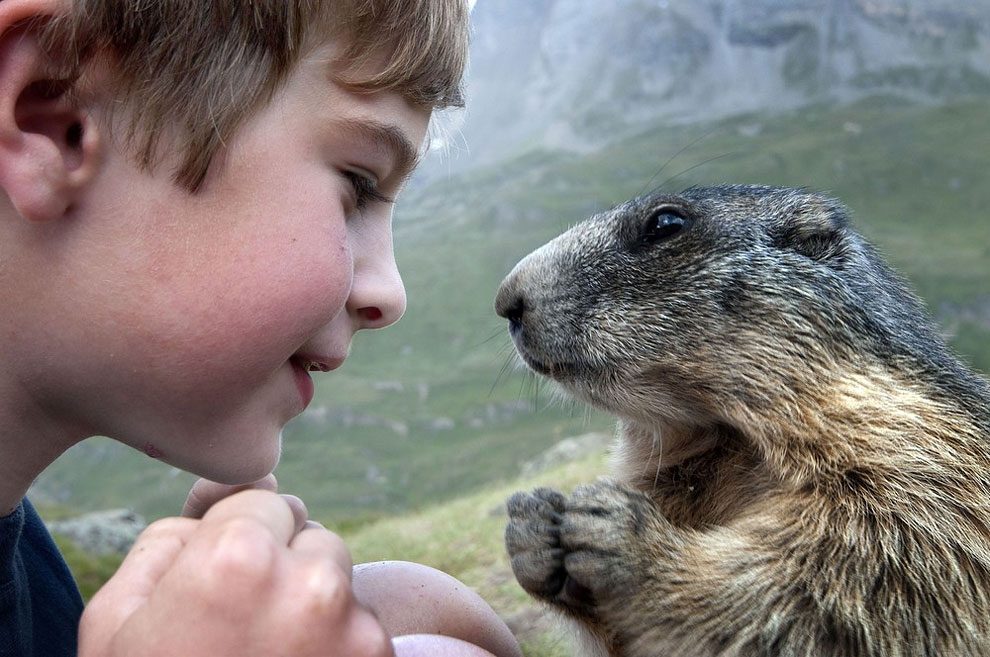 Artist Raises Thousands for Charity with Hilarious Pet Portraits
Animals That Look Like They’re About To Drop The Hottest Albums Ever
The World’s Only Brown Panda Is Becoming A Celebrity
Welcome Back, Rex - the World's Largest Crocodile
Artist Imagines The Secret Life Of Wild Animals When No One‘s Watching
December 20 – 27, 2014: Animals
Animal Architects Bowerbirds Design
Award-Winning Shots From The 2012 Underwater Photo Contest
Taronga Zoo Animals Recieve Christmas Gifts
Fat Cat: Russian Artist Inserts Her Ginger Cat Zarathustra Into Iconic Paintings
Photographer Documents Chickens, And They All Look Like Supermodels
Unlikely Friendships
Uggie the Dog Leaves Paw Prints in Hollywood, Bids Goodbye to Acting
Cat Fashion Show at the Algonquin Hotel
Pooches Ride on Owners Moped in Indonesia
A Cheetah Encounter in the Serengeti
These Grey Whale Calves Love Posing For Their Close Ups As They Go Oh-So Close To Tourists
In 1914, Baby Animal Photography Made For Exhausting Work
Photographer Snaps A Frog ‘Horsing’ With A Beetle
This Soviet Dog Spacesuit Is The Cutest Dog Costume You Will See Today
A Dog Race in Shakopee, Minnesota
Flying with Man's Best Friend
The 10th Annual Petco Unleashed Surfing Dog Contest At Imperial Beach, California
An Artist Transforms The Shapes Of Animals Into Cubes To Makes Them Definitely Look Straight Out Of Minecraft
An Otter House In Japan Now Has A Roundabout – No More Underwater Traffic Jams
This Photographer Took Dogs From A Shelter And Created Another World For Them
Sygmond The Grey Majestic Cat
An Enormous Crocodile Mauls a Young Hippo in South Africa
6-Month-Old Giant Panda Twins Debut At The Panda House Of Chongqing Zoo
Russian Designer From St. Petersburg Makes Toy Cats And Photographs Them In The City
adorable, austrian, enjoys, photos, special, young