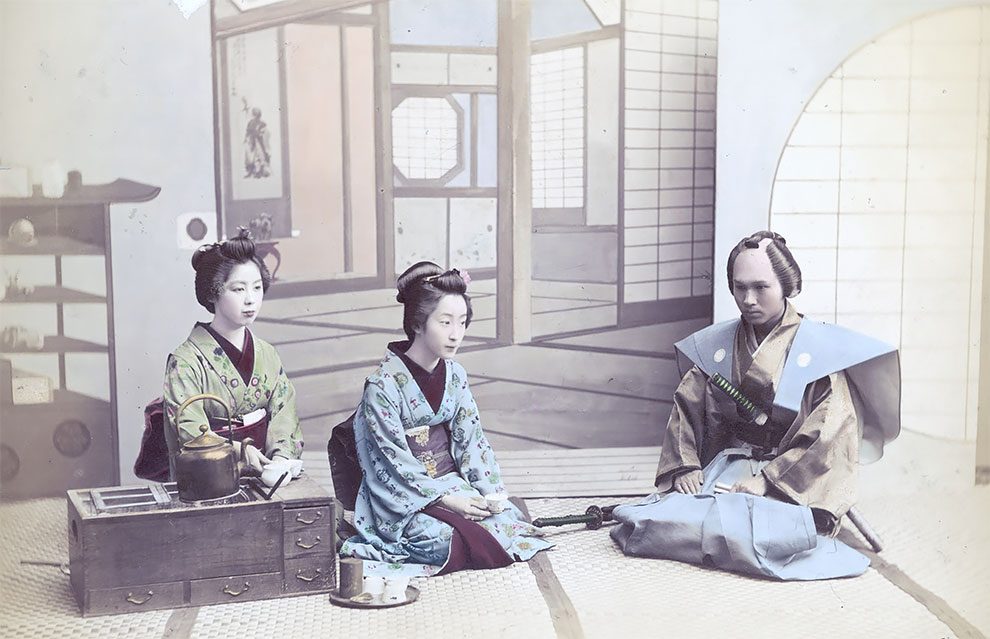 A long standing stigma has been placed on Japanese Geisha girls. When someone thinks of a Geisha, they think of a glorified prostitute or call girl. This is far from the truth. Geisha’s are entertainers, and they are trained vigorously in art, music and dancing. If you translate Geisha into English, you get artist.

Being a true Geisha is an honor to the girls, who when they become full-fledged Geisha’s are then called geiko. If a girl begins her training to be a geisha before she is 21, she is called a maiko, meaning child dancer. A girl or woman can become a geisha even if she wasn’t a maiko, but if she had been a maiko she would enjoy much more prestige.

Two Geisha Girls, professional Japanese entertainers, practising their art; one is playing a samisen, a traditional Japanese stringed instrument, circa 1950: 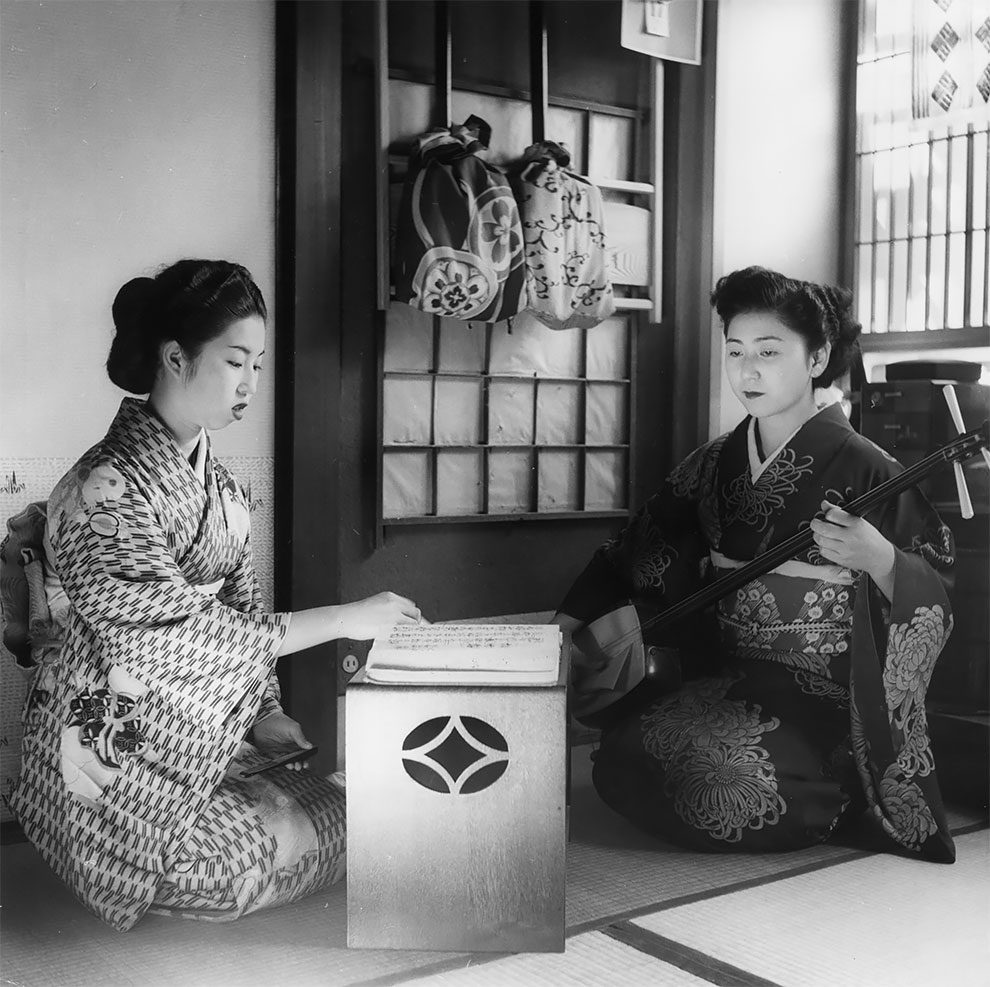 Because the geisha is much coveted, prostitutes have called themselves geisha’s to bring in more customers, but you will notice a distinct difference, and that is their attire. Both girls where a kimono, and over their kimono is an obi (or sash). Geisha’s tie their obi in the back, and prostitutes tie it in the front.

A typical Japanese Geisha wearing a kimono, circa 1950: 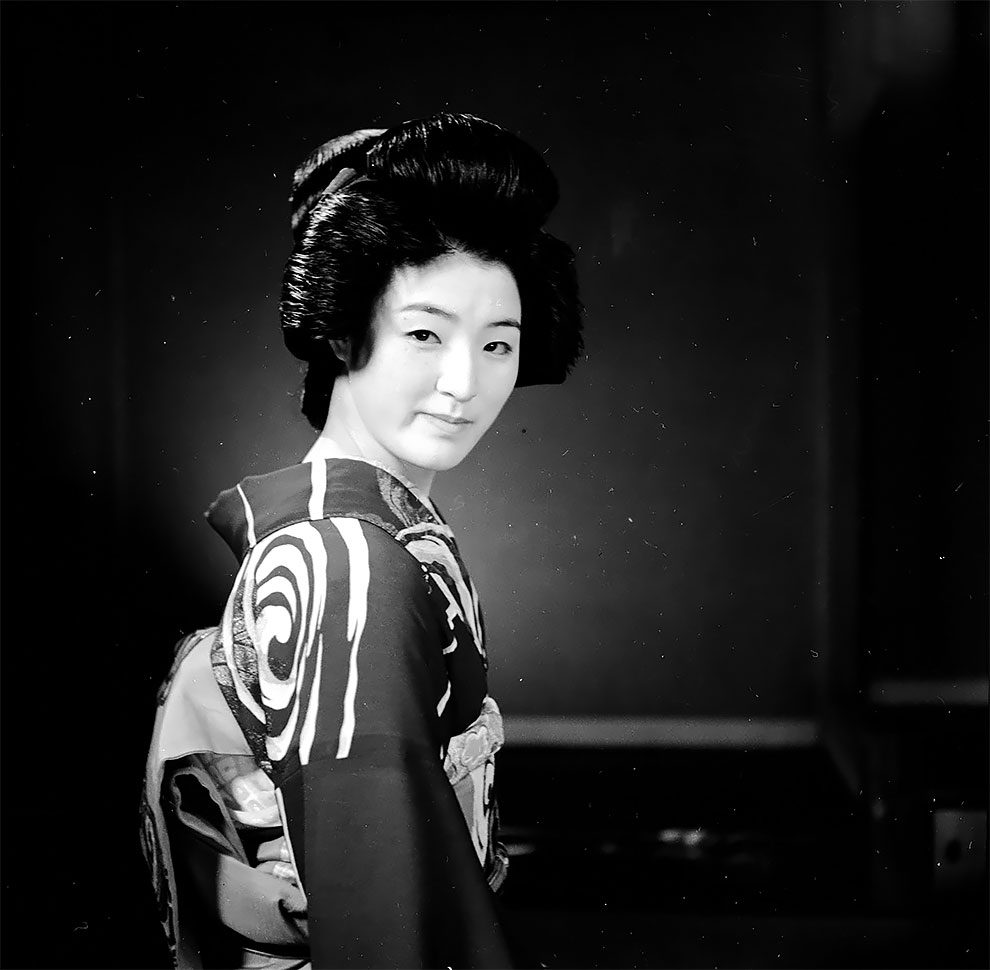 One simple reason for this, you can’t tie it yourself if its in the back, and if you’re a prostitute, your going to need to tie it and untie it throughout the day. The prostitutes often went by the name ‘Geisha girls,’ or ‘panpan girls,’ and they often serviced American military. Geisha DO NOT engage in paid sex with clients. They attend parties and tea houses, where they are the entertainment and hostesses. They pour tea, sing, dance, play instruments, and chat with the guests. In other words they are the life of the party and companions.

A group of Japanese Geisha girls in traditional costume, November 1937: 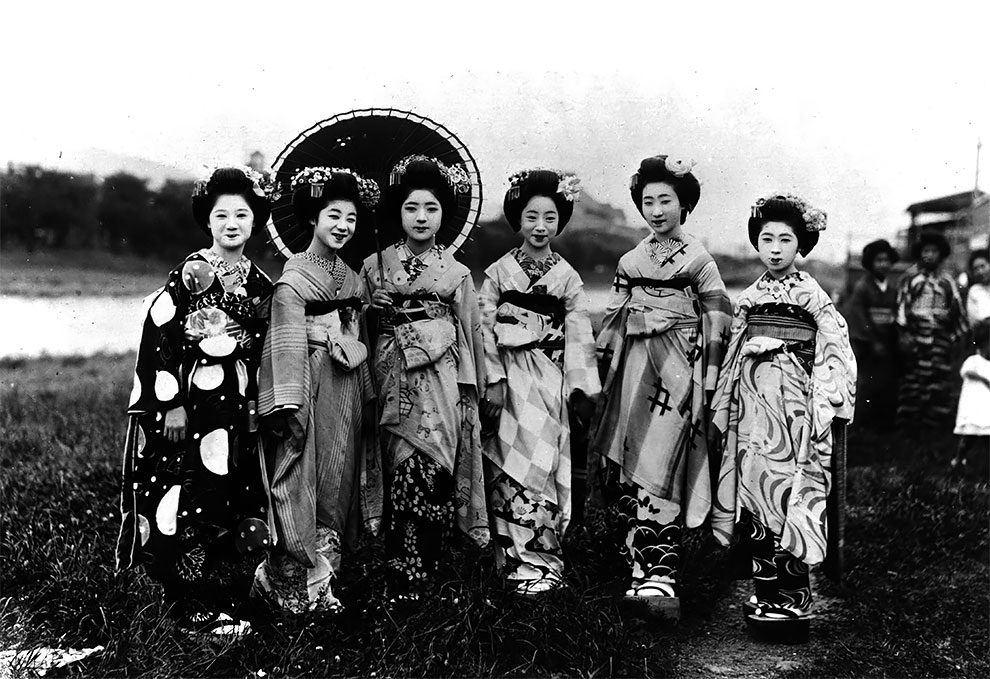 A child wearing a typical Japanase Geisha kimono sits in a Geisha pose, circa 1950: 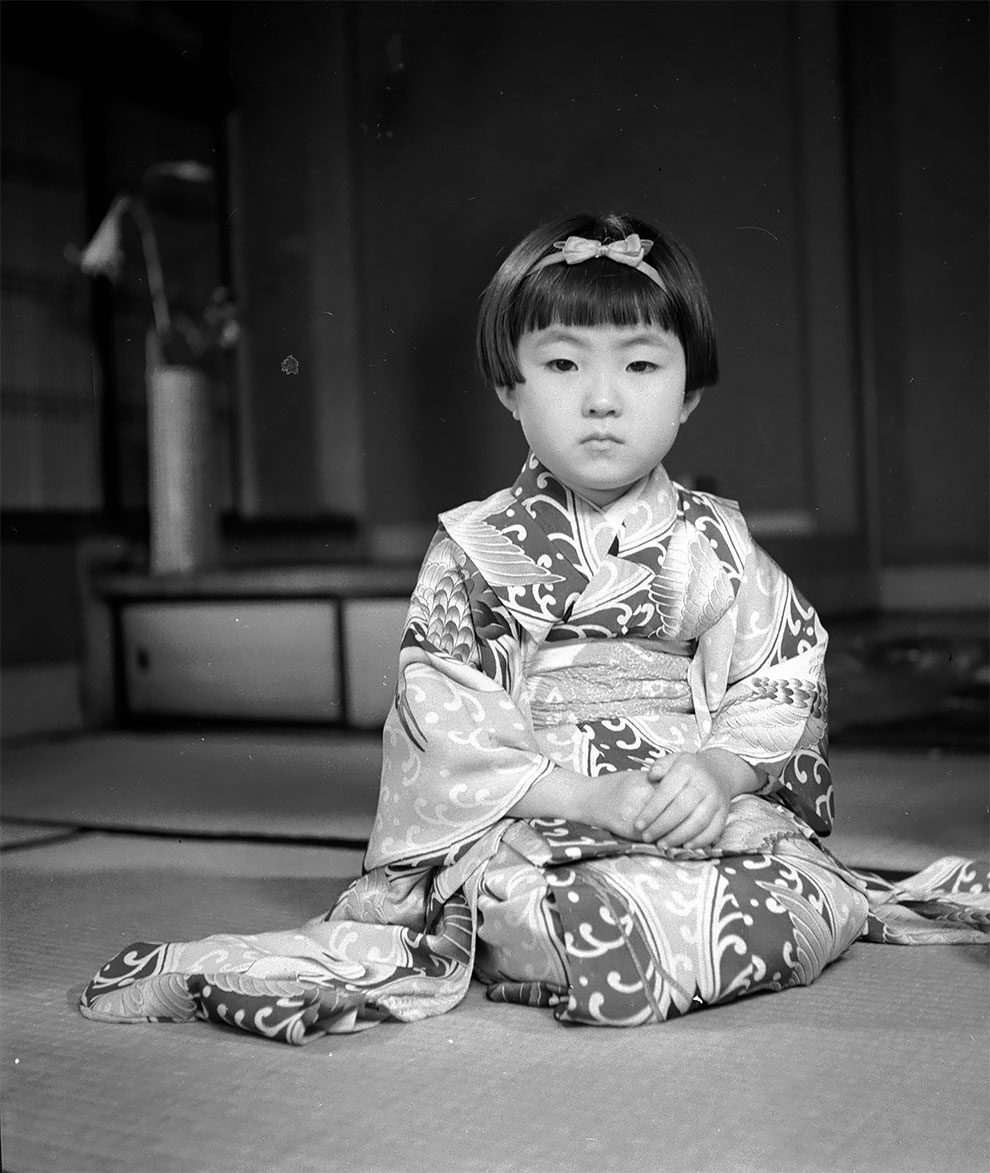 Japanese geisha girl without the traditional make-up, circa 1900:

A group of country Geisha and maids in a rural town, circa 1943. The spotted overalls they wear for protection when working in the fields or about the house are called Mampei: 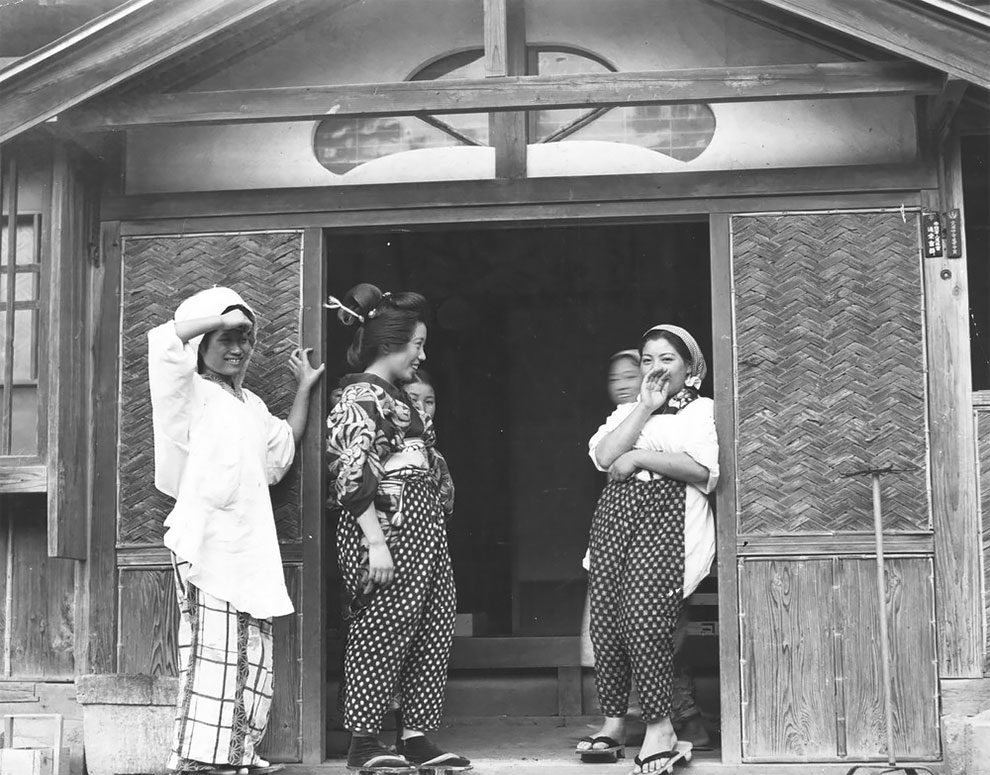 A western visitor enjoying the services of a Japanese Geisha Girl, circa 1955: 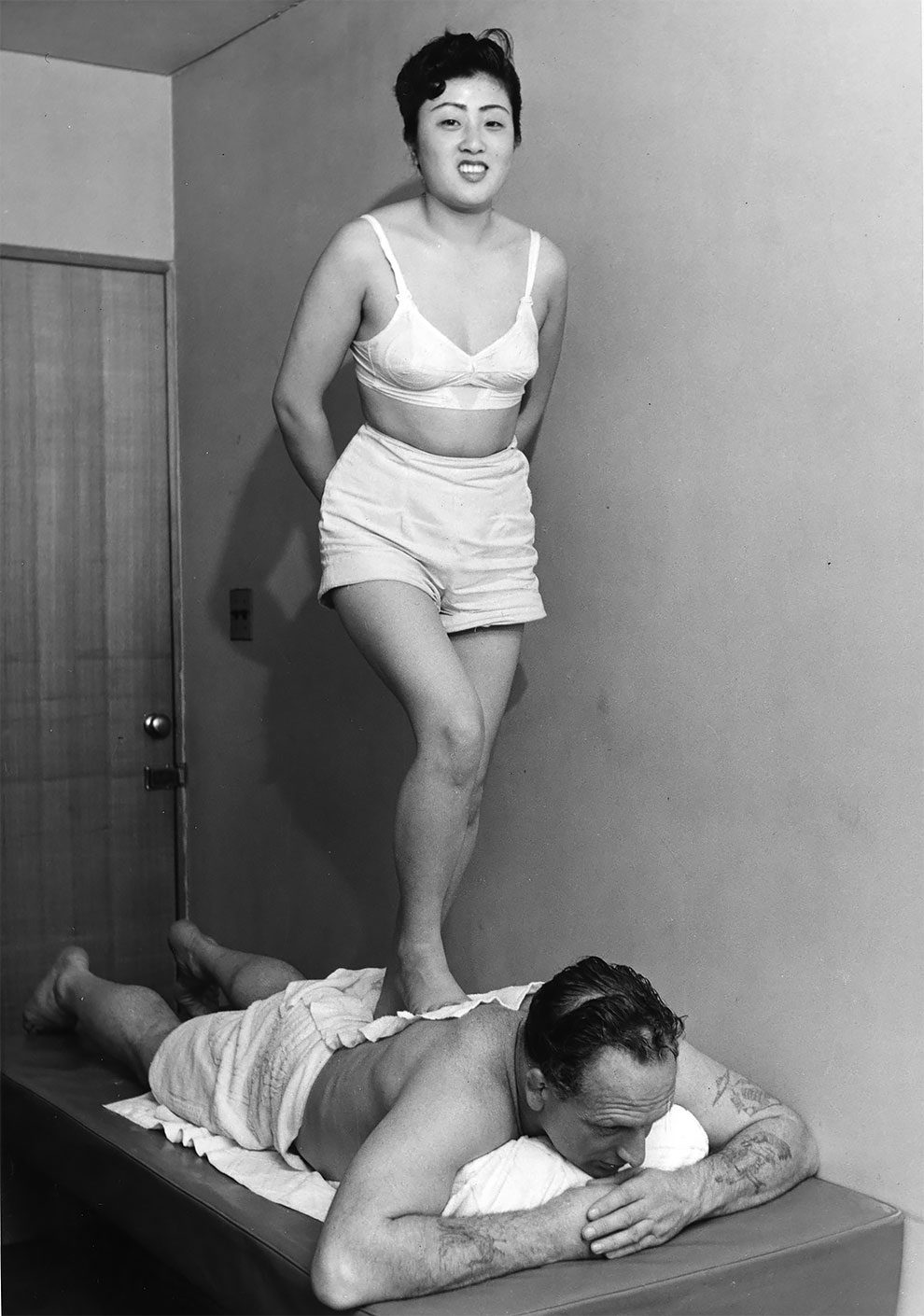 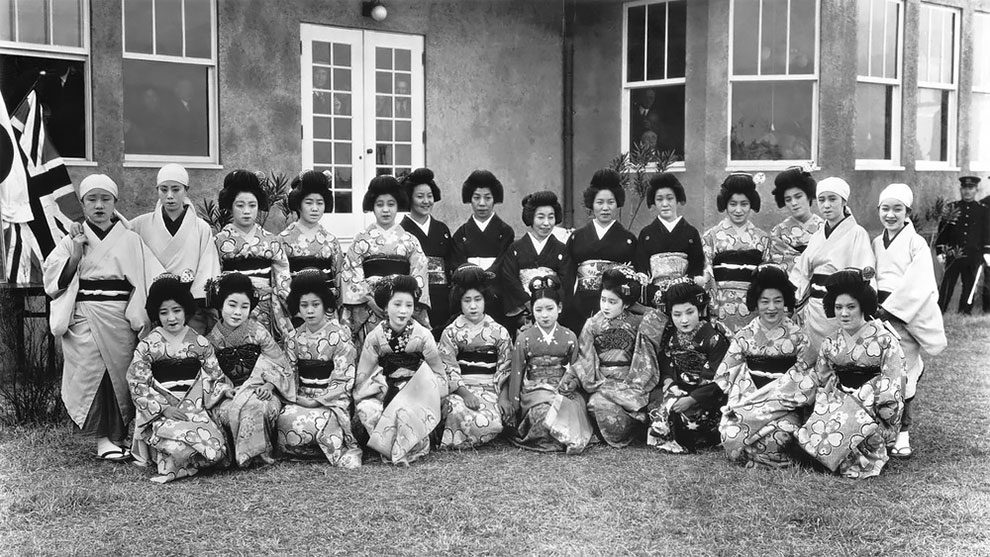 A geisha girl arranges her selection of footwear, circa 1955: 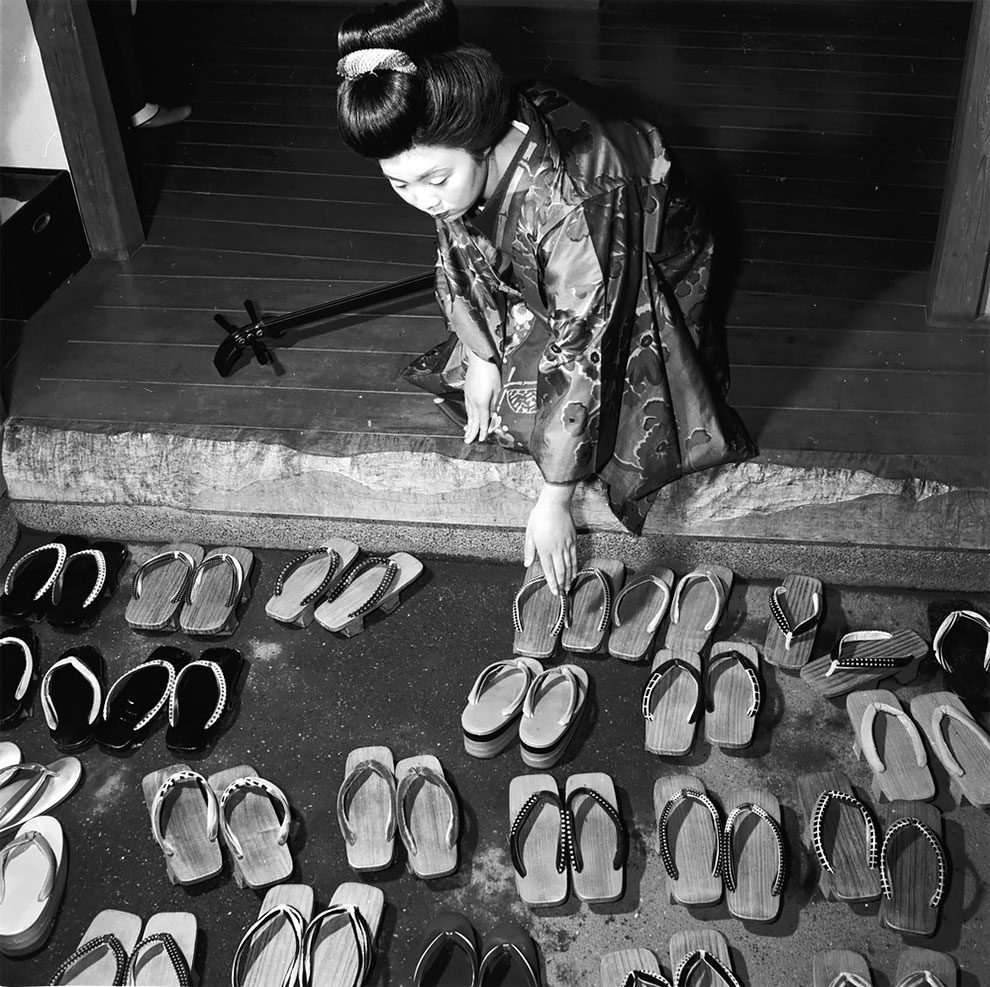 Geisha girls entertaining a group of men and ensuring their cups are kept full, circa 1955: 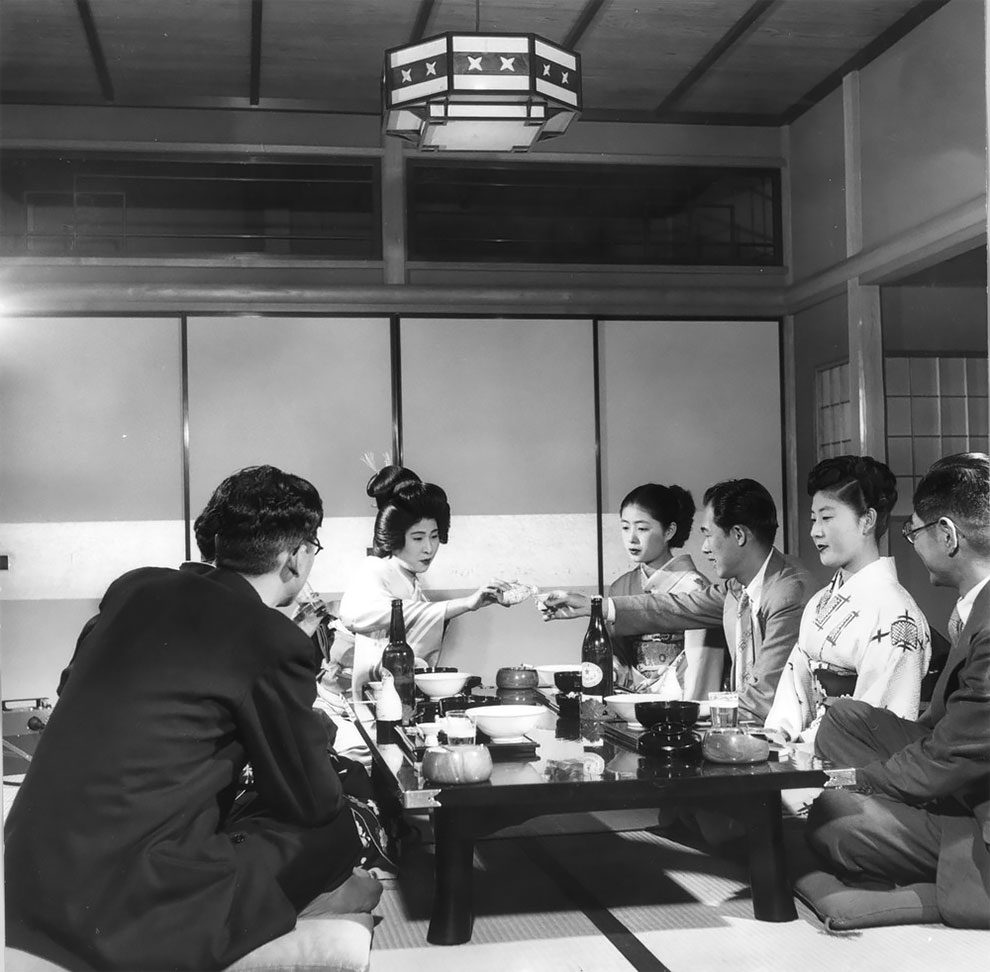 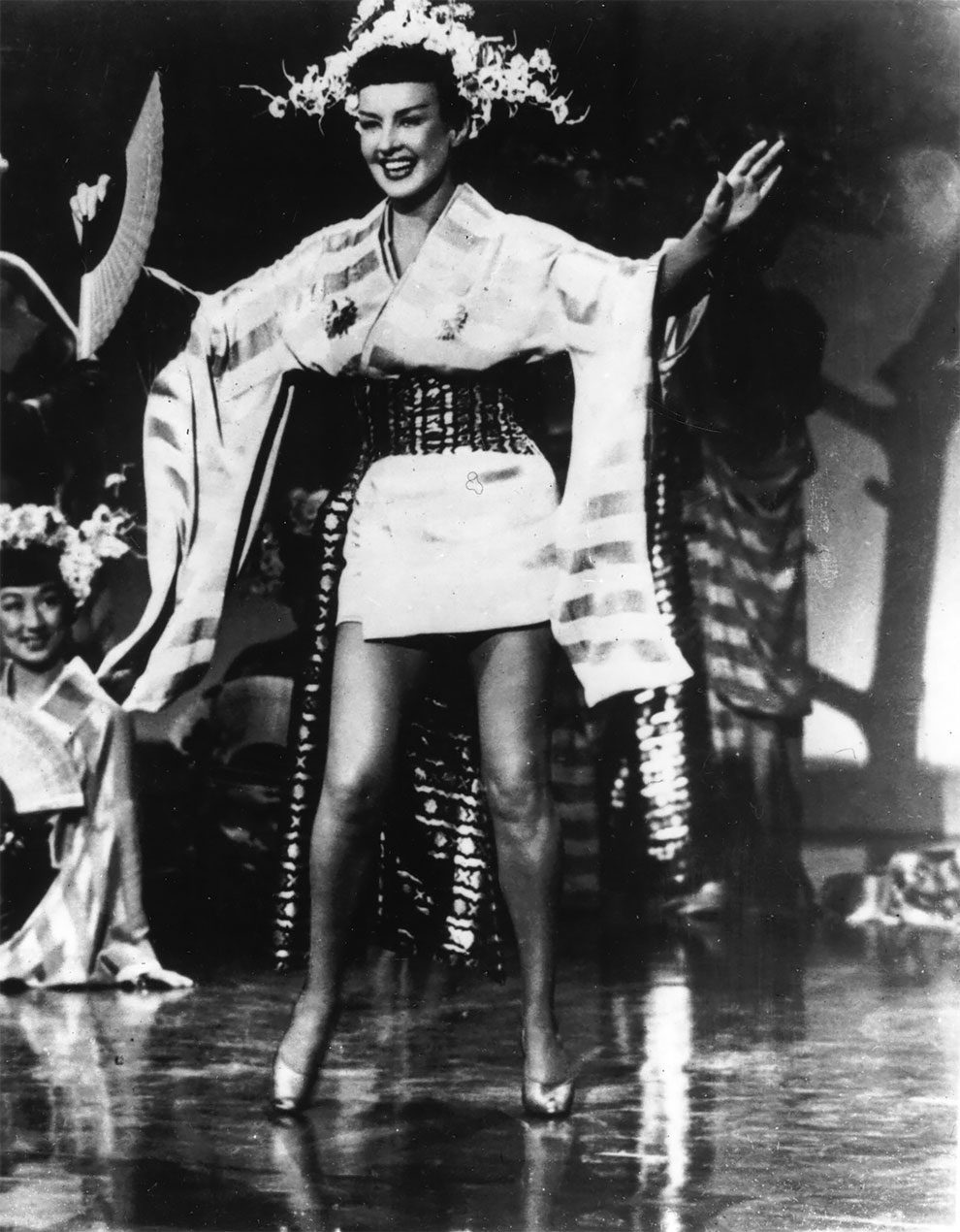 A Japanese Geisha wearing a kimono and sitting with her Samisen, a traditional string instrument, circa 1950: 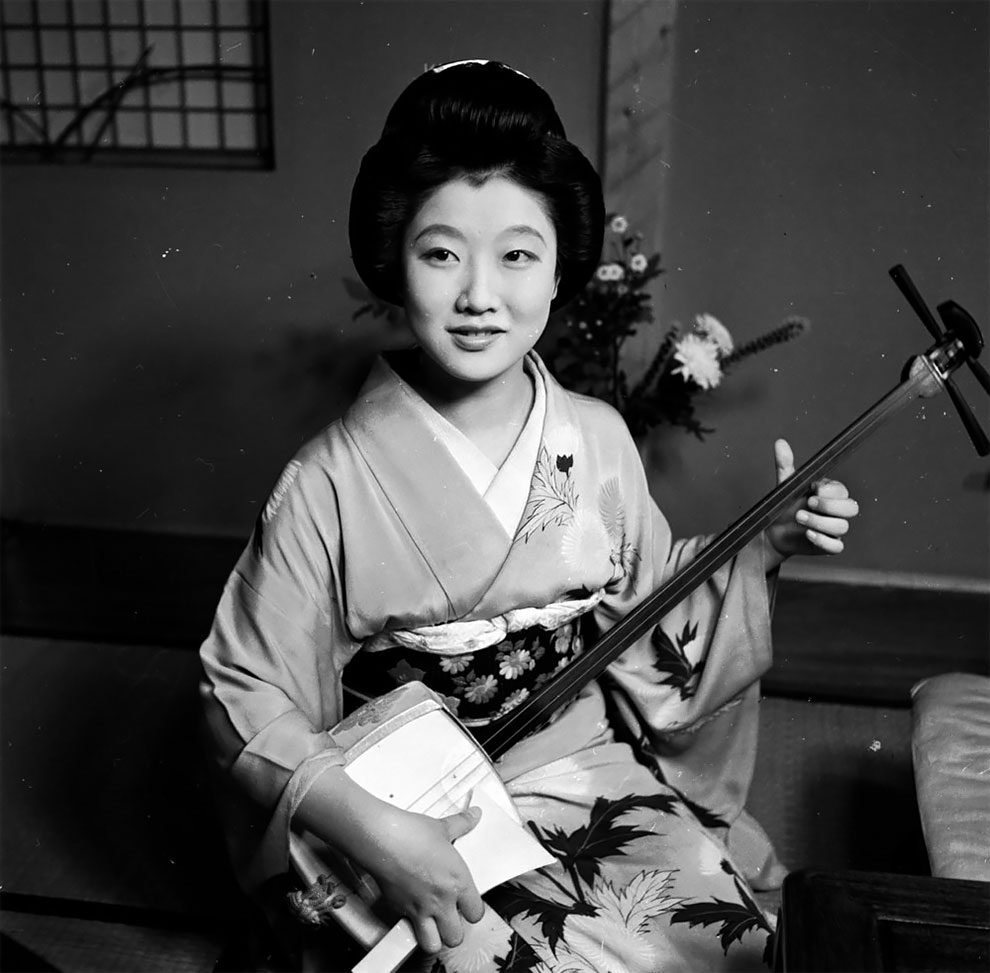 A Japanese geisha is carried through town during Osaka’s Yebisu Festival, 1928: 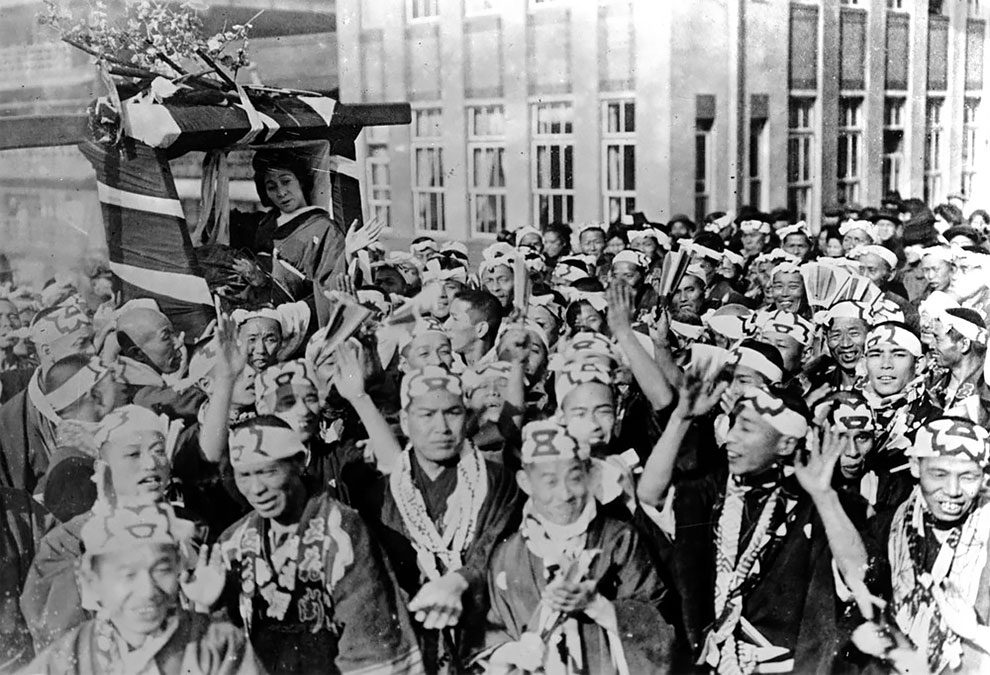 A Geisha girl pouring a drink for a visitor, circa 1955: 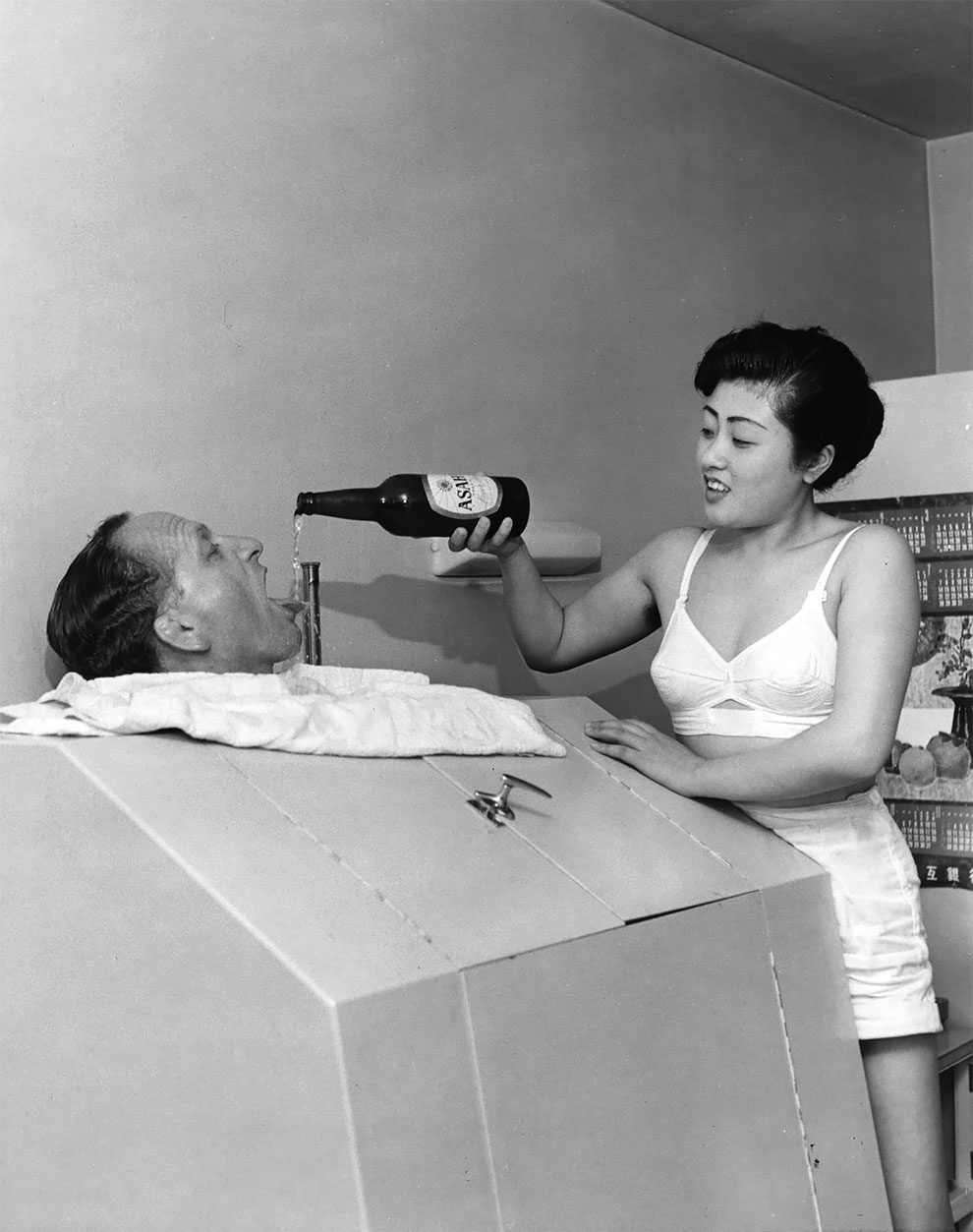 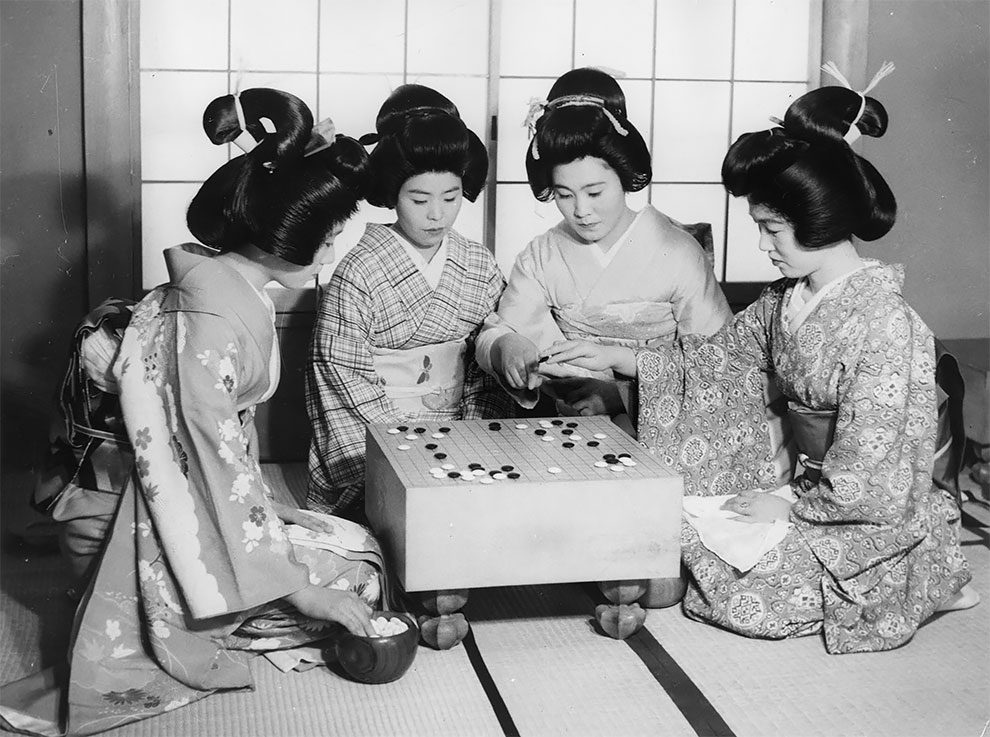 A geisha girl laughing shyly and politely at a joke, circa 1955: 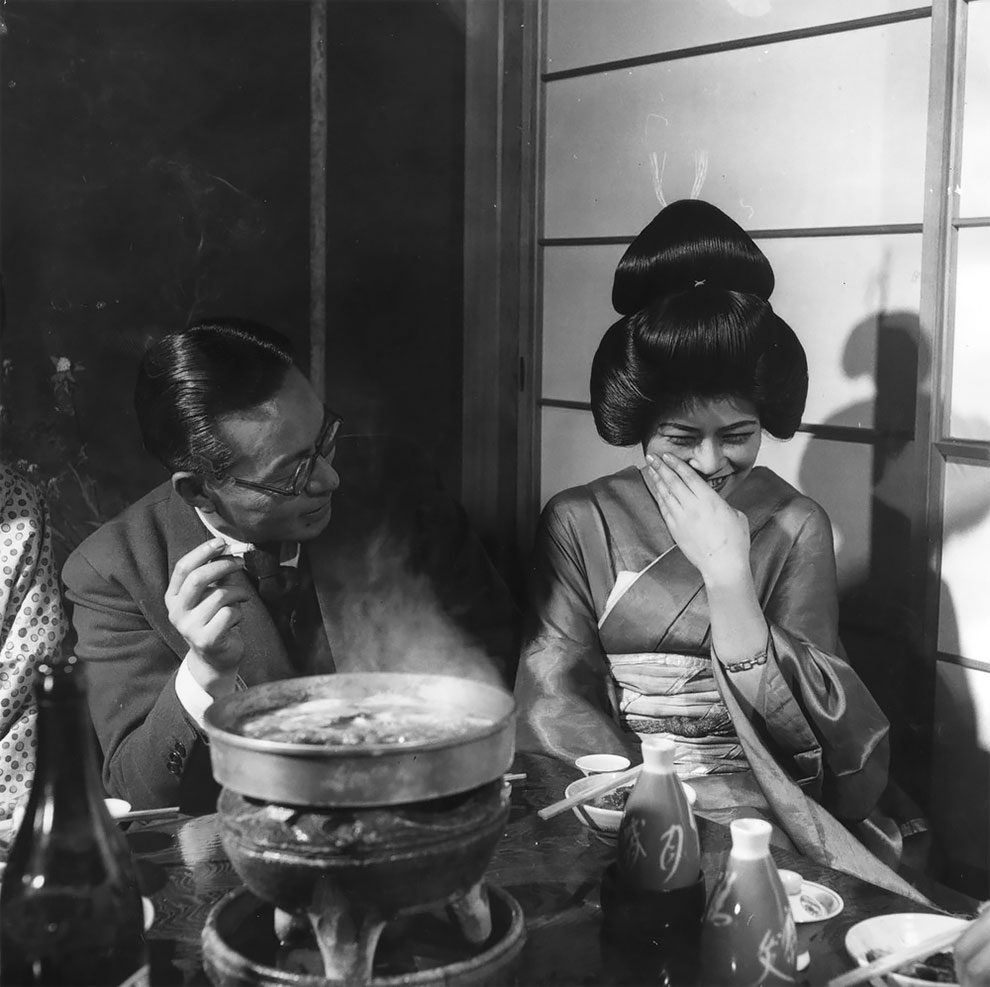 Japanese geishas form a trade union in an attempt to improve their working conditions, circa 1935: 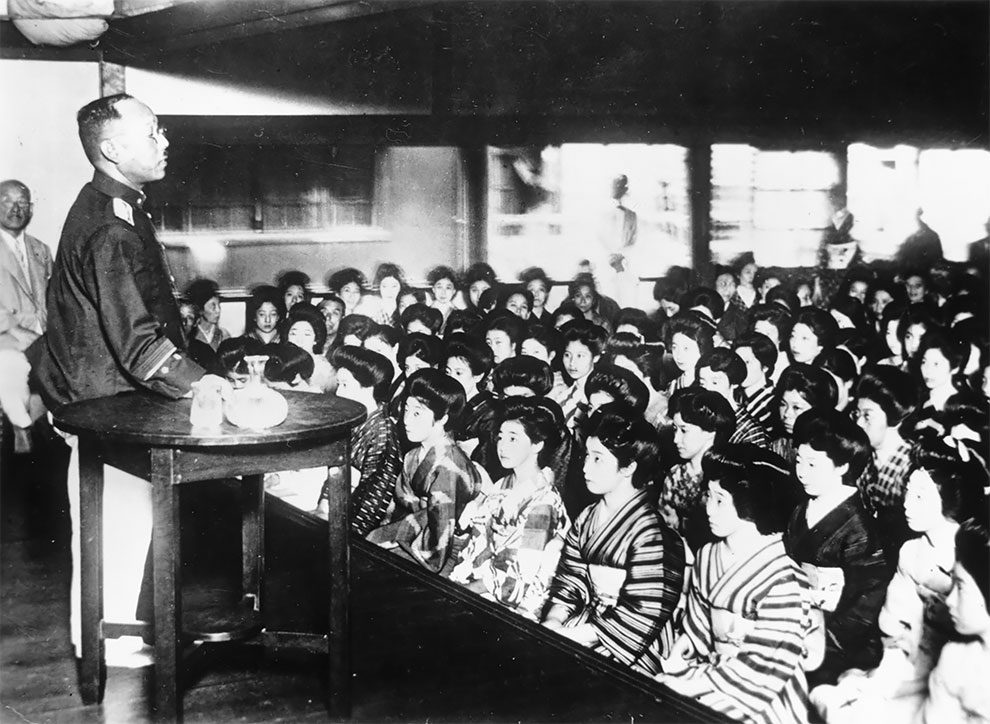 British born film actor Cary Grant (1904–1986) watches as an extra is taught how to walk like a Japanese geisha during the making of his new film “Madame Butterfly”, 1932: 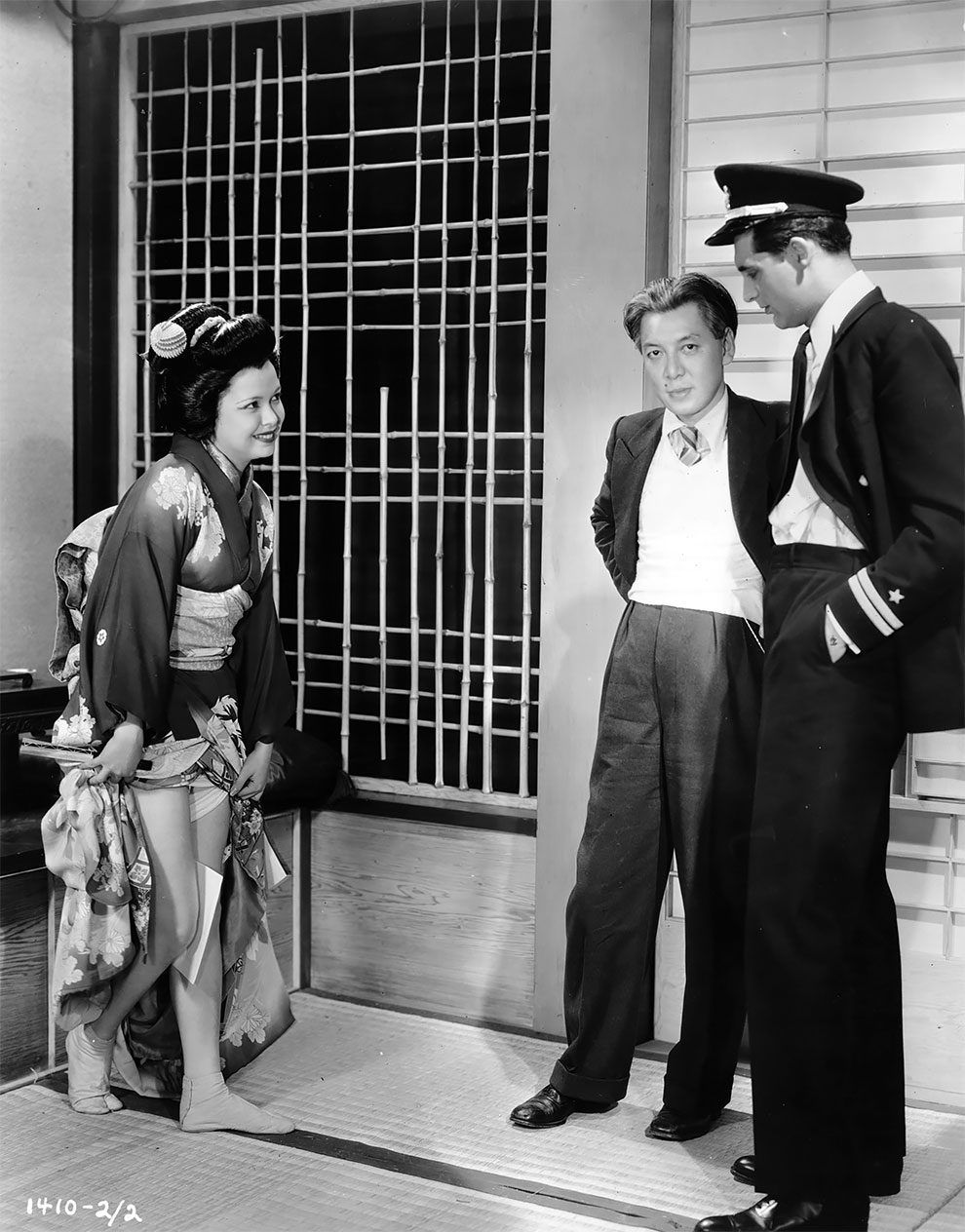 A Japanese courtesan or geisha, circa 1865: 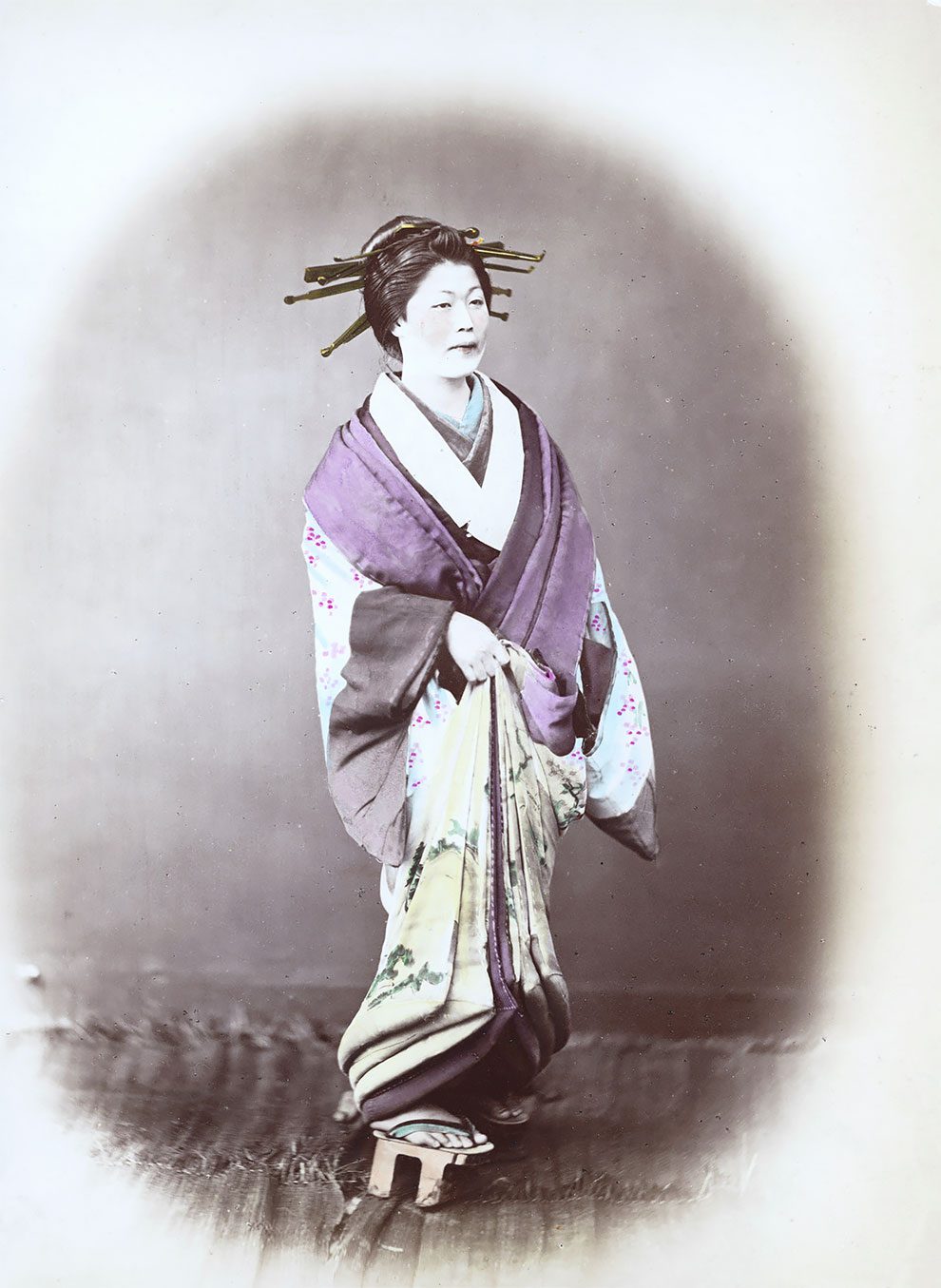 Japanese geisha girls without their wigs, circa 1950: 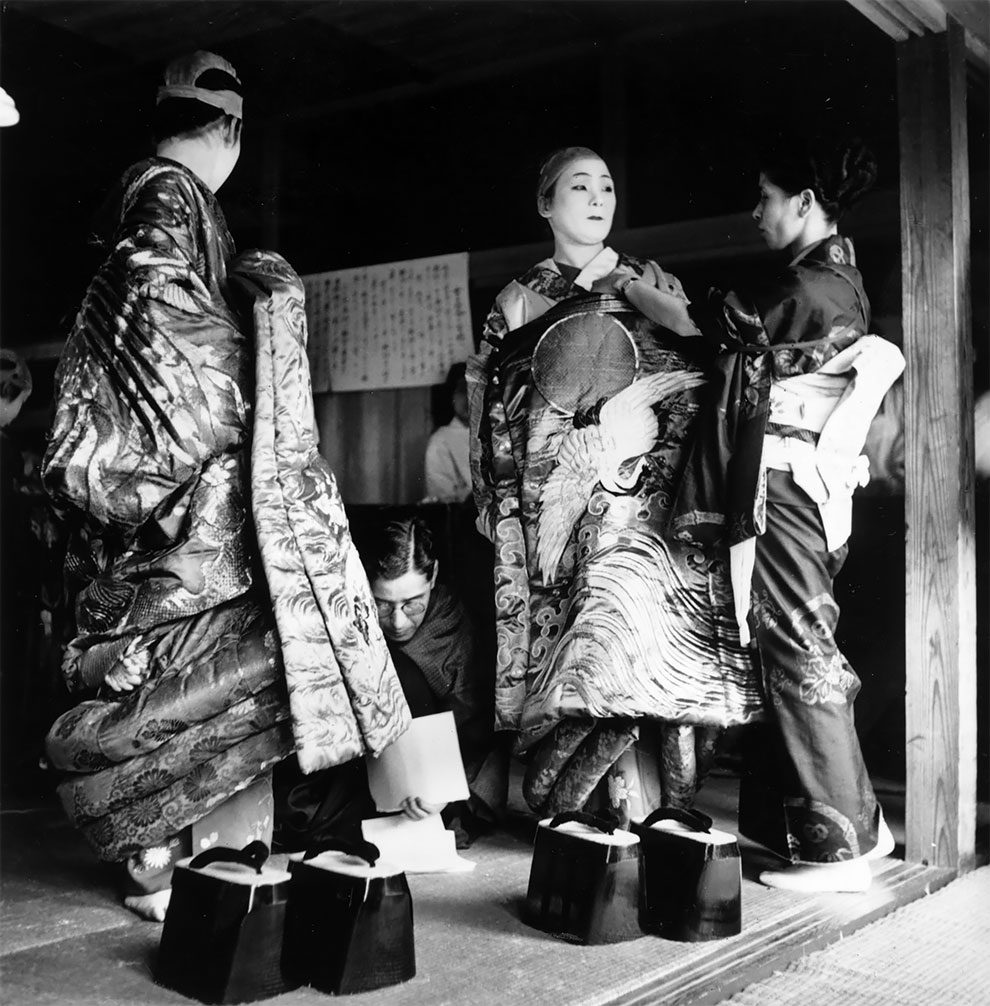 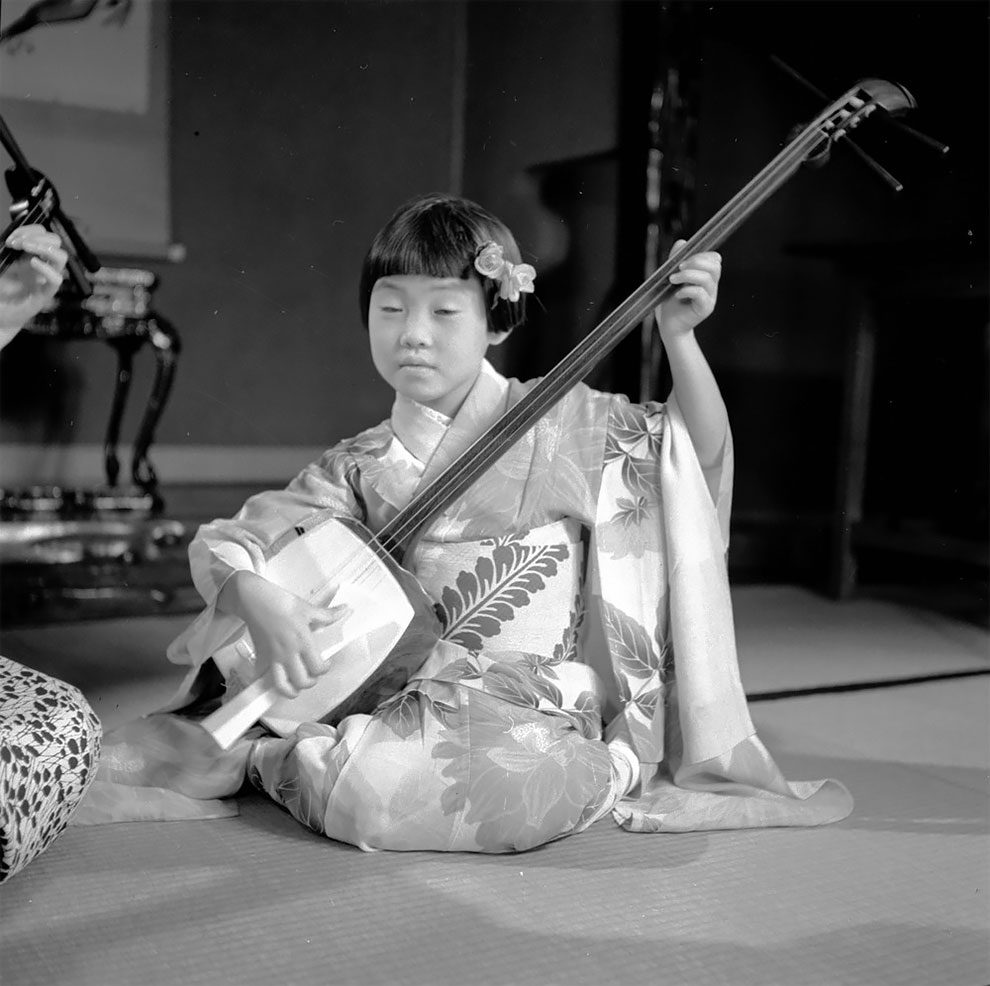 Japanese Geishas wearing Kimonos serve tea in a lounge on board a boat sailing on the Nagara River, circa 1950: 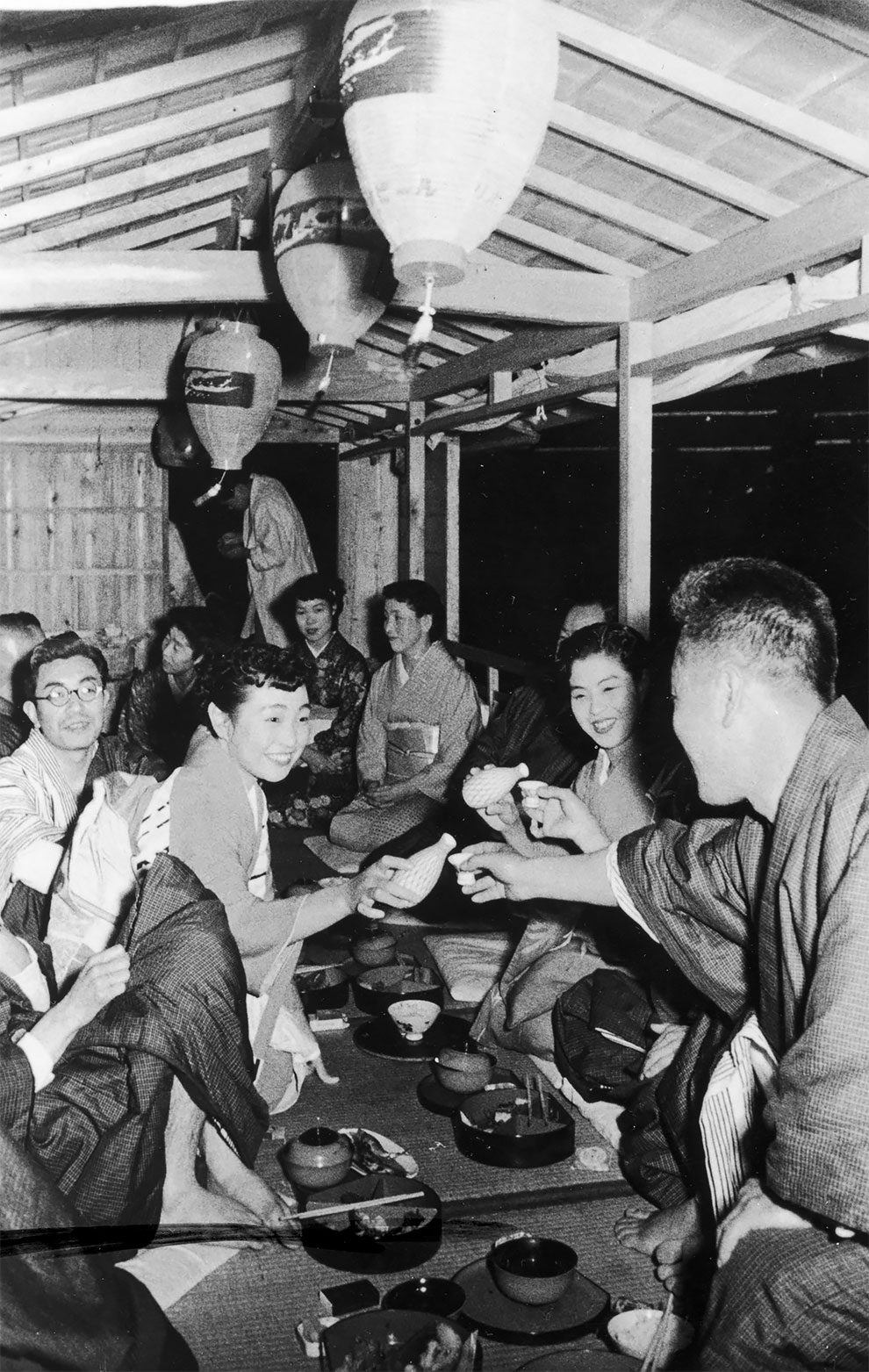 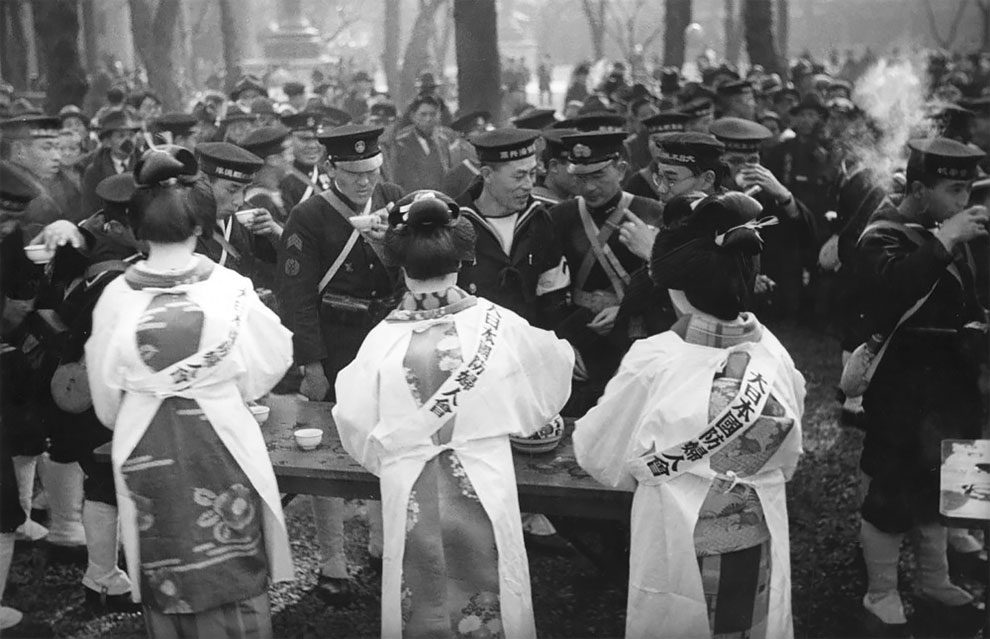 A geisha going home and passing a line of drying umbrellas in the alleyway, circa 1955: 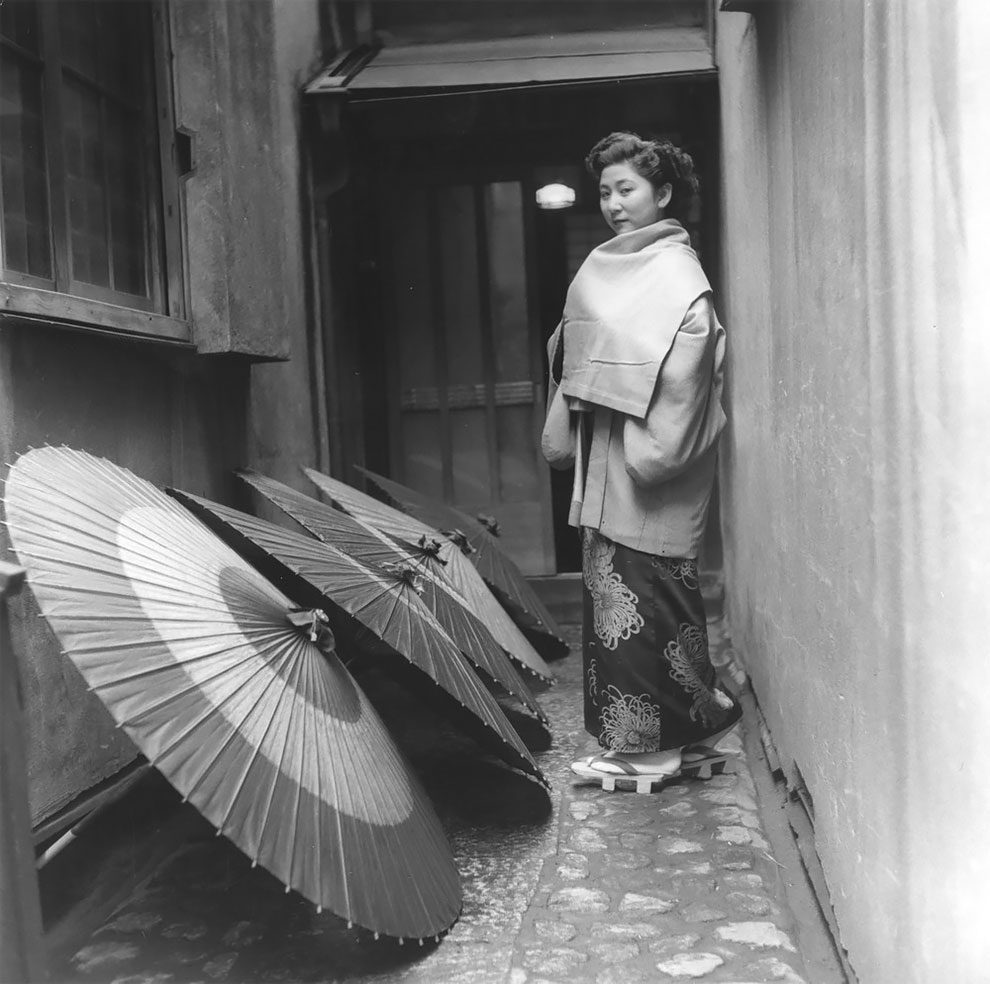 A group of geisha girls being instructed by their teacher, circa 1955: 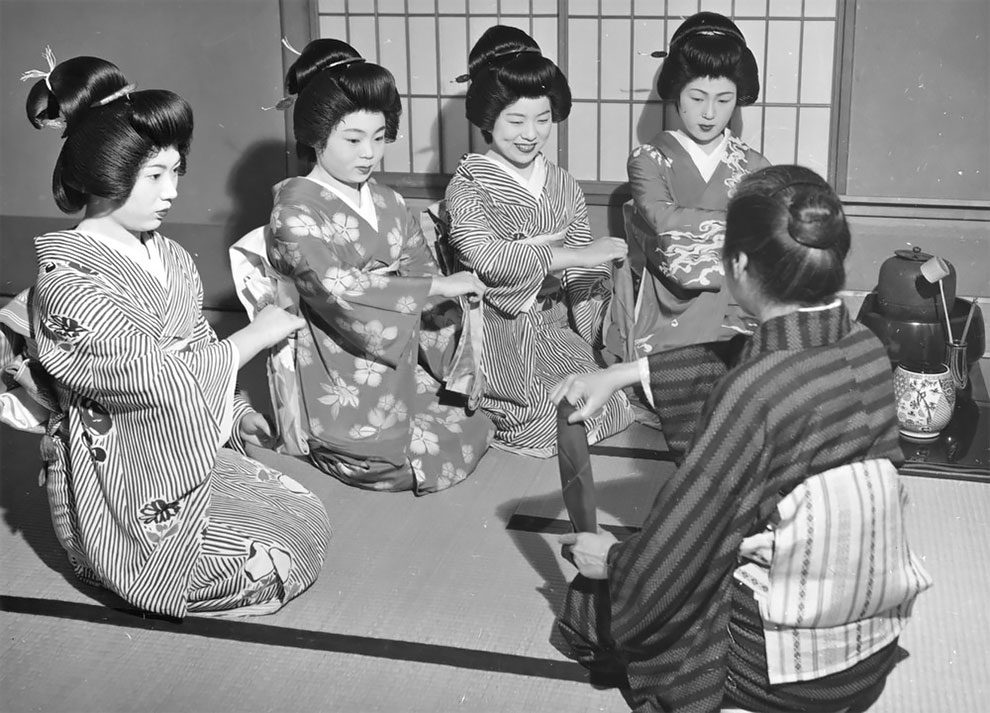