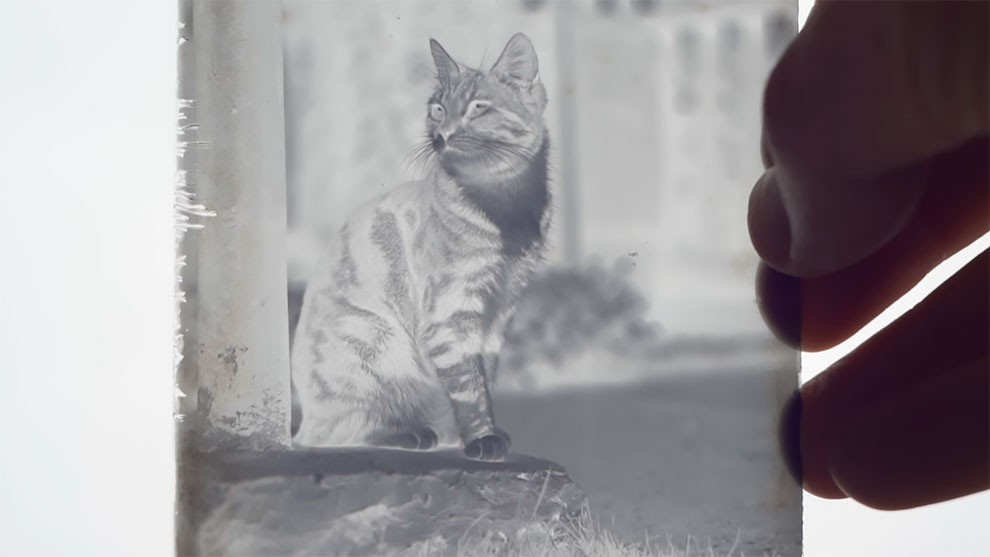 Mathieu Stern, a French photographer and YouTuber, recently found something interesting inside the basement of his old family home – a time capsule from the year 1900. Inside the hundred-year capsule, he found two sealed glass plate negatives and did what any curious photographer would do – he decided to develop them.

The man estimates that the time capsule is most likely over 100 years old. 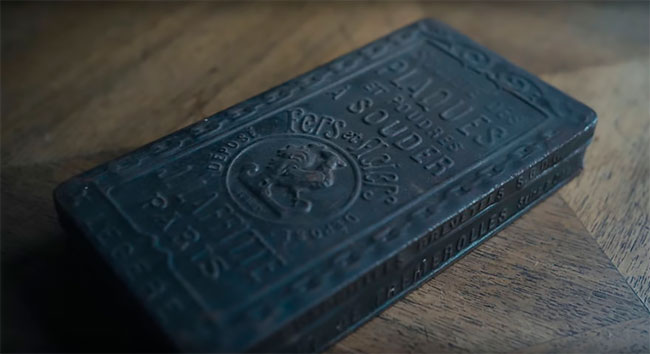 After his last YouTube video, a family member told him that there could be a time capsule hidden in their old family home. And lo-and-behold – there actually was!

There were all sorts of little trinkets inside but it was the two glass negatives that caught the photographer’s eye. 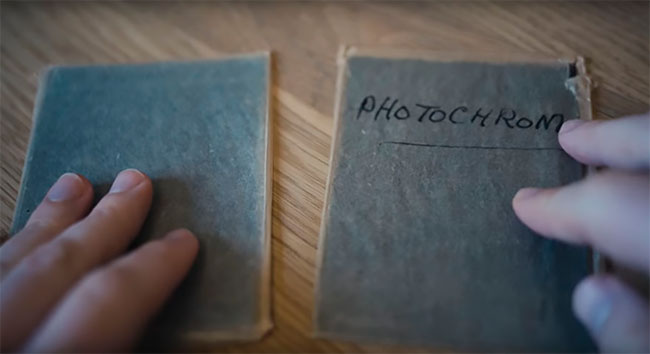 He used the cyanotype process to develop the negatives. 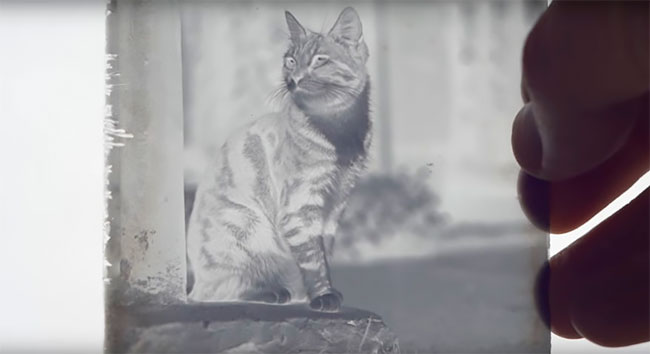 “After investigation, I found a box dating from around 1900 judging by the objects and the technique of the photos found inside,” said the man in his latest video. “So I decided to develop the images using the Cyanotype Process.”

First, Mathieu covered a piece of paper with cyanotype solution. 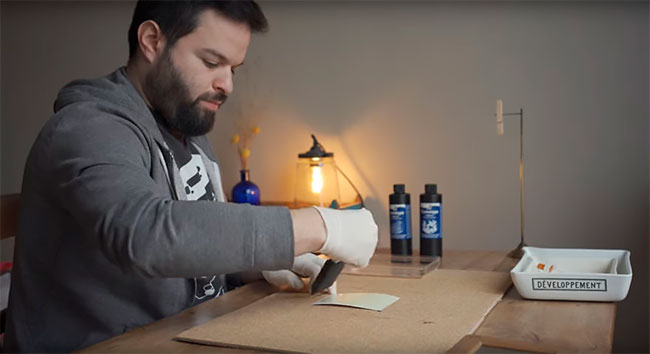 Then the man secured the glass negative on the paper covered with cyanotype solution in a wooden frame. 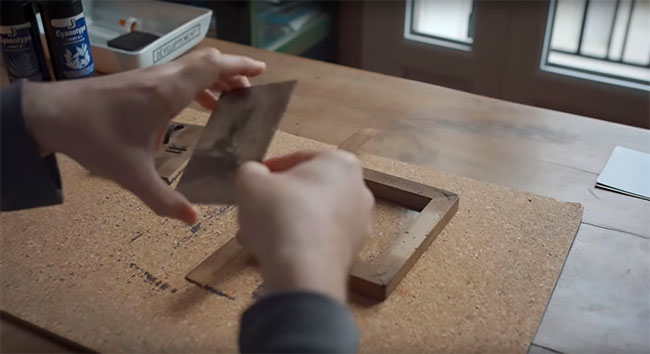 The framed setup was placed under a UV light and developed for about half an hour. 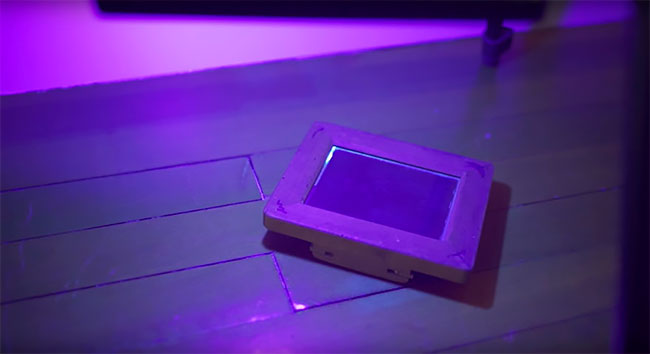 Then the photo paper was soaked in water and finished off with hydrogen peroxide. 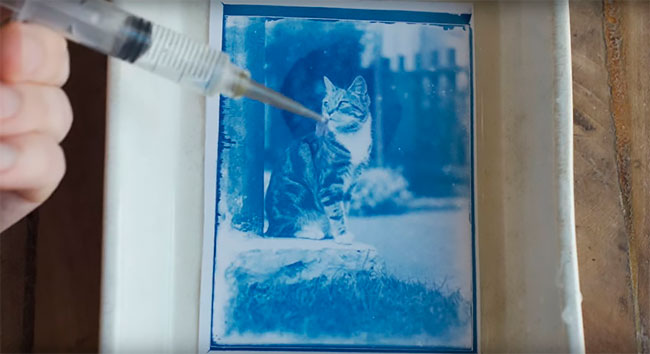 And voilà! – a 120-year-old cat photo right before your eye. 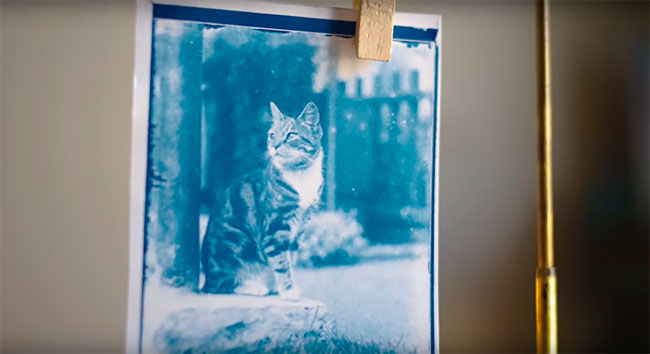 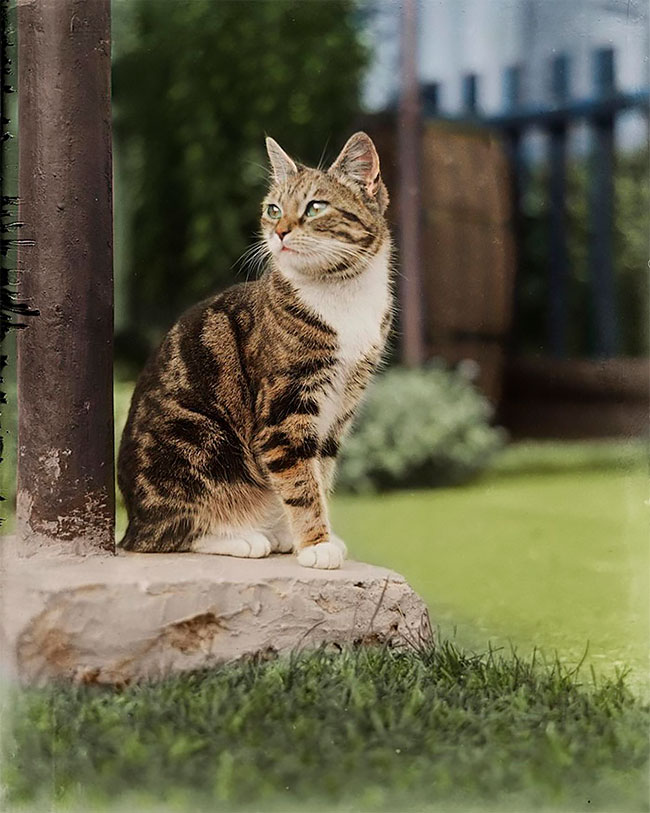 He repeated the process for the second negative. 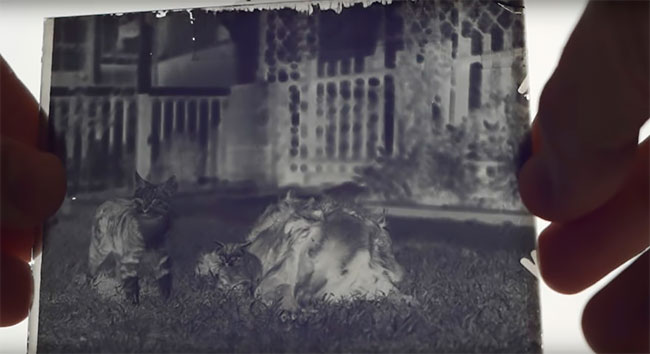 And produced another cat photo! 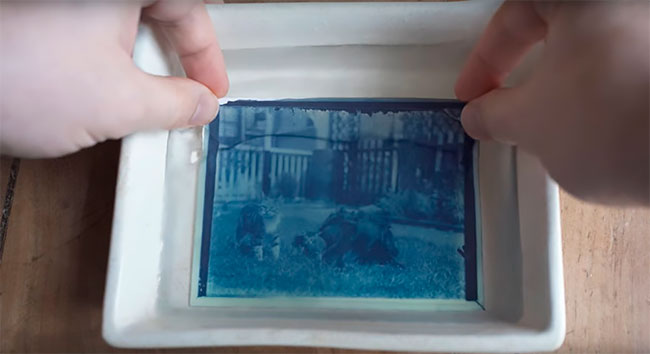 This time it revealed one more kitten along with an adorable puppy. 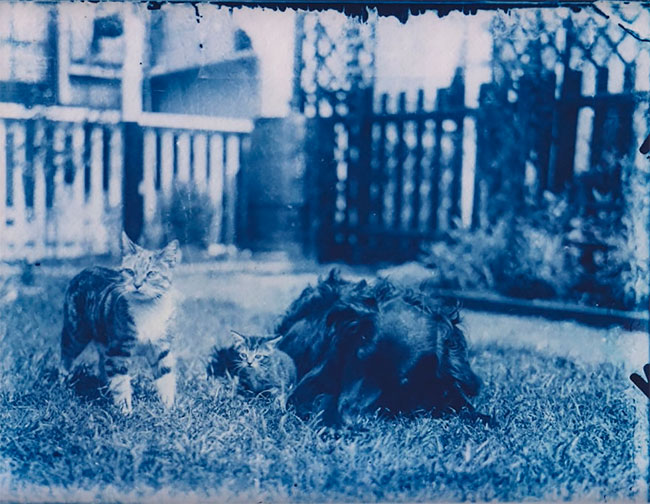