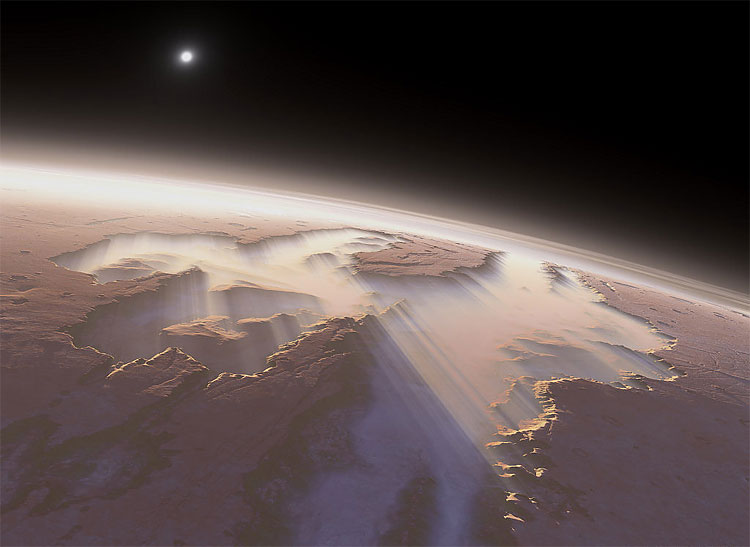 Just to the east of the great volcanoes on Mars is a system of canyons called Valles Marineris, “Mariner Valleys”, named after the Mariner 9 spacecraft that discovered it. 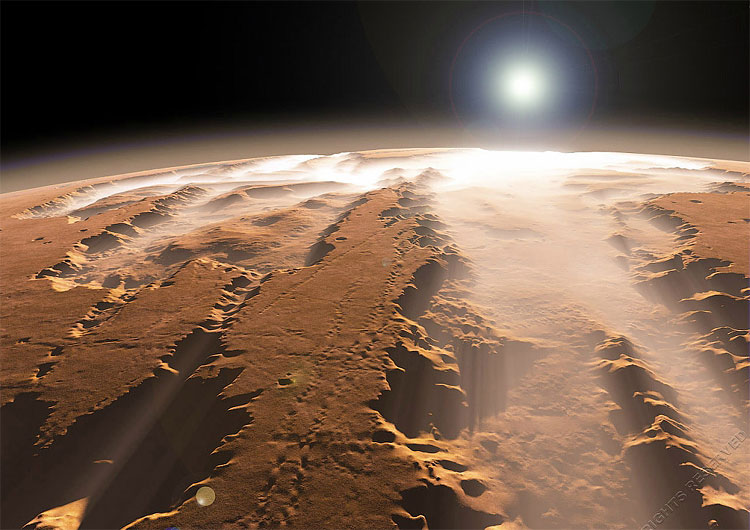 The system begins as a complex of intertwining canyons and valleys called Noctis Labyrinthus—”Labyrinth of the Night”. East of this, the system merges into the greatest canyon known in the solar system. 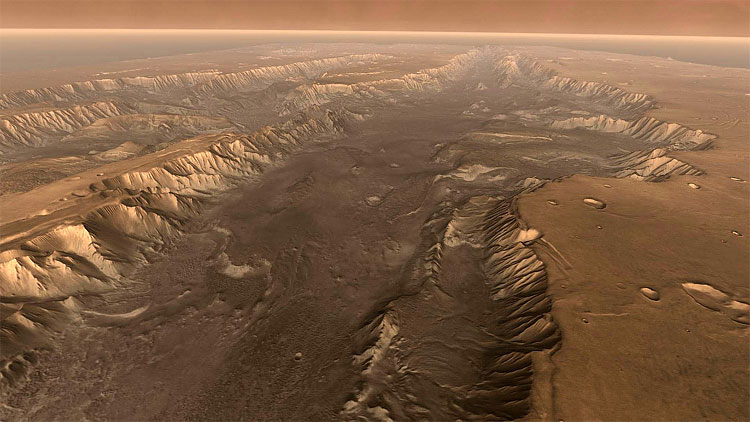 While Earth’s Grand Canyon stretches across the northwestern corner of Arizona for 280 miles (450 km), Valles Marineris would stretch across the entire United States from the Atlantic Ocean to the Pacific Ocean. 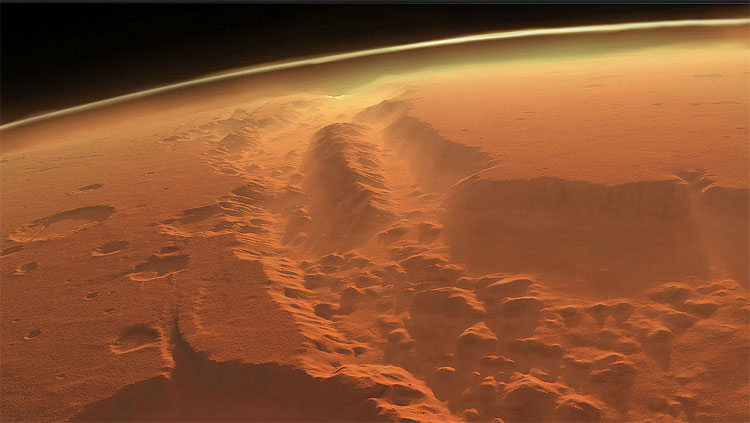 With a depth of up to 3 to 4 miles (5-7 km) it is about four times deeper than the Grand Canyon. Valles Marineris is so long that when one end has moved well into night, the other end is still in daylight. 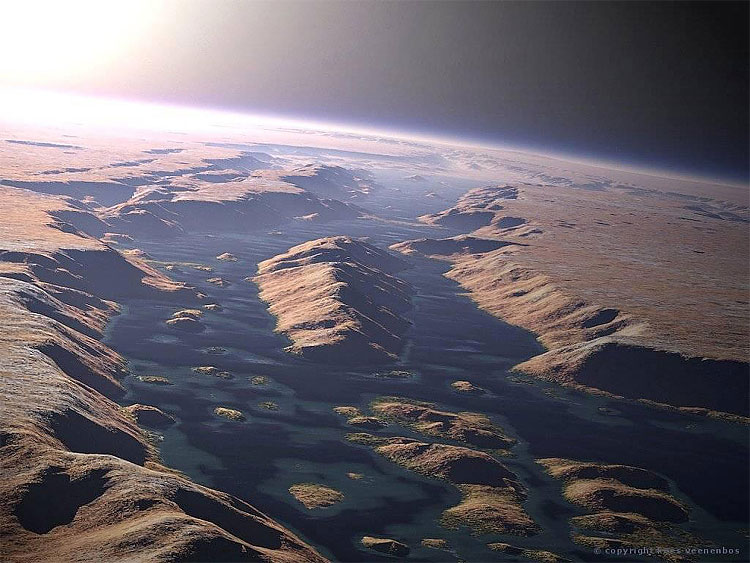 The difference in temperature this would cause might result in powerful winds tearing down the length of the canyon. 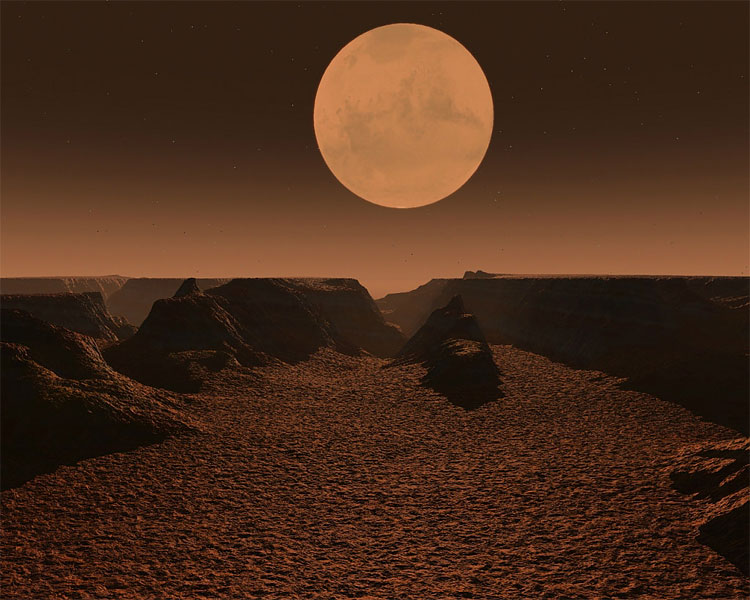 The canyon is so wide in most places that if you were to stand on one rim of it you would not be able to see opposite side. 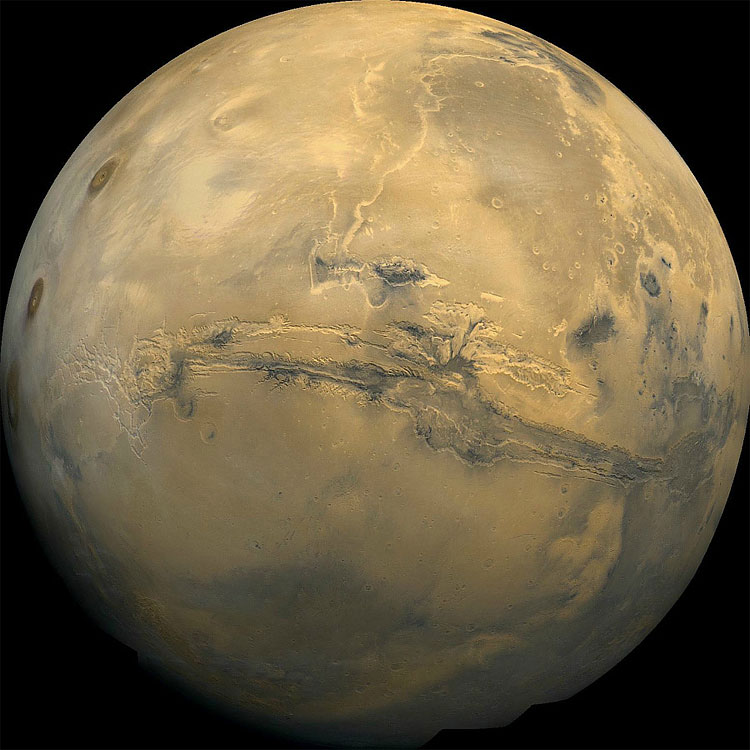 It is not really fair, however, to compare Valles Marineris to the Grand Canyon. It has not been carved out by water, as the Grand Canyon was on Earth, but is the result of enormous blocks of the Martian crust moving apart. 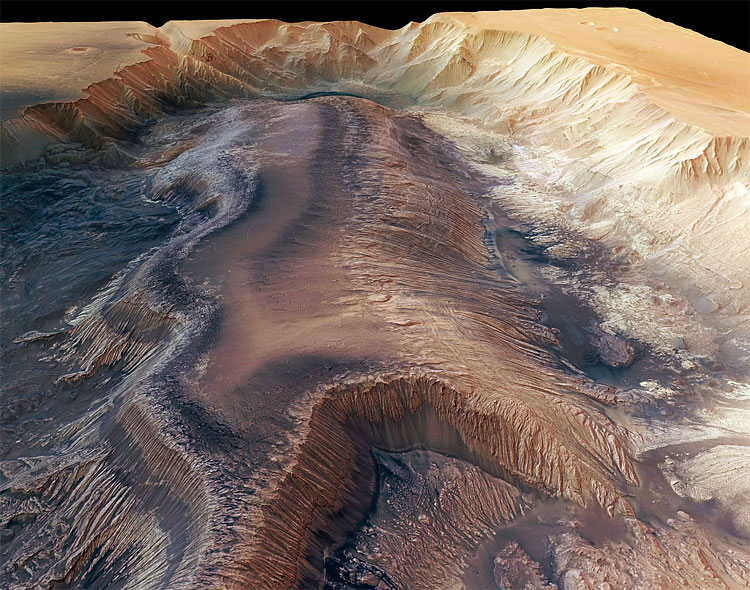 Many millions of years ago the opposite walls of the canyon were touching. It would be much more accurate to compare it to features on Earth such as the Red Sea, the Great Rift Valley of Africa or—perhaps best of all—the Atlantic Ocean.

Fascinating Color Pictures of Life in My Tho, Vietnam Taken By a GI in 1969
How To Recognise Clouds – The International Cloud Atlas, 1896
Sand Sculptures Exhibited at Tottori Dune
A Photographer Took Glorious Colour Photographs Of London In Early 1970s
Photo of the Day: The Holy Bath
Beautiful Colorized Photos of Helsinki, Finland in the 1930s
A Photographer Compares Portraits of Cats and Their Owners, and the Results Are Too Similar to Be Ignored
Surreal Self-Portrait Photo Manipulations By Annegien Schilling
Russian Silver Age Poet Sergey Yesenin Become An Instagram Star
Cool Snaps Show What Badass Girls Looked Like In The 1940s
2007 ‒ 2022 by Design You Trust. Proudly hosted by WebHostingBuzz.
Privacy Policy · Terms of Service · Content Removal Policy ❤️ 🇺🇦