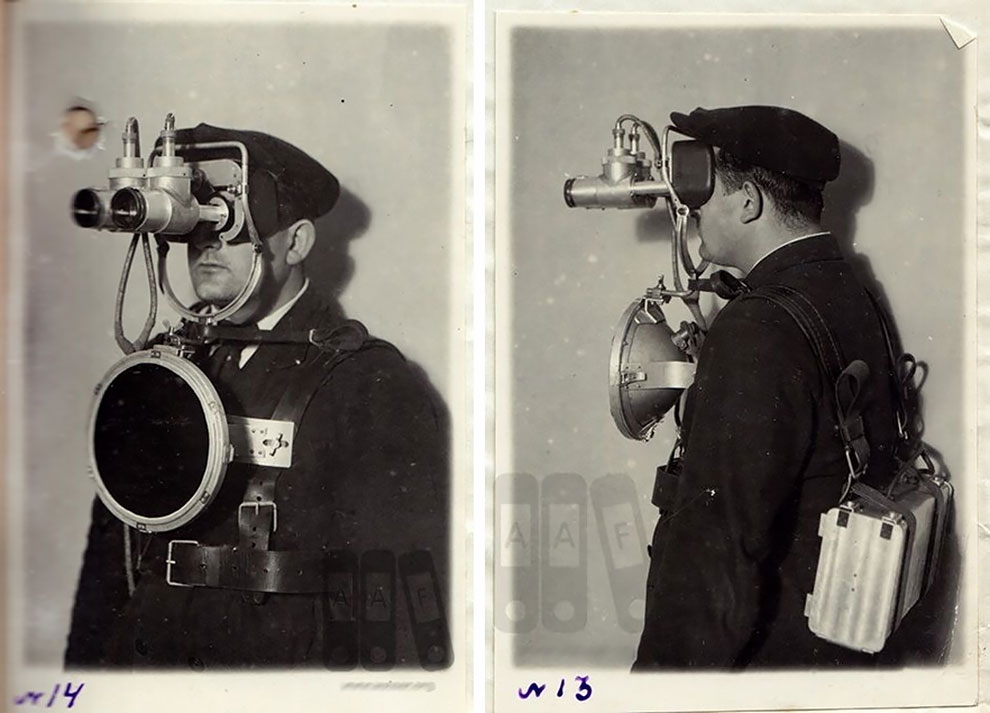 First Soviet night vision goggles appeared in early 1940s during first days of Russia joining World War 2. And those are the first prototypes of those, some were car mount some were portable.

First goggles were installed on GAZ-AA truck. It looked like a binocular with an electronic-optical light convertor. On top of the lorry they had a 250 watt infrared headlamp. Infrared sensors on the binoculars were converting the reflected light into a visible picture. It was powered by set of batteries inside the truck.

And a portable version worked on similar principles. Every element had straps for body mount installation. It was 10 kg additional weight. He had a same headlight from GAZ-AA truck on his chest and a battery pack on his back.

Those were planned to be used by scouts, secret service agents and saboteurs. Also, looking on this early prototypes we can easily understand why they were called goggles. 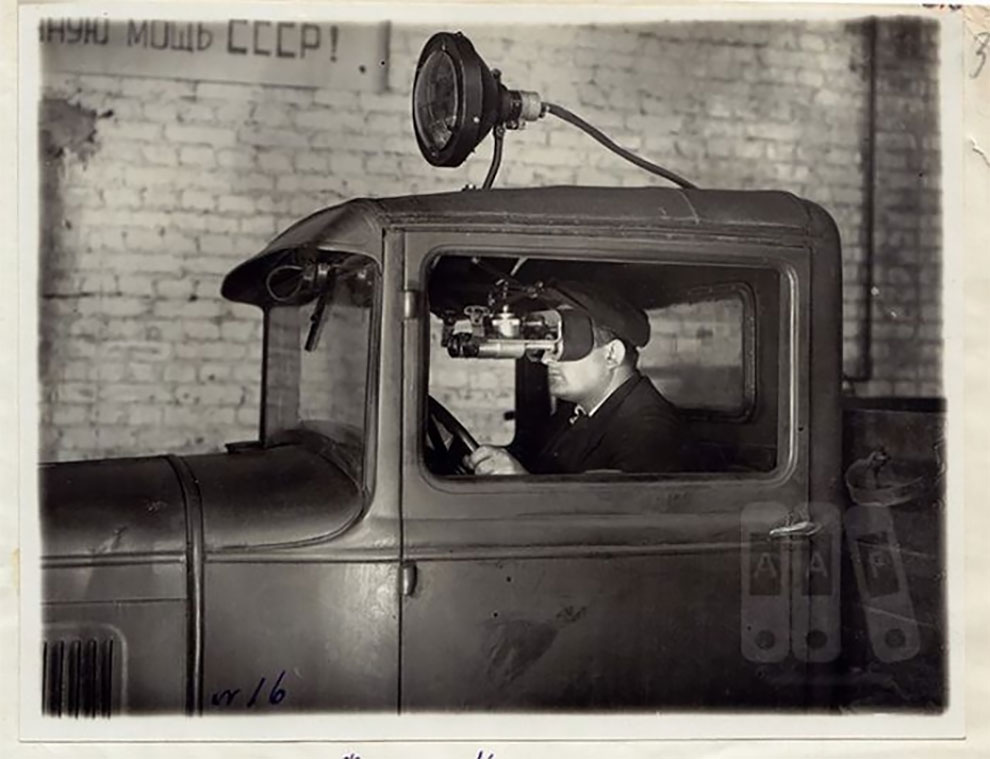 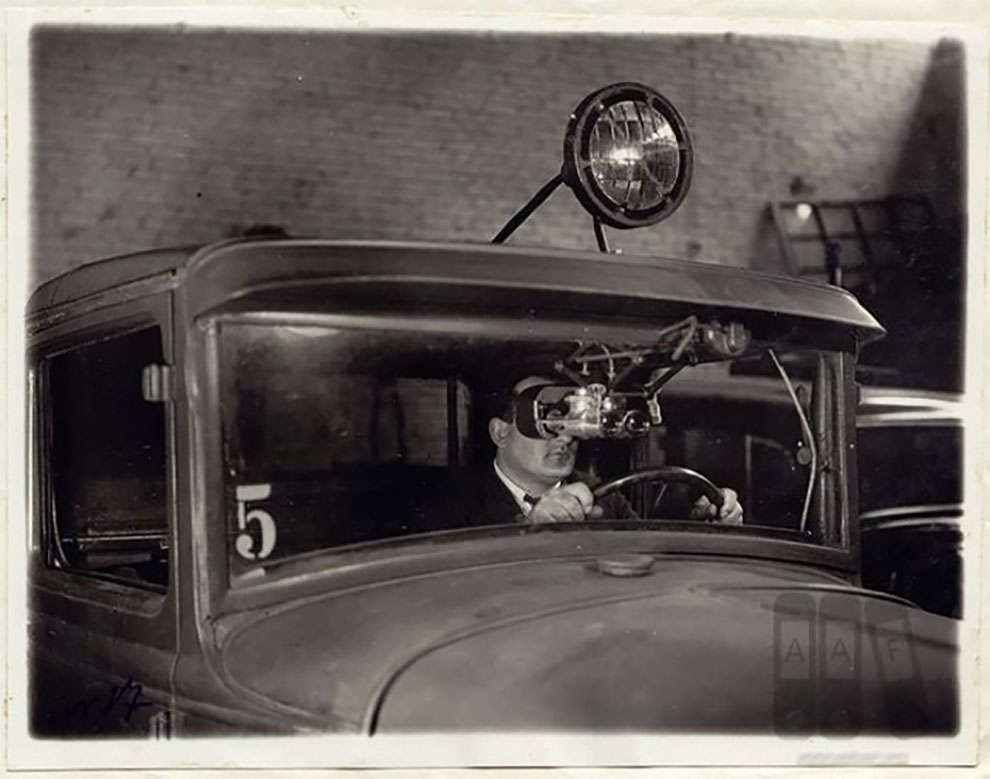