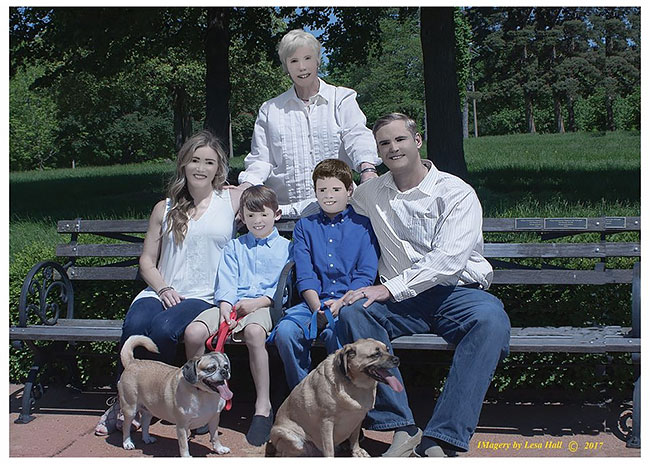 A Missouri family has shared the hilarious results from a ‘professional’ photo shoot that went horribly wrong. In May 2017, the Zaring family was contacted by a middle-aged woman who marketed herself as an experienced professional photographer.

It wasn’t until months later that the photographer reached out to Pam and said she was done editing the photos.

“Ok. This is NOT a joke. We paid a photographer, who claimed to be a professional, $2-250 for a family photo shoot. Please see these FOR REAL photos she delivered to us….She said the shadows were really bad on the beautiful, clear, sunny day and that her professor never taught her to retouch photos. Feel free to share. I literally have not laughed this hard in YEARS!!!!! You can’t make this stuff up…..again, this is NOT a joke – final product,” Pam and Dave Zaring wrote on their Facebook.

According to Pam, the photographer claimed her professor never taught her how to retouch photos and offered to re-shoot the images. Pam said she has asked for the original photos, but she doesn’t want a refund. In fact, she hopes the photos can be an icebreaker in the insurance office, where she and her husband both work. 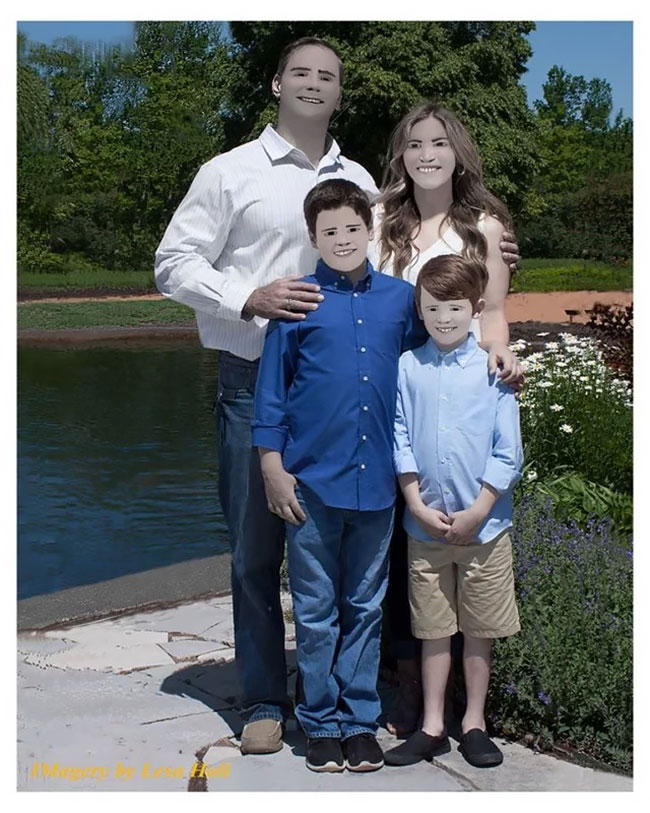 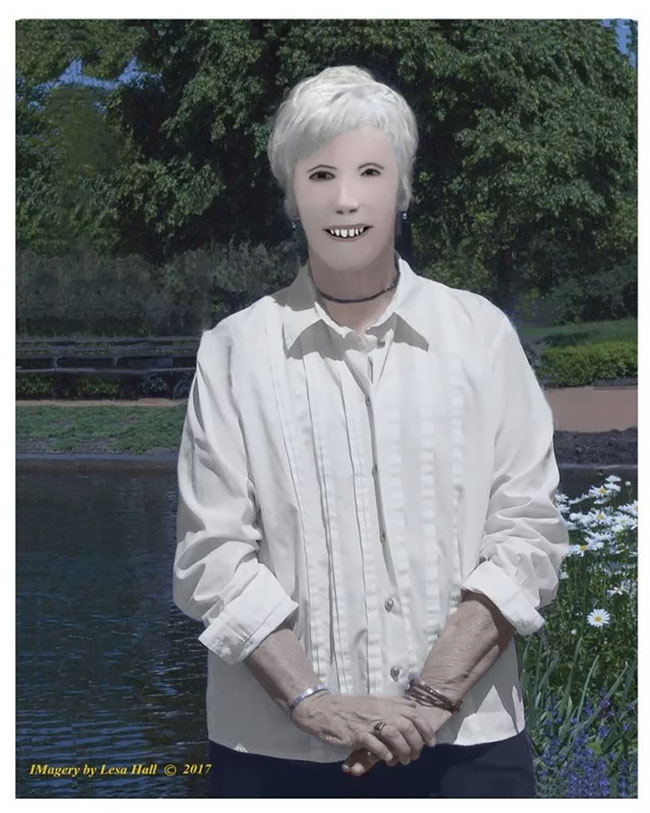 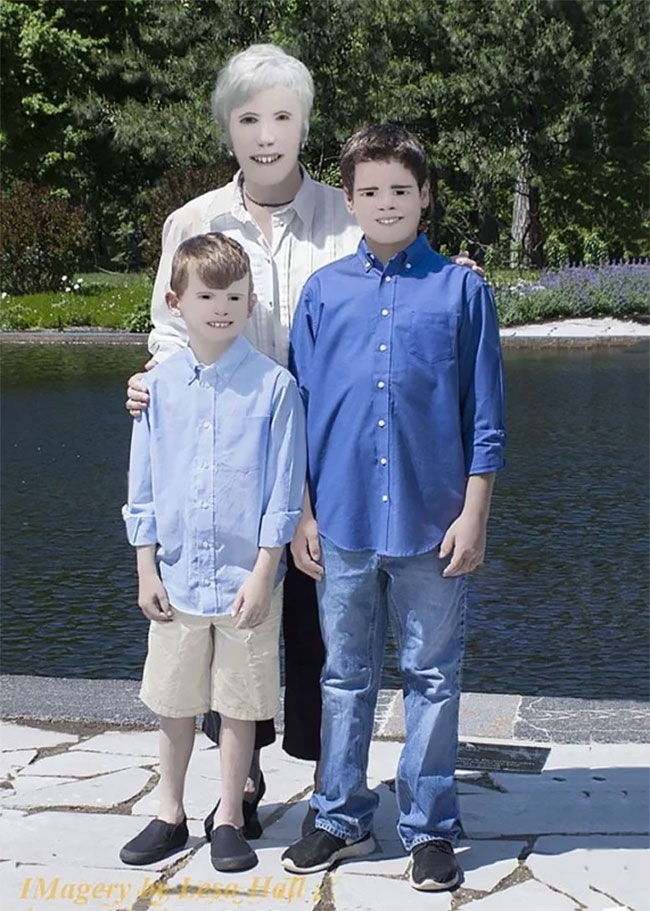 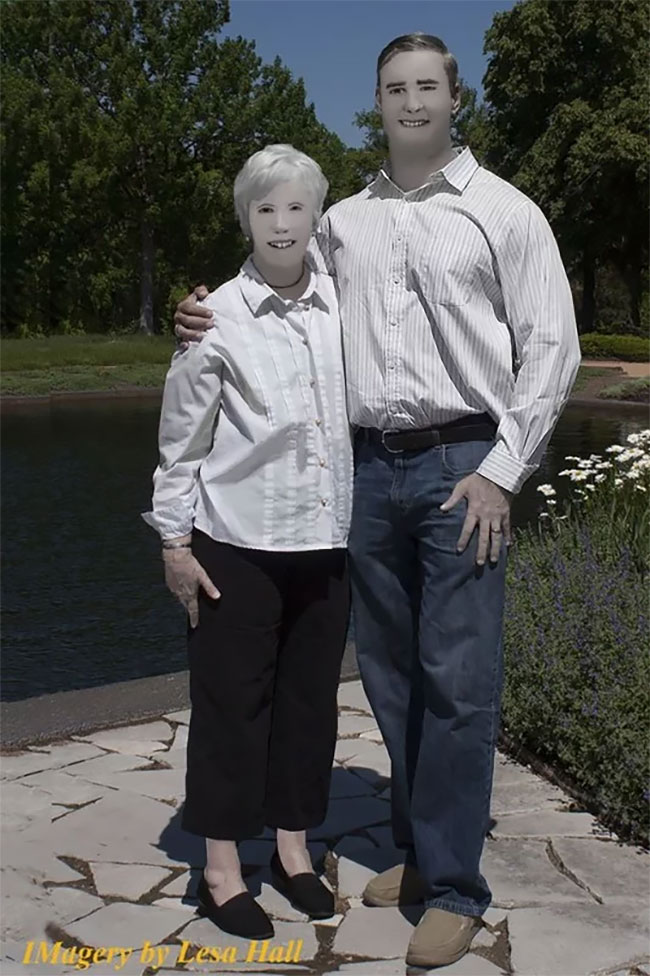 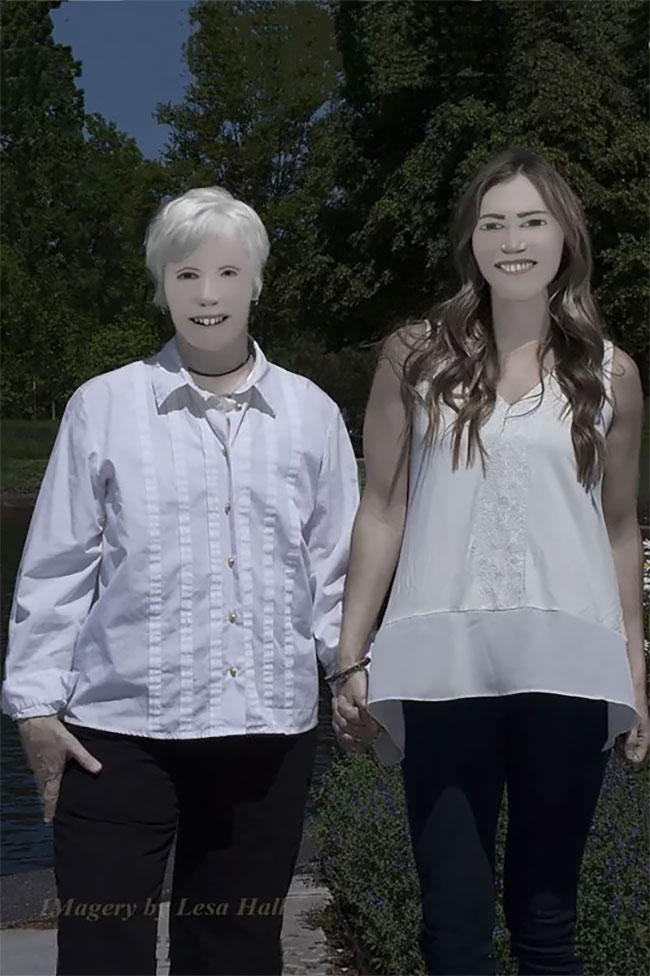 Finally, Photoshop expert Antti Karppinen has just released a tutorial showing how you can achieve the exact same look in Photoshop:

Contrasting Portraits Show How A Smile Can Change Your Perception Of Someone
Spectacular Winning Photos of the 2021 Underwater Photographer of the Year Contest
Vibrant Photos Of Chicago In 1941 Through The Lens Of Photographer John Vachon
In Bed with Marilyn Monroe
Dad And Daughter Recreates Iconic Scenes From 73 Famous Movies And TV Series
Photographer Conor Nickerson Adds Himself Into His Childhood Photos
"Impressions Of The Roaring Twenties": 40 Found Snaps That Show Lifestyle Of Young People In The 1920s
Wildlife Photographer Of The Year 2018 Competition Winners Are Announced
Photographer Captures Socialist Architecture Of North Korea In Pastel Aesthetic
Lovely Vintage Photos of Rock Stars Posing With Their Kitty Cats
Comedy Wildlife Photo Awards 2016 Shortlist
Photographer Transforms His Kitchen Into a Skatepark for Fruits and Vegetables
Mammal Photographer Of The Year 2020 Contest Gives Top Prize To Urban Fox Photo
Incredible Photos of America's Malls In The 1980s
Every Spring This Forest In Belgium Becomes A Blue Wonderland
Meet Rava Ray, The Sexy Queen Of The Stingrays
Vintage Photographs Show How Students Celebrated Spring Break in Texas In The Late 1980s
Paris Just Before WWII: Stunning Photos Capture Daily Life Of The French Capital In The 1930s
1946 New York Subway Photographed by 17-Year-Old Stanley Kubrick
Wasteland: The Mad Max Festival That Makes Burning Man Look Lame
Ukrainian Photographer Creates Powerful Photo To Overcome Anxiety, And Here’s How She Did It
Magnificent Underwater Life Photography By Alex Voyer And Alex Roubaud
A Daredevil Surf Photographer Ben Thouard Captures Stunning Pictures Of The Big Waves
Winter Weather around the Northern Hemisphere
LIFE Magazine's Sexiest Photos Of All Time
Beautiful Feminine Photo Portraits By The Russian Fashion Photographer Svetlana Belyaeva
Photographer Took Amazing Underwater Pictures Of Kids Playing Sport Games
A Horror–mad Seven-Year-Old Girl Has Ditched Disney Princesses to Recreate Scenes from Gory Films Such as The Exorcist and Chucky
Stunning Photos Of American Women At Work During World War II
Photographer Captures Intimate Photos Of The Russian Student Girls In Their Communal Apartments And Hostels
family, hilarious, photo, results, shares, strange