Mountain warfare, Austrian troops crouch behind a rocky outcrop as they prepare to ambush Italian troops in the Alps, circa 1916. 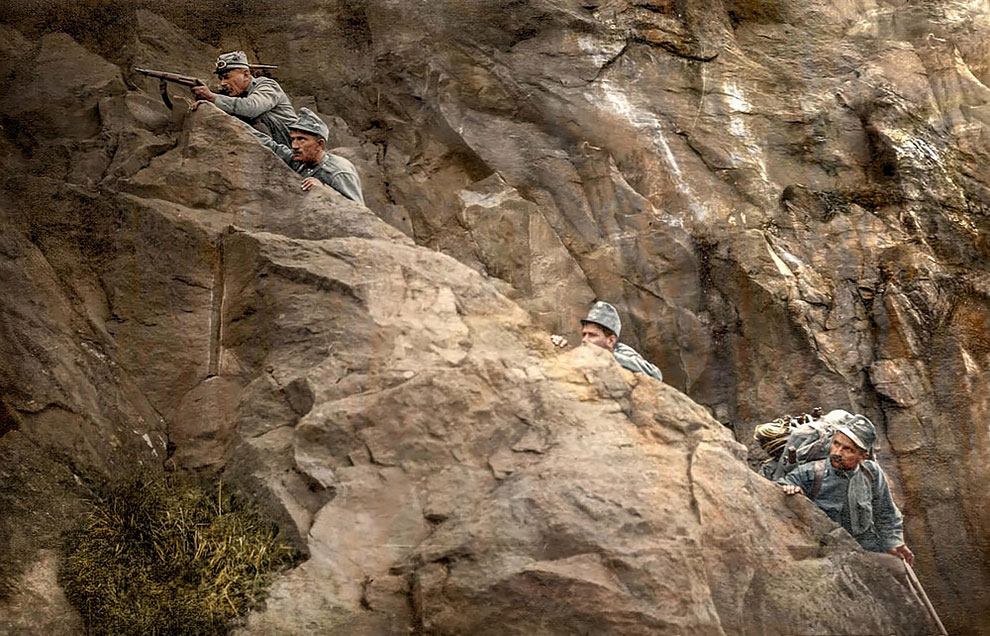 The faces of war have been brought back to life after a series of World War One photographs were expertly colourised. Striking pictures show a US soldier displaying his trophies including a German badge and gun, the Christmas truce in 1914 and female war workers feed the charcoal kilns used for purifying sugar at the Glebe Sugar Refinery Co. Greenock, in Scotland.

Other incredible images show the Great War from the other perspective with Austrian soldiers pictured, a frostbit Lieutenant Foehles shortly after landing from a flight and Archduke Franz Ferdinand of Austria whose assassination helped kick-start the conflict. The black and white snaps were painstakingly restored and colourised by photographer Mario Unger (previously here and here) from Rotenturm, Austria.

This remarkable picture shows Franz Ferdinand posing with a slain elephant in Ceylon, British India, during a world tour that lasted over a year. 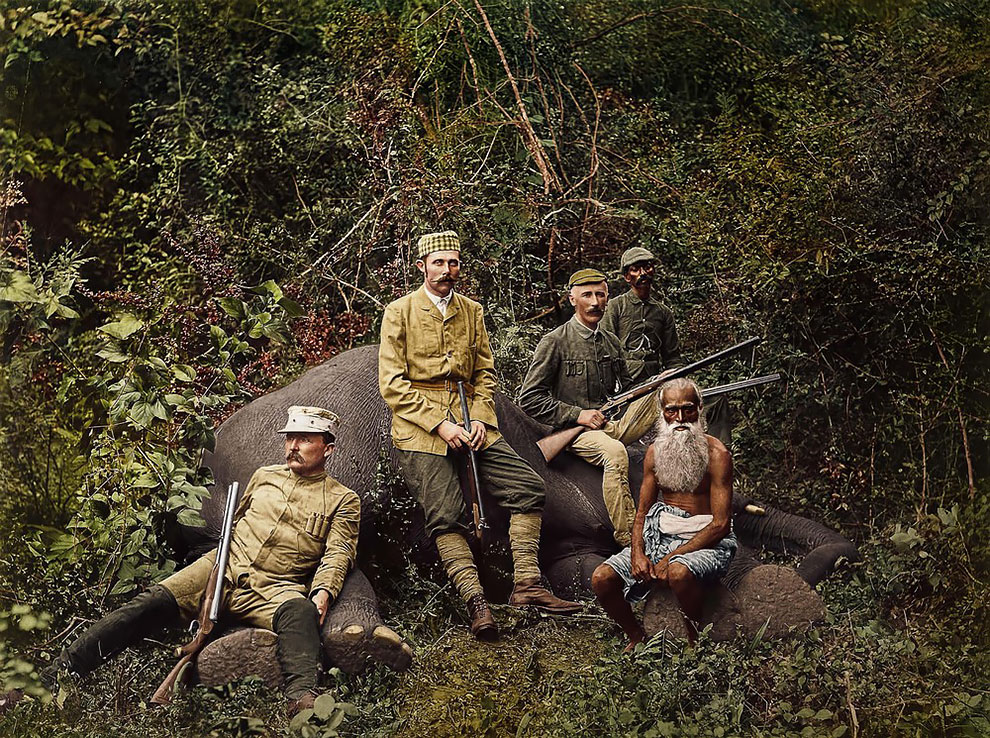 One remarkable picture shows Archduke Franz Ferdinand with his wife Sophie and their three children. World War One was sparked when Ferdinand, then the heir to the Austro-Hungarian throne, was gunned down in Sarajevo by Serbian nationalist Gavrilo Princip. Austrian troops prepare to fire a cannon on the Ortler mountain in Northern Italy, circa 1916. 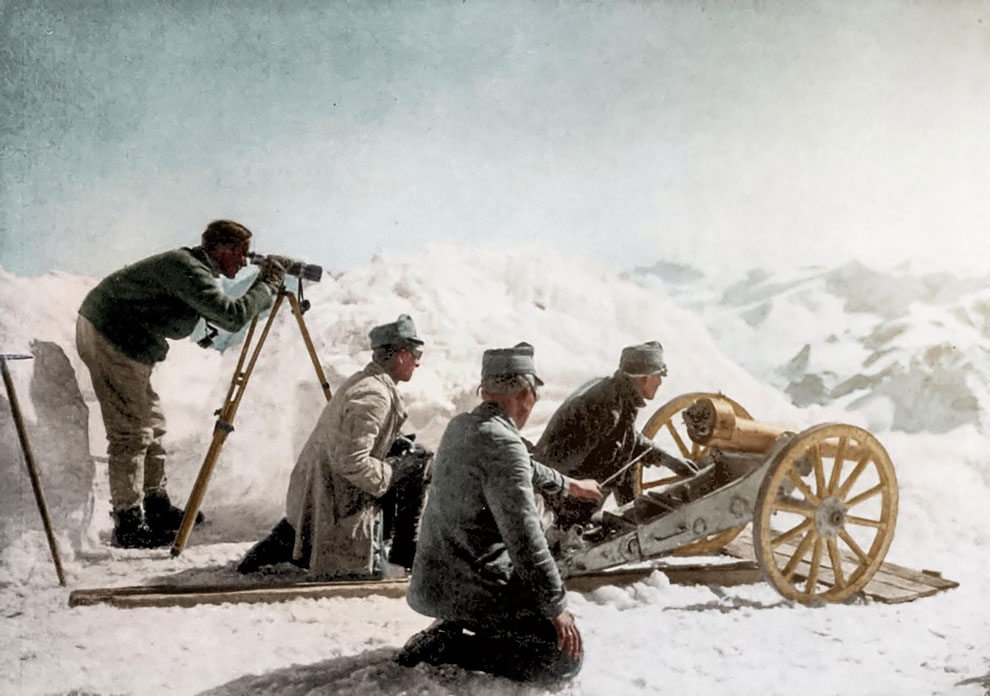 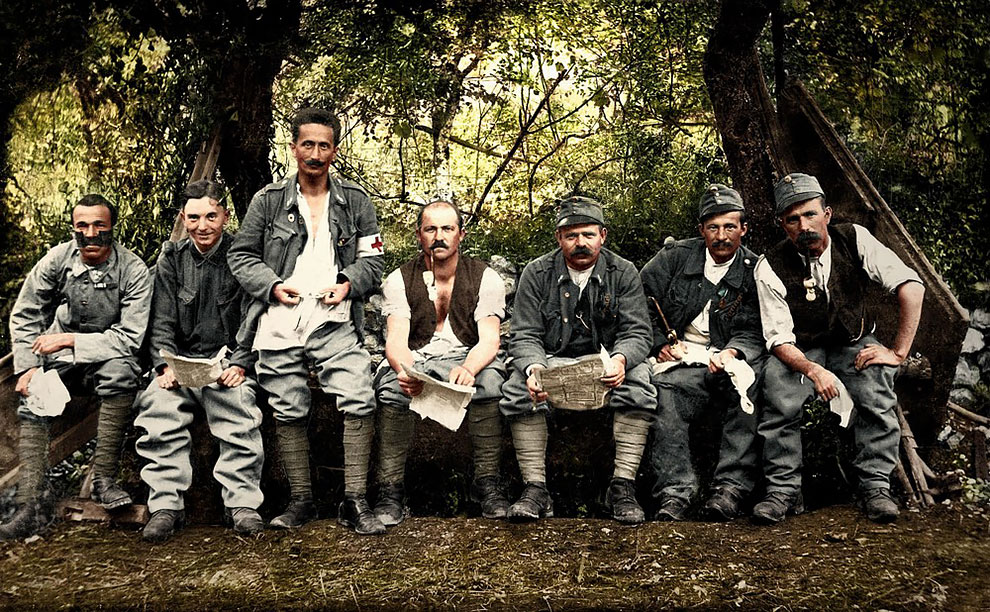 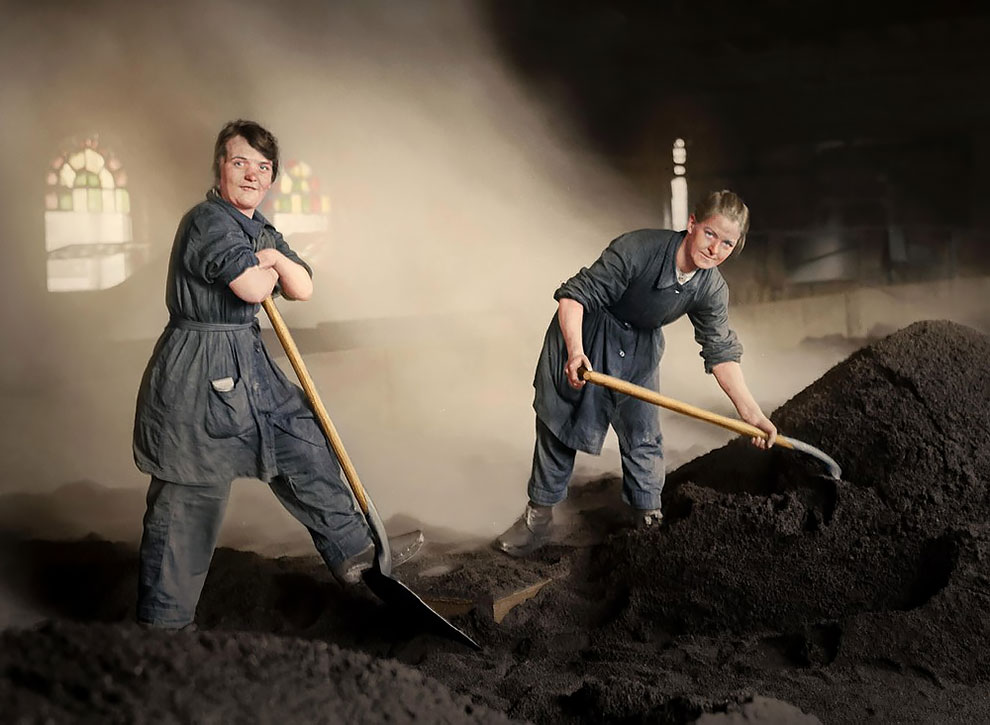 Frostbitten German soldier Lieutenant Föhles was pictured shortly before landing from a flight. 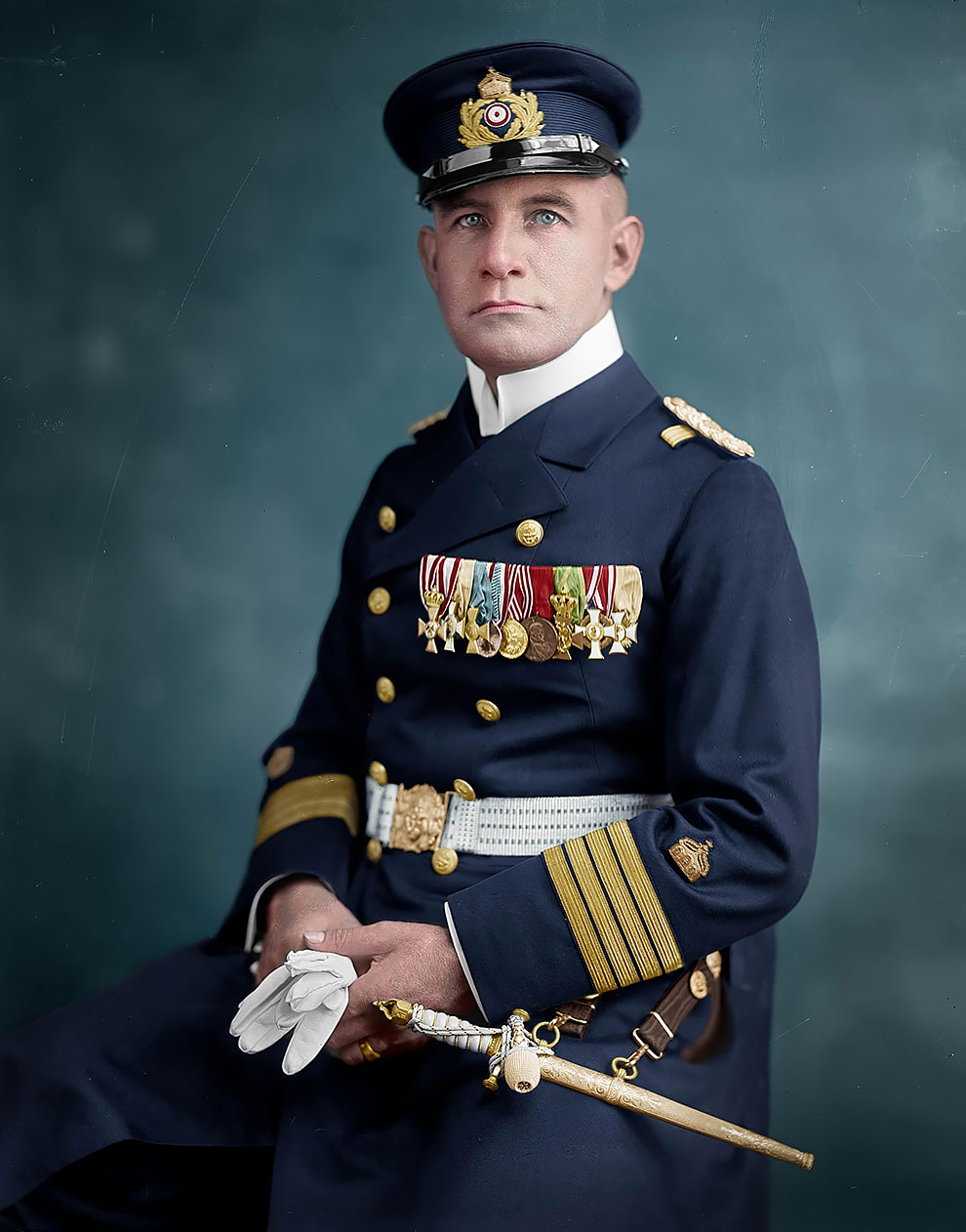 One image shows an unidentified American soldier posing with a pistol, helmet, and Iron Cross medal taken from a German soldier, 1918. 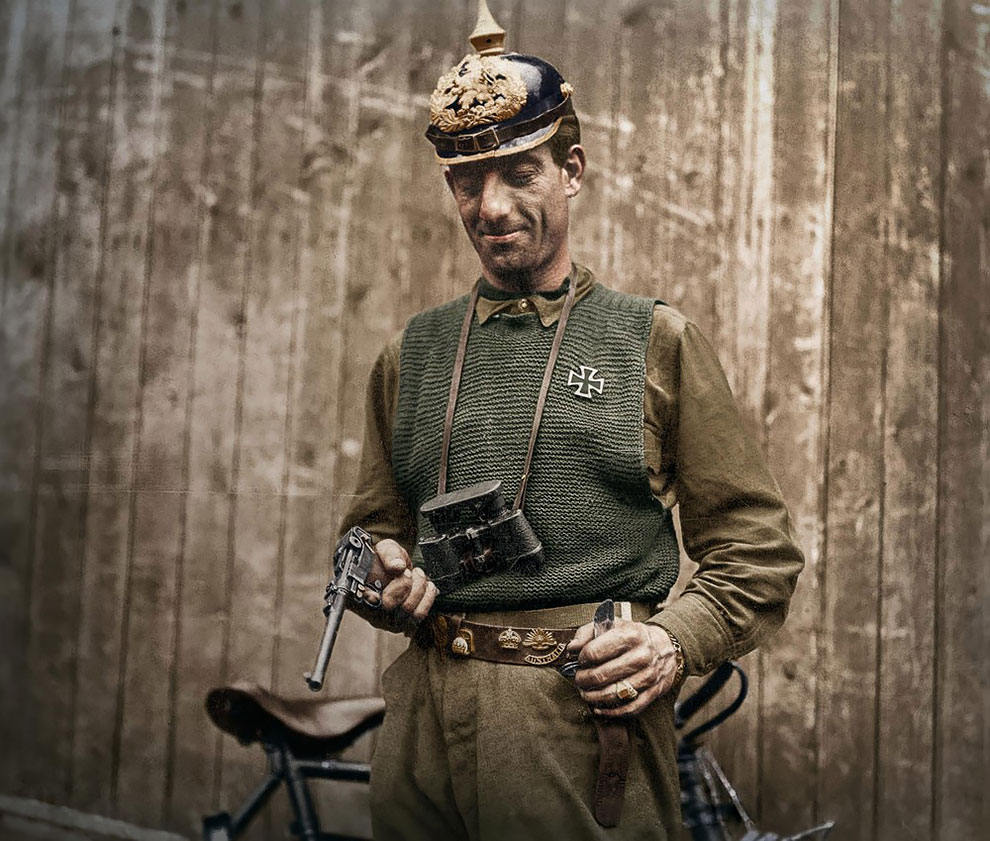 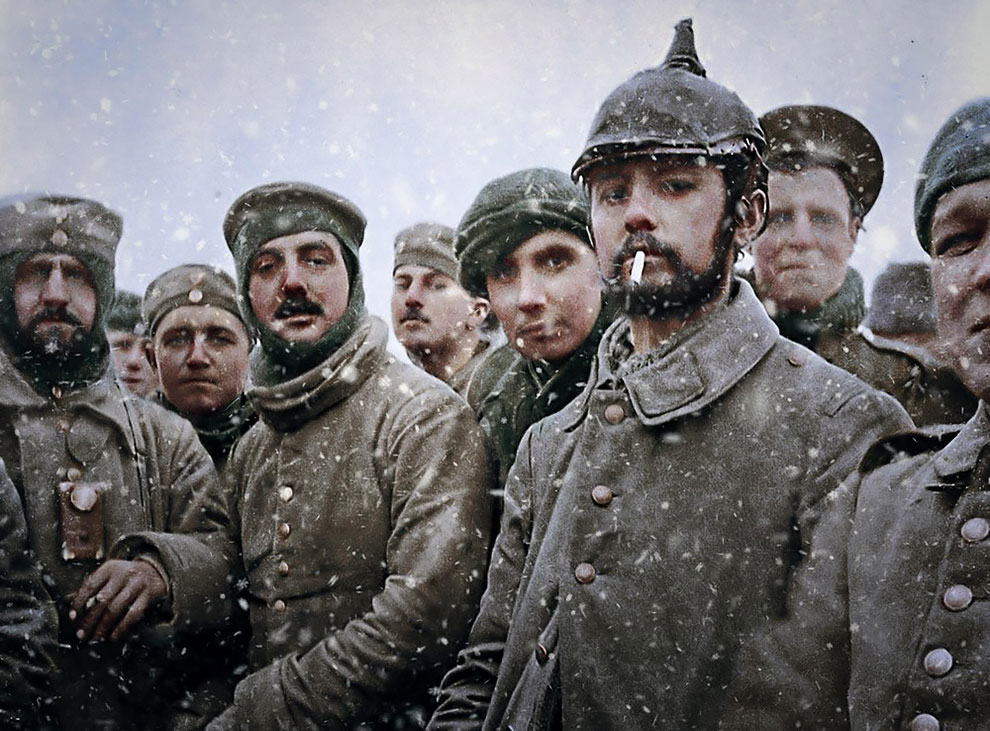