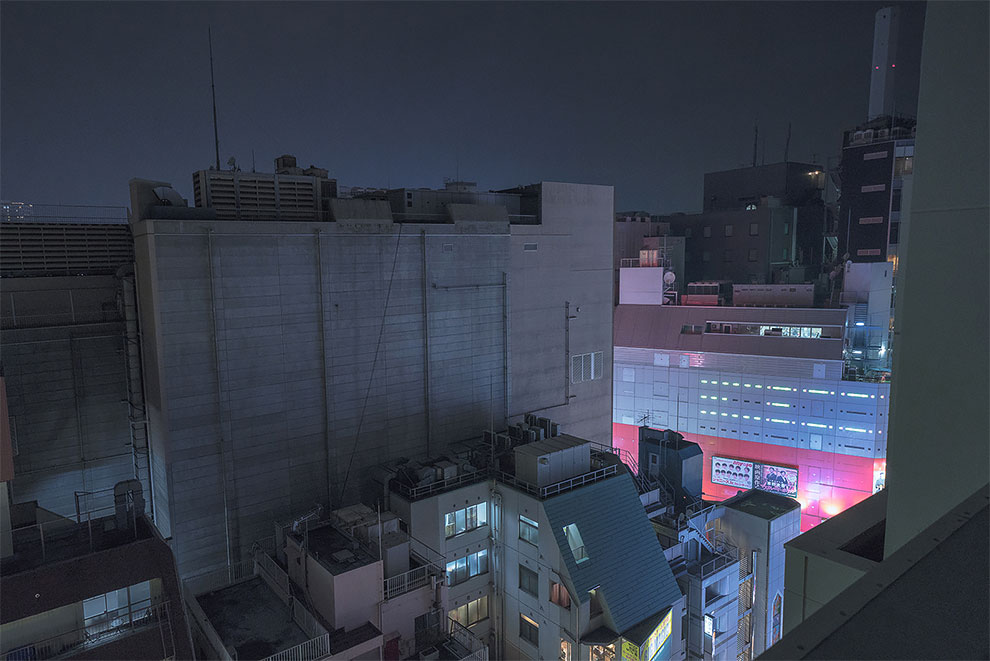 Austin is a designer, engineer and multimedia artist based in SF, California. He recently finished a series that he developed across a few trips to Tokyo in 2017-2018, where he spent his nights examining the city from above. 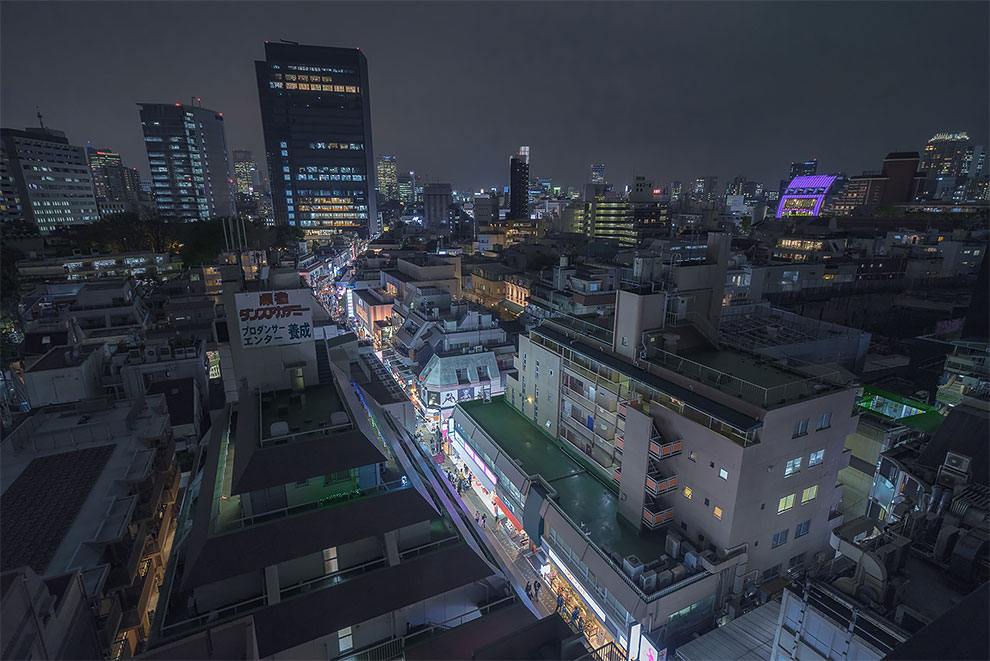 “My strongest memory from the first time I stepped into Tokyo was the feeling of being struck by the sheer scale and density of the place. That feeling never left me, and I became fascinated with understanding it. I visited time and time again to immerse myself in the intricate balance between order and chaos that felt so unique to the place,” he wrote. 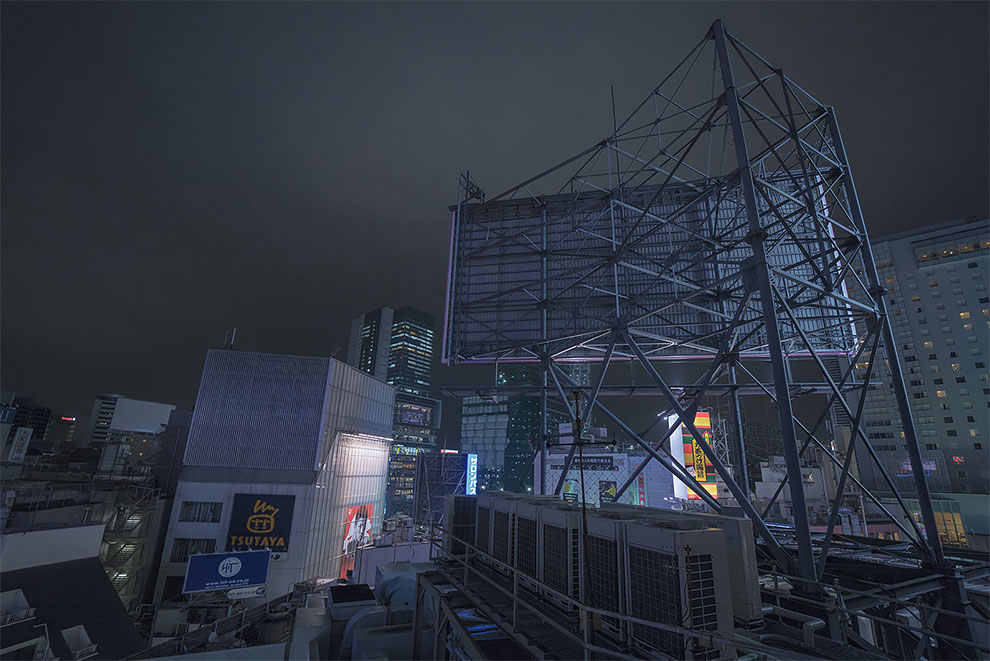 “It’s difficult to really understand a place that’s so immersive with so many layers. I realized that to even attempt to understand a place like Tokyo, I needed to explore its fringes – experiences far removed from the tourist circuit. This sparked a long series of explorations of the city: of its back alleys, its far reaches, and its curiosities. It wasn’t until my seventh of eighth time back, when my explorations led me upwards, that I found some of what I had been looking for. On the rooftops of Tokyo I witnessed a canopy unfold like no city I’d ever visited — an infinite three-dimensional landscape that resembled more closely a rainforest than anything remotely human.” 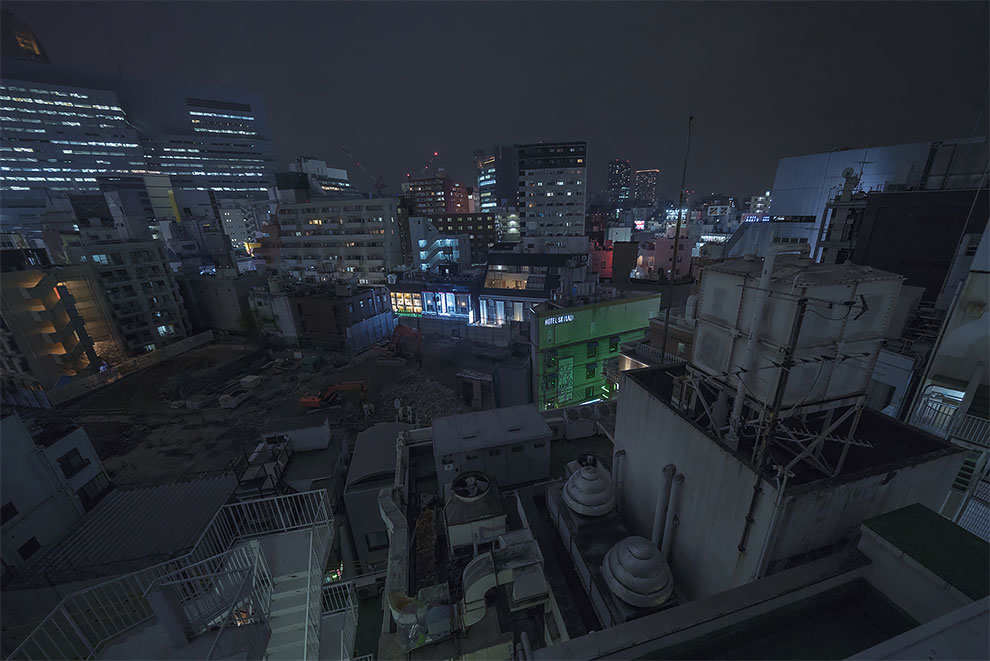 “‘ukiyo vertigo’ is a result of these explorations. Ukiyo refers to the ‘floating world’ era of Japanese thought, and the Ukiyo-e art style that accompanied it. The illusory, removed, and profoundly temporary nature of the transitory world that it examined resonated with me in those long, endless nights above the city.” 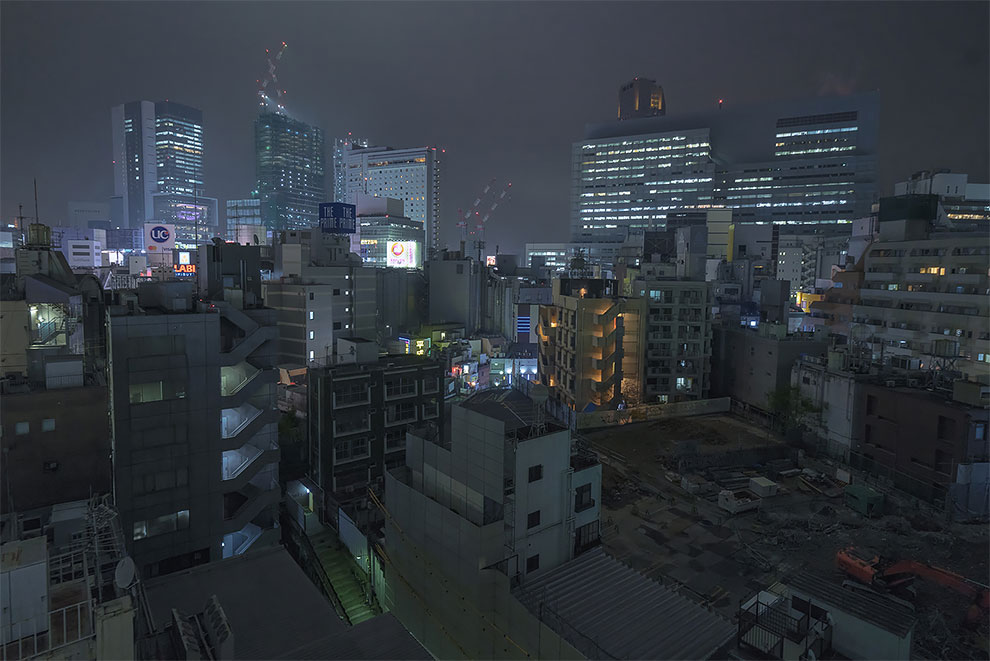 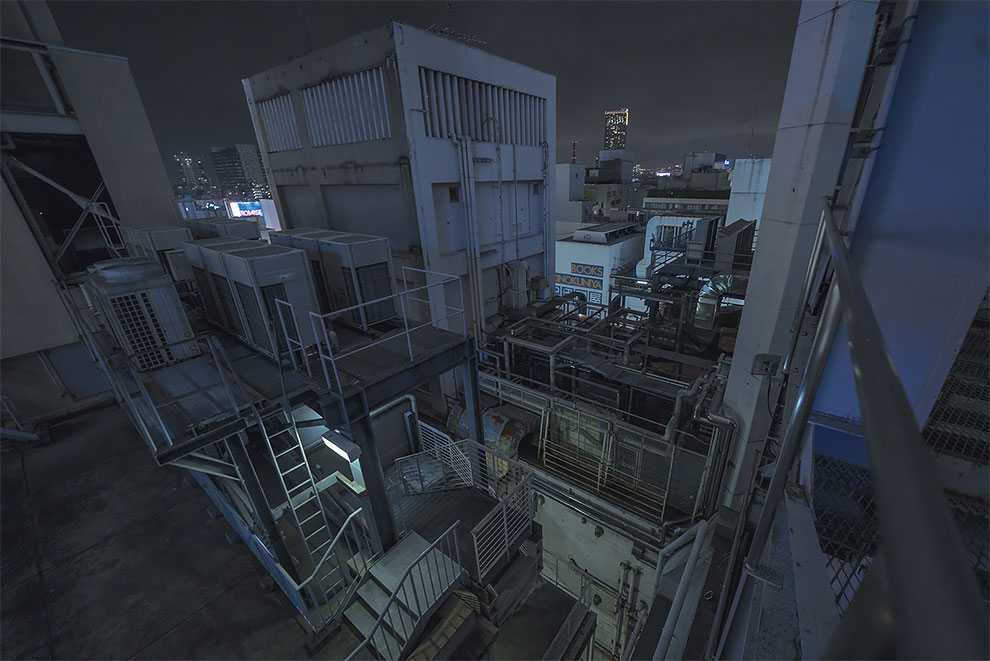 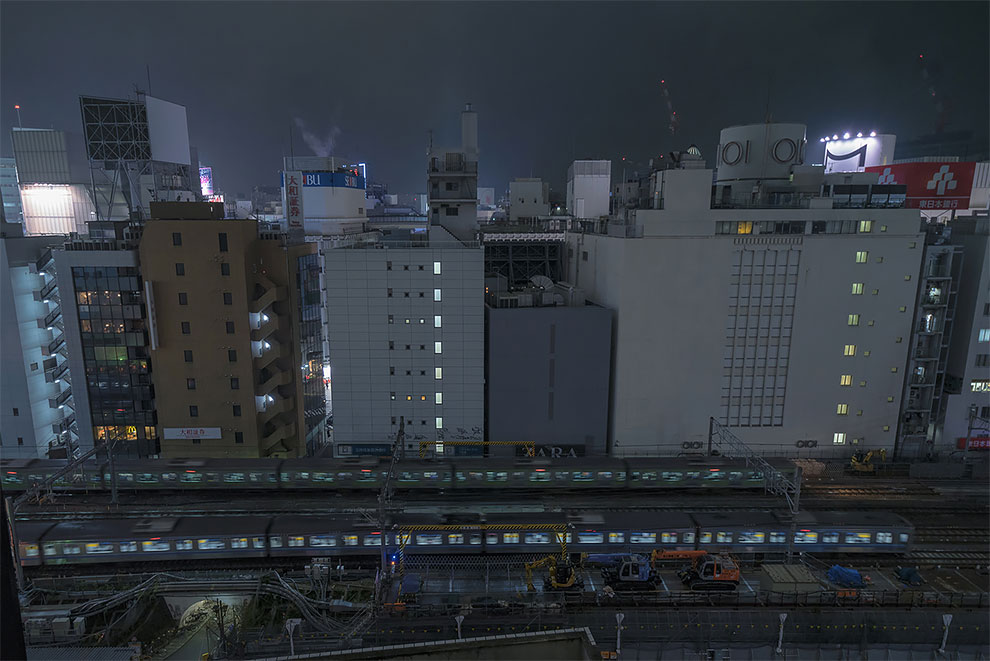 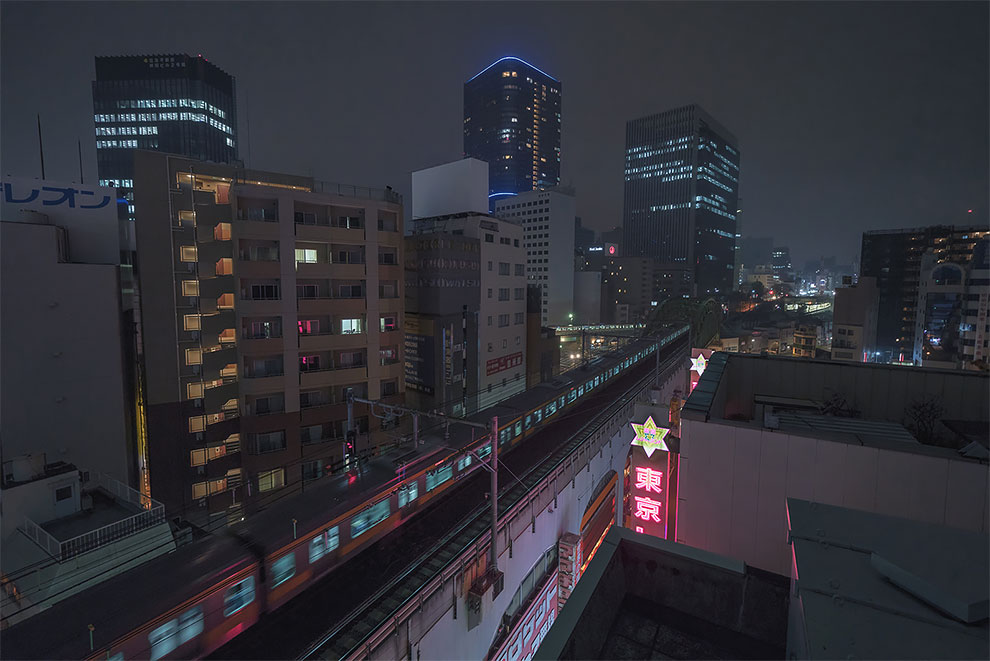 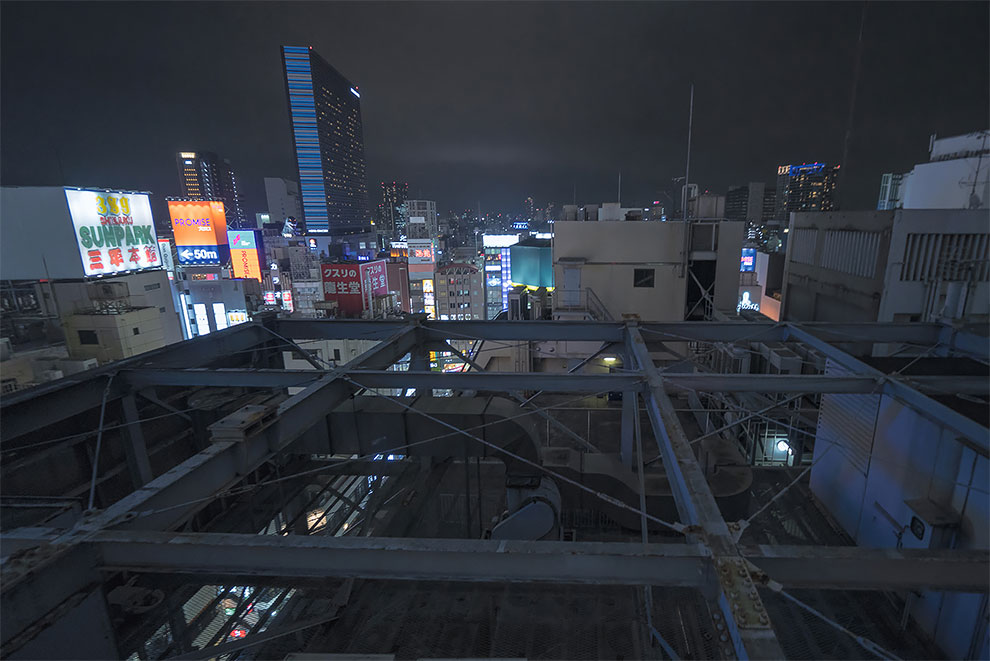 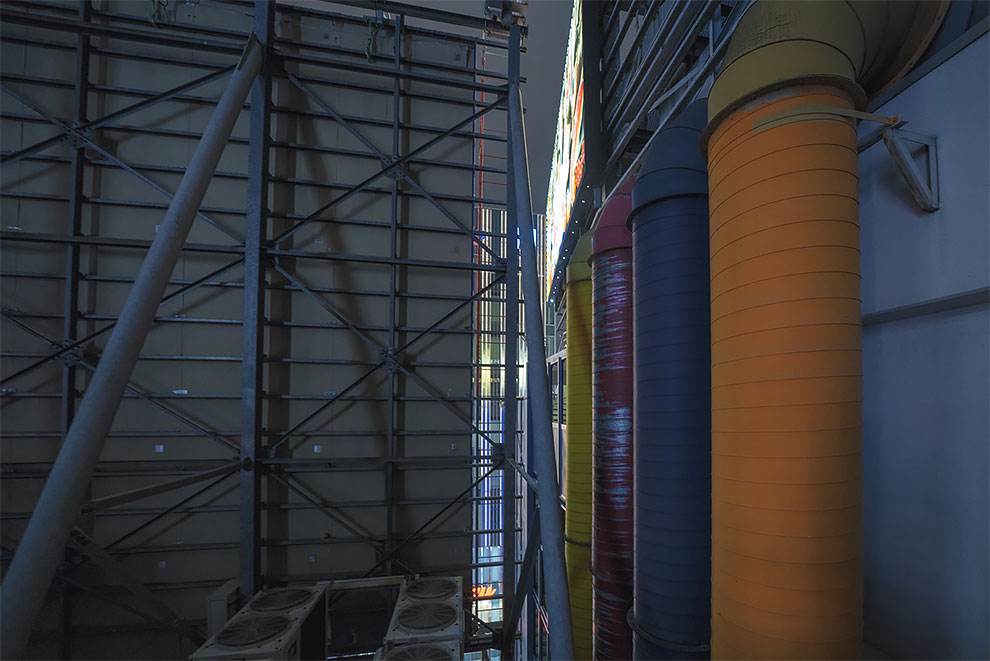 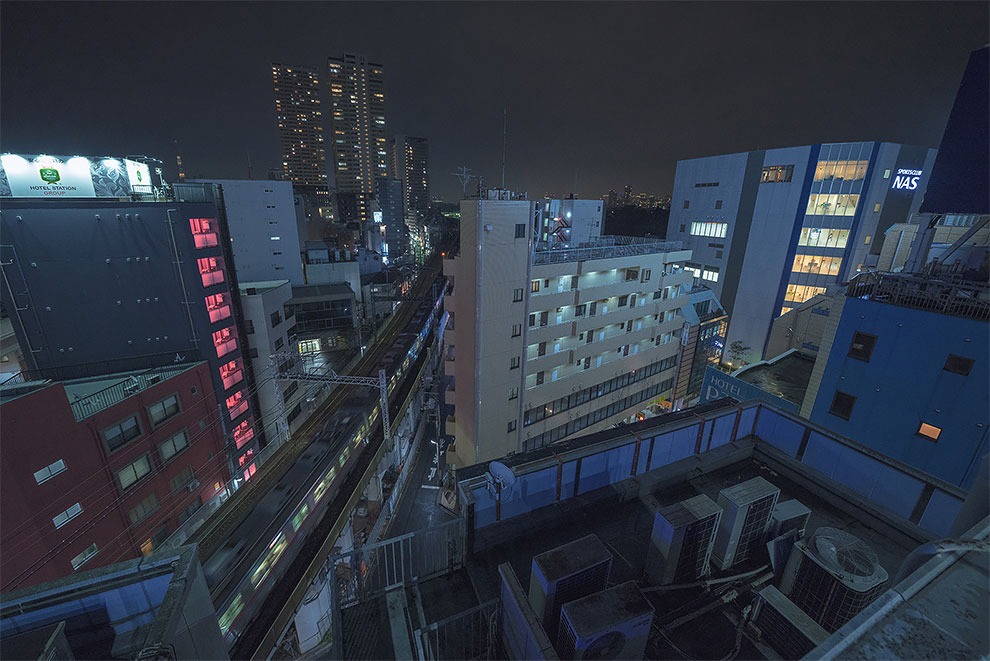 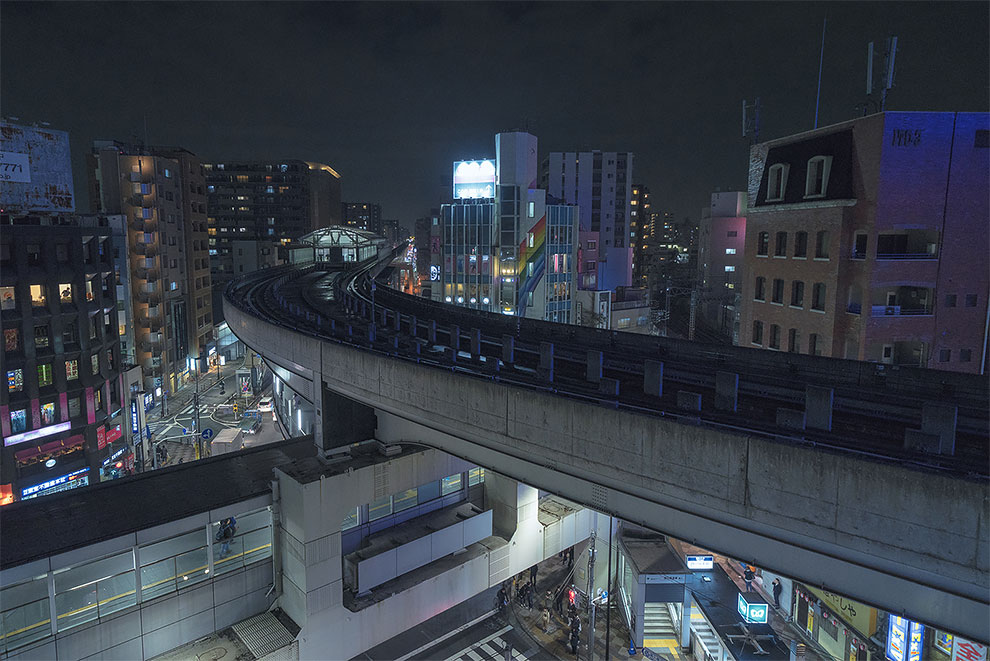 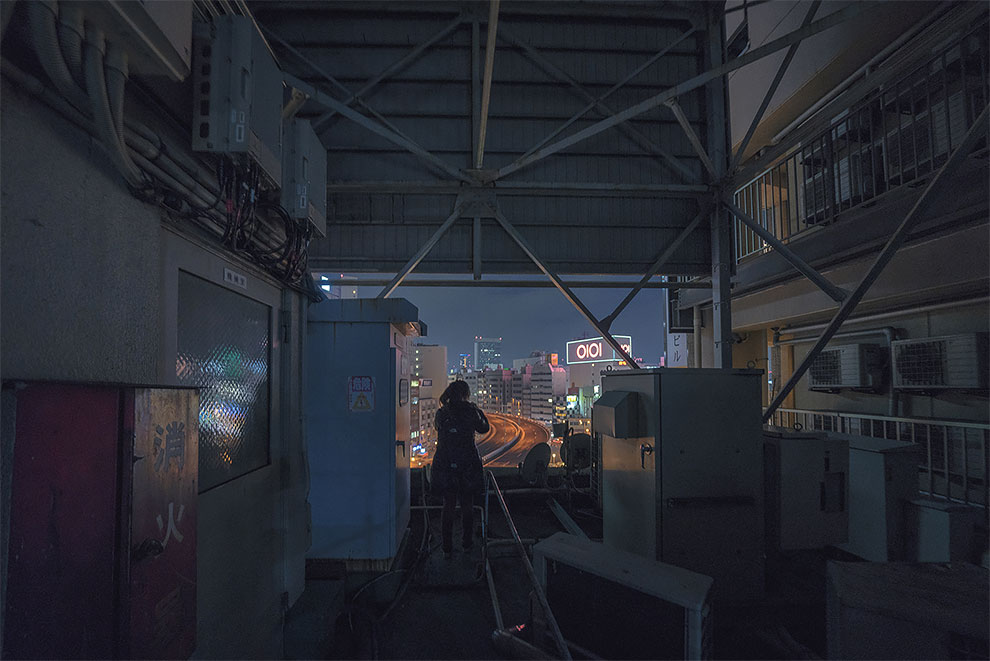 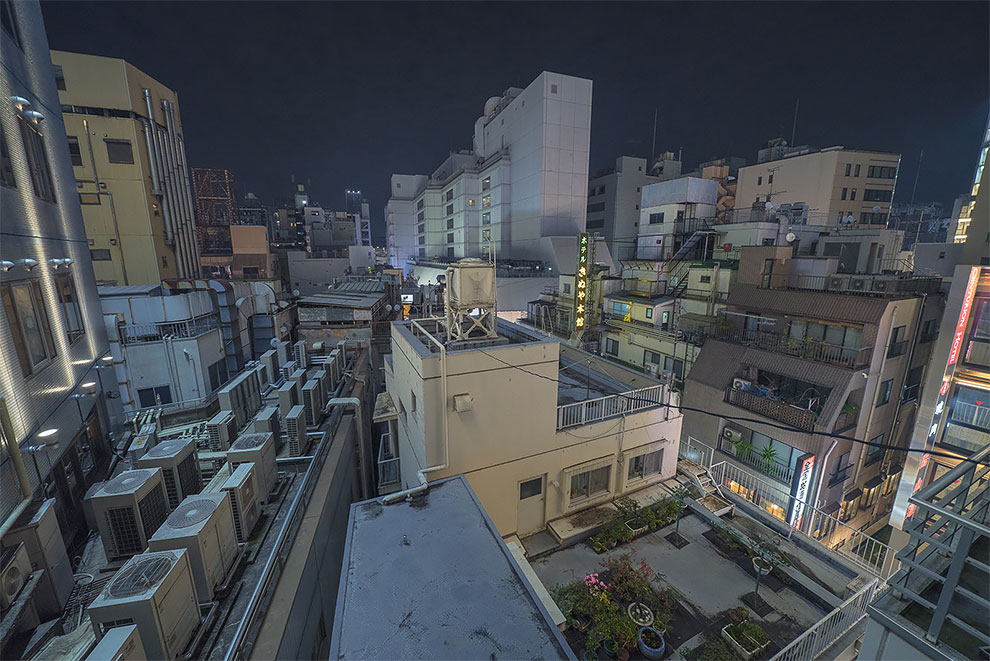 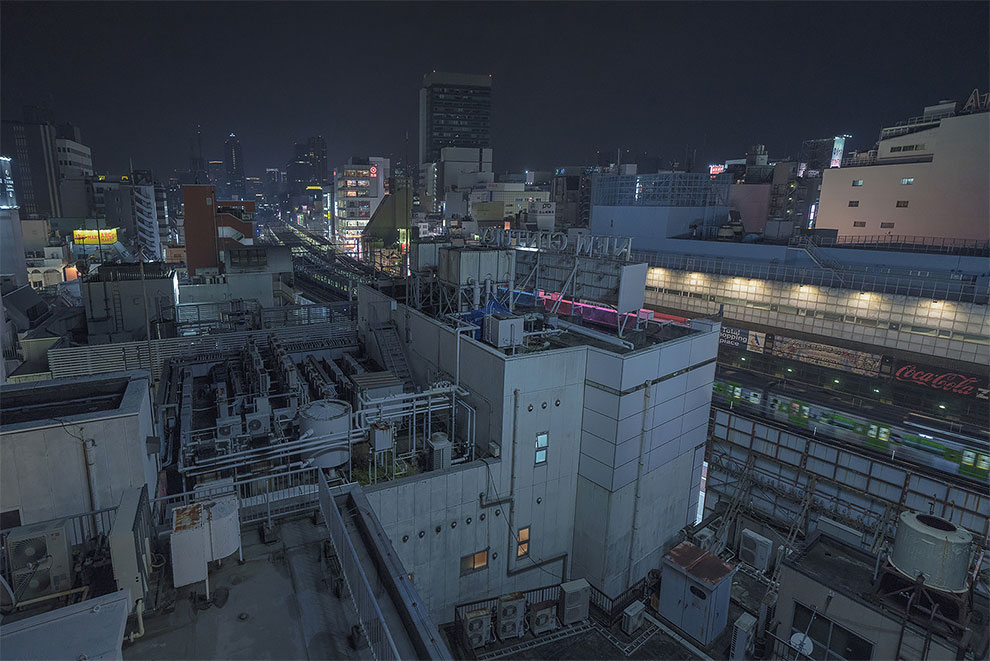 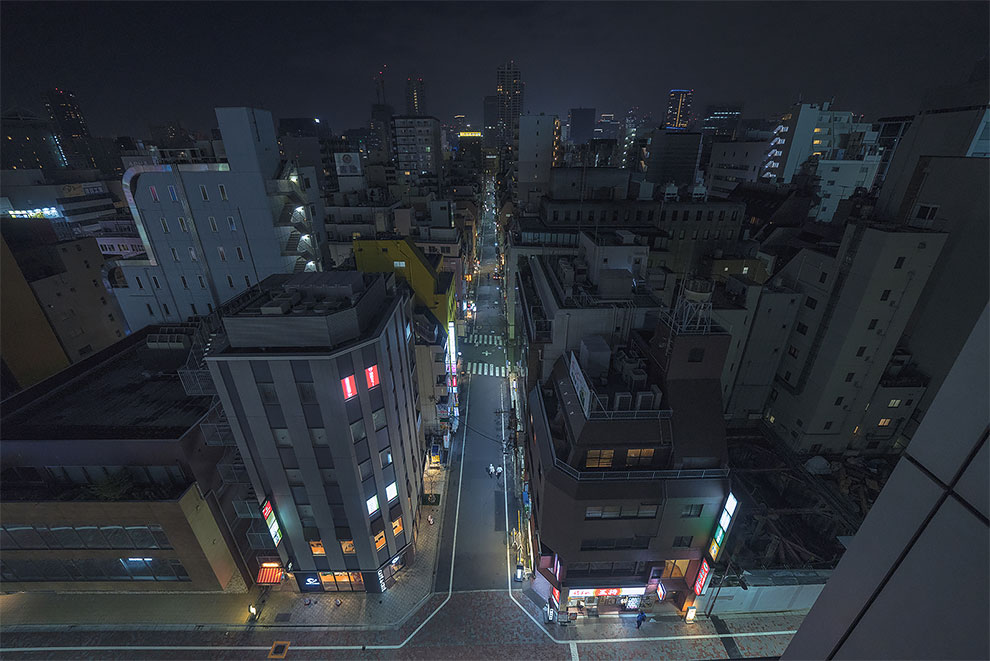 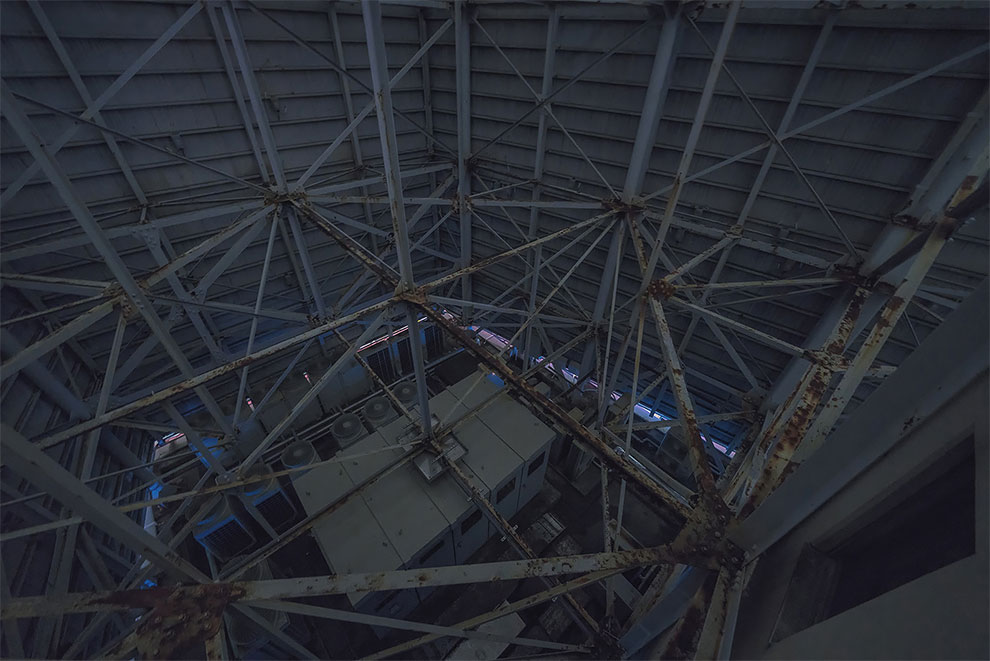 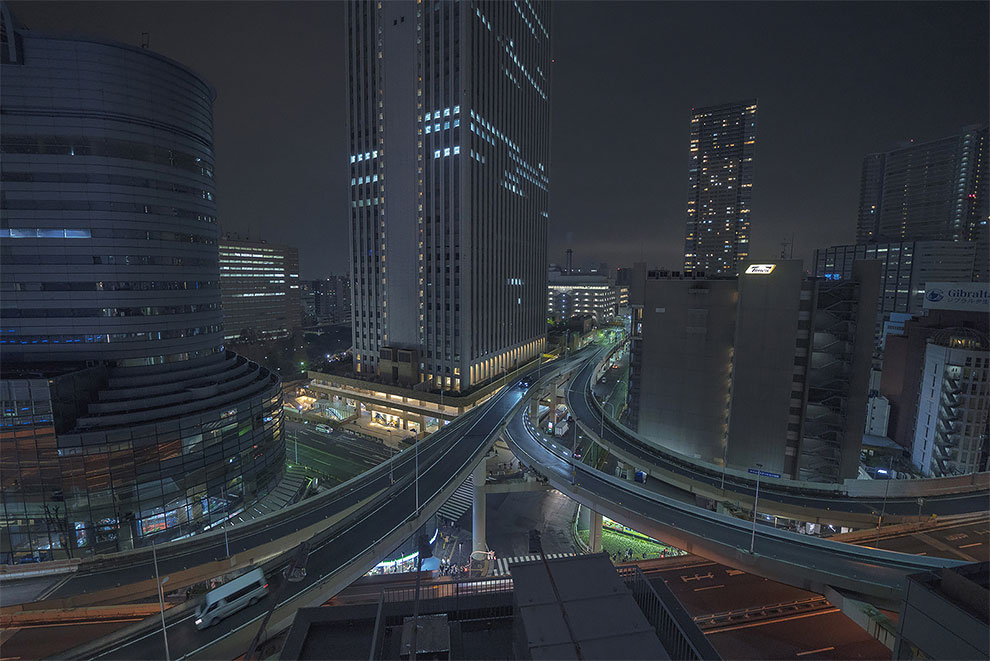 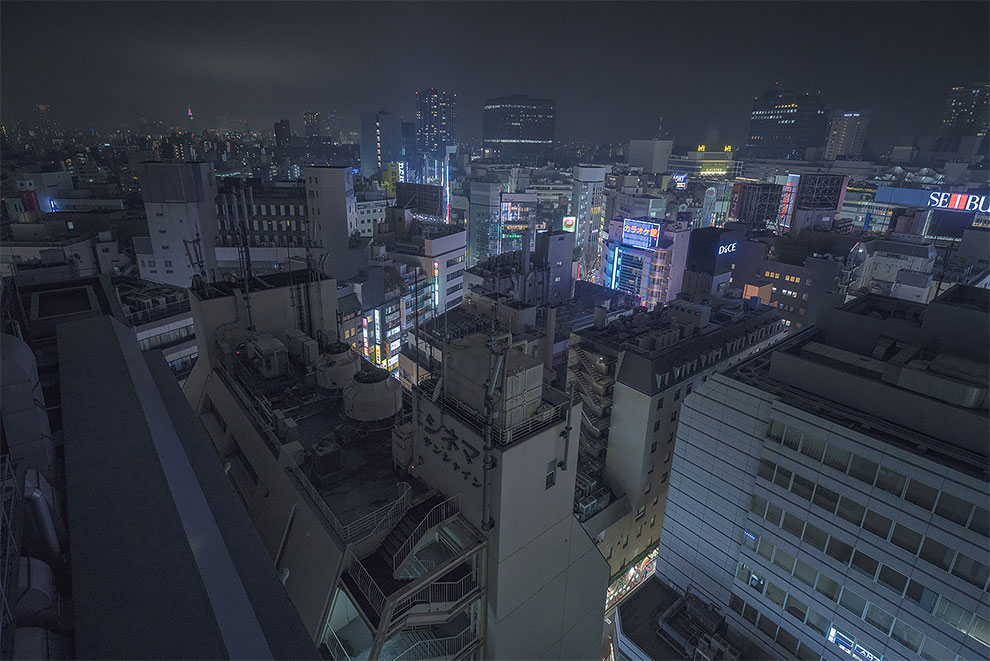 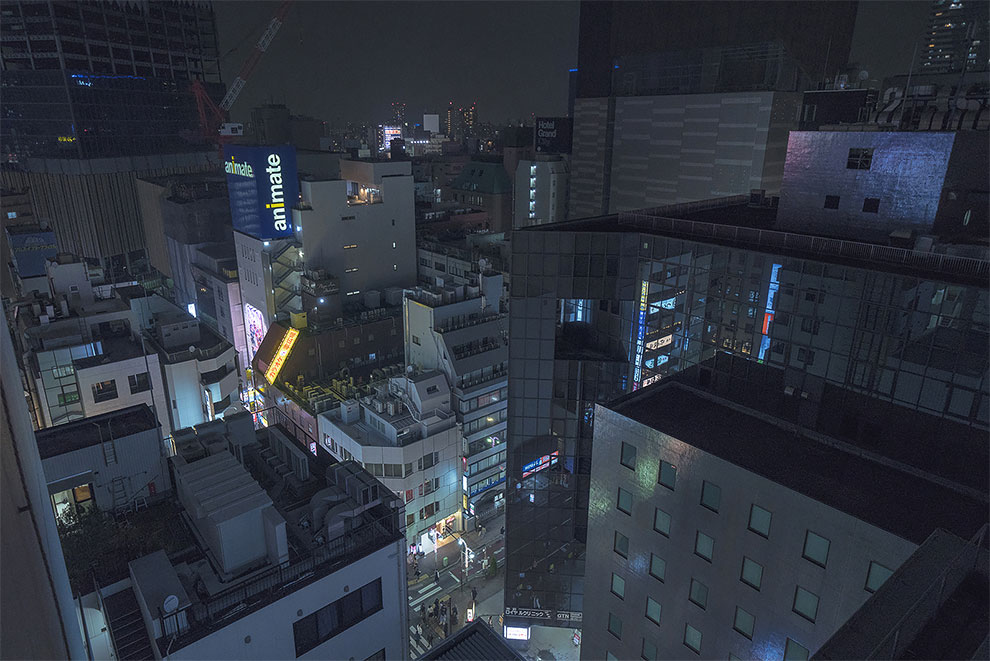 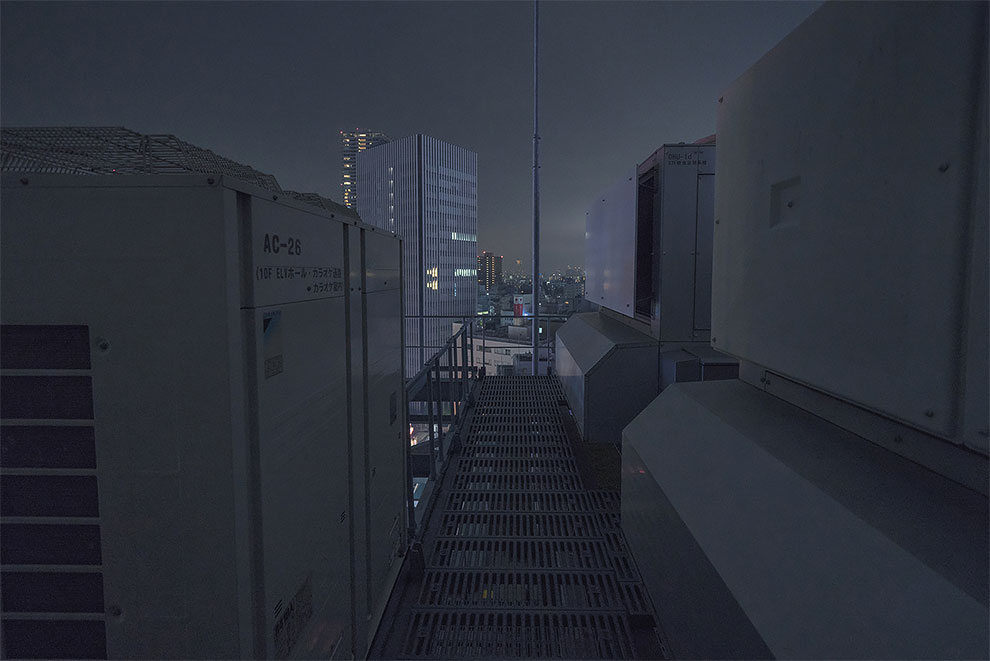 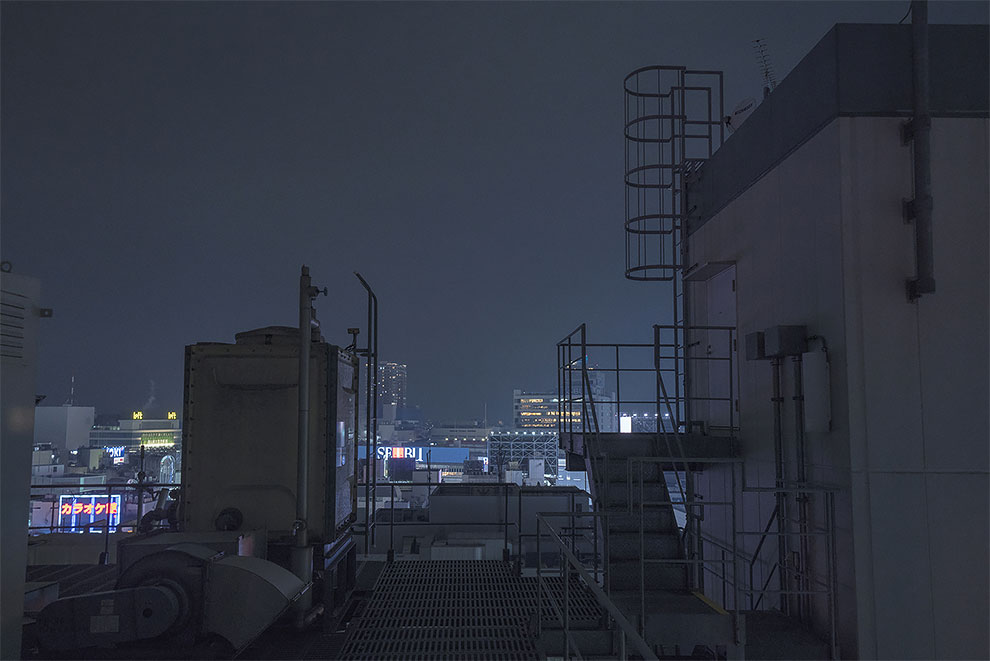 Exhibition in Tokyo Turns Aquarium into Works of Art
More Awesome "Gun Girl" Photos!
11 Stunning Colorized Photos Showing The Street Life Of Victorian London From Over 140 Years Ago
40 Fabulous Photos of Kim Basinger in the 1970s
"Perfect Darkness": Foggy Nights and Melancholy Landscapes in Cinematic Photographs by Henri Prestes
Photographer Changes The Physical Appearance Of A Homeless Couple, And The Result Is Amazing
The Bedouin Skate Crew in Tunisia
Beautiful Landscapes Of The Speicherstadt in Hamburg, Germany By Alexander Schoenberg
Fantastic Pictures of Underwater Pole Dancing
Inside the Fukushima Exclusion Zone
Gorgeous Series Of Flowers Encased In Ice
Chilling Photographs of Summer Tourists on the Acropolis in Athens in the Early 1980s
Talented Fan Takes John Wick, Pikachu, and Marvel Heroes Back to The Golden Era of Japanese Poster Graphic Design
Photographer Immortalizes the Beauty of a Lions From Every Angle
Paolo Pettigiani Sees New York City's Central Park In Pink And Blue
“After the Apocalypse” by Photographer Lori Nix
"Midnight Gothic": Photographer Elsa Bleda Captures South African Johannesburg In Neon Nightscapes
Family Of Romanian Photographer Moved To A Small Town In The UK And He Started Discovering The Beauty Of This Country
The Goblins Will Get You If You Don’t Watch Out – 1920s Nightmare Fuel
2020 Travel Photographer Of The Year Awards Winners
"The Voice Of The Night": The Terrifying And Dark Fantasy Art Of Michael MacRae
Japanese Cat Owner Devises Eccentric Feeding Strategy
This Photographer Creates Paintings That Are Actually Photos
These Breathtaking Photos Of Outer Space Are Probably The Best Photos Captured From The ISS
cityscapes, japan, night, tokyo