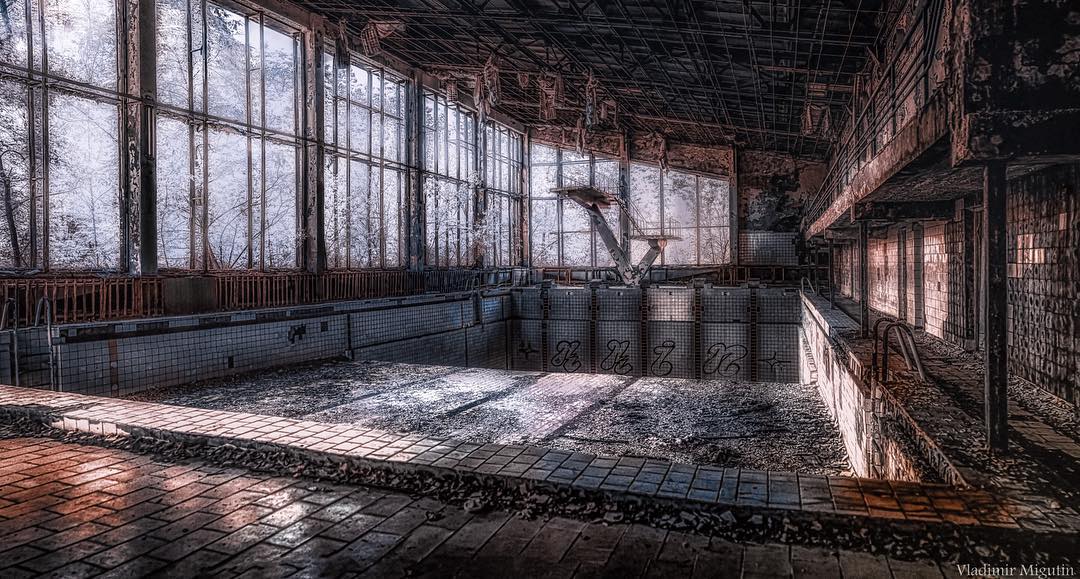 Pripyat is a ghost town in Ukraine, listed as a UNESCO World Heritage Site, as a monument to the most terrible nuclear catastrophe in world history. We have already seen him many times, but never before in such an unusual form.

Vladimir Migutin is a photographer specializing in infrared photography. These photographs were taken during a 2-day trip to the exclusion zone of Chernobyl using a 590-nm infrared filter from Kolari Vision.

The idea to close the razor-shaped vent of the reactor arose almost immediately after the explosion. In order to build the Sarcophagus over the ChNPP it took 7,000 tons of metal structures and 400,000 meters of cubic mixtures of concrete. And in order for the territory to be completely disinfected, more than 90,000 cubic meters of soil were removed.

“We always hear praises of the might of Mother Nature, how it renders useless mans’ creations, and bears life above the ruins. Well, it’s something that is always felt, but never on such a huge scale. This place IS the place for these contrasts. It’s pretty hard to describe the overall atmosphere I experienced during this trip. Despite the events of 1986, the ruins, and the rust, I didn’t have grim feelings while traveling there. On the contrary, it felt like I was in a “kind of” paradise on a different planet,” says Vladimir. 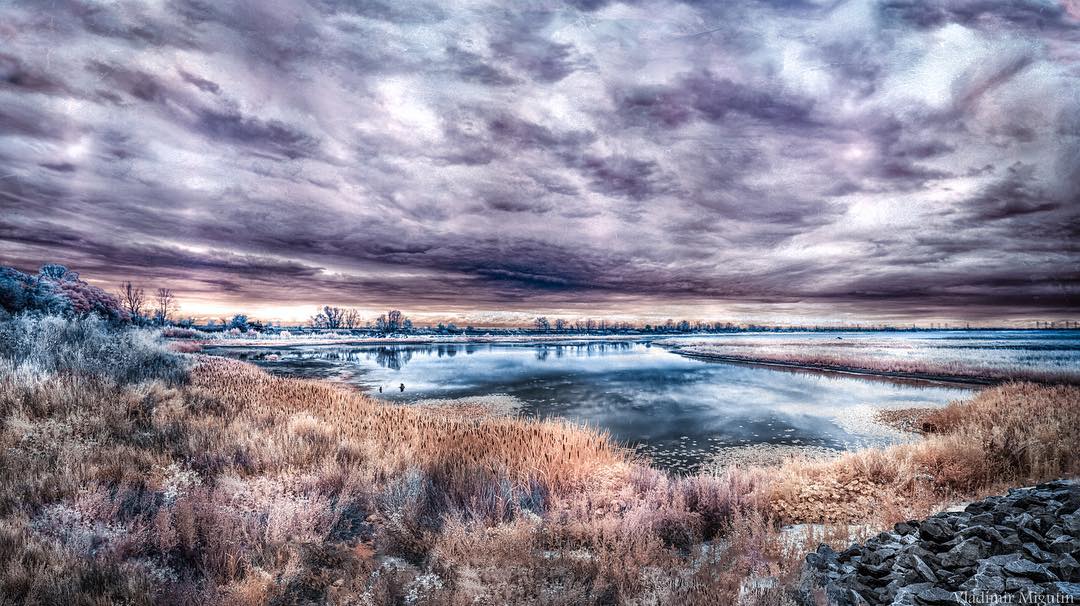 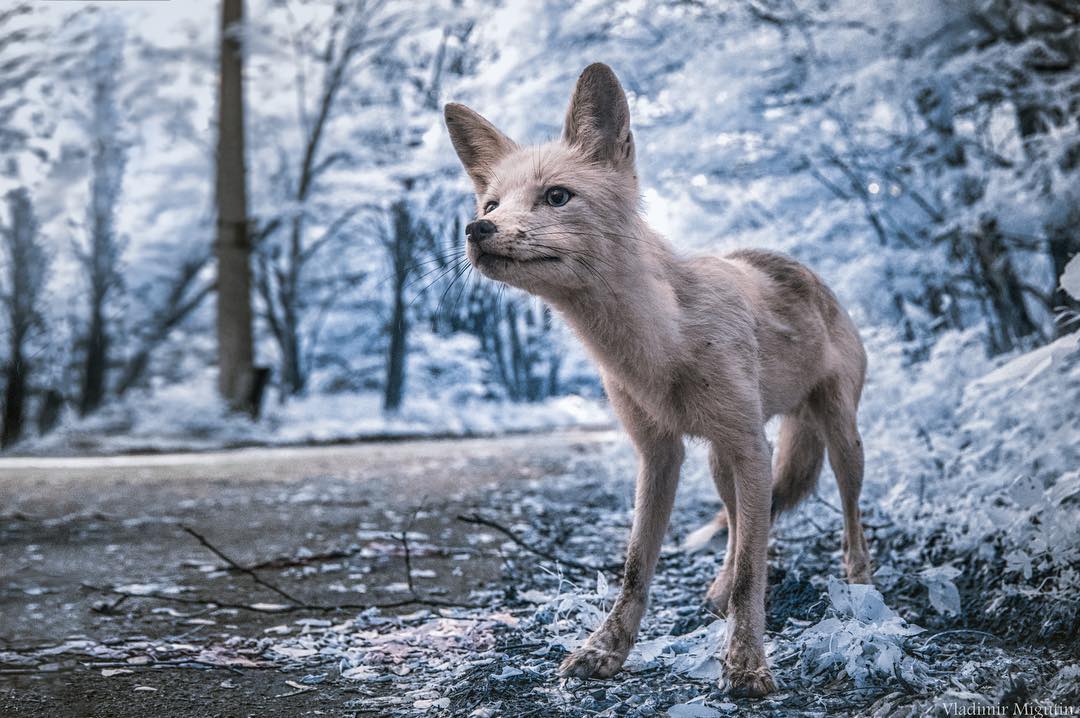 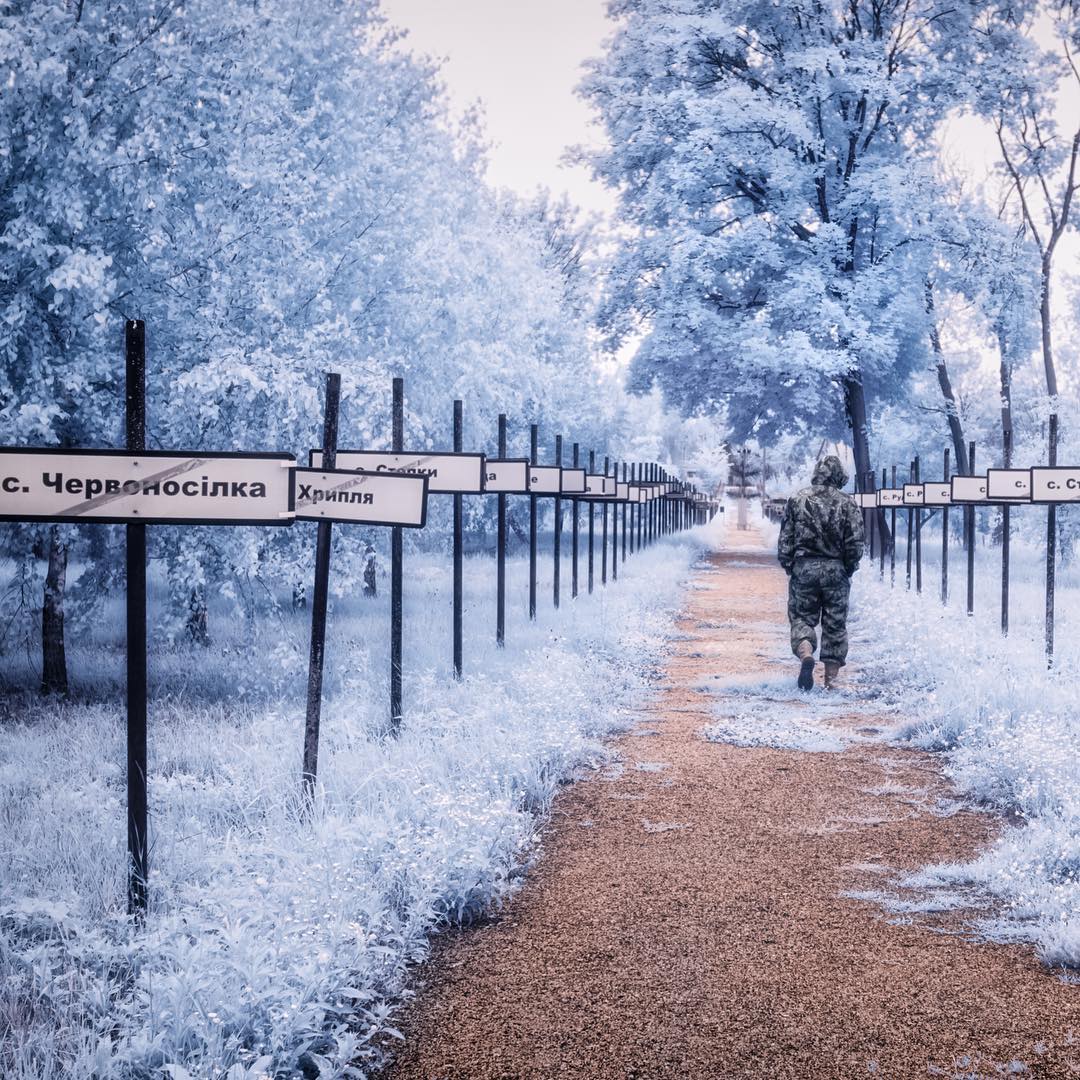 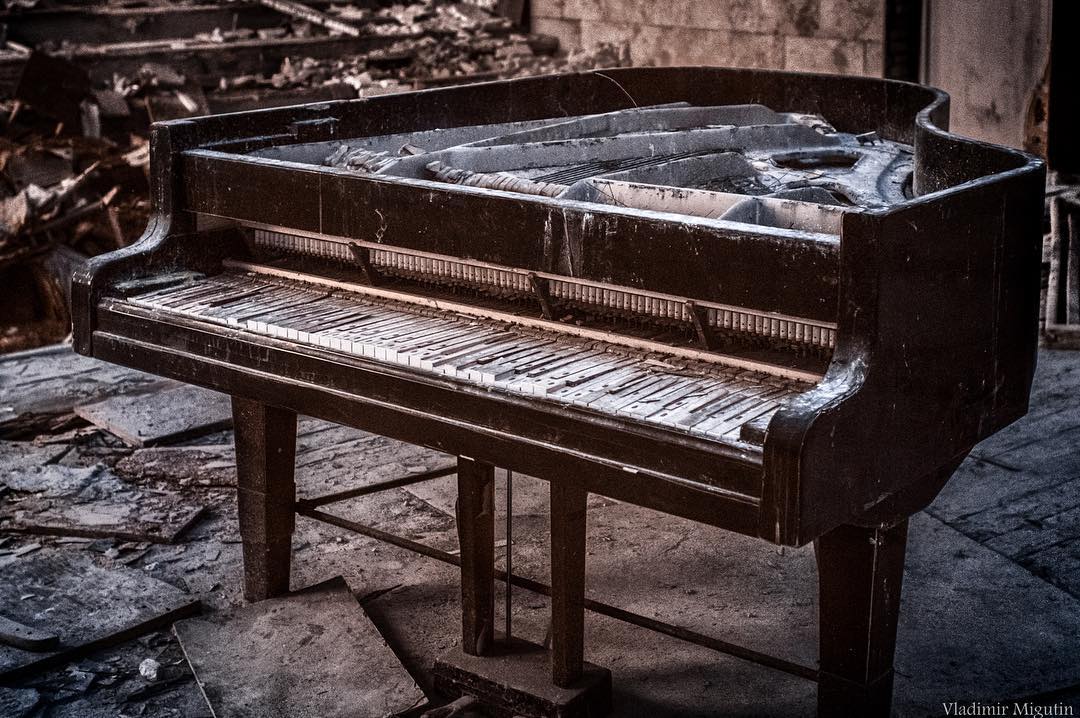 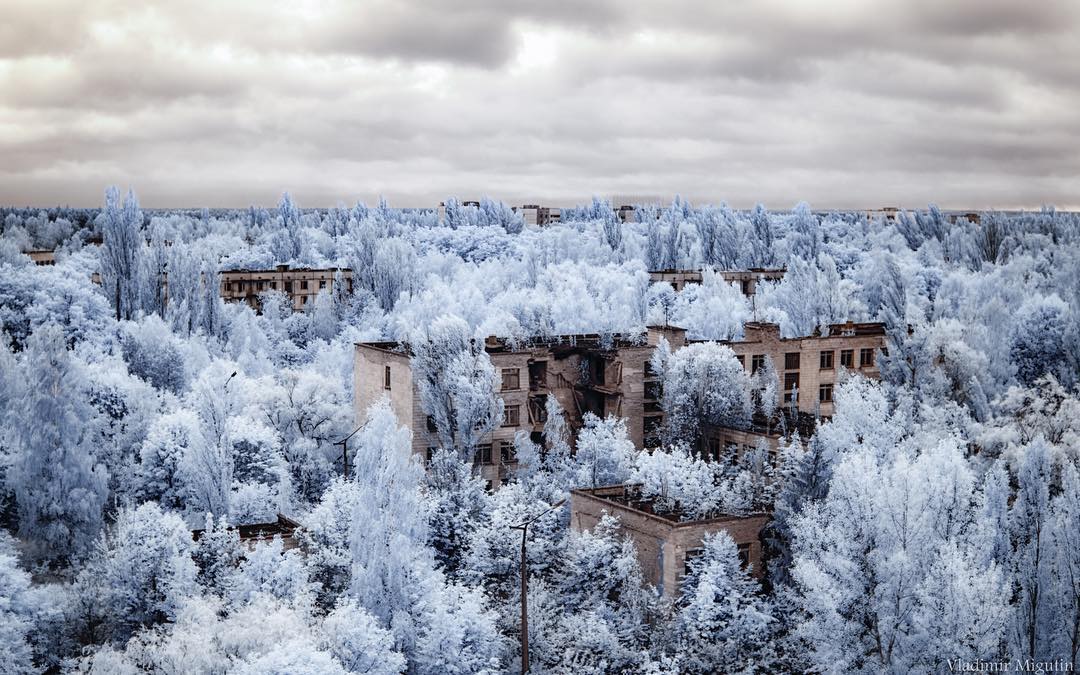 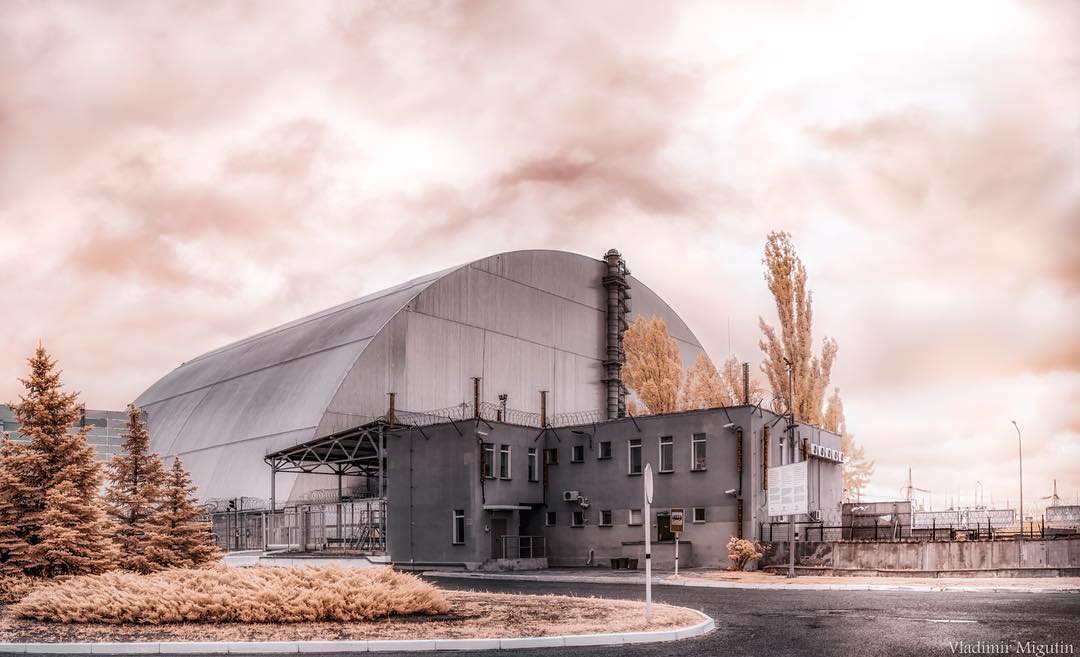 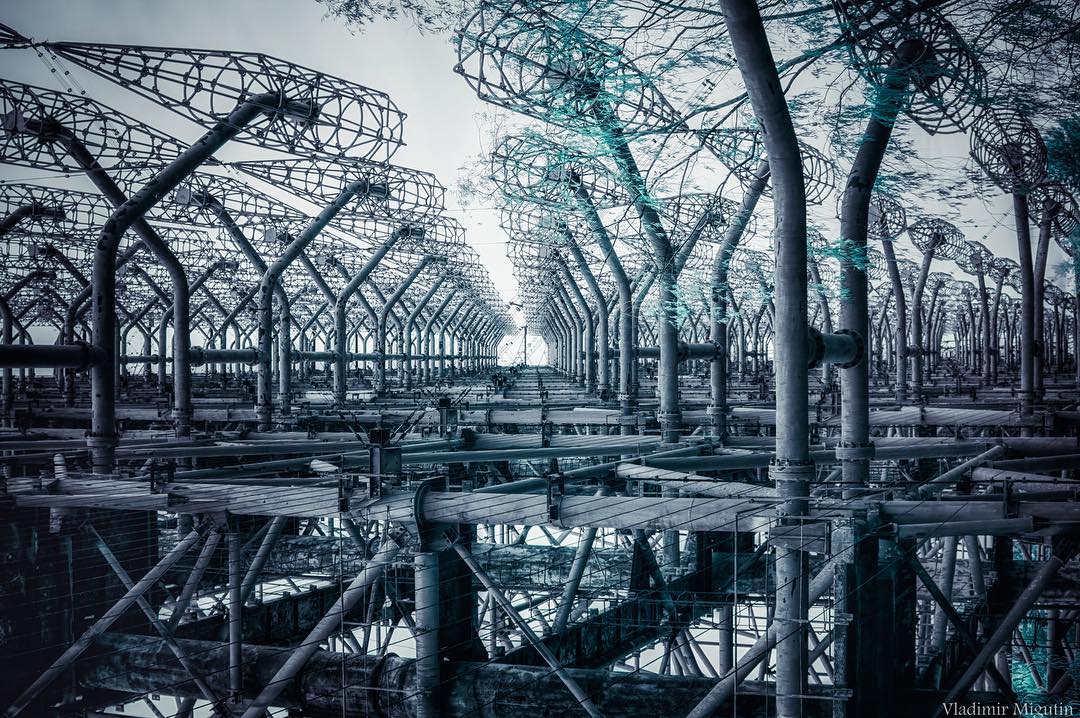 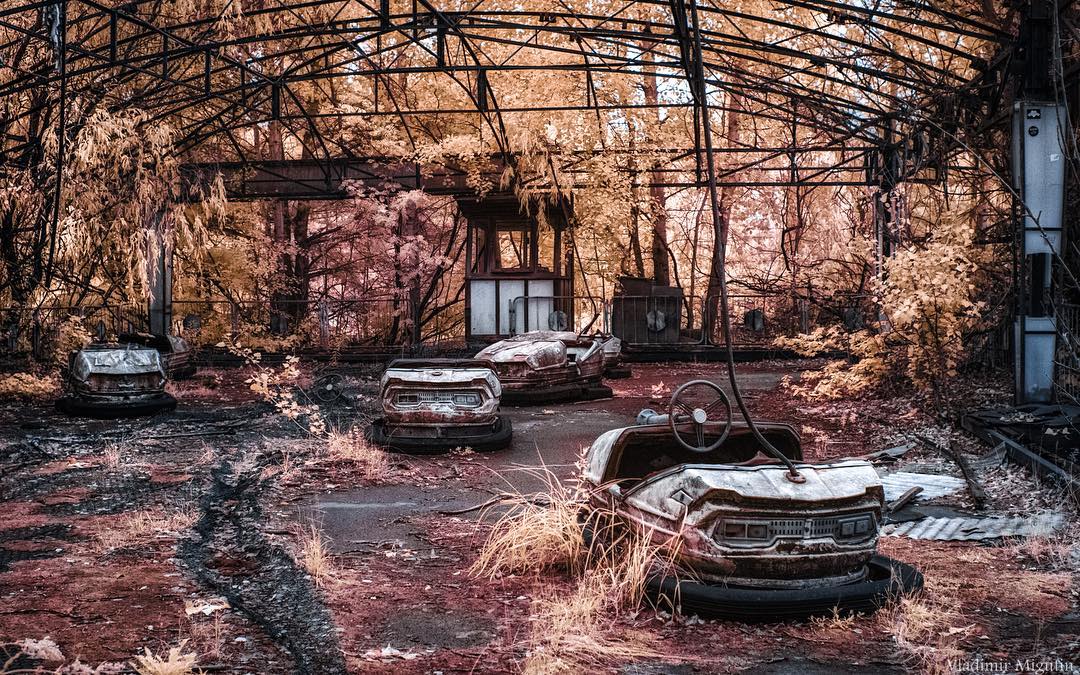 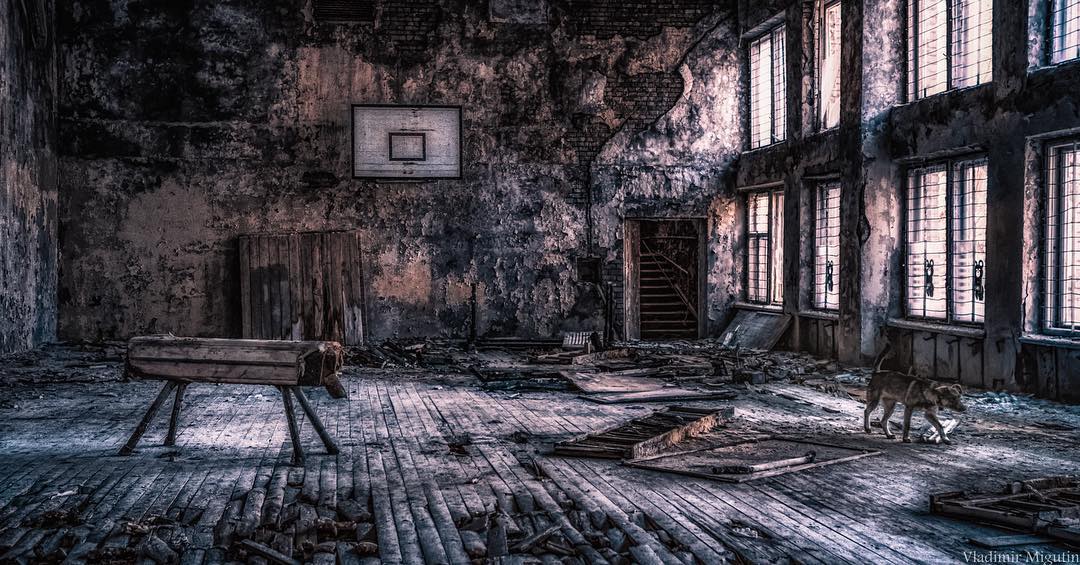 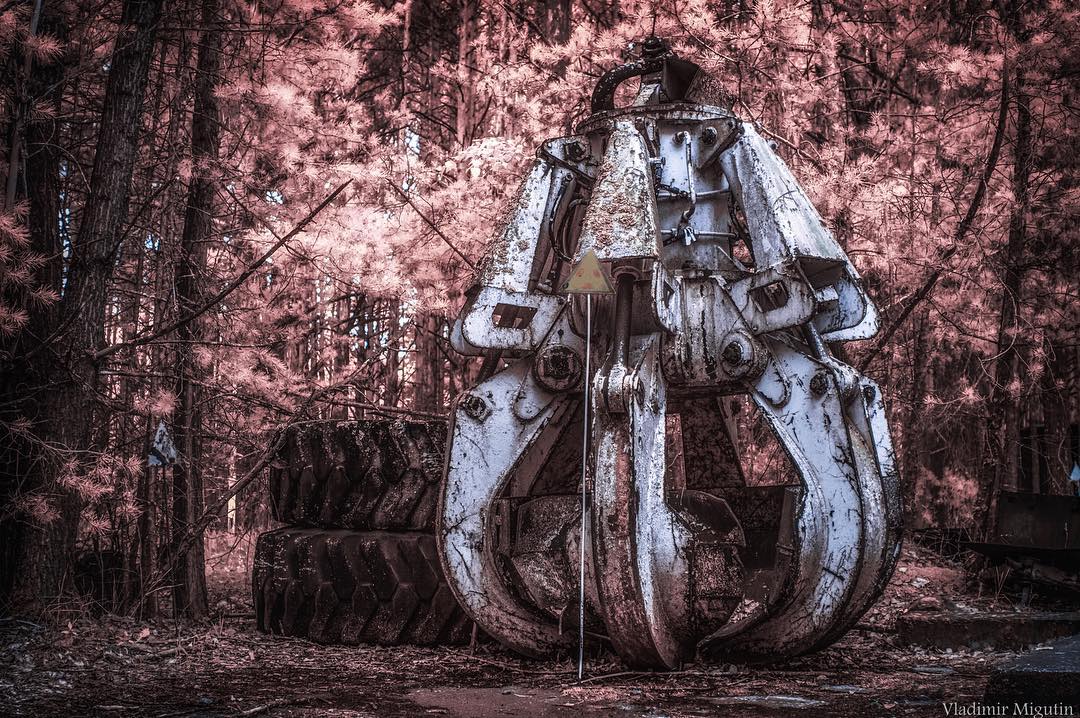 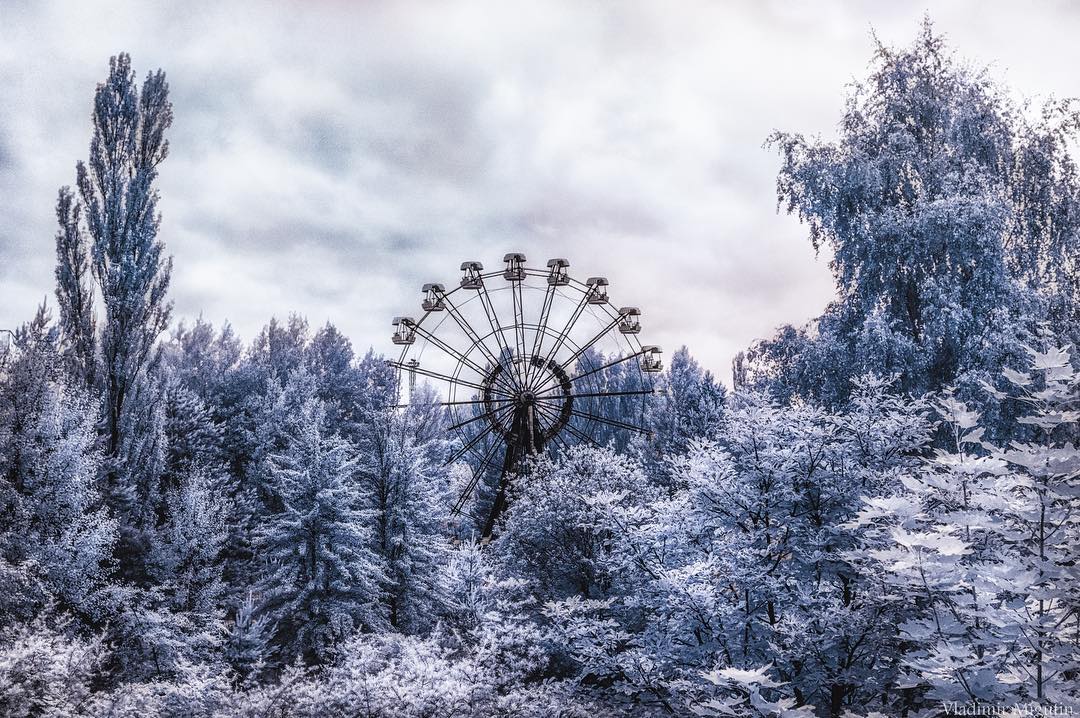 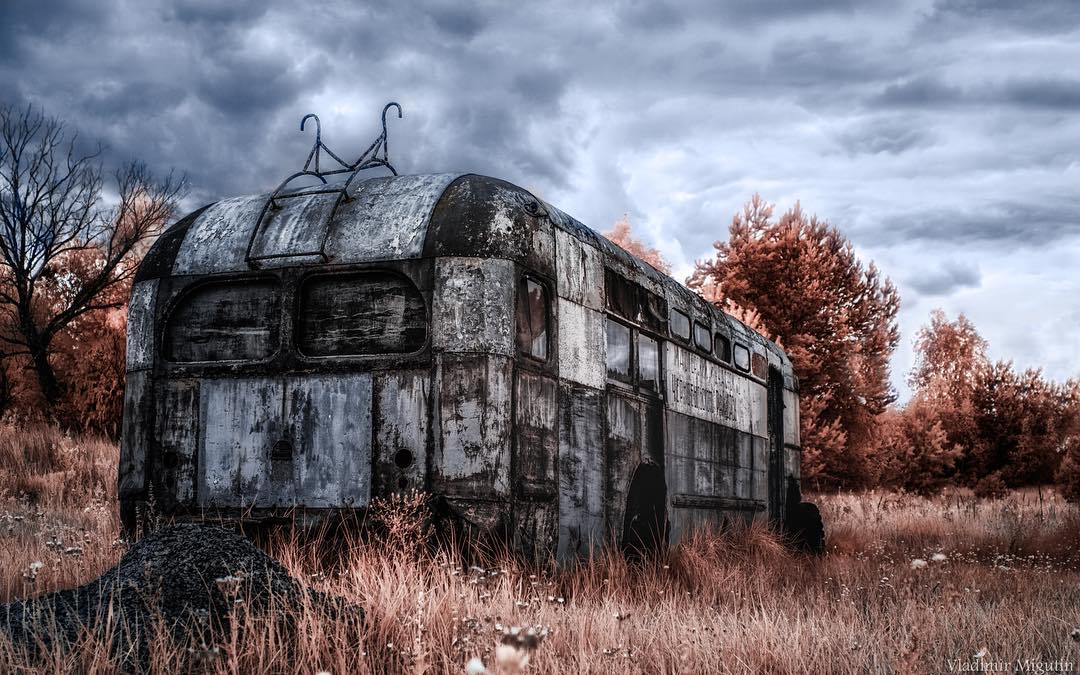 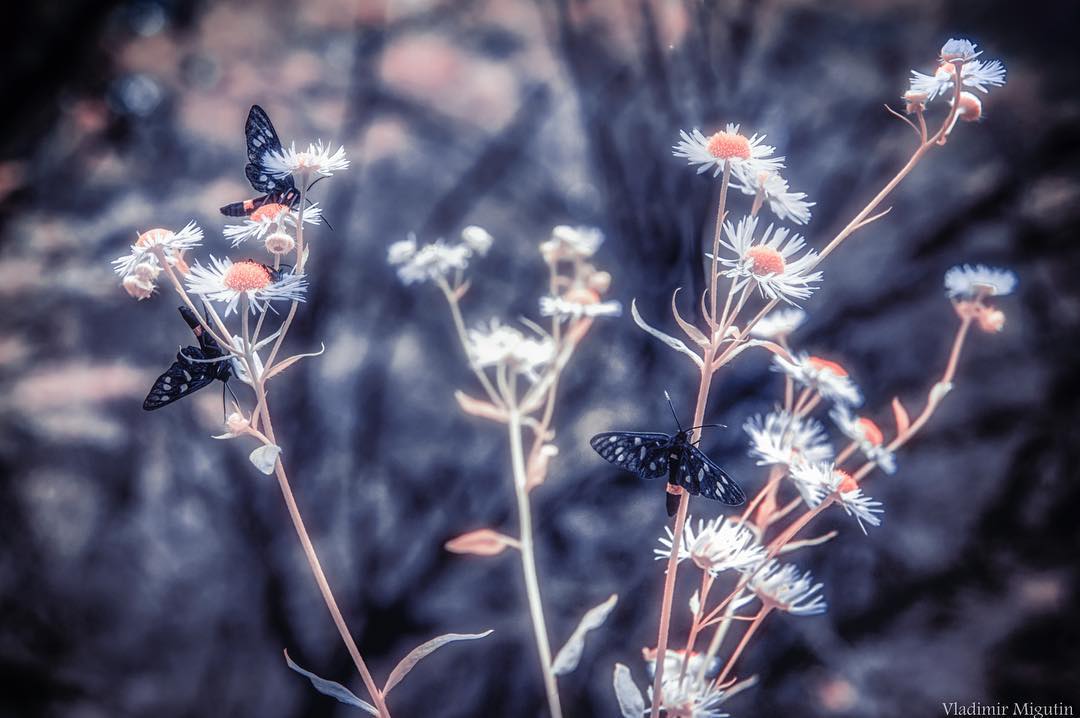 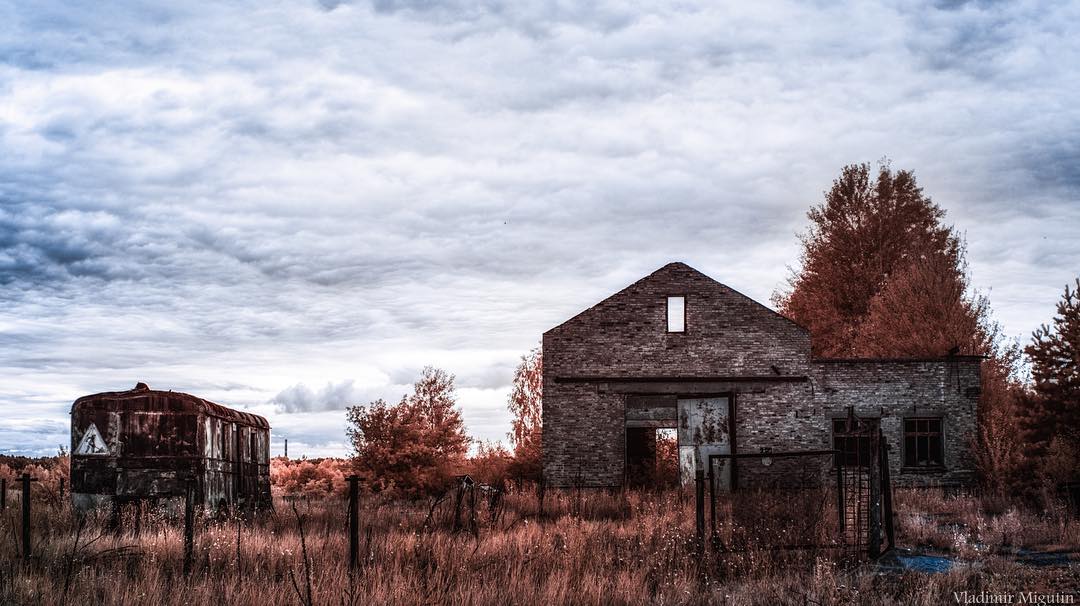 Russian Photographer Captures Breathtaking Photos Of Milky Way Mirrored On Salt Flats In Bolivia
Haunting Colorized Photos Reveal The Devastation Caused By The Spanish Flu Which Killed At Least Fifty-Million
Photographer Blair Bunting Powerfully Captures Awe-Inspiring Shots of Trains in Motion
This Guy Shot 50,000 Pics To Make An 81MP Photo Of The Moon
2021 Lavazza Calendar: The New Humanity
Winners Of The 2017 Underwater Photographer Of The Year
Family Of Romanian Photographer Moved To A Small Town In The UK And He Started Discovering The Beauty Of This Country
Photographer Captures Remarkable Images Of Largest Cave In The World
Winning Photos Of The UK Dog Photographer Of The Year 2018
"Poetic Dance in Nature": The Pastel and Romantic Universe of The Photographer Alexandre Delamadeleine
These Autochrome Photos From The 1920s And '30s Resulted An A Painting-Like Quality That Not Even Today's Best Instagram Filters Can Replicate
A Fascinating Photo Project About The Reflection We Want To See In The Mirror
Striking Photos Documented Life of African-Americans in Chicago's South Side in 1941
Surreal Self-Portrait Photo Manipulations By Annegien Schilling
"Dolls And Masks": The Wildly Strange Family Album Photos Of Ralph Eugene Meatyard
Southwest: A Small World Project
Wonderful Photos Of John F. Kennedy With His Children In Halloween Costumes In The Oval Office
This Adorable Series Documents A Toddler And Her Pup Growing Up
93-Year-Old Grandma & Her Grandson Dress-Up In Ridiculous Outfits, And It’s Brilliant
Vintage American Landscapes By Michael Eastman
Lithuanian Photographer Took A Pictures Of The Most Colorful Old Garage Doors In Her Country
2016 CWAS “David Malin” Awards Finalists
This Is What Iranian Women Looked Like In The 1970s
Photo of the Day: Emotions
chernobyl, migutin, paradise, photographer, stalker, vladimir