Alone Together: Photographer Portrays Ordinary People In Their Homes In A Downbeat And Ultra-Stylised Manner 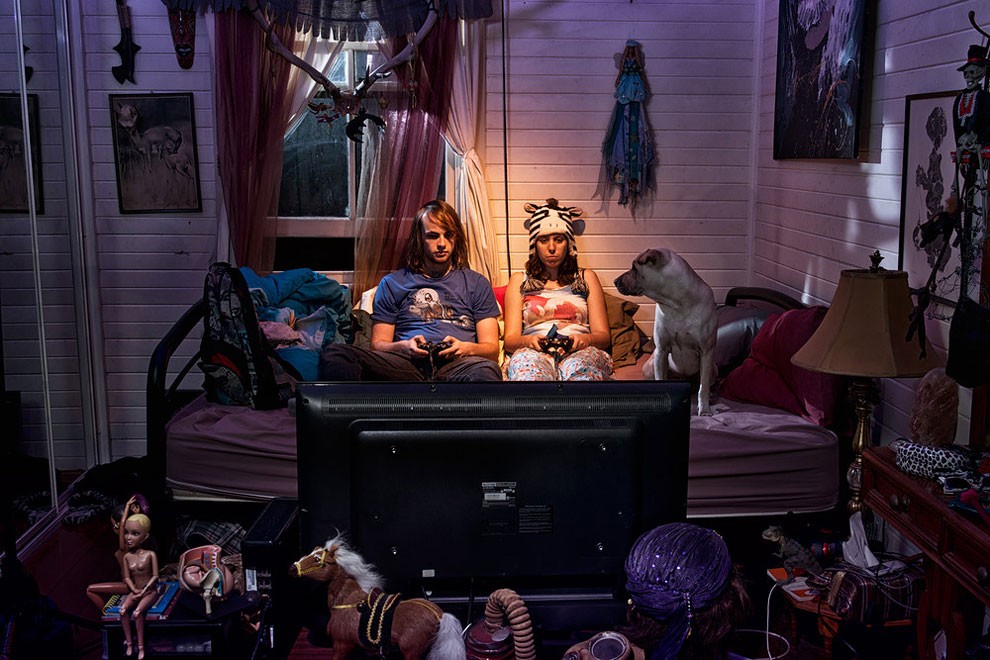 In his series of untitled photographs Nobody Claps Anymore, the Mexican-American photographer Alec Dawson portrays ordinary people in their homes in a downbeat, ultra-stylised manner. Staring into space as they watch TV or water the garden, the real-life subjects of photographer hint at vast reserves of boredom and regret. 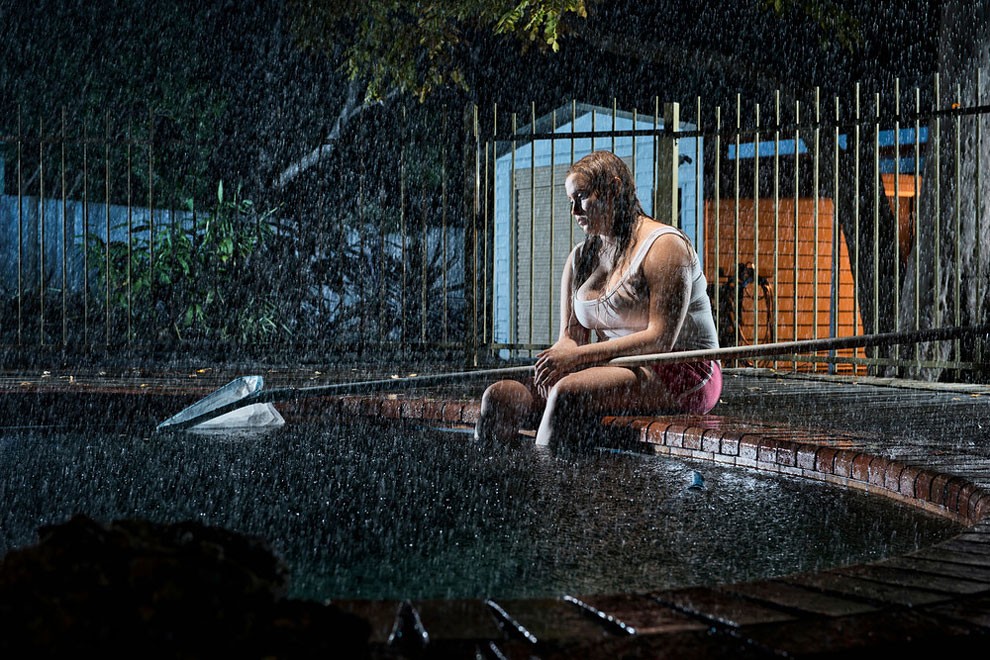 Each of them appears caught in contemplation or ennui as everyday life goes on around them. 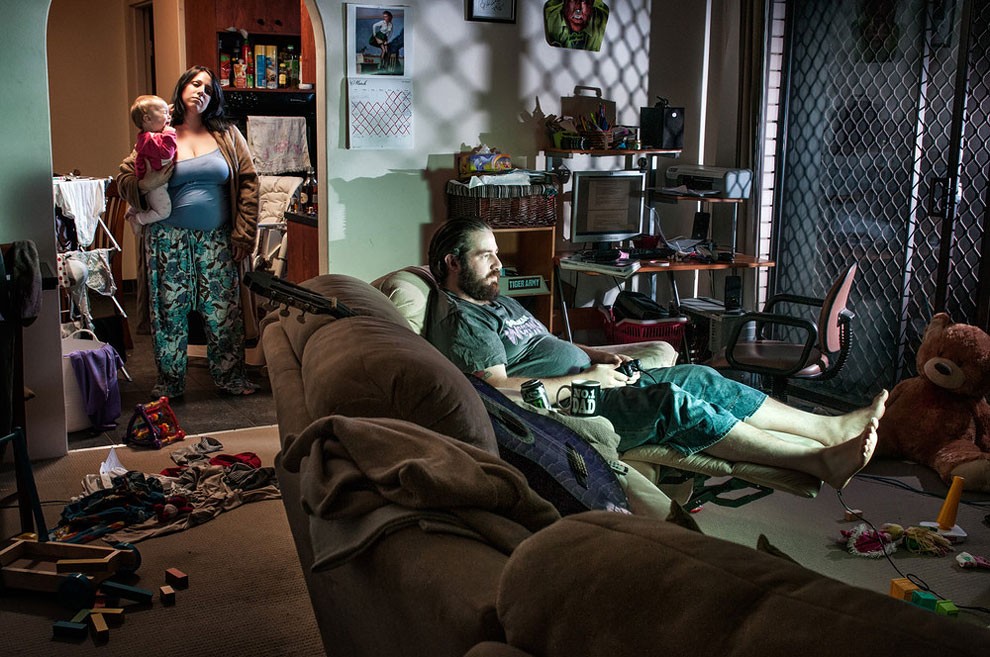 Dawson, who works as a civil engineer and has no formal training in photography, keeps the houses of his subjects largely unchanged, but brings in cinematic lighting to throw sharp shadows and dramatic highlights on them. 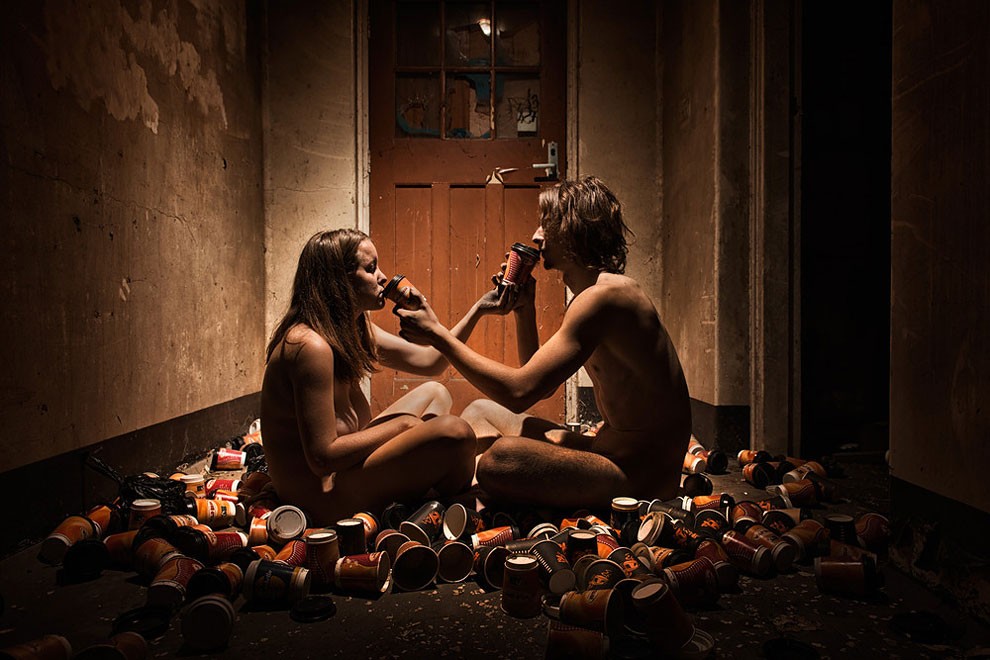 “I appropriate the real life settings where people live”, Dawson has said. “What I do is establish the composition, lighting, mood, and suggested narrative”. 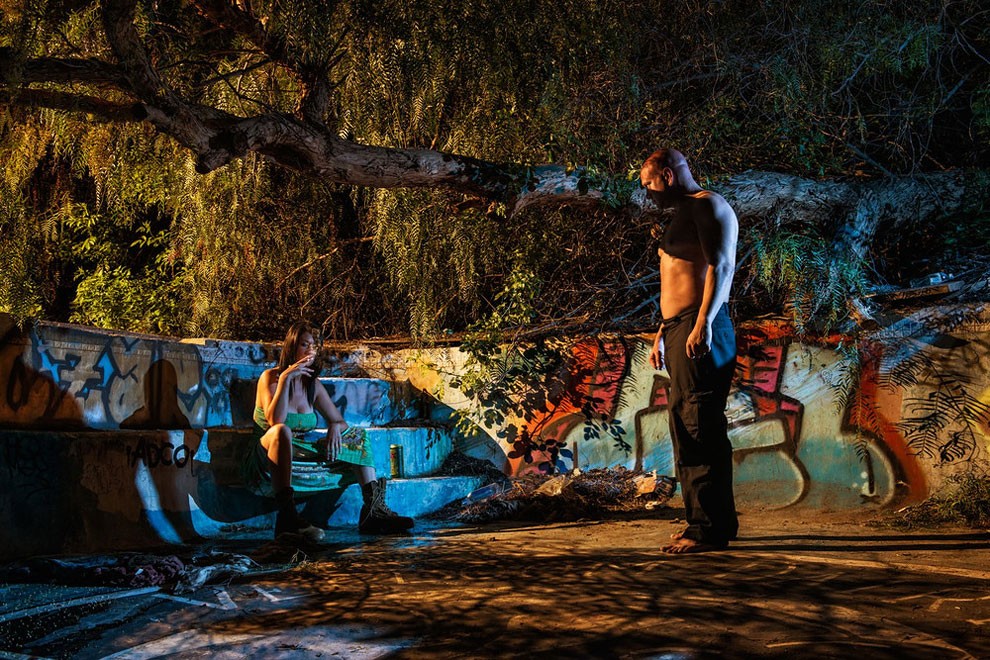 He says that the similarly styled and lit photos of Gregory Crewdson were an influence, but where Crewdson created film sets and hired actors, Dawson uses less artifice.

“I don’t build those “sets” from scratch. Most of them are largely authentic”, he says. 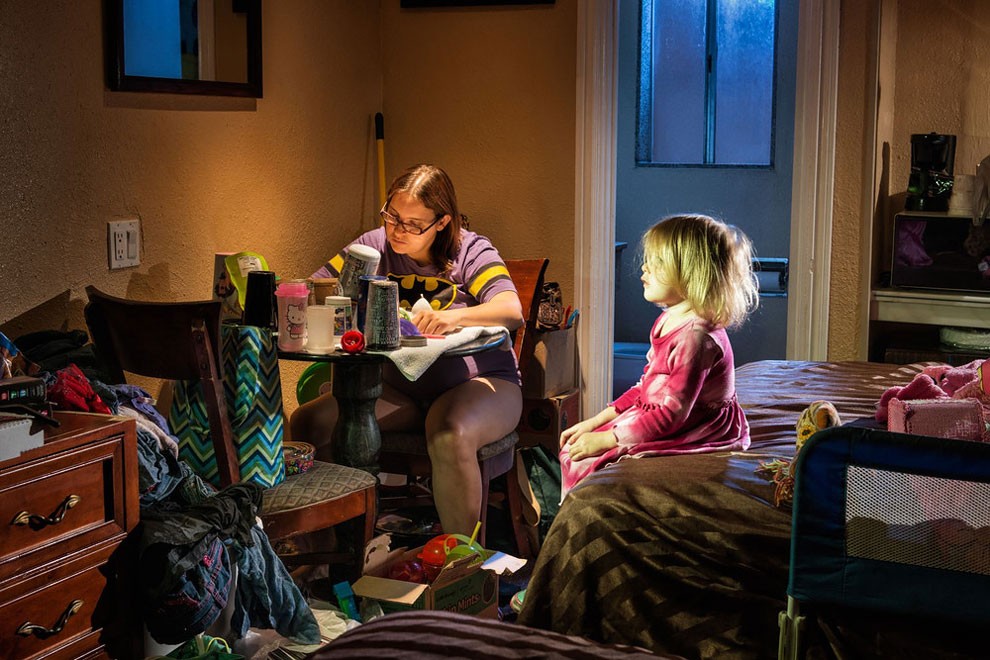 In a short essay on his website, Dawson describes the series: “My photographic works are about internal emotional dramas which often reveal themselves in quiet solitary moments in people’s homes”. 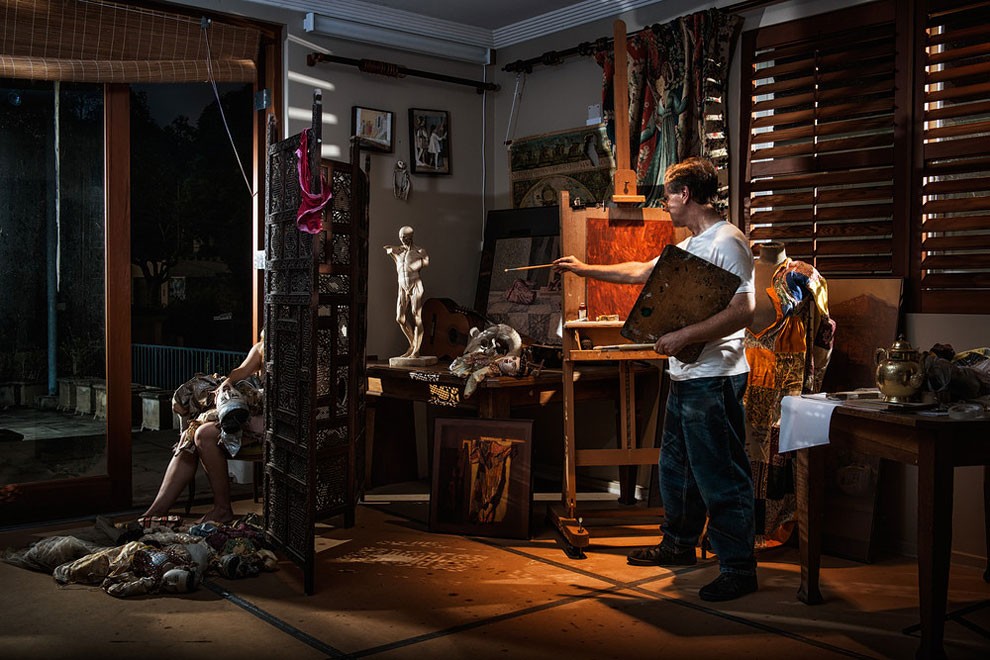 “The series’ title, Nobody Claps Anymore, was inspired by an emotional realisation that I experienced when my plane landed in Melbourne. Hundreds of tons of metal, carrying hundreds of passengers, silently flared momentarily before the tires collided with the runway. The nose of the plane heaved forward. The reverse thrusters roared and rapidly decelerated the plane. As the plane turned off the runway onto the taxi-way the individual joints in the pavement were perceptible as the plane lumbered to the gate”. 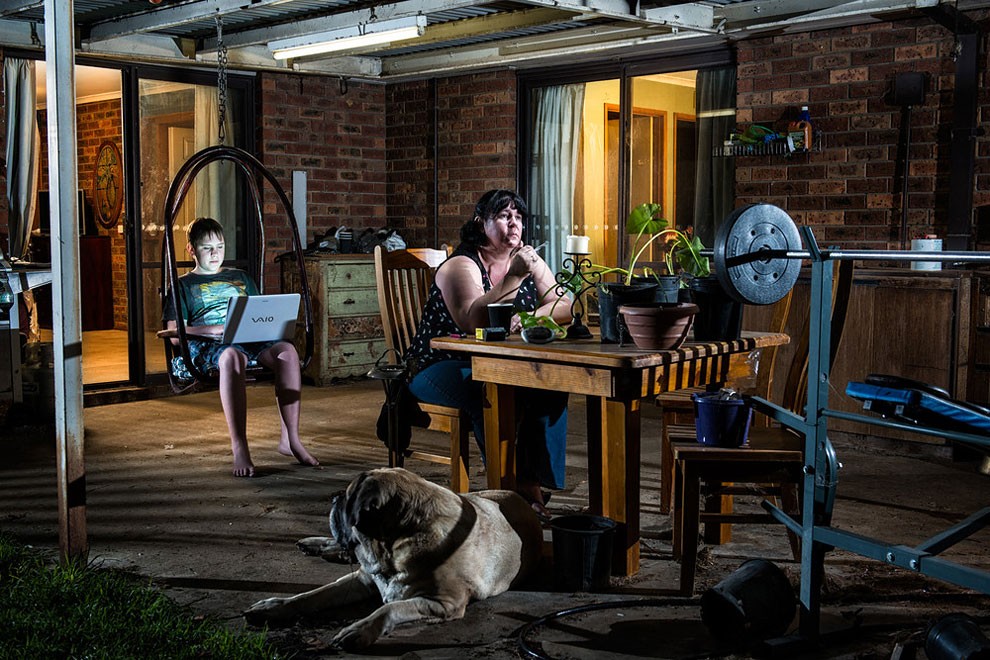 “Eventually the plane parked and I heard the sounds of belt buckles, zippers, and the rustling of bags. It all happened in silence. Not a word uttered. No applause. The audience had forgotten to clap”. 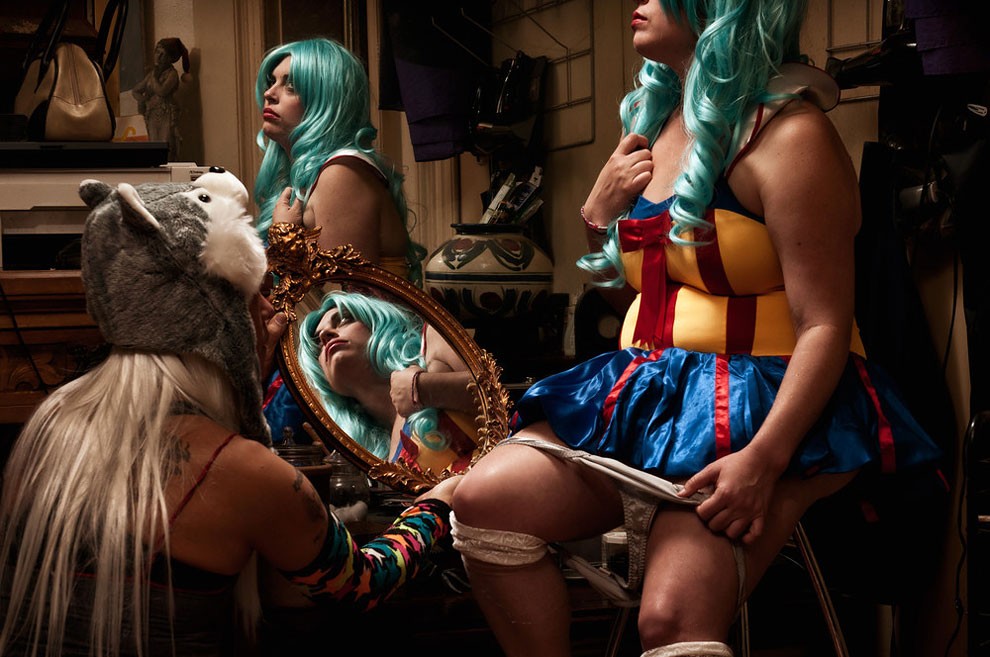 In another interview he describes the scenes: “I am picking up the things in their life that reflect my depression … Nobody Claps Anymore is my response to my own emotional cancers: regret, isolation, anxiety, and depression. It is my de-facto art therapy”. 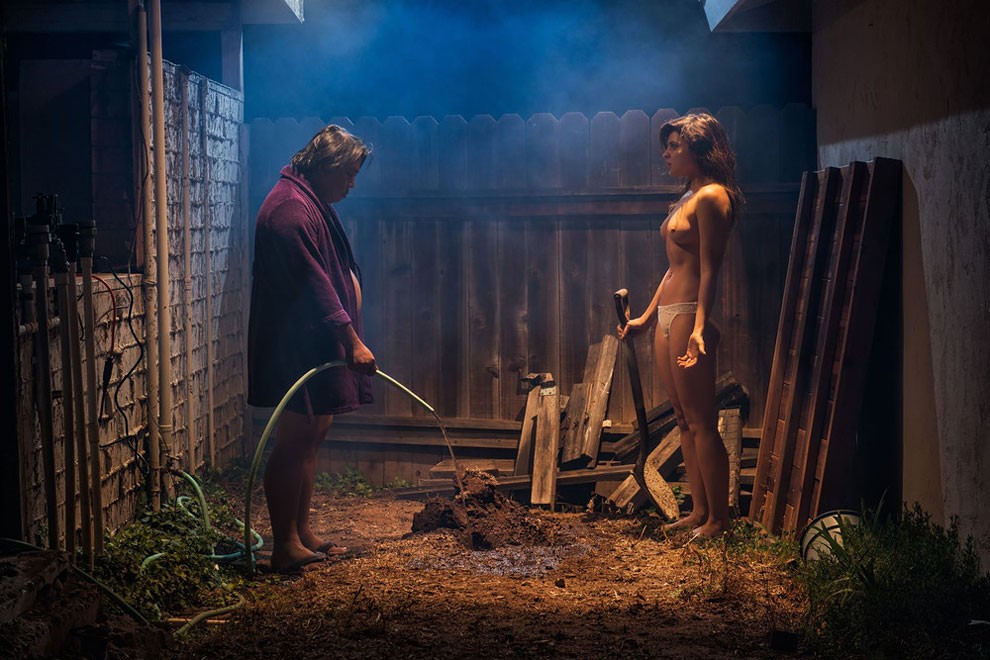 The photos can have a lasting effect on the people in them, who sometimes see something new in themselves.

“Sometimes they feel confronted by what they are seeing because I am reflecting back to them their existence, and it can be a hard thing to look at”, Dawson says. “I’m not taking a glamour shot, or a shot influenced by a lot of advertising language. I’m trying to reflect a sad reality”. 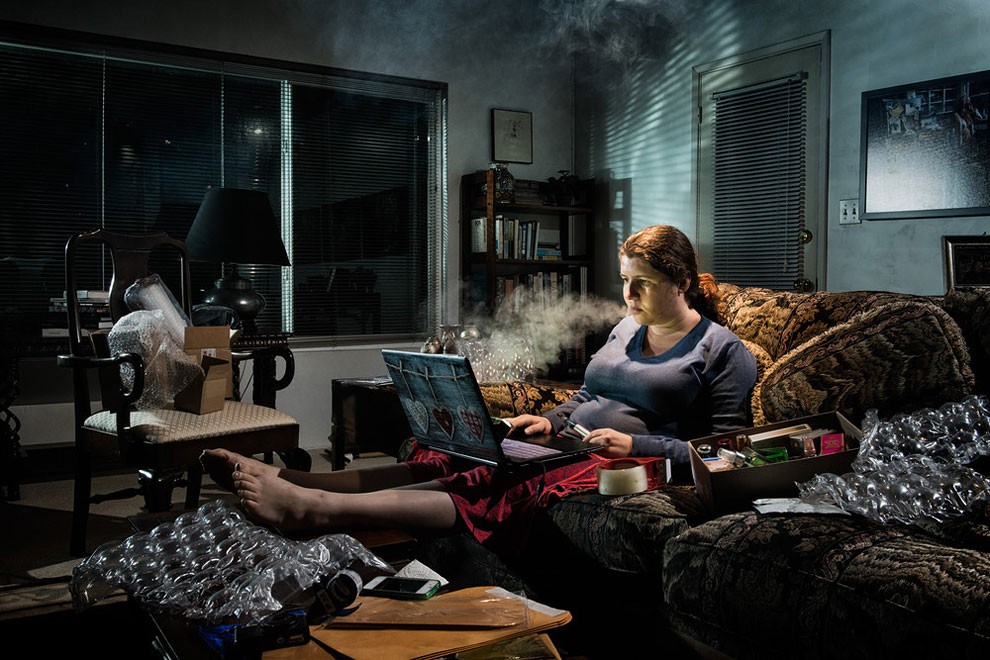 Other Dawson series include Nocturna, where naked subjects sit alone in outdoor locations. Made in 2014, it reflected his “fears of both literal and metaphorical homelessness” during a bout of depression:

“I was left with the notion that I would not have a warm happy place or future and that I would be relegated to scavenging for survival”. 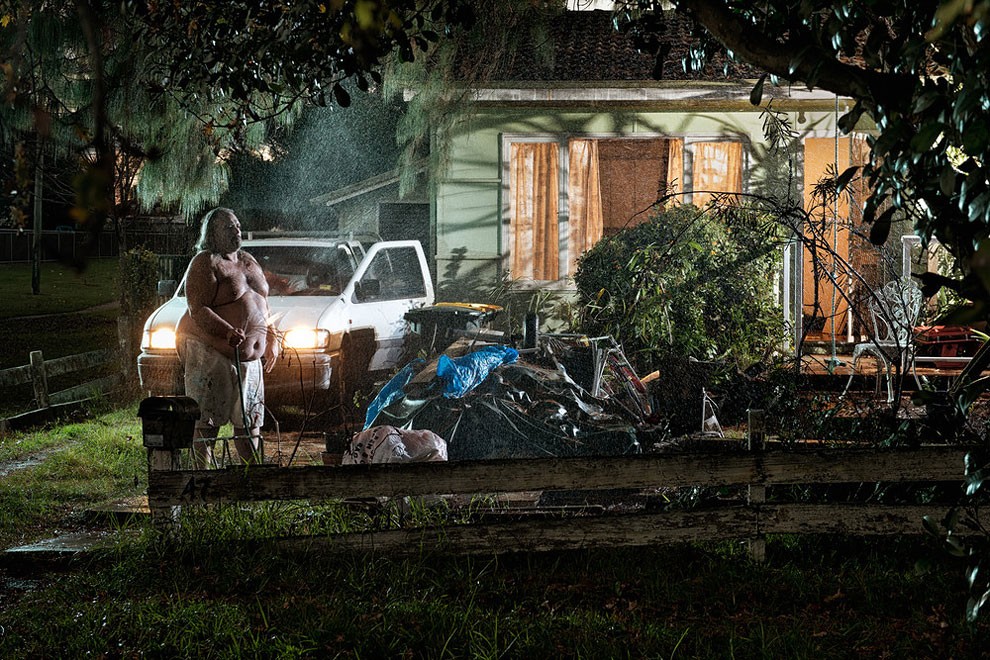 In Diplopia, meanwhile, he takes nude portraits and arranges them over one another in surreal and perception-altering juxtapositions.

“It would involve using available sunlight, maybe an abandoned location, double exposures, gestalt, forced perspective, and a nude woman. We’d work all day until we were tired or bored”.

Muslim Lolita Fashion Is A New Trend Inspired By Japan
"The Genesis Of Design": Check Out This Amazing Display Of Carpets In Caverns
Bearded Man Playfully Poses For Pin-Up Calendar To Raise Money For Children's Charity
Holi – A Kolkata Experience: Colorful Photo Series By Shubhayu Dasgupta
Daredevil Underwater Photographer Captures Stunning Images Of Humpback Whales In The South Pacific
2017 National Geographic Travel Photographer Of The Year – Nature
Photographer Asked Celebrities To Reveal Their Public And Private Personalities In Intimate Double-Portraits
Wake Me Up Before You Go-Go! Brilliant 1980s Pop & Rock Music Publicity Photos
“The Lonely Astronaut”: Whimsical And Surreal Photography Series By Karen Jerzyk
Sensual Fine Art Self Portraits by Beth Parnaby
These Twisted Vintage Portraits Were Made Before Photoshop
Wonderful Intimate Photos Of Women Villagers Who Run The Show In Rural Russia
Winners & Finalists Of Street Photography Awards 2021
"Alleyways": Malaysian Nights in Cyberpunk Aesthetics by Ying Chung
A Couple Find The Exact Locations From Movies And Films And Do Their Best To Recreate Scenes From Them
The Indian Photo Festival Portrait Prize 2021 Finalists and Winners
2014 National Geographic Photo Contest, Week 2
"Portraits Of Bedlam": Haunting Photos Of Patients Treated At Britain’s Most Notorious Psychiatric Hospital In The 19th Century
This Looks Like An Ordinary Shed. But You’ll Never Guess What’s Inside.
The Art Of Natural Environment In Minimalist Photographs By Morgane Erpicum
Curious Fox Strikes Up Unlikely Friendship With Polish Photographer
This 'SWAT' Cat Has A Better Apartment Than Most People
Photographer Josef Ibarr Captures Close Portraits Of People After Eating Habanero Peppers
London-Based Artist Thomas Duke Recreates Film Scenes Set In London And Beyond
alone, ordinary, people, photographer, portrays, together