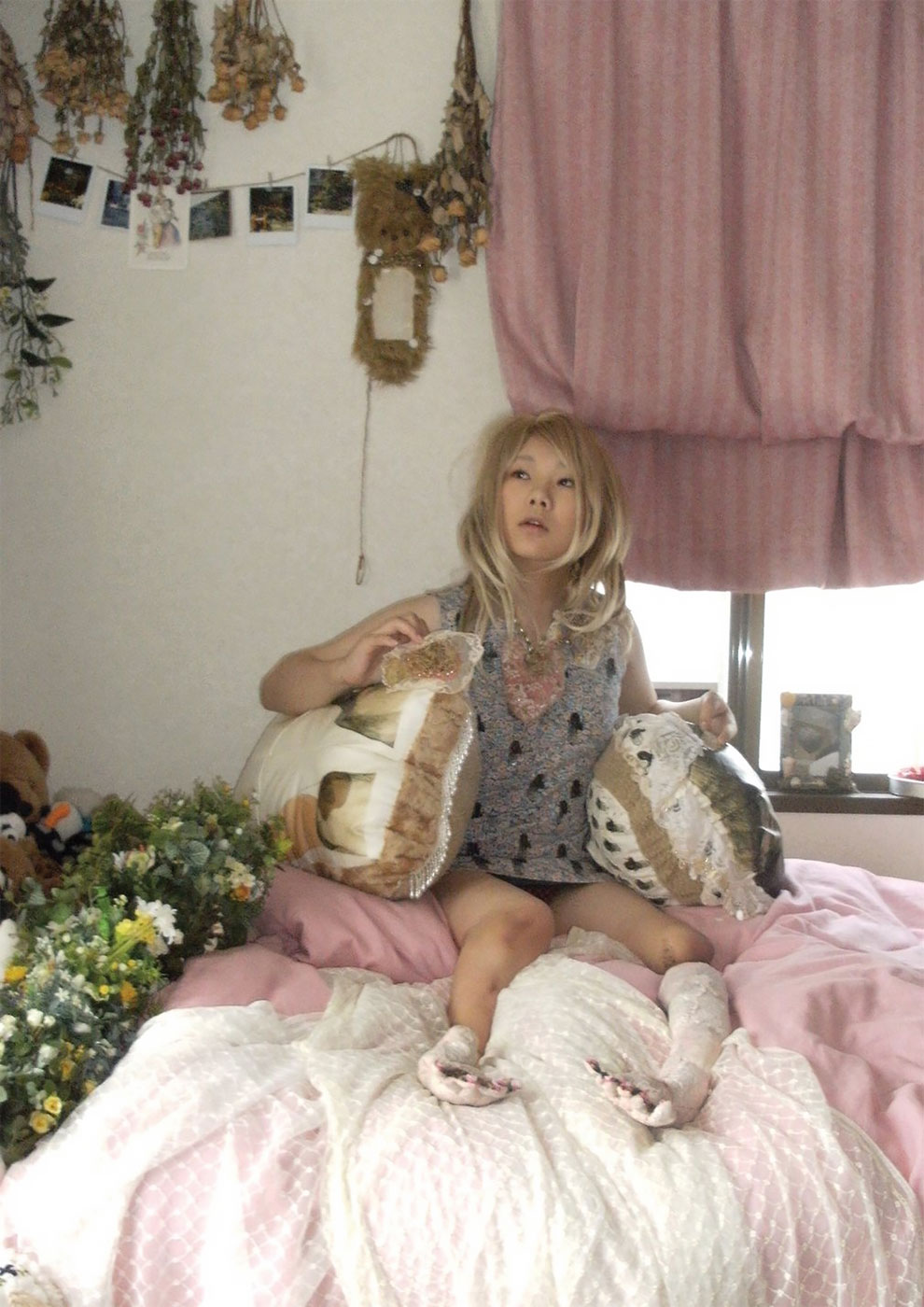 Born with a rare condition, the artist has chronicled her life in portraits – capturing everything from her tattooed prosthetics to the tentacled creature she stitched together on the shores of Naoshima. Katayama was born with tibial hemimelia, an extremely rare condition that stops bones in the lower legs from fully developing, often leaving them foreshortened. In her case, the condition also caused club feet and a cleft left hand that resembled a crab’s pincers.

Consequently, crab motifs recur in the work of the Japanese artist, who was also born under the sign of Cancer. Katayama is a star in the making, her work already attracting notice from collectors and curators in Europe and America – a rarity in the vibrant but insular world of Japanese contemporary art. Remarkably, Katayama never set out to be an artist. Her intricately embroidered and stuffed objects – inlaid with lace, seashells, hair, crystals and collaged images – were made purely for her own amusement. And art was far from her mind when she began to take portraits of herself.

Here: In My Room (2009). An early self-portrait, taken in Katayama’s childhood bedroom by her four-year old sister. (Photo by Mari Katayama/The Guardian) 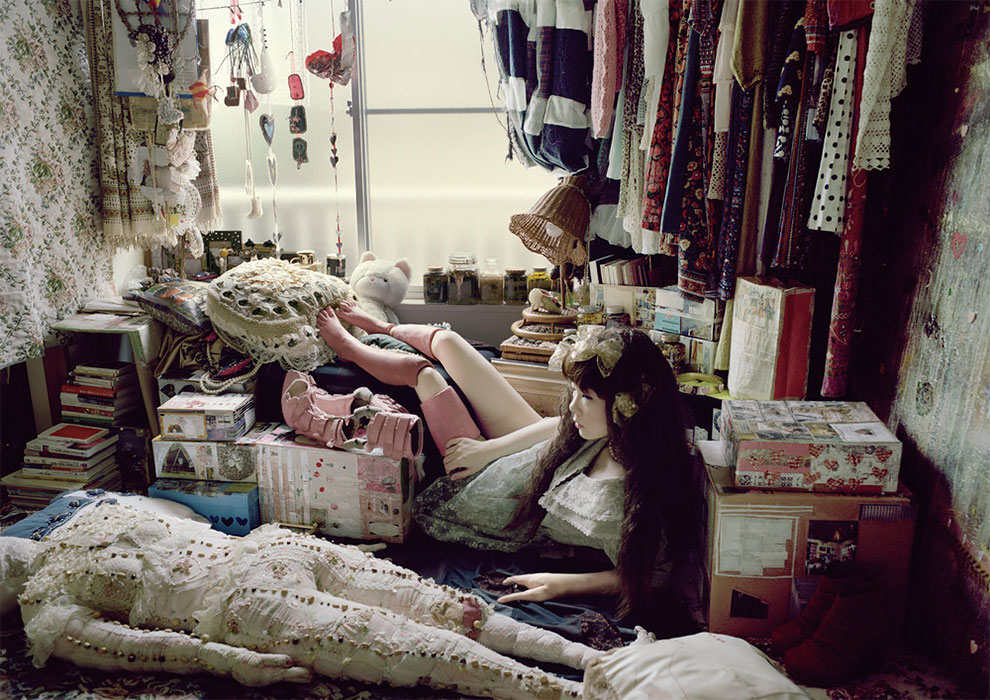 I Have Child’s Feet (2011). Posing with the prosthetic legs she used to wear as a child, after her own were amputated. Katayama’s old leg braces are placed beside her. (Photo by Mari Katayama/The Guardian) 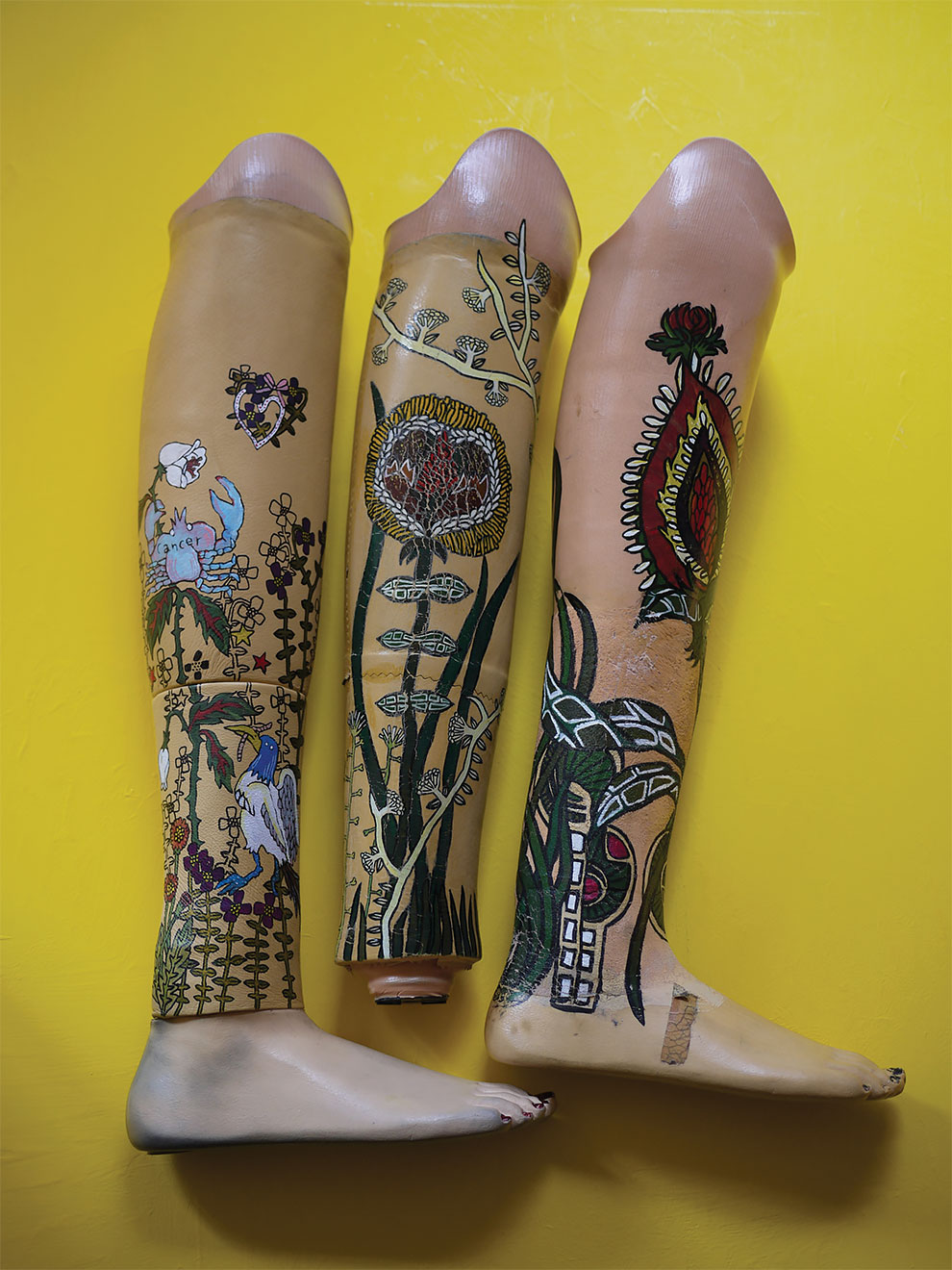 My Legs (2012). In her first year at high school, Katayama started painting her prosthetic legs with tatoo-like designs as a radical fashion statement. (Photo by Mari Katayama/The Guardian) 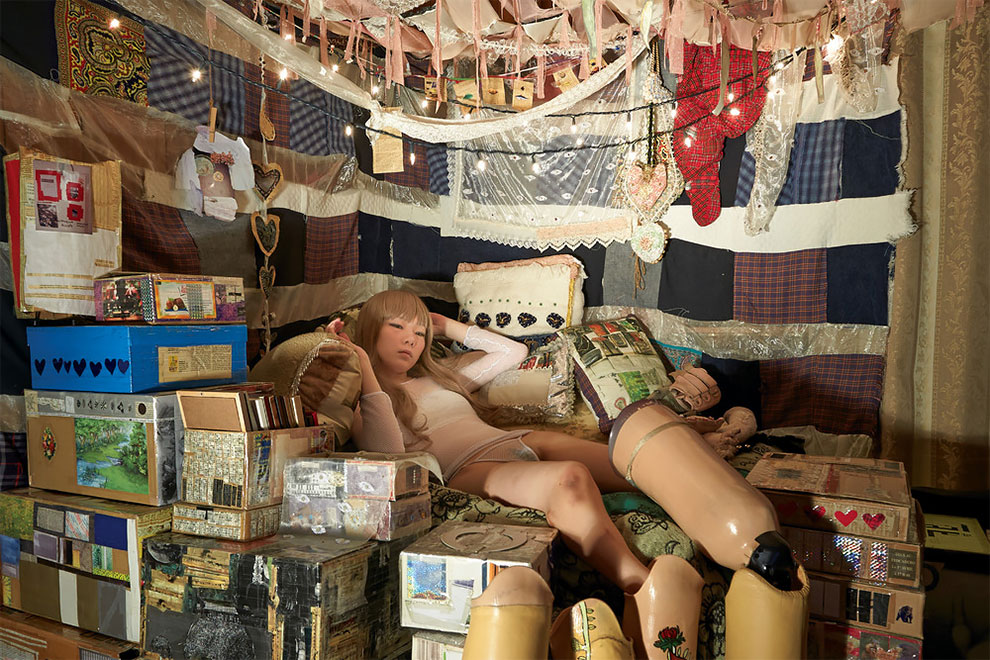 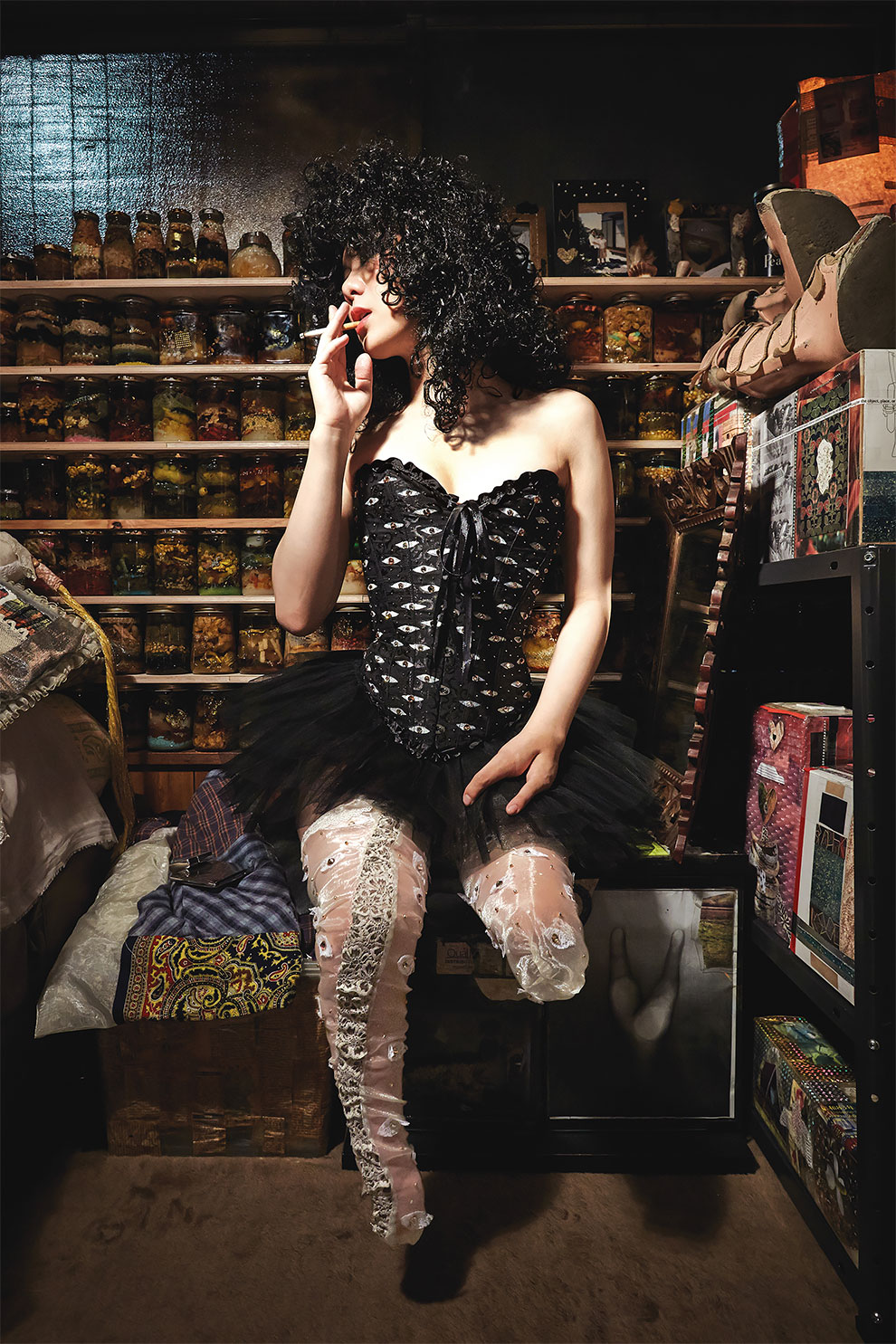 Ballet (2013). Rather than representing herself in her art, Katayama feels she is engaging in the kind of dressing up and fantasy role-playing she missed out on as a child. (Photo by Mari Katayama/The Guardian) 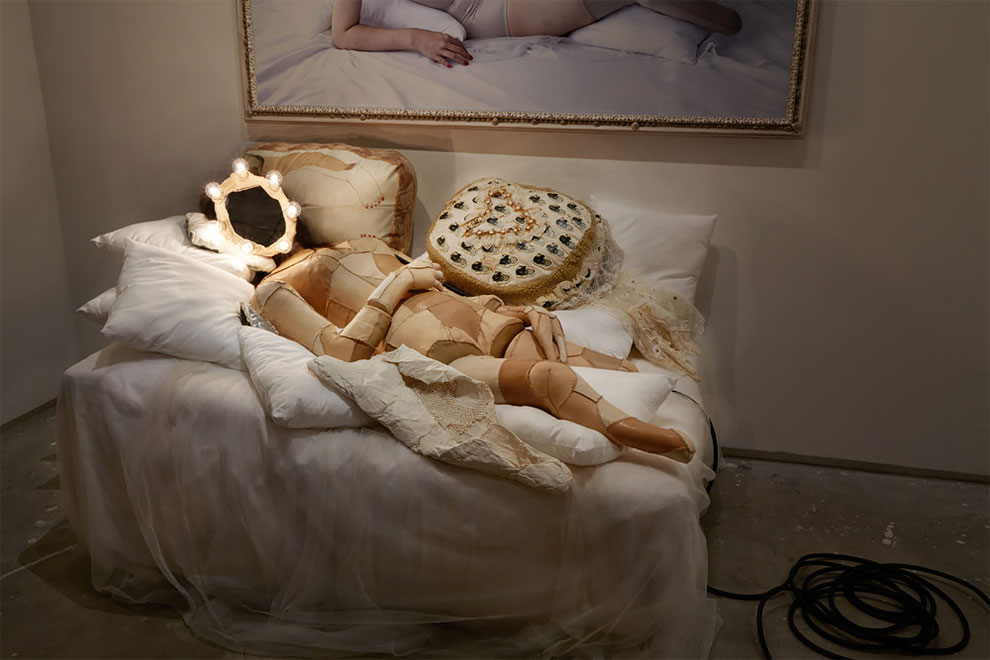 You’re mine #002 (2014). For this installation, Katayama had a plaster cast mould of her body made, then covered it in a hand-sewn patchwork leather “skin”. She made a wig for the mannequin out of her own hair. (Photo by Mari Katayama/The Guardian) 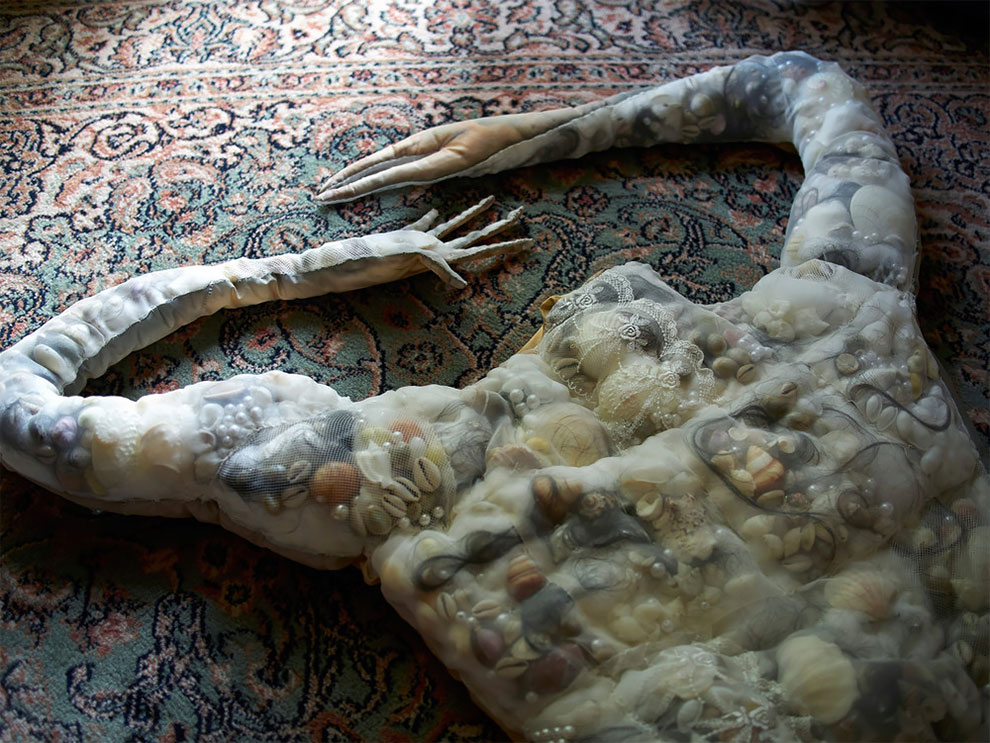 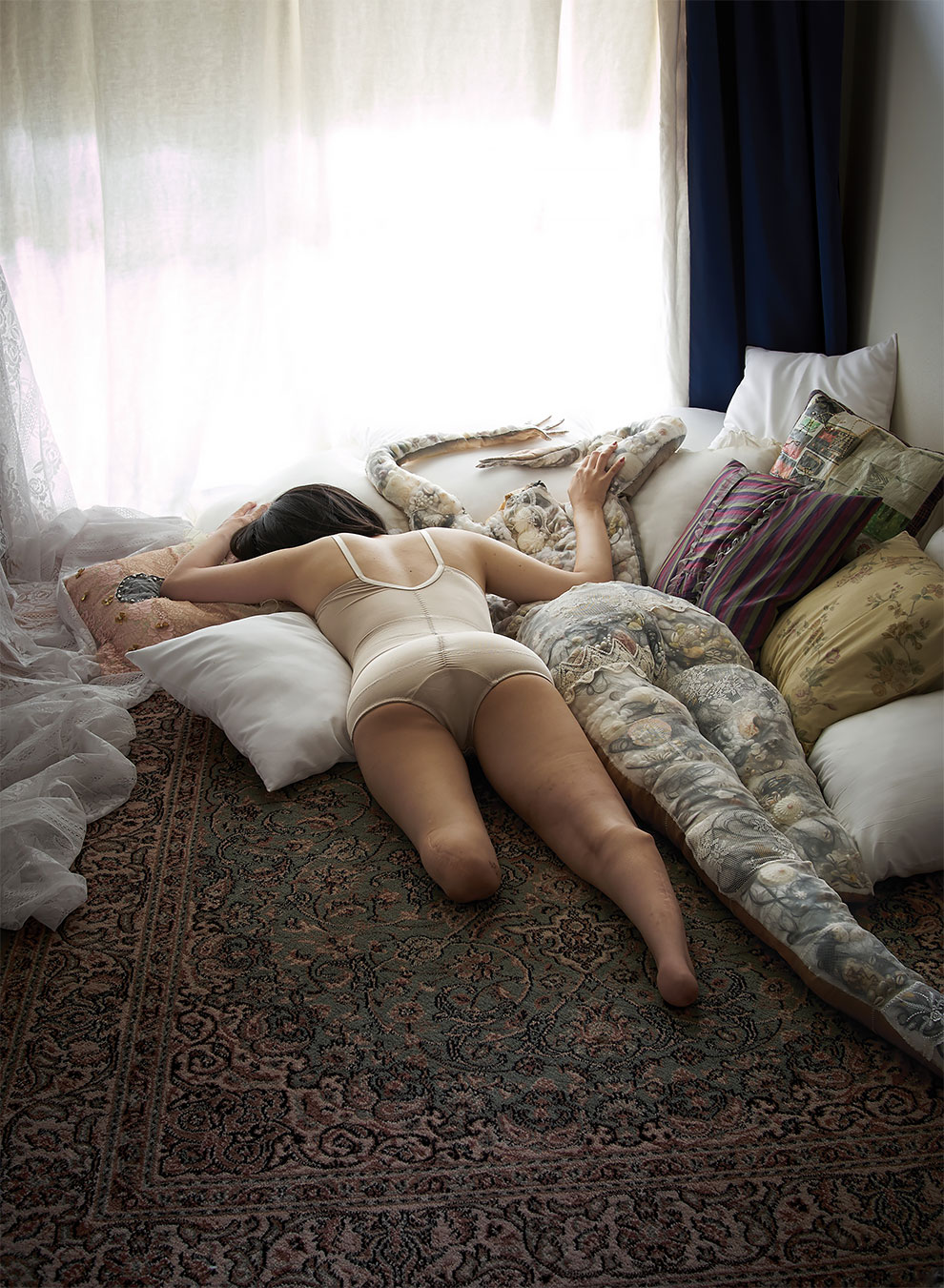 Thus I Exist #2 (2015). For the artist, her photographs are secondary. “If I make some objects and there is something about them that I find beautiful, then I want to photograph them”. (Photo by Mari Katayama/The Guardian) 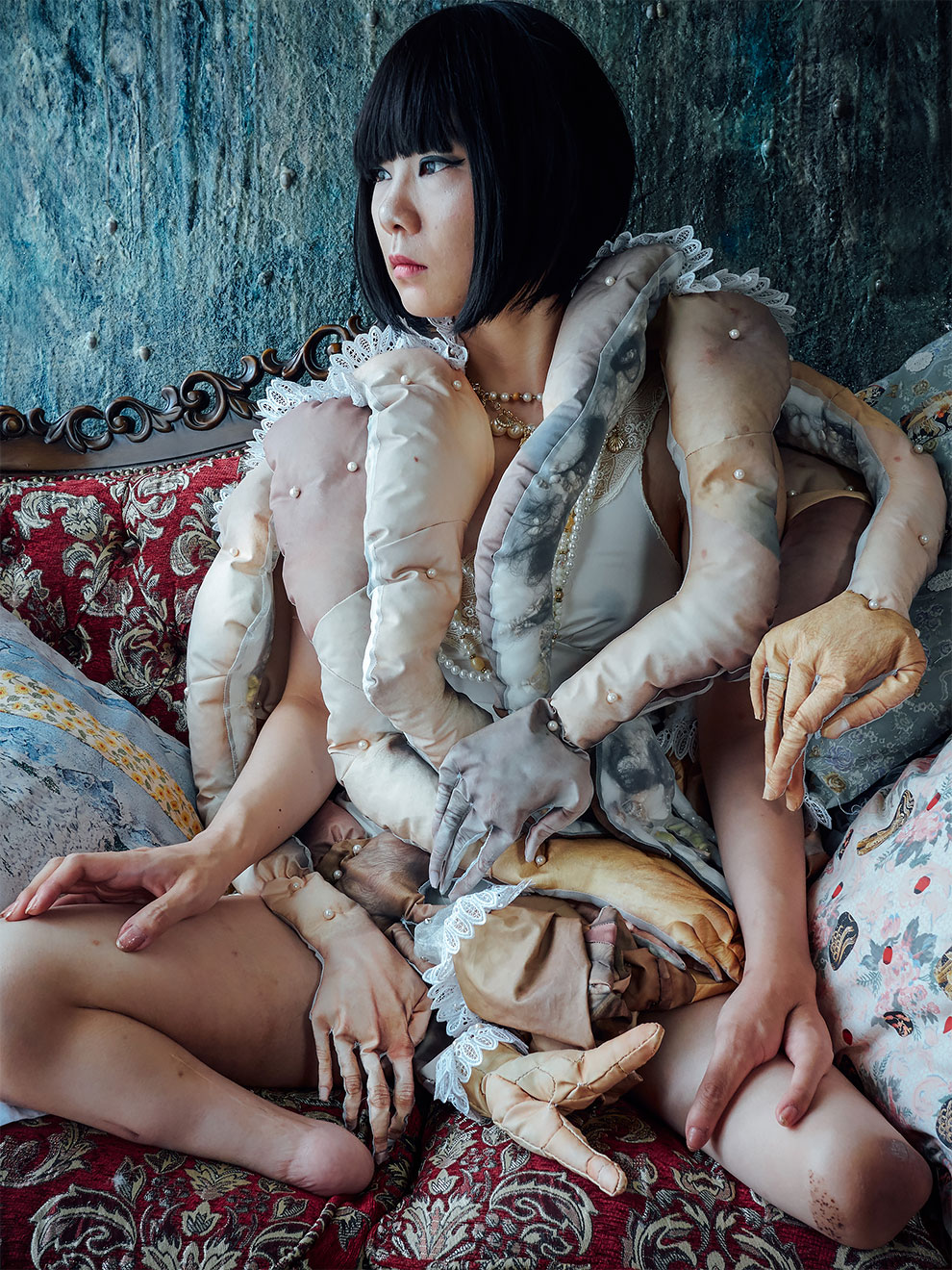 Bystander #02 (2016). For this work, Katayama photographed the hands of members of an all-female traditional puppet theatre group, printed them on to material and made them into a many-handed doll. (Photo by Mari Katayama/The Guardian) 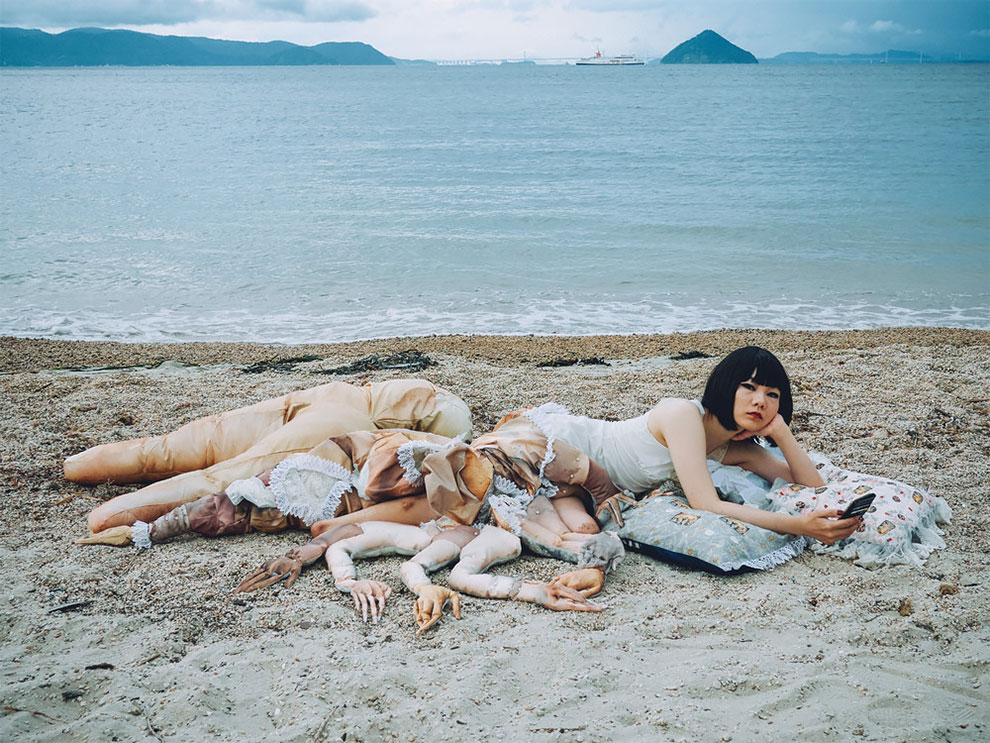 Bystander #01 (2016). Katayama lies on a beach in Naoshima, an island in Japan’s Seto Inland Sea. The work was inspired by Botticelli’s “Birth of Venus”. (Photo by Mari Katayama/The Guardian)

Amazon’s The Lord of the Rings Series Unveils Superb Character Posters
"One Day with Salvador Dalí": A Surreal Photo Shoot of Salvador Dalì in His Seaside Villa, 1955
Fantastic Photographs Of Native Americans In Ceremonial Masks, 1905-1915
Portraits From Brazil Crackland
Vintage Photographs Of People Posing With Job Hunting Signs On The Streets During The Great Depression
Belarus Fashion Week: Model Casting and Lingerie Show
National Geographic Reveals Its Most Popular Instagram Photos Of 2017
Rare Vintage Photos Of Dwellers Of The Russian North Over A Century Ago
Amazing Pictures Taken at Exactly the Right Moment
"Soul-Stealing" Photos Visualize the Dependence We Have to Our Phones
Spectacular Black & White Winning Photos From The International Garden Photographer Of The Year 2019
"Tyne Pride And Fall": Chris Killip’s Photographs Of Britain’s Vanished Industrial Heartlands
Inside the World of Men and Dolls
Photographer Captures Military Kits Through The Ages: From The Battle Of Hastings To Helmand
Photographer Captures Portraits Of People Facing A 240 MPH Leaf Blower
Before Bikini: Cool Photos of Women in Swimsuits From the 1930s
Two Girls Revisit Famous Film Locations
Compelling Portraits of People Who Abandoned Civilization for Life in the Wilderness
The Photographer Terry O’Neill Is Eighty
The Red Lights Of Parisian Cafés: Dark And Gloomy Photos That Will Fill You With Trepedation
The Best Winning Pictures From The 2019 Nature Photographer Of The Year
“The Lonely Astronaut”: Whimsical And Surreal Photography Series By Karen Jerzyk
Breathtaking Pictures From The Epson Panoramic Photography Awards 2017
Youth Gone Wild: Stunning Photos Of The Russian Underground Dance Culture
katayama, living, sculpture