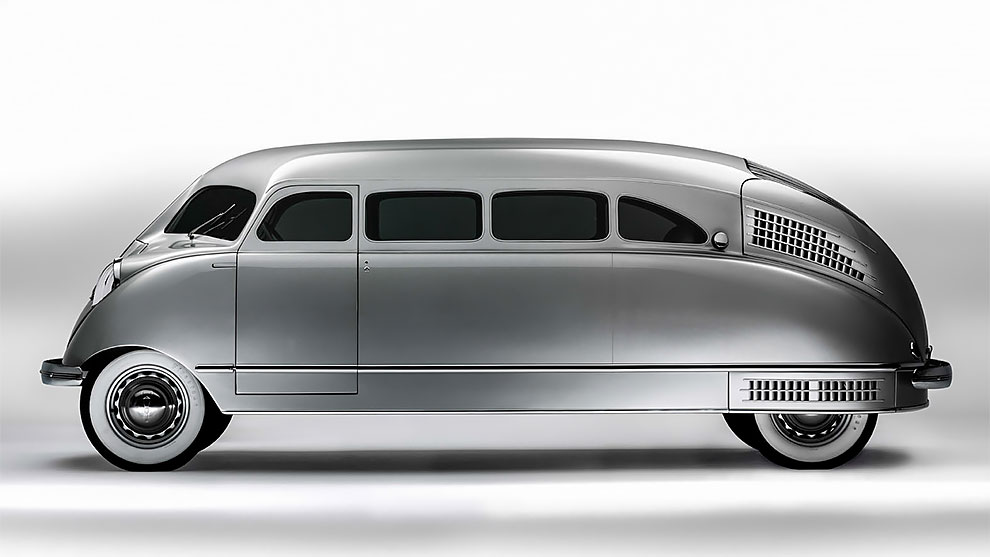 The 1936 Stout Scarab came about in the early 1930s when William B. Stout, head of the Stout Engineering Laboratories in Dearborn, Michigan, dreamed of rear-engine/rear-wheel drive. “When we finally ‘unhitch Old Dobbin’ from the automobile,” he wrote in Scientific American, “the driver will have infinitely better vision from all angles. The automobile will be lighter and more efficient and yet safer, the ride will be easier, and the body will be more roomy without sacrificing maneuverability.”

The Stout Scarab was a streamlined, fenderless, monoform six-passenger sedan that can stake a claim as the world’s first minivan. With a stubby front end, a boxy middle and a gloriously curved rear, the car certainly resembled its beetle namesake, the scarab.

The packaging was probably the Scarab’s greatest contribution to the development of the modern car. The wheels were placed at the corners, not unusual for the time, but rather than following the convention of expressing the fenders and running boards as separate design elements, the car’s body stretched right over them in a single, sleek form.

The engine was located in the rear, and the hood and front-end assembly were minimised. This allowed the passenger cabin to be stretched out between the wheels, giving the volume of a small room and the appointments to match. The driver sat immediately behind the front wheel, creating the first cab-forward architecture. 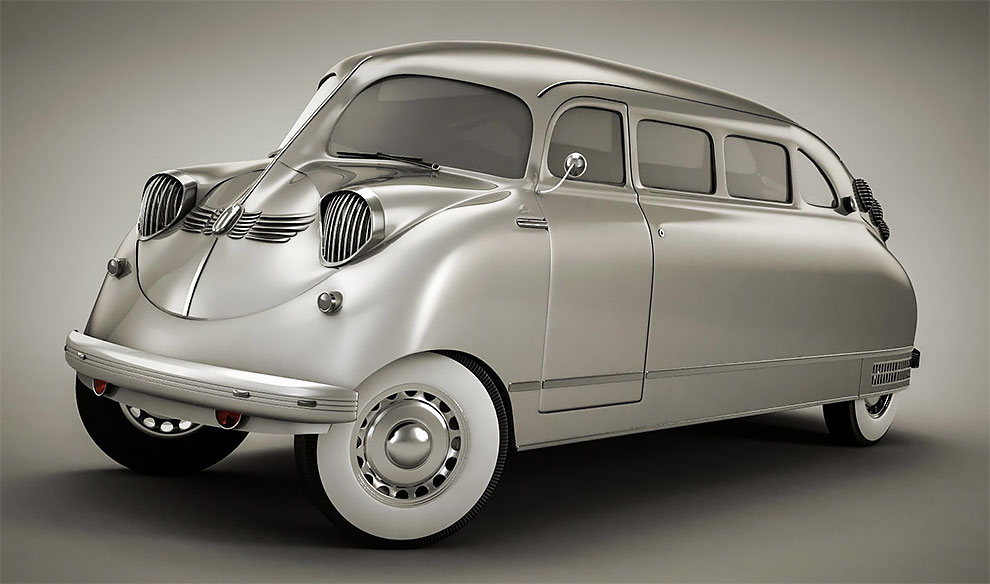 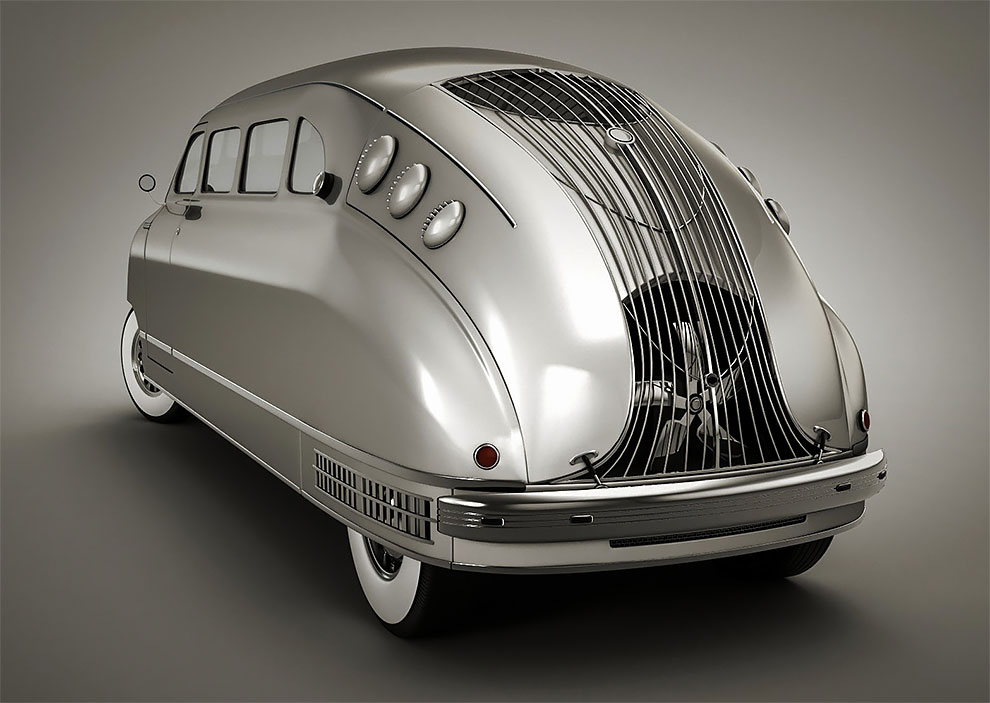 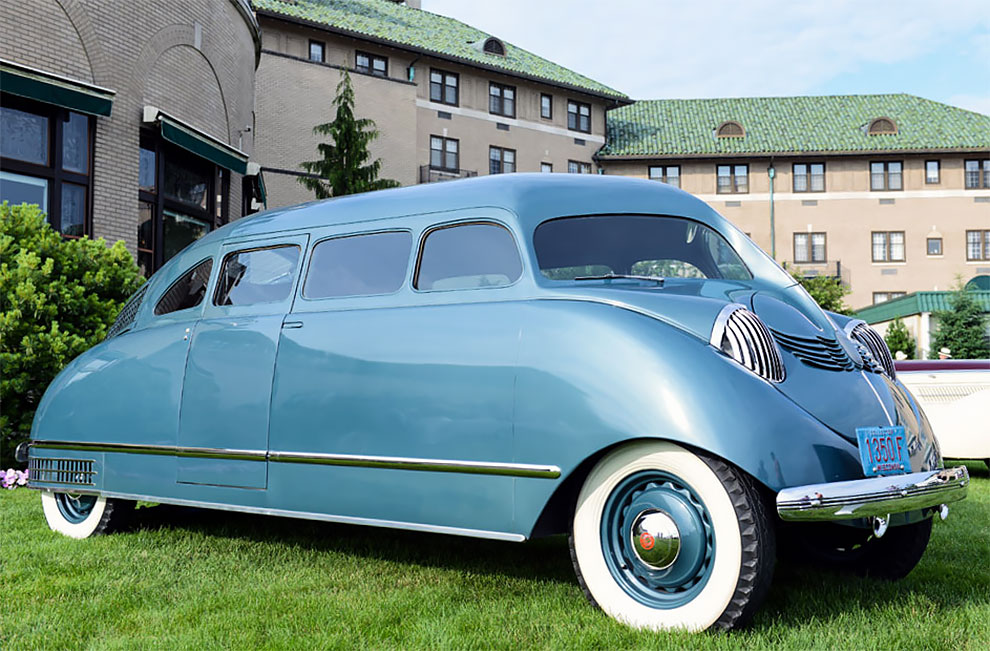 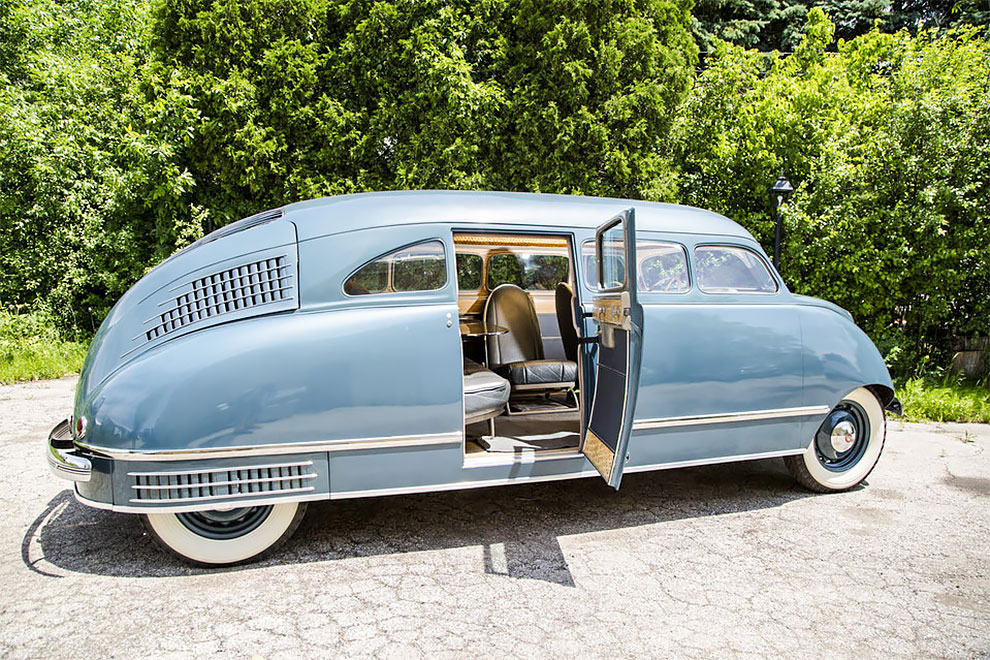 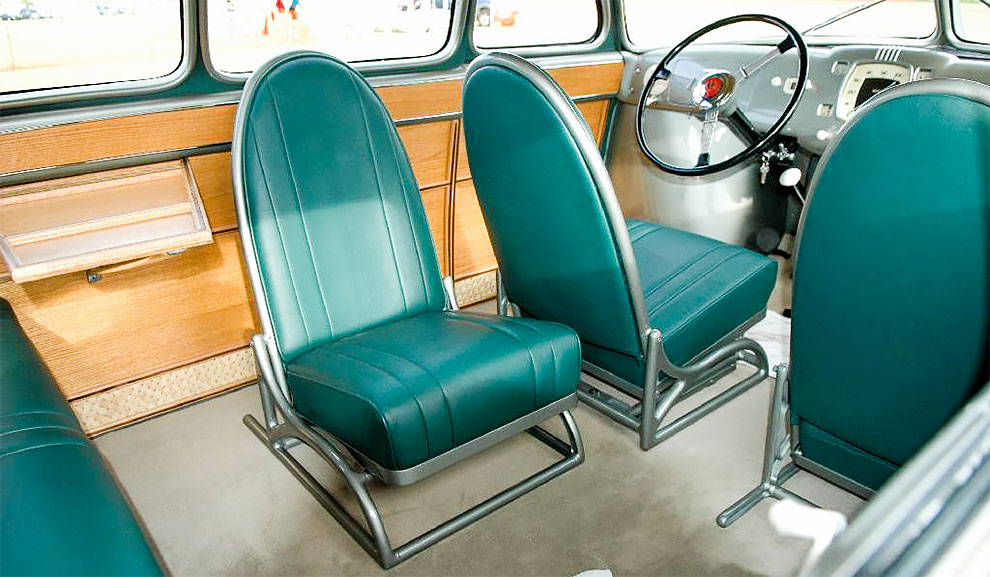 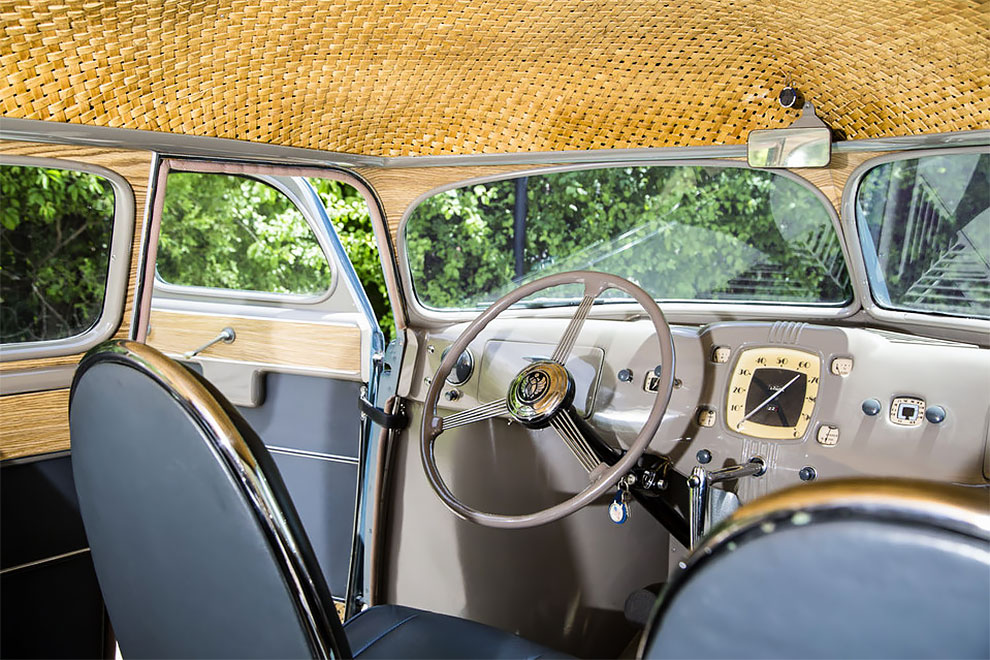 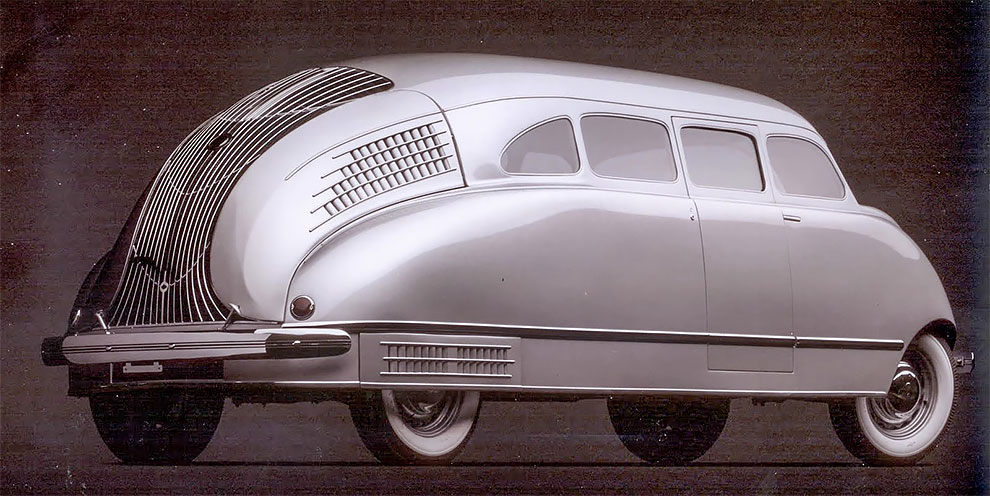 A final, updated version constructed in 1946, the Stout Scarab Experimental, utilized a fiberglass body shell—claimed to be the world’s first—and air suspension. That’s Bill Stout at the wheel. This car still exists today in the collection of the Detroit Historical Society: 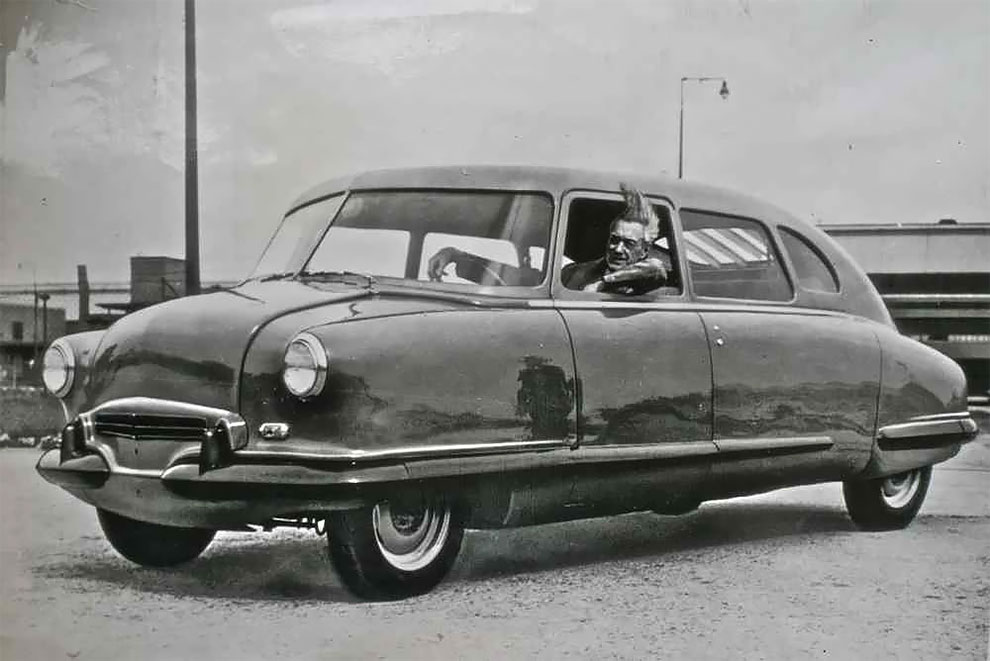