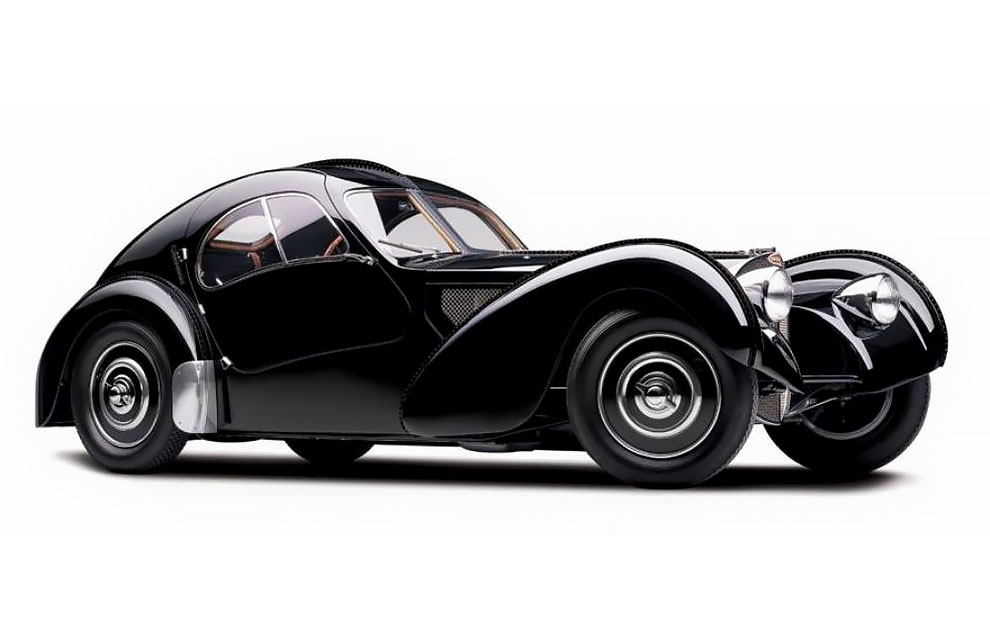 Designer Ralph Lauren is the proud owner of one of the world’s most handsome, interesting and fine specimens – the 1938 Bugatti 57SC Atlantic Coupe.

This gem is one of the rarest and most expensive cars in the world, designed by Jean Bugatti, son of founder Ettore. This beauty is estimated to be worth around $40 million US, why? Besides the fact it’s a visual work-of-art which has been on display in museums such as the Cleveland Museum of Art, there are only three known examples of the Atlantic world-wide.

Apart from Lauren’s, one Atlantic recently changed hands for $38 million and is now in Mullin Automotive Museum in Los Angeles. The third and final was destroyed in a train accident in the 1950s.

Lauren added the Atlantic to his considerable car collection in 1988. His collection boasts 60-odd rare cars ranging from a 1958 Ferrari Testarossa to a 1929 Bentley Blower – all housed in a disguised office park-like building in Bedford Hills, New York.

Said to reach speeds of up to 200 km/h the Atlantic has a truly stunning hand-formed aluminium body, low stance and still boasts many of its original features: the original interior upholstery made of goatskin leather, seats stuffed with horsehair and the original EXK6 UK registration.

“I’ve always been inspired by automotive design — the materials, the lines, but also the power and functionality. Cars are like art — moving art — an accomplishment in mechanics and precision.” — Ralph Lauren.

Lauren has so much passion for his Bugatti he took inspiration from it to create his latest watch collection. The Elm burl wood dials, black alligator straps and Amboyna burl wood bezels are reminiscent of the car’s rich interior. 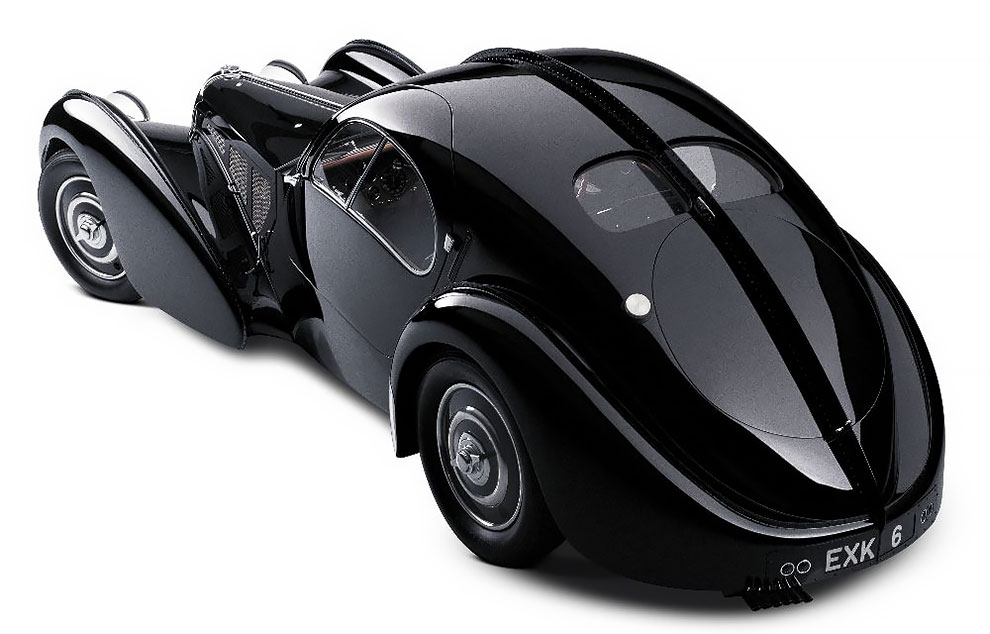 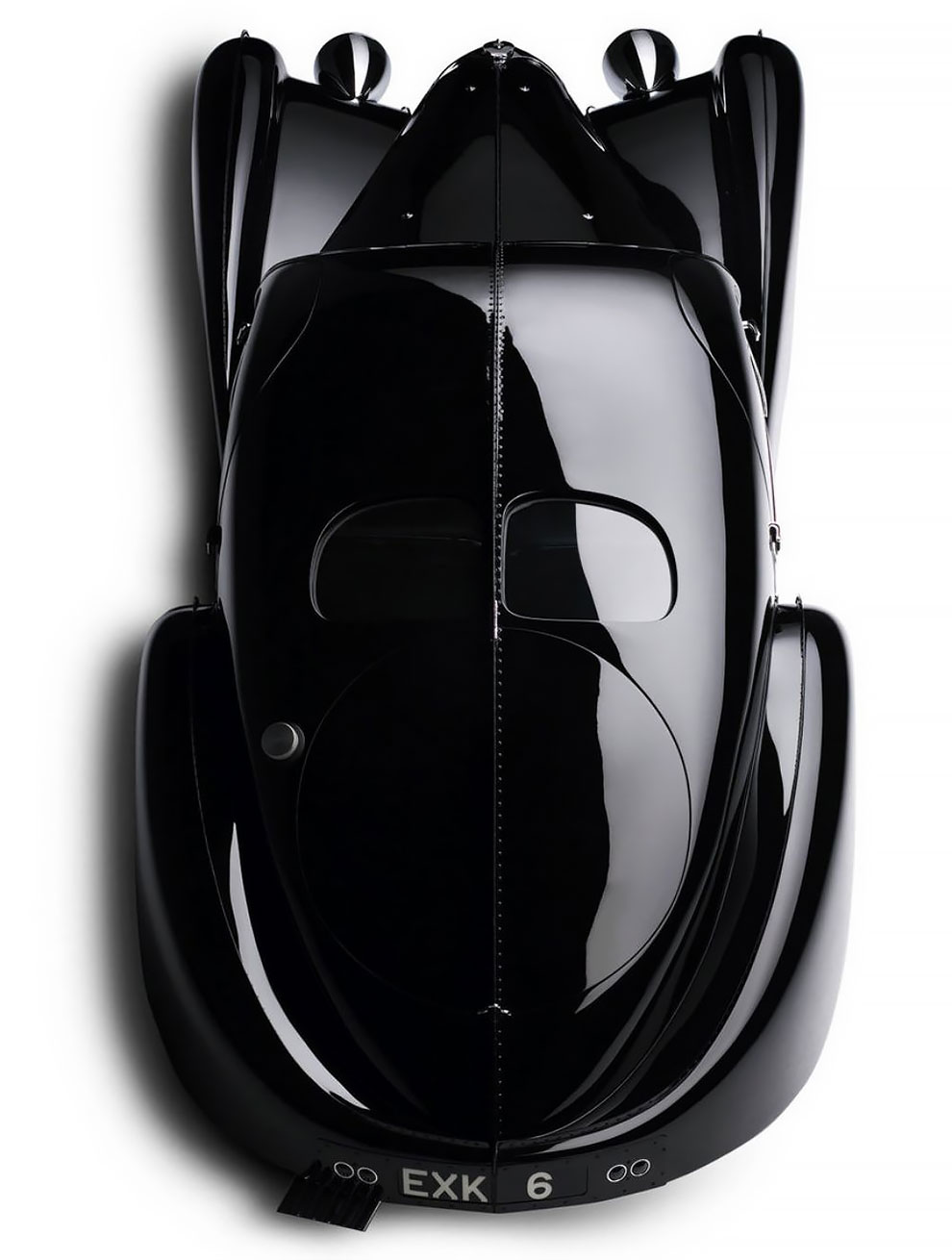 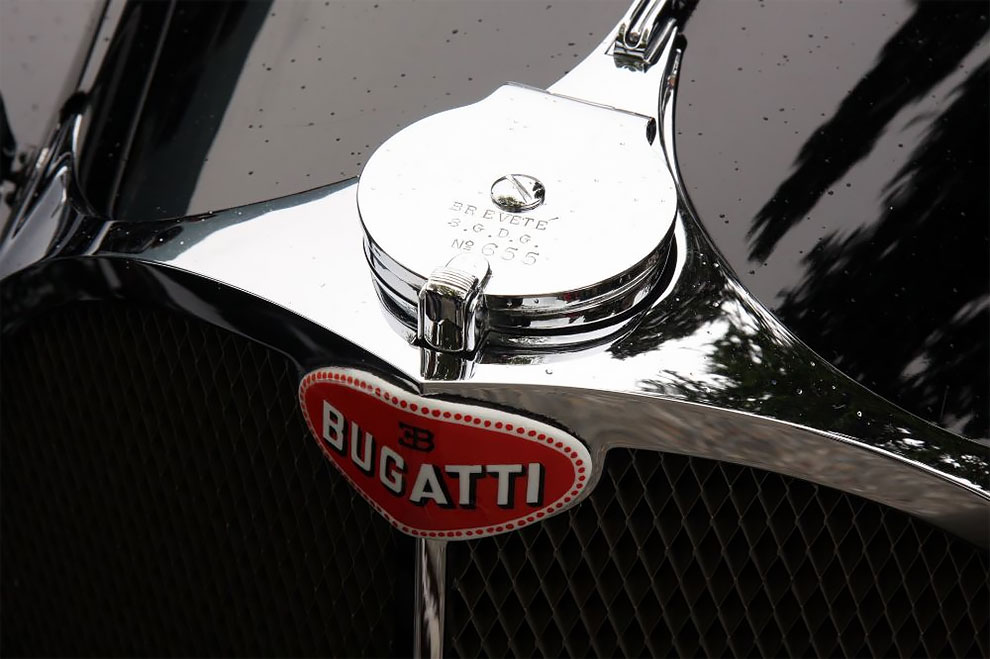 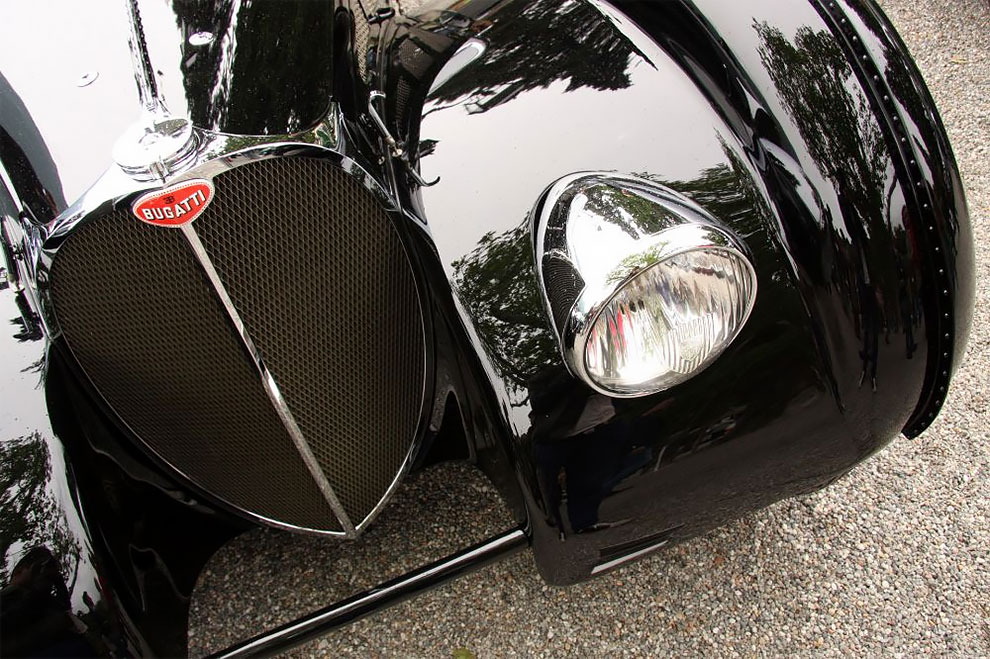 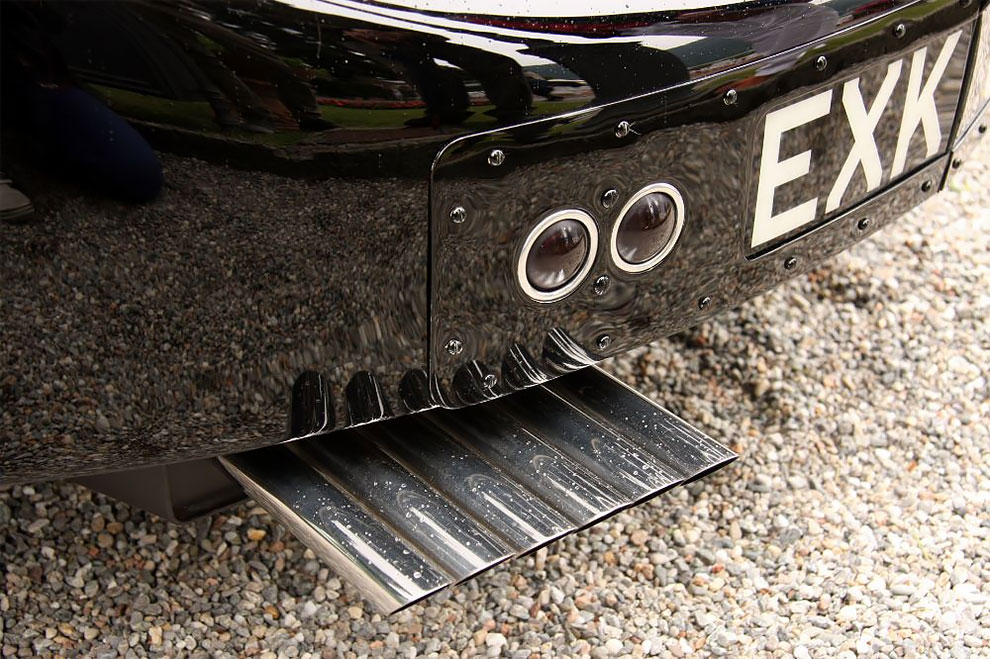 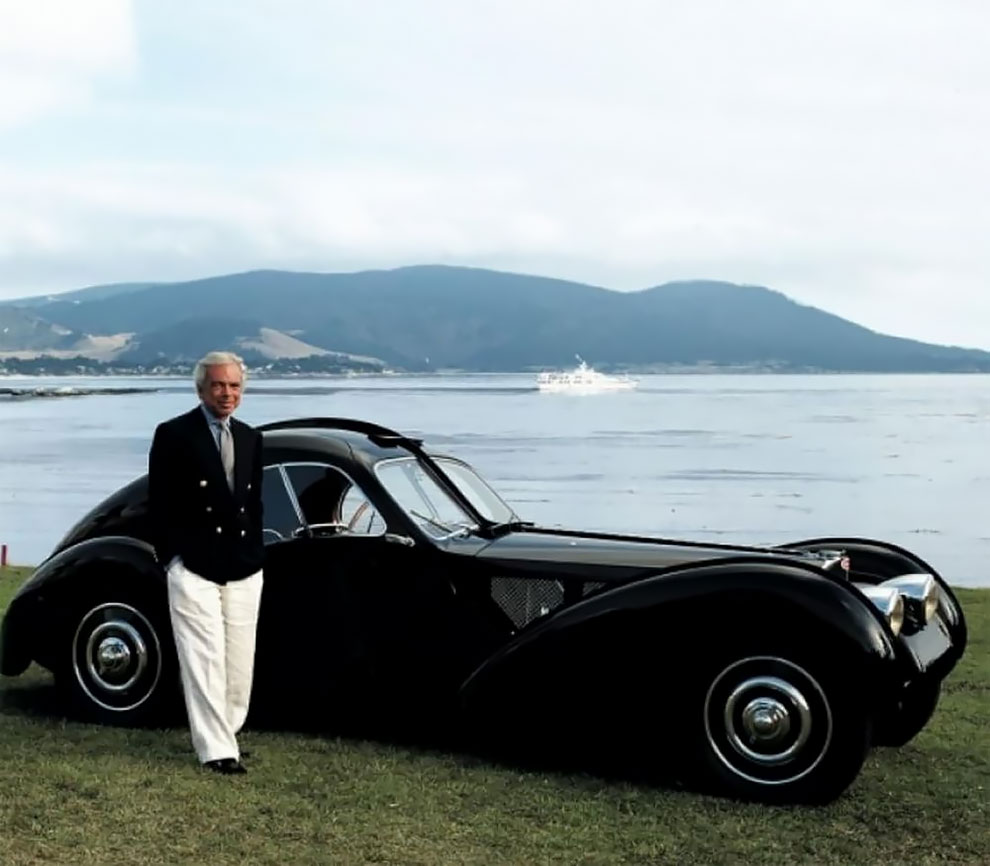 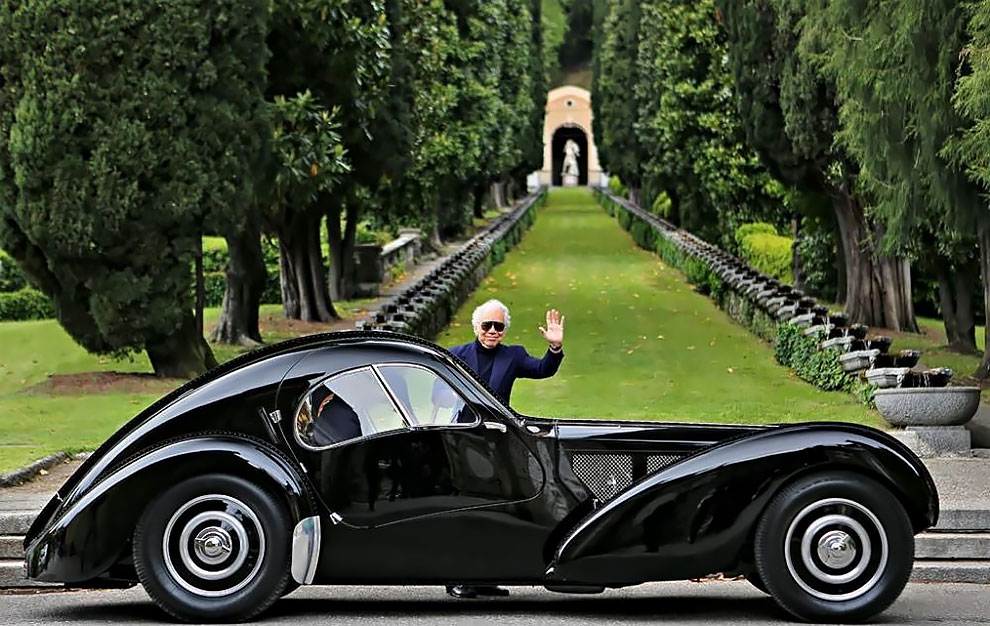 This Clock Has A Levitating Sphere That Tells The Time
The 1949, The Kurtis Sport Car, One Of 16 Produced
Eurostar 'Paris - London' Interior Design
Explorer Visits Abandoned and World's Largest Ekranoplan, Here Are Some Great Pictures of The Inside and Outside
This Miller Lite Beer Can Is A Video Game Controller
This Is A 1987 Lamborghini Countach 5000 QV By Bertone
Historic Space Shuttle Mockup Stored in Downey, California
1935 Mercedes-Benz 540K Streamline Roadster By Erdmann & Rossi
Interference
Punkt. DP 01 Cordless Phone
The Intelligence Service Owl From Russia
Inside of Blizzard's Office
The Hand-Painted Scenes of The Original Star Wars Trilogy That Made Us Believe It Was Real
Beautiful Photos of Fiat X1/9, One of the First Truly Affordable Mid-Engine Sports Cars
Ibuki Is The 10-Year-Old Android Child That Will Haunt Your Dreams
DIY Protective LED Face Mask Warns To Stay Away And Responds To Voice
Anthropocene Mapping: The Human Influence On Earth
The Real Land-Walker Robot From Japan
Chevrolet Speedometer Design: Design Evolution from 1941 to 2011
Belgian Designers Have Created A Canoe For Two That Folds Away Into A Box
Awesome industrial design projects by Igor Chak
Nano Hummingbird
Chinese Segway
This Brutal 1925 Rolls Royce Phantom I Jonckheere Coupe
bugatti, car, Ralph Lauren