Stunning Photos From The Shortlist Of The Architectural Photography Awards 2018 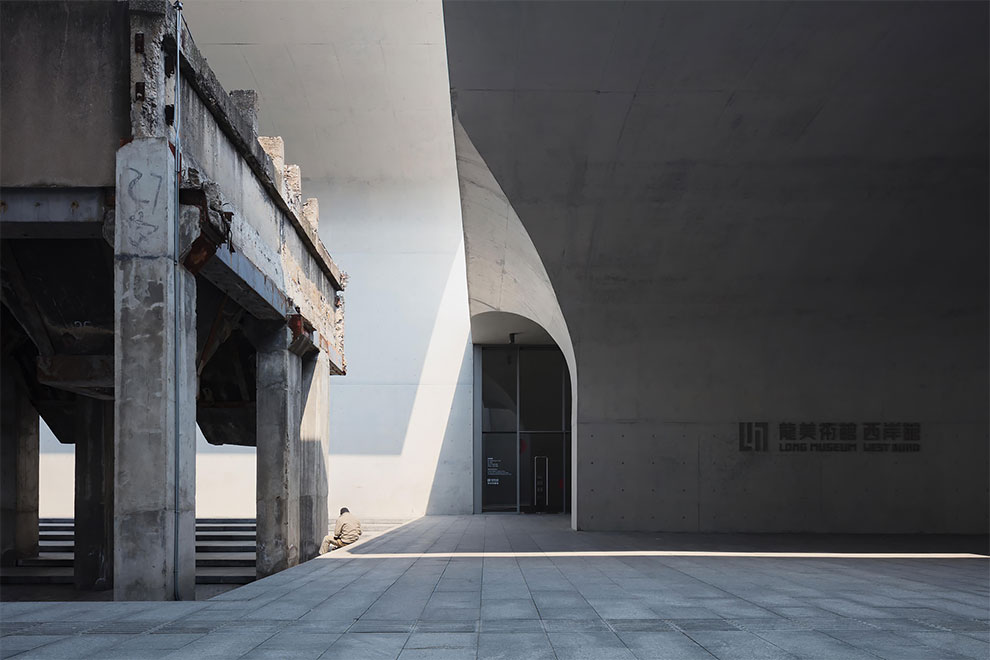 Since its inception in 2012, with the support of the World Architecture Festival and facade and interior system manufacturer STO SE & Co, The Architectural Photography Awards coverage has moved from local trade papers to global news media.

The Awards are inclusive of both the full time professional photographer and the keen amateur. Categories range from a portfolio of an individual building to a single abstract: with a professional camera or on a mobile phone.

Images of the built world are used directly and indirectly for promoting and advertising commercial, financial, automotive and travel industries; they are not confined to architecture and property development. Nevertheless, the skill of the people who can translate the sophistication of architecture into readable and understandable two dimensions, explain and extol the character, detail and environment of a building, remains overlooked. This Award crosses continents and sectors to raise awareness of the skill and patience needed in this specialist area of photography. 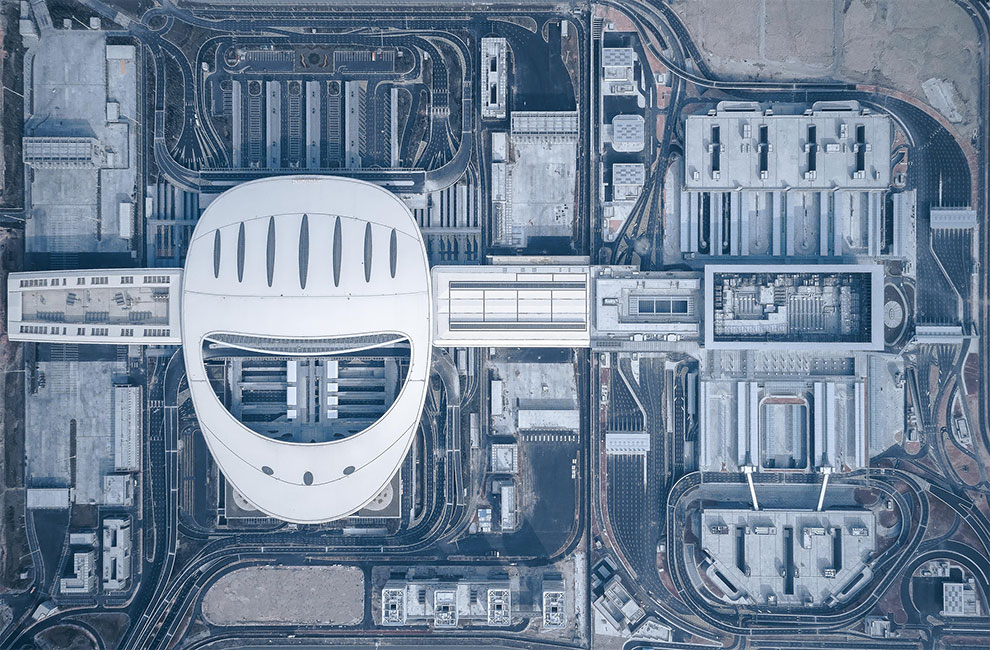 By He Zhenhuan. Bank of China Tower Ningbo 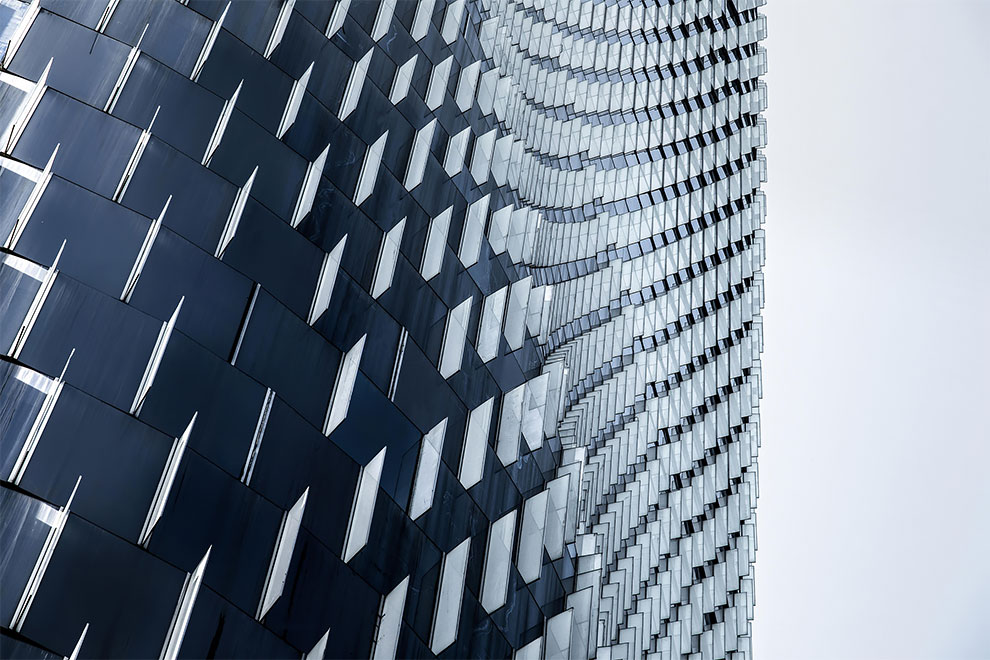 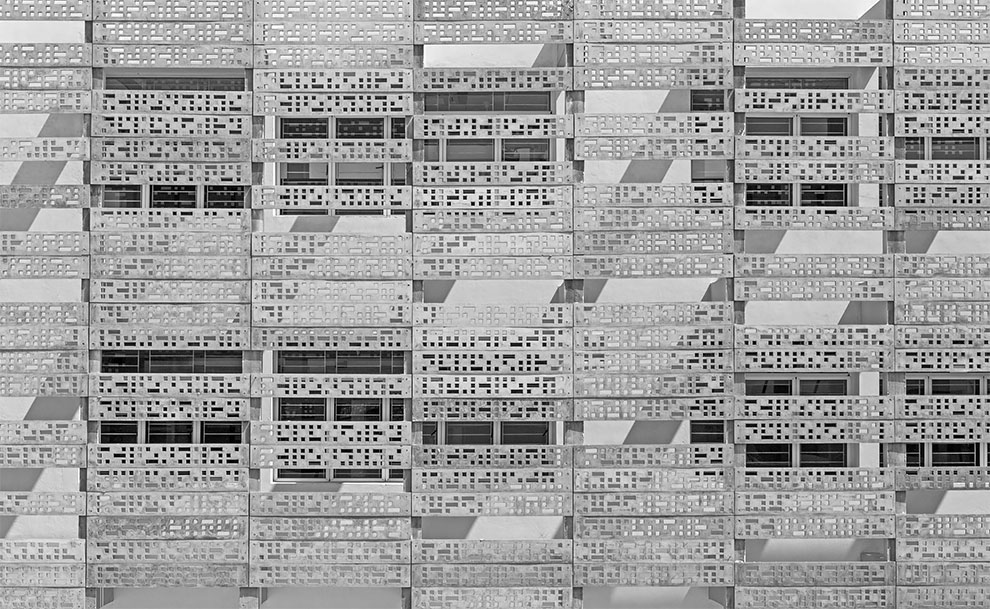 By Marius Liutkevicius. Lanzarote: a place of colour and shape 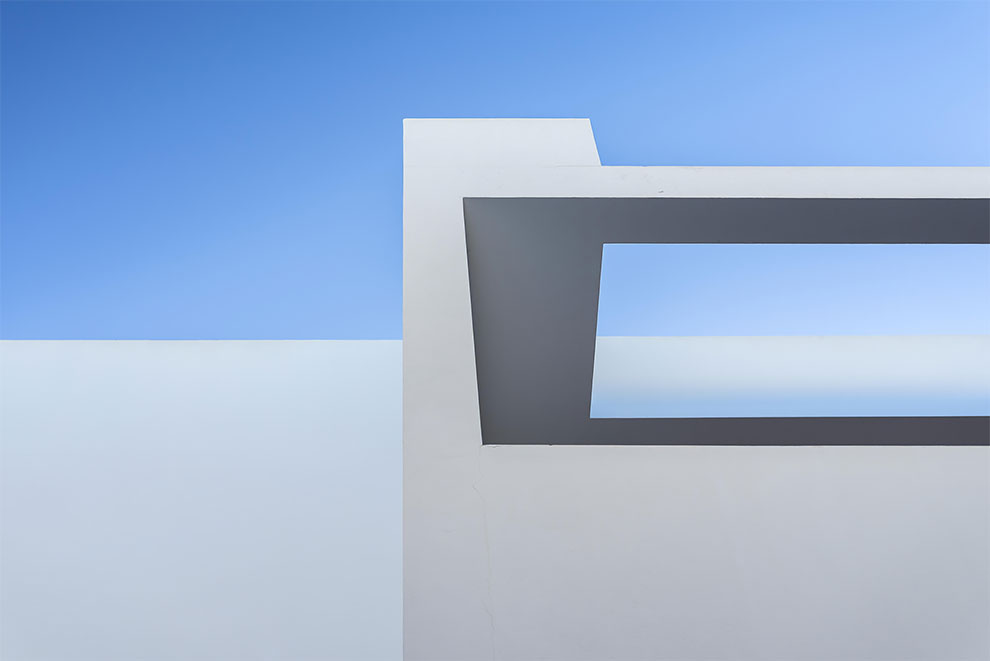 By Suraj Garg. Lines and Curves 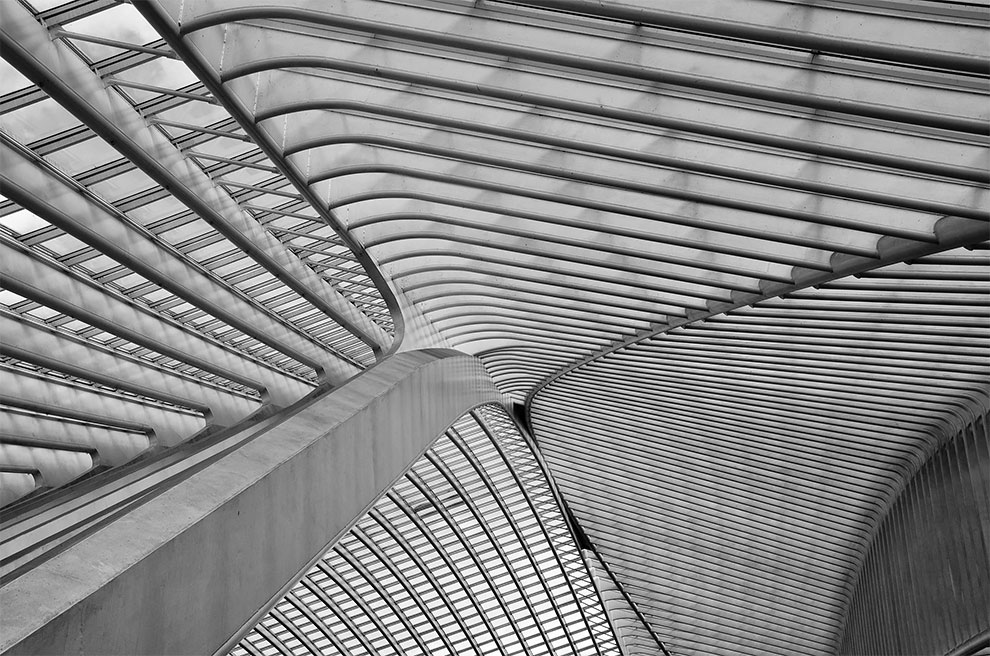 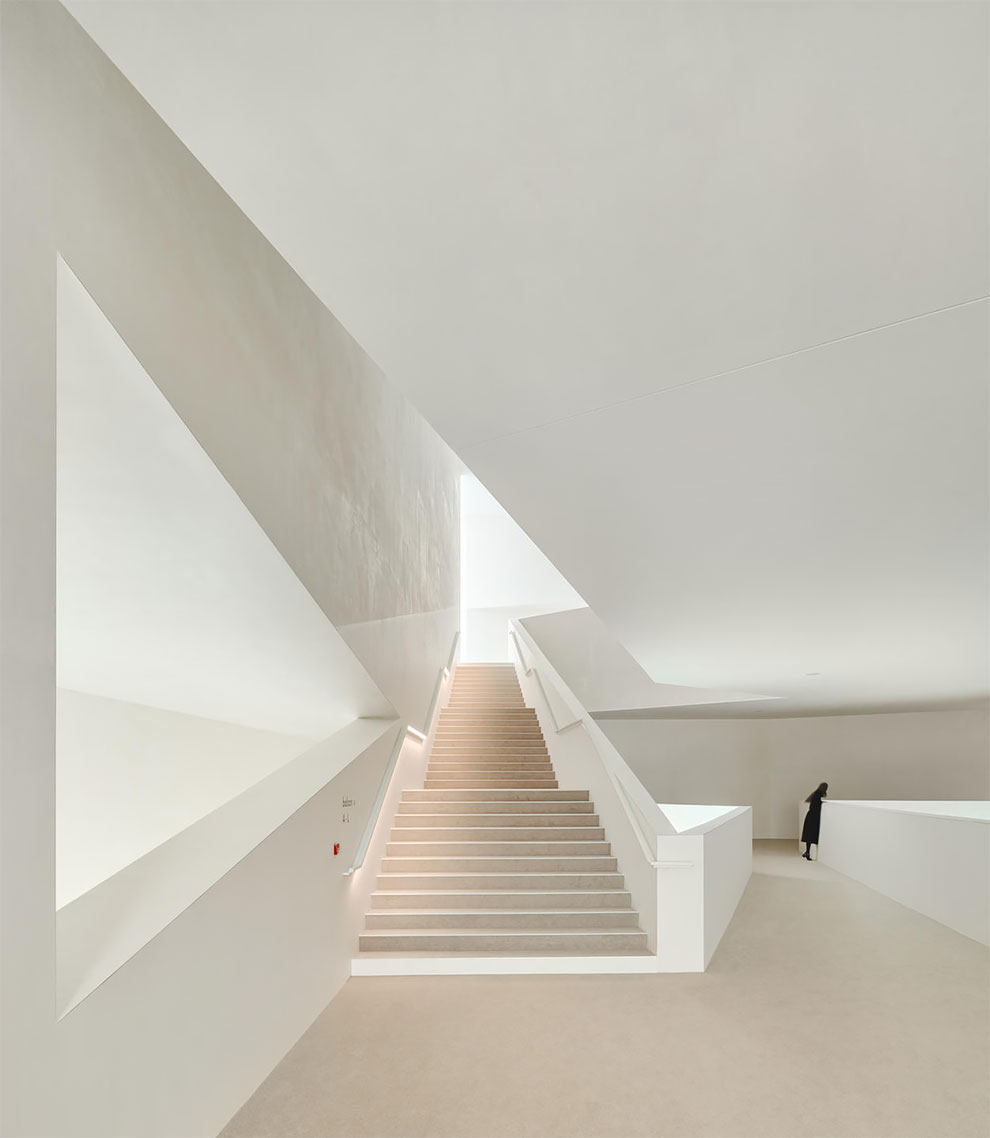 By Andrew Robertson. The Portal 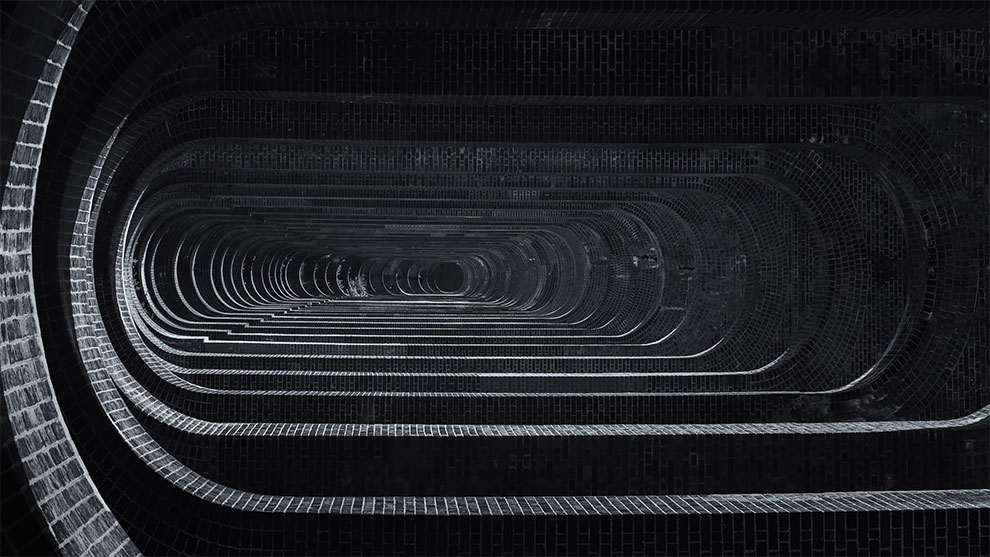 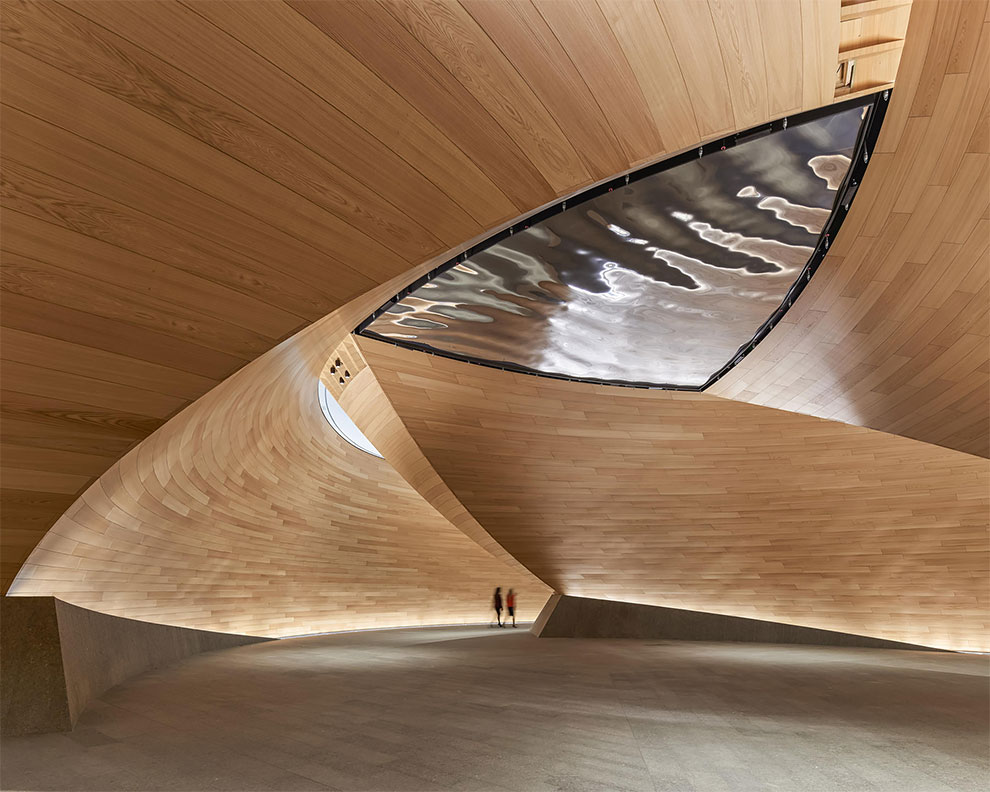 By Roman Robroek. This semi-abandoned power station (Kelenfold – Budapest) is a true gem among industrial locations and was once Europe’s most advanced power station. 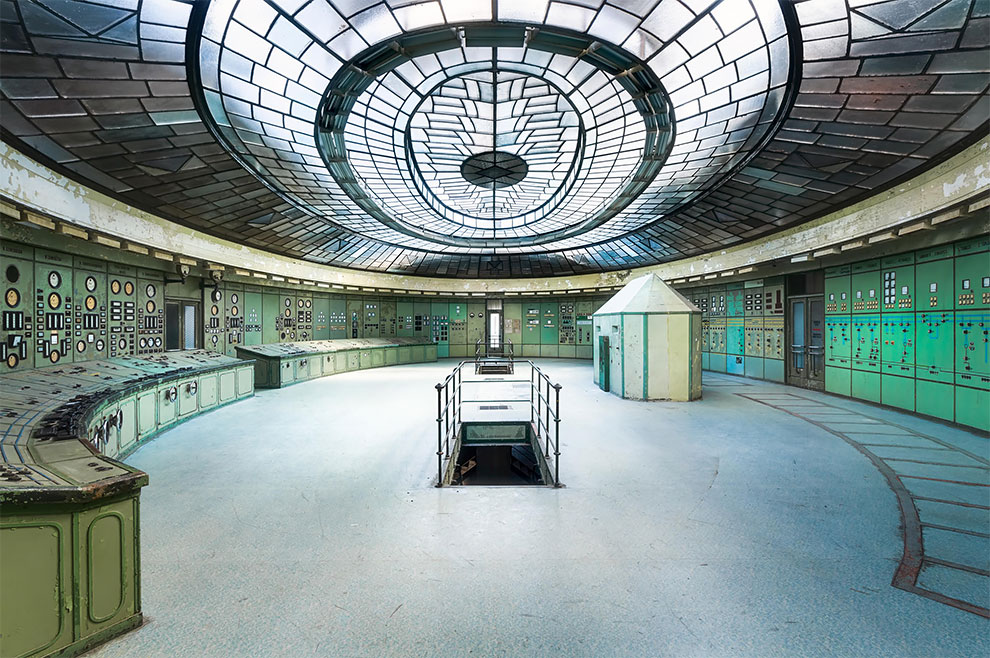 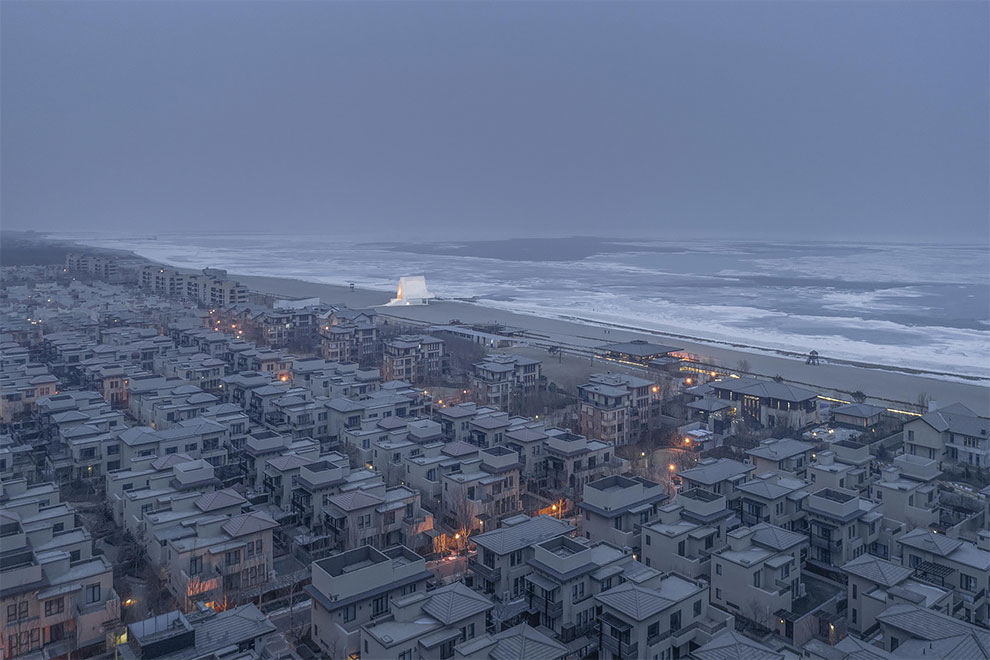 By Jeff Eden. The Hive in Winter at Royal Botanic Gardens, Kew 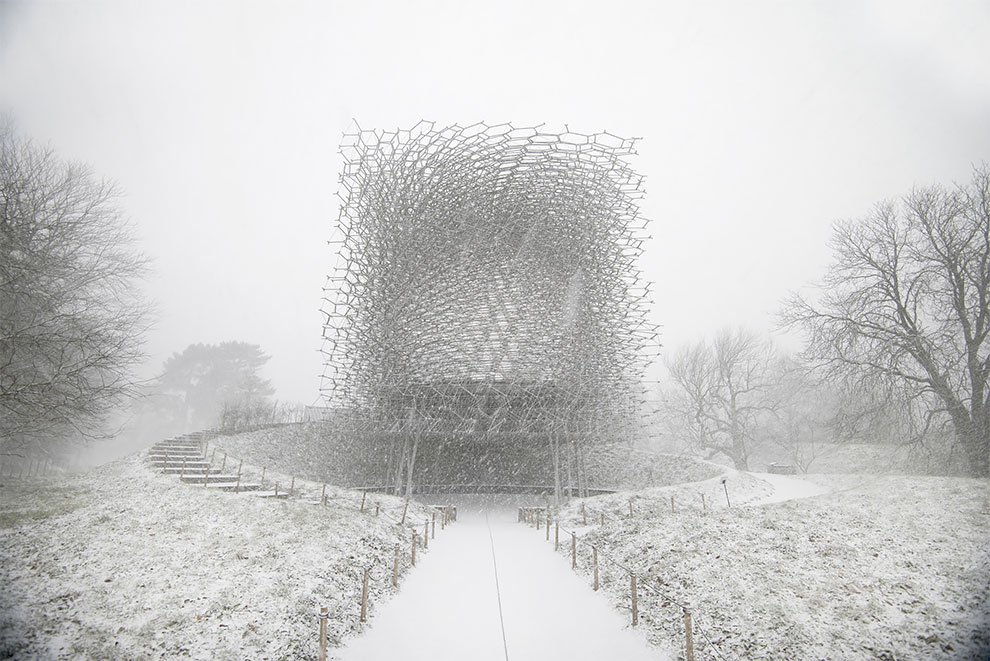 By zhuwenqiao. 7 a.m. in Chongqing, the swimmers on the riverside and the world’s largest Raffles city built by safdiearchitects. 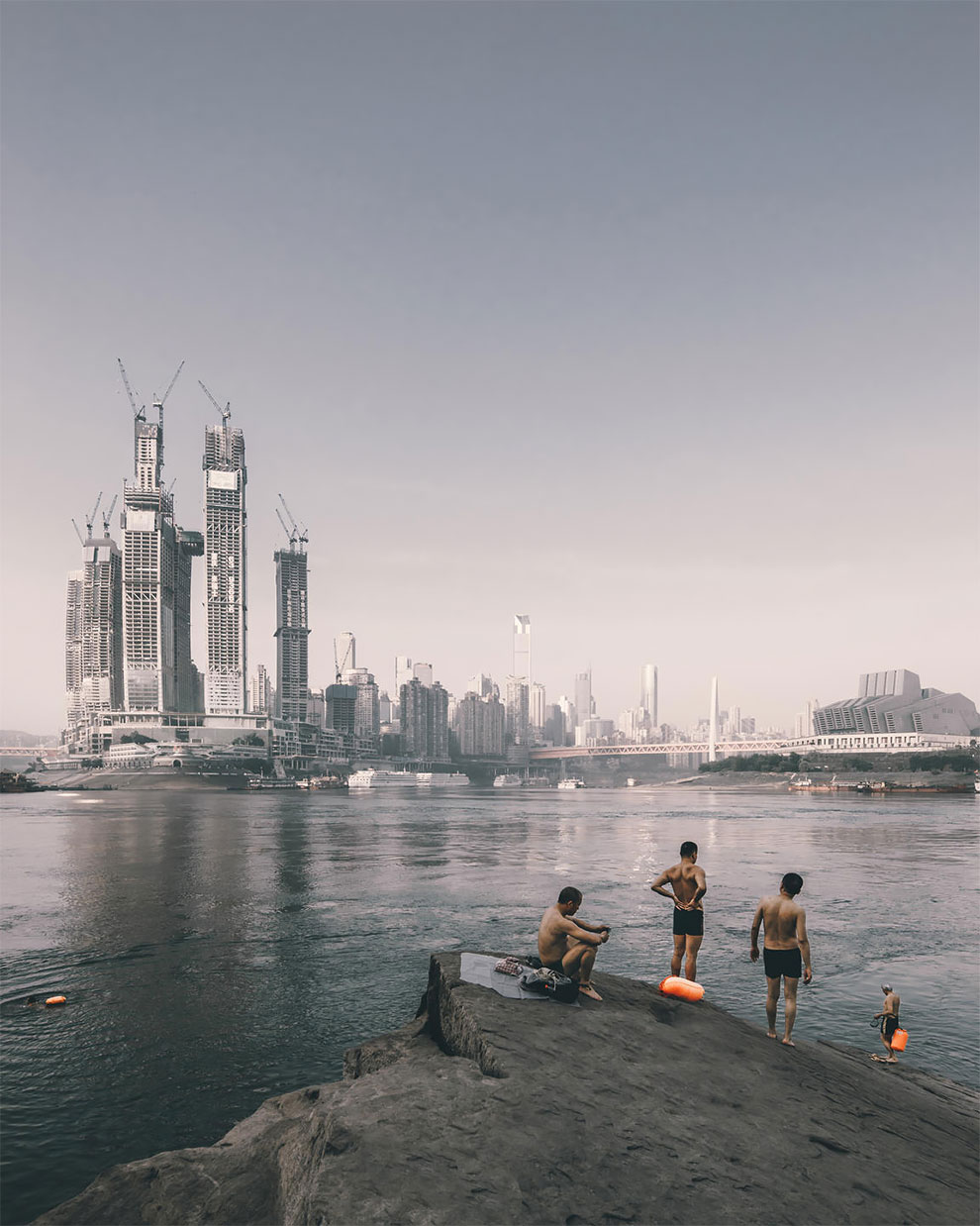 By Marco Tagliarino. This is a view of Piazza Duomo of Milan from the Arengario Balconi (Museo del 900 of the contemporary arts of Milan). 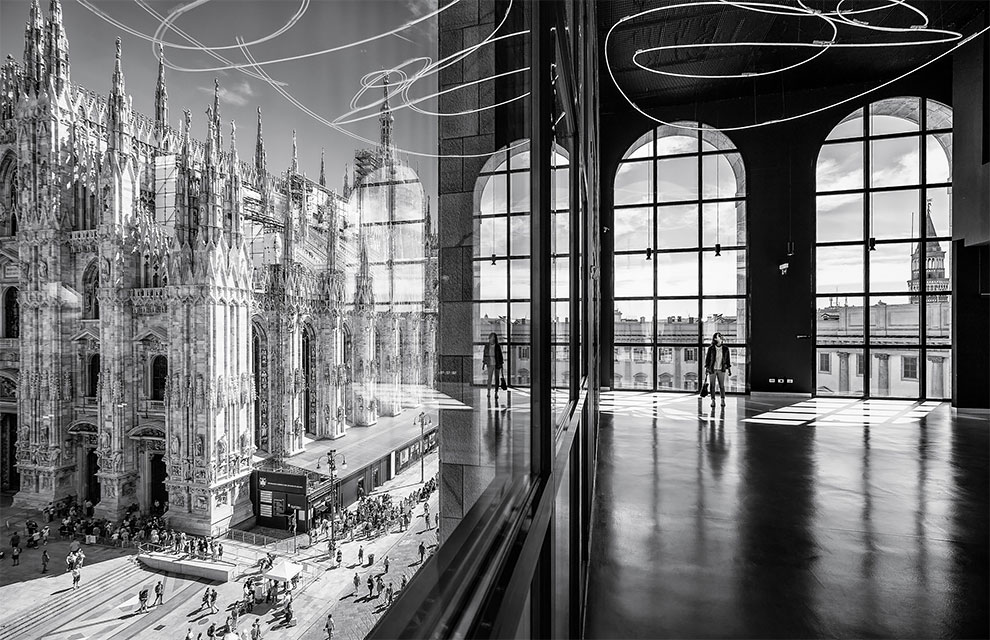 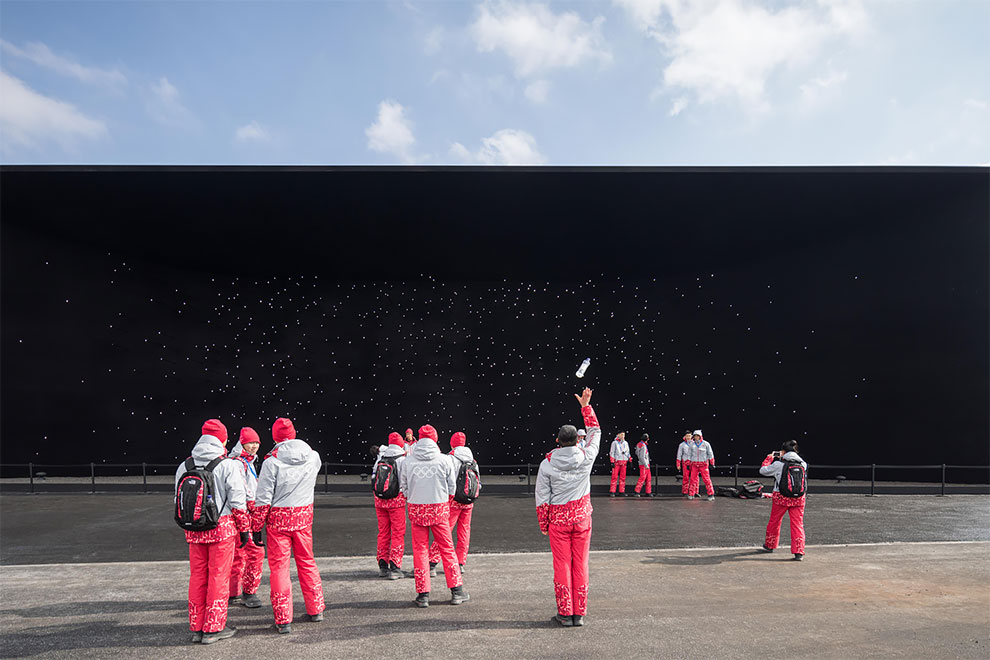 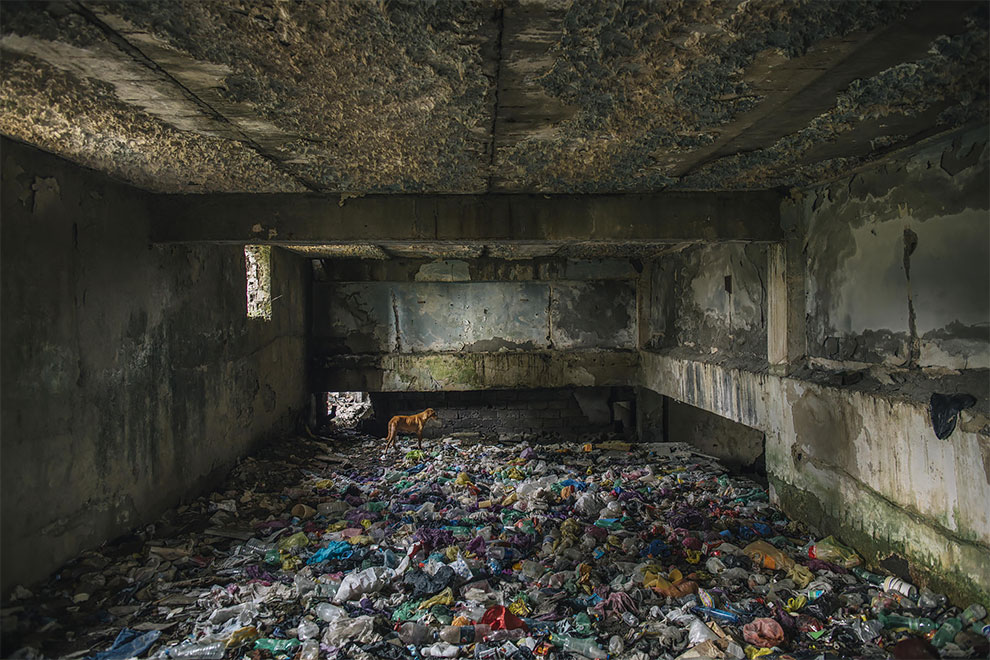 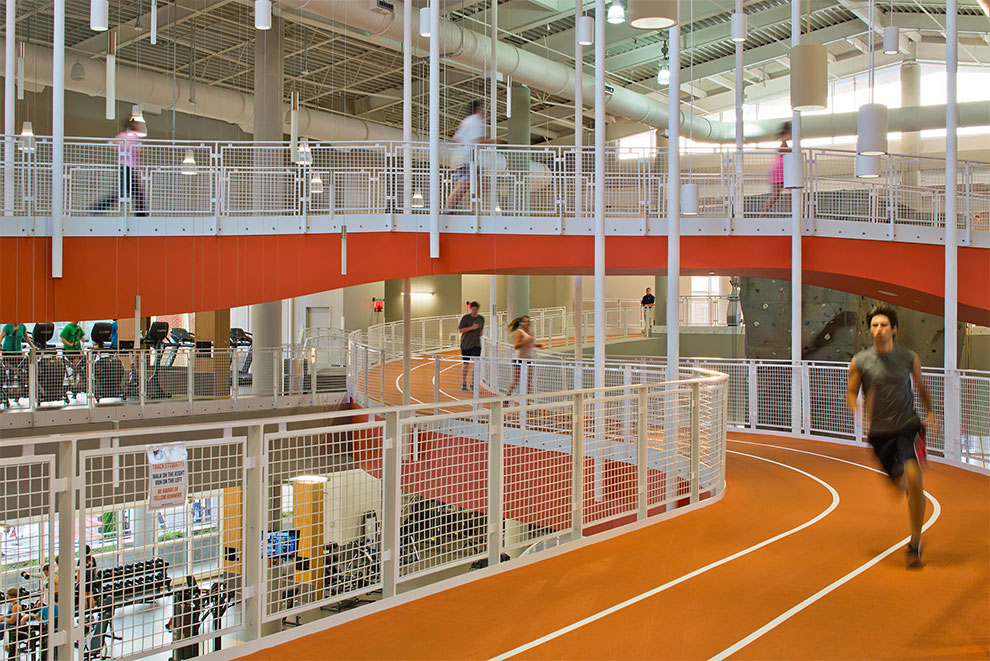 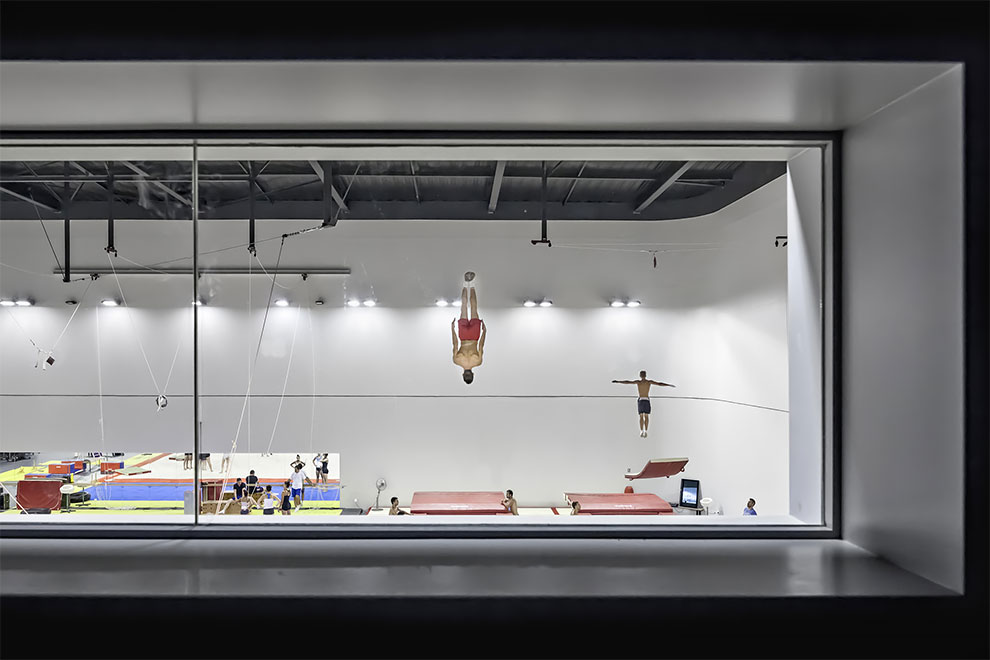 By OMER KANIPAK. Children observe the visitors beneath the glass floor of the Hive installation in Kew Gardens, London designed by UK based artist Wolfgang Buttress. 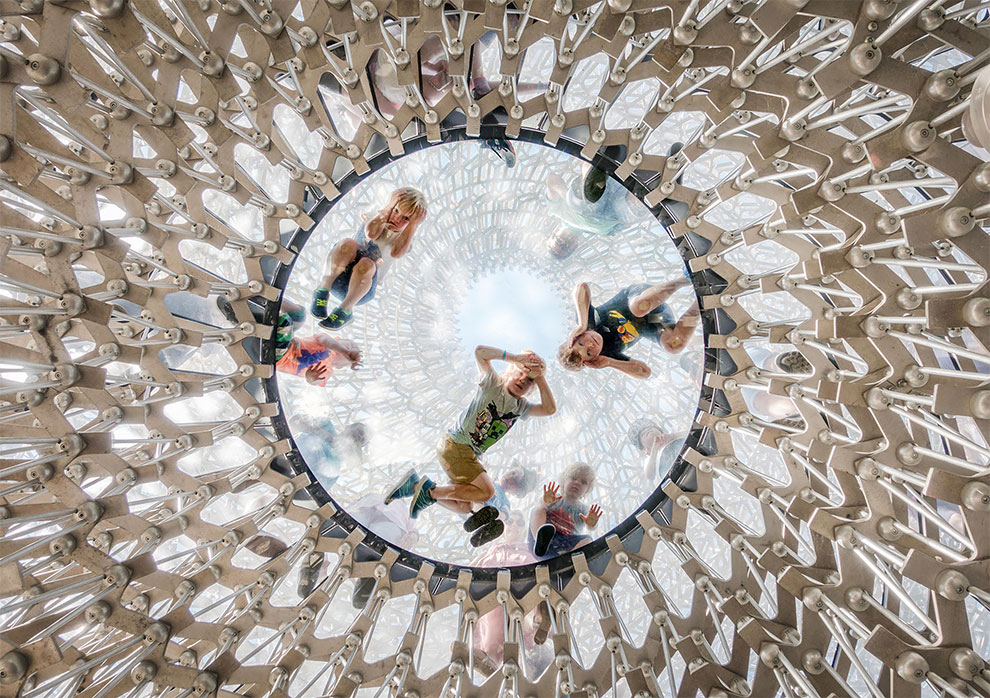 They Want Their Houses To Be Brighter
A Giant Headless Buddha Statue Discovered Under a Residential Complex in China
Maijishan Grottoes
Klein Bottle House By McBride Charles Ryan
Meet "The Conker" - Automotive Ultimate Living Pod
You’ll Never Guess What This Tiny House Looks Like On The Inside
Extraordinary Design Shelter That Looks Like A 'Flintstones House', And No One Wants To Buy It
Most Awesome Wall of Air Conditioners Appears in Fuzhou, China
Camera Pointed Upwards Captures The Mesmerizing Ceilings Of Iran's Ornate Architecture
Abandoned Space Observatory in Puerto Rico
Stunning Images Of The Psychiatric Clinic In Greenland
This Feline-shaped Kindergarten Is The Cat’s Meow
At 375ft, 'Orbit' is UK's Tallest Sculpture
Rebuilding Notre Dame In Photographs
Ricardo Bofill Taller de Arquitectura in Barcelona
Breathtaking Architecture Photography By Anh Nguyen
Shakhti 360 Leti: Luxury Hotel in Himalayas
Enigmatic And Brutalist Post-Communist Sculptures In The Balkans
Defenders Of The Soviet Arctic During The Great Patriotic War - The Giant Monument On The Edge Of Russia
Most Expensive House in Brooklyn for Sale
New York Secret Rooftop World
Boat Roofed Shed in Wales
100-Year-Old Church Given New Life As Mesmerizing Skate Park With Vibrant Murals
Okay, There’s A Skateboard Ramp On The Exterior Of This House
Ultimate Infill: A Skinny Building Amidst The Ginza Alley In Japan
The City Of Utrecht In The Netherlands Turns 316 Bus Stops Into Bee Stops
Man Cave With a View
Incredible Libraries from Around the World
Paris Mayor’s Race Offers Chance to Reimagine City
An Illusory Swimming Pool By Leandro Erlich
architecture, contest, photography, shortlist