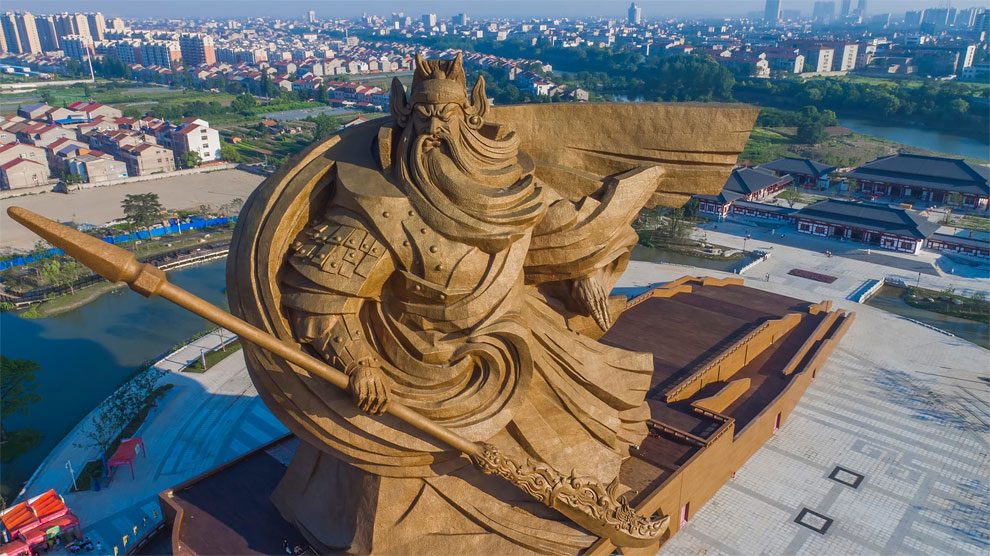 An absolutely enormous statue of the ancient Chinese warrior/god Guan Yu has finally been completed in Jingzhou city, Hubei province, attracting tourists and locals alike to come out and behold his glory. 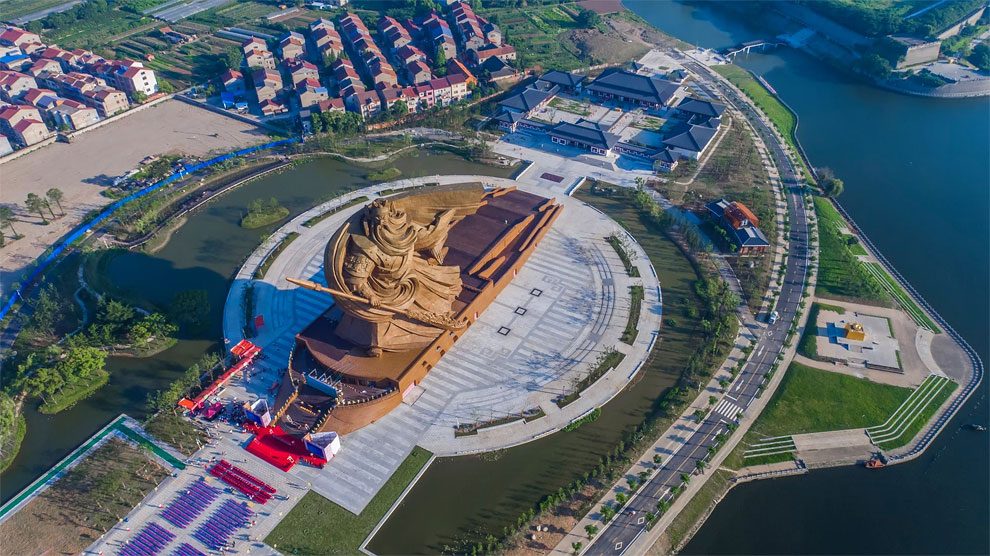 Jingzhou’s Guan Yu Park was designed to revolve around the concept and character for righteousness (义), Sina reports. In the middle stands the legend himself, at 48 meters tall, atop a 10-meter-tall pedestal. 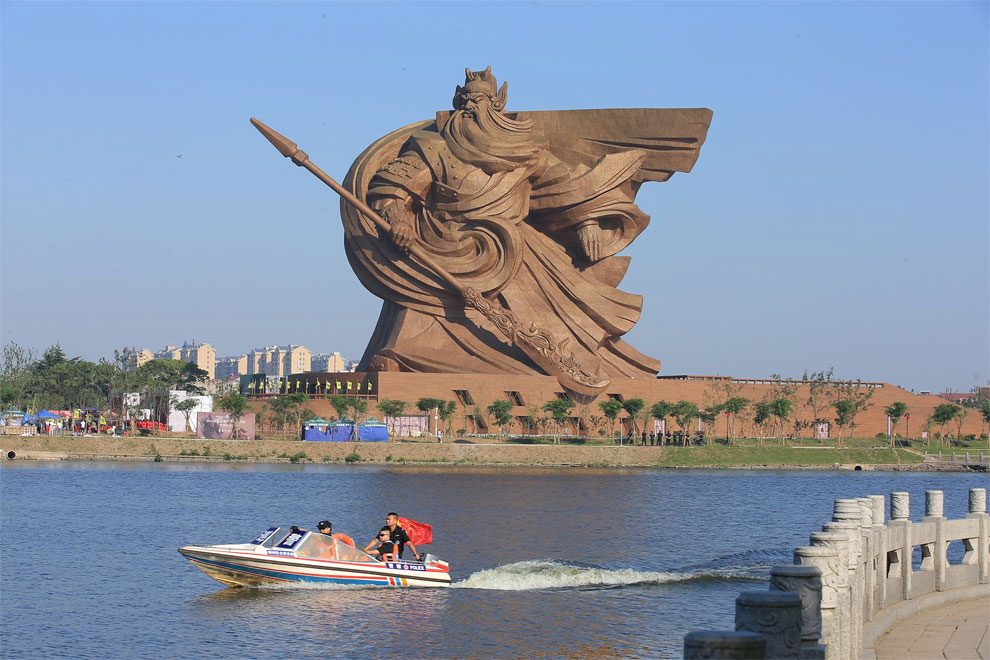 Over 4,000 strips of bronze have been glued over the 1,320 ton sculpture that carries an intimidating axe-like weapon called the “Green Dragon Crescent Blade” which weighs another 136 tons, according to CCTV News. 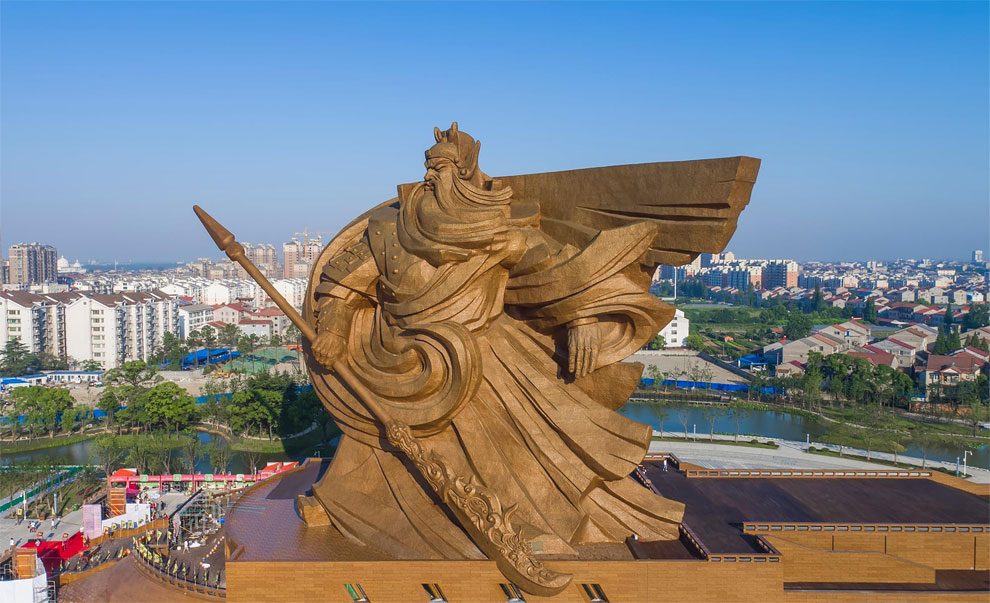 The pedestal has been built to look like an ancient warship, standing proud on his warship, Guan Yu is portrayed as a fearless warrior, ready to battle against the waves. By walking up a staircase into the pedastal, visitors can soon visit the 8,000 square meter Guan Yu Museum inside. 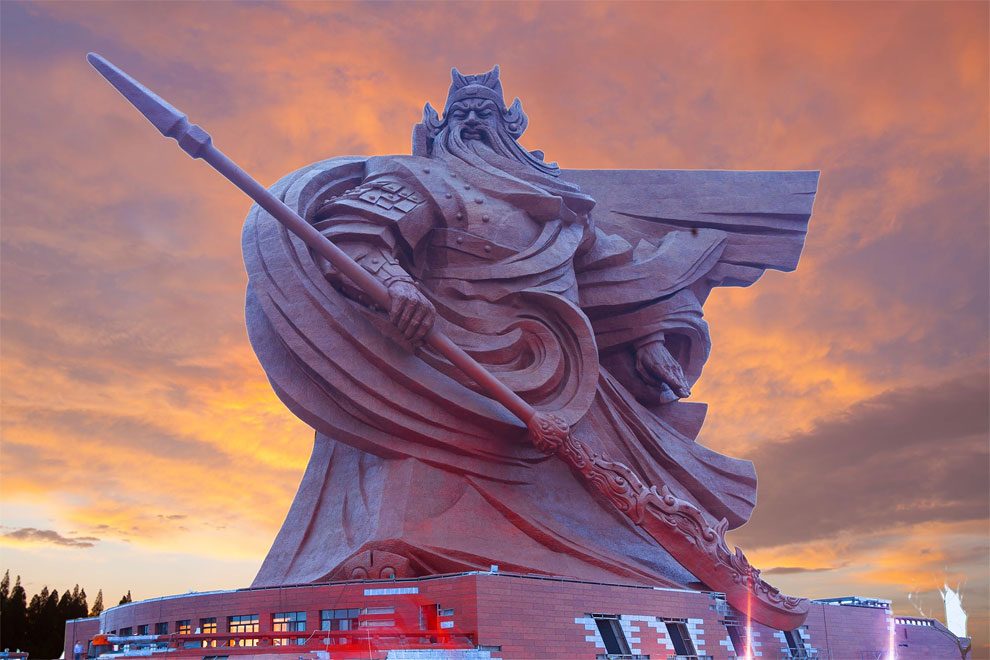