Alberobello is a town in Italy’s Apulia region. It’s known for its trulli, whitewashed stone huts with conical roofs. The hilltop Rione Monti district has hundreds of them. The 18th-century Trullo Sovrano is a 2-level trulli. Furniture and tools at the Museo del Territorio Casa Pezzolla re-create life in the trulli as it was centuries ago. Southwest of town is the Casa Rossa, a WWII internment camp.

The history of these very particular buildings is linked to the Prammatica De Baronibus, an edict of the 15th-century Kingdom of Naples that subjected every new urban settlement to a tribute. The Counts of Conversano D’Acquaviva D’Aragona from 1481, owners of the territory on which Alberobello stands today with the summer “domus” that was called Difesa De Le Noci on the border with the territory of the duchy of Martina Franca, then imposed on the peasants sent in these lands they built their dwellings dry, without using mortar, so that they could be configured as precarious buildings, easily demolished.

Therefore, having to use only stones, the peasants found in the round form with self-supporting domed roof, composed of overlapping stone circles, the simplest and most solid configuration. The domed roofs or half cone for straw called the false dome of the trulli are embellished with decorative pinnacles that represented as many say the pinnacle was the signature of the master trullaro who did it or that restored and represented the pose of the pinnacle an exciting moment, the whose form is inspired by profane symbolic, mystical and religious elements that appear above all in the Fascist period.

«To gather and show the soul of Alberobello, in Puglia, Italy, we spent four days living and photographing this fairytale village, from the most extreme reds of the sunrise to the vivid colors of the night», says Tania Depascalis.

These two Italian photographers decided to go on a trip in this unique village and take singular and inspiringly beautiful pictures.

«Before starting a journey, we make researches to find the places we would love to photographed. The second step is to visit the town, through Google street view or similars, to confirm the spots and find new ones. At this point we can plan the time to spend in our photographic journey. For this series, we spent the first 24 hours discovering and inspecting the village and the next three days taking pictures from our selected spots. Working together makes us share our creativity and learn from each other. This allow us to enrich quickly our point of view. We are also both curious persons. This common feature pushes us in a constant research of beauty and its origins that can often be found behind unusual, curious and rare aspects. The match between our concept of beauty and its photographic representation inspire our work and whip up our creativity.» 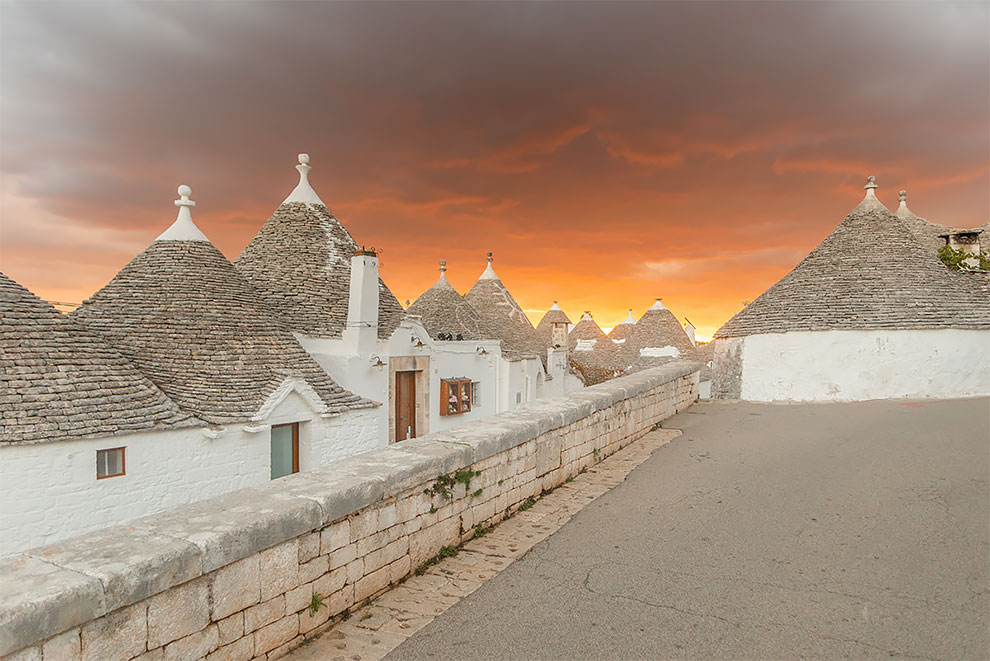 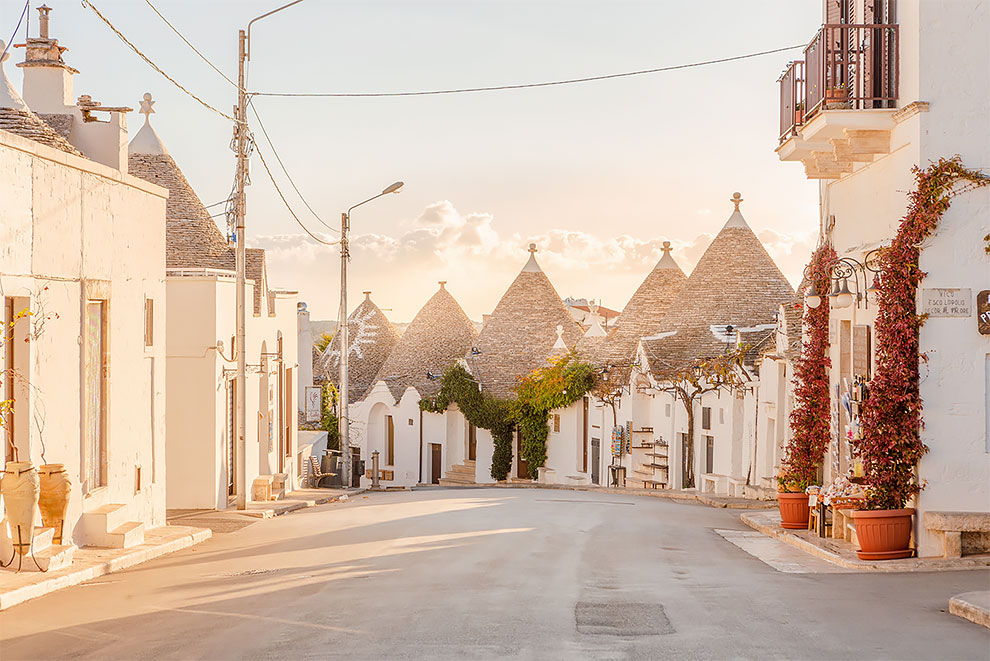 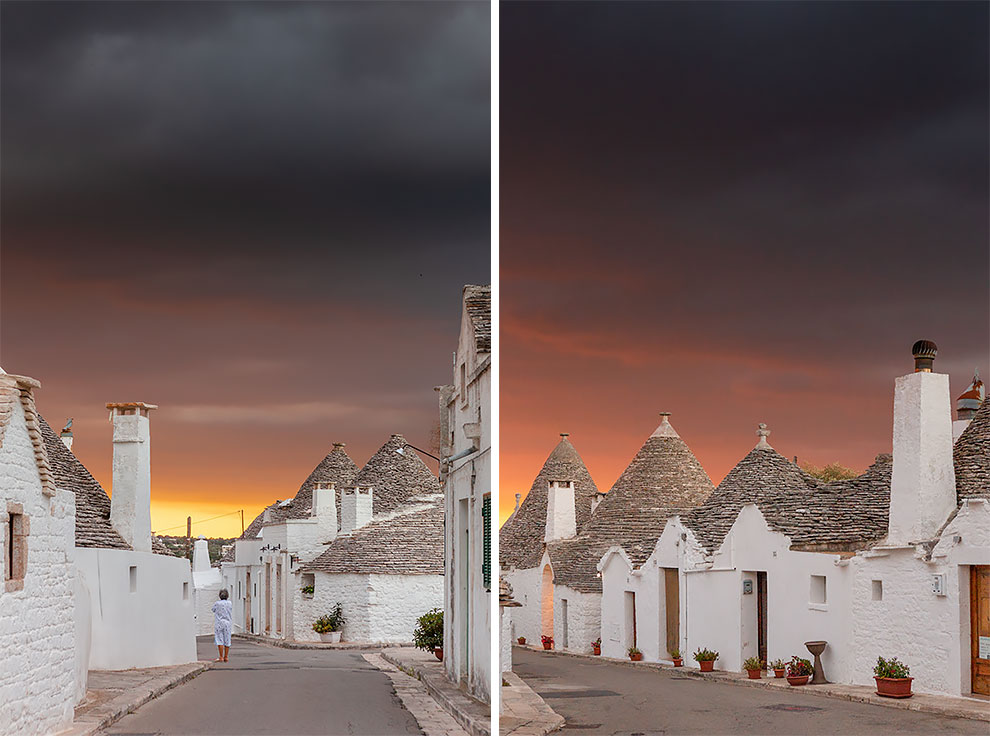 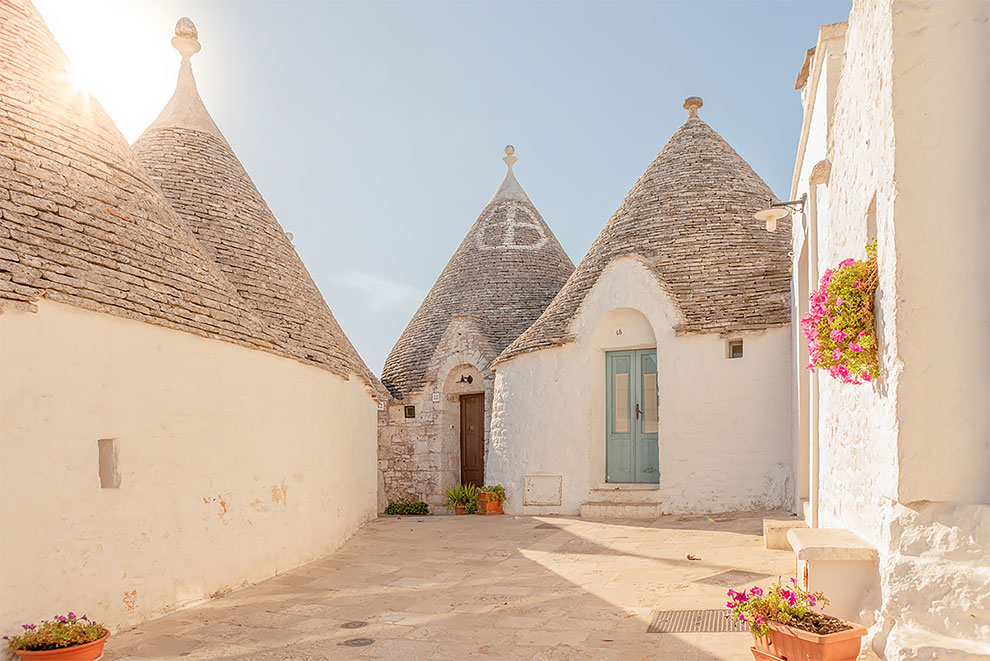 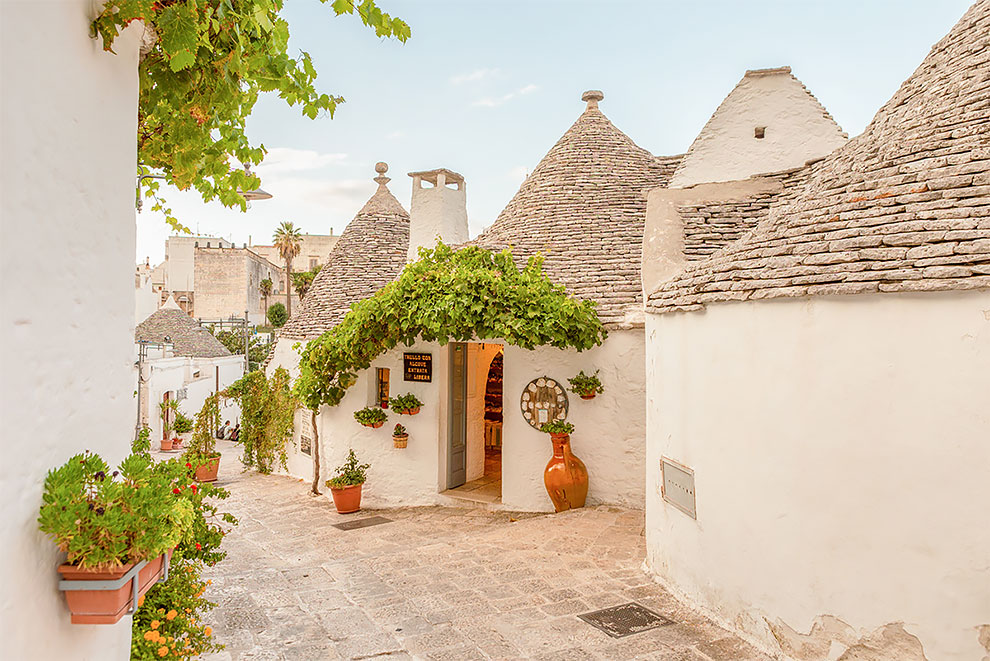 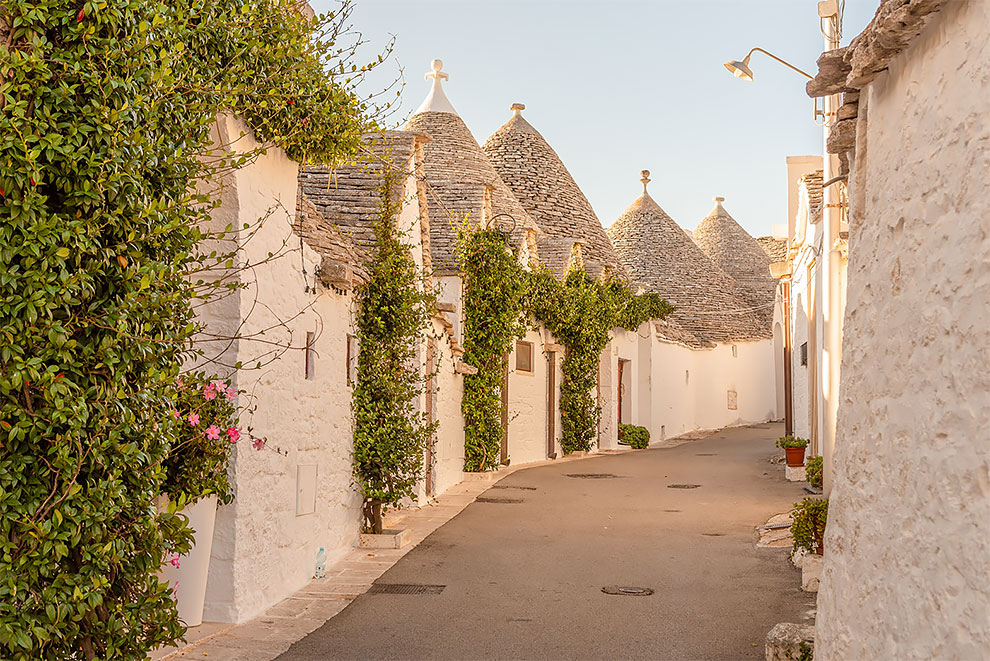 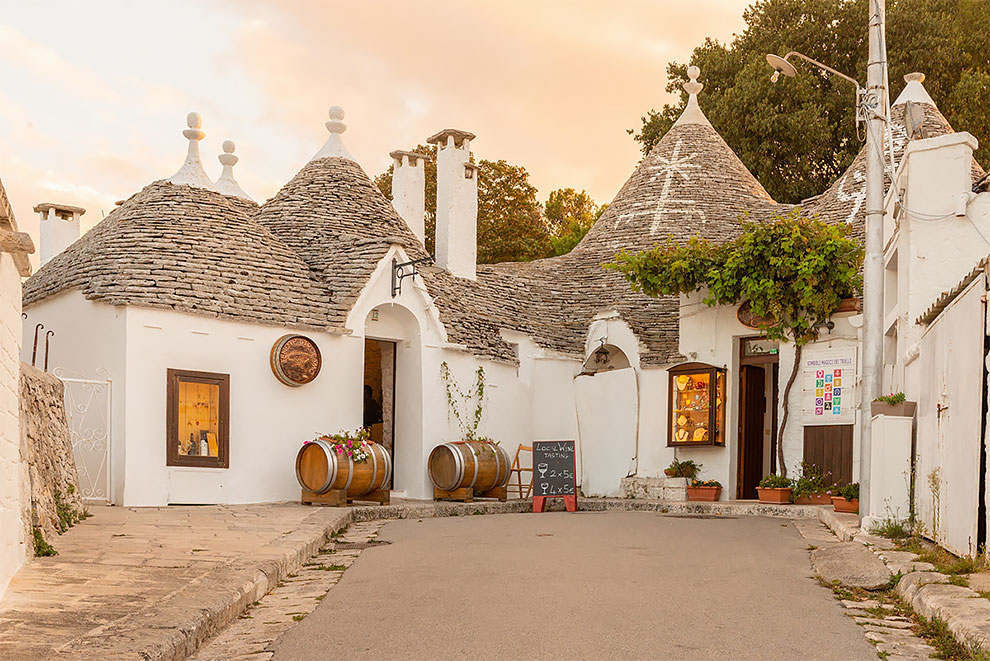 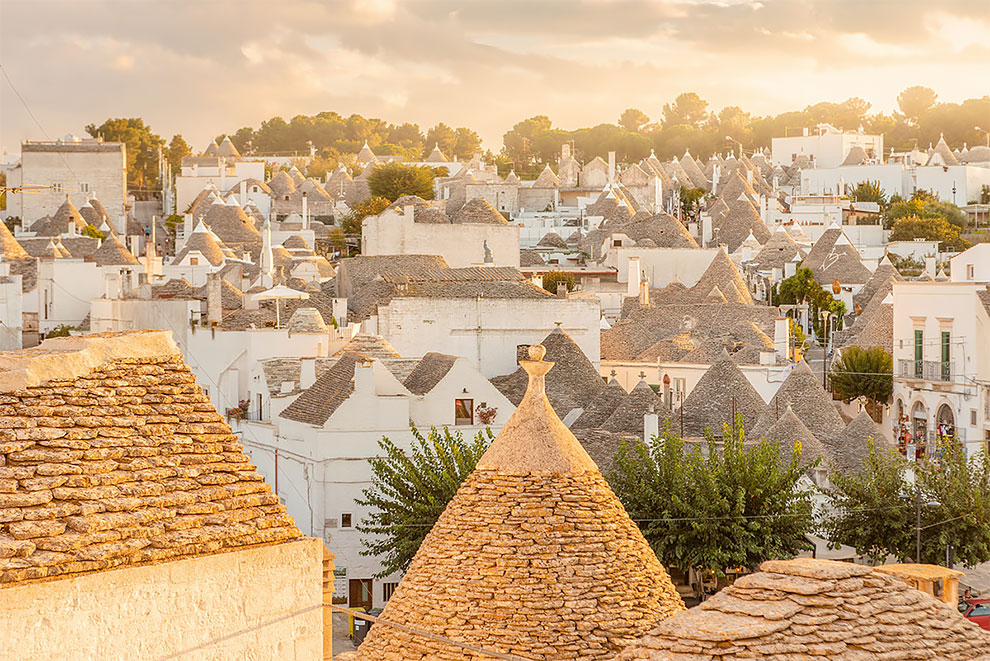 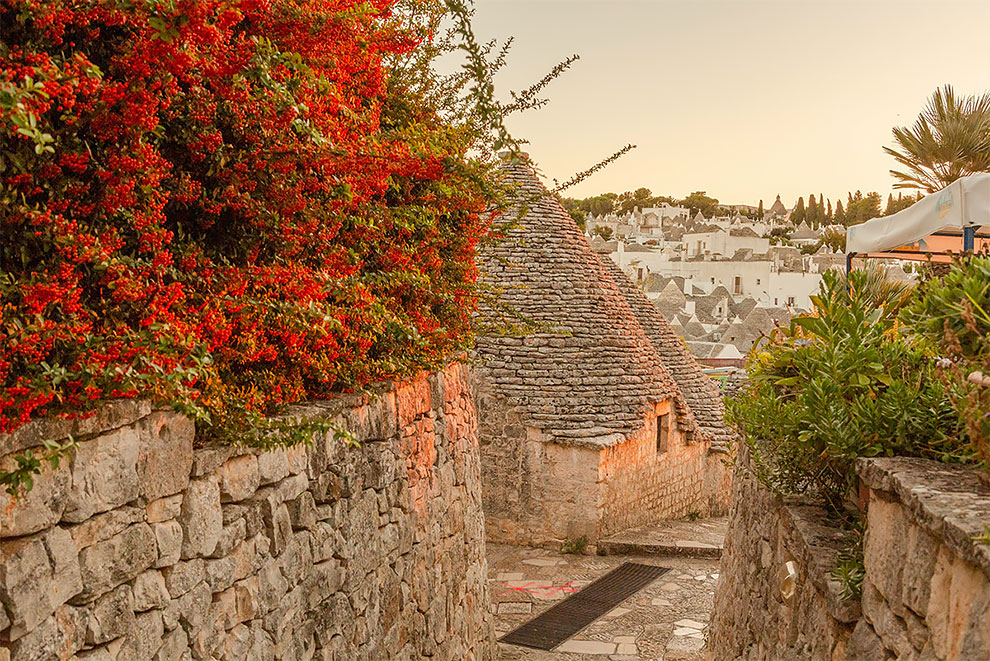 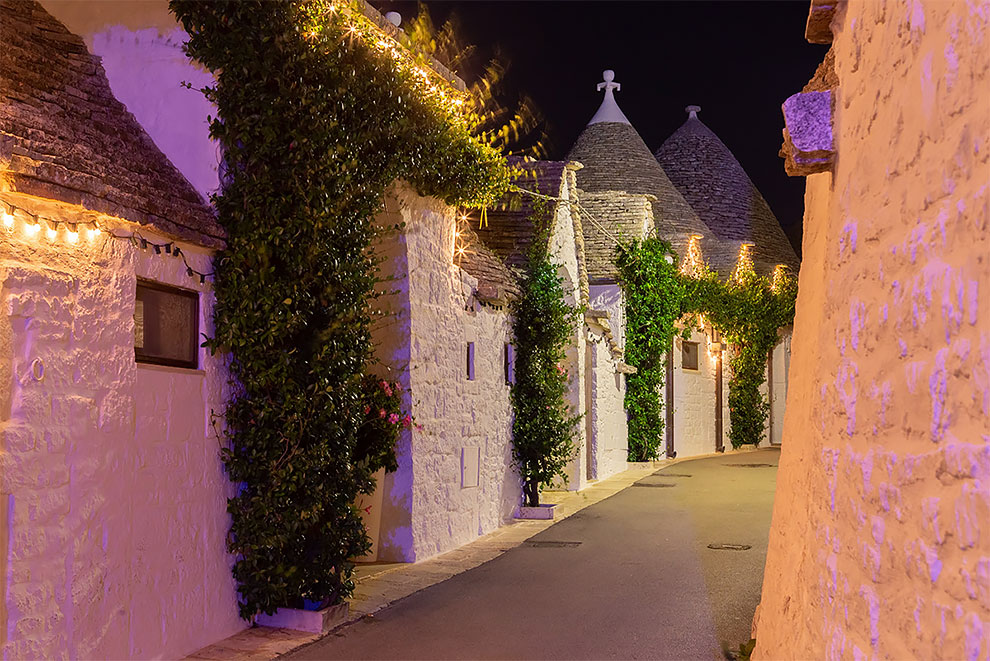 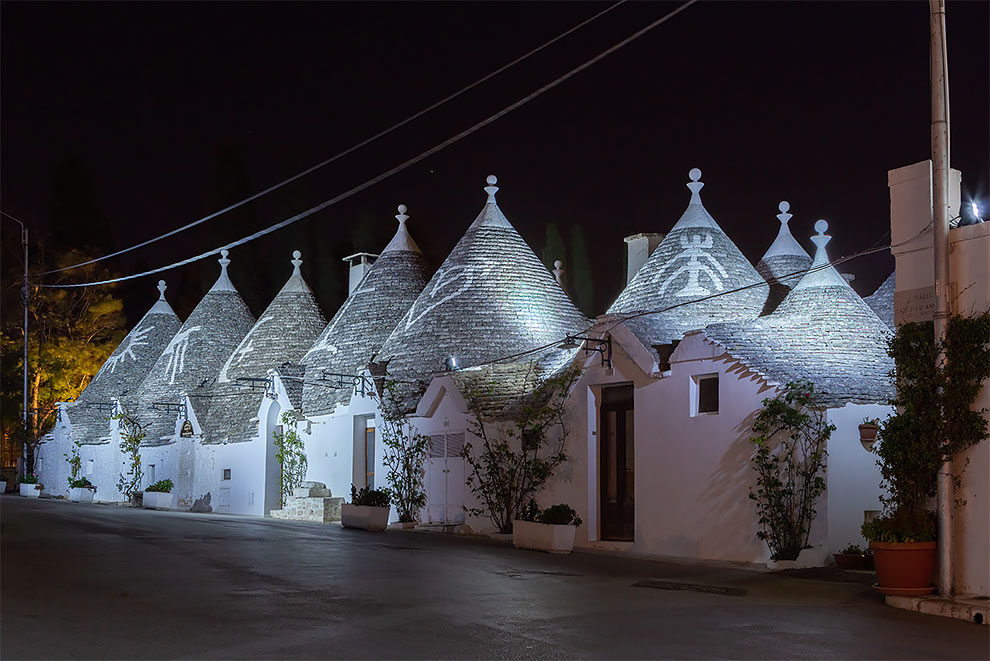 Las Pozas: The Surrealistic Wonderland Hidden in the Middle Of The Jungle
Cradled By Two Giant Hands, The 'Golden Bridge' In Vietnam Is Unlike Any Other
Swim 115 Feet Above London in the World’s Only See-Through Sky Pool
New York-Based Design Studio LARS BÜRO Has Created The 'Cybunker', An Off-Grid Shelter To House The Recently Unveiled Tesla Cybertruck
"Berlin Love": Minimalist Architecture in Surreal Photography By Simone Hutsch
Vintage Postcards Capture Shopping Malls of the U.S. in the Mid-20th Century
This Super Tiny Cabin Lets People Sleep In The Mountains Under The Stars
Jakarta Built A Surburban Village On Top Of A City Mall
Maijishan Grottoes
Alien Bar
These Tiny Bubble Domes Let You Sleep Under The Stars
Artist Buys Abandoned Chicago Bank to Transform It into Public Arts Center
"Alien Architecture": Photographer Al Mefer Captures Futuristic Martian Architecture – In Benidorm, Spain
50 Times Architects Made Buildings That Look Cool But Were Uncomfortable To Live In Or Use
This Curvaceous Wooden House Sits Among The Trees
Bota Bota: The Floating Spa of Montreal
Awesome Architectural Projects by Arthour Koupreychouk
"Il Gigante": The Statue Of The Giant Neptune In Italian Village
A 1960 Era Atlas E Missile Site that Has Been Converted Into a Self-Sufficient Home
Little Polish Village Where Every House Is Covered In Colorful Flower Paintings
Rather Than Cut It Down, Family Builds House Around 150-Year-Old Tree
The Beautiful Buenos Aires Bookstore Inside A 100-Year-Old Theatre
Prefab Modular Living Units From Slovenia By Coodo
"Transgenesis": Giusy Amoroso’s Vivid Digital Imagery Takes Nature to Its Most Beautiful Extremes
Alberobello, architecture, history, italy, Tania Depascalis, Tiago Marques, village