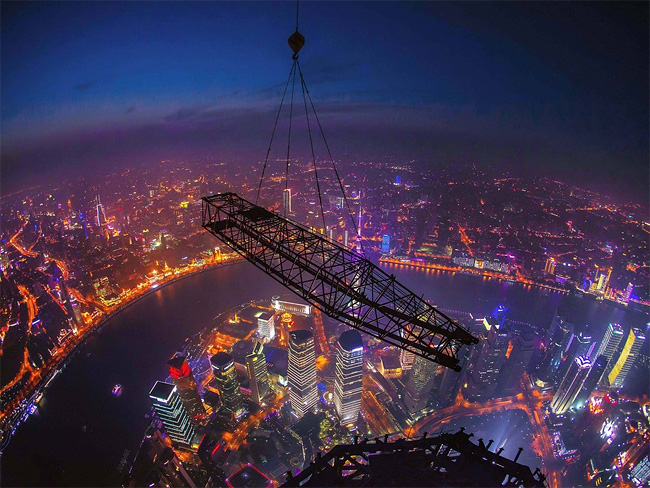 Cranes that have helped to build the Shanghai Tower, China’s tallest building and the world’s 2nd tallest, are seen being dismantled. (Photo by Rex Features) 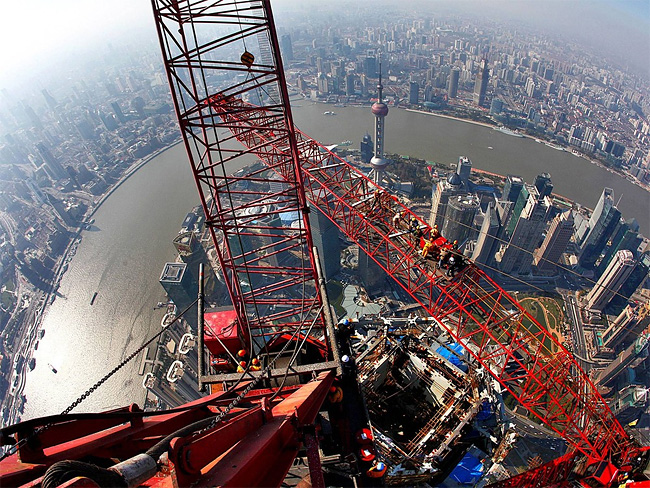 Construction workers have been able to scale the half-mile £1.6billion monolith in the world’s longest lift. Principal architect Jun Xia said it serves “as a stunning representation of our past, our present and China’s boundless future”. (Photo by Rex Features) 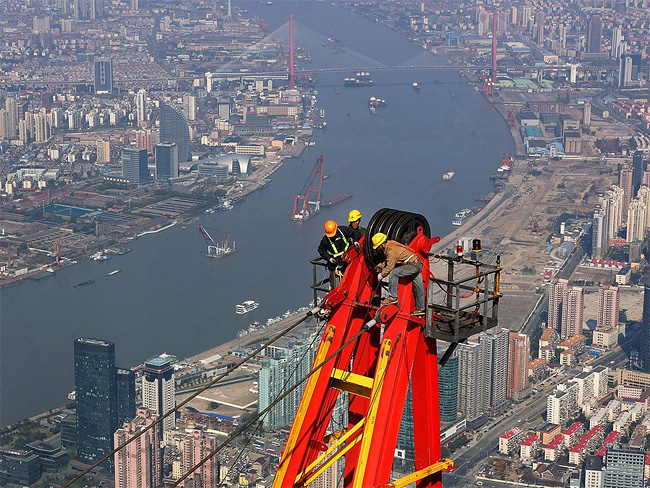 Workers dismantle cranes that have helped to build the Shanghai Tower. (Photo by Rex Features) 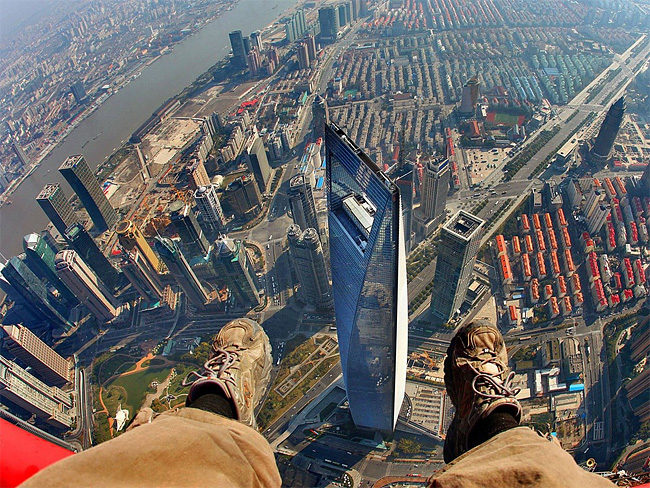 Construction work on the tower began in November 2008. Upon its completion this year the building will stand approximately 632 meters (2,073 ft.) high and will have 121 stories. It is expected to open to the public in 2015. (Photo by Rex Features) 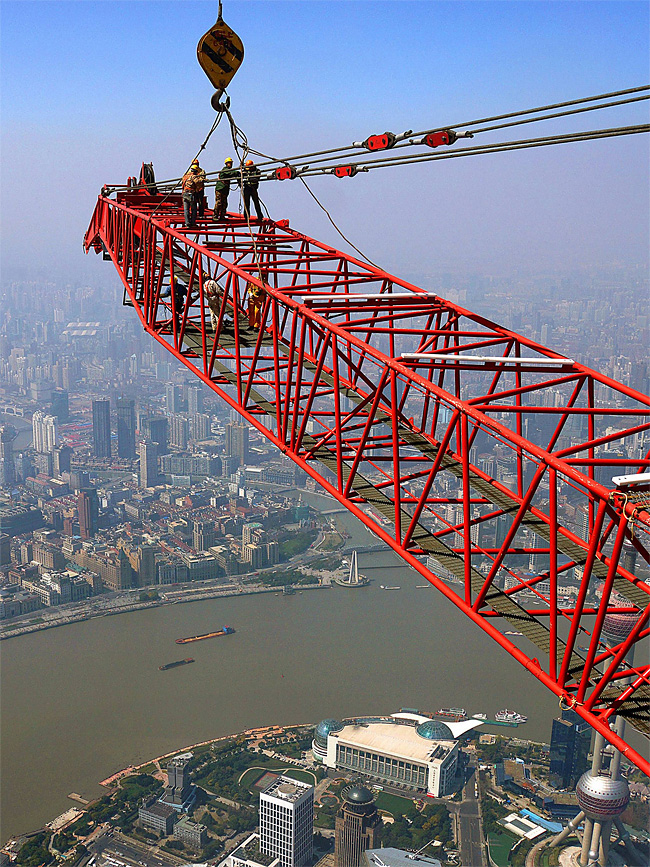 Shanghai Tower will be the tallest building in China and the second tallest in the world, surpassed only by the Burj Khalifa in Dubai. But Shanghai’s pride may not last long – Hunan province is building an 838m tower… (Photo by Rex Features)

Stunning Images Of The Seven Wonders Of The Ancient World Restored In Their Prime
Eiffel Towers Around the World
Summer Super Villa By Lassa Architects In Greek
The 'Smallest House in Italy' Is Architecturally Stunning
Architectural Camouflage Collection By Snarkitecture
384ft-Tall Apartment Tower To Be World’s First Building Covered In Evergreen Trees
Lush Boston Ivy Transforms Flyover Into Green Corridor
Spanish Designer Fernando Abellanas Works In A Secret Studio Right Under The Bridge
The World's Weirdest Towers
The Eco-house that lets You Live Like a Snail
This Unique New Bookstore In China Is Filled With Optical Illusions
Russian Architect Suggests Modern Notre-Dame De Paris Restoration Design
Dubai Rising: An Aerial View of the Sprouting City
The Bridges Along The River Thames In London Are To Be Lit Up As A Beautiful Piece Of Art
Russian Couple Build Pyramid Of Giza Replica In Their Rural Backyard
Room With A Mountain View In Downtown Of Shanghai
Star Wars Millennium Falcon-Style Home In Australia
People On This Group Are Sharing Examples Of ‘Urban Hell’ That Look Like A Dystopian Movie But Are Sadly Real
A Closer Look Inside the Student Apartment in Hong Kong
The Spectacular World's Fair Exposition Universelle in Rare Pictures, 1899
Mysteriously Abandoned In 1976, This Creepy Mansion Just Gave Up Its Secrets
CasAnus Hotel: This Hotel In Belgium Is Shaped Like A Giant Anus
Cercle et Suite D’éclats by Felice Varini
Remains Of An Older More Advanced Civilization Has Been Found In Russia
Architectural Covers By Przemysław Sobiecki
"Under": Europe's First Underwater Restaurant To Open In Norway
Accidents Waiting To Happen Thanks To These Architects And Designers
Damaged by Lightning, Christ the Redeemer to Undergo Repairs
Sculptural Steel Labyrinth at a Former Coal Mine
Rather Than Cut It Down, Family Builds House Around 150-Year-Old Tree
cranes, shanghai, tower