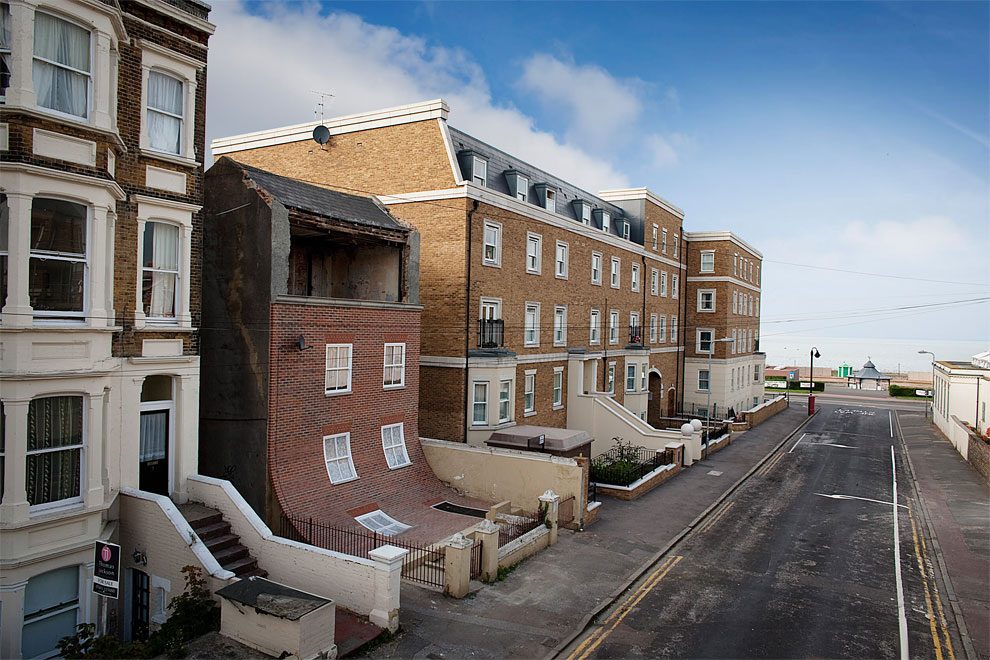 Mid-19th century house was compulsorily purchased by Thanet District Council after being empty for 11 years. Derelict four-storey Margate house will be brought back into use at the end of the year-long public art exhibition. Part of the upper floor is exposed as curving bricks, windows and a door below give the illusion that the front of the house is sliding away. 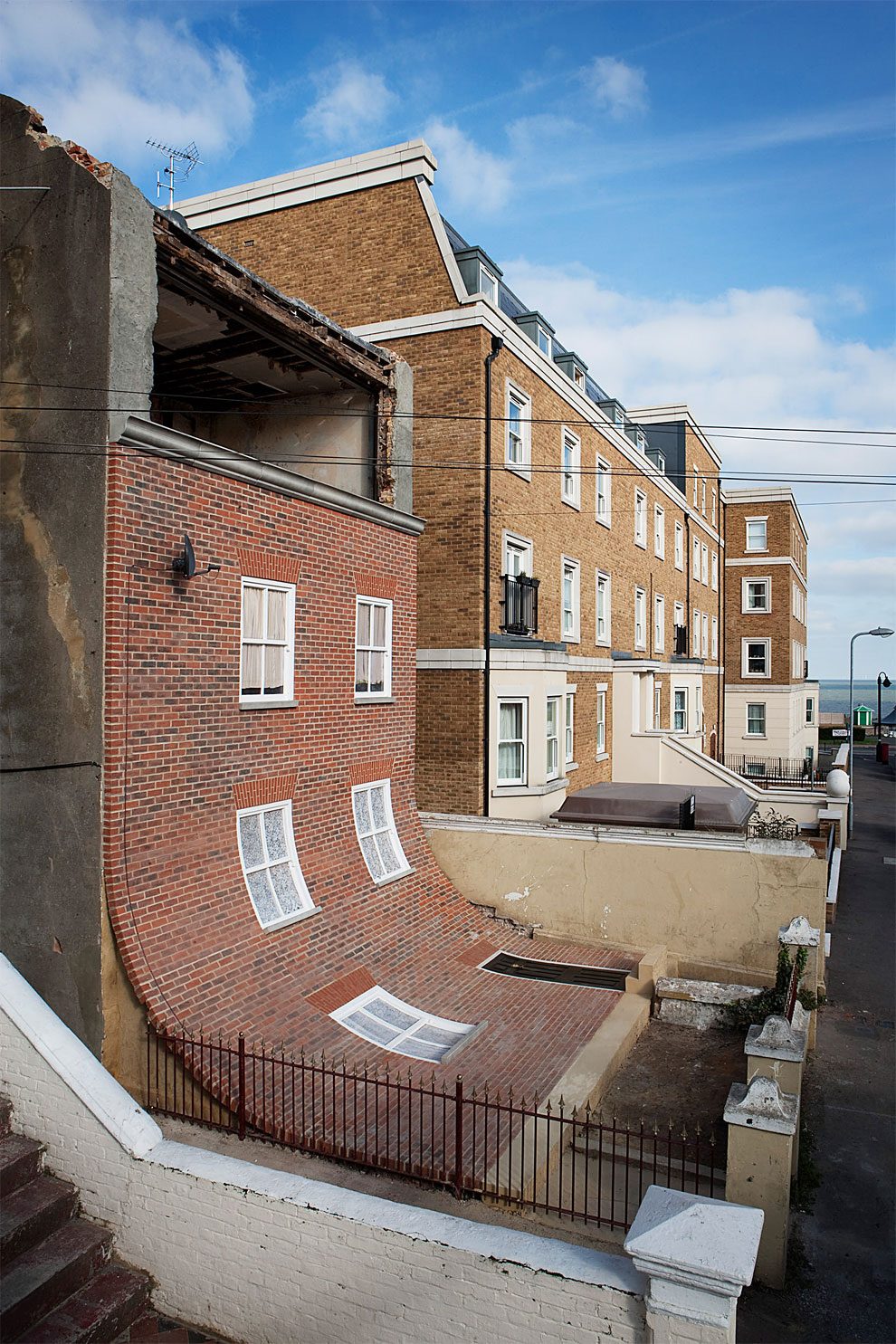 Artist Alex Chinneck, 28, started the £100,000 project, called ‘From the knees of my nose to the belly of my toes’, at the end of August and has recently completed it in Margate, Kent, England. 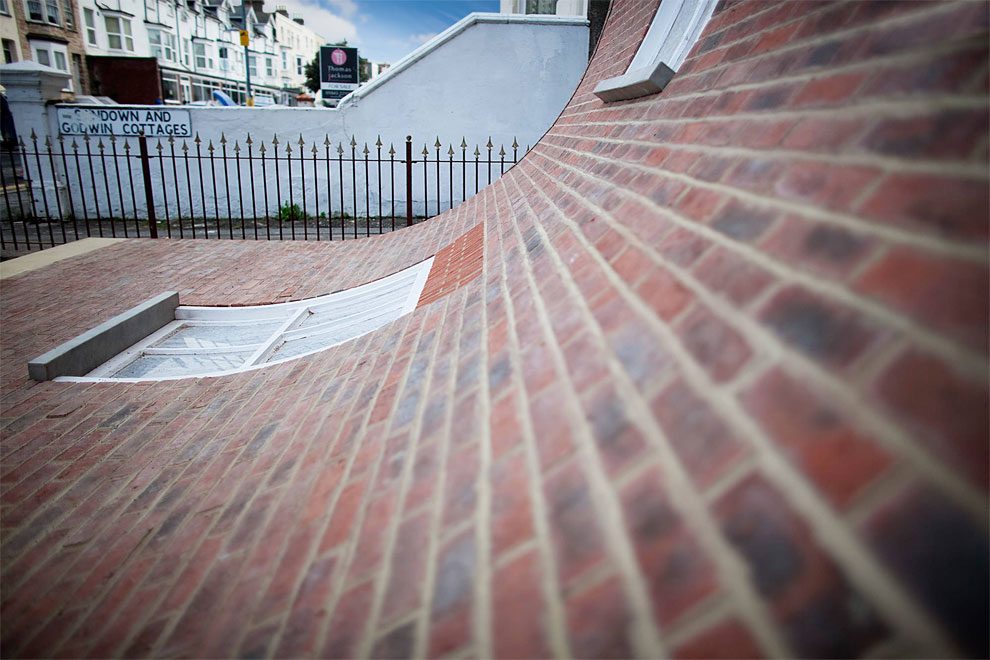 Ten companies donated their materials, manufacturing capabilities and professional services to build the sliding facade in Godwin Road in the Cliftonville area of the resort. 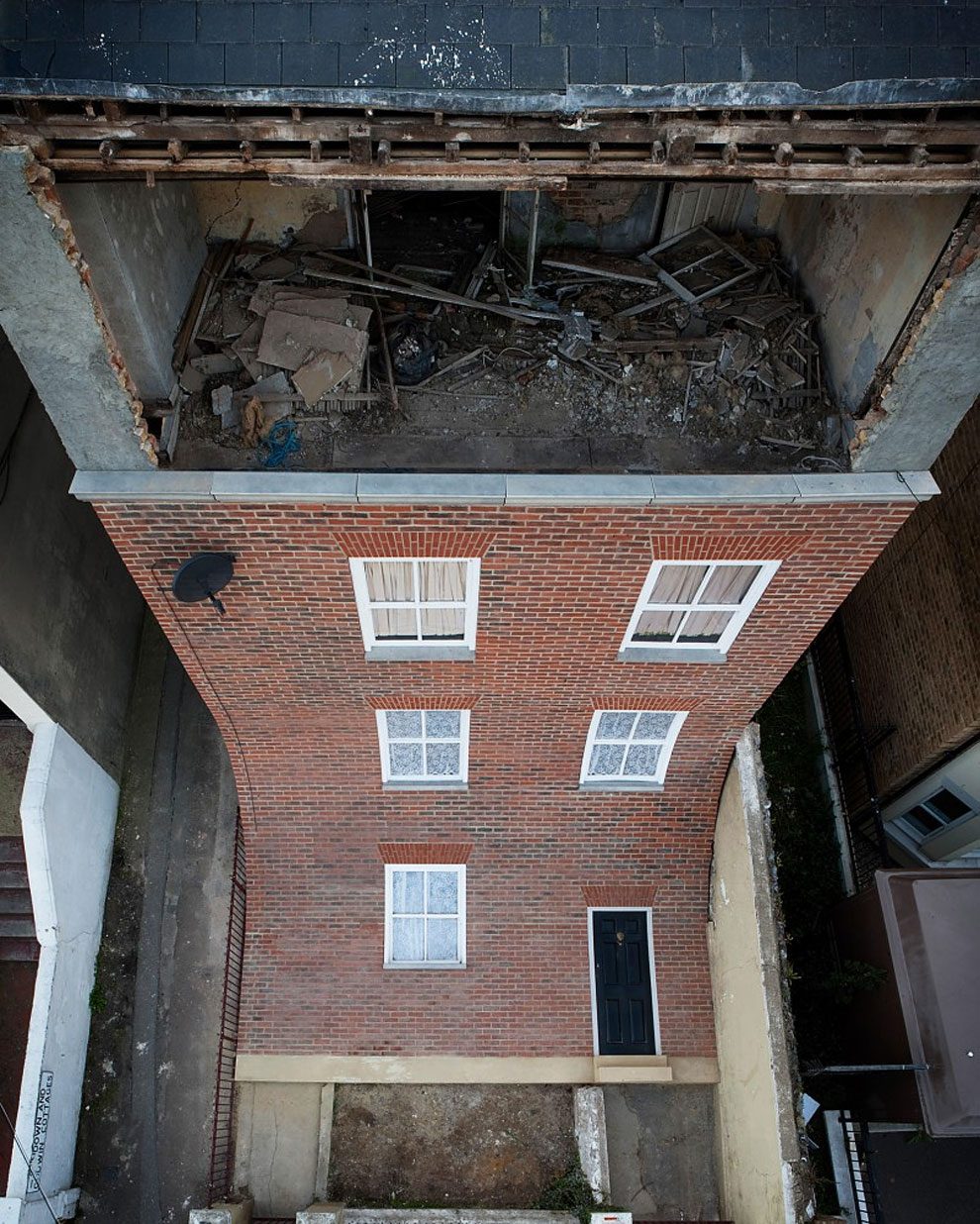 Mr Chinneck, who lives in Hackney, east London, told the Daily Mail: “This idea was completely self-initiated. Initially I wanted to do it in London and I wrote to various people to try to get it off the ground. I was offered a huge number of properties, including a multi-storey car park, but I then decided I wanted to do it in Margate because I was excited by the arrival of the Turner Contemporary art gallery.” 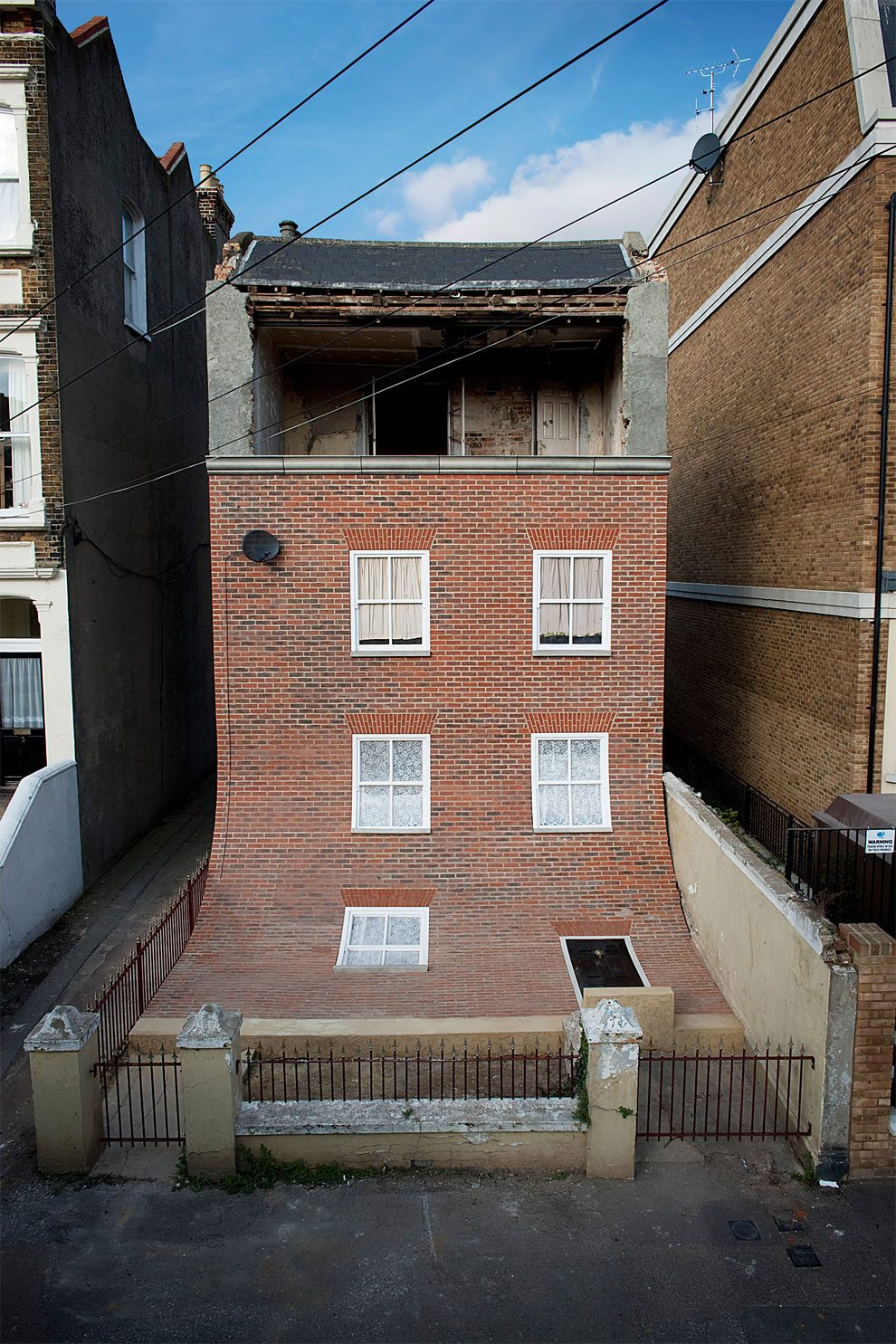