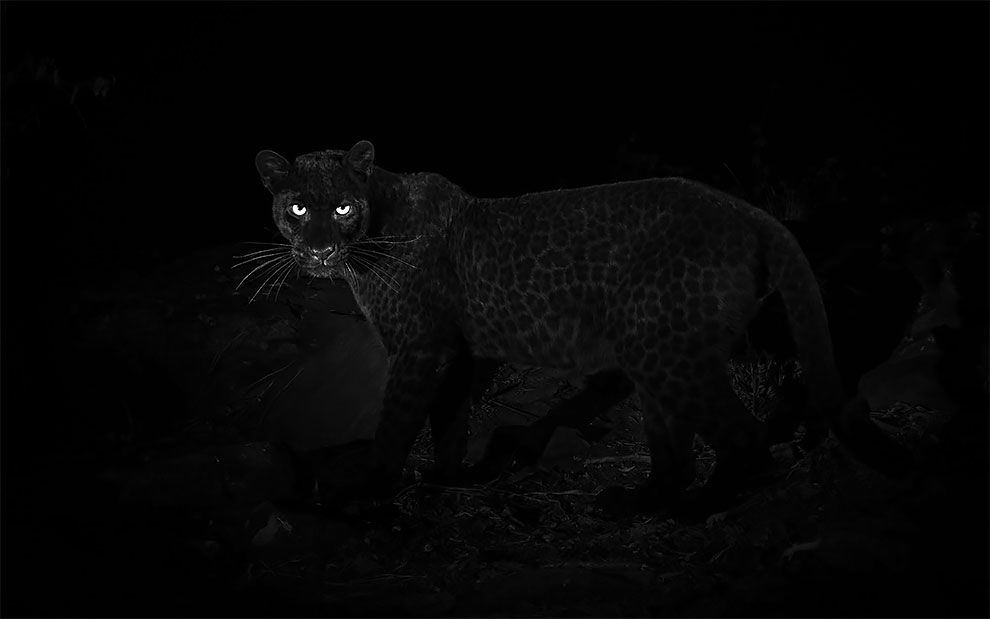 The creature – which almost has a mythical status – was captured by British wildlife photographer Will Burrard-Lucas, 35, while it was prowling around the plains of Kenya in the dead of night with a full moon looming above. This is the first time that one has been caught on camera ‘properly’ in Africa for 100 years.

Its wide eyes can be seen looking eagerly for prey, while leopard-like spots can vaguely be seen on its sooty coat, which is the result of melanism. This genetic variation, the opposite of albinism, results in an excess of dark pigmentation.

After learning that several had been spotted in the Laikipia area of Kenya – the only area thought to have black leopards in all of Africa – Burrard-Lucas decided to investigate further and set up an expedition this January.

“As far as I know none of these leopards has never been photographed properly in Africa before… So I’ve left the cameras for a few days and now I’m heading back to see if I’ve got anything,” Burrard-Lucas said in a video documenting his photography expedition.

Published in January in the African Journal of Ecology, these photos represent the first scientific documentation of such a creature in Africa in nearly a century.

As recently as 2017, only a single sighting had been confirmed—a 1909 photograph taken in Addis Ababa, Ethiopia, and stored in the collections of the National Museum of Natural History in Washington, D.C. Their range across much of the continent has shrunk by at least 66 percent due to habitat loss and prey decline. 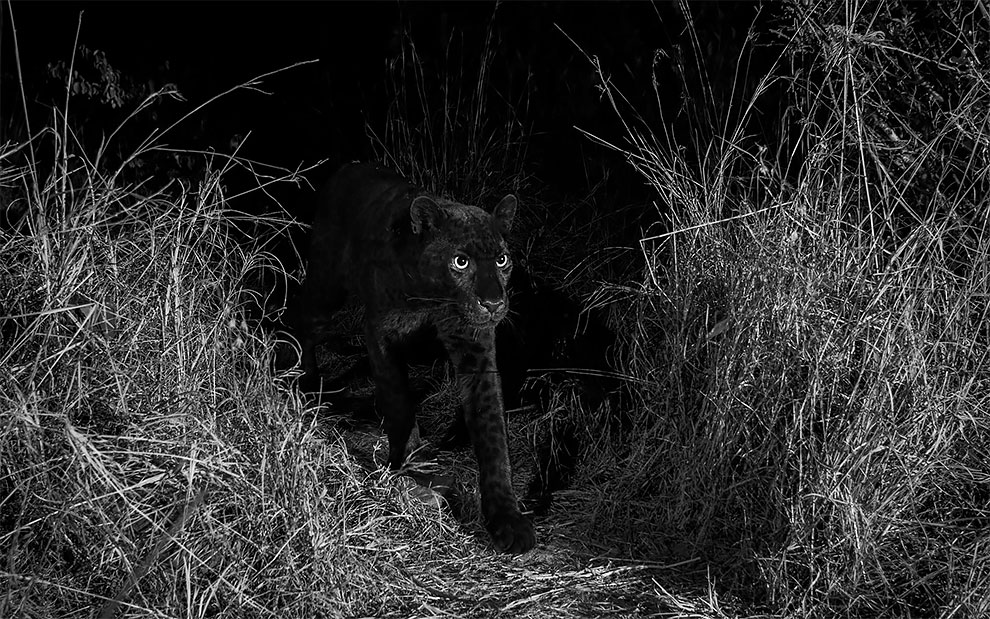 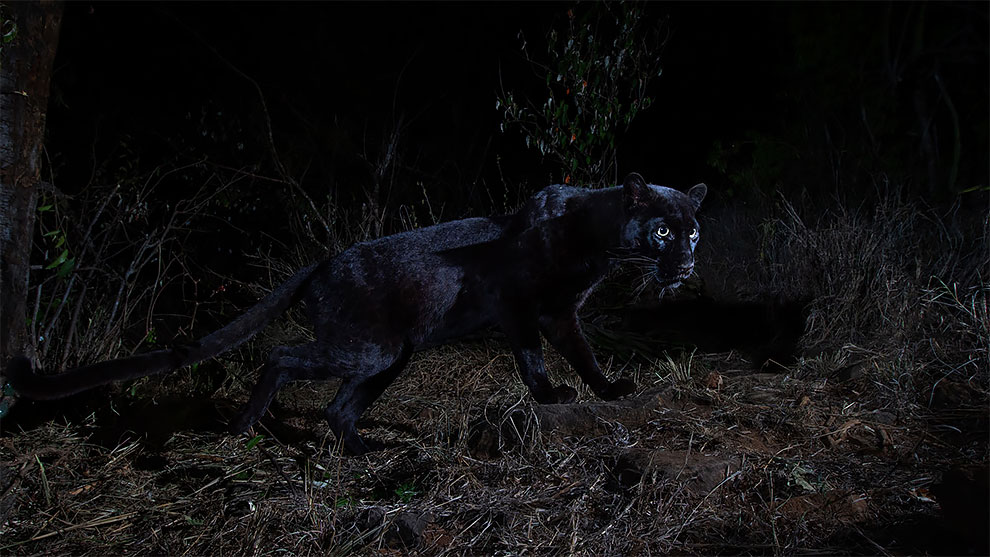 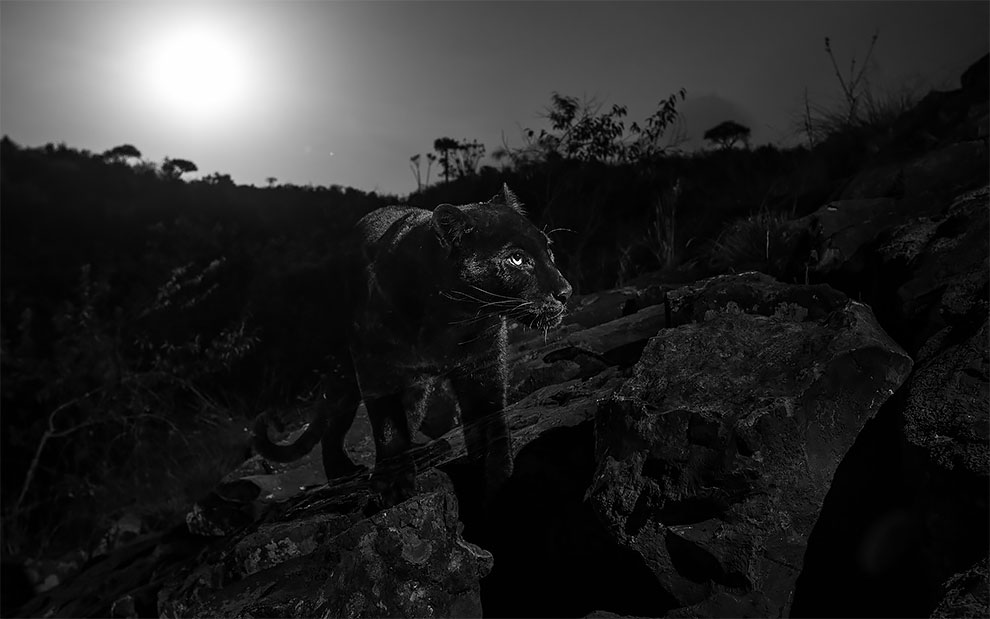 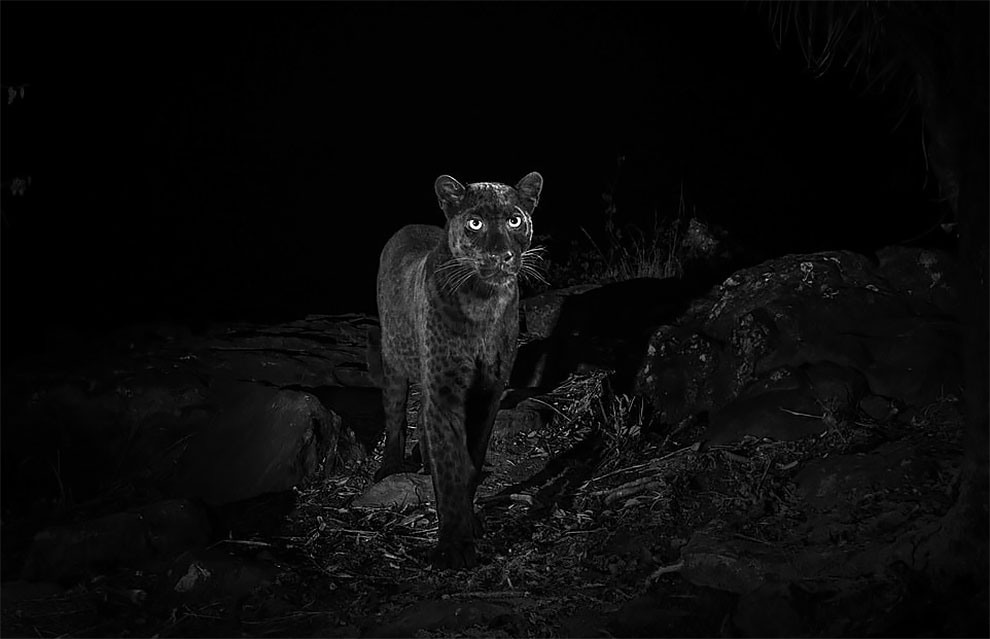 Man Builds 2,000 Square Meters Swimming Pool For Dogs
How To Be A Cat For Dummies
Adorable German Shorthair Assumes Many Different Looks And Poses In Whimsical Photo Series
Striking Animal Pictures Selected As Finalists Of 2017 Comedy Pet Photography Awards
Cat Survived Flooding In Floating Basin, Saved By Rescuers
You Can Get Tattoo Sleeves For Your Cat So They Can Look As Badass As They Feel
Finally, The 2022 Pooping Dogs Calendar Is Here. Now With a Puzzle.
Woman Quits Job to Knit Over 300 Coats and Hats for Abandoned Greyhounds
The Very Rare 1980 4-Door Chevrolet Corvette
Monkey Adopts Kitten
This Man Drives Several Hours Everyday To Bring Water To Thirsty Wild Animals
Nara’s Famous Deer Wander Streets, Station In Search Of Food After Coronavirus Tourism Drop
Dining With Giraffes
Guy Walks His Pet Tortoise Around The Streets Of Tokyo
The Laughing Seals
Frog Perched on the Crocodile
2018 Wildlife Photographer Of The Year: Highly Commended
Feel Your Heart Melt into Bubble Bath at a 'Wet Dog' Photo Series
Foxy Faces: Photographer Proves That Every Fox Has Different Personality
Bird Feeder by Árpád Orosz
Hundreds Streak Around London Zoo To Support Tigers
British Dog Lover Spends £30,000 On Her Nine Pets
This Cat Looks Like A Pirate, But That Just Makes His Mom Love Him Even More!
Catipilla - A Cat Climbing Frame Designed For Cats
africa, black, leopard, panther, rare