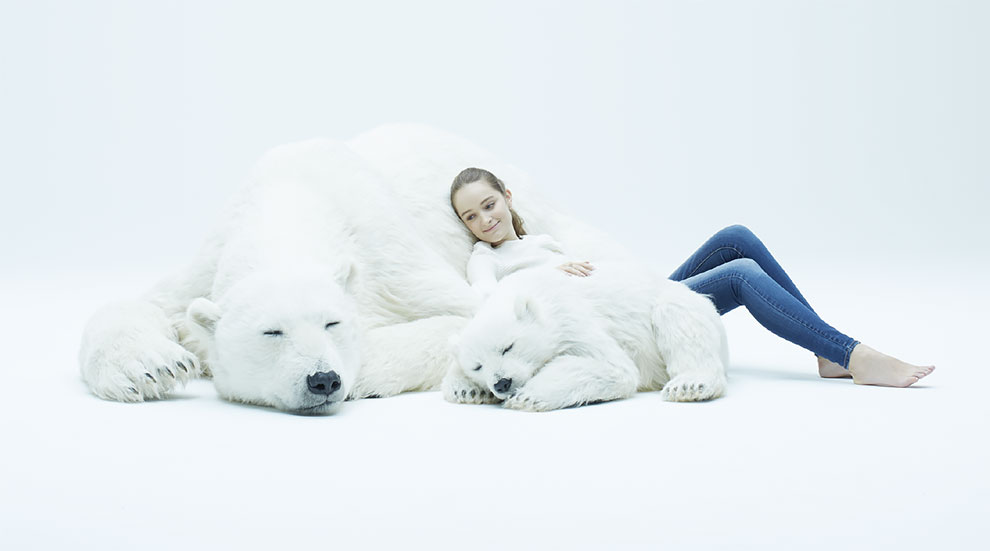 This unique work is the first in film-oriented creative studio Blast, Inc.’s ANIMALS AS ART product line. Blast, Inc.’s producer Junya Okabe got the idea after he had the misfortune of seeing a taxidermy specimen of a once living polar bear set up in a storefront during a visit abroad. 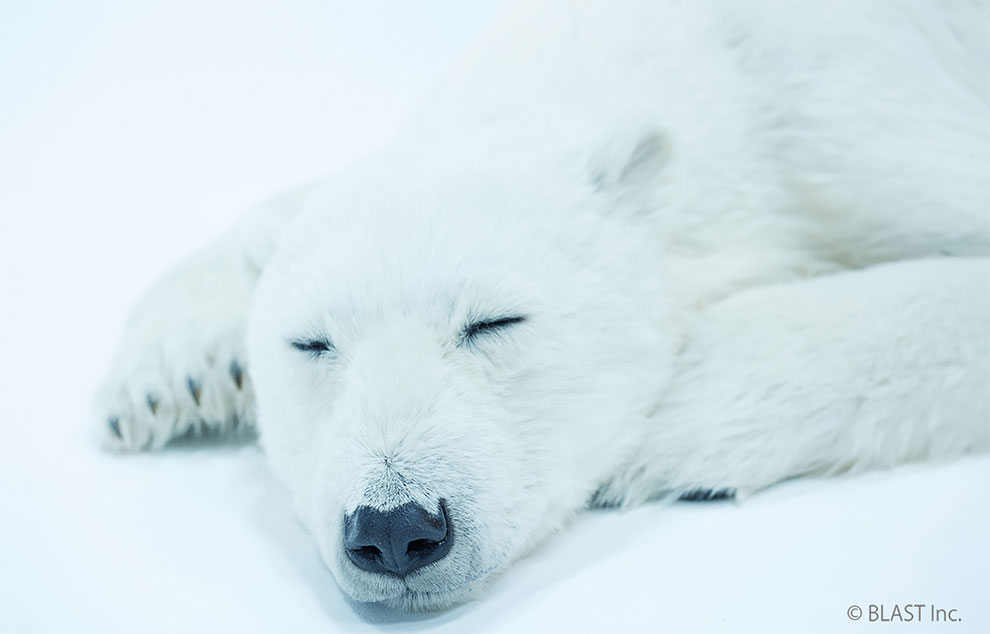 Although deeply saddened to know that such as majestic creature had been killed and exploited for human entertainment, he was inspired to make animals which looked incredibly realistic and alive, so that people would no longer kill and use animals in this way. Furthermore, he later decided that a percentage of the cost (1%) would be donated to the WWF. This was the origin of the ANIMALS AS ART project. 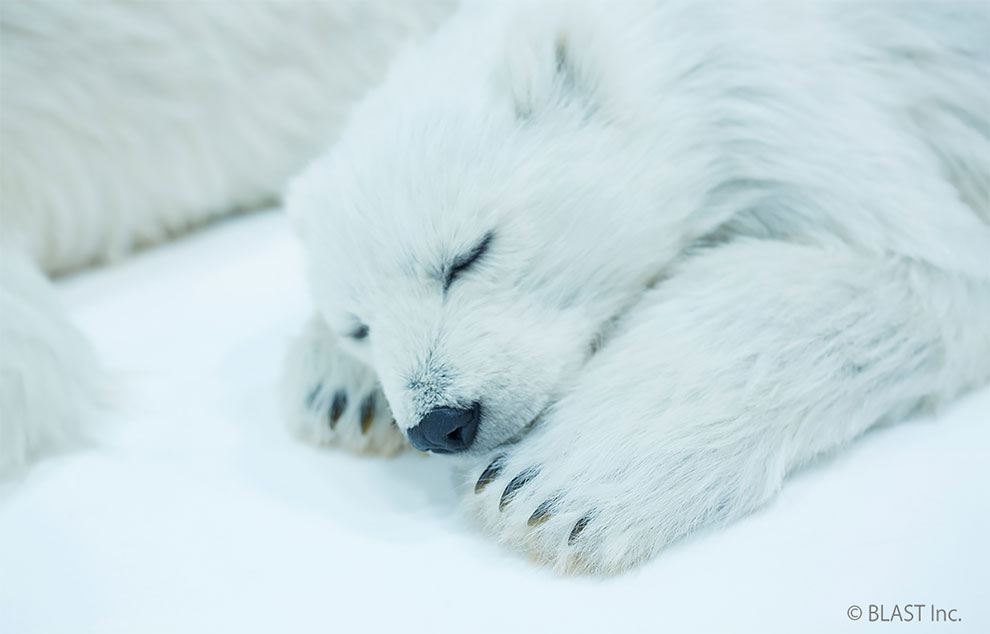 Thanks to his longtime friend Shuichi Miwaki, who helms Kaiyodo, Japan’s premier figure maker, Okabe was able to find Shinobu Matsumura, an expert animal sculptor working on Kaiyodo’s animal products and tasked him to make a zoologically correct base model of a polar bear sleeping peacefully with its cub. Once the model was complete, Blast, Inc.’s art studio Zeppet Workshop, lead by chief model creator, Yuya Takahashi, set about producing the life sized models, marshaling a team of top industry talents with a 30-year track record of unmatched craftsmanship. The result is a work of art of unrivaled quality and realism. 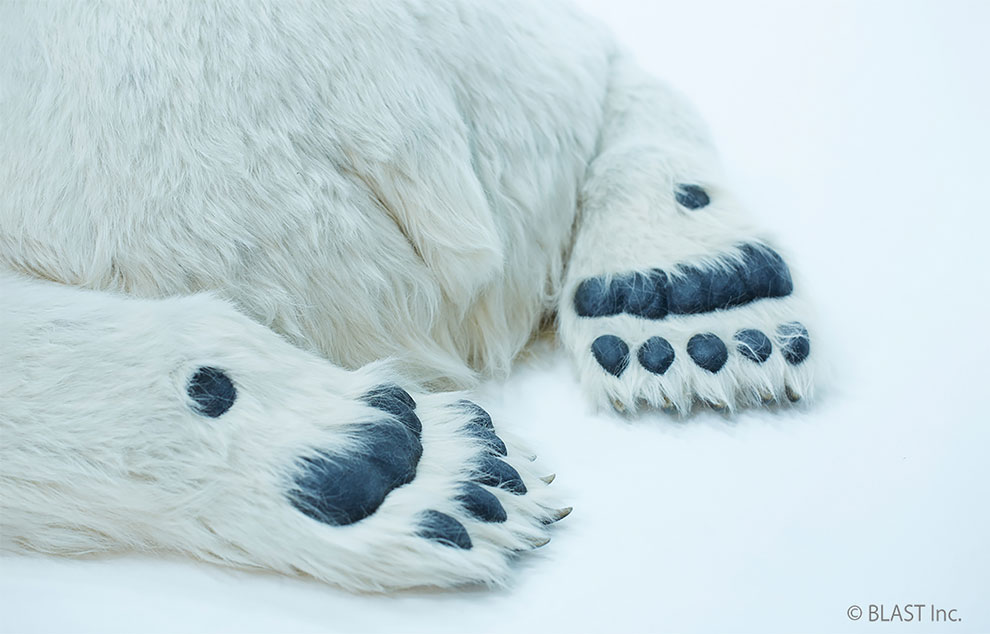 The synthetic, animal-free fur is provided by a manufacturer whose products can be seen in blockbuster Hollywood films. Each hair is painstakingly and precisely implanted into the body to recreate an authentic look and feel. 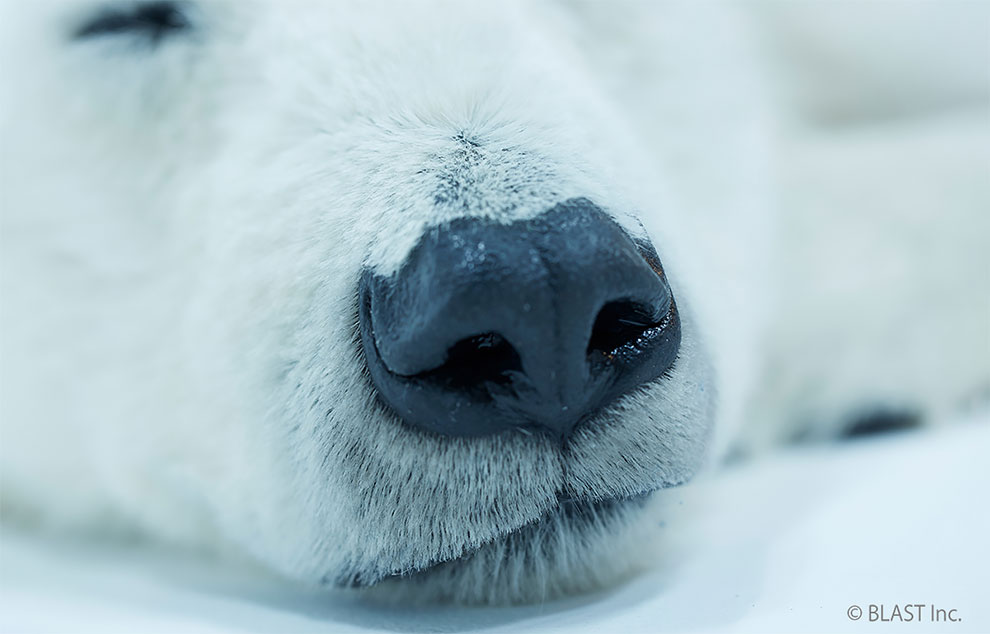 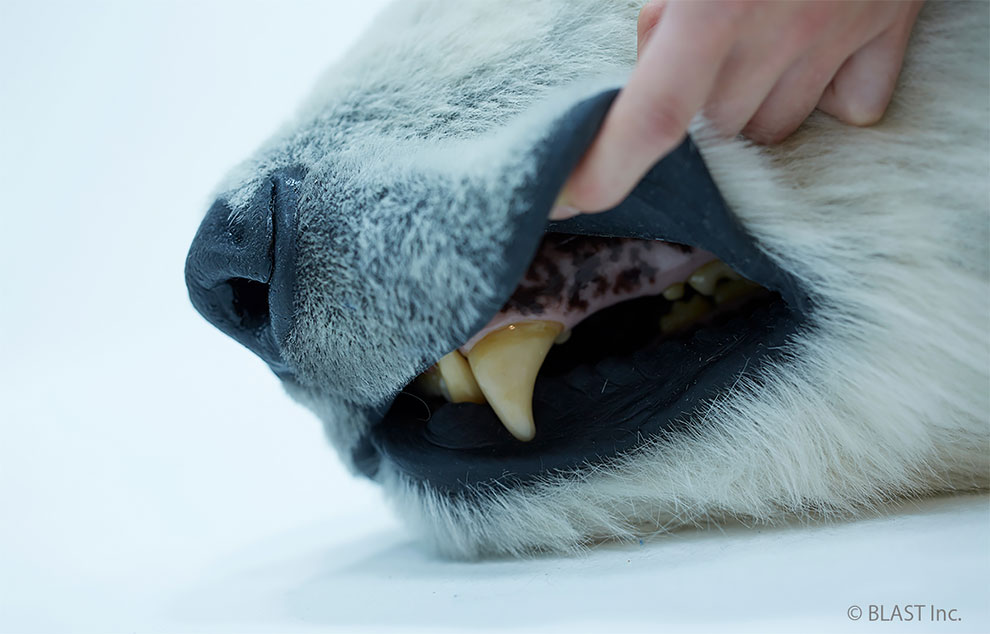 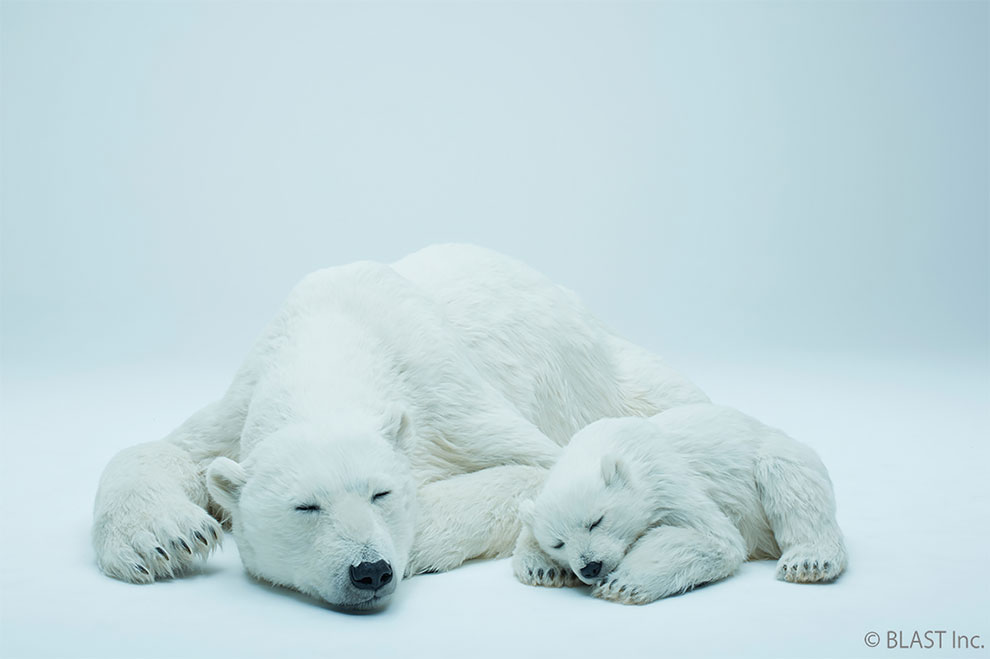 Japanese Railway Hosts World’s First Cat Café On A Moving Train With Adoptable Kittens Riding On Board
A Visit To The World’s Only Black-Cat Cafe
British Pet Dog Gets Co-Pilot License
Monkey Adopts Kitten
Beautiful Winning Photos From The Bird Photographer Of The Year 2018
Oakland Zoo Lights Up its ZooLights
This Brave Dog Protests Annoying Everyday Things With Funny Signs
A Photographer Documents The Secret World Of Stray Cats Of Kazakhstan
Turn Your Cats Into Furry Train Conductors With Colorful Cardboard Trains
Fun Animal Facts You May Never Knew Existed Or Cared About
“Smiley” False Killer Whale
South African Academy Trains Anti-Poaching Dogs
The Algonquin Hotel In NYC Has A Kitty Concierge Named Matilda
Hooray for Jia Jia
Do Enjoy This Dog Dressed Up As Various Disney Characters
London and Chester Zoo’s Annual Animal Stock Take
Living Sculpture Mari Katayama
Impeccably-Dressed Bunny Models The Tiny Dapper Outfits Made By His Human
Amazing Polar Bear Photos By David Jenkins
"If My Small Dog Was As Big As She Thinks She Is"
A Thrill-Seeking Photographer Risked Life And Limb As He Swam Alongside A Ten-Foot-Long American Crocodile Near Belize
7 Dogs Before And After Japanese Grooming
Dutch Photographer Marcel Heijnen Documents The Secret Lives Of Cats Living in Hong Kong’s Stores
Uncanny Resemblances Between Classic Dog Breeds And Humans Captured By Gerrard Gethings
beer, mother, polar, sculpture