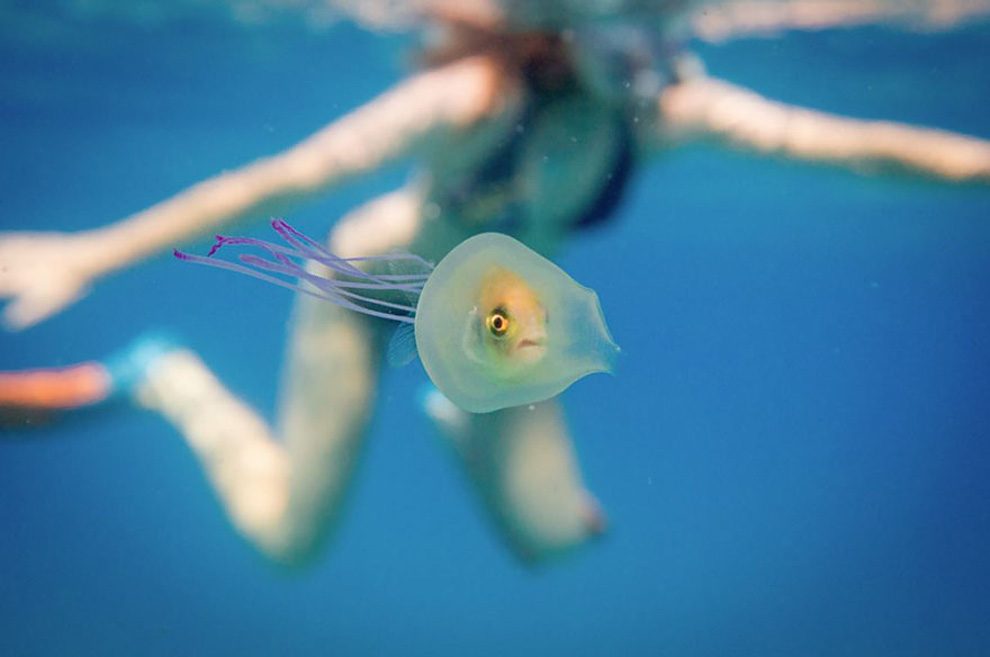 A fish swims into a jellyfish. It sounds like the start of a joke, but believe it or not, a fish actually did swim into a jellyfish. Take a look at these pictures to see this bizarre and oddly beautiful spectacle for yourself. 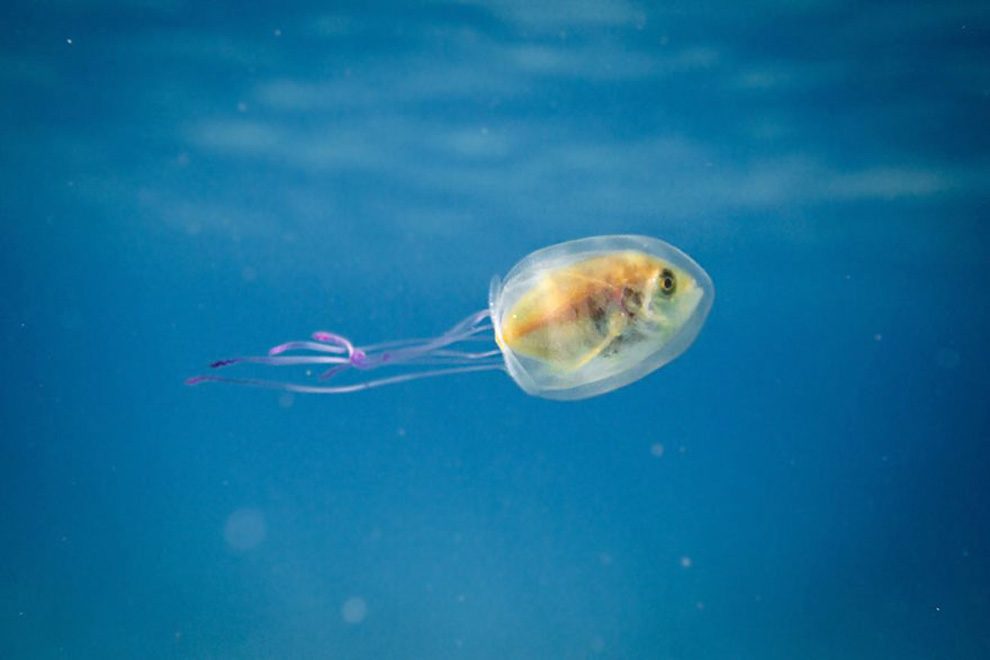 The picture was taken by Australian photographer Tim Samuel, who uploaded the snap to his Instagram account last December. Tim saw the flummoxed fish while out free diving in Byron Bay with a friend. Nobody quite knows how it managed to get in there (alcohol may have been involved) but despite its obvious disadvantage, the fish was still able to control the movements of the equally hapless jellyfish. 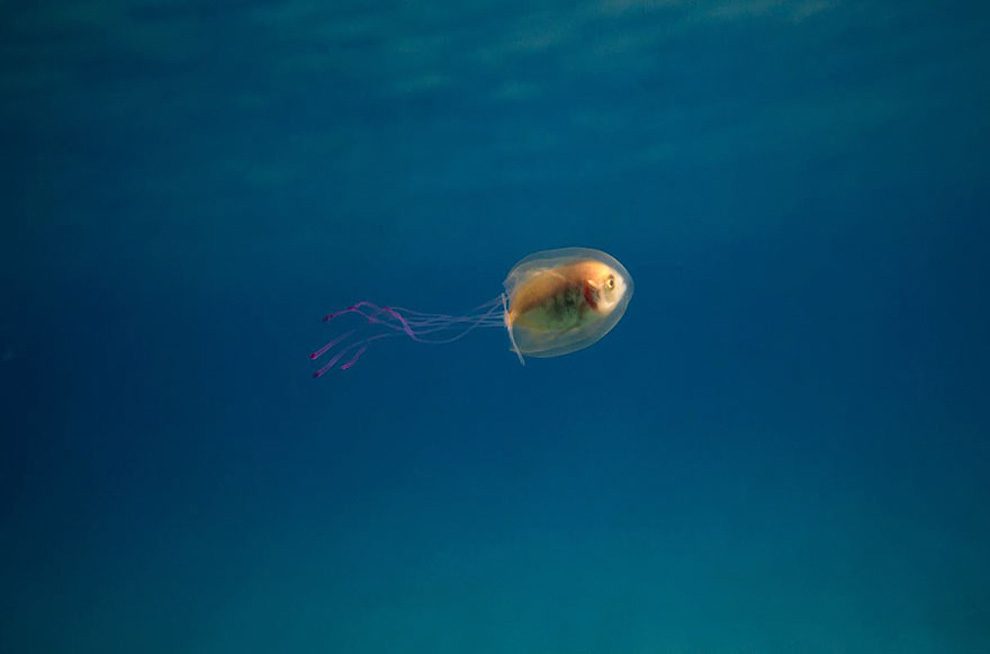 Unsurprisingly, Sam says he’s never seen anything quite like this during his five years as a photographer. And neither have we. But we have now. And we still can’t get our heads around it.

Alabama Hunters Haul in 1,000-Pound Alligator
Juniper, The Happiest Fox In The World
These Portraits Reveal The Incredibly Humanlike Expressions Of A Variety Of Apes
Photographer Peter Thorne Captures Adorable Photos Of Toronto’s Chubby Cats
Someone Noticed That Cats Use Parking Bumpers As Pillows, And It’s Oddly Wholesome
Artist Grace Gogarty Makes Hilarious Guide To Dog Breeds That Will Help You Choose Your Next Dog
Wildscreen Photography Festival 2014
Lovely Snaps Capture People With Their Cats Over 100 Years Ago
Pretty Lovely One-Eared Kitty is Looking for the New Home
This Monastery Adopted A Stray Dog, Now He Enjoys His Life As A Monk
Elephant vs Car
This Is What 7 Million Flowers In The Netherlands Look Like
The 2019 Australian Firefighter Calendar Is Here And Still The Hottest Way To Raise Money For Charity
Сat and Fox: Unlikely Friendship
Meet Lil Bub
Miracle - A Cute Micro-Puppy
Japanese Viral Cat Photos Remind Everyone Of The Nostalgic Charm Of Phone Boxes
This Dog Recreated Madonna’s Iconic Photos, And It’s Brilliant
Amazing Polar Bear Photos By David Jenkins
10 Absolute Benefits Of Having A Cat
A Great White Shark Preserved In Formaldehyde In An Abandoned Wildlife Park
Winter 2017 / 2018 Tortoise Fashion
Rare Blue Whale Skeleton Unveiled At UK’s Natural History Museum
Inside the World's Biggest Tree House by Horace Burgess
captured, inside, jellyfish, million, trapped