Here Comes The Bear: Fairytale-Like Photos Of Russian Family Playing With A Real Bear In The Forest 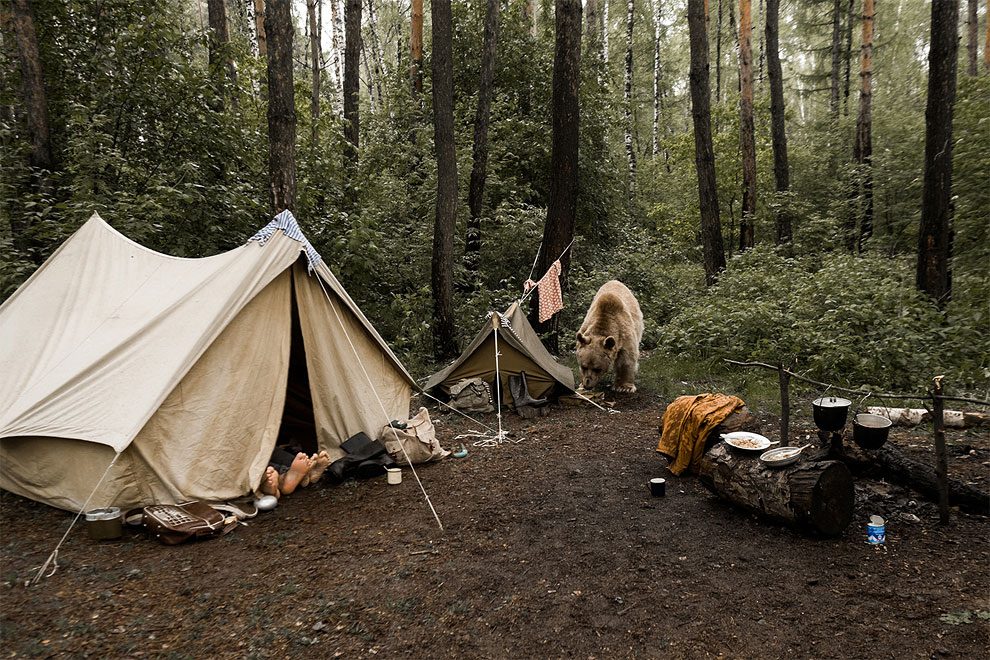 Russian photographer Olga Barantseva (previously here and here) captured these incredible shots of Russian family playing with a giant brown bear. The images look straight out of a fairytale, showing a softer side to the big predator. As part of an anti-hunting campaign, the extraordinary photos are meant to “show the natural harmony between humans and bears,” according to Barantseva. 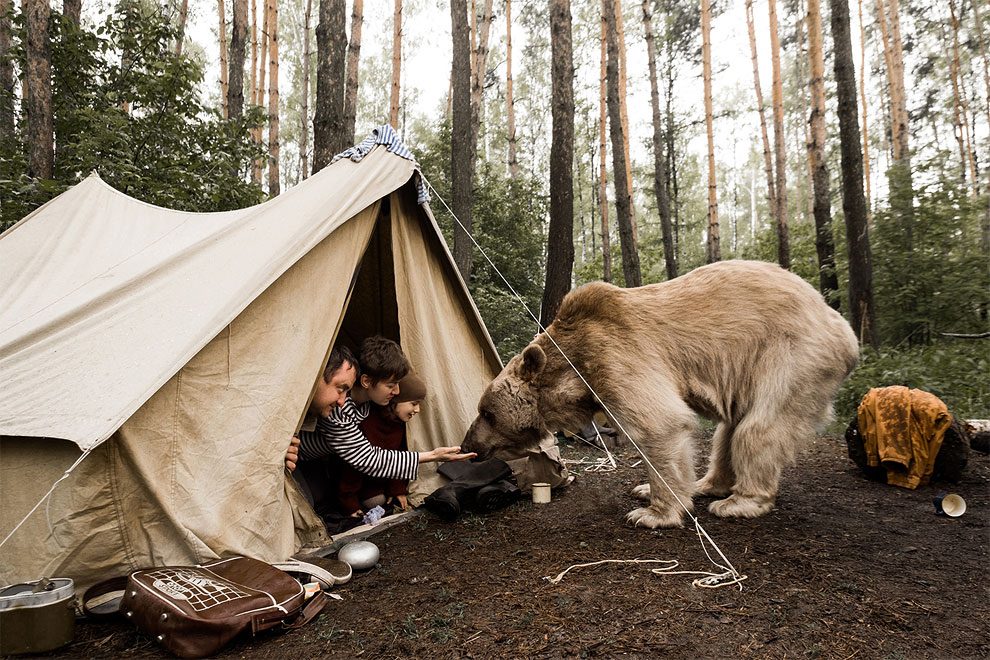 The bear, named Stepan, weighs more than 1,400 pounds and stands at a height of over 7 feet, but he is completely docile and willing to pose with his human collaborators. Stepan was rescued from hunters as a cub by his owner, professional circus trainer Yury Panteleenko. The bear was raised to be people-friendly, and has played roles in over 20 Russian films. 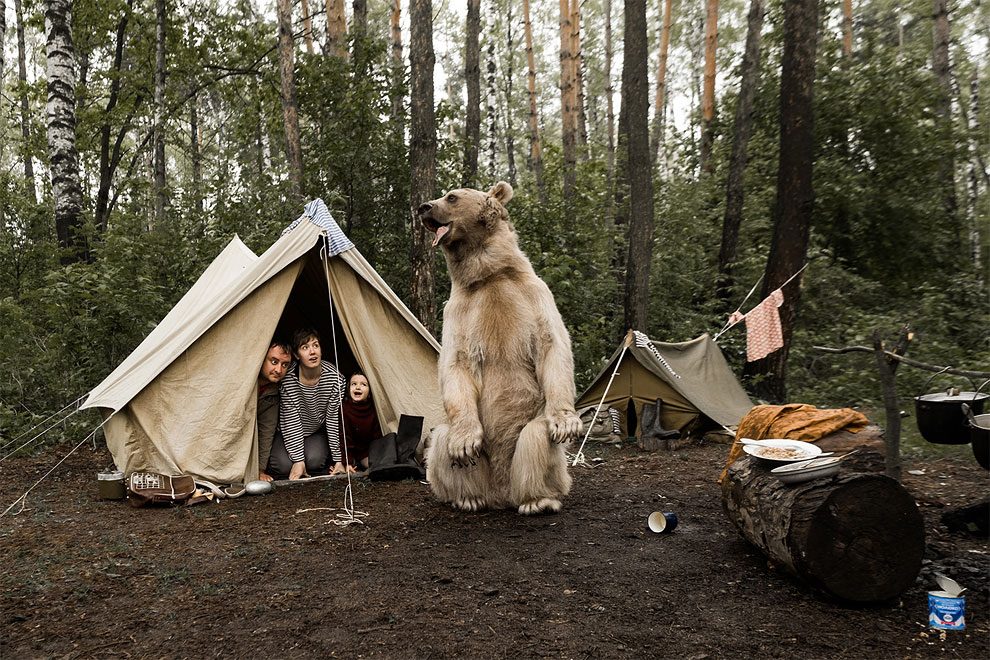 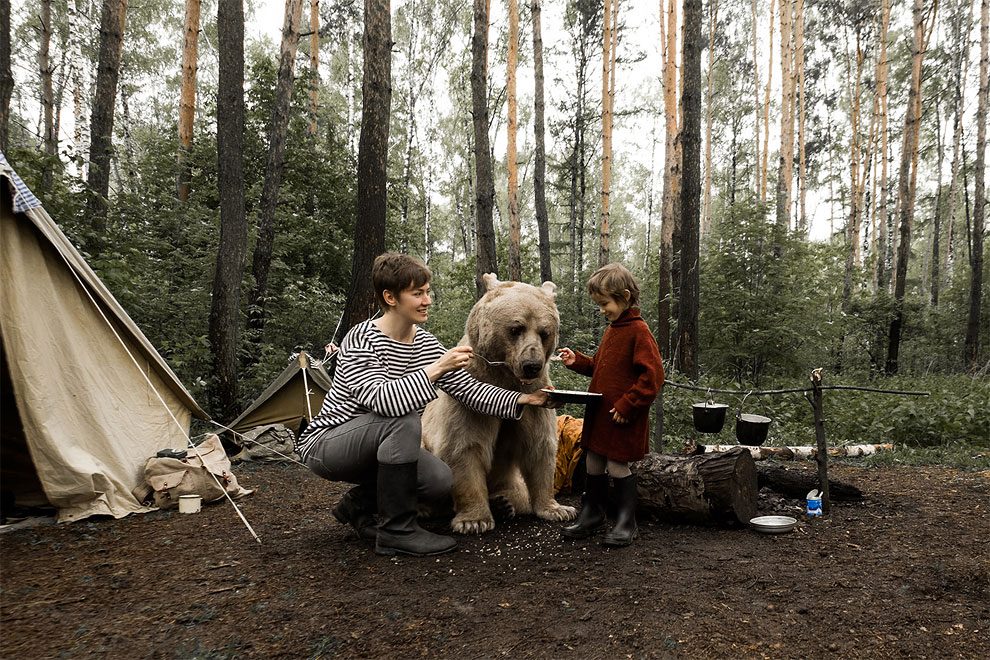 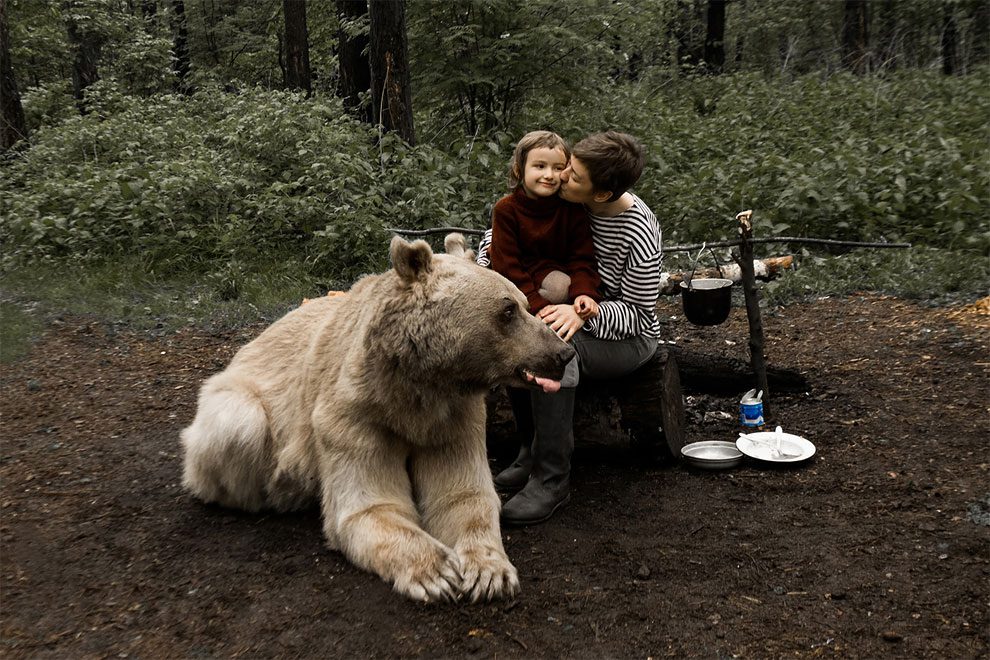 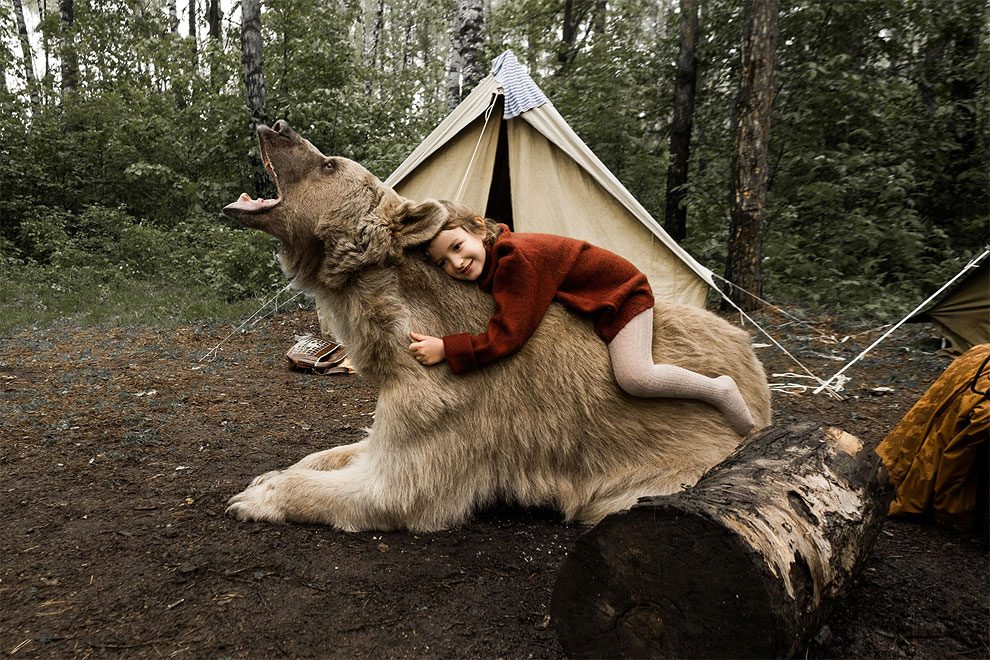 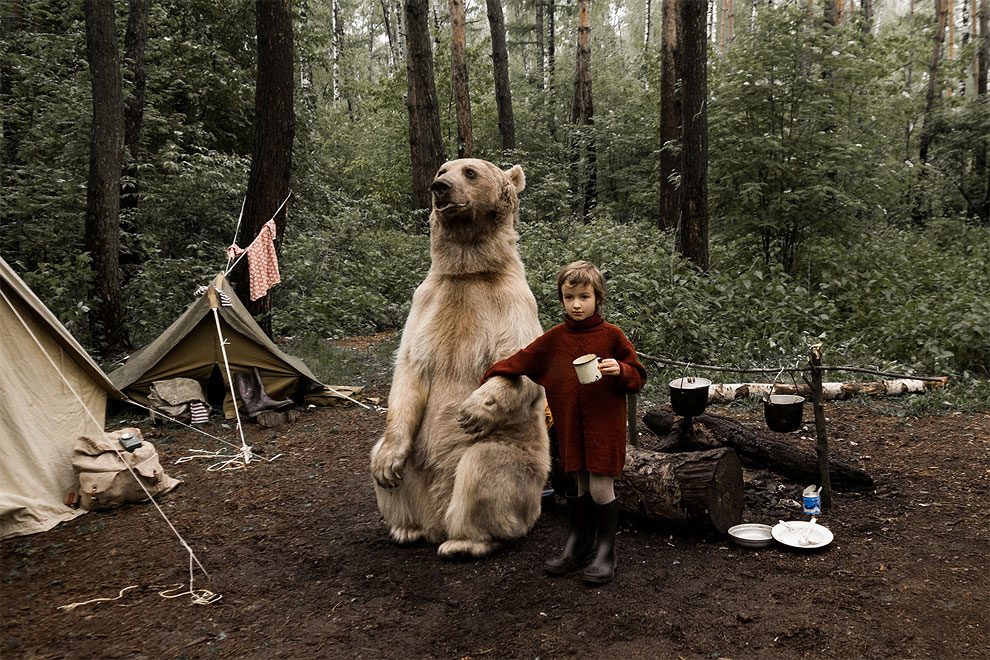 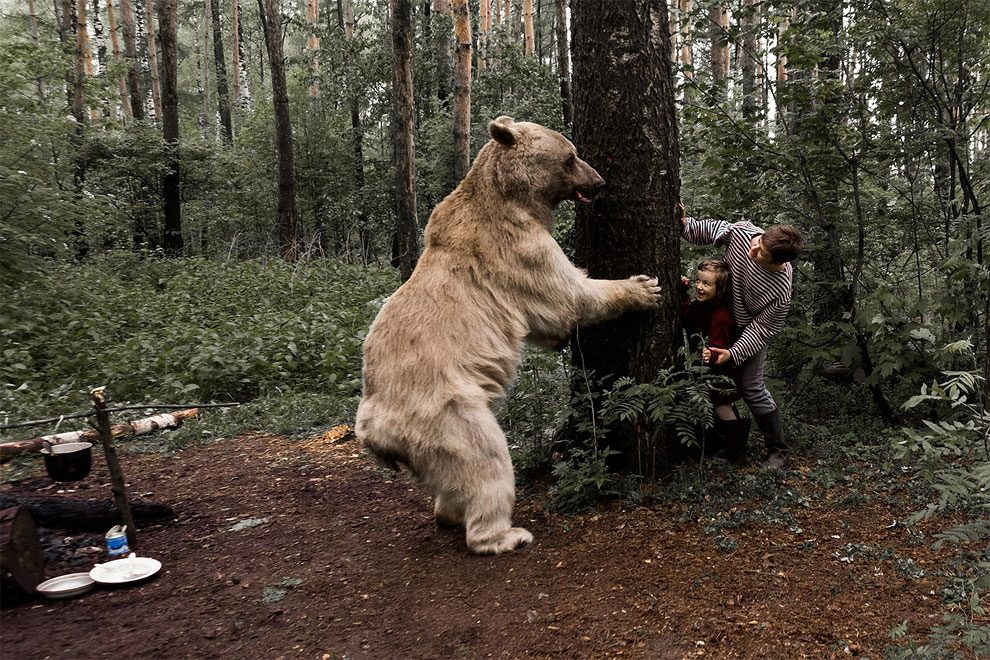 A Black Cat Interrupted A Football Match And Unsurprisingly Refused To Leave
Pink Champagne Fox Miko
Homeless Dog Found In Garbage Becomes A Lion He Deserves To Be
The 10th Annual Petco Unleashed Surfing Dog Contest At Imperial Beach, California
How To Be A Cat For Dummies
Humpback Whale Close Encounter Off California Coast
ZSL Animal Photography Prize 2015
"Do You Look Like Your Cat?" A Memory Game: Match The Cats with Their Humans!
Perfect Imperfection: Photographer Documents The Beauty Of Animals With Disabilities
The World's Most Super-Amazing 100% Awesome Catlendar
Orphaned Wombat Baby and Kangaroo Joey are Best Friends
Injured Animals Keep Moving with Prosthetics
Orphaned Baby Owls Get New Home
Japanese Twitter Falls In Meme Love With Perfectly Timed Photo Of One-Punch Shiba Inu
Korean Woman Raises 200 Dogs Saved From Streets
Camouflaged Insects: Can You Spot These Masters Of Disguise Playing Hide-And-Seek?
Man Builds 2,000 Square Meters Swimming Pool For Dogs
Sloth Bear Family Like a Dog
The Fascinating Adventures Of A Frenchman And A Hen Sailing Together Around The World
Ten Cats Who Were Painted By Nature Itself
Real Life Teddy Bear’s Picnic: Model and Her Daughter Pose in Cute Snaps with Huge Brown Bear
December 20 – 27, 2014: Animals
Photographer Captures Stunning Portraits Of Her Cat Through The Seasons
Death of a Giants
Photographer Photoshops Her Dogs All Around The World So They Can ‘Travel’ During This Quarantine
A Unique Shelter for Brown Bears in Croatia
Dog Chews Aston Martin
Demonic Glowing Eyed Cats And How To Photograph A Feline
South African Academy Trains Anti-Poaching Dogs
Meet Lil Bub
comes, fairytale, family, photos, playing, russian