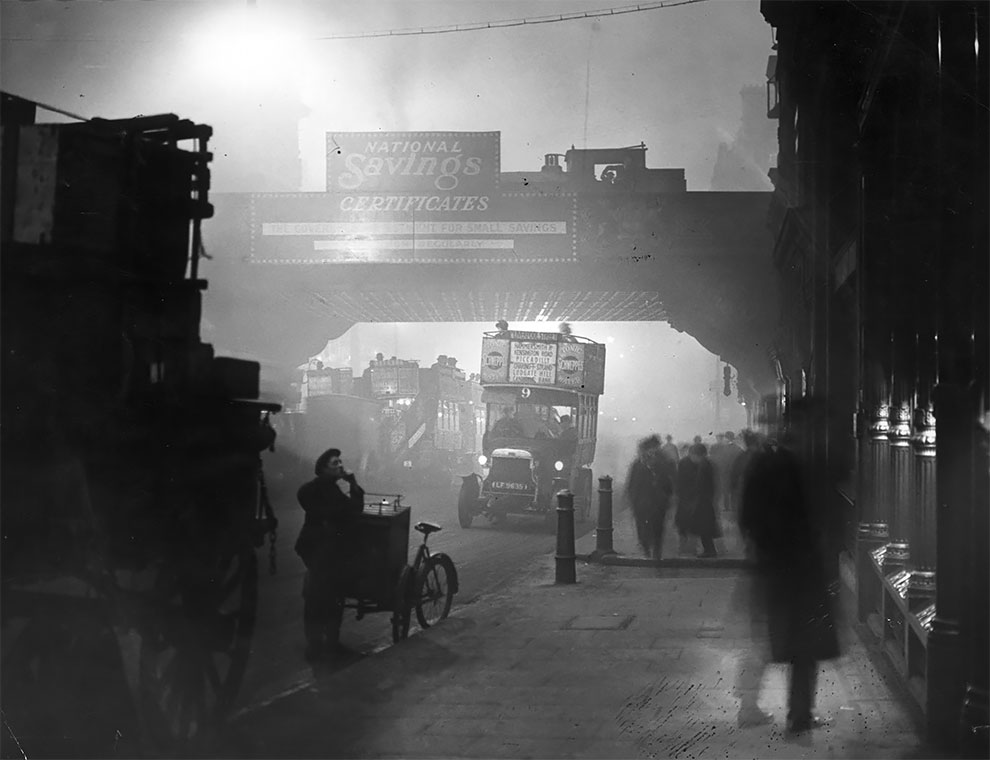 London was covered in “fog” at the beginning of the 20th century, culminating in the Great Smog in 1952. The Clean Air Act was implemented in 1956, but the fatalities from the Great Smog are said to have reached 12,000. Here’s a collection of haunting black and white photos of London fog from between 1910s to 1950s.

A scene at Woodford, where city workers were informed that fog may delay their journeys to work. 17th January 1927 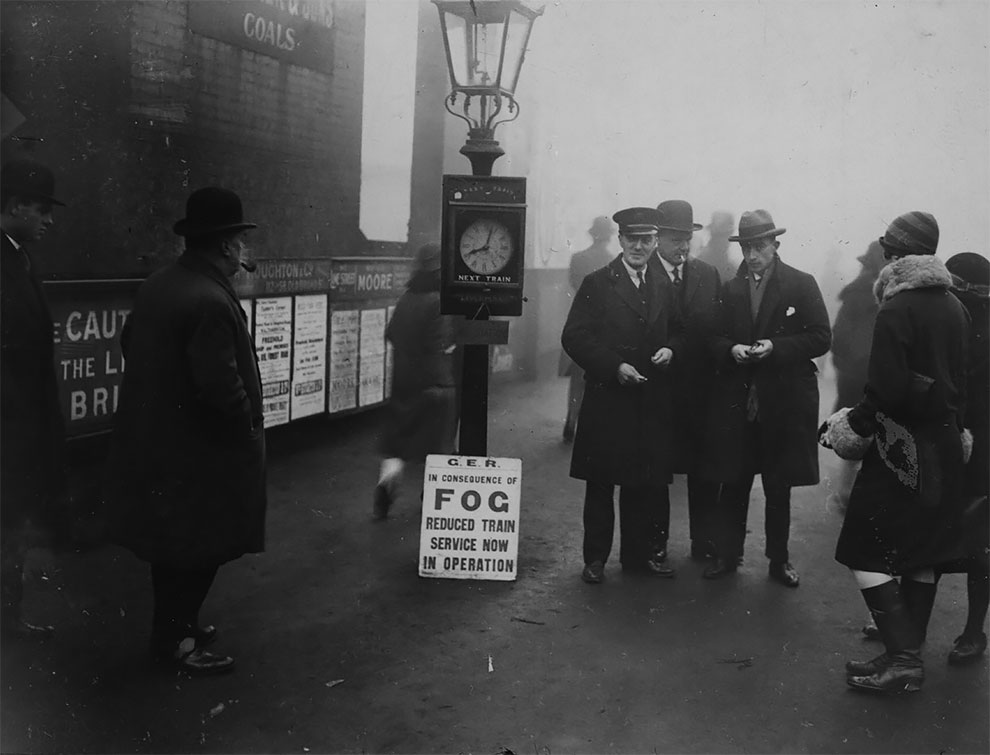 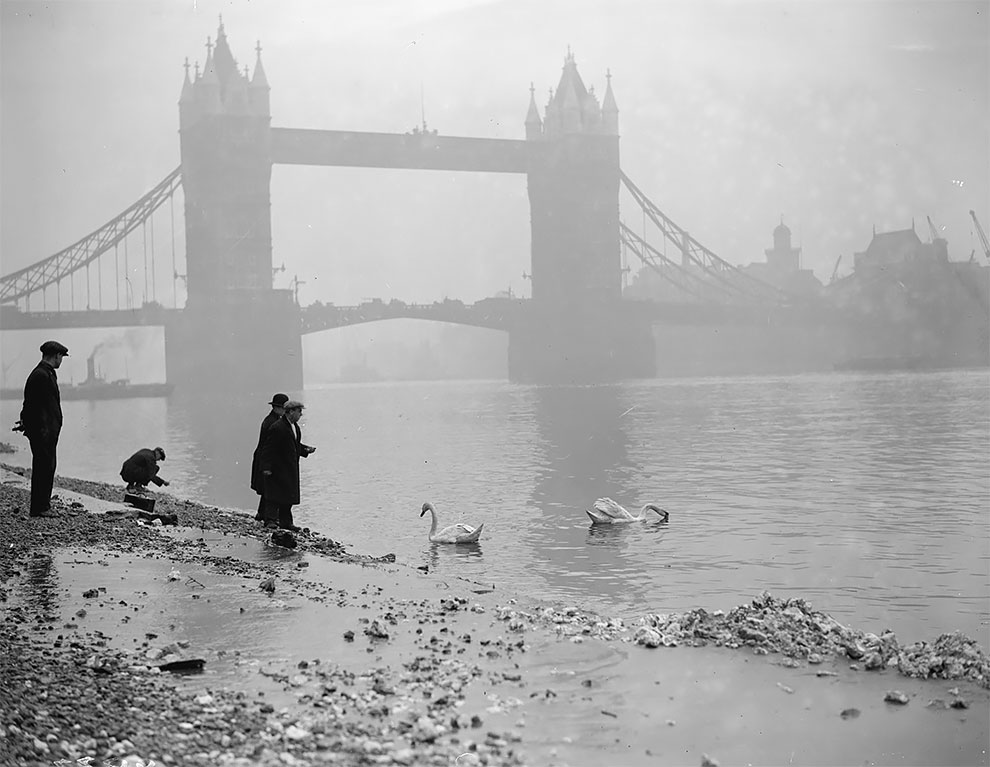 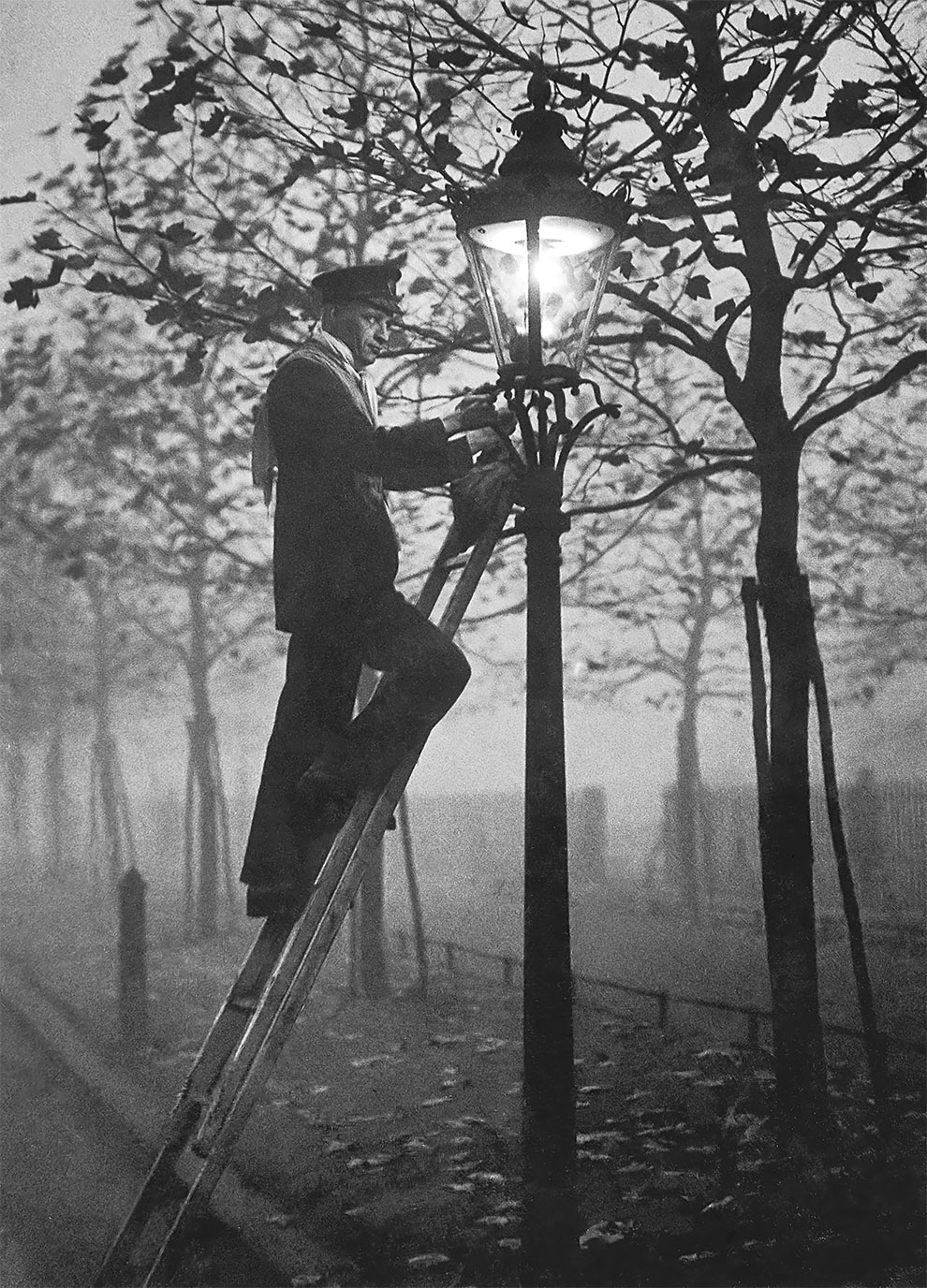 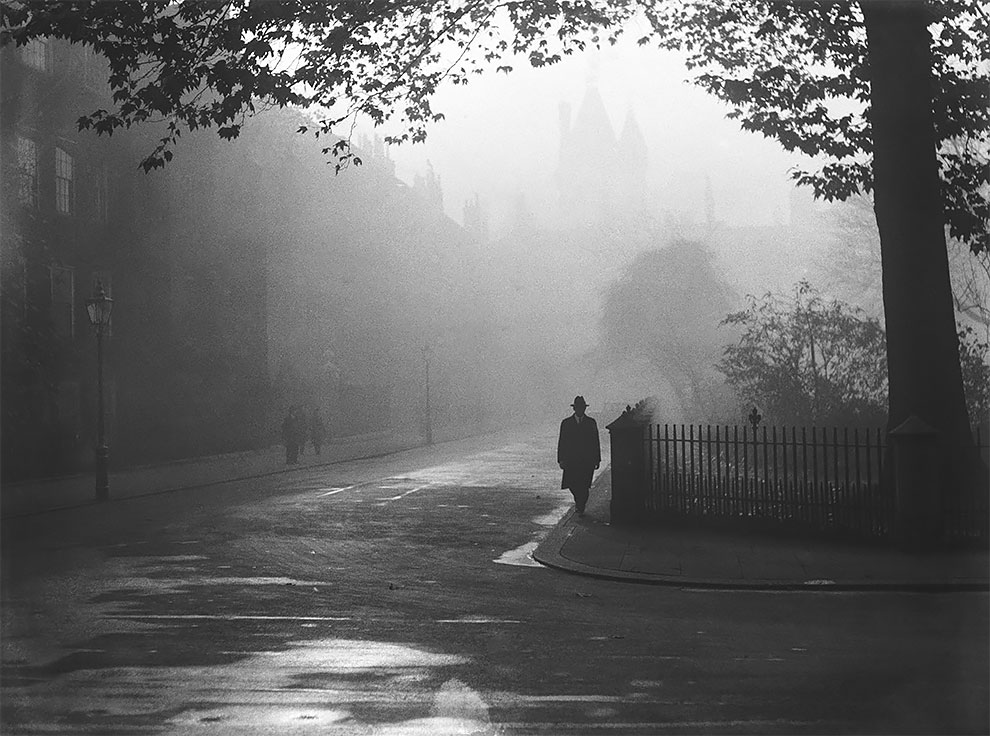 An AA (Automobile Association) patrolman directs a motorcyclist who has lost his way. 19th November 1932 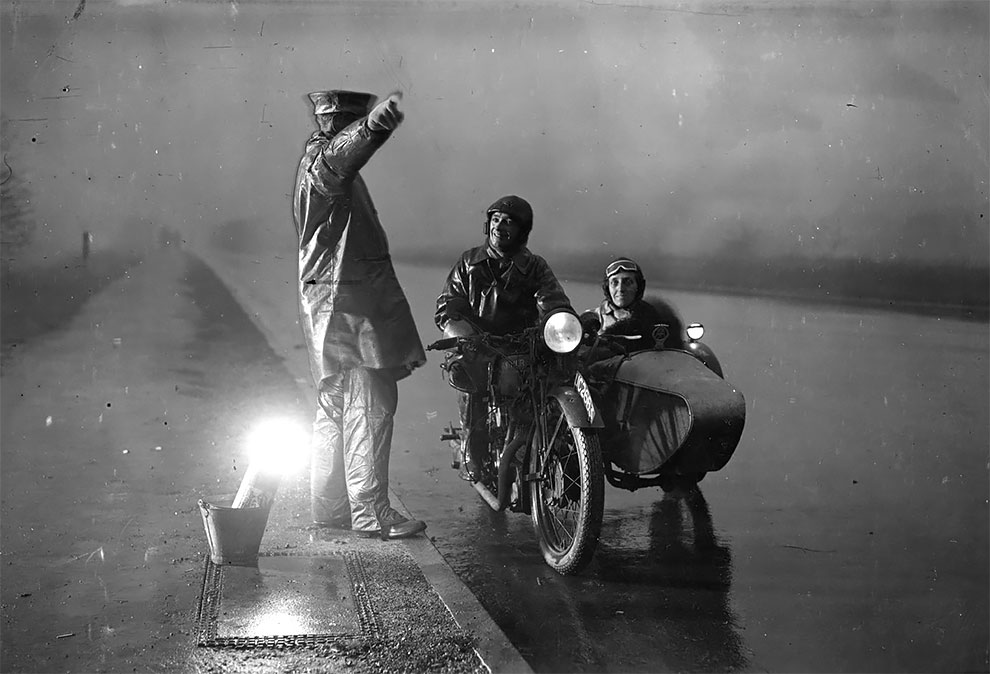 The Cunard luxury liner Aquitania at Southampton in Hampshire. December 1935 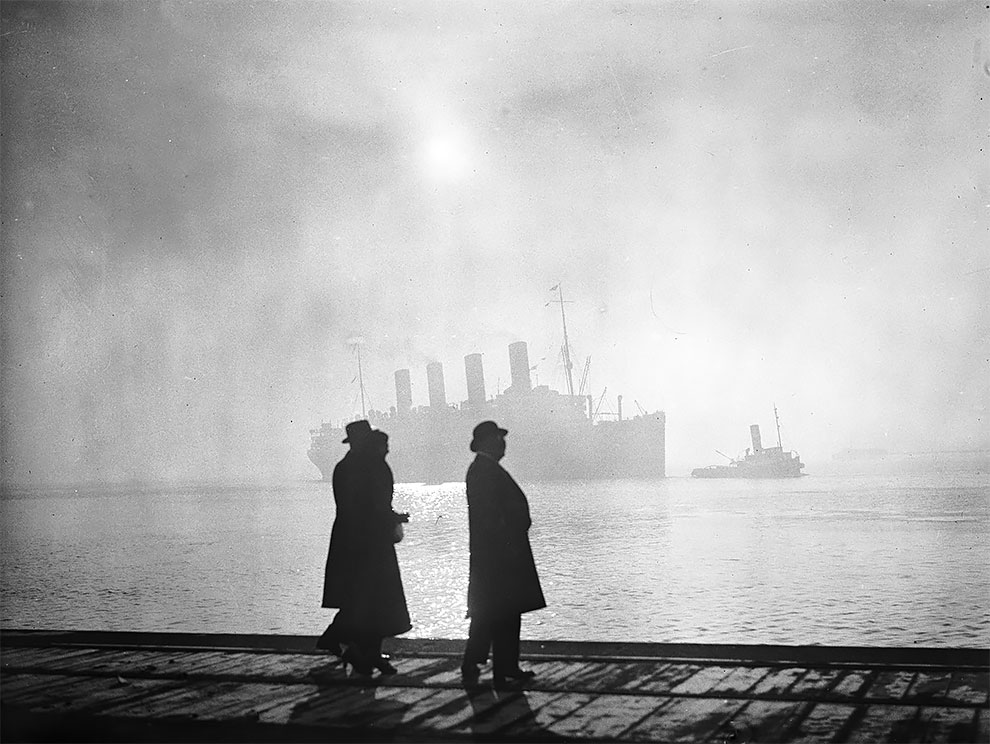 A night scene in central London with an advertisement for the play “Wanted for Murder”. 1936 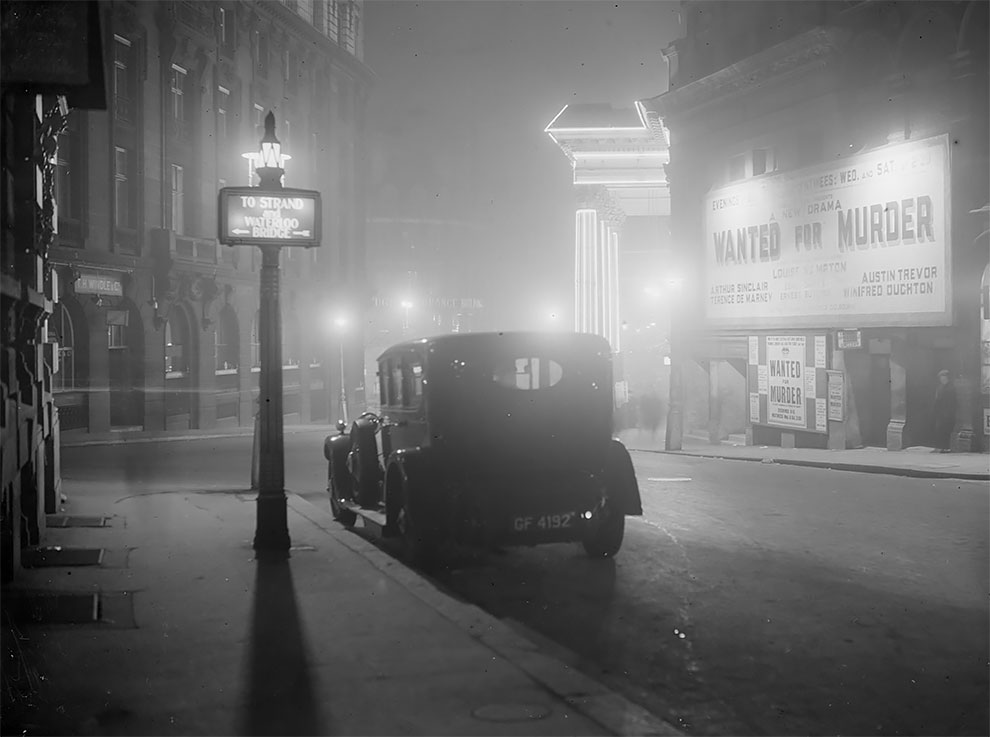 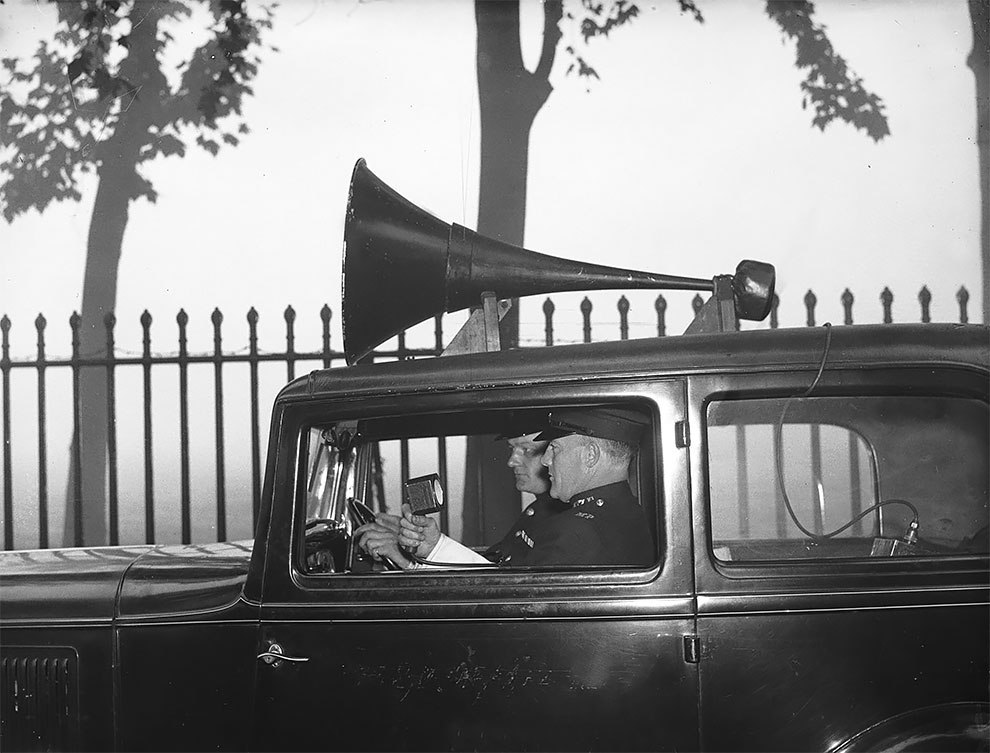 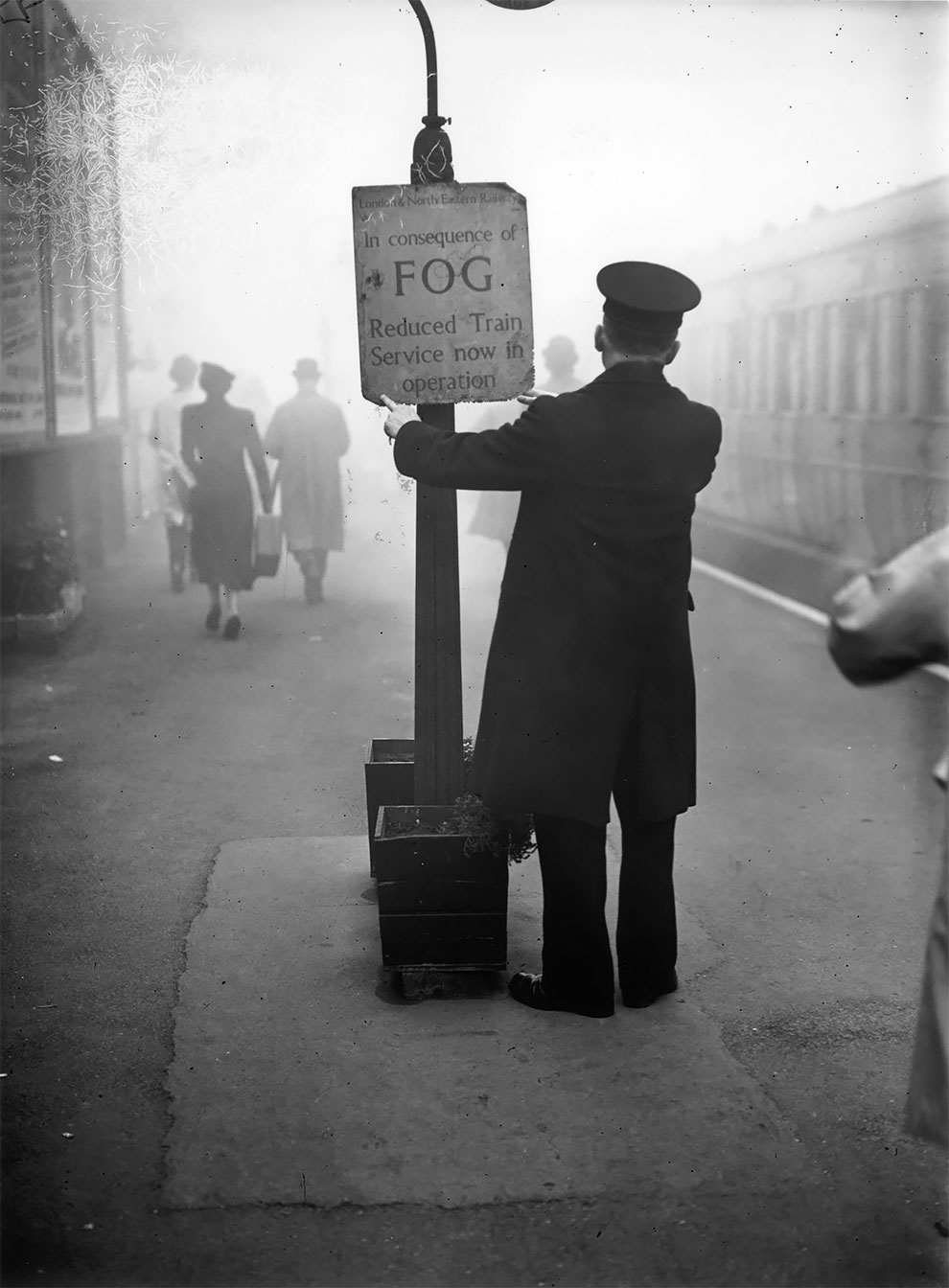 A woman leads a car through London’s Regent’s Park with a torch, during the thick fog with visibility reduced to a few yards. 25th October 1938 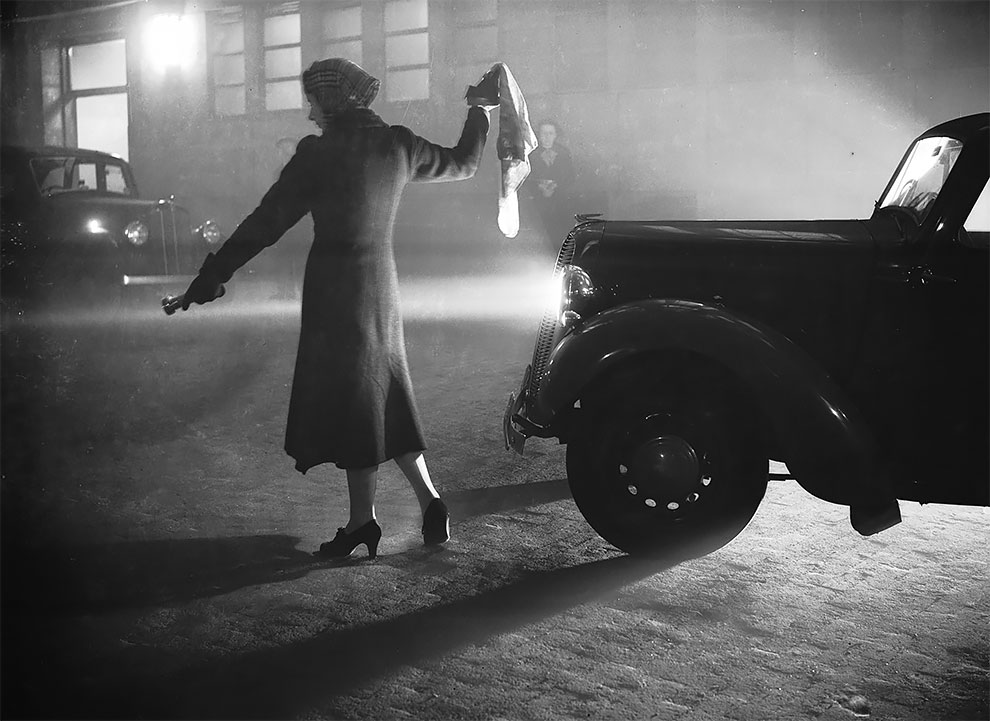 The Houses of Parliament, London, engulfed in fog. 21st January 1939 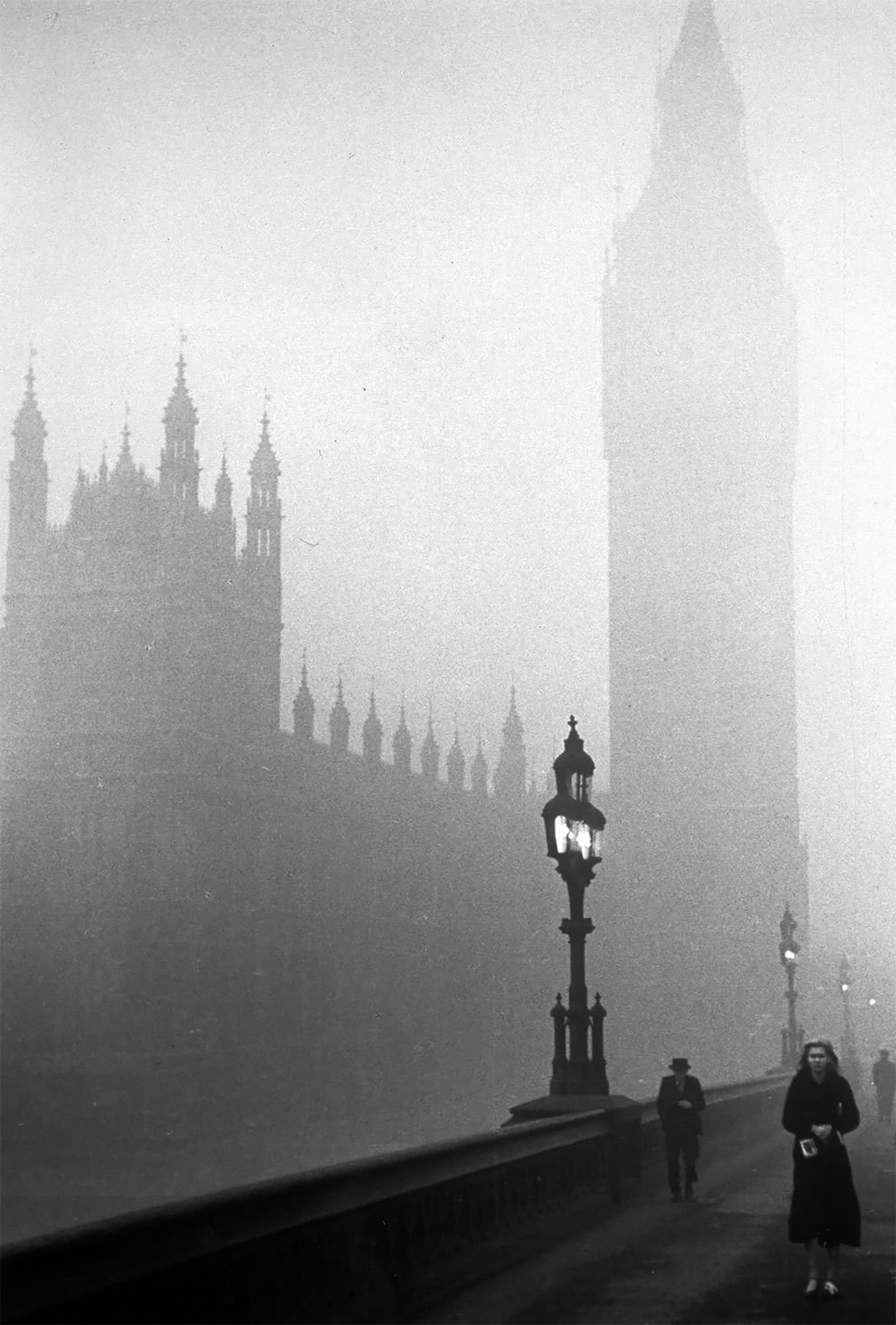 Alfred Smith, one of the country’s 1,830,000 unemployed people, who draws two pounds, seven shillings and sixpence a week in unemployment benefit. 1939 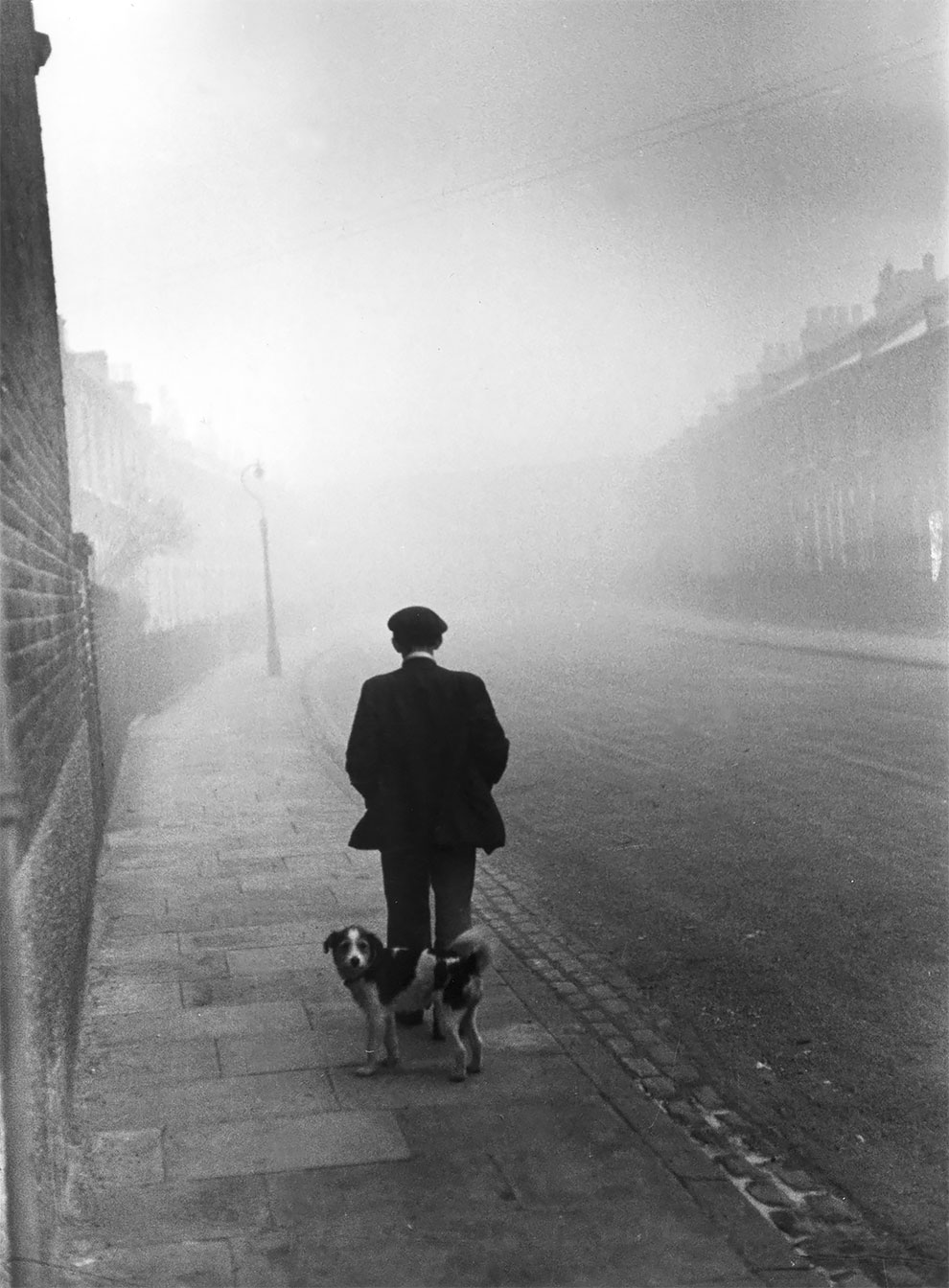 A policeman on traffic duty on a foggy day in Fleet Street, London. 1952 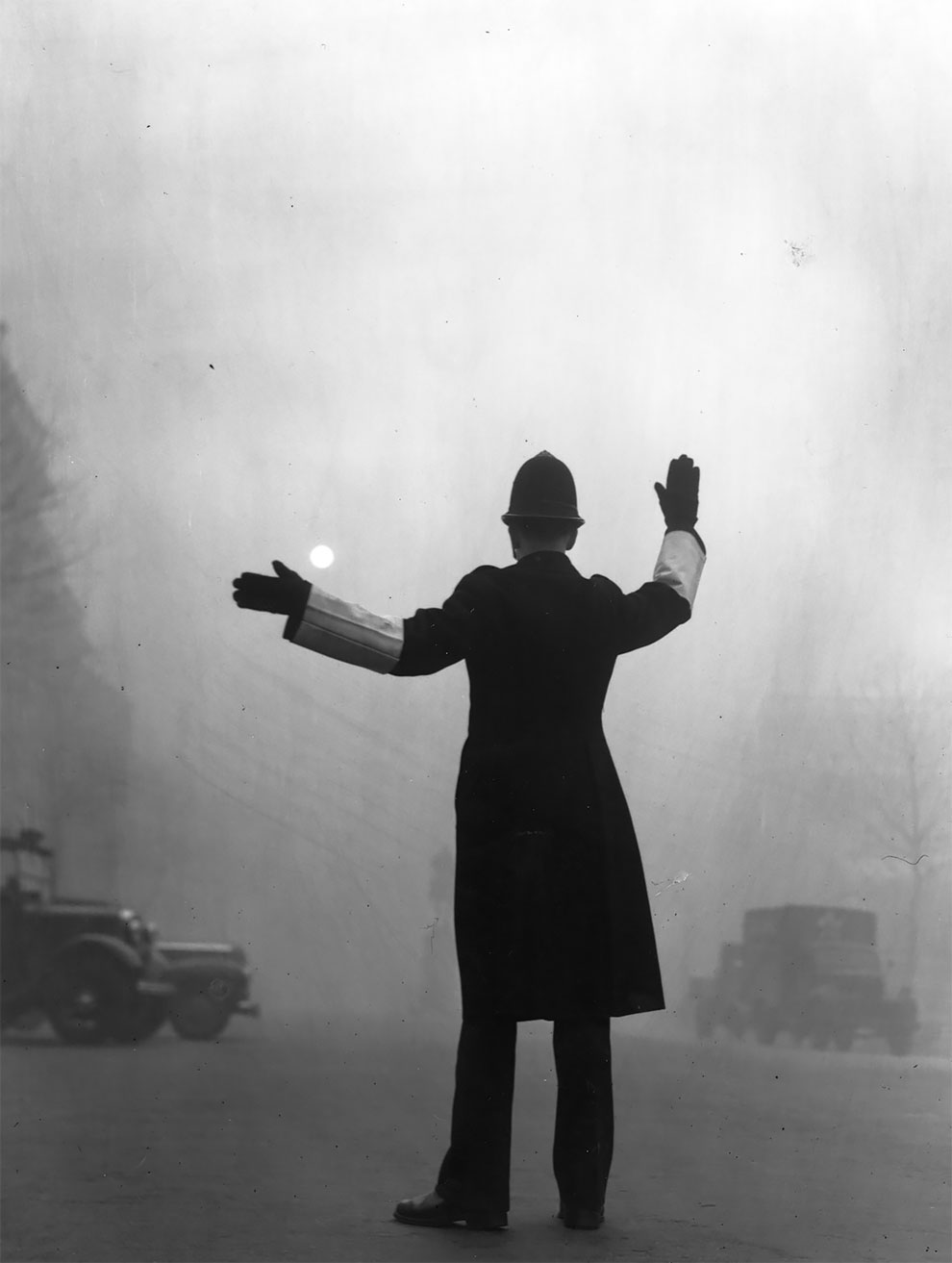 A London bus makes its way along Fleet Street in heavy smog, December 1952. 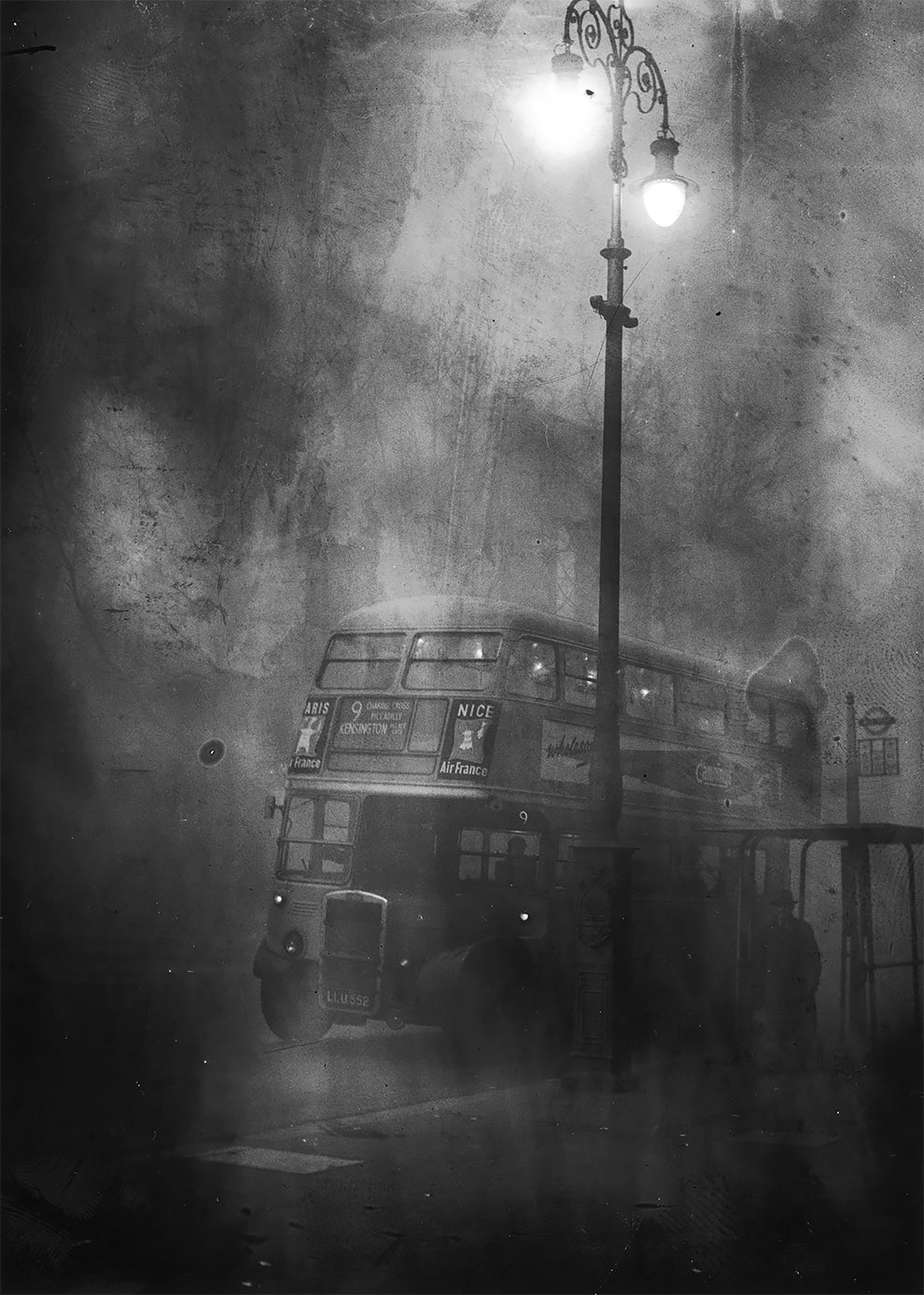 A street scene in Edinburgh with a misty view of the castle in the background. 30th January 1954 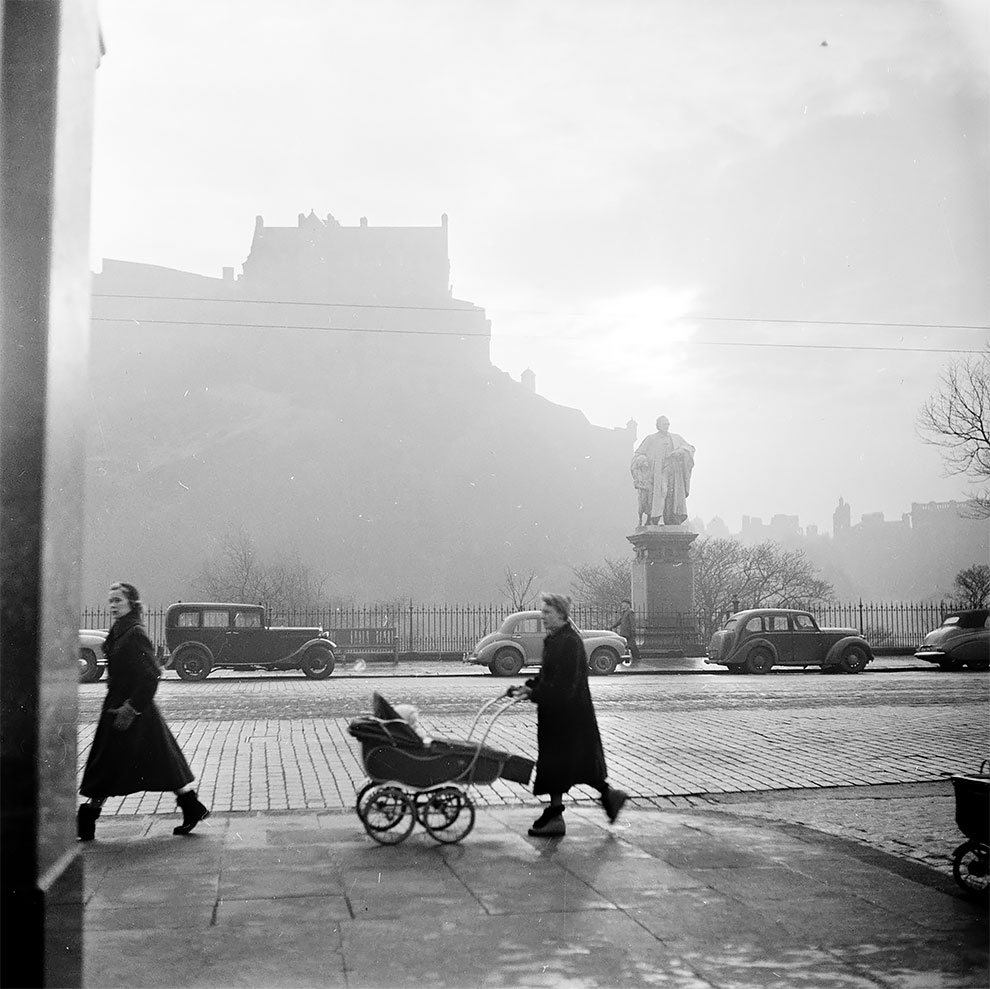 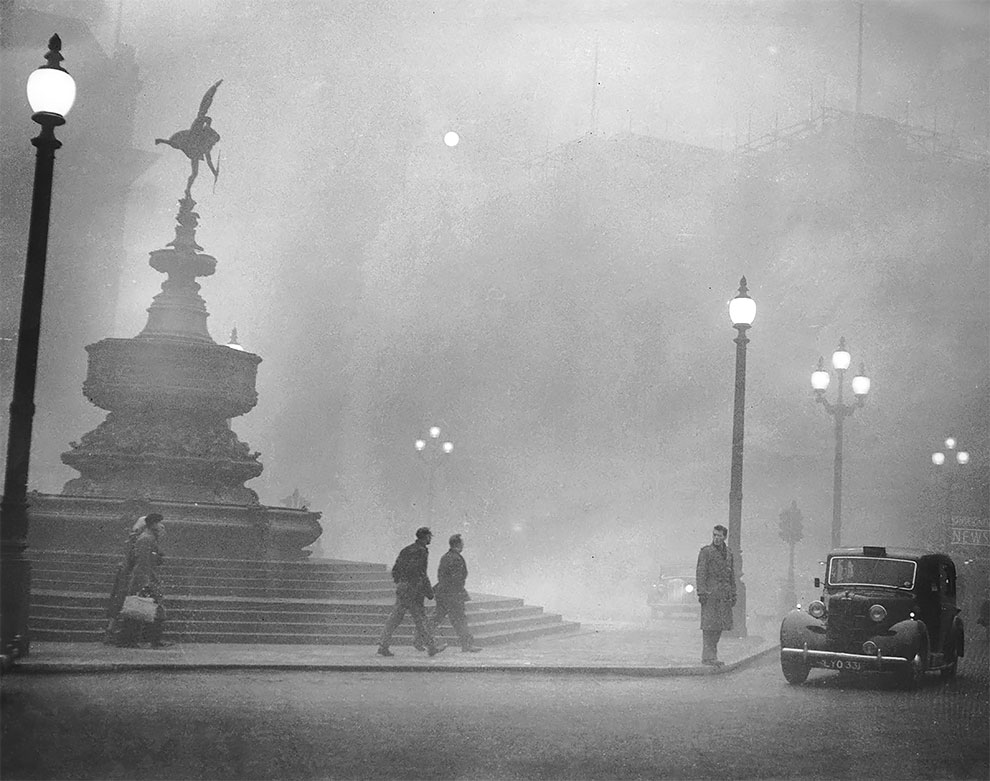 A man guiding a London bus through thick fog with a flaming torch. 1952 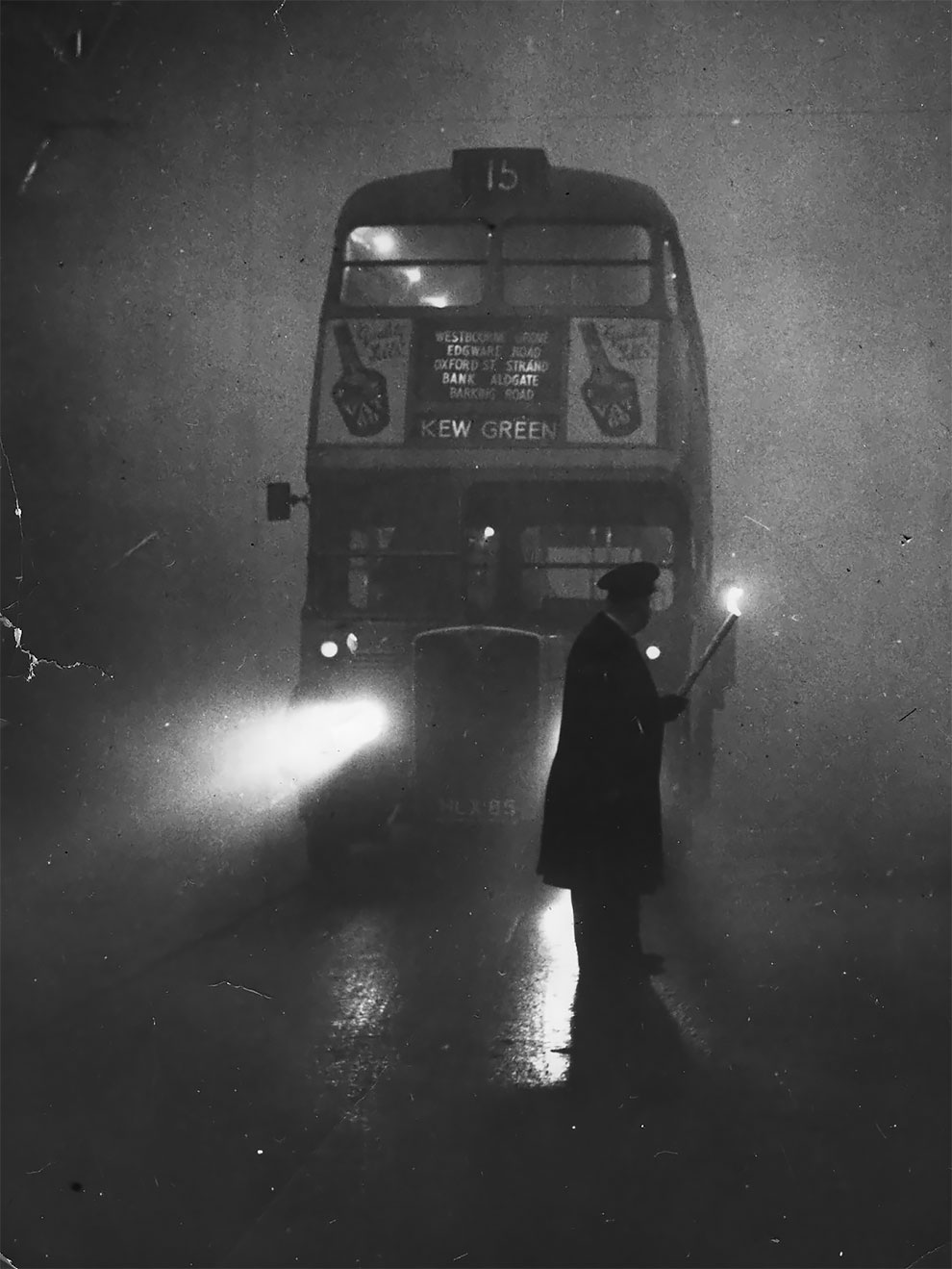