The river Thames has run dry, the Shard is burning and there’s no seems to be no sign of life on the South Bank.

It sounds nothing like London as we know it now , but this stark artwork reimagines the capital in a post-apocalyptic world. Inspired by the film Insurgent, starring Shailene Woodley and Theo James, and its dystopian setting, an artist has reimagined what London, Edinburgh and Newcastle could look like in the future … and the results are bleak. 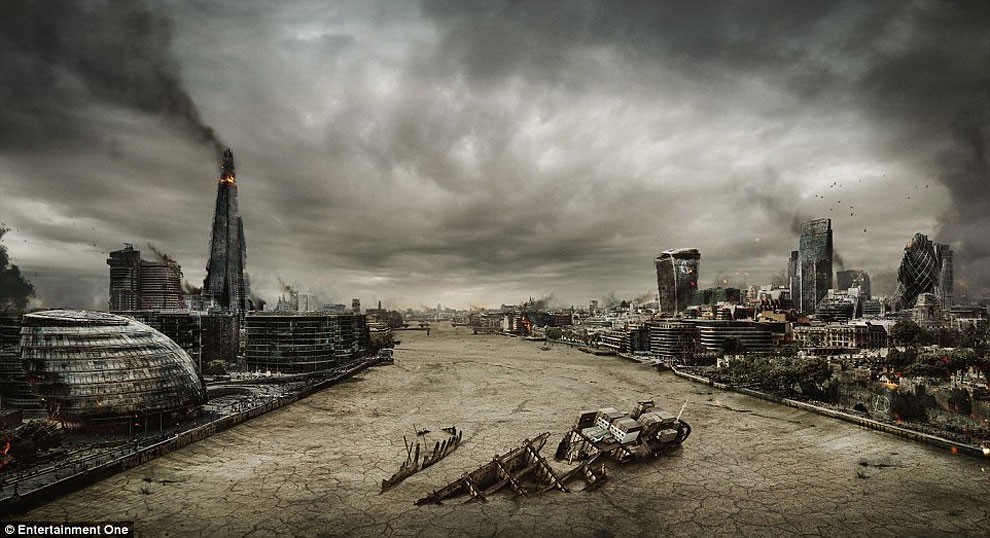 An artist re-creation of the city in a post-apocalyptic world where the river Thames has run dry and the Shard is on fire. 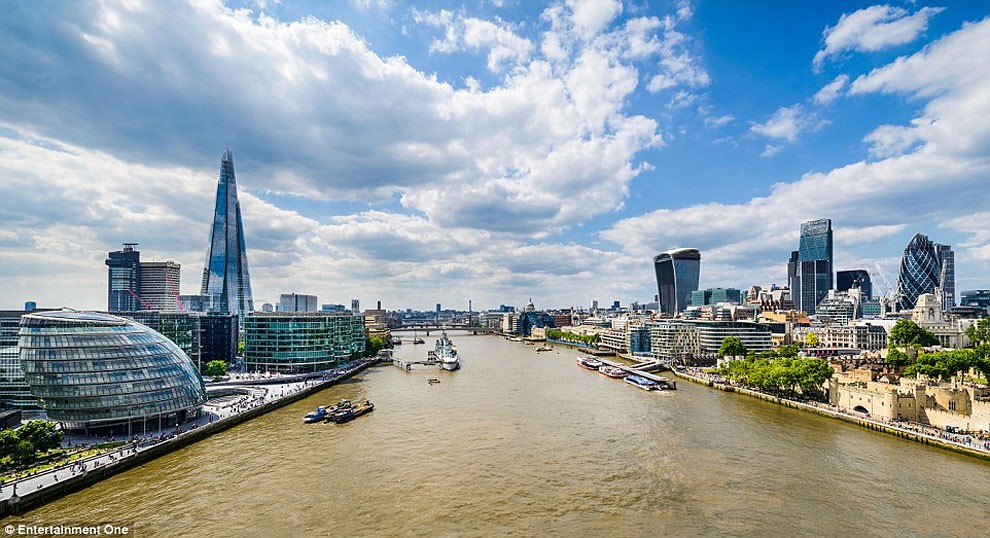 London as we know it today boasts an iconic skyline featuring instantly recognisable landmarks such as City Hall (far left) and the towering Shard. 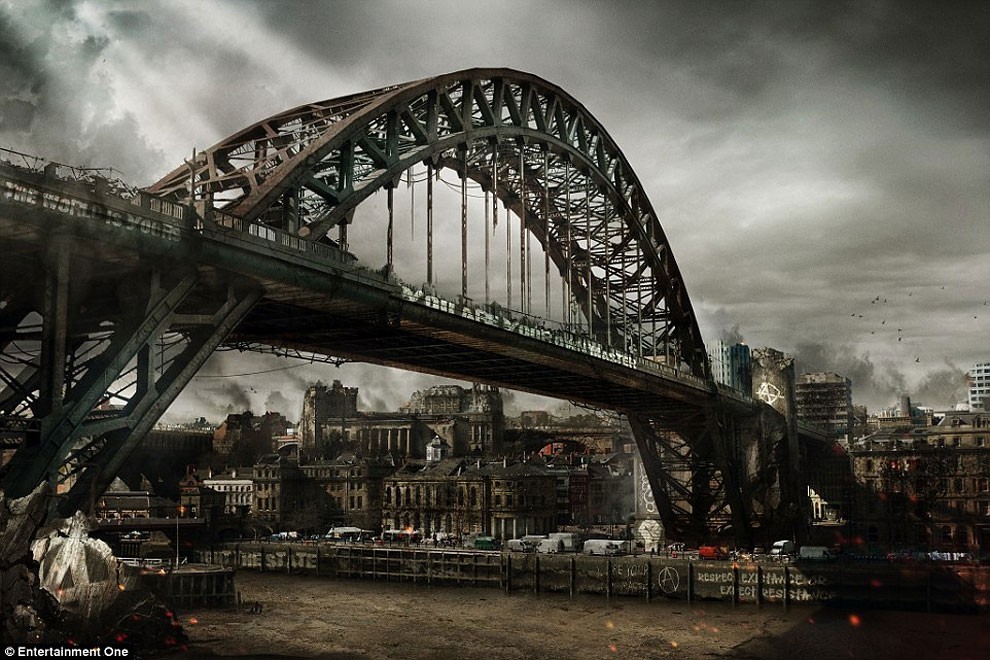 The artist’s rendering of Newcastle in a dystopian future has the Tyne Bridge falling apart and graffiti along the river bank. 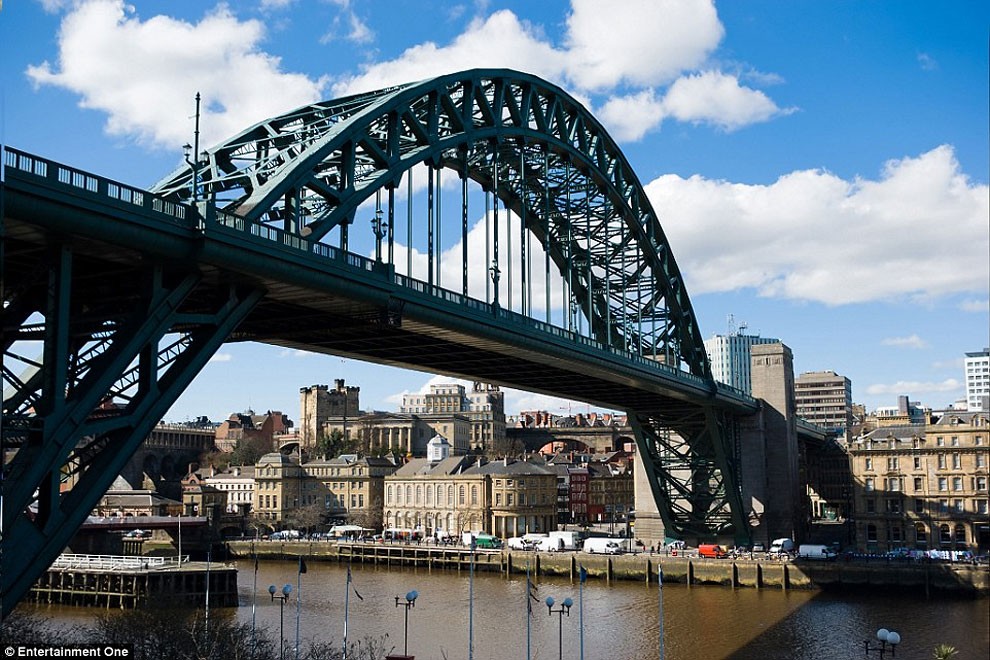 Built by the same man who went on to design the Sydney Harbour Bridge, the Tyne Bridge is the most iconic of the seven bridges crossing the River Tyne. 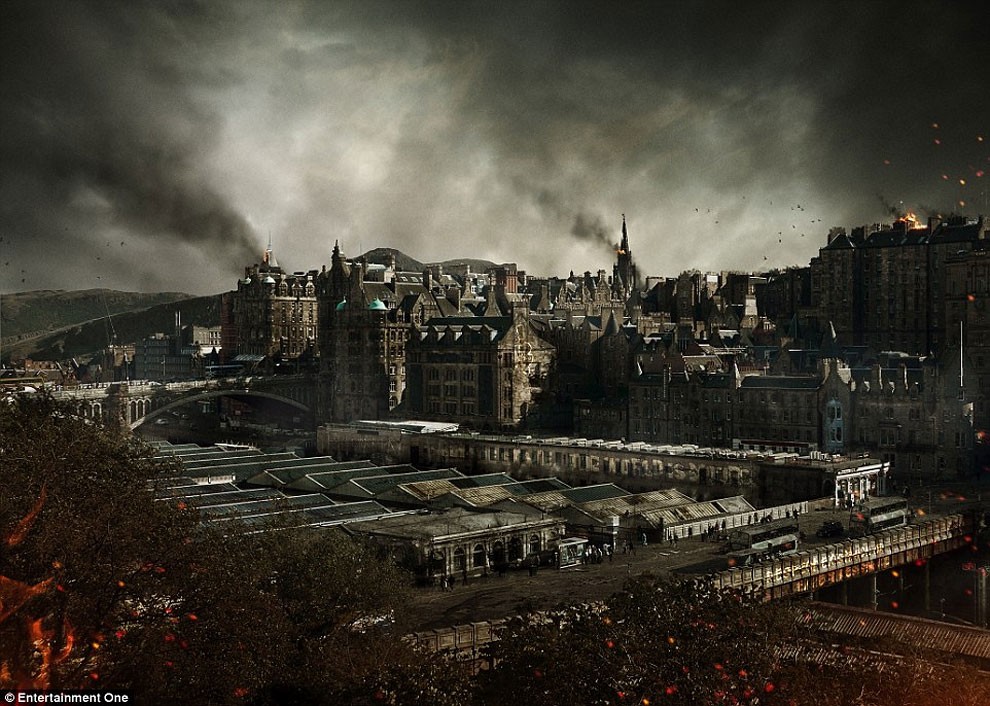 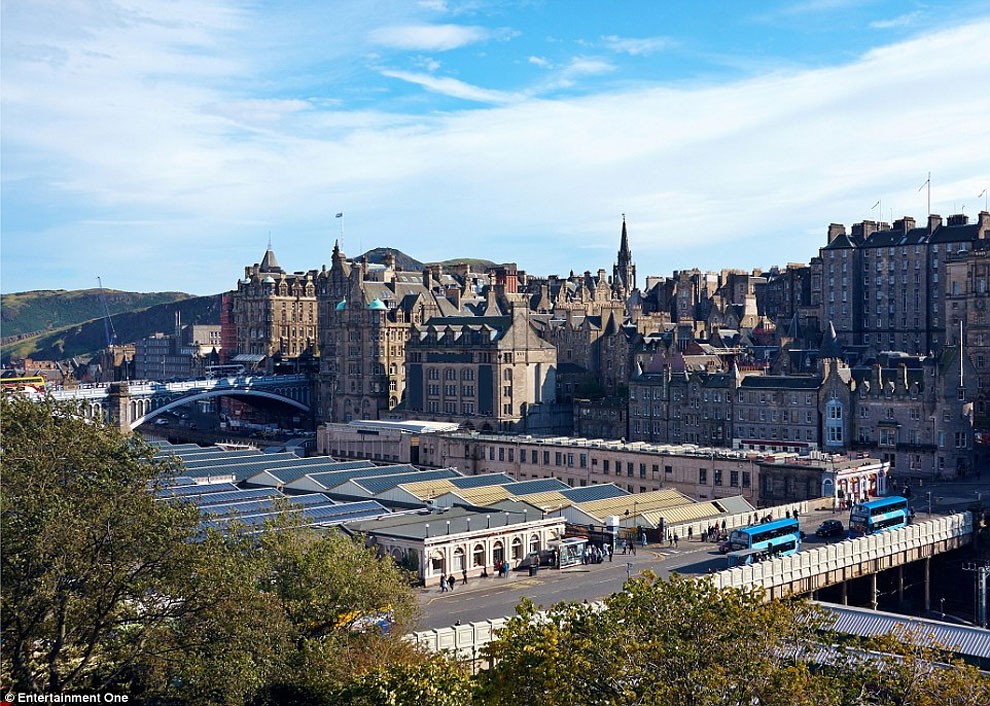 The Scottish capital’s neo-classical buildings stand tall against a bright, blue sky with the mntains visible behind.

"Calm Before the Storm": Photographer Captured Nightlife in Wuhan Market Before Pandemic
Artist Uses His Feet To Create Gigantic ‘Game Of Thrones’ Snow Art In French Alps
Yung Cheng Lin's Human Art Illusions Address Female Body Modification
“Wave” by Paul Cummins
Frog That Looks Like Princess Leia Sparks Photoshop Battle, And The Results Are Hilarious
This Artist Is Trying To Draw Character Mashups Inspired By Hayao Miyazaki And Disney Movies
This Fukang Meteorite Is 4.5 Billion Years Old And Weighs Over 2,000 Pounds
In Astonishingly Realistic Painting, Artist Hiroki Okuma Spent Months Just on His Model’s Hair
Business Cards Of The Real Street Gangs From All Around The World
Artist Jane Radstrom Creates Stunning Portrait Paintings With Photographic Effects
Someone Spotted That David Bowie Often Looked Like A Sea Slug, Created An Entire Blog To Prove It
DHL - Express Delivery Print Campaign
Water-Cleaning Billboard by Shokubutsu HANA
Sara Gironi Carnevale’s Challenging Illustrations Tackle The Wrongs Of Modern Society
Quarantine - Everyone Against The Virus: Brazil Designer Made A Boardgame About Quarantine
The 'We're All Eating This Together' Campaign
Riikka Hyvönen Captures The Beauty Of Bruises In Giant Artworks
Filippa K by BVD
Fascinating Infinite Motion GIFs Frozen In Time By Julien Douvier
Female Street Artists set Guinness World Record for Largest Mural Painted by a Team
Meet Dave: He Has Been Drawing Dad Jokes And Puns On His Daughters’ Lunch Bags For 8 Years
Illustrator Fernanda Suarez Shows How Disney Princesses Would Look Like If They Lived In 2017
Guy Hilariously Trolls IKEA By Installing A Fake “Relationship Saving Station”, And It Might Just Save Your Marriage
This Artist Draws 100 Grumpy Animals
Rock Stacking World Championship 2016
"Flower Of Darkness": The Superb Fantasy Portraits And Artworks Of KyuYong Eom
Why Are Robots Still So Far Behind Humans: Robots With a Human Touch By João Paulo Bragato
Tips That Will Help Designers Translate Client-Speak Like A Pro
This Artist Paints Icons from Star Wars as Renaissance War Generals and Religious Figures
"Fuel For The Soul": Outstanding Nostalgic Motorcycle Paintings Of David Uhl
apocalyptic, artist, creates, london, newcastle, versions