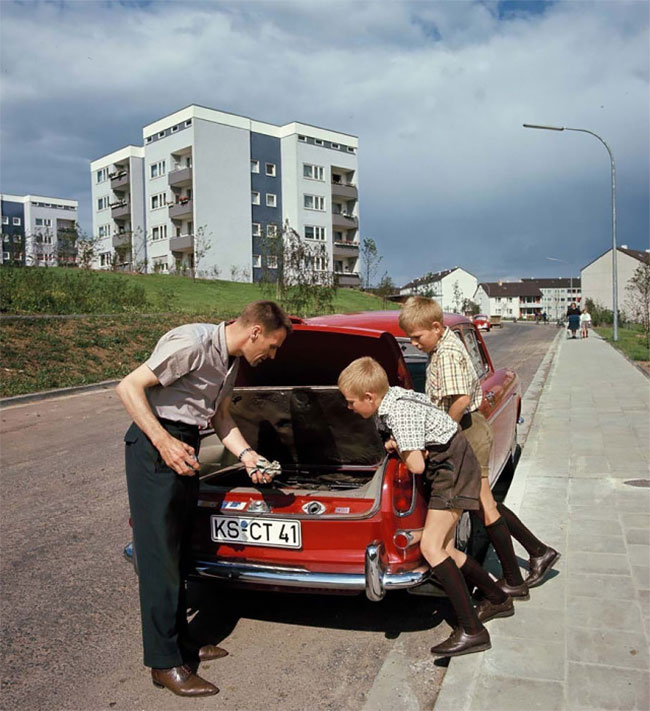 Germany after the war 1952 – 1967 It was no more than eight years after the surrender of the Nazi government when Josef Heinrich Darchinger set out on his photographic journey through the West of a divided Germany.

The bombs of World War II had reduced the country’s major cities to deserts of rubble. Yet his pictures show scarcely any signs of the downfall of a civilization. Not that the photographer was manipulating the evidence: he simply recorded what he saw. At the time, a New York travel agency was advertising the last opportunity to go and visit the remaining bomb sites.

Darchinger’s pictures, in color and black-and-white, show a country in a fever of reconstruction. The economic boom was so incredible that the whole world spoke of an “economic miracle.” The people who achieved it, in contrast, look down-to-earth, unassuming, conscientious, and diligent. And increasingly, they look like strangers in the world they have created. 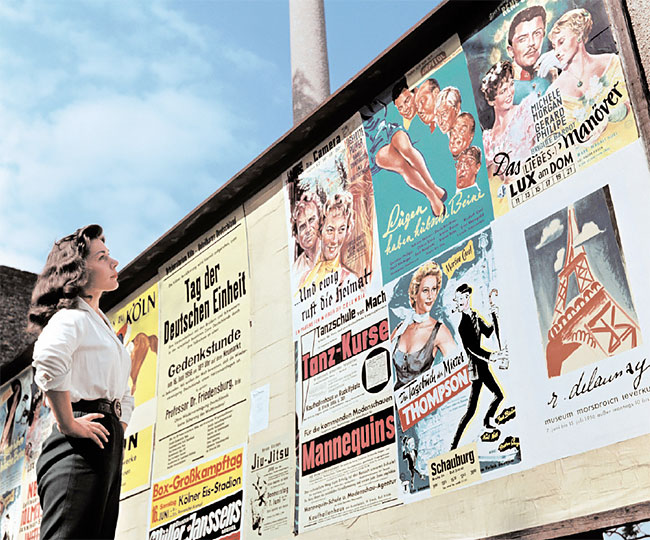 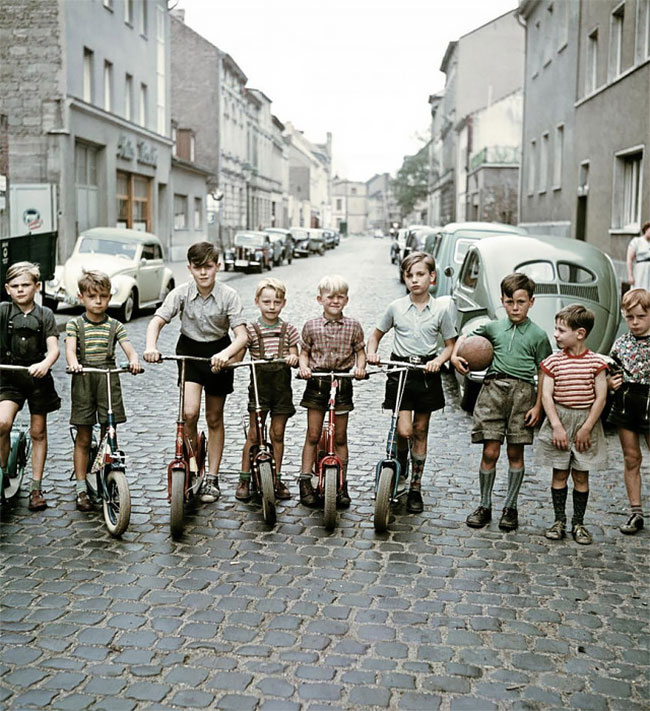 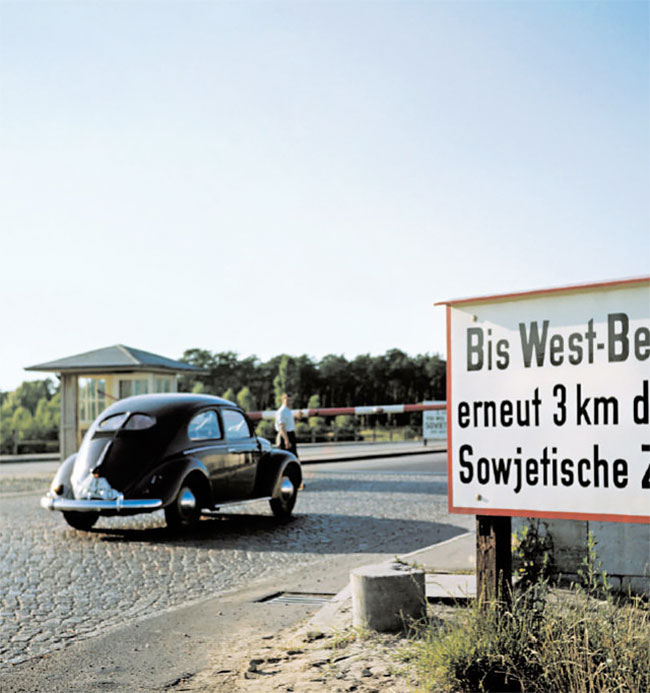 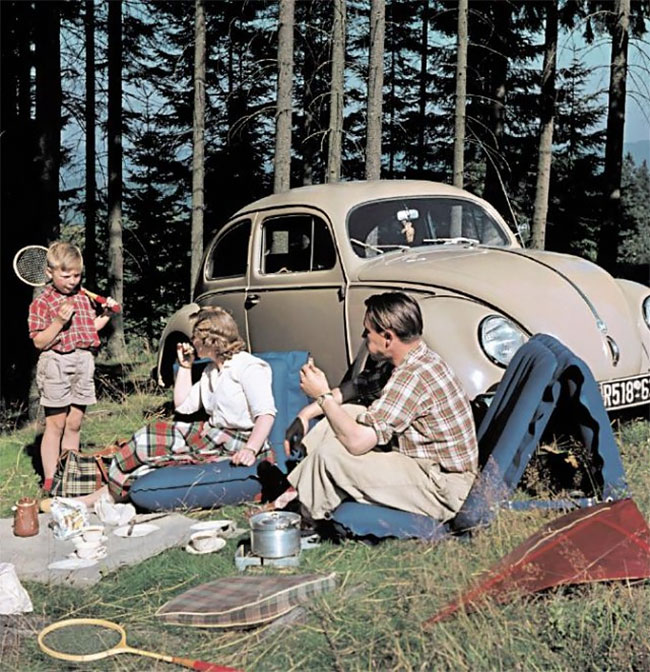 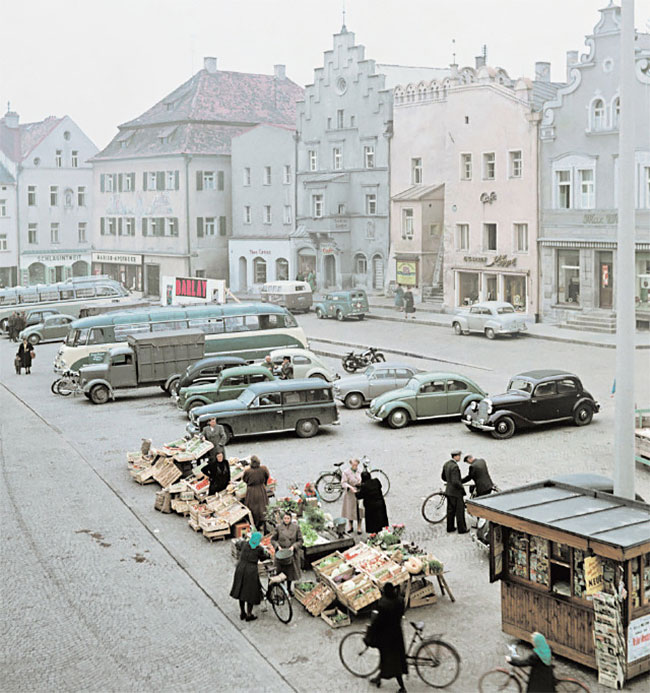 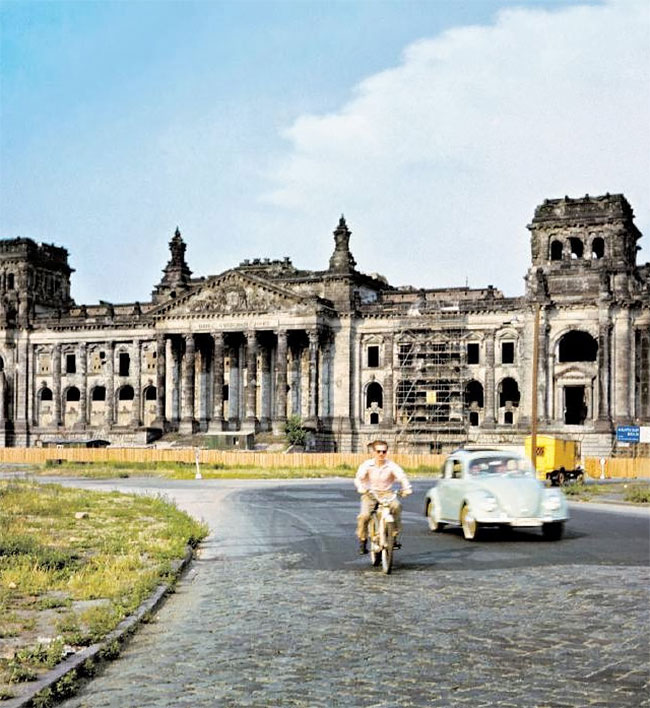 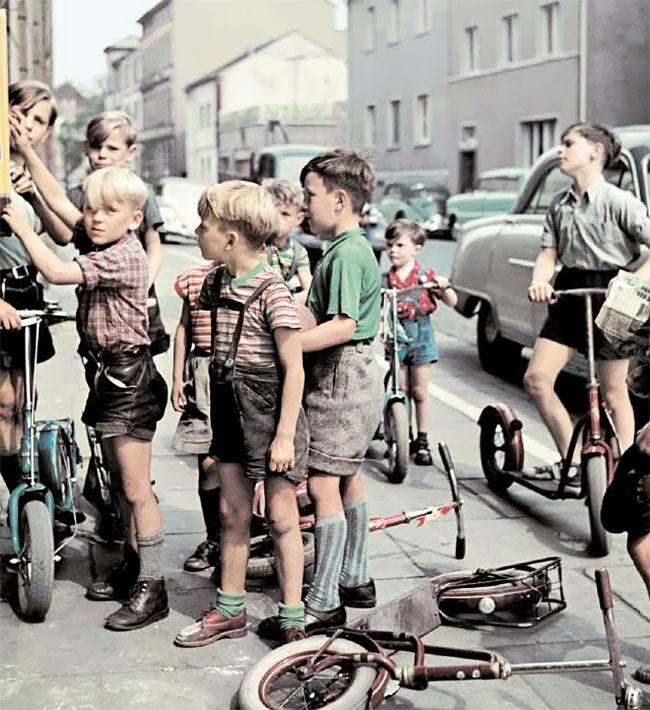 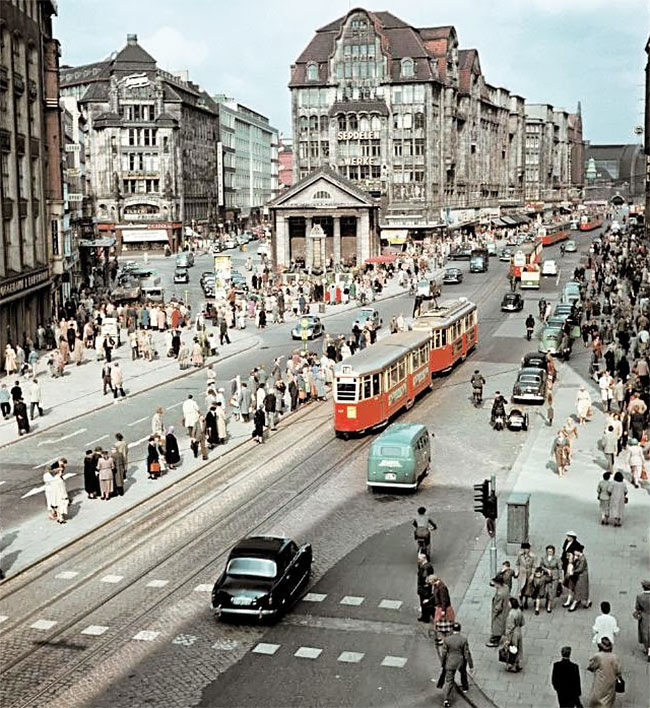 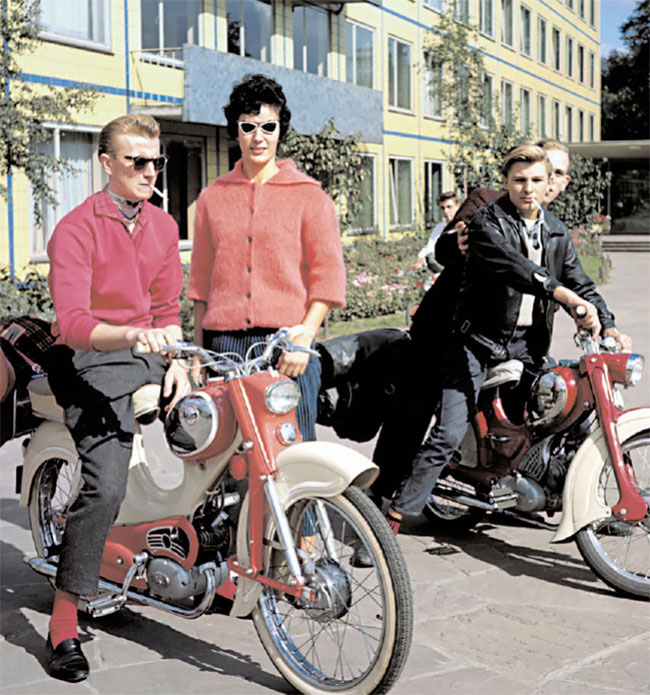 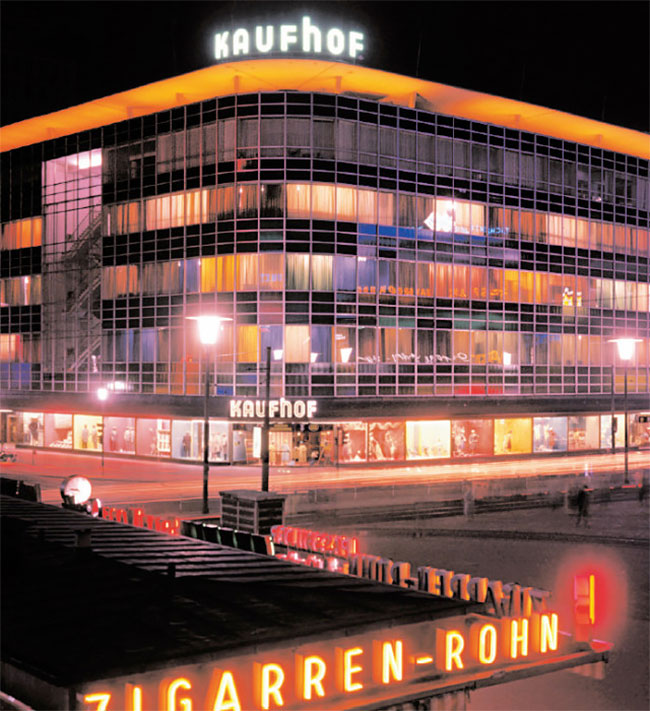 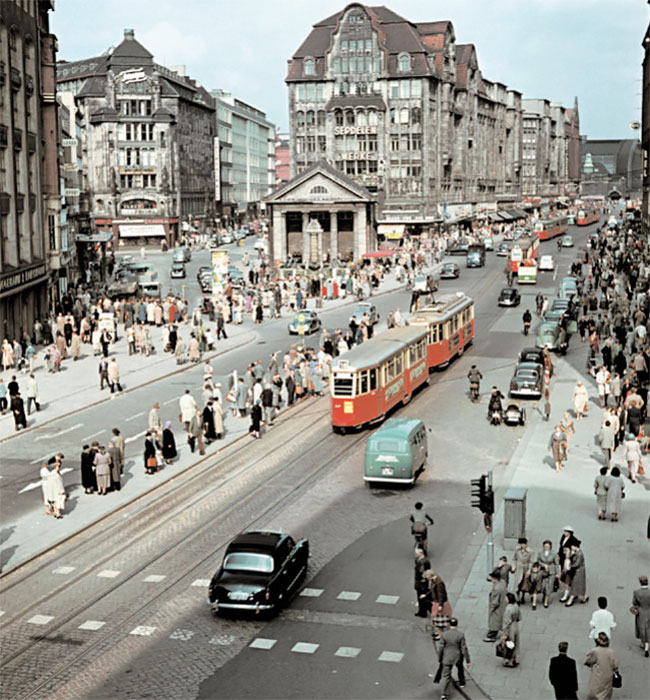 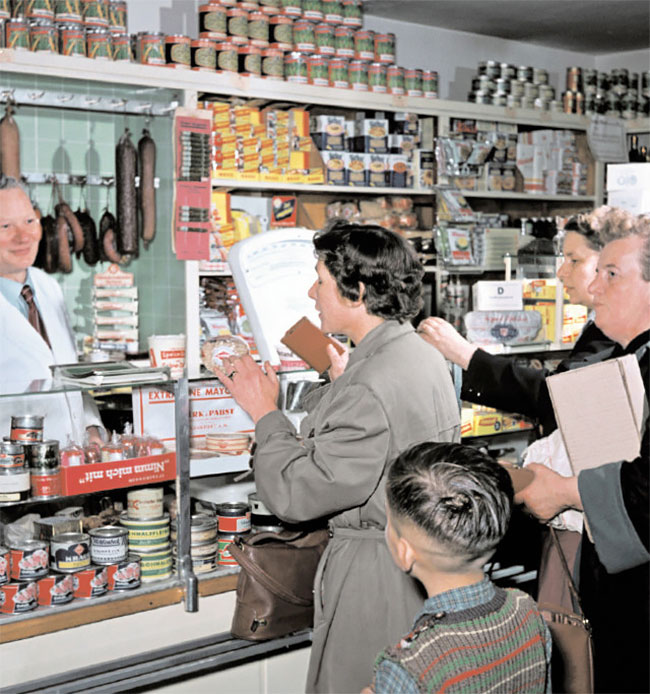 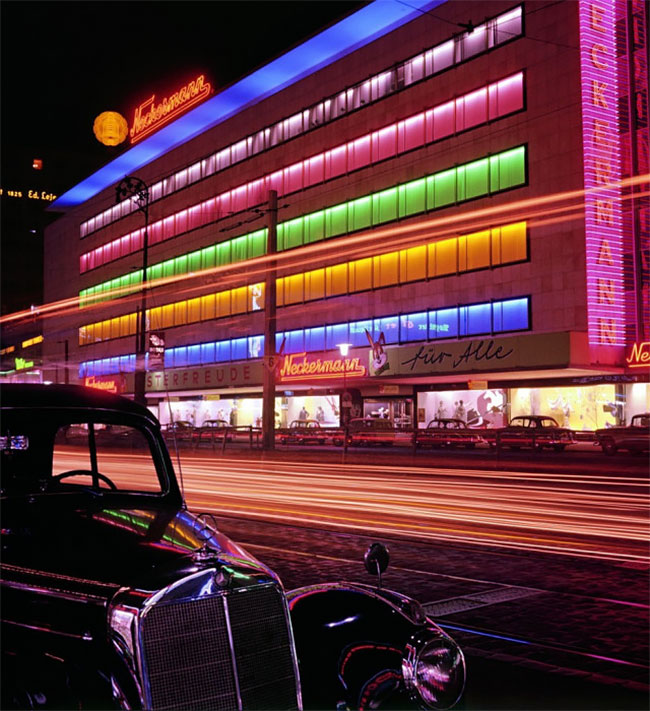 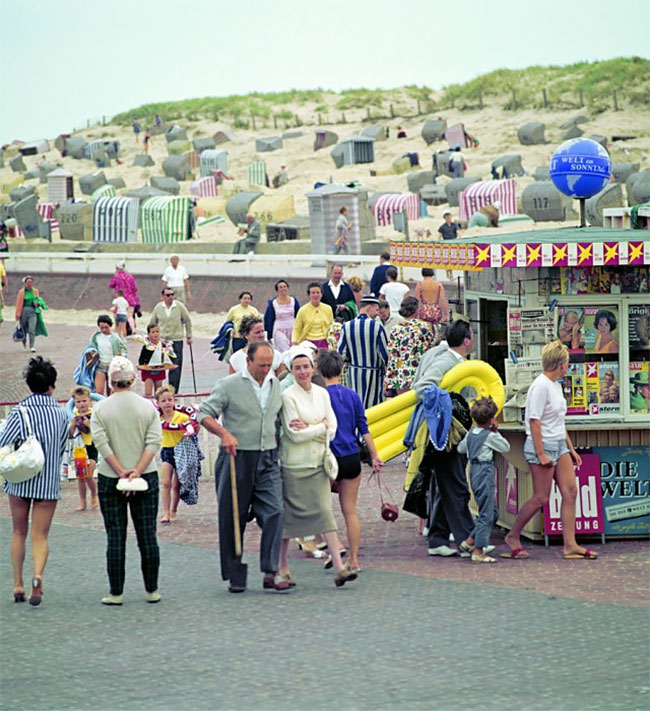 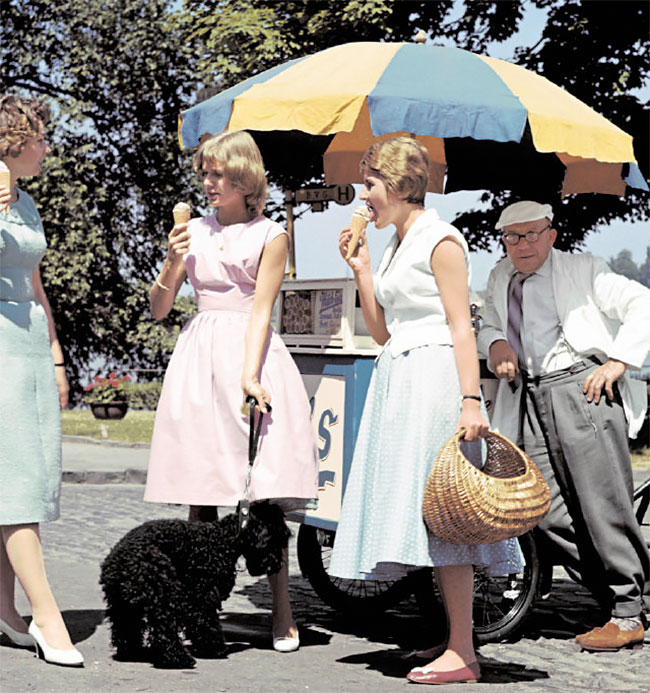 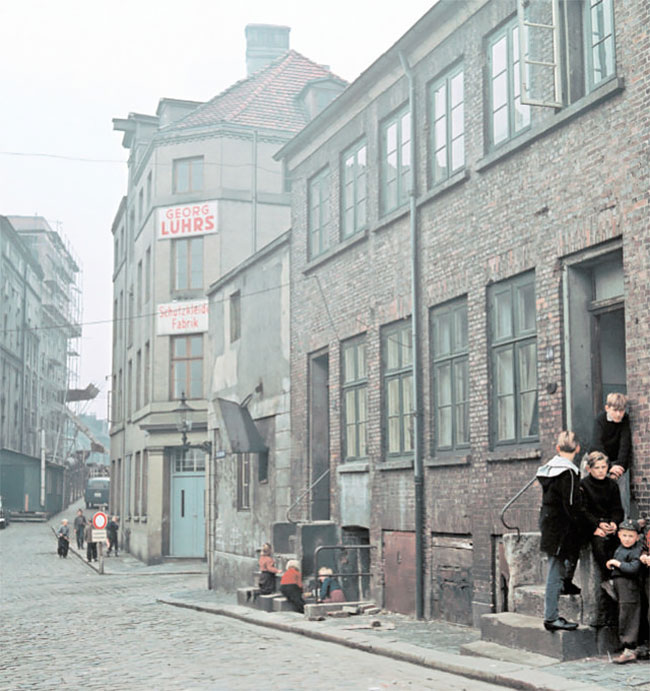 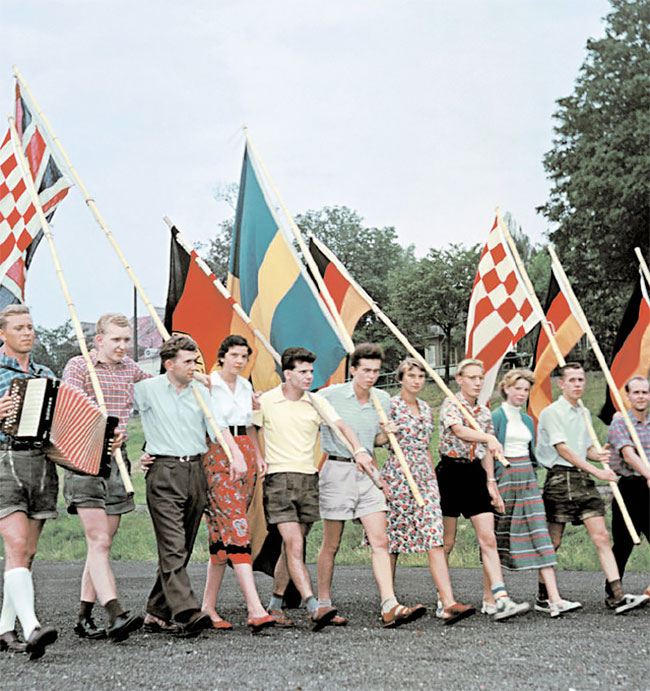 Kodachrome Stories: Beautiful Found Photographs From The Mid-20th Century
Photo of the Day: The City Of Yekaterinburg
Face Masks And Rainbows As Holi Is Celebrated In India
Golden Globes 2020: Discover The Sumptuous Portraits Of The Winners
Photo of the Day: The Look
Photographer Thomas Windisch Explores The Abandoned Mental Asylums Across Italy
Haunting Photographic Self-Portraits by Francesca Woodman From the 1970s
Magical Cityscapes And Travel Landscapes By Dotz Soh
"The Secret Life Of Virgins": Flight Attendant’s Photos Show Life In A Virgin America Crew
Photo of the Day: The Shock Wave
4 Sisters Take A Picture Together Every Year - Watch How Time Has Changed Them 40 Years Later
Playful Seniors Wear Organic Materials To Personify Nature
"The North American Indian" - One Man's Vision Of A Continent Of Cultures
North Korea's Women Workers
Giant Eyeball Found on the Beach
London-Based Artist Thomas Duke Recreates Film Scenes Set In London And Beyond
This Is How Our Beautiful Planet Earth Looks from Above These Days of Global Pandemic
Guardian Readers' Travel Photography Competition: July 2018 Winners
Japanese Photographer Captures Breathtaking Shots of Shrine in A Swirling Sea of Fireflies
"The Struggle For Utopia": Everyday Soviet Life In Magnificent Photos By Semyon Friedland
Stunning Aerial Photographs Find The “Hidden City” Inside New York City
Stunning Aerial Photos of Winter in New York City
From 'Full Beards' to '99 Percent Beards', Competition gets Hairy in New York
A Photographer Shows the Harsh Reality of Living in 43-Square-Foot Rooms in South Korea
Artist Shows The Behind The Scenes Of Pitch-Perfect Instagram Photos And His 500k Followers Love It
21 Historical Photos That Prove The World Has Changed Dramatically
Photographer Elsa Bleda Captures Istanbul In Neon Colors, Foggy And Cinematic Nightscapes
Someone Is Showing That All Instagram Photos Are Starting To Look The Same And It’s Pretty Freaky
Beautiful Portraits Of Women During The Later 19th And Early 20th Centuries
Amazing Behind the Scenes Photos From the Making of ‘A Nightmare on Elm Street 5: The Dream Child’
after, germany, heinrich, josef, photographs, world