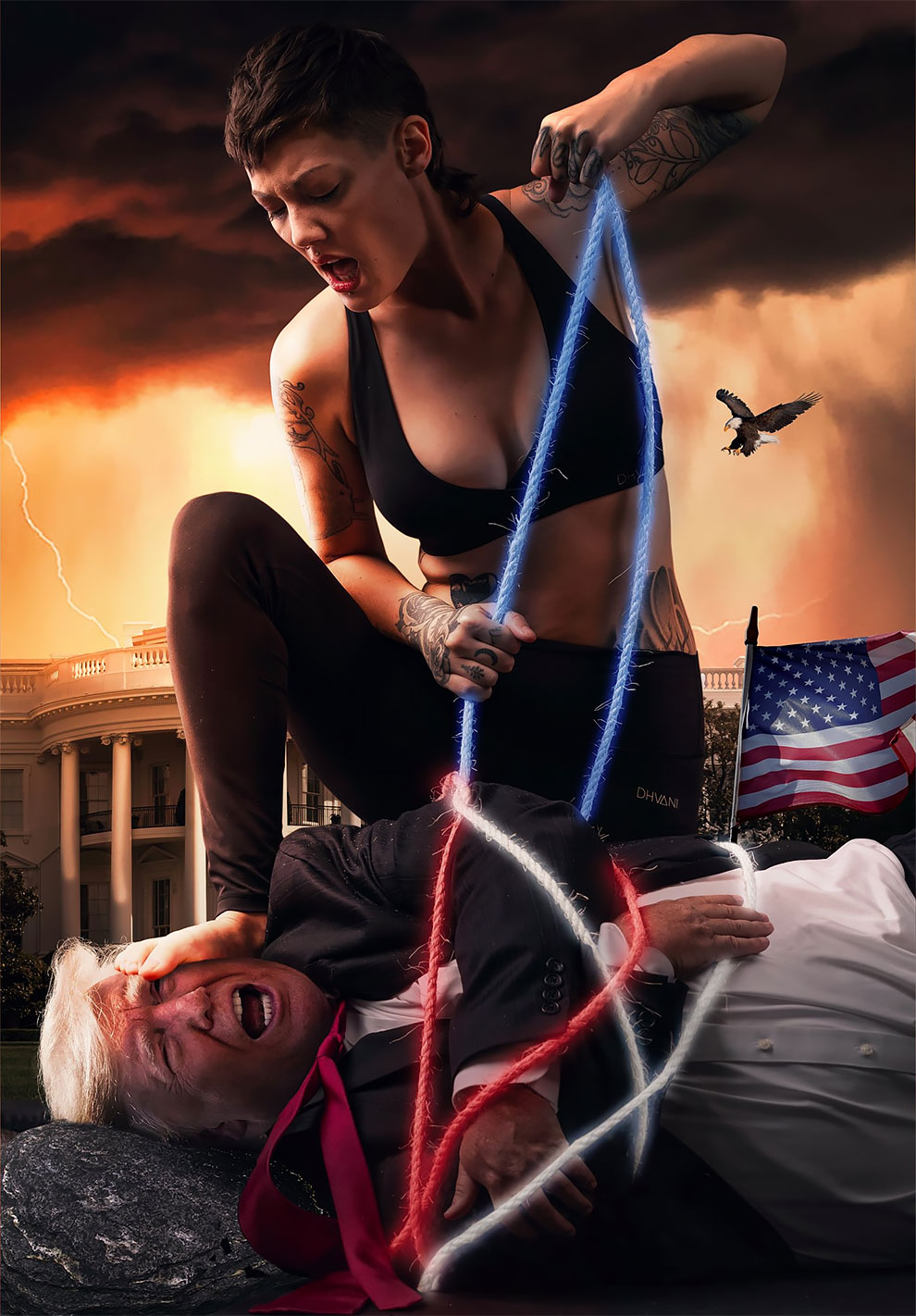 An athletic clothing brand has launched a controversial campaign that seems to take aim at President Trump; indeed, a billboard ad in Times Square has him hogtied in front of the White House.

The brand, Dhvani, unveiled the first in a series of images meant to protest the Trump administration’s “gag rule” prohibiting doctors at Title X-funded clinics from referring patients for abortions — a rule that prompted Planned Parenthood to pull out of the federal grant program in August. 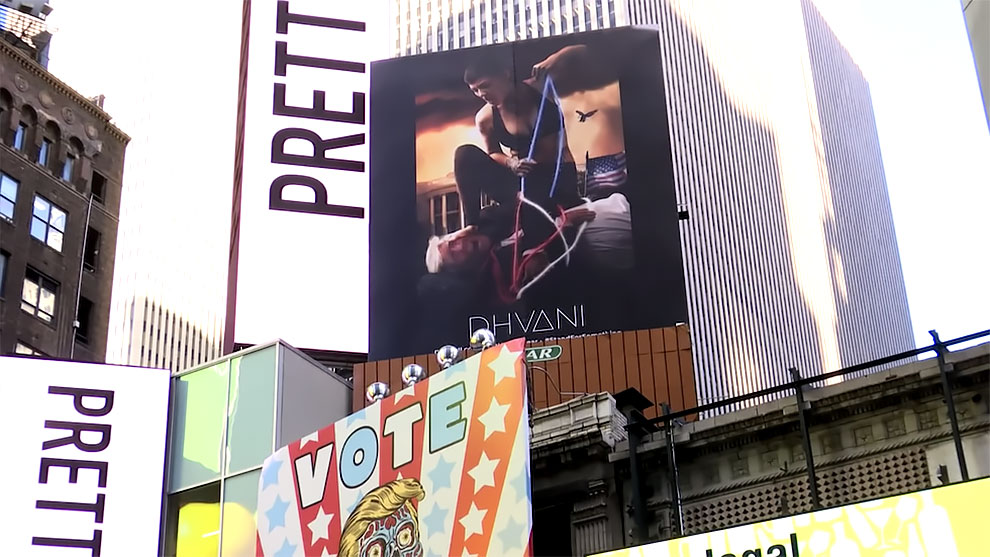 The billboard ad, called “Lady Liberty,” showed model Michal Mesa, whom Dhvani described in a press release as a Marine Corps veteran and a middle school teacher, standing over a screaming President Trump with her foot on his head. He is tied up, and a storm floats over the White House.

“He unilaterally has created a gag rule that you cannot refer patients with reproductive information about abortion, sex ed, and contraception,” Brown told AP. “He’s gagging doctors and nurses, and telling them what they can and cannot tell patients.” 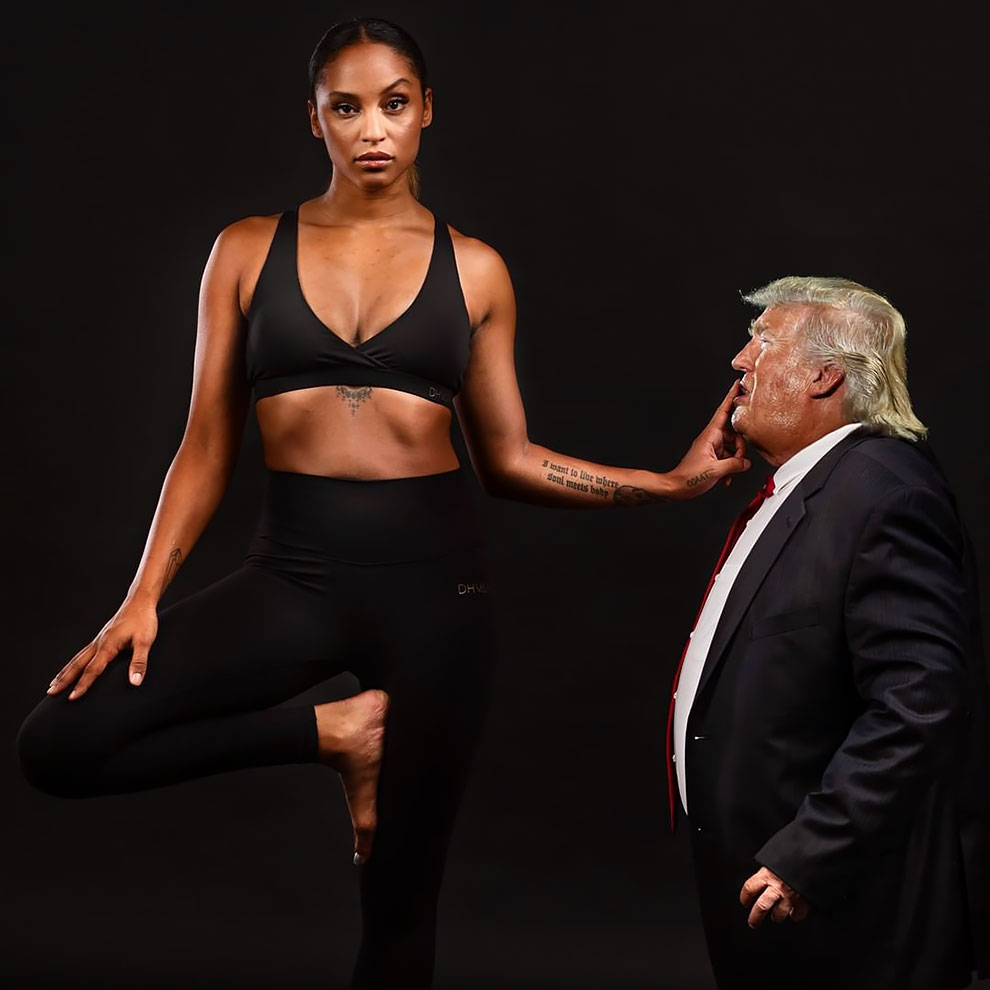 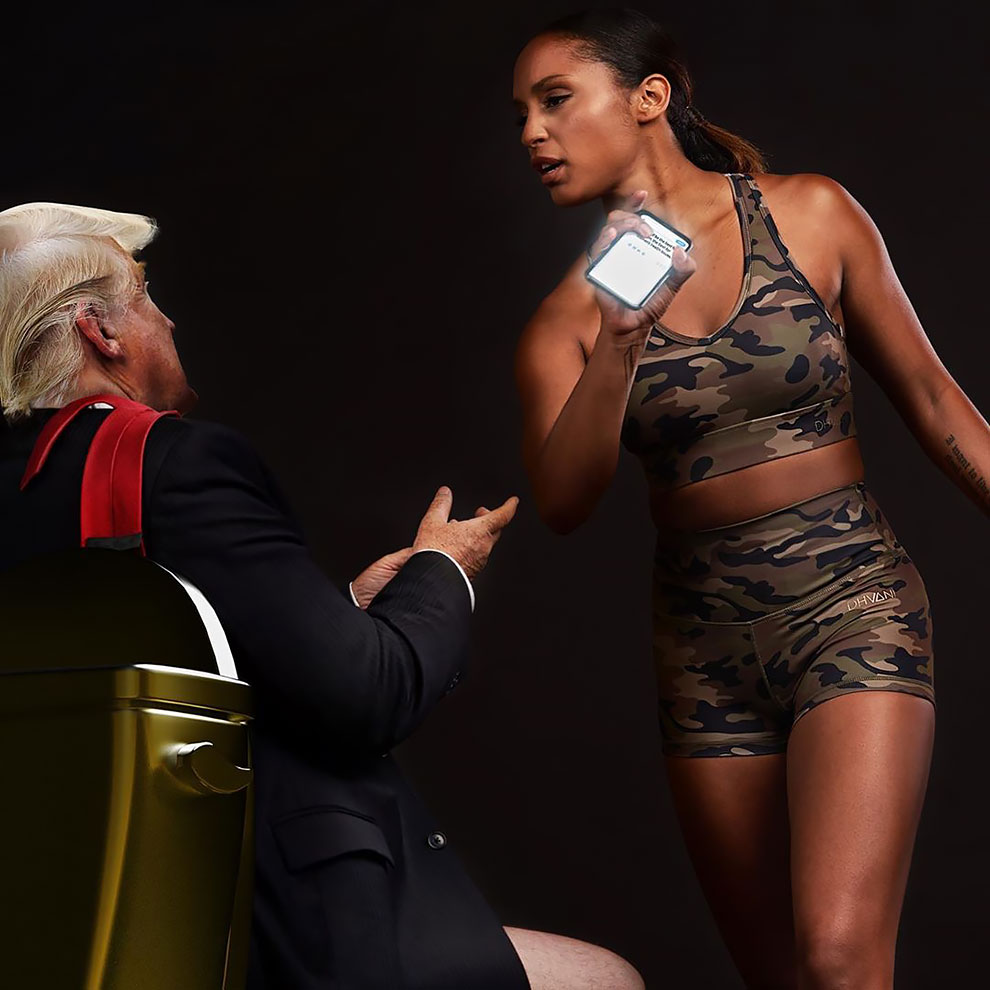 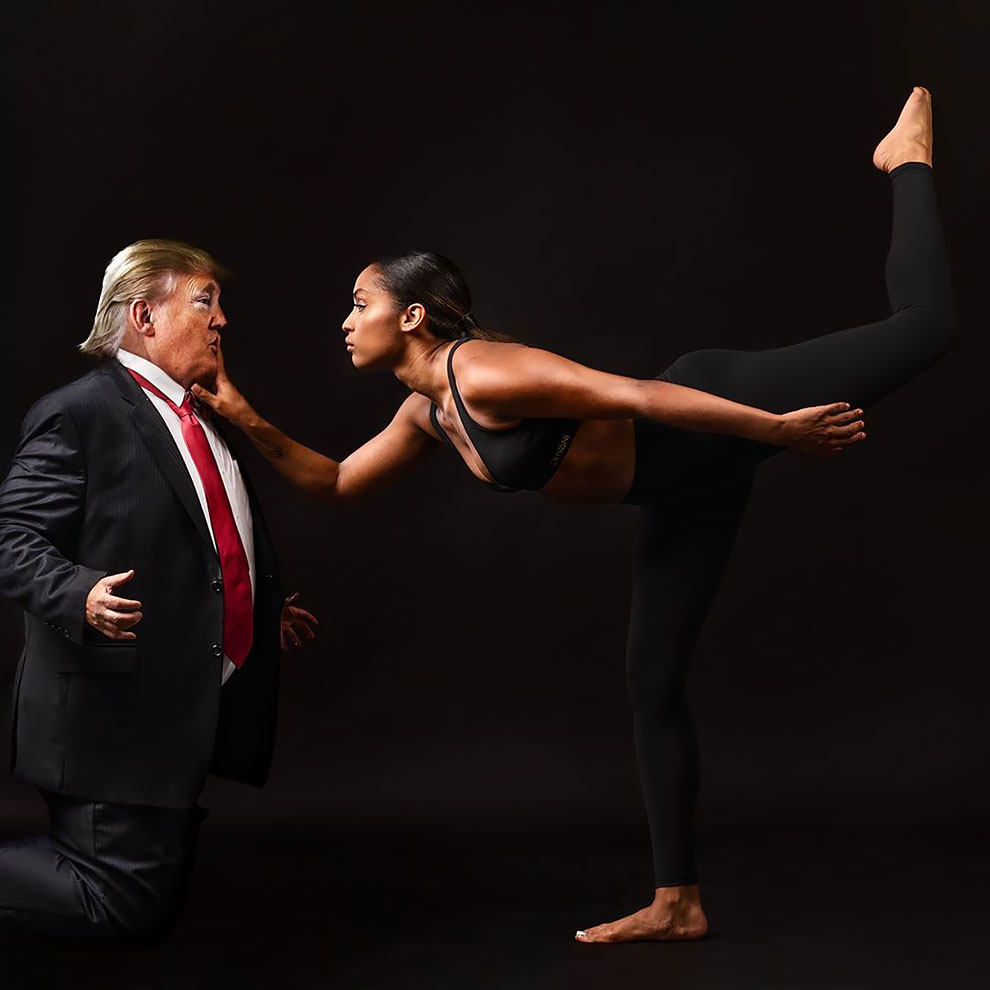 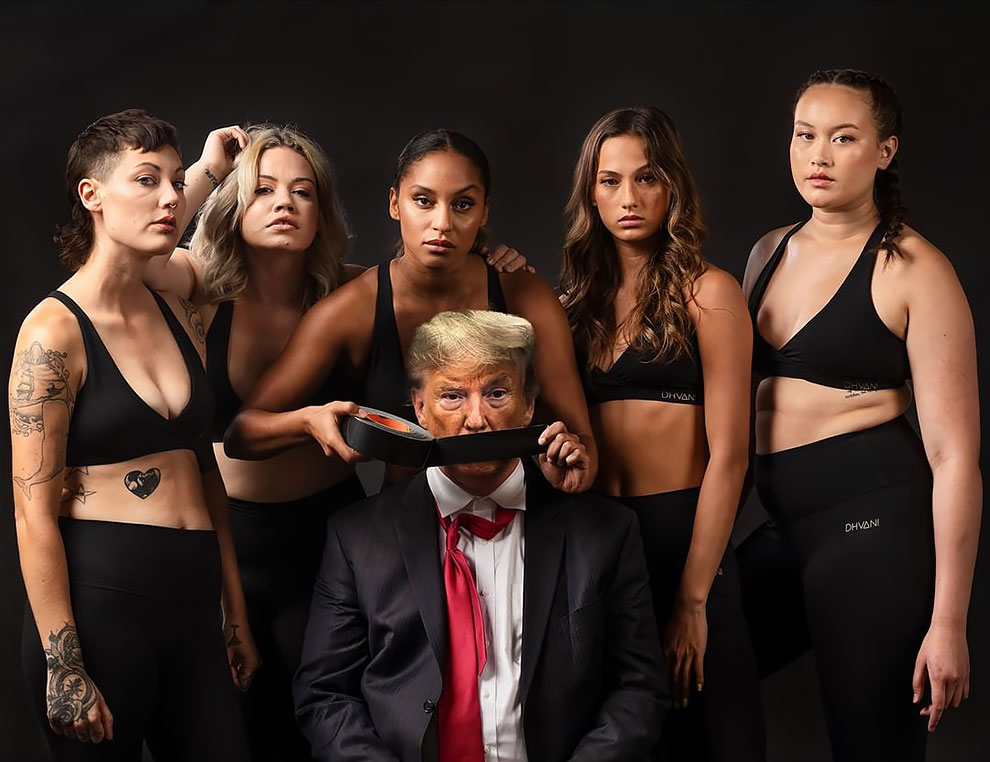 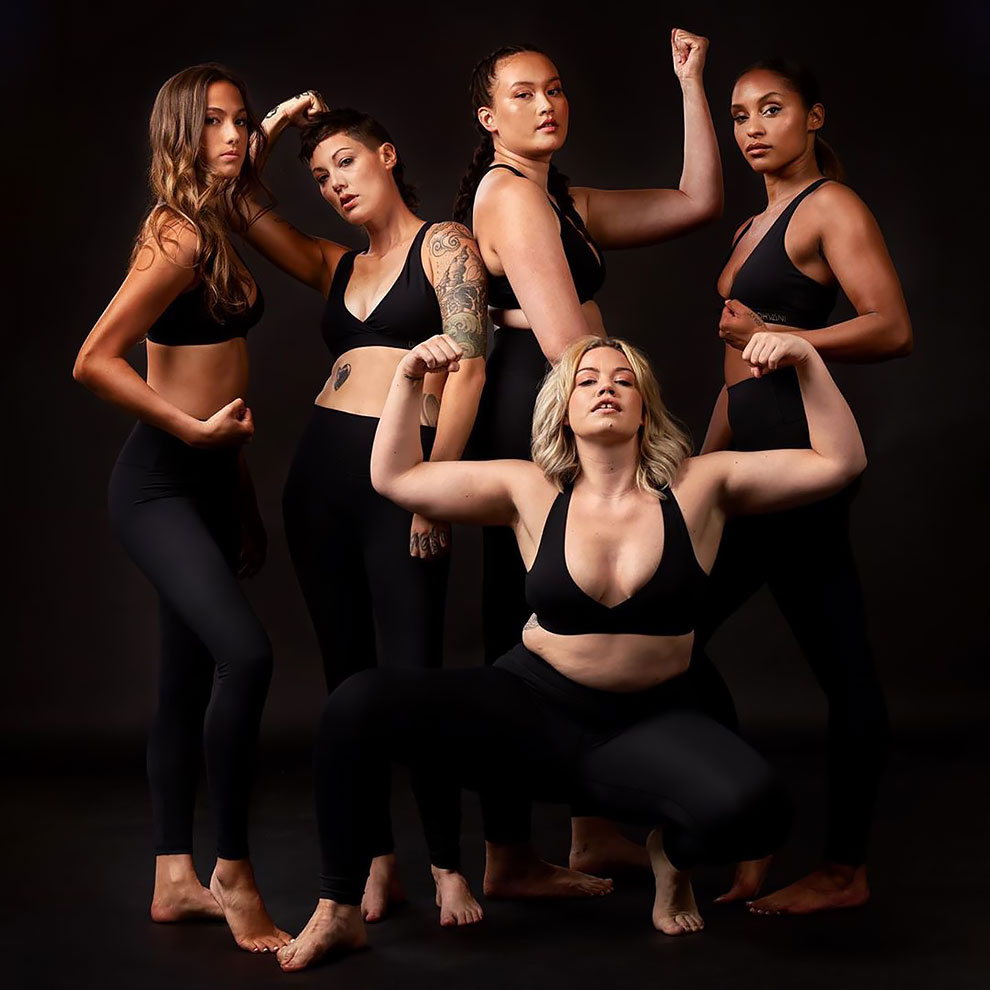