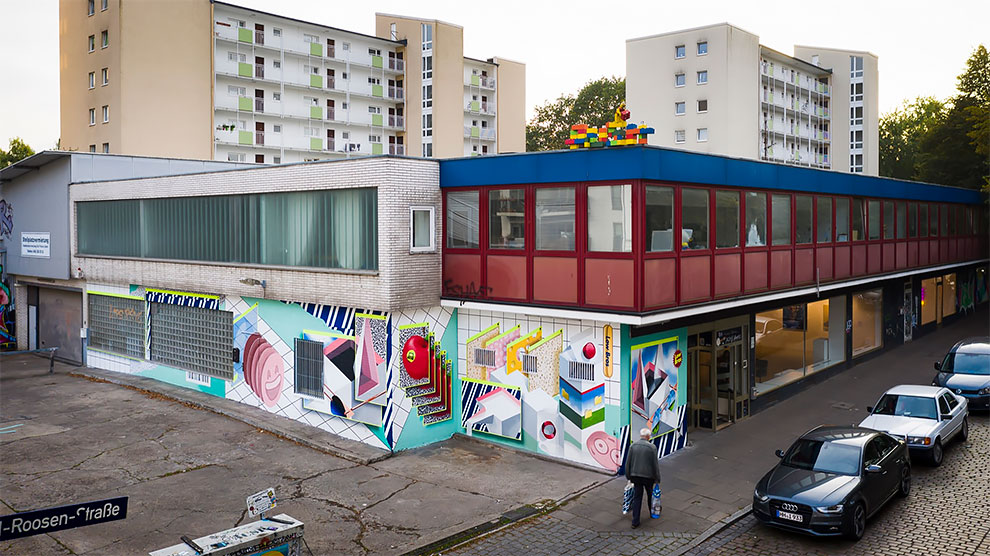 The Low Bros painted the facade of another supermarket. Or more precisely, a former supermarket. The building is now hosting the Affenfaust gallery. It is located in the district of St. Pauli in the brothers hometown Hamburg. 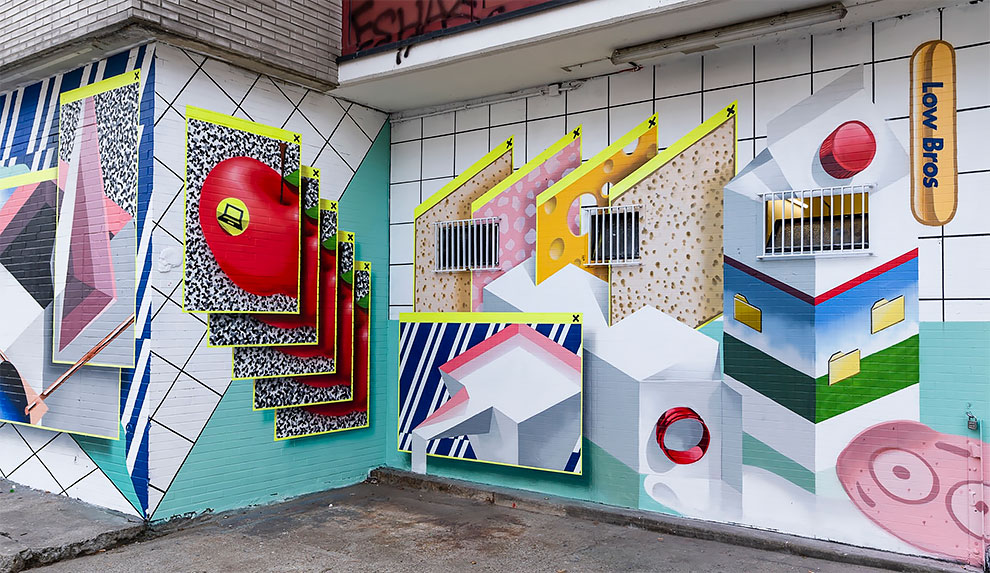 Their mural „Happy Meal“ reflects on our relationship to groceries, especially how abstract the production of meat and dairy products has become for us. It is interesting that, despite better access to all information through digital media, it still seems to be a long way until we see a real change in our consumption habits. 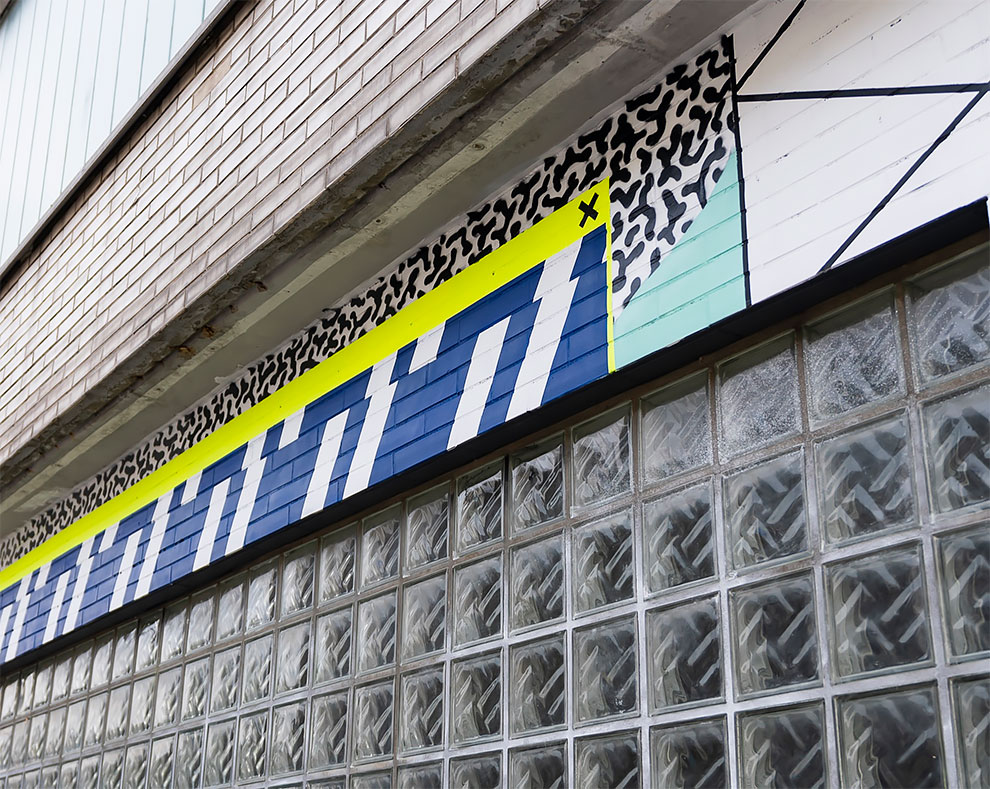 The painting appears in the brothers’ well known retro-futuristic aesthetic with some recognizable elements, like the browser windows, the tiles and their signature character: the wolf, who experiences the world through screens in form of cool shades. 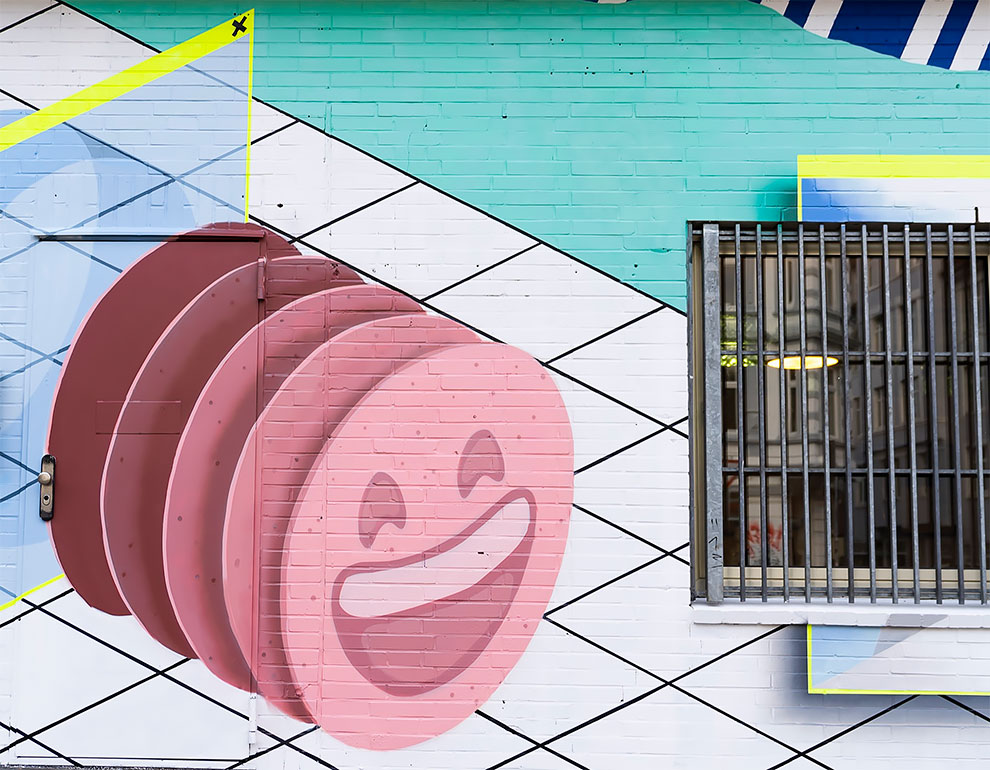 The blue-white pattern in the piece is inspired by the iconic pattern of the „Aldi“ supermarket, which was designed in 1970 by the German artist Günter Fruhtrunk. 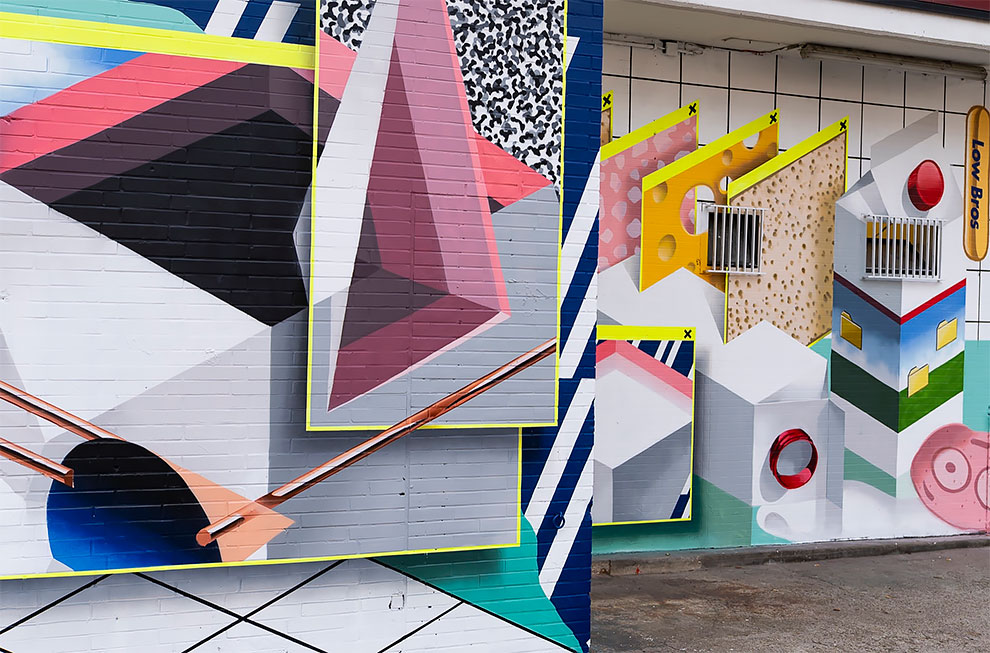 The Low Bros are a German Post Graffiti artist duo made up of brothers Christoph (1984) and Florin Schmidt (1982). With a background in street culture and an interest in contemporary developments, they explore a self coined ‘Retro-Futuristic’ vibe. From their collective memory of the 80s and 90s, the Low Bros create a vantage point from which to reimagine the present future; a perception which refocuses the conflicts they embody in the modern age. 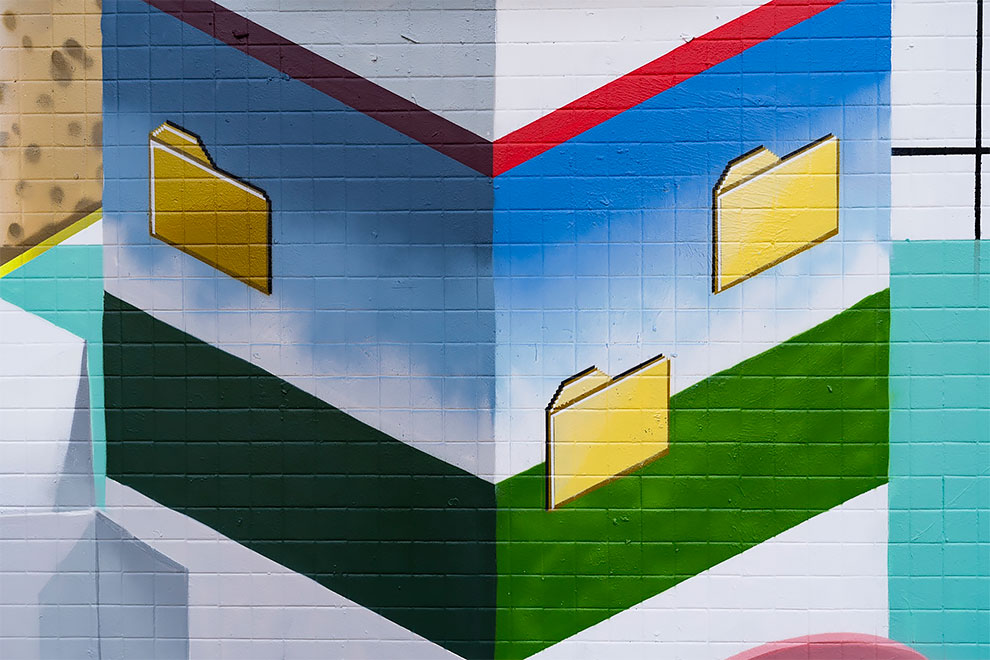 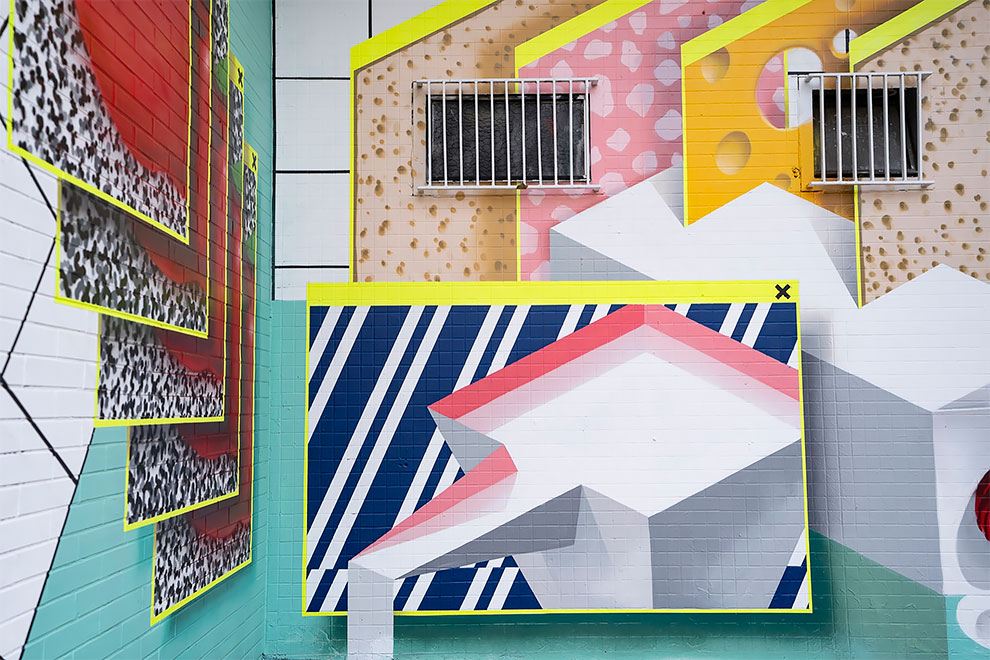 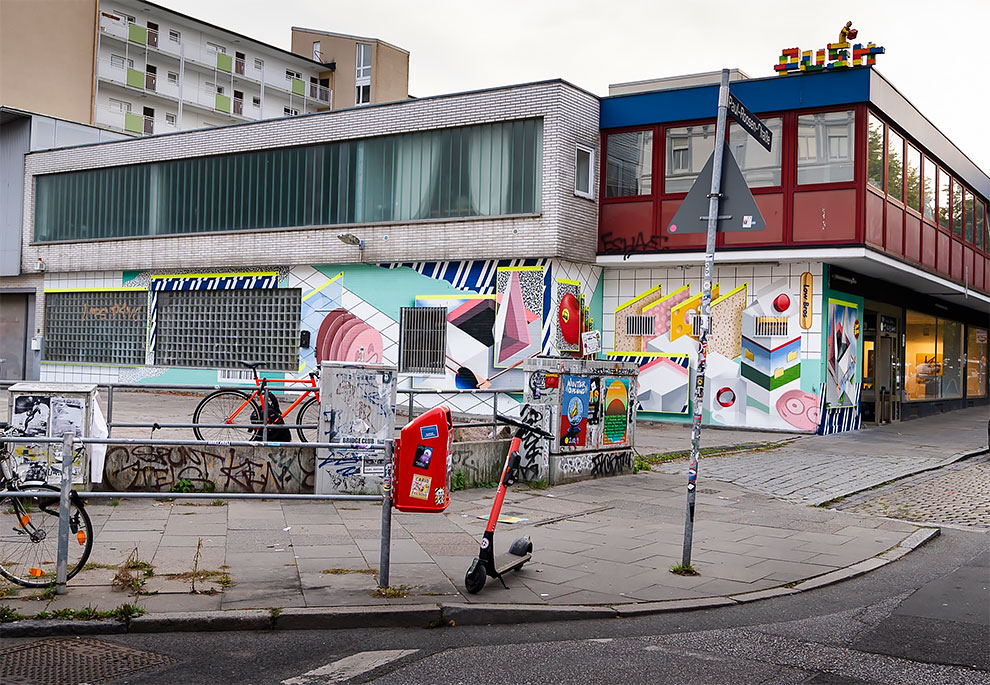 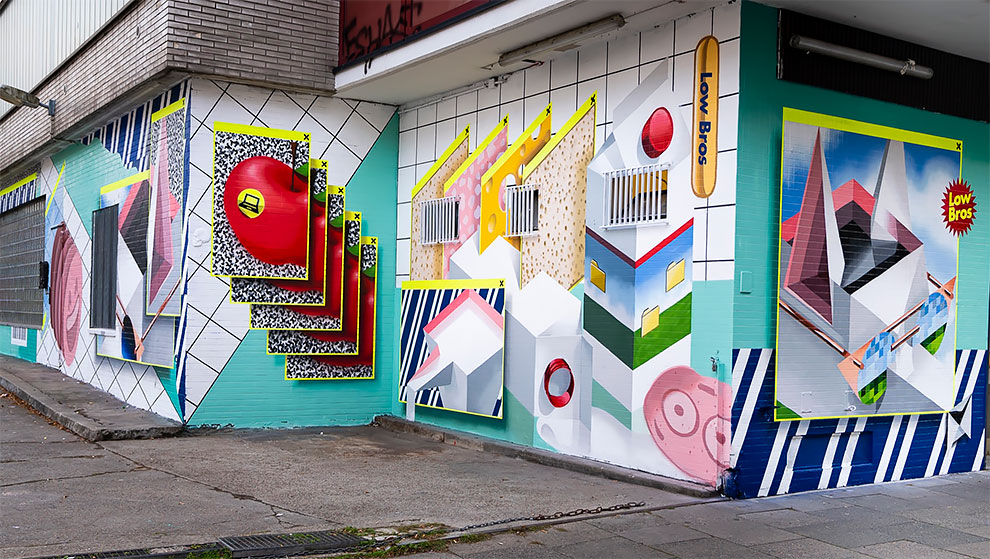 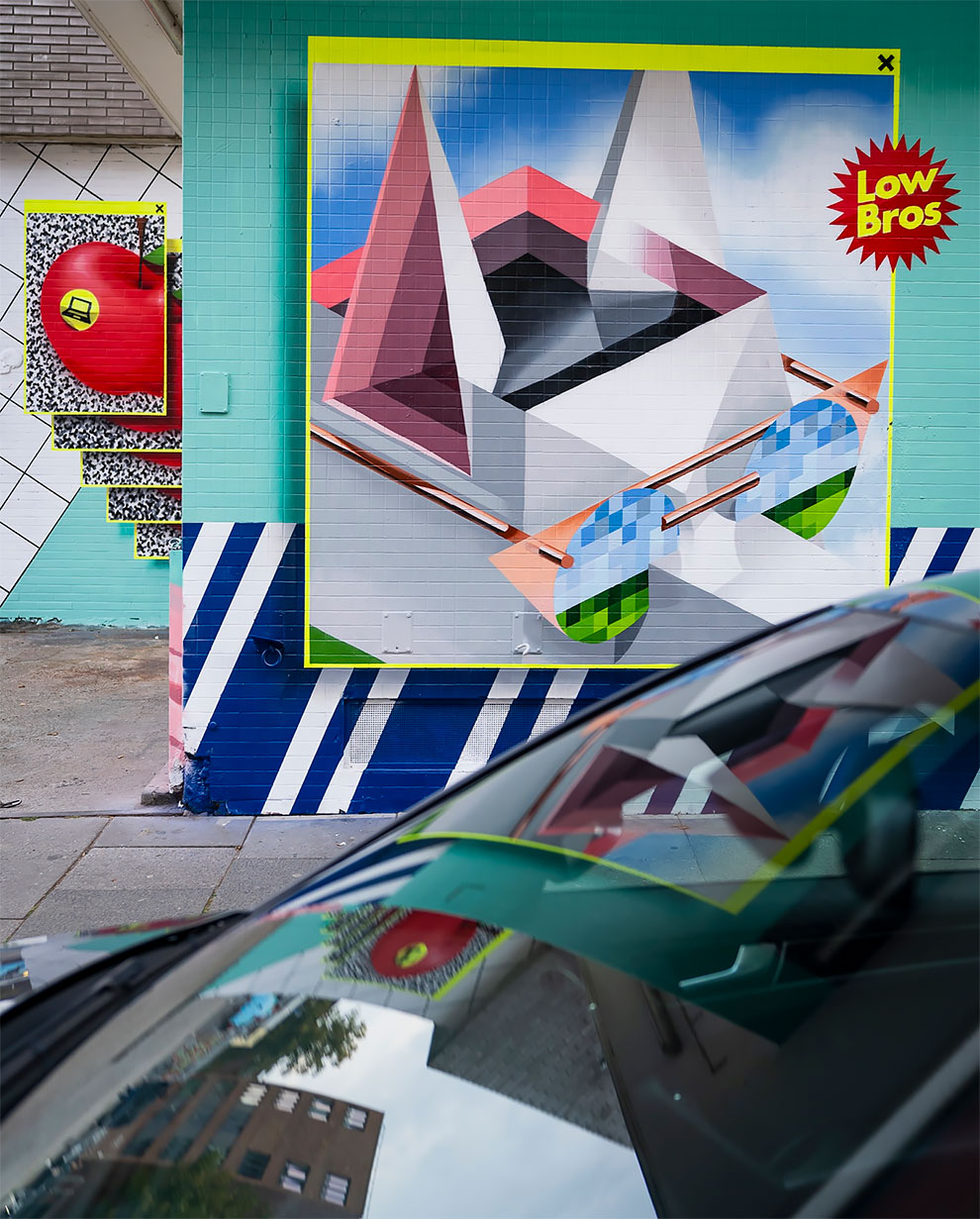 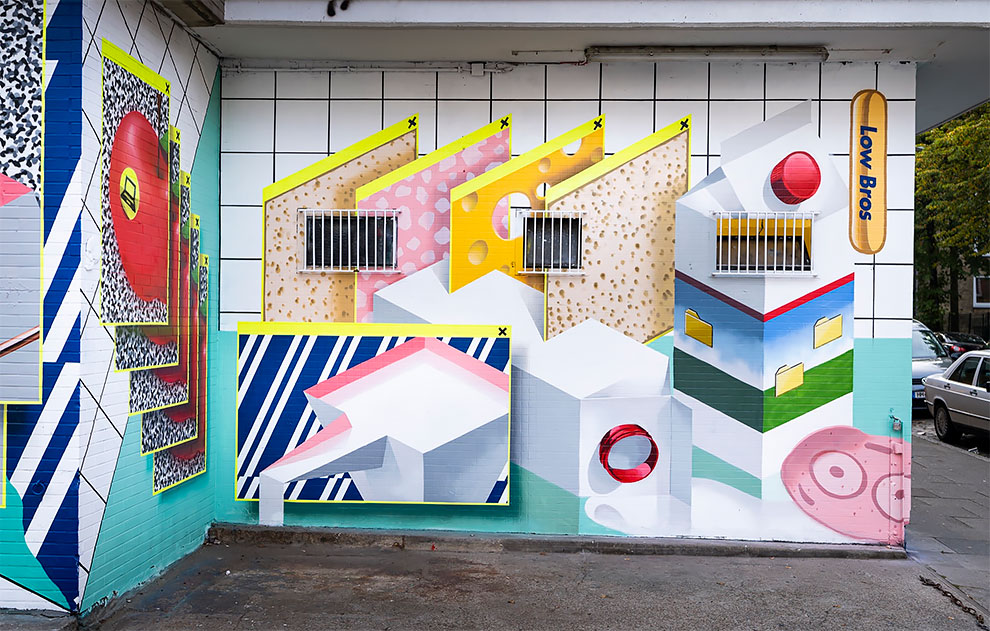