The World Photography Organisation has revealed the finalist and shortlisted photographers in the professional competition for its 2020 awards. Works by the finalists will go on display this April at Somerset House, London. 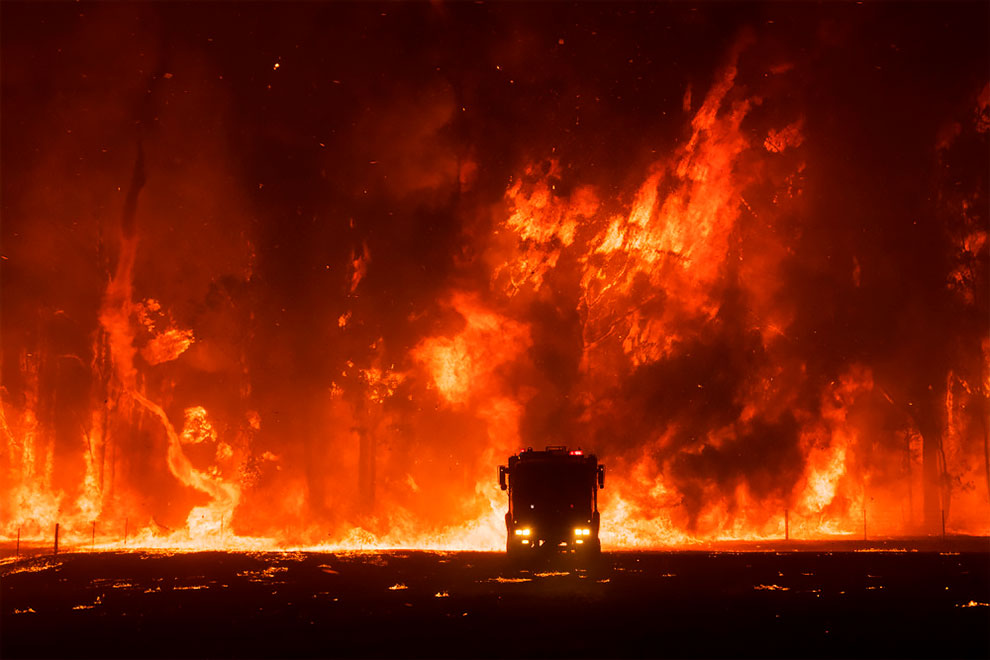 Documentary shortlist. A three-year drought, combined with staff cuts and political debate over the effectiveness of hazard-reduction-burn has led to a series of catastrophic bushfires in Australia. (Photo by Nicholas Moir/Sony World Photography Awards) 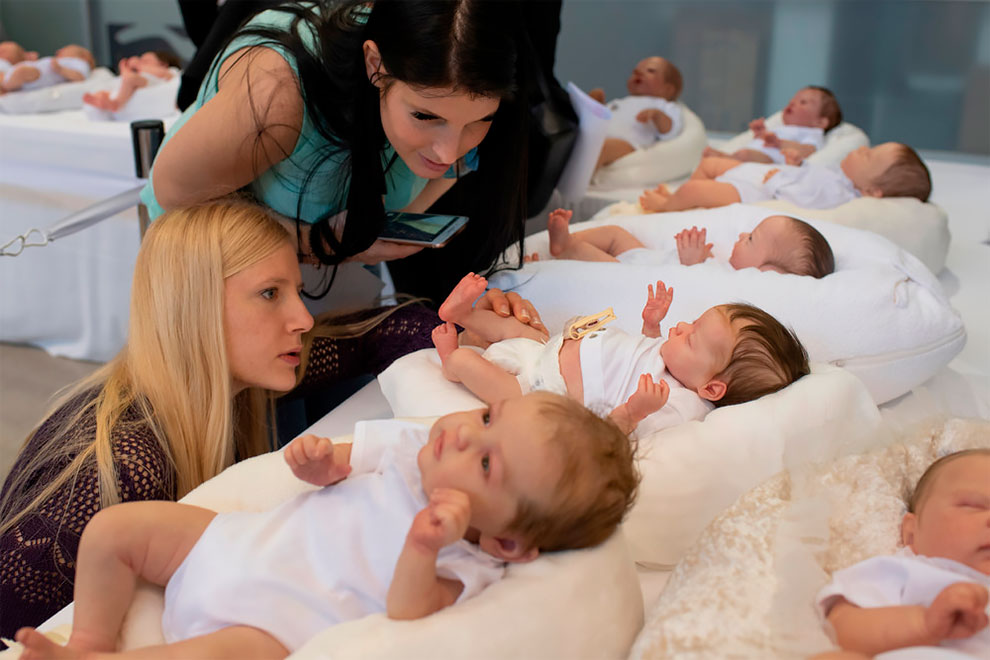 Documentary finalist. First emerging in the US in the 1990s, reborn is a hyper-realistic doll that resembles a newborn baby. The market for the doll includes artists, collectors, hospitals, and adoptive mothers and fathers. (Photo by Didier Bizet/Sony World Photography Awards) 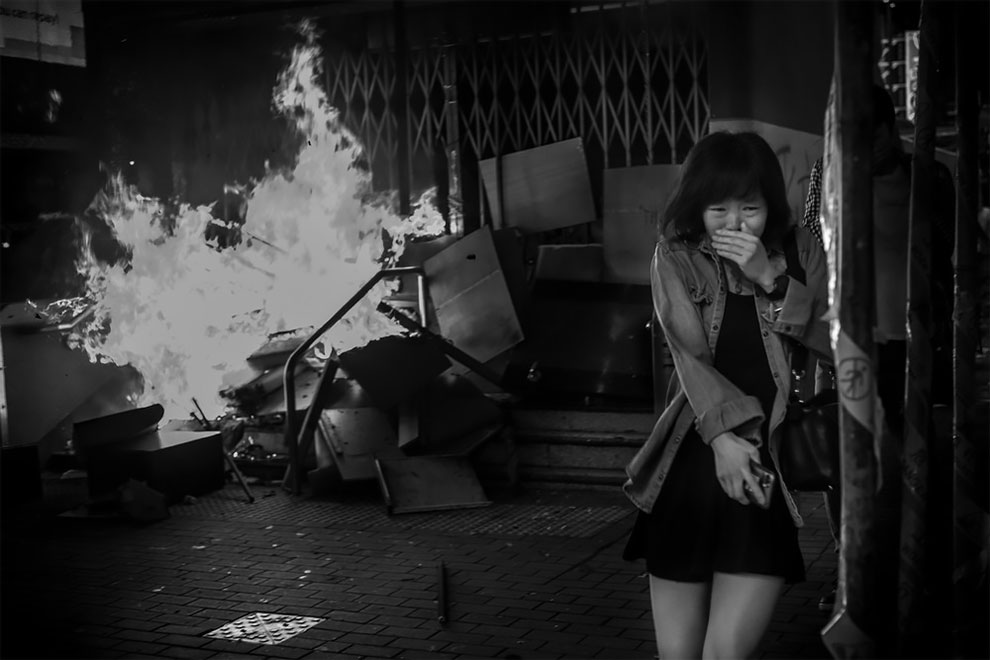 Documentary shortlist. Since the spring of 2019, there have been frequent and violent clashes between pro-democracy protesters and police on the streets of Hong Kong. (Photo by David Butow/Sony World Photography Awards) 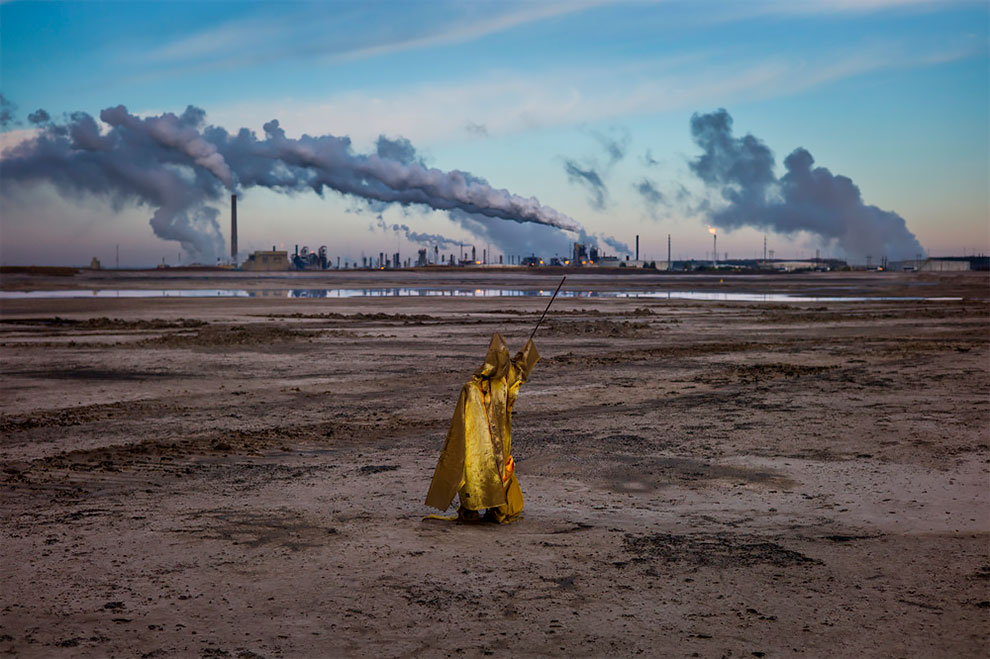 Documentary, shortlist. This project looks at how the development of Canada’s tar sands is affecting indigenous communities and the daily destruction caused by an industry large enough to be seen from space. The rate of rare cancers, birth defects, lupus and other conditions in Fort Chipewyan and Fort McKay, Alberta, are alarmingly high. (Photo by Ian Willms/Sony World Photography Awards) 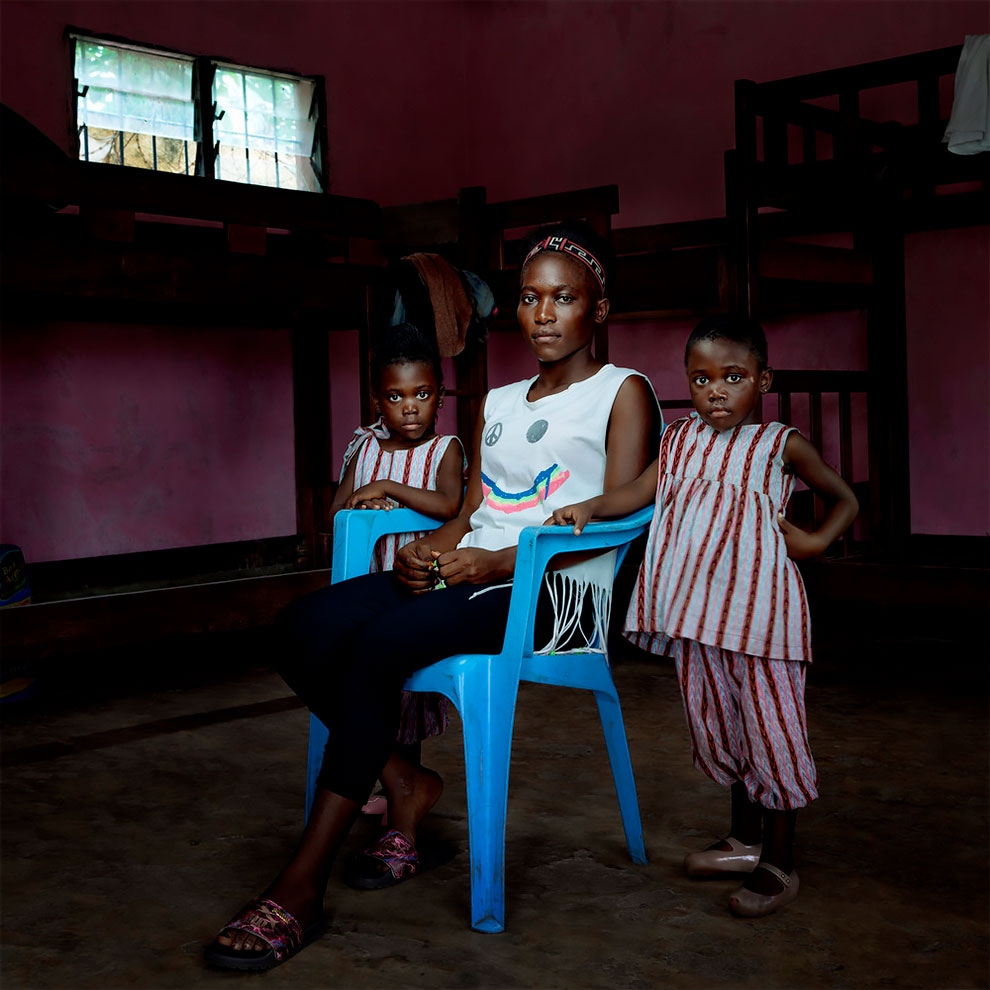 Portraiture finalist. Unsung Heroes is a project about violence against women around the world. The photograph said he wanted to show not just the suffering but the strength and resilience of the women. (Photo by Denis Rouvre/Sony World Photography Awards) 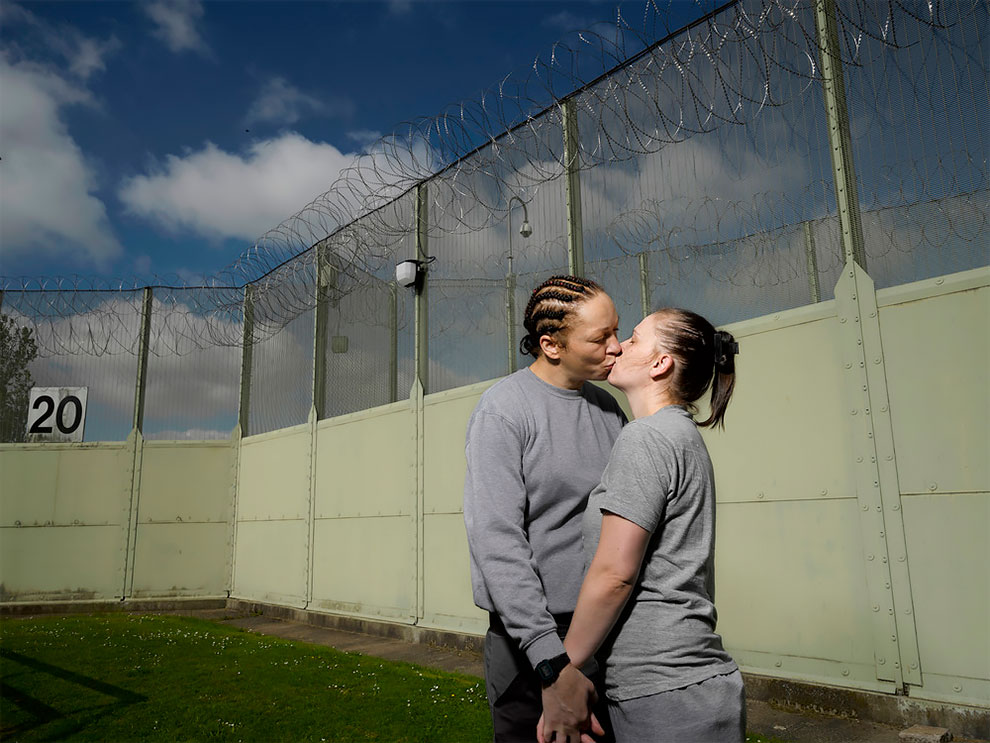 Portraiture shortlist. Richard Ansett’s fascination with other people’s lives led to a collaboration with the prisoners of HMP Foston Hall in Derbyshire. The aim of the project was to communicate to the outside world the effects of the women’s incarceration, and how they try to make sense of their lives inside. (Photo by Richard Ansett/Sony World Photography Awards) 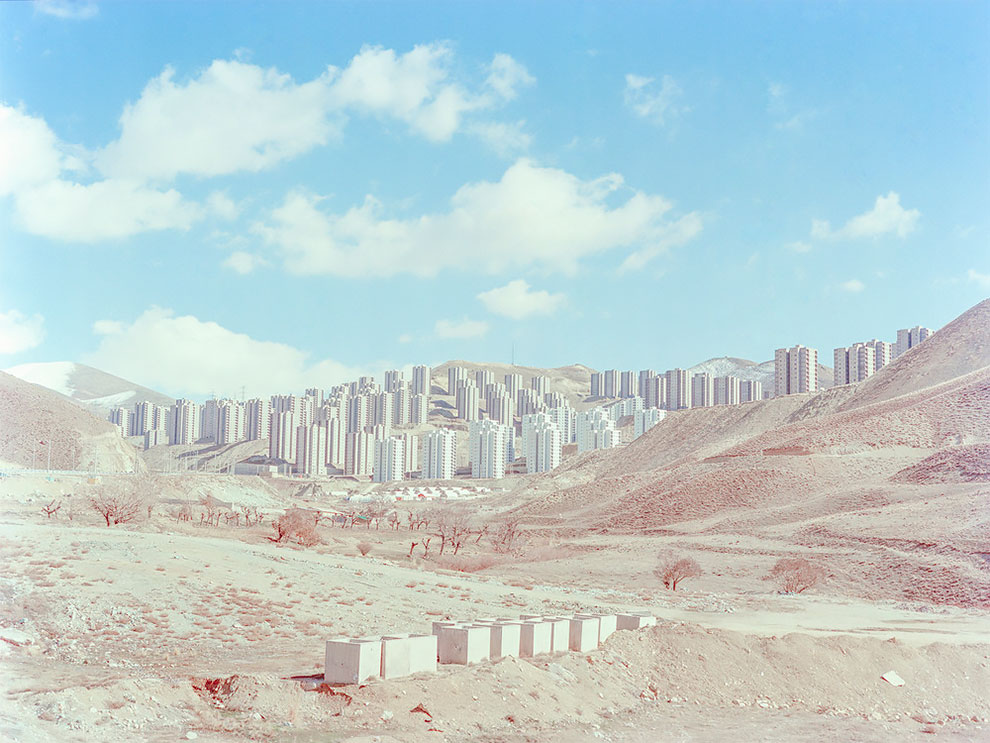 Discovery finalist. The Mehr housing scheme, which began in 2007, was the largest state-funded housing project in the history of Iran. Mehr is seen as a failure, its new towns becoming notorious for social problems including high rates of suicide among teenagers and drug use. (Photo by Hashem Shakeri/Sony World Photography Awards) 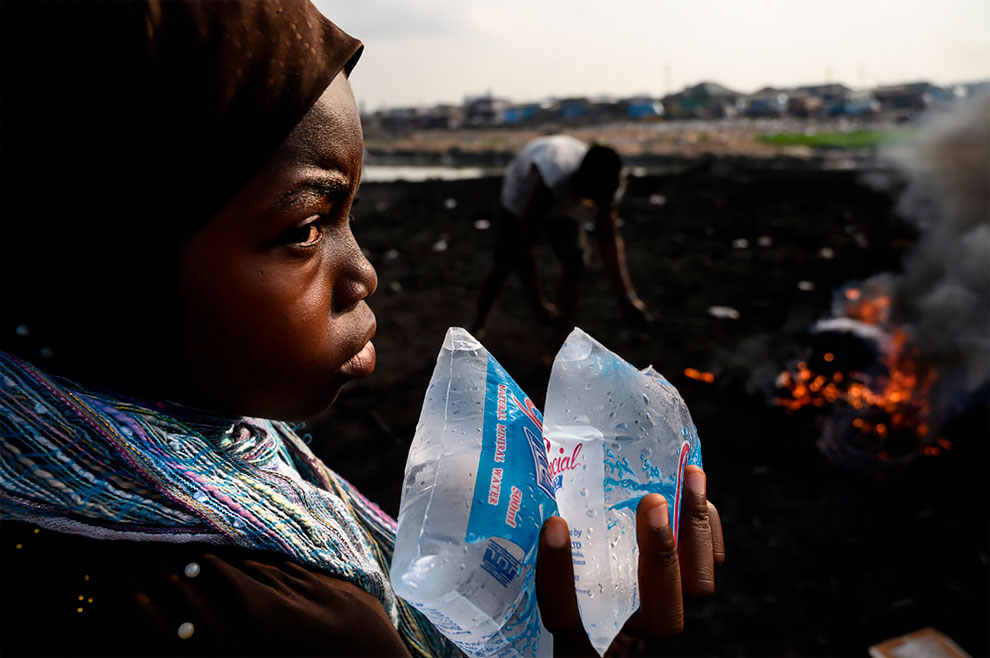 Environment shortlist. The Agbogbloshie scrapyard in Accra, Ghana, has become one of the biggest open-air electronic waste dumps in the world. Discarded appliances, such as phones and computers, arrive as second-hand goods, mainly from Europe. However, most of them are beyond repair. It is an unregulated industry in which workers process this waste to extract raw materials such as copper and aluminium for resale. (Photo by Carolina Rapezzi/Sony World Photography Awards) 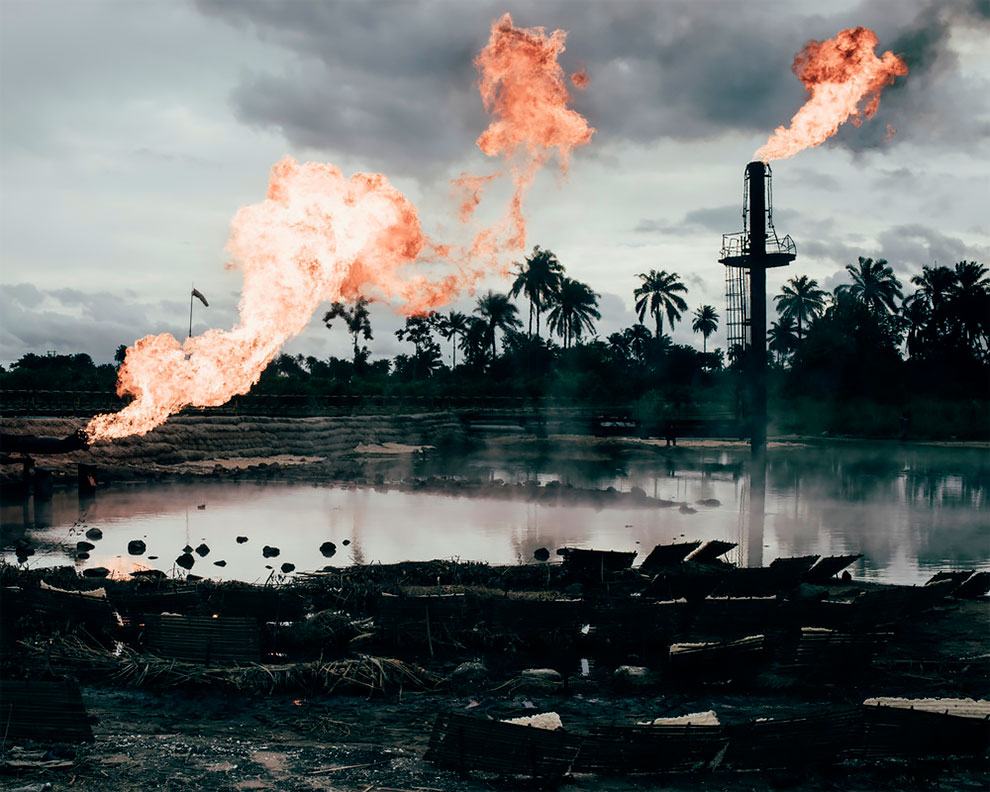 Environment finalist. More than 6,810 oil spills took place between 1976 and 2001 in Niger delta, amounting to 3m barrels, according to a UN report. So far, the Nigerian authorities and oil firms have done little to clean up the delta. Another issue is gas flaring, a byproduct of oil extraction which destroys crops, pollutes water and damages people’s health. Photo essay from Niger by Robin published here. (Photo by Robin Hinsch/Sony World Photography Awards) 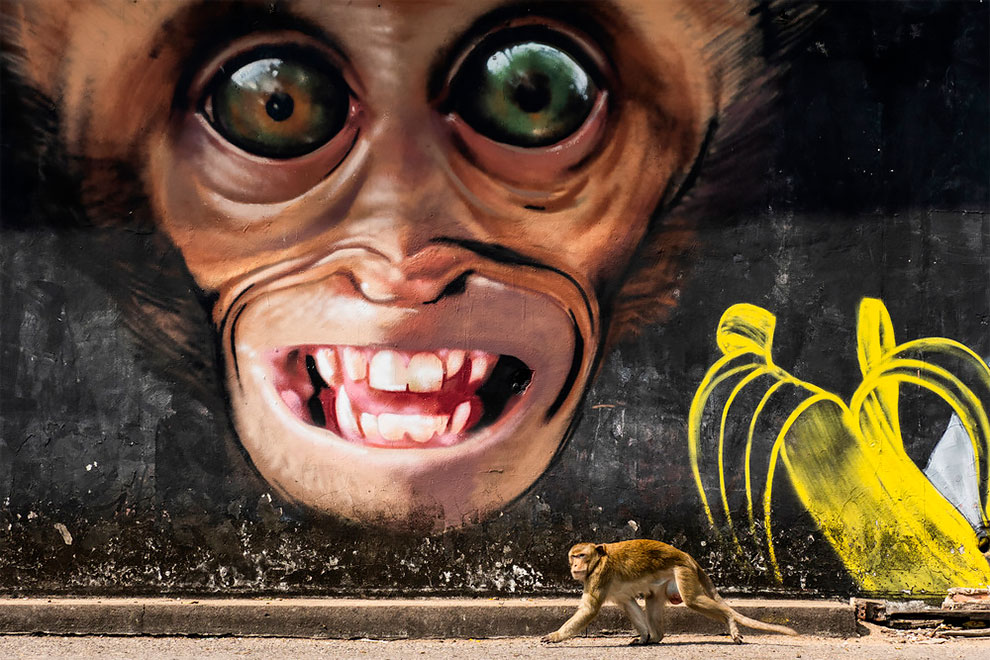 Natural world and wildlife shortlist. Lop Buri in Thailand is home to hundreds of macaques, which local residents consider to be disciples of the Hindu god Hanuman. While some people love them, others fear or even hate them. Despite the inconvenience they often cause, the macaques are generally respected and considered sacred. (Photo by Joan de la Malla/Sony World Photography Awards) 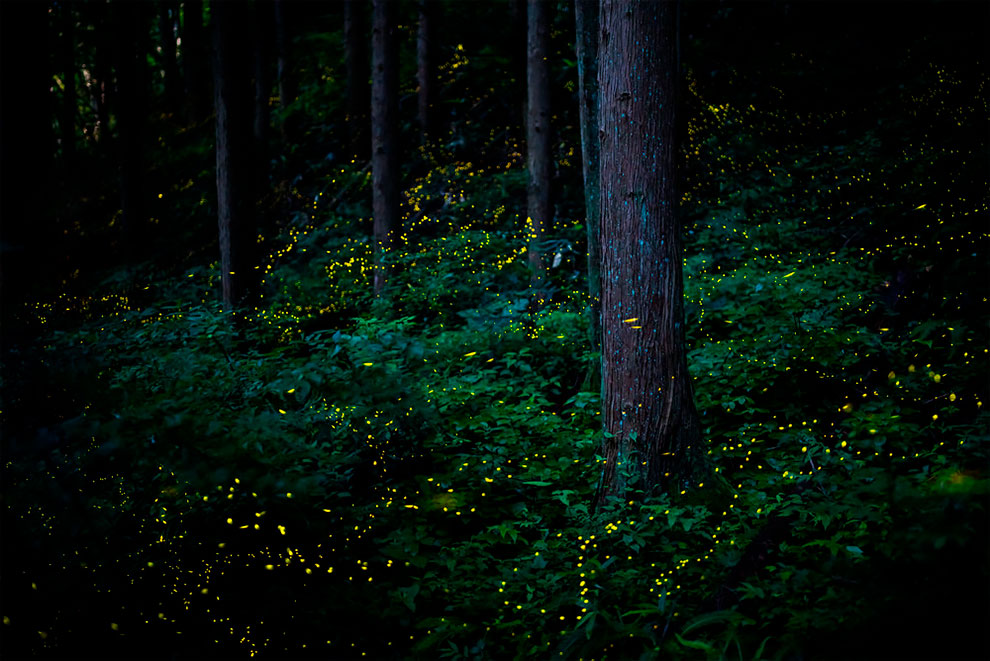 Natural world and wildlife finalist. Himebotaru is a type of firefly that measures just 6mm long and lives in the forest. Both males and females emit a short burst of strong light – the males at a rate of once a second and females once every two or three seconds. (Photo by Masahiro Hiroike/Sony World Photography Awards) 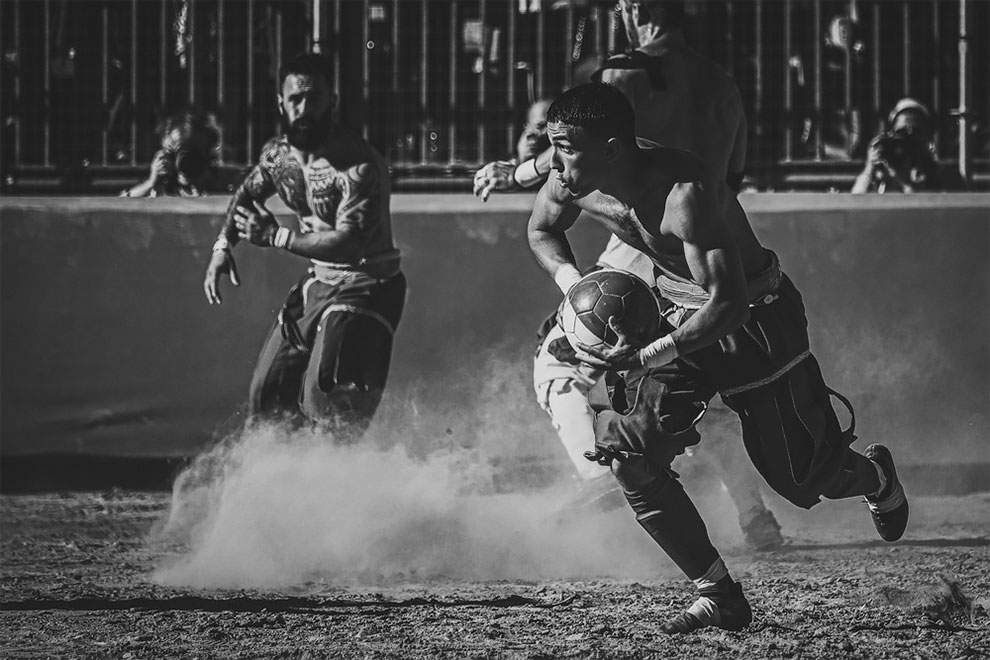 Sport shortlist. Calcio fiorentino resembles a combination of rugby, football and wrestling, which originated in 16th-century Italy. Two teams of 27 players battle it out on a pitch covered in sand for 50 minutes. It’s a brutal game and there are plenty of injuries – despite this, no substitutions are allowed. Fighting techniques, such as martial arts, are permitted. (Photo by Federico Tardito/Sony World Photography Awards) 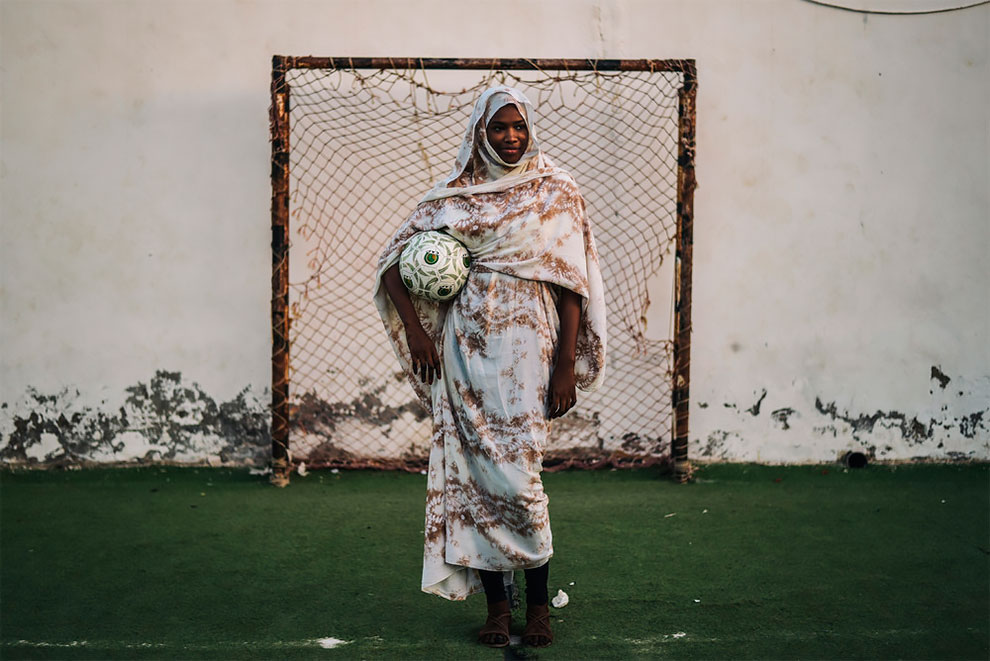 Sport finalist. Founded in 2019, Mauritania women’s football team played their first international match, against Djibouti, last summer, losing 3-1. The Islamic country is a deeply conservative, and for many the idea of women taking part in such a sport is unpalatable. “We want to change society’s vision of women in Mauritania”, says the head of the country’s women’s football federation. (Photo by Lucas Barioulet/Sony World Photography Awards) 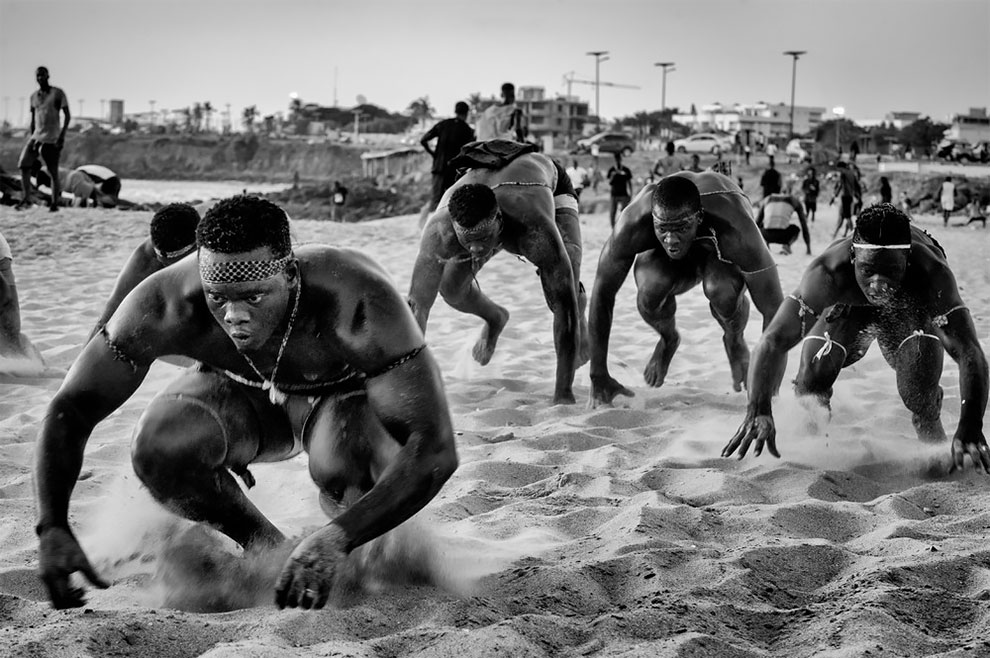 Sport finalist. Wrestling has become the No 1 national sport in Senegal, ahead of football, and has also become a means of social ascendance. These pictures show wrestlers training on a beach in Dakar. (Photo by Ángel López Soto/Sony World Photography Awards)

Darkness To Light: The Moody And Bluish Photo Artworks Of Albin Sjödin
"Dancers & Dogs": Photographer Duo Captures The Relationship Between Dancers And Their Pups
This Is Known To Be The Only Photo Of Van Gogh As An Adult
The Guardian Readers' Travel Photography Competition: September 2016
Photographer Captured Grueling Lifestyle Shoot On An Active Volcano In Ethiopia
Photographer Capture’s Kawau Birds Perched On Electric Wires In Tokyo
Traveling Couple Captures Ethereal Images In The Most Unspoiled Places Around The World
SPKSMEN Campaign, Spring '11
Rare Behind-The-Scenes Look At The Vast Collection Of The Smithsonian's National Museum Of Natural History
Slav Romance: Heartbreaking Drama Story In Ten Pictures
If You Take A Selfie Through A Toilet Roll Tube, You’ll Look Like The Moon
John Thomson’s Remarkable Photographs of China from the 1870s
Photographer Martin Usborne Revisits A Childhood Fear Of Being Left Alone In A Car
September 10-11: These Days In Photos From The Past
Cinematic And Cyberpunk Urban Photography By Felipe OA
European Wildlife Photographer Of The Year 2019 Winners Announced
Photographer Hitchhikes Across Europe To Take Powerful Portraits Of Self-Ruling People
Germany After The World War II In Photographs By Josef Heinrich Darchinger
Winning Photos Of Comedy Wildlife Photography Awards 2021
This Photographer Recreates The Famous Paintings By Gustav Klimt
Wild Life by Jeff Friesen: Animals Meet Interiors
Arnold Schwarzenegger Turns 69: Photo Tribute
Kate Moss for Mango, Fall 2012
"Nude" Photos of Pastel-Colored Urban Tokyo by Rumi Ando
contest, Sony, winners