“Frozen Apartments of Vorkuta”: Incredible Photos from The Heart of The Coldest City in All of Europe 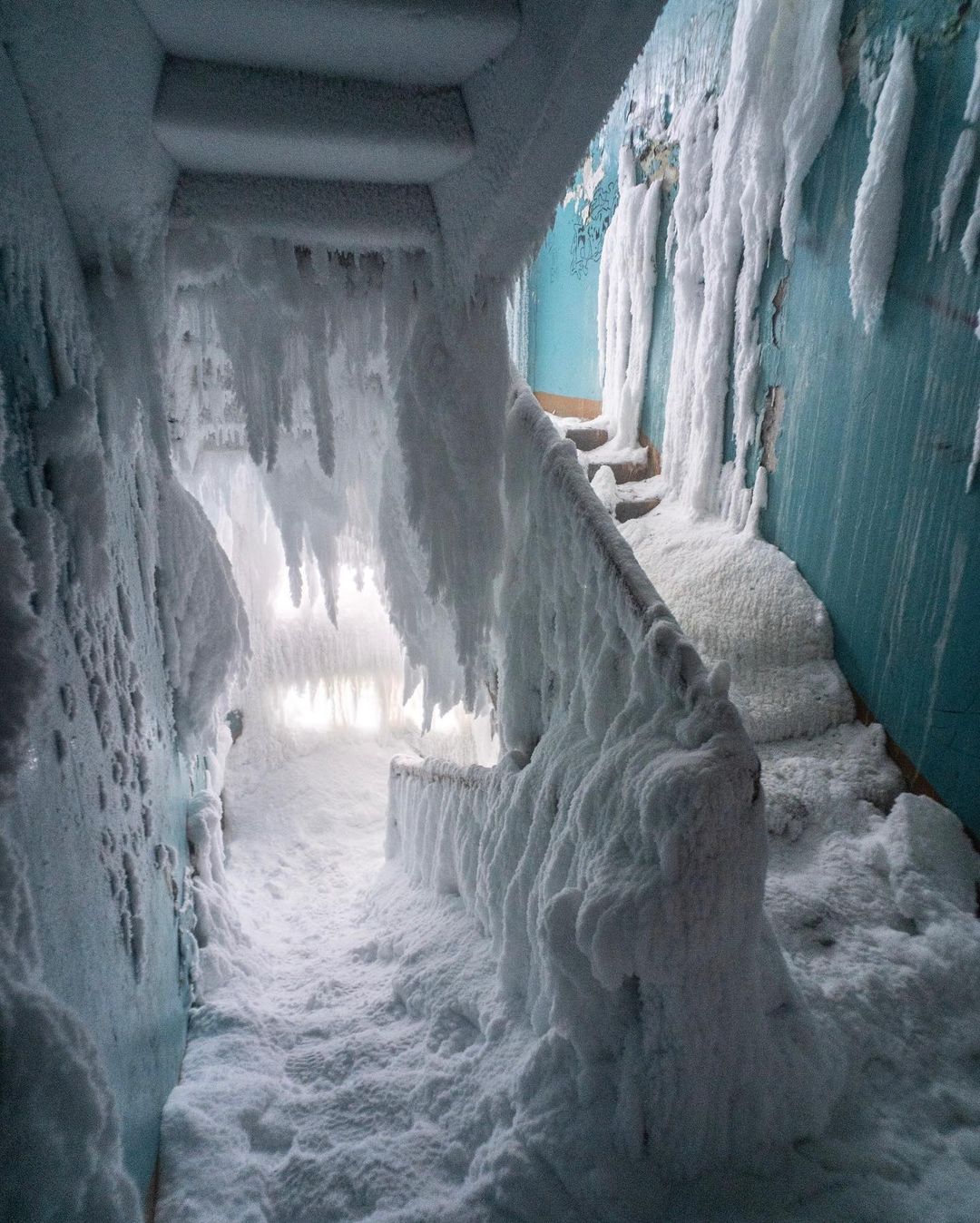 Vorkuta (Nenets for “the abundance of bears”, “bear corner”) is a coal-mining town in the Komi Republic, Russia, situated just north of the Arctic Circle in the Pechora coal basin at the river Vorkuta. Vorkuta is the fourth largest city north of the Arctic Circle and the easternmost town in Europe. It is also the coldest city in all of Europe, boasting a record cold temperature of -52 degrees C (-61 degrees F). 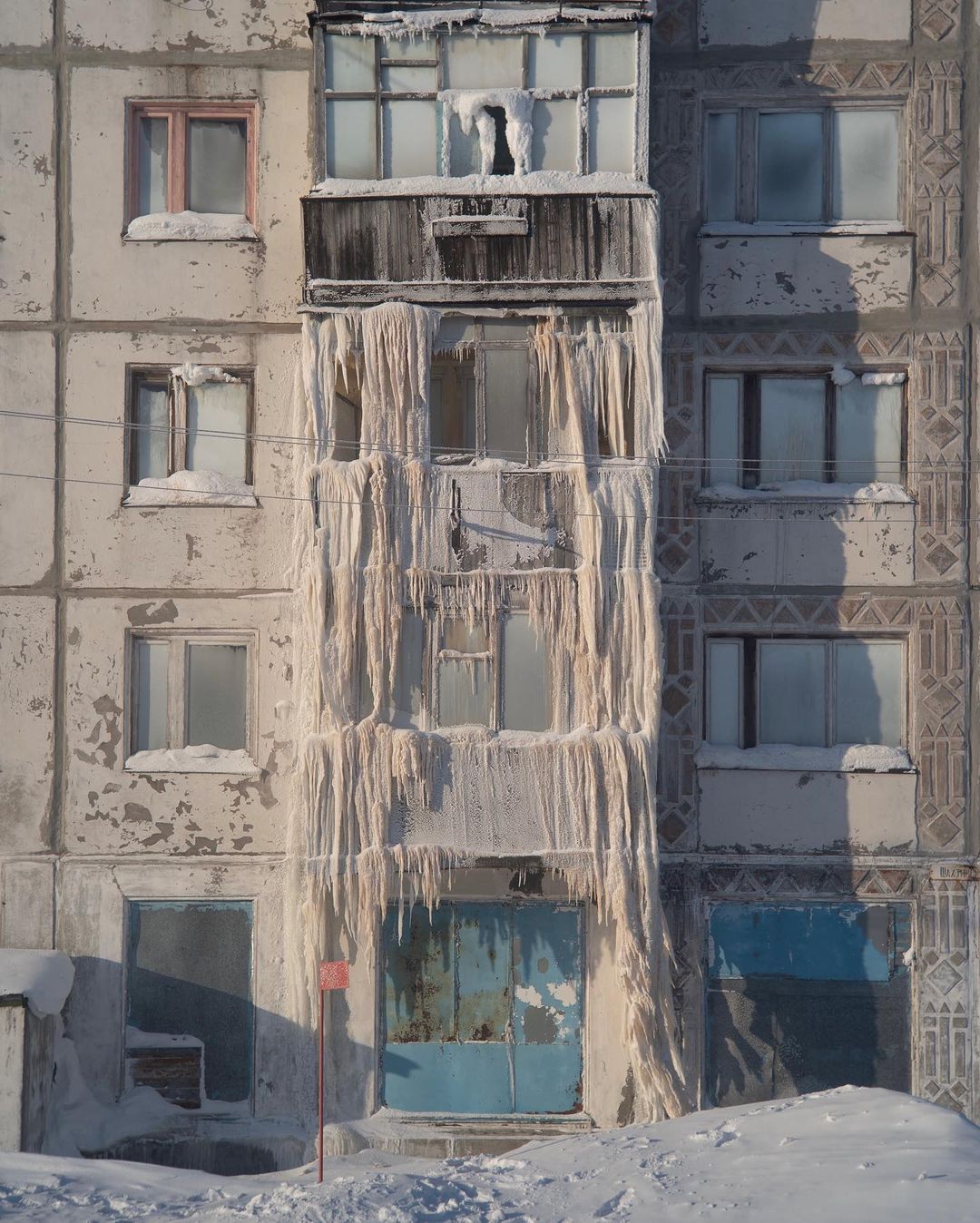 The town of Vorkuta, situated in the permafrost belt about 110 miles from the Arctic Ocean, was founded by the Vorkuta River after large coal deposits were discovered in the area. The first detachment of prisoners was dispatched to the spot in the early 1930s, and they soon constructed a workers’ settlement known as Rudnik. By the start of the Stalinist Terror, the area was already home to one of the biggest and harshest camps in the Soviet Gulag: Vorkutlag (which included the Rechlag camp for political prisoners). In 1943, the many settlements around the coal mines, where the high salaries also attracted workers from across the USSR, were reorganized into the town of Vorkuta, now Europe’s easternmost city. 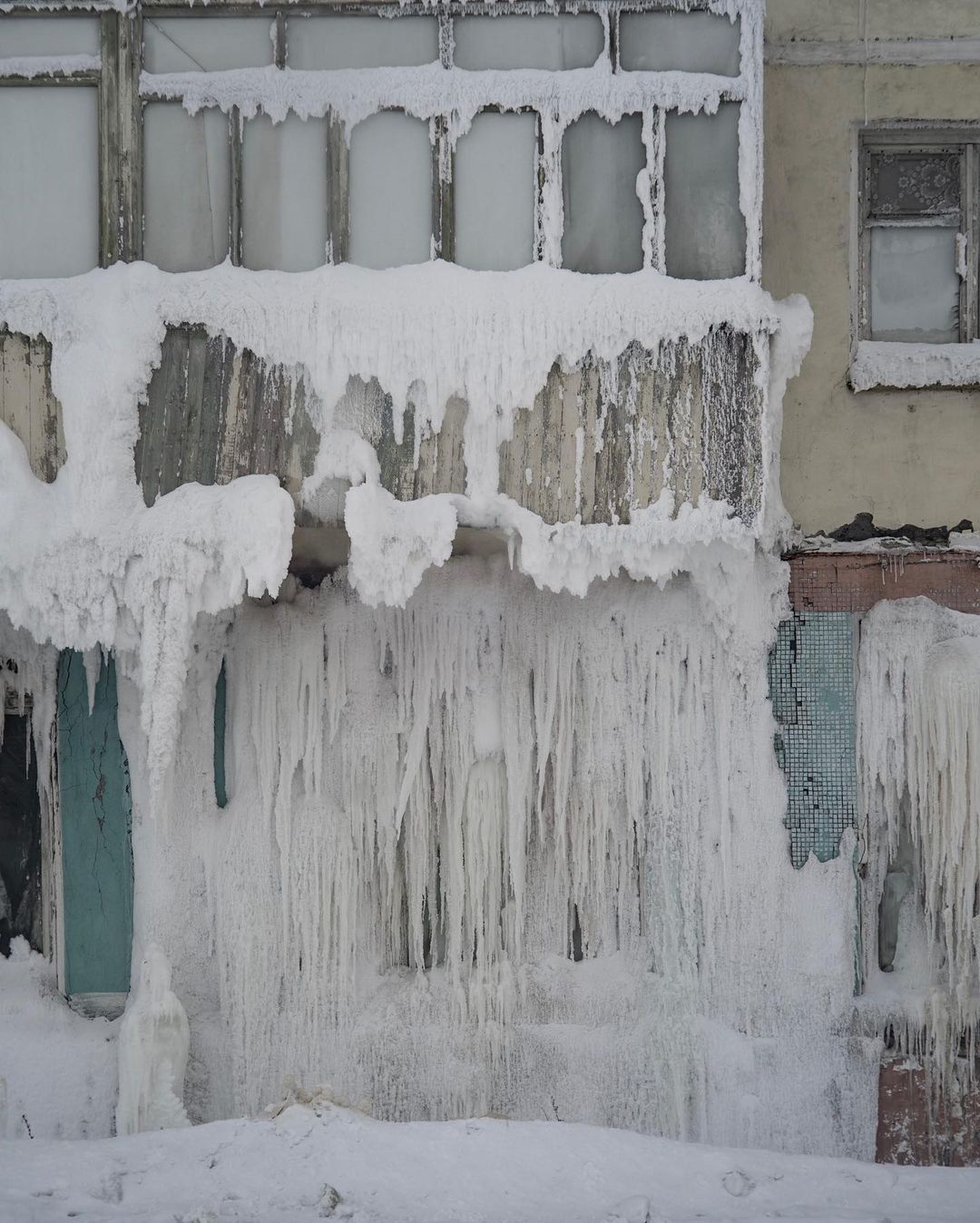 Soviet officials declared an amnesty after Stalin’s death, but the pardon did not extend to many political prisoners, leading to a massive prisoner uprising in Vorkuta, which the authorities brutally crushed. Since the 1990s, the town has been in industrial decline, the mines have outlived their usefulness, and residents have been leaving. Vorkuta is technically the fourth most populous settlement north of the Arctic Circle (after Murmansk, Norilsk, and Norway’s Tromsø), but this is likely based on numbers that are no longer accurate. According to unofficial counts, there are now no more than 50,000 people left in Vorkuta. Today, it’s one of Russia’s fastest dying cities. 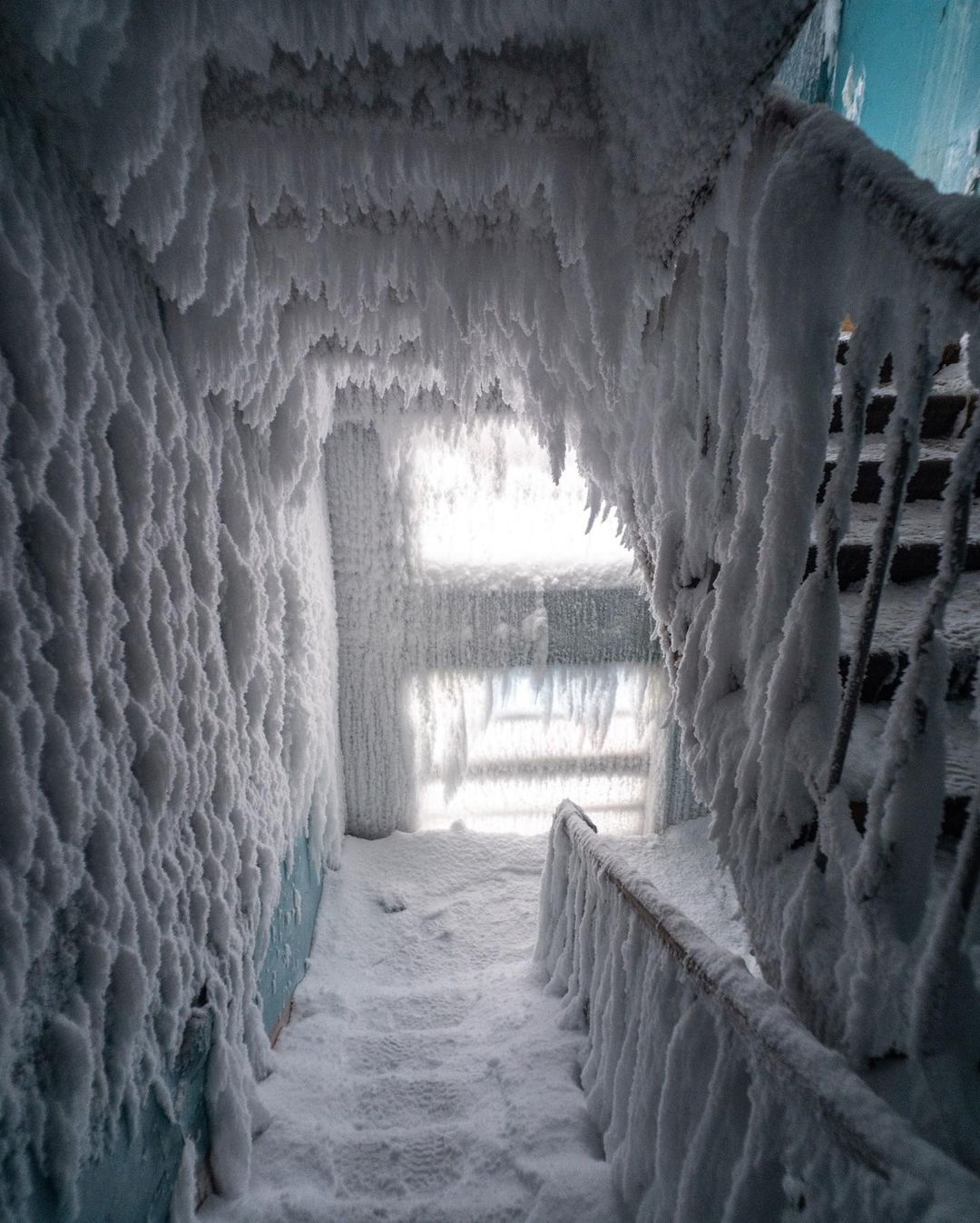 These amazing photos were taken by Arseniy Kotov, a photographer specializing in photos of towns in the former Eastern Bloc.

“In this house in the settlement of Severny, there is only one inhabited apartment left, but the whole house is still heated. In many apartments this winter from severe frosts burst pipes and the building inside and outside was overgrown with icicles and snow,” he writes. 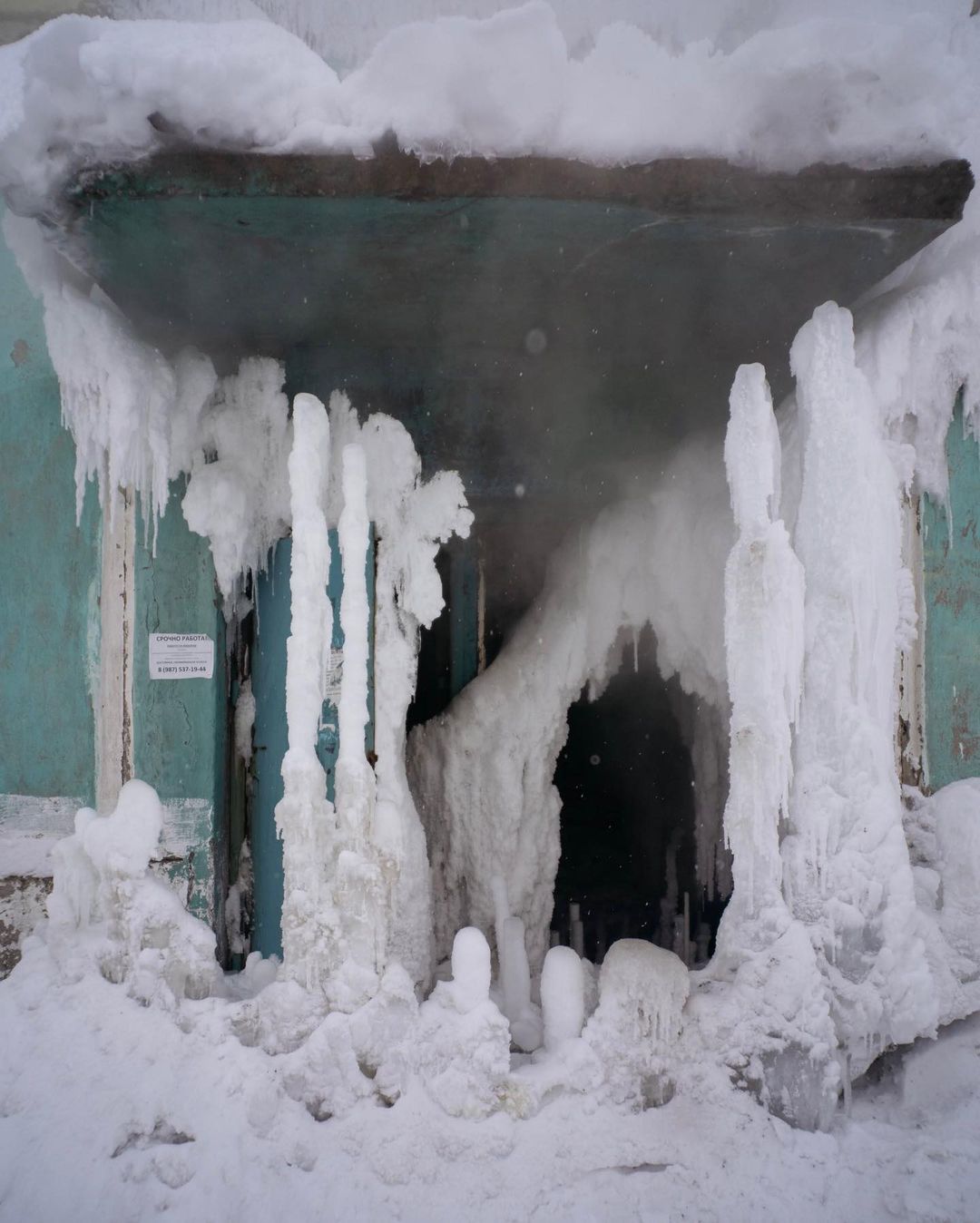 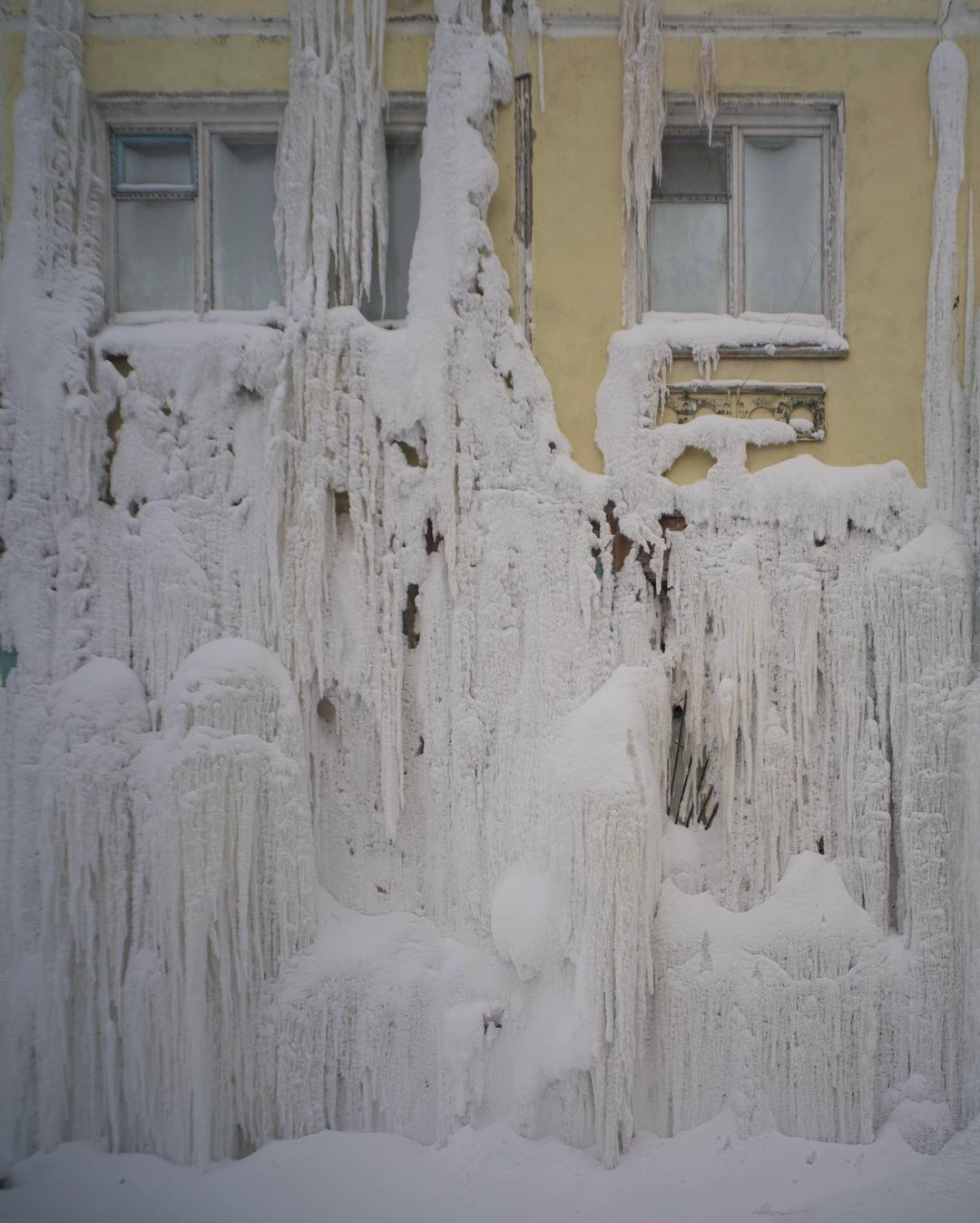 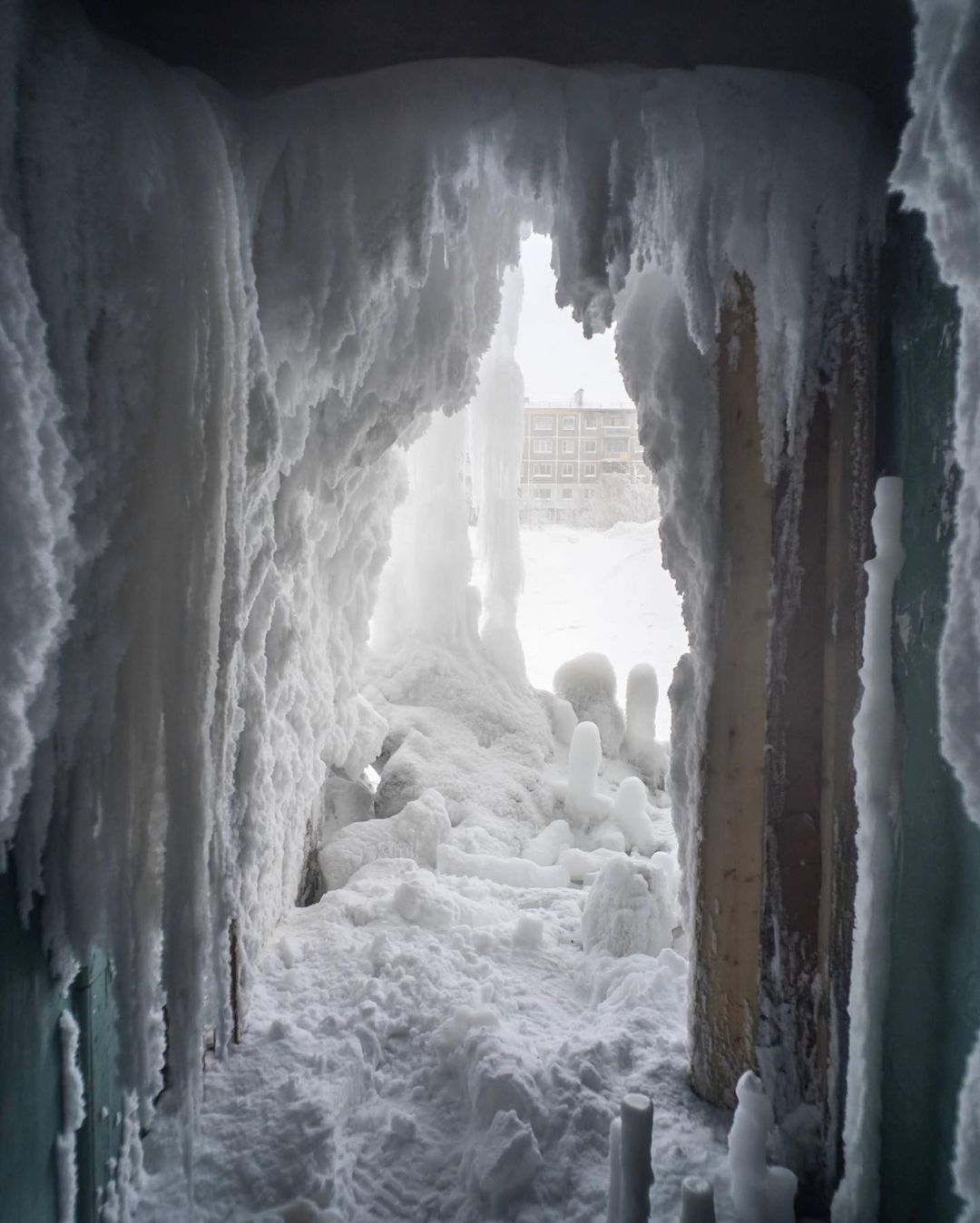 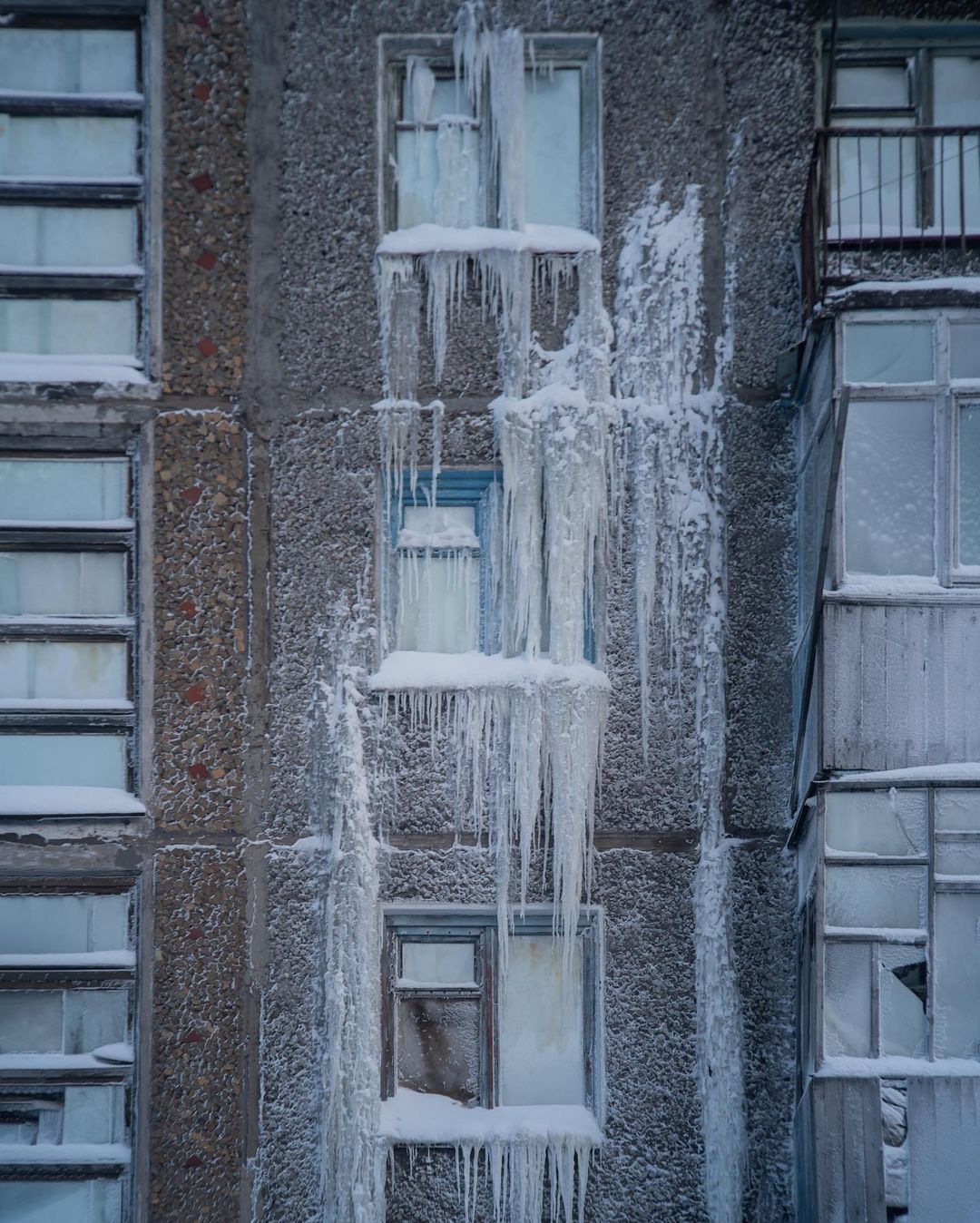 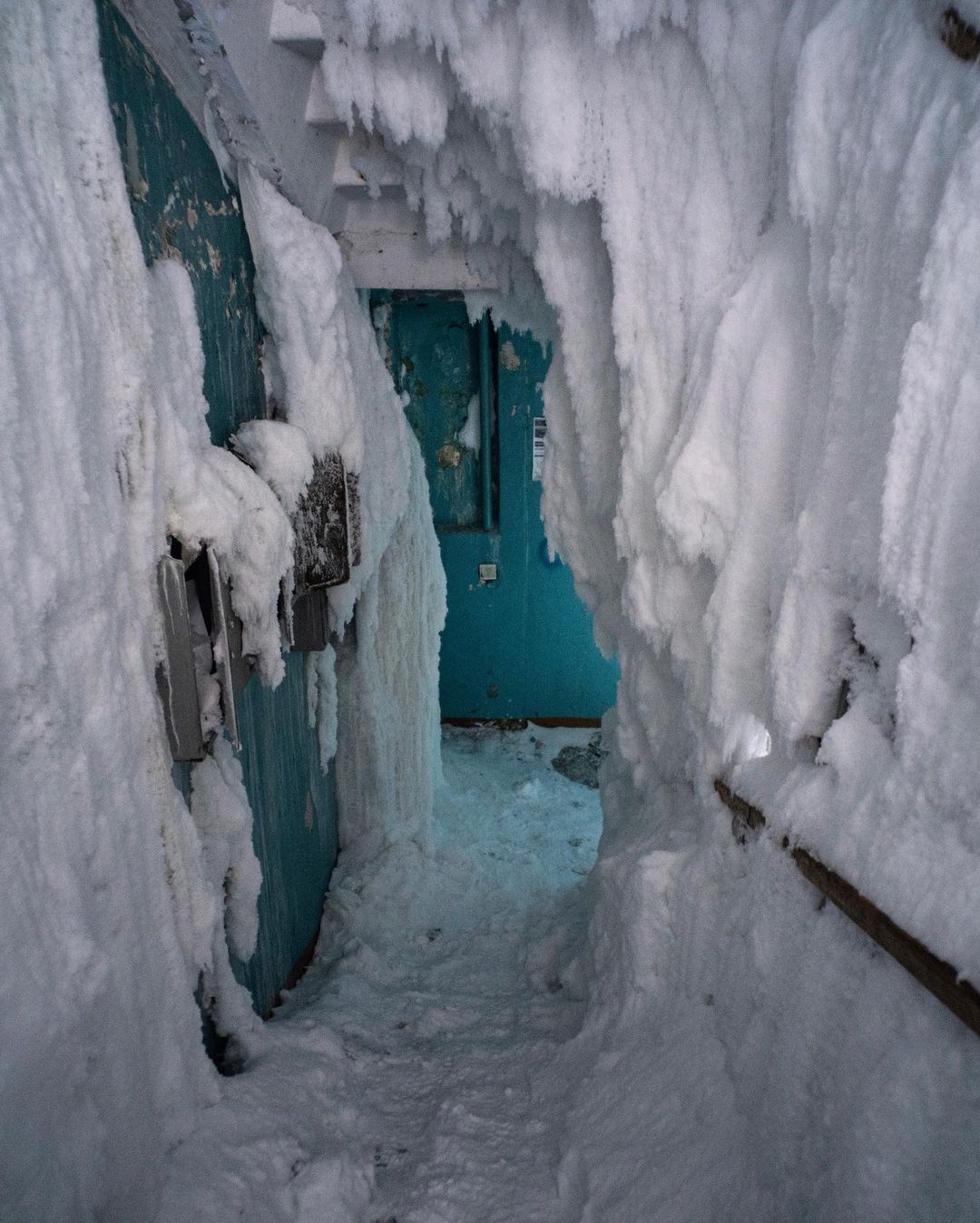 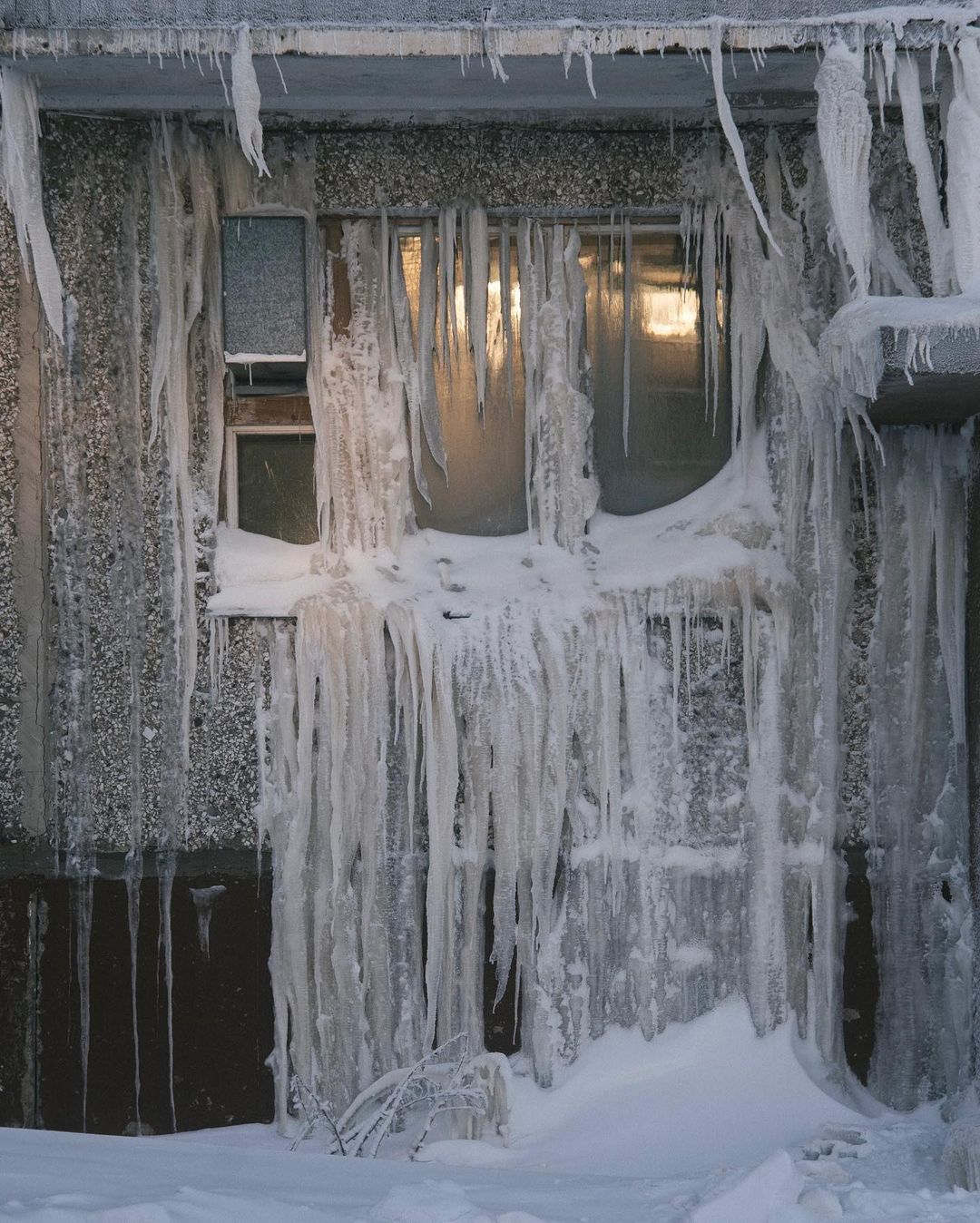 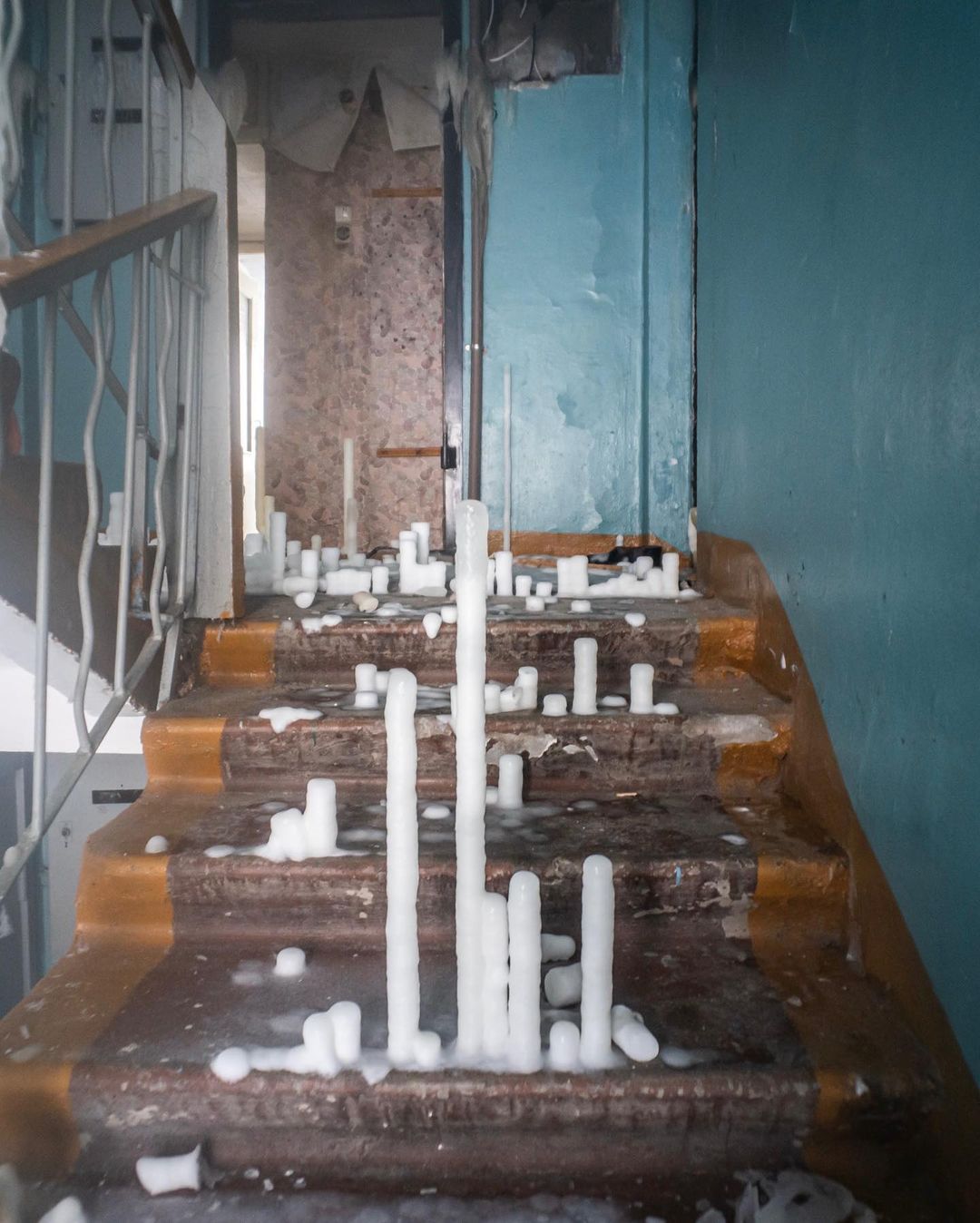 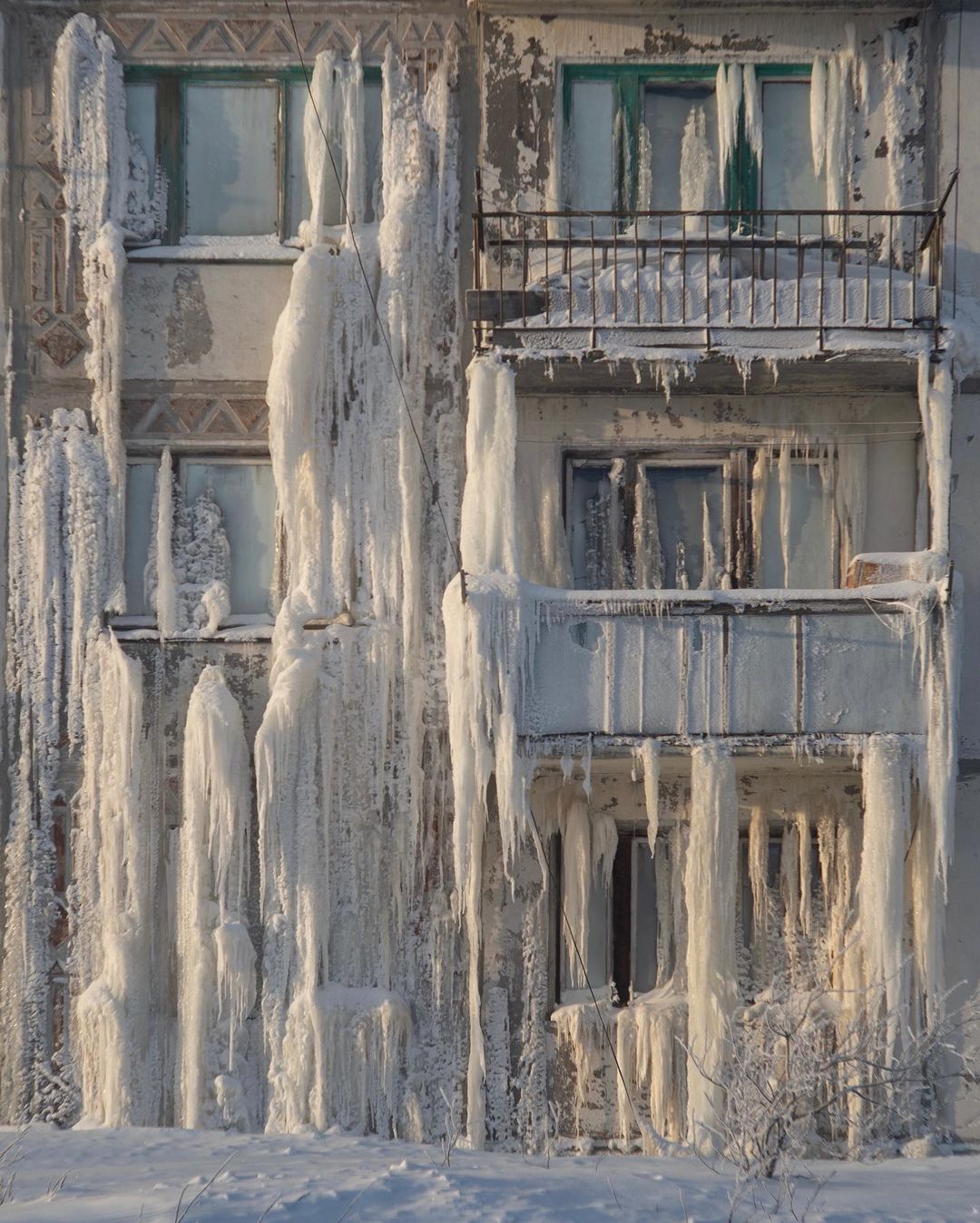 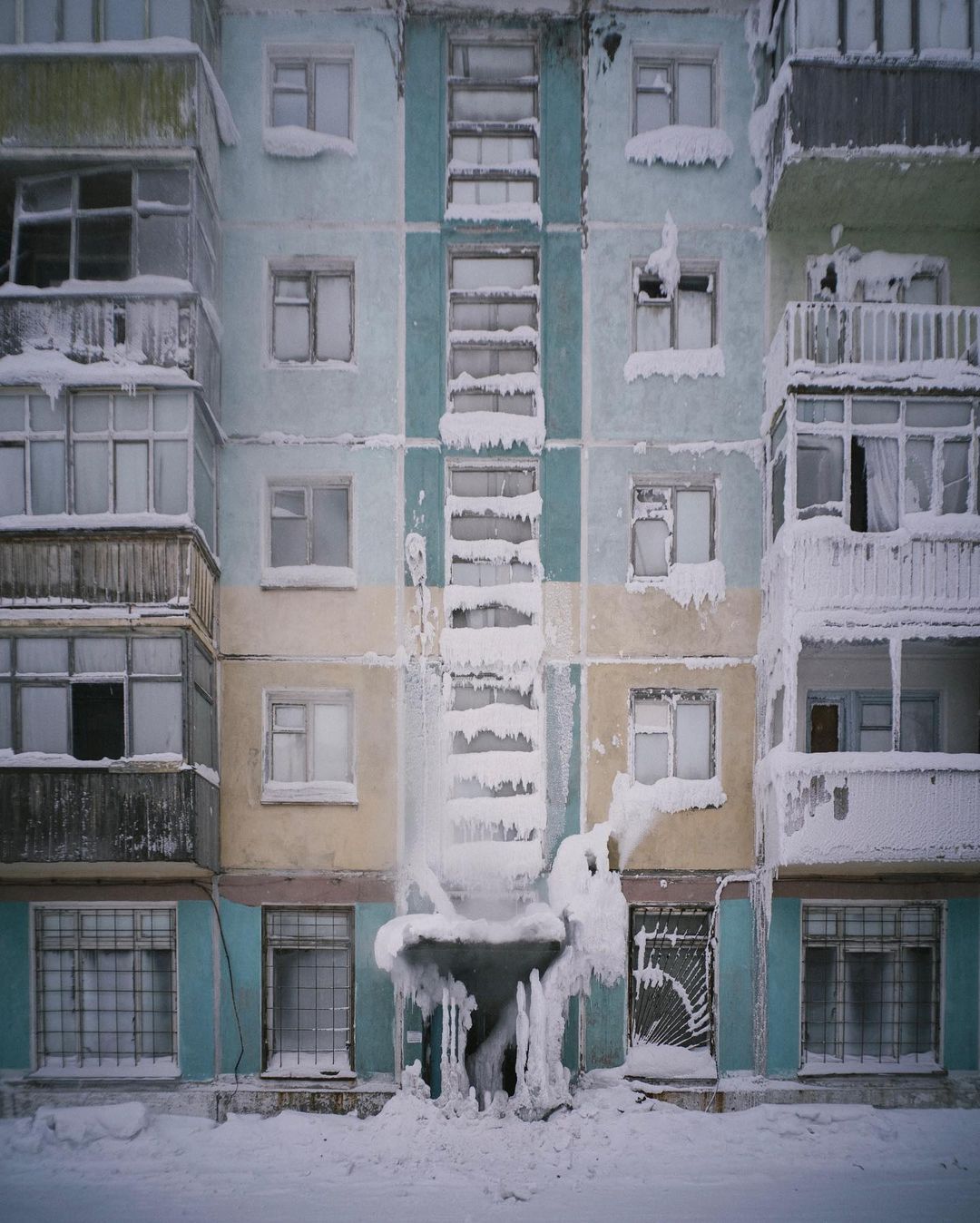 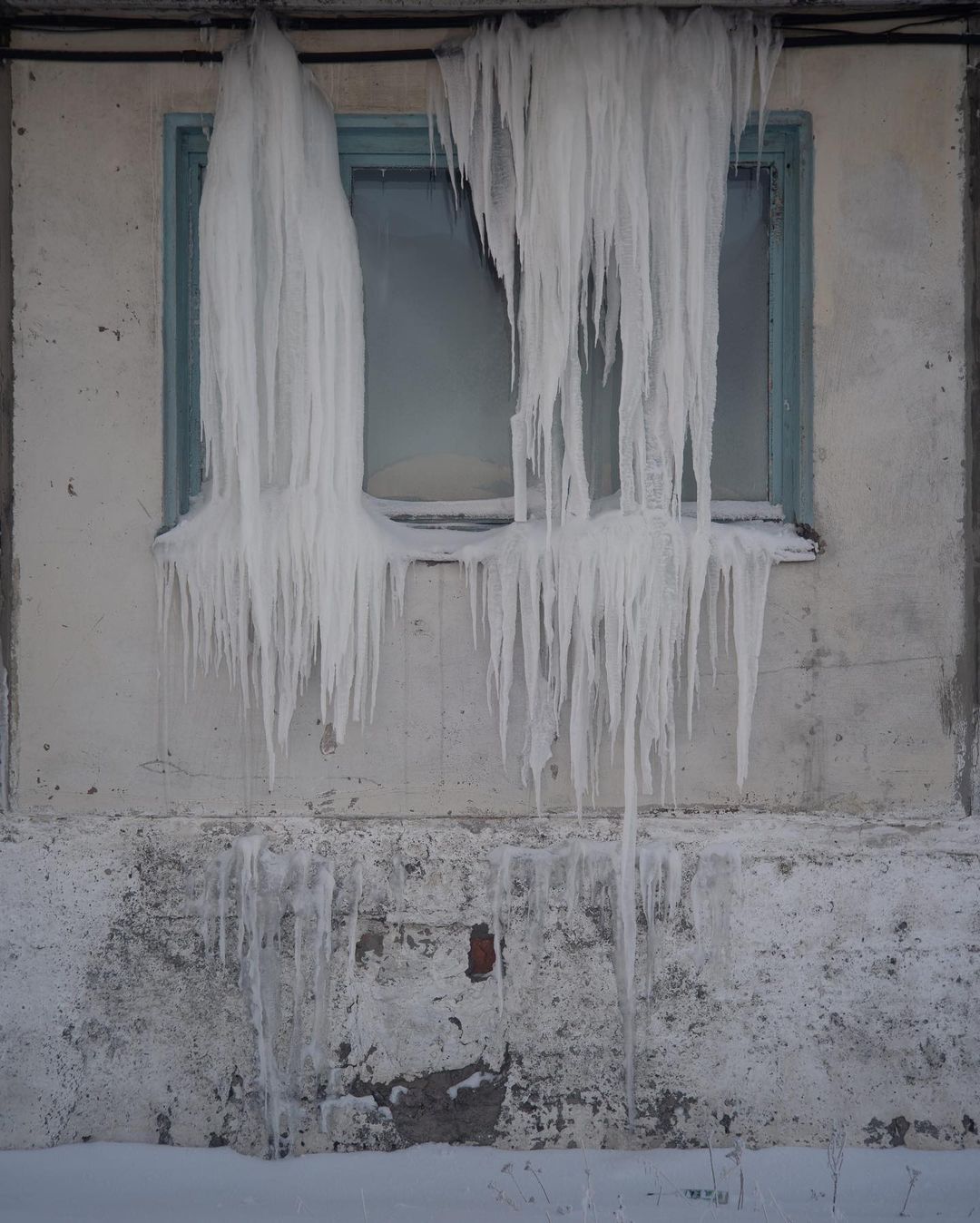 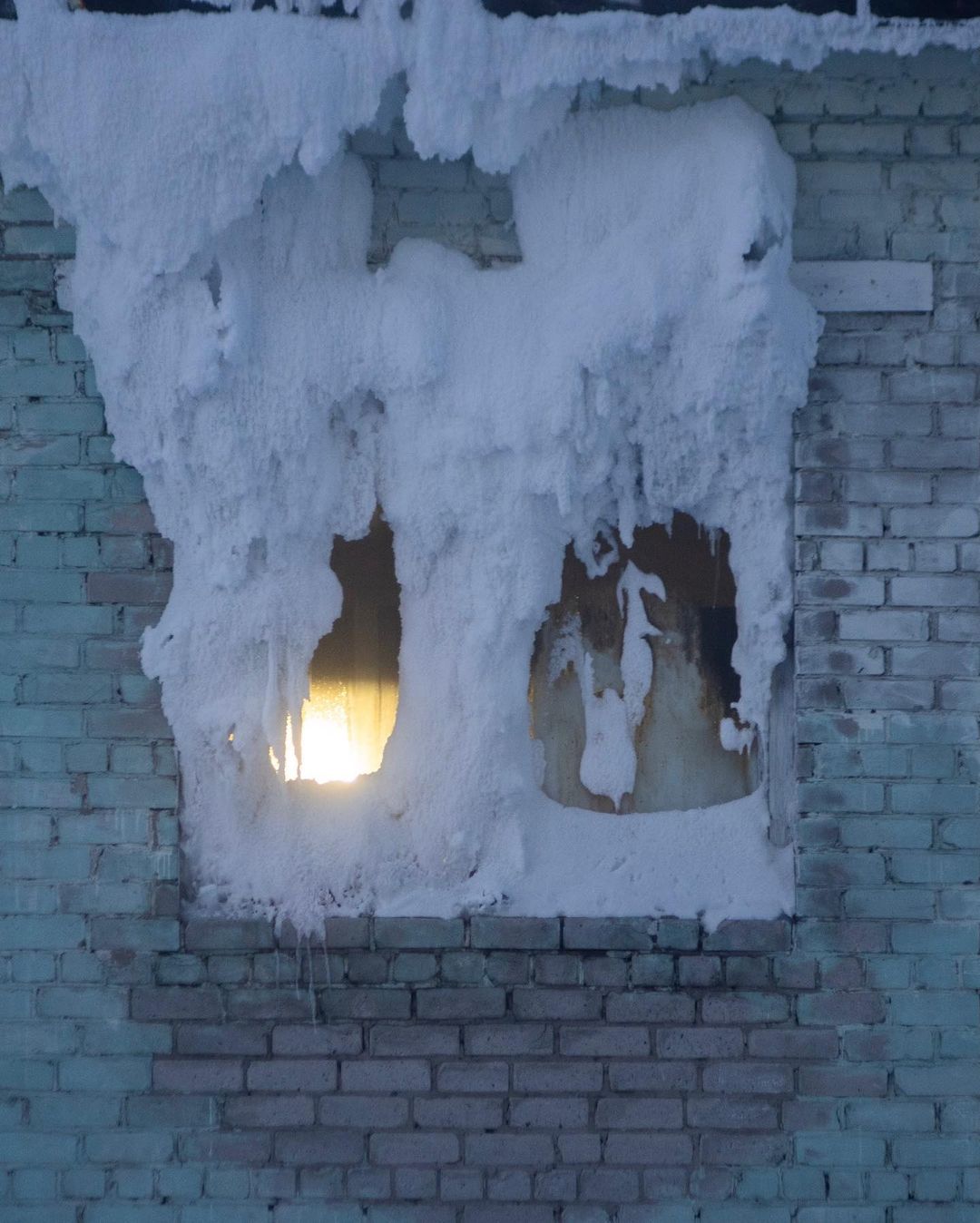 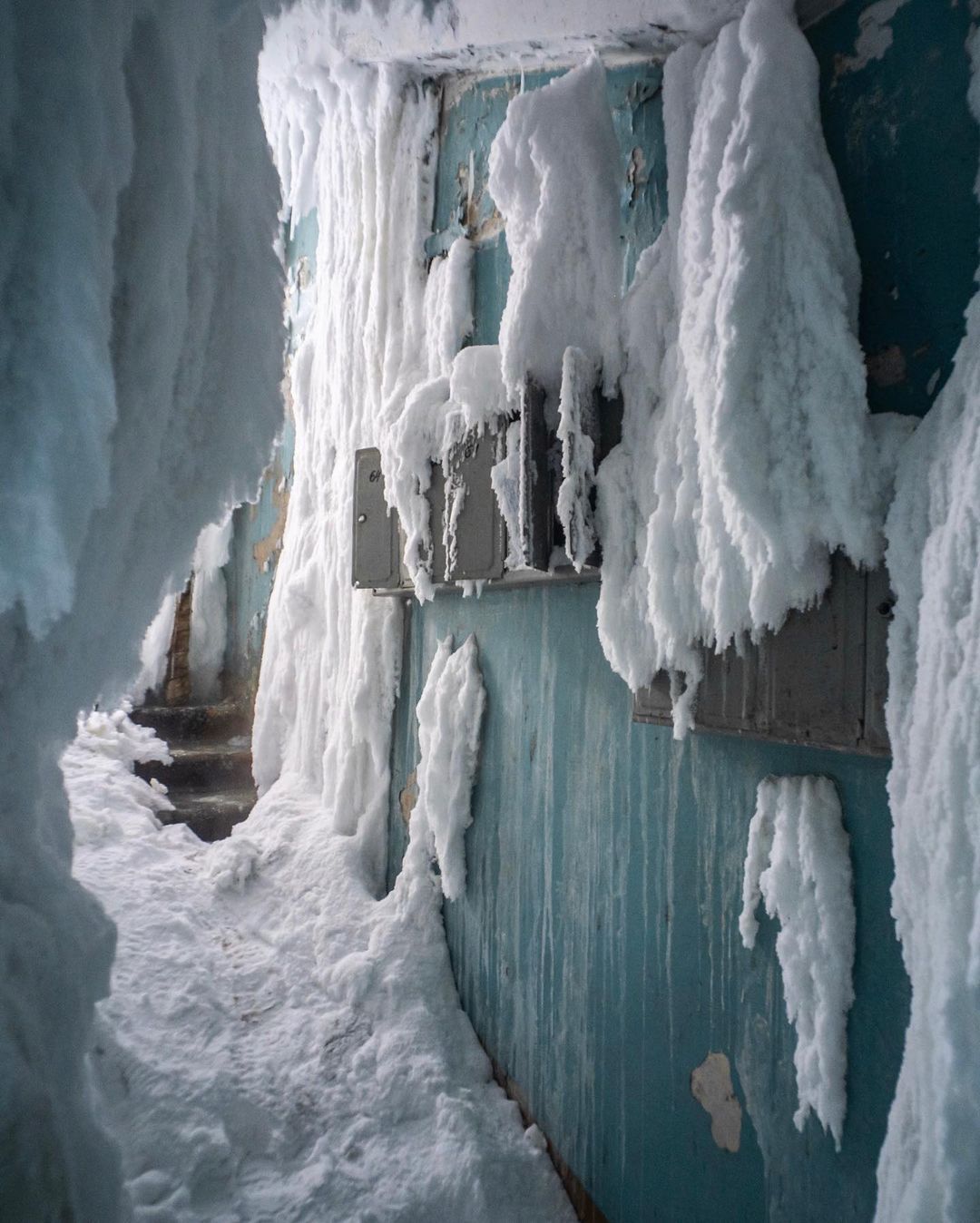 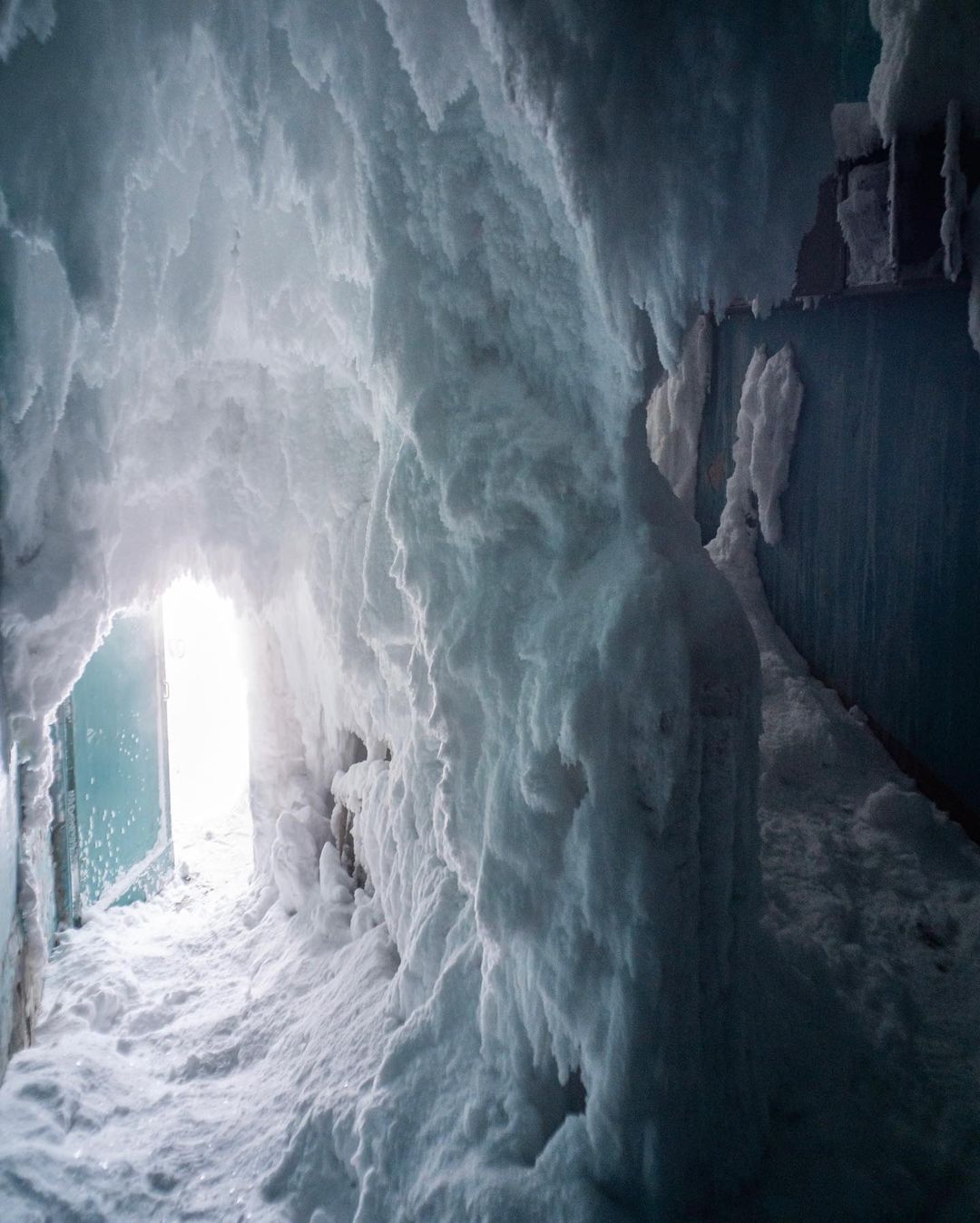 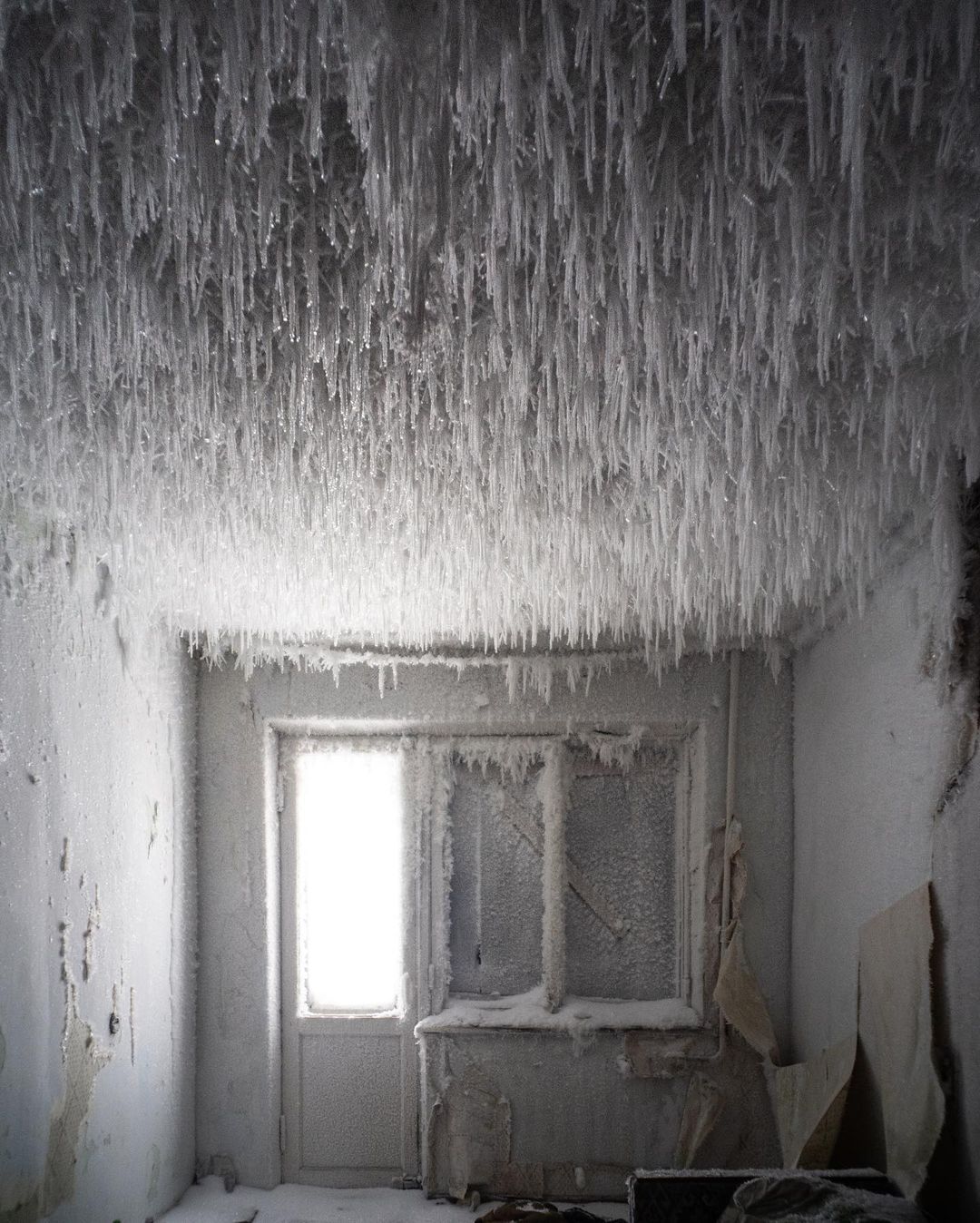 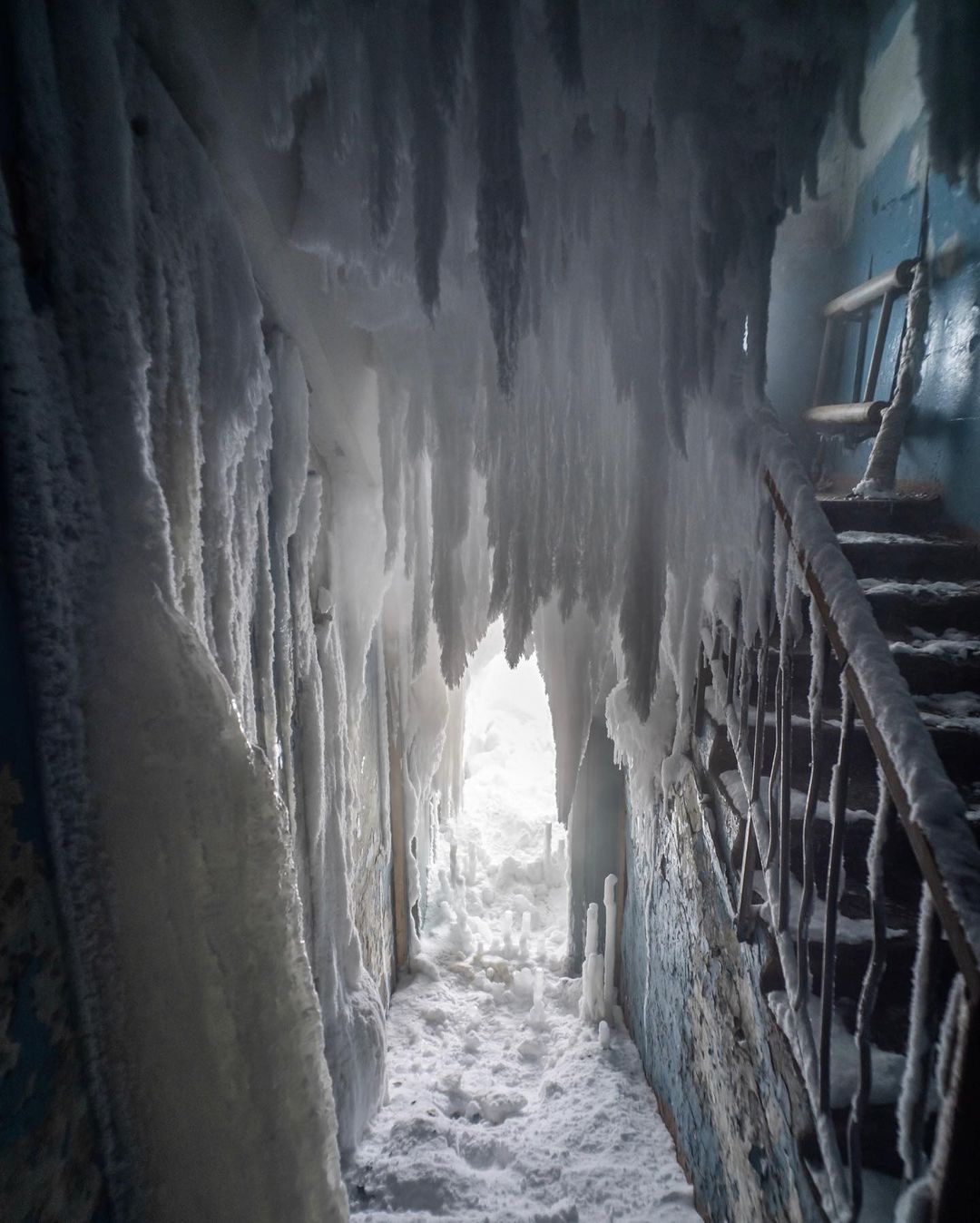 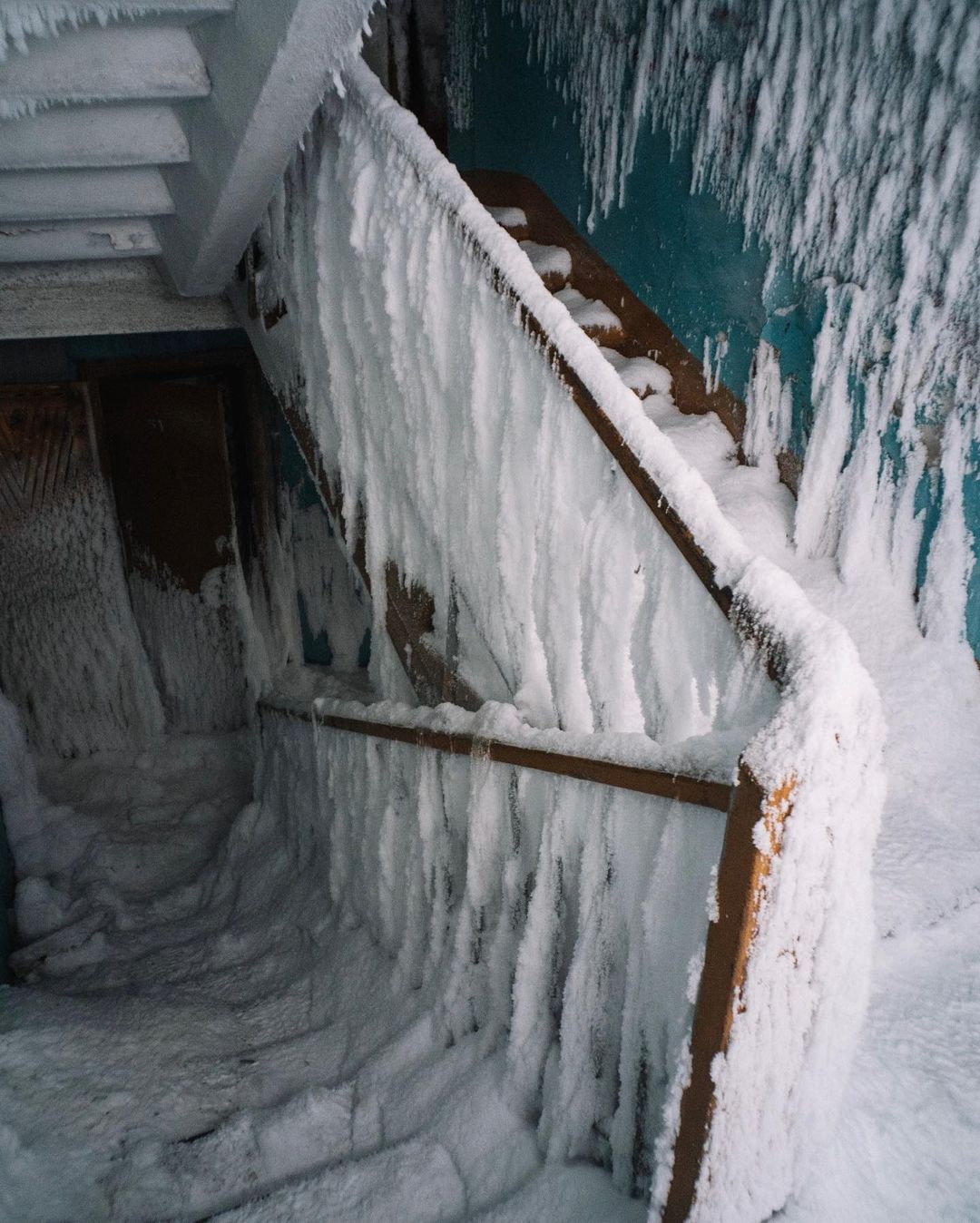 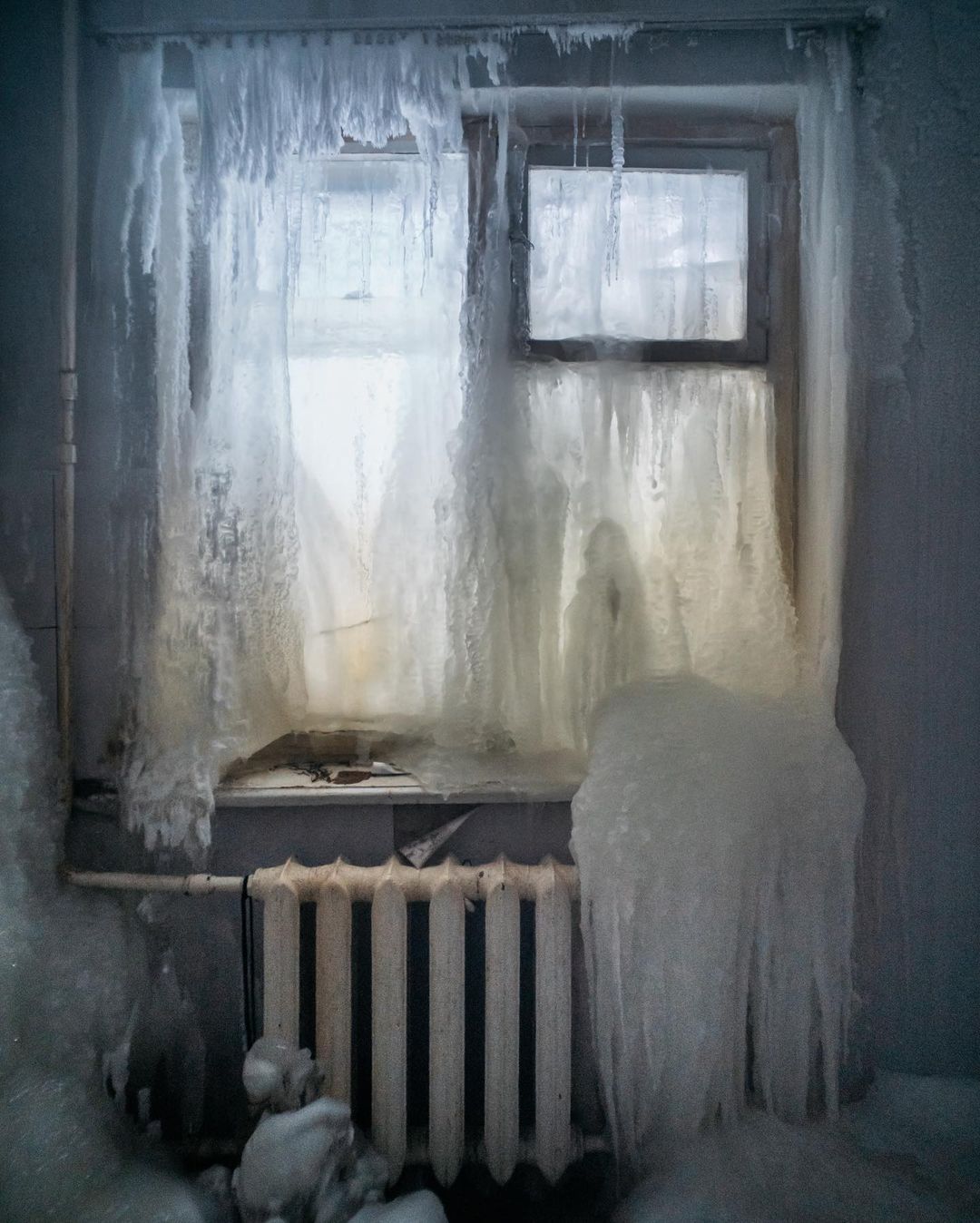