The Art of Self-Expression on a Steel Pot: Vintage Photos Showing Graffiti on Soldiers’ Helmets During the Vietnam War 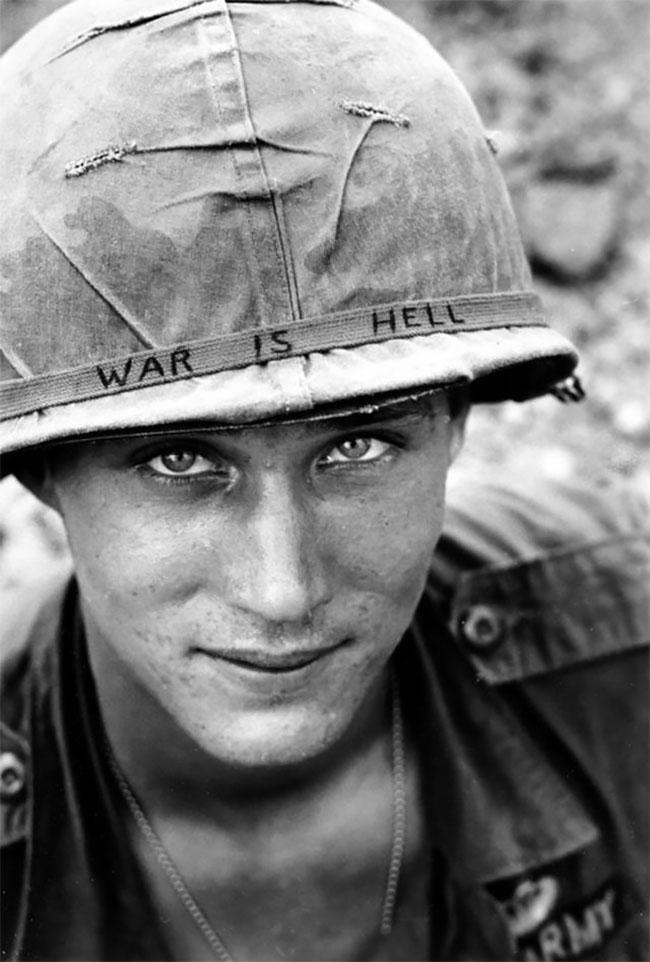 A lot of the soldiers wrote graffiti on their helmets with inscriptions of their attitudes about where they were and why they were there.

The military called it the M- I helmet, the troops called it a “steel pot”. The damn thing felt like it weighed half a ton when you first put it on your newly shaved head in basic training or boot camp. It’s a sure bet that not long after the U.S. military introduced the steel pot (with its fiber glass shell liner) in 1941, some GI or Marine scribbled “Kilroy war here” or some other oddball or iron, saying on his helmet. Until the Vietnam War, though. what you most commonly saw on helmets were rank insignia and unit designations. 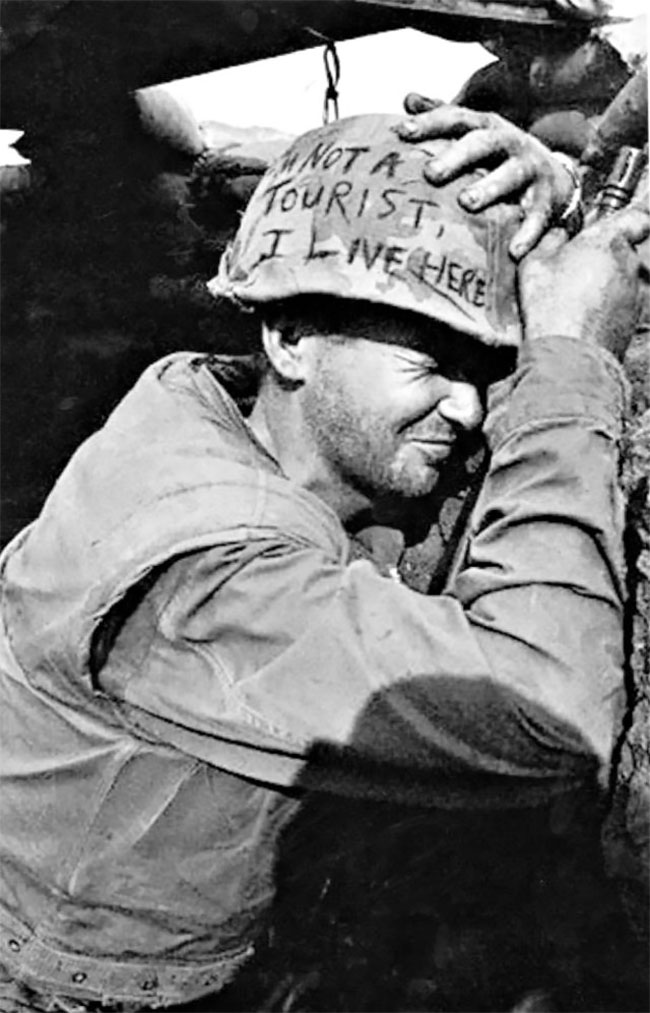 As is the case with so many other thing, the conflict in Vietnam put its own unique stamp on the things the soldiers wrote on their helmets. All manner of iconoclastic stuff found its way onto our steel pots. By far, the most popular were a girlfriend’s name, a city and state back home, peace signs and short-timer calendars. As the war progressed, slogans and other graffiti were proudly displayed by the wearer. 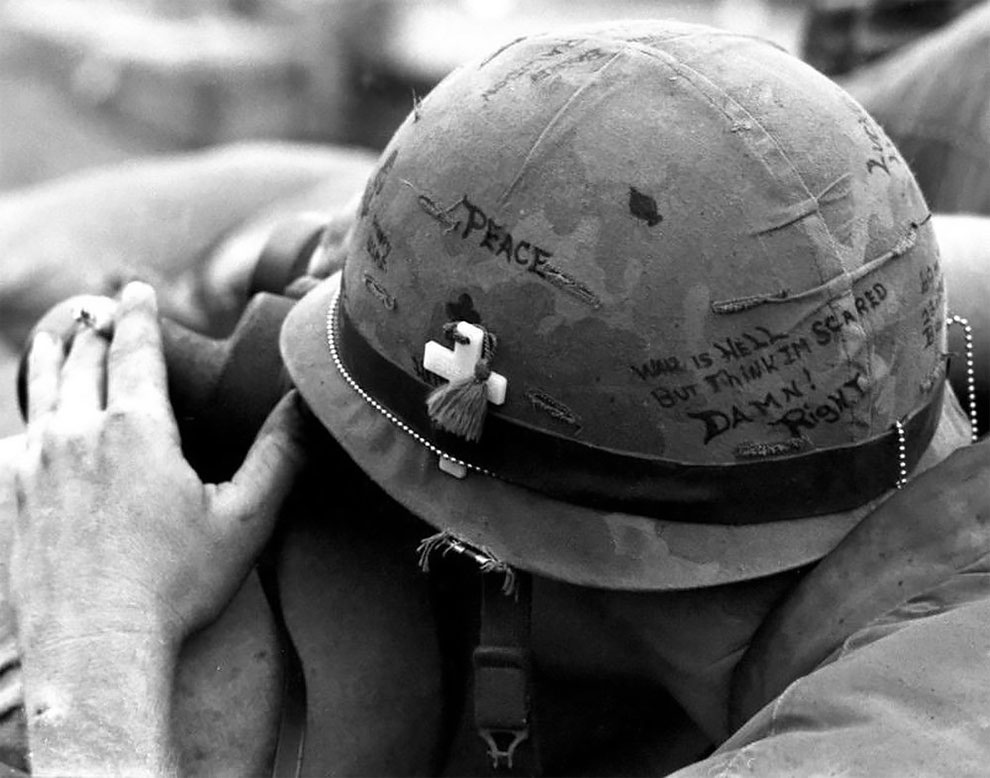 Ironically, the most reproduced helmet graffito to emerge from the Vietnam War is a fictitious one, although it is based on reality: the “Born to Kill” that Private Joker wrote on his steel pot in the movie Full Metal Jacket, which is based on former Marine Gustav Hasford’s 1979 novel The Short-Timers. 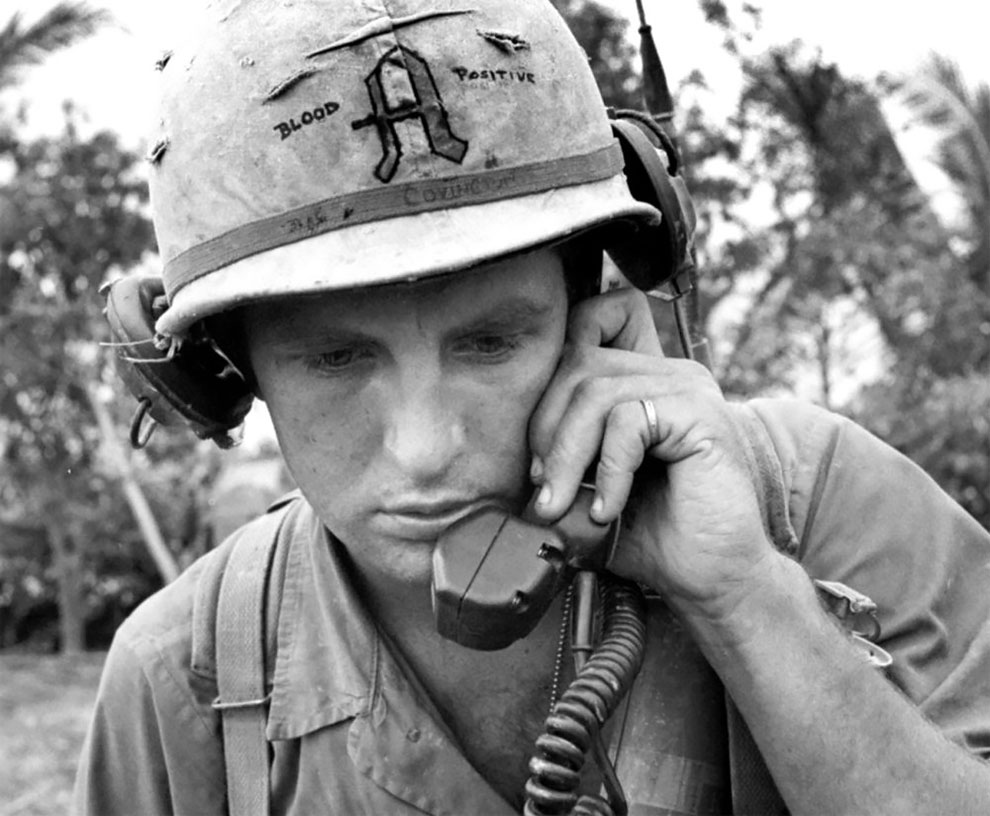 The iconoclastic Joker’s helmet message is central to the surreal “duality of man” dialogue in the movie, in which a hard-core colonel chews out Private Joker for his peace symbol button. “You write ‘Born to Kill’ on your helmet and you wear a peace button. What’s thus supposed to be, some kind of sick joker?” the colonel harrumphs. To which Joker replies: “I was trying to suggest something about the duality of man, sir, the Jungian thing, sir.” To which, the colonel replies: “Whose side are you on. son?” 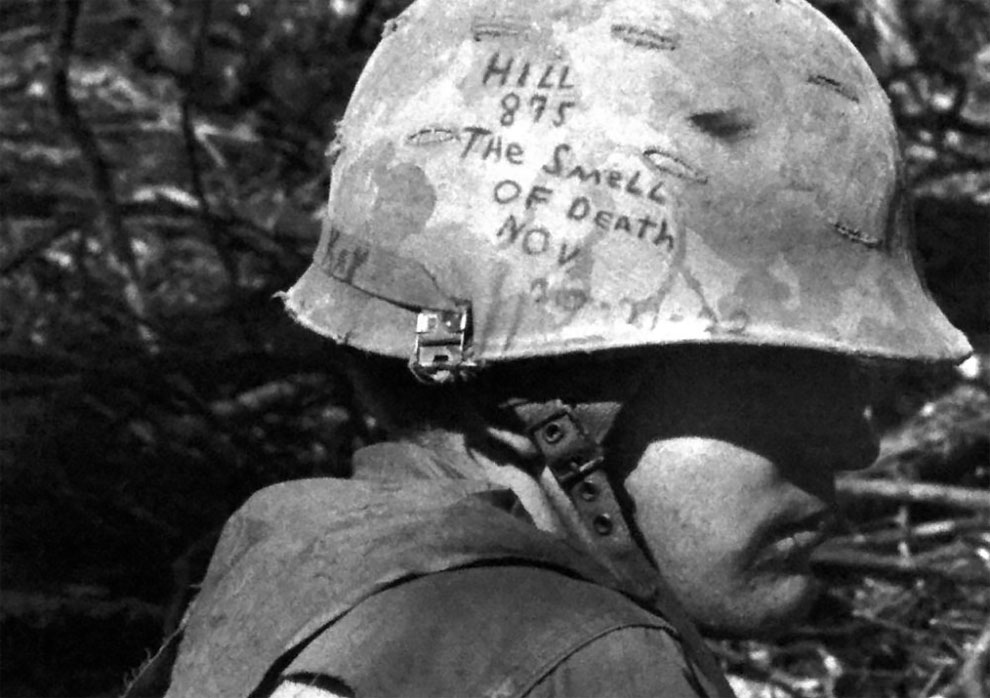 The troops in Vietnam were the children of the 1960s, and like their cohorts back home, even in a war zone they found a way to express themselves. 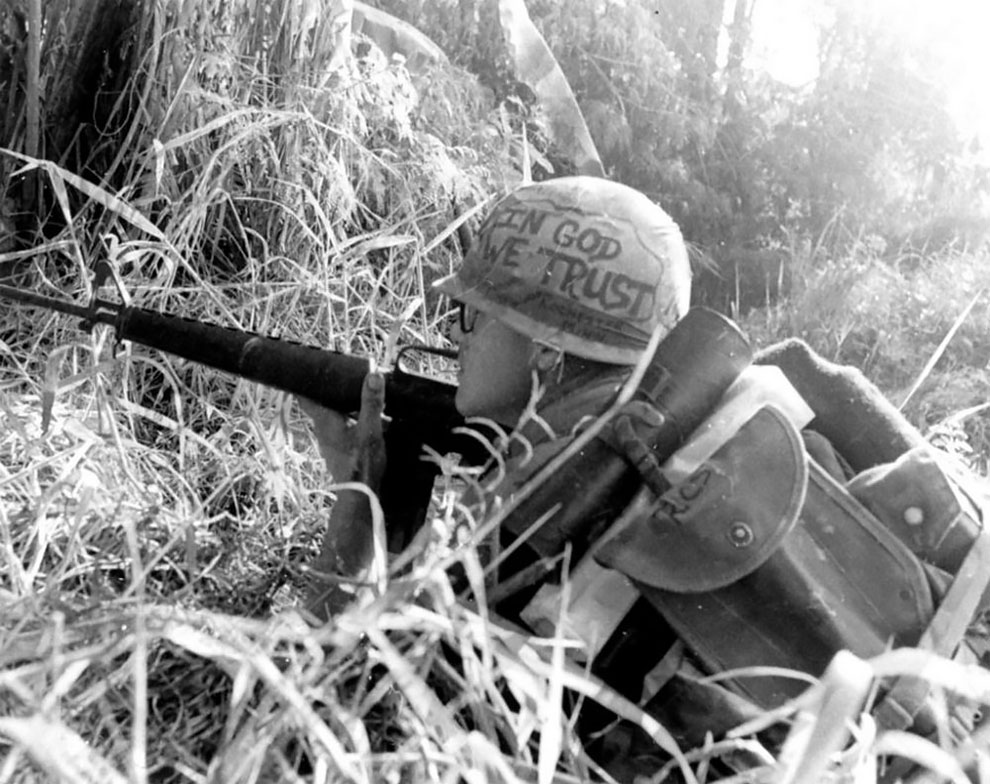 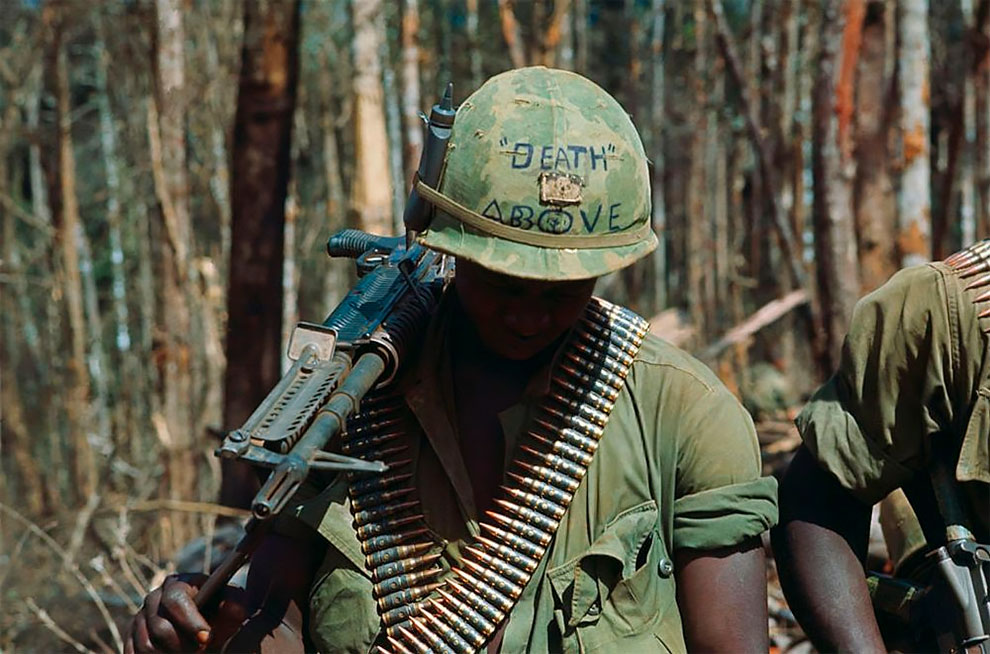 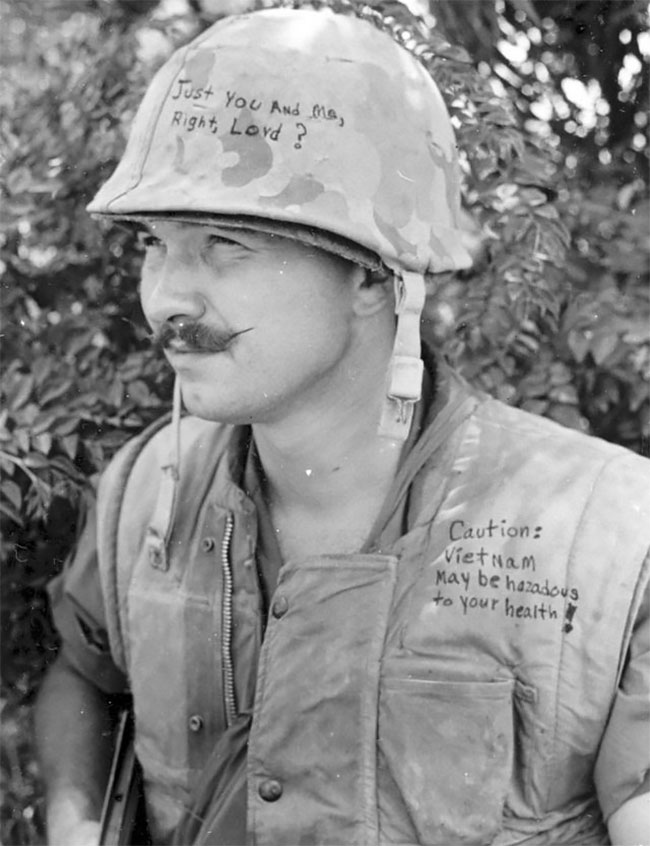 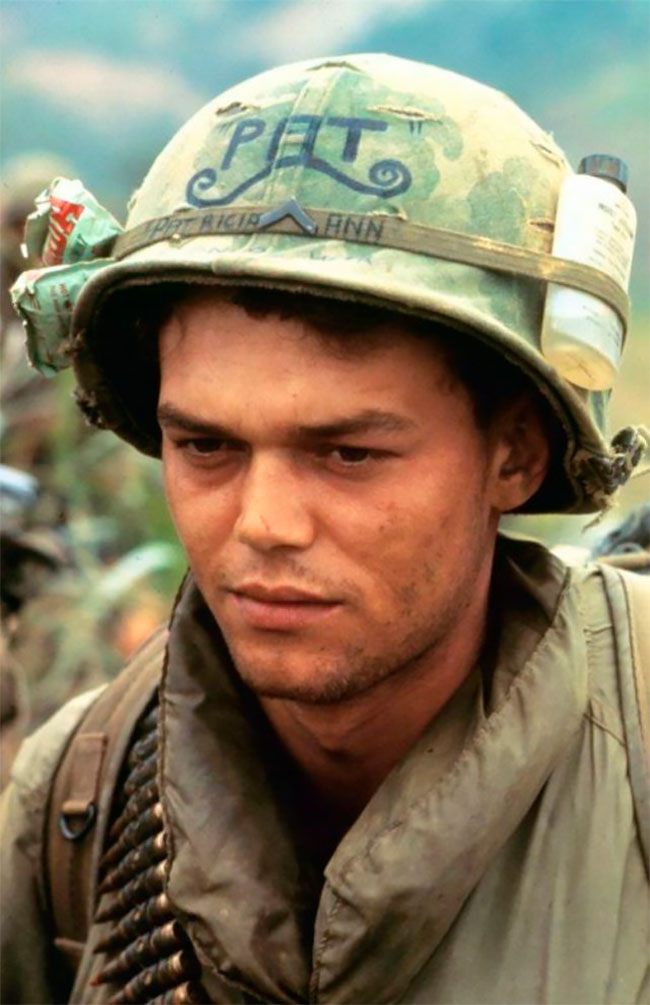 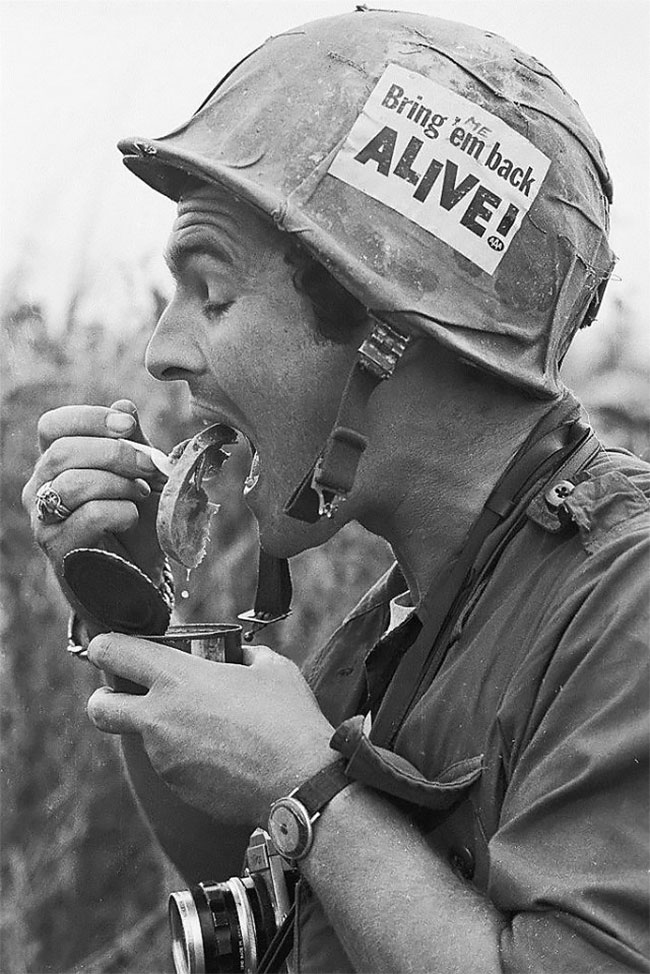 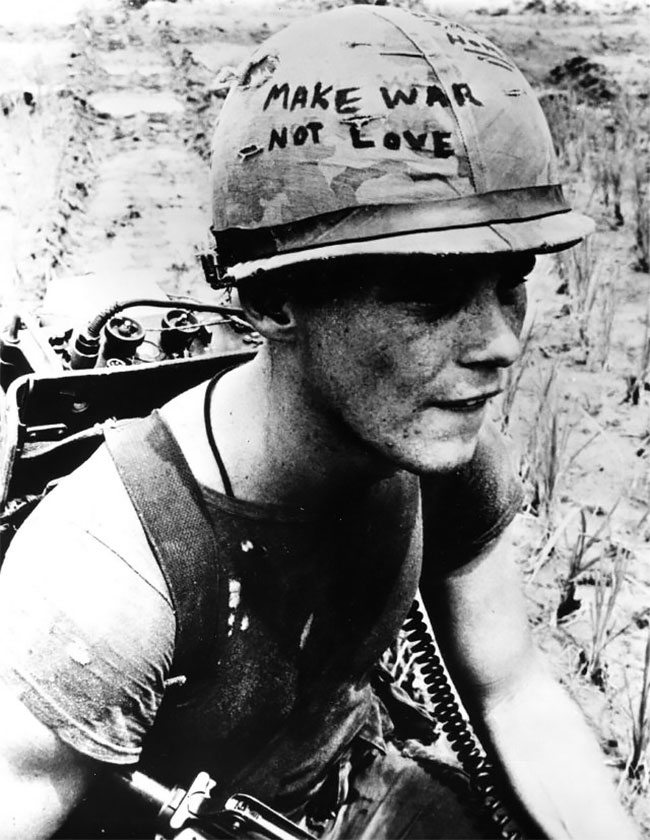 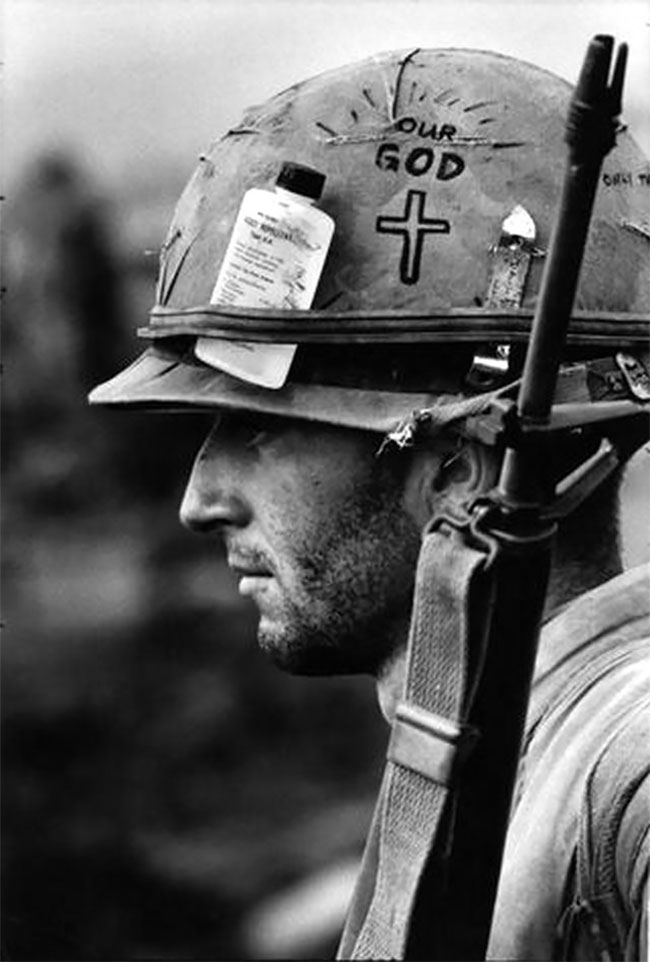 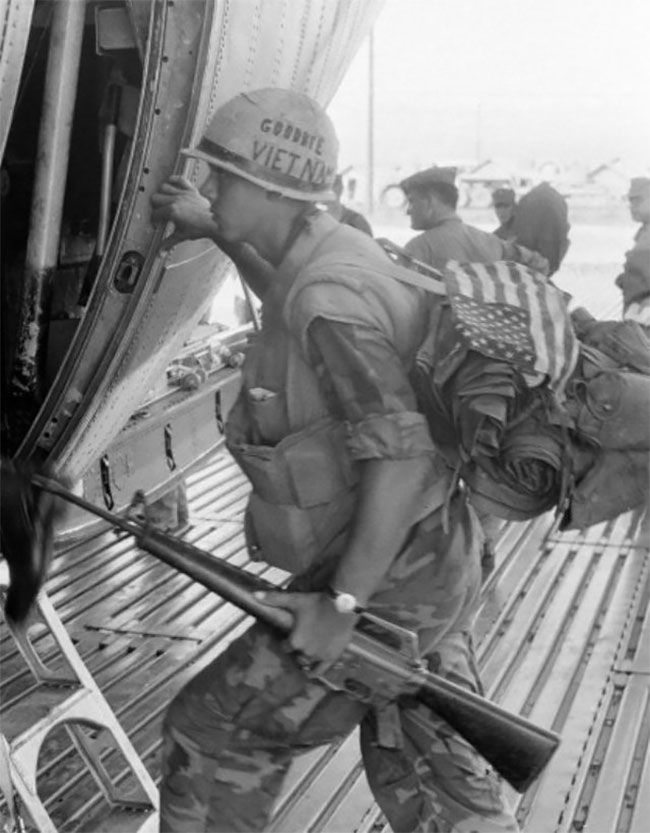 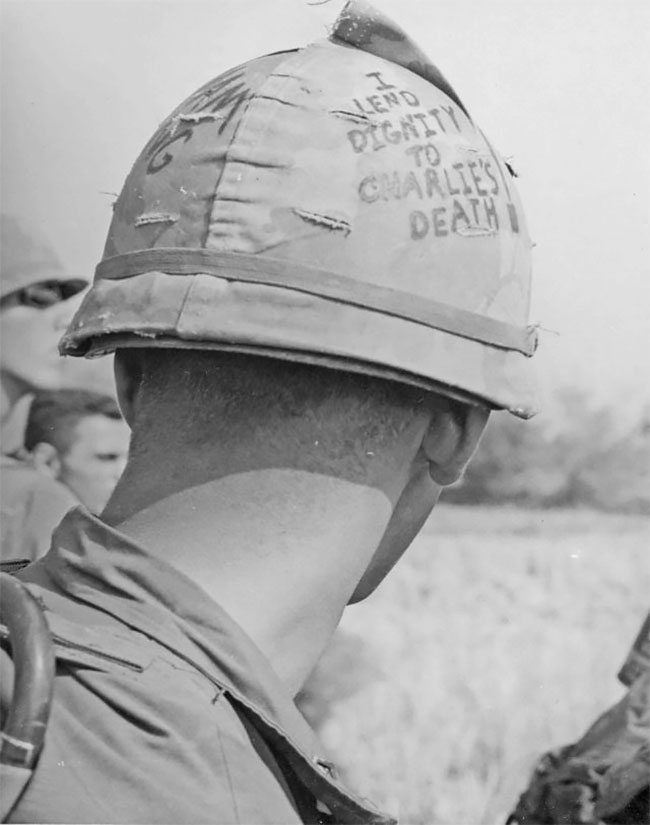 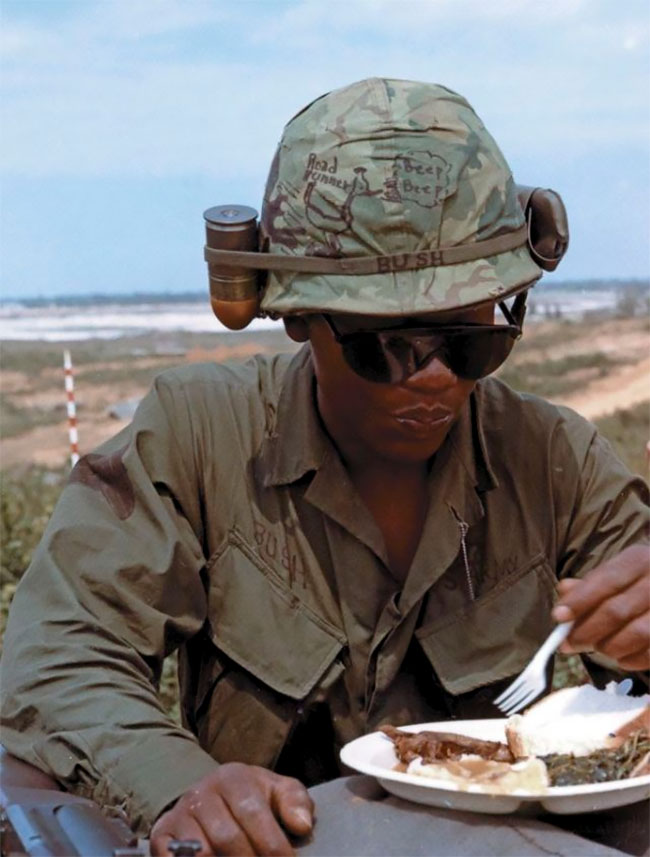 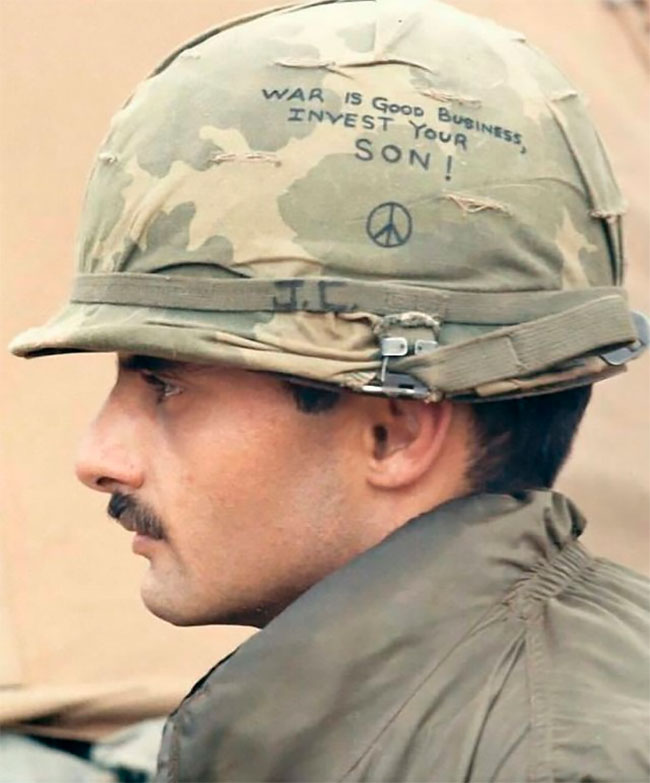 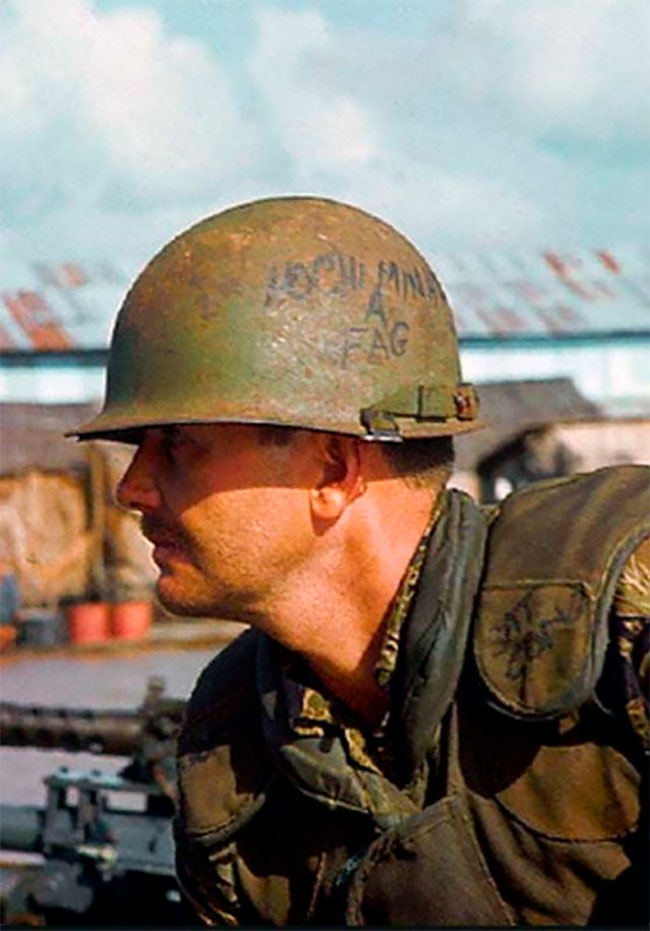 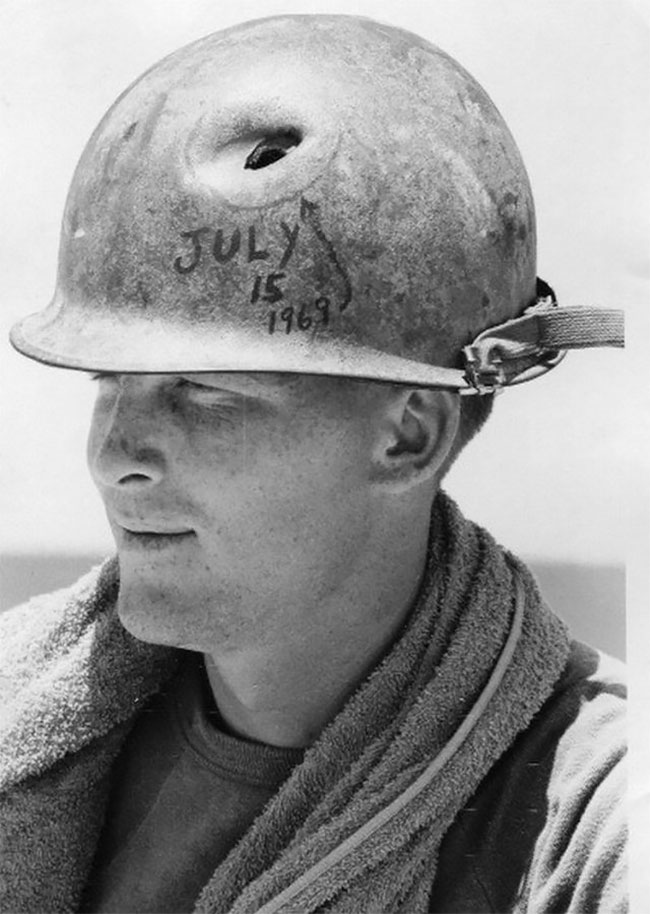 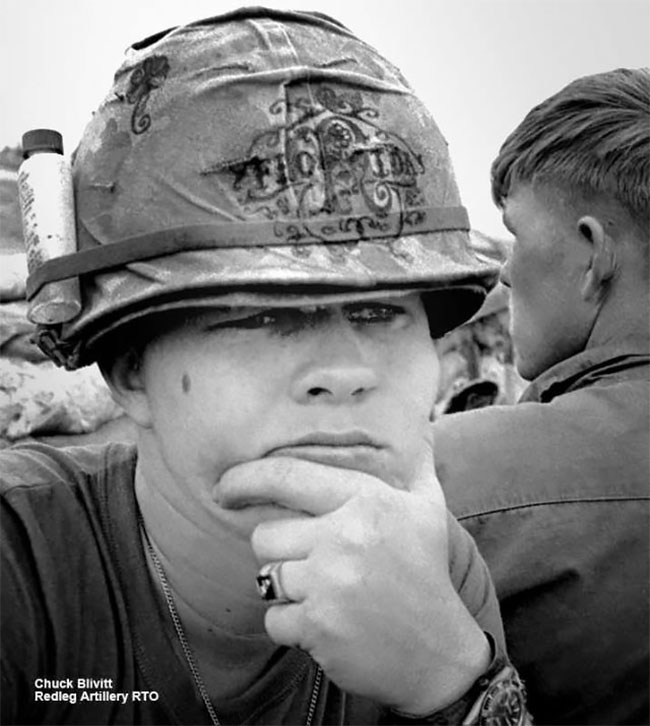 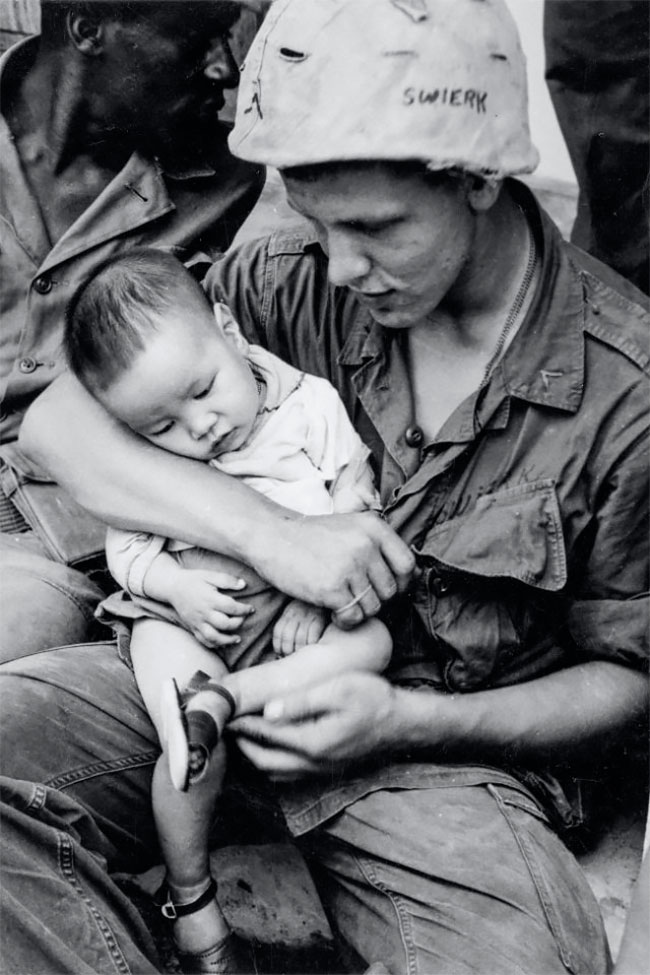 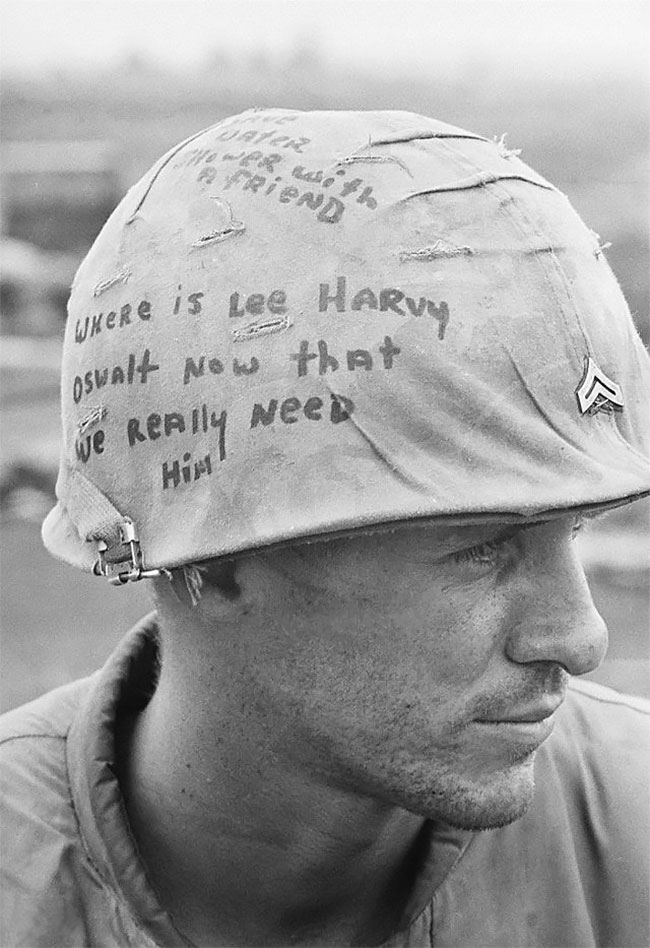 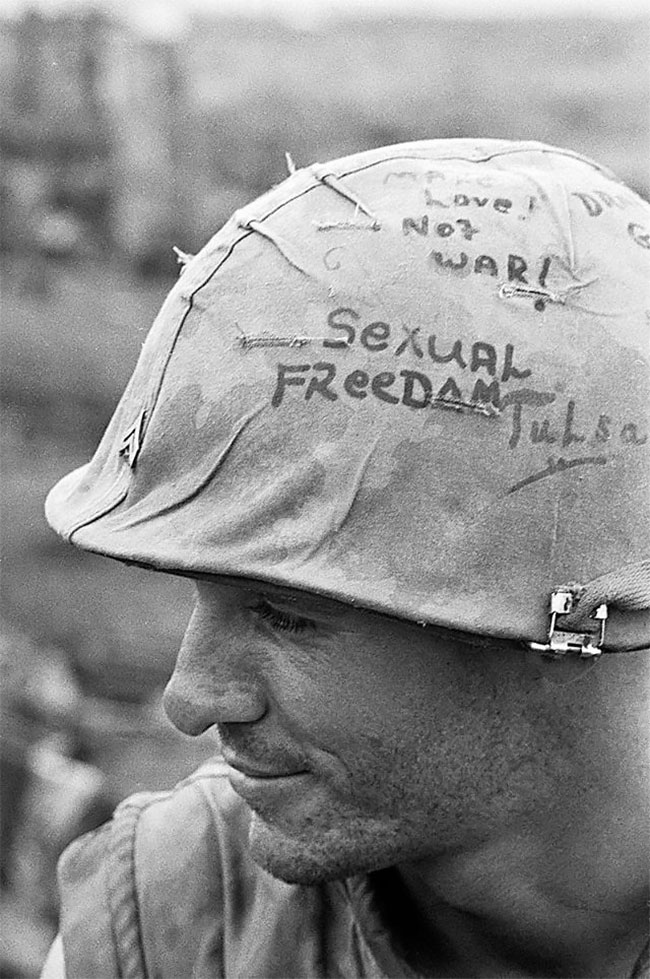 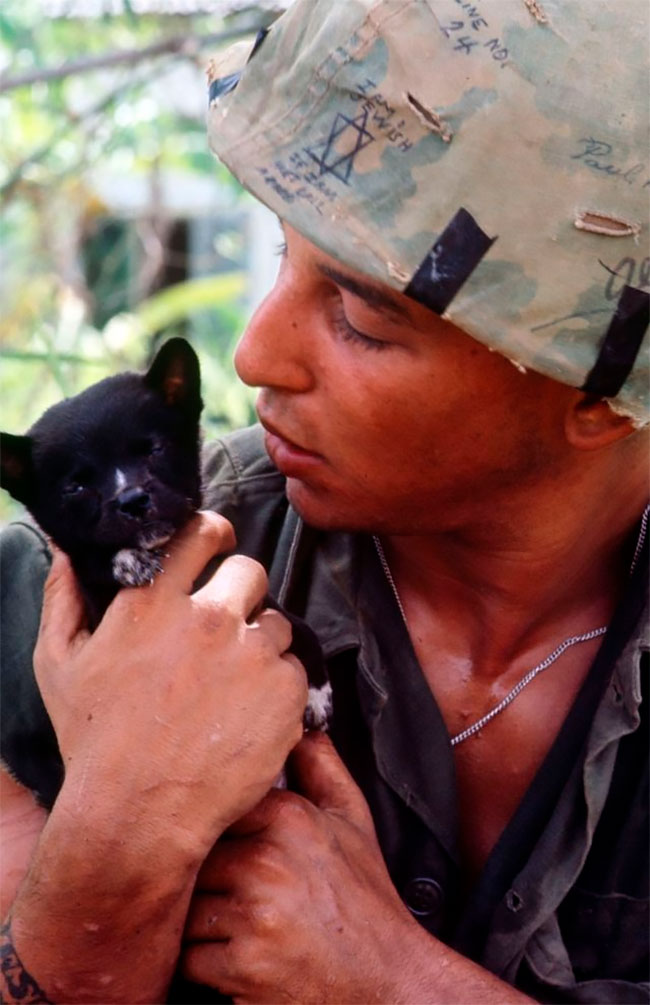 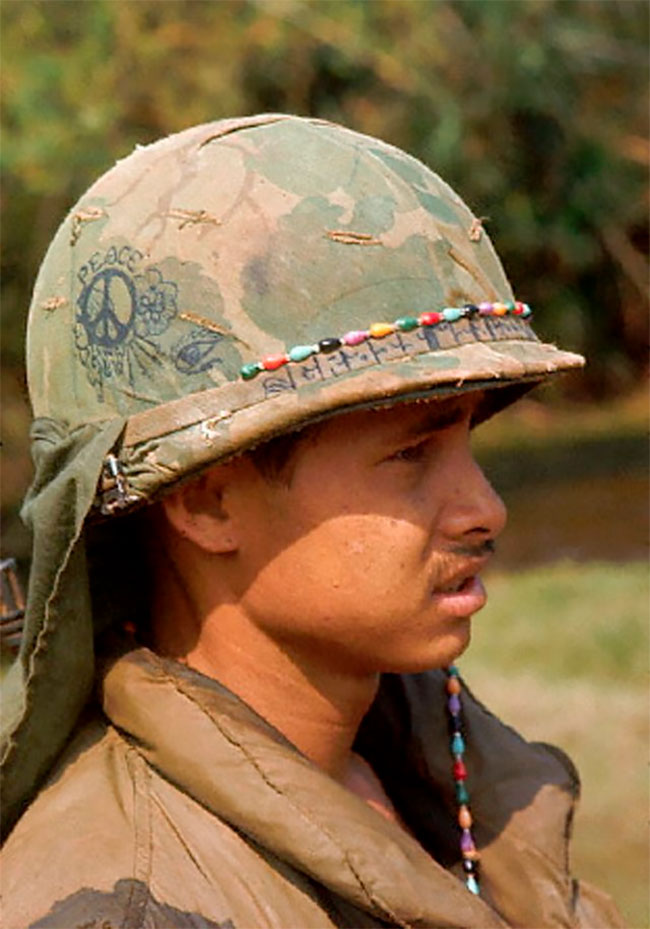 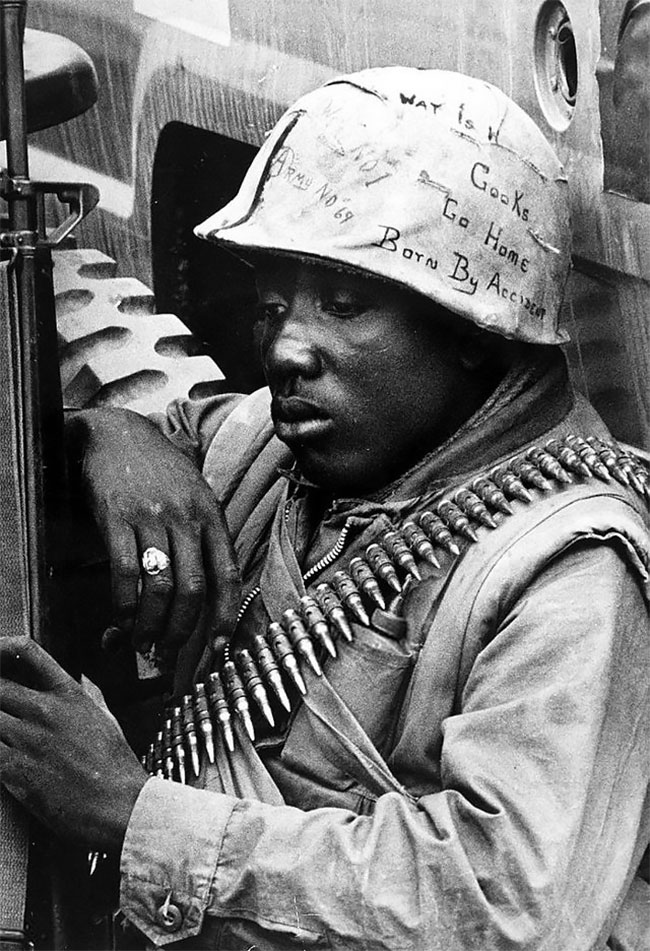 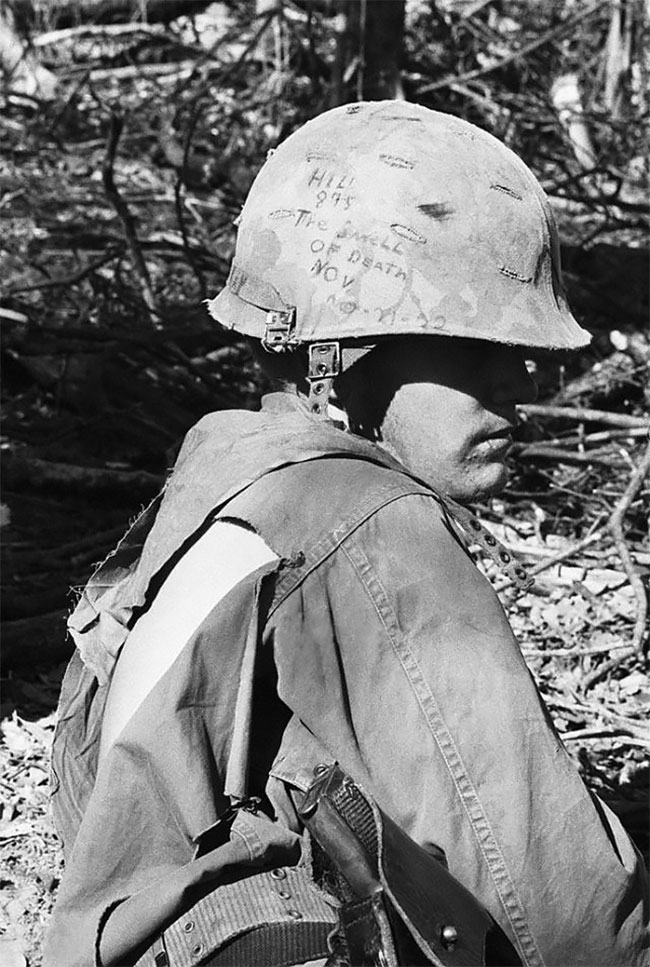 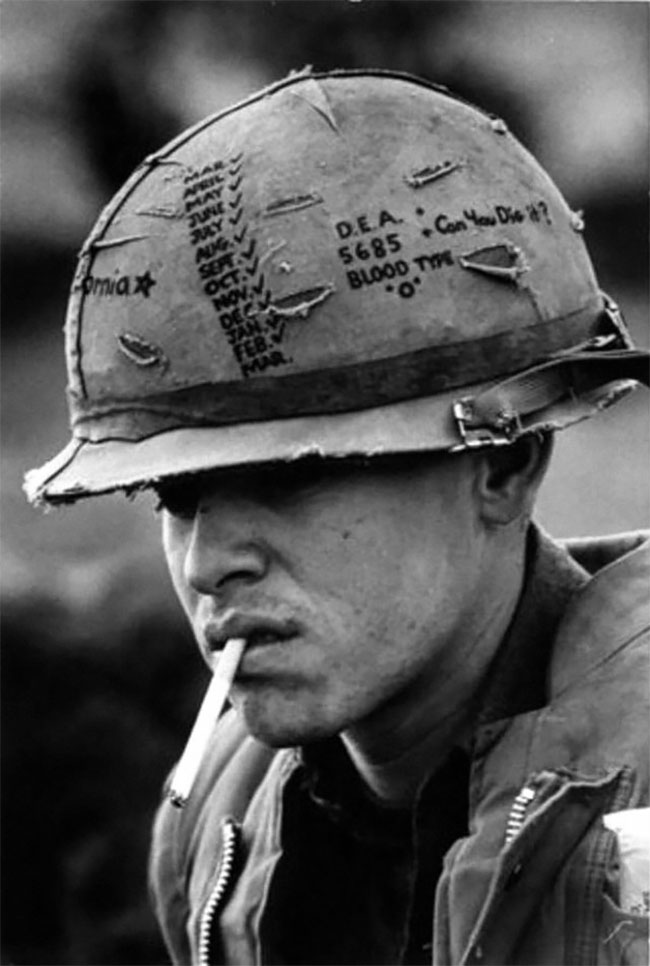 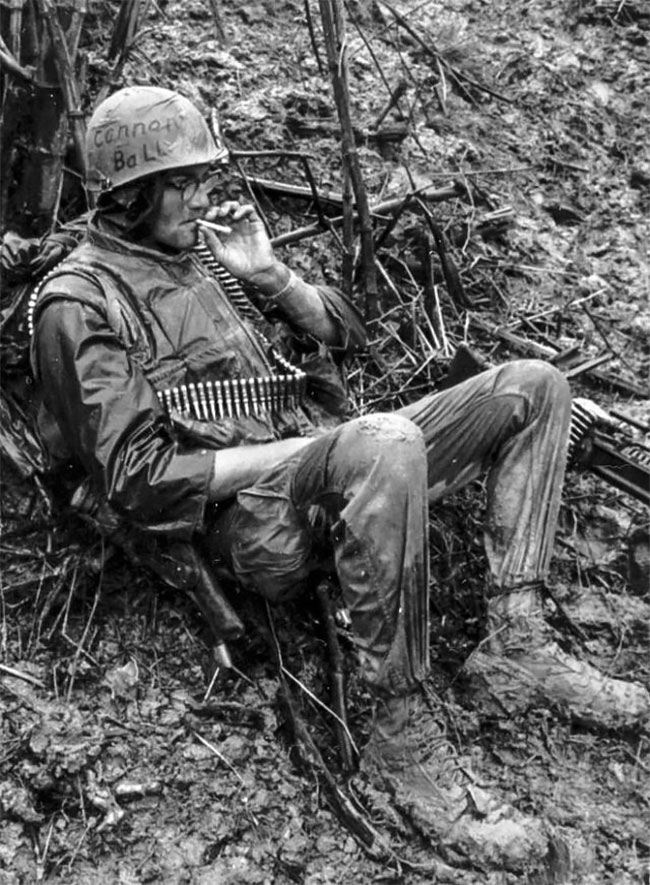